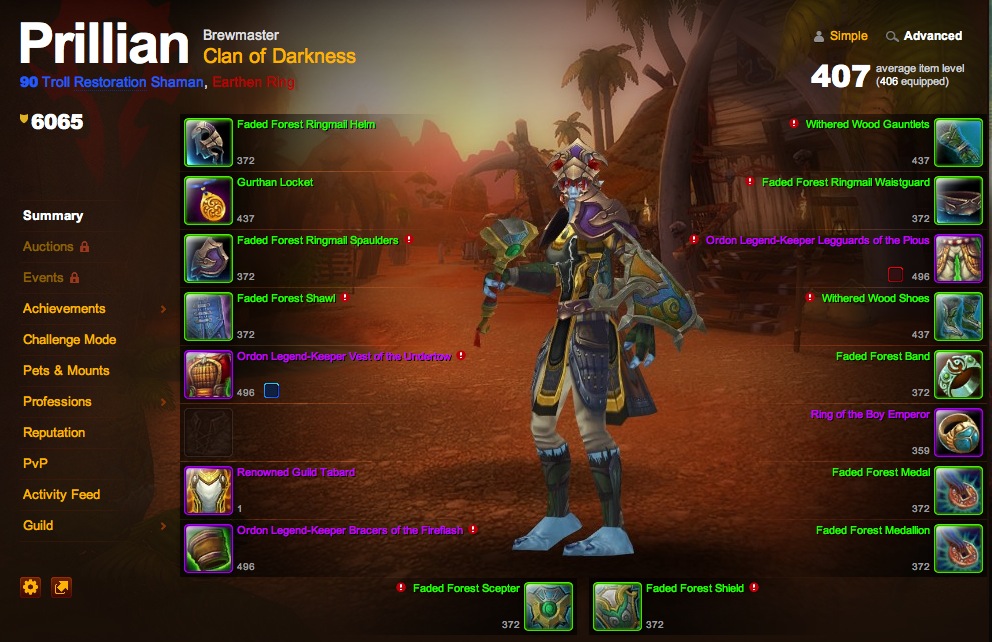 1/ Timeless Isle
No new items to add to the “Need A Bigger Bag” Achievement
We did find something interesting - instead of summoning someone across the bridge you can get them to hop into a sidecar and (person with the Legendary cloak) drives across!
2/ Brawler’s Guild
Made it to Rank 8 \o/

3/ Mount Runs
Still trying for mounts - been running Utgarde Pinnacle and The Stonecore mostly however nothing so far!
4/ Friday Night Raids - ICC 25m Heroic
Huge Thanks go out to Wingy, Berat SumDuud, Duvessae, Mel and 42 for coming along on the run! 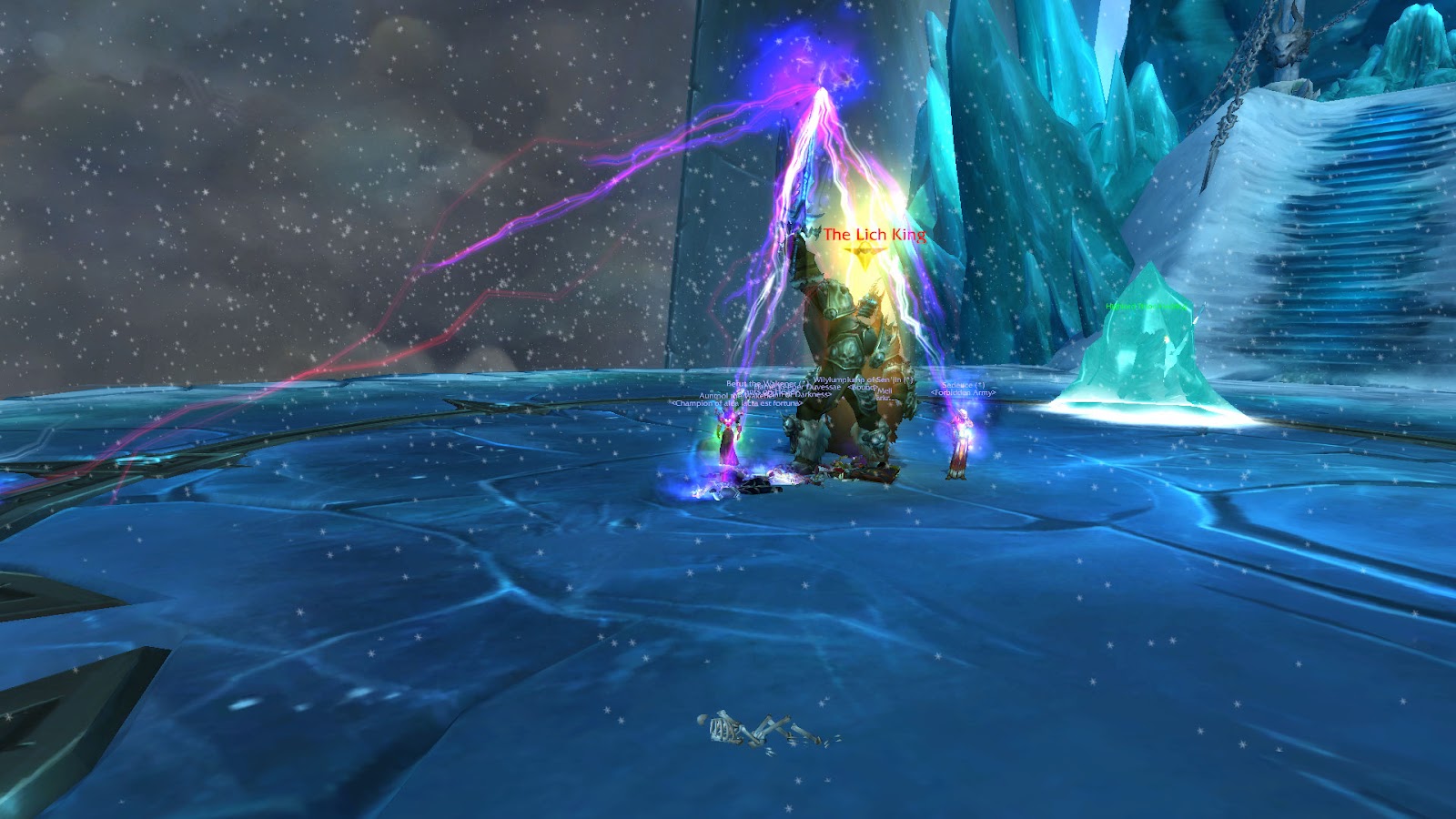 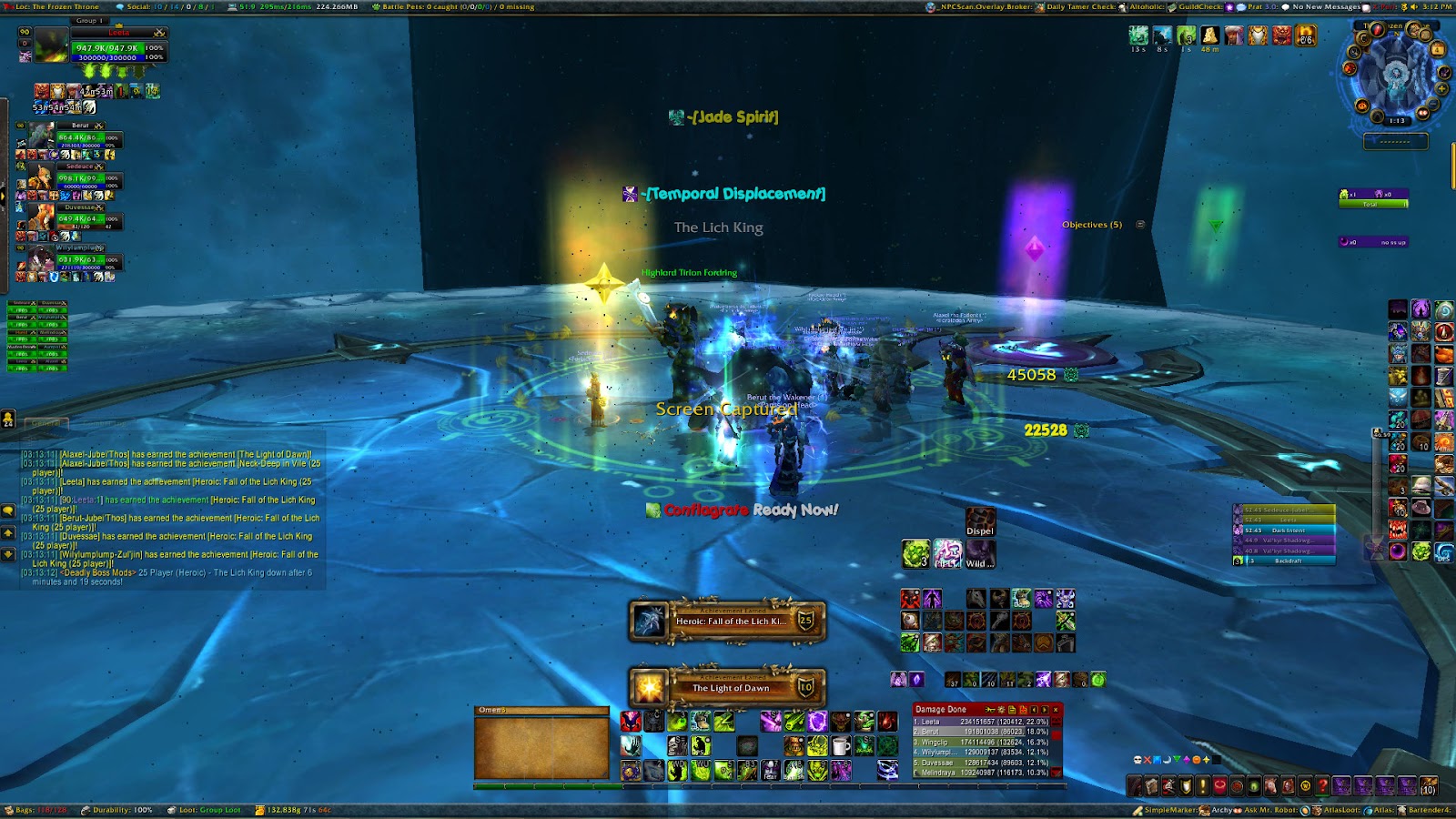 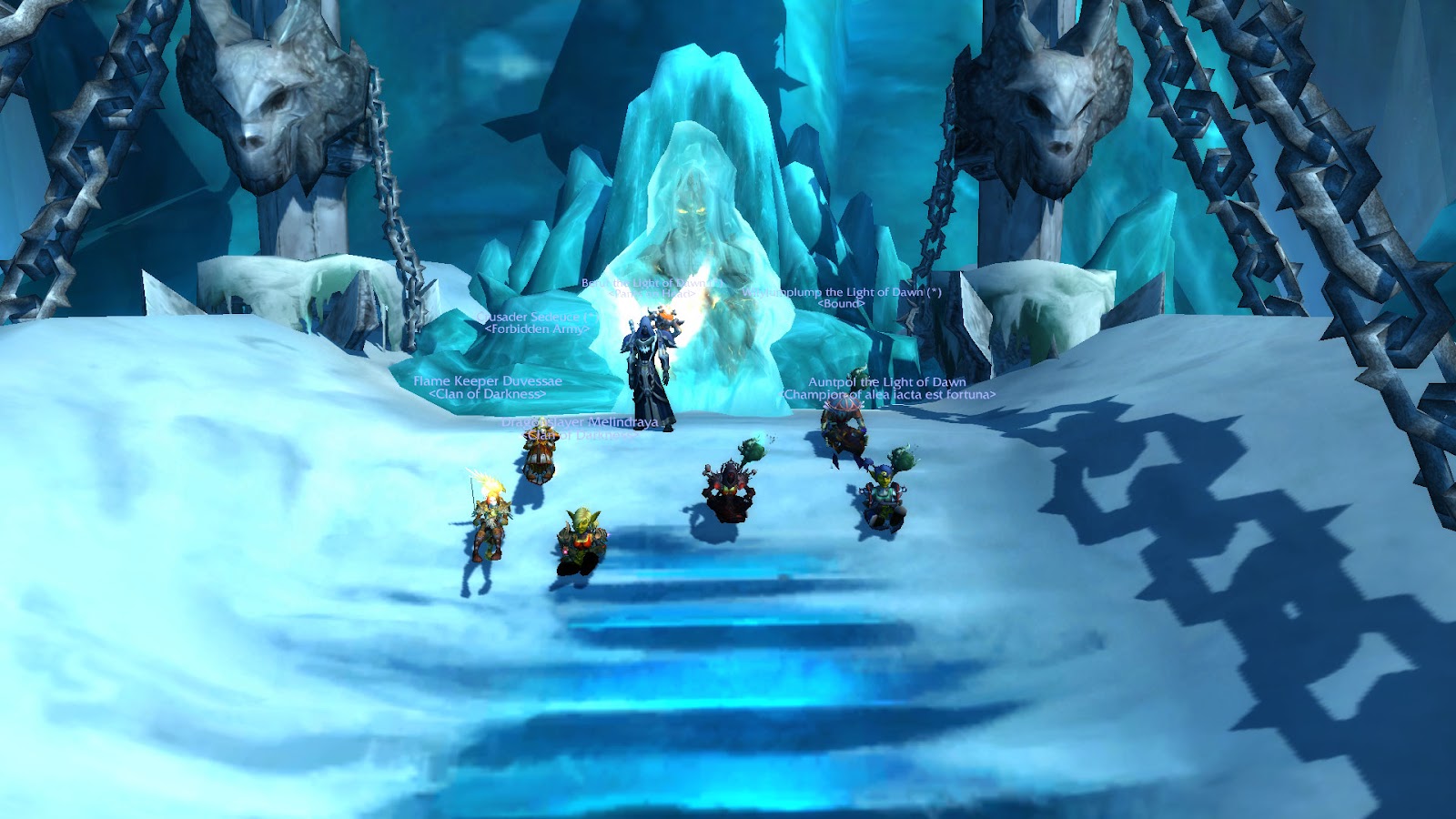 The Motley Crew! ;)
When I was flying over to ICC the sky looked so beautiful I had to take a screenshot! 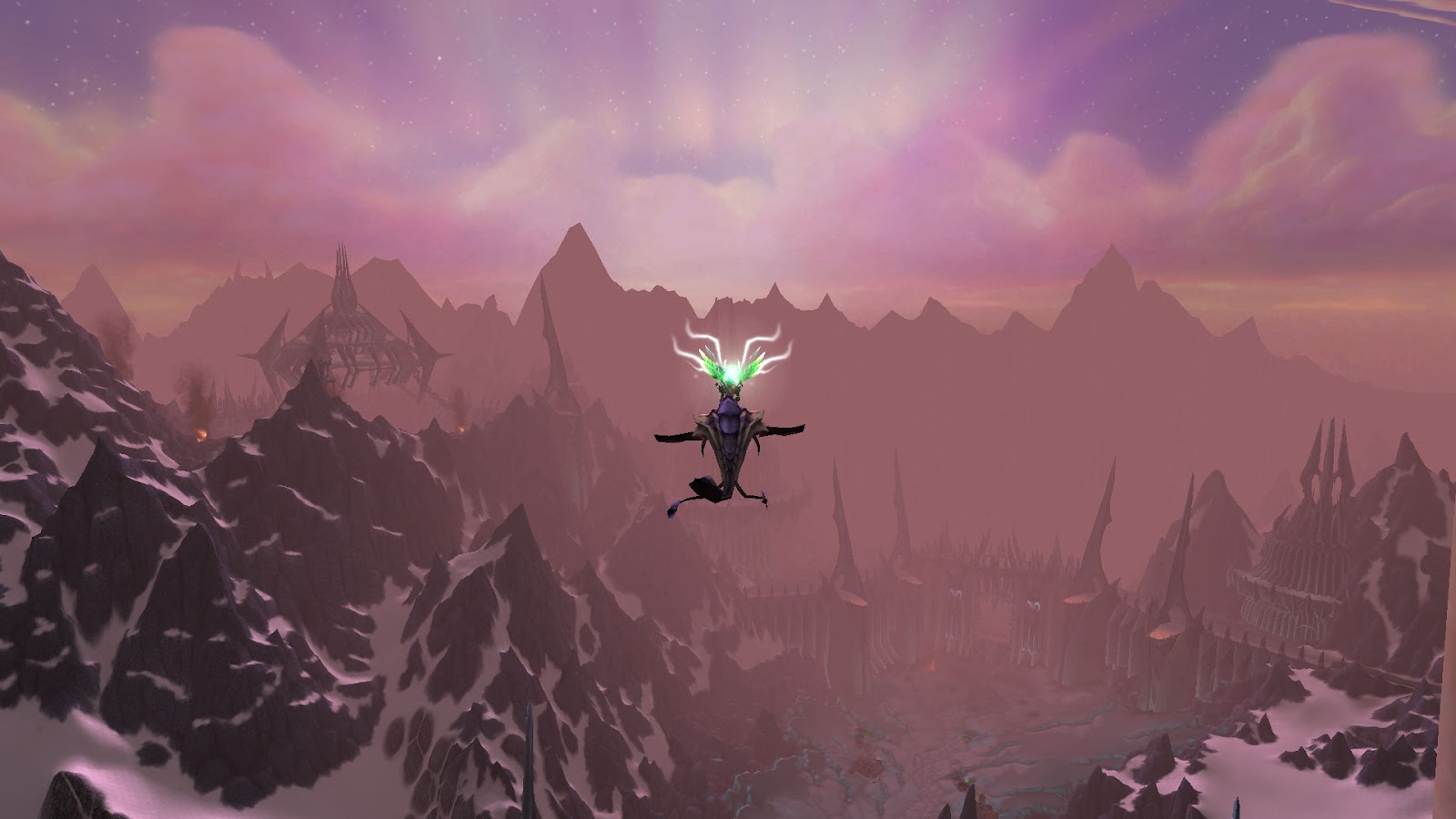 I've been listening to your podcast for the past few months, catching up on episodes, and I can't tell you how much I enjoy it.  It's so refreshing to hear people -- especially other women -- who are having huge fun playing the game their way.  One of my non-WoW hobbies is running marathons, and I love listening to your podcast on my training runs.  You have no idea how much your stories and live in-game reports have entertained and distracted me from the continual temptation to stop and have a nap and a cupcake instead of finishing a long run.  I really wanted to say thank you for all the time you put in to creating such a warm, welcoming community space.  I just rolled a DK on Earthen Ring to hopefully join Clan of Darkness, if this e-mail will suffice.

A little about me: I'm a female college professor in my 30s on the West Coast -- and yes, I grabbed the Professor title literally as soon as archaeology came out, it was a lot faster than grinding tenure has been IRL.  :)  While I've played WoW since 2004 (it coincided with my first year in grad school, conveniently) I've always felt like an eternal newb, and most of my real life people don't play or even know anything about the game.  That's cool, but I've found I don't have much patience for the complaining and criticizing that seems to happen in a lot of places I've found to hear or read about the game.  I teach ethnic studies and gender studies classes, so I know there's a lot of really awful stuff happening in the world that actually deserves my criticism and concern.  This game, to me, is ultimately a gift from the designers and other players that have created this whole imaginative world to explore and just enjoy and maybe even give us a break from all the bad stuff.  So I'm so glad to have found your podcast and to get to hear from like-minded people who play the game their way and have tons of fun.

Like Aprillian, I love playing with auctions and farms, and this week my 7 90s kept on plugging on their harvests and those endless vermin.  It's all part of my elaborate socialist alt empire -- from each according to her abilities to each according to her needs.  I reached exalted with Kirin Tor thanks to one of my continual carrot plots, so that was a nice treat.  And I finally sold my jade panther too, after weeks of the constant relisting and waiting, so Aprillian's similarly long wait on the past episodes brought me comfort!

I also identify with Rogueslayer's recent embrace of PVP -- I had a similar jump (or maybe headfirst dive?) into PVP about a year ago after being convinced for years it was the one thing in WoW I would never, ever try.  Then one day I was feeling like a brave little toaster and...next thing you know I was in a dozen battlegrounds a day, every day.  I am also a fishing fan and this week finally caught my tiny blue carp (someday the white one will be mine too).

And I love hearing about Leeta's far-flung adventures, from dungeons to LFR to Timeless Isle -- this week I got my little Zao calfling pet from the Celestial Tournament, which brings me to the Timeless Isle every week.  I am also a shameless pet/mount/achievement collector and I'm getting ready to confront Jeremy Feasel next week for the umpteenth time, so I feel Leeta's pain with every report.

Finally, I have to thank you for inspiring me with your open, accepting approach to the game to do something I have never done in ten years of playing.  Until this week, I had never entered a dungeon with another player (let alone four others).  I was always too intimidated and worried I would screw up, get someone killed, loot wrong, be a "clicker" (I am) and otherwise just not know what to do.  Listening to different episodes where you all tried something new and survived and maybe even enjoyed it, I had another brave little toaster moment a few days ago and just jumped headfirst into a random heroic dungeon for the first time.  Probably kind of crazy, having never even done the regular versions, but it was fine.  In fact, it was great.  Kind of like with PvP, suddenly I was hooked and now I've done almost a dozen.  It doesn't hurt that there's a pug pet in it for me if I keep going, of course, and I know it helps to be doing it at the end of expansion with highly geared players.  But on the third dungeon (Scarlet Halls) the rest of the group either went afk at the beginning, got into fights with each other and left, or died, until I was the last one standing after someone pulled a room full of elite 90 guards.  It put me into queue as the leader of this solo group and I assumed I was really most sincerely dead.  But then my little pally healed and hit (slowly), healed and hit (slowly) all by herself until all the bad guys were gone and four new group members ran up and we finished the dungeon in style.  It felt pretty great to make it through that dungeon and prove to myself that I could do it.  I want to thank you for inspiring me to just enjoy the game and take a chance, no matter what anyone else might think of my gear or my clicking or whatever.

Anyway, thanks for indulging me with this e-mail, and thanks for your terrific podcast.  I hope this will qualify me for membership and I hope to see you all in-game!


Up up and a-wow
Kurly audio 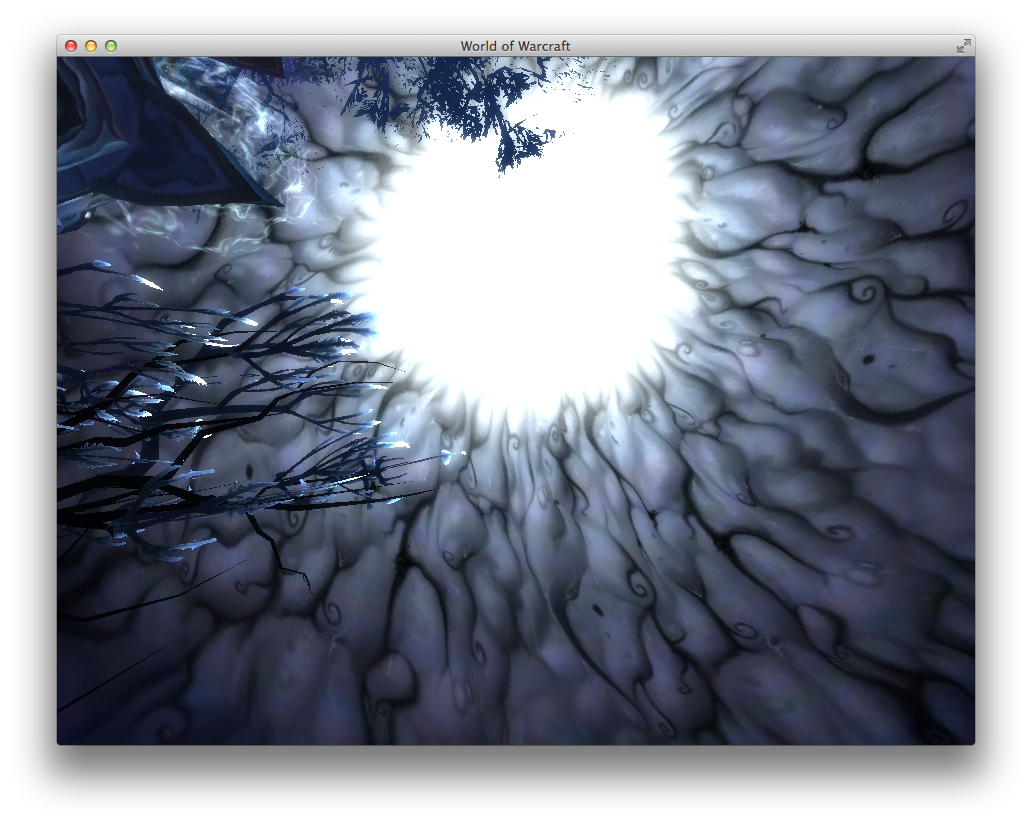 Wow I can't believe how quickly Summer flew by. So what have I been up to since I've sent my last email? I'd love to say I did something profound or creative but nah... its been all video games and Netflix.

Haven't played much WoW in the past couple of months. The celestial tournament and mount farming just isn't incentive enough for me to log on most days. I managed to finish the first wing of Naxxramas in Hearthstone, but I'm on the fence about purchasing the remaining ones. Hearthstone fans should consider giving Might and Magic: Duel of Champions a shot. It's also free to play and has a pretty fun single player campaign if you're the anti-social type like myself.  Ooh! I almost forgot. I did manage to level a warlock to level 23... in Destiny. I've also logged many hours on the good 'ol PS3 saving Sanctuary from the likes of Diablo and Malthael. Is there a better sound than a legendary item drop in Diablo 3?

What else have I been up to... Let's see. The Baltimore comic-con was a couple weeks back and as per usual it was a great show. Hopefully I'll be able to attend another con before the year is through. It looks like Ohio Comic Con or Rhode Island Comic Con will be my best options. If one of those don't work out, I guess I'll haveta settle for the Blizzcon virtual ticket. Leeta will be live tweeting during the whole thing right?

While perusing the Blizzard store I noticed that the Wind Rider Cub and Gryphon Hatchling  were back in stock, so of course I had to buy them to replace the ones my niece and nephew commandeered. Now I have a problem with what to do with the pet codes since in-game pets are unique and cannot be caged. Any ideas? 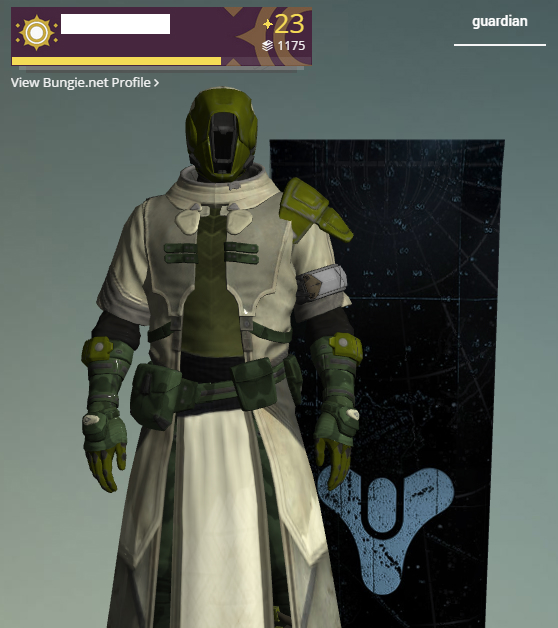 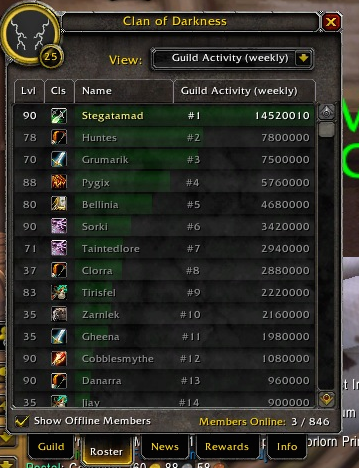 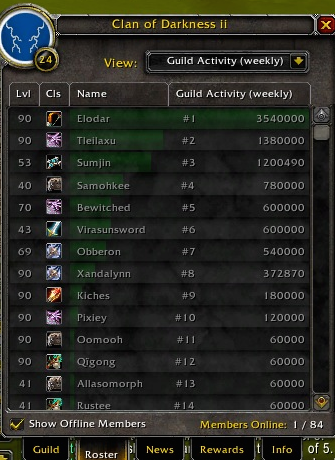 Posted by Aprillian at 5:17 PM