Hello Ctrl Alt Wow darlings!  Aprillian, Tedrah, Leeta & Rogueslayer!  And chat room!  I'm so sorry, I didn't get to play this week and have been completely obsessed because I'm buying a property and we're in the closing phase!  WOOT!  So yeah...completely distracted, but I hope everyone's doing great and I'm sure I'll get to play soon.  Just wanted to let you know that I AM thinking of you and hoping everyone's doing great this week....

/great big hugs & kisses!  *muah!*
For the Horde, for the Alliance, and for my very own Garrison! hehe 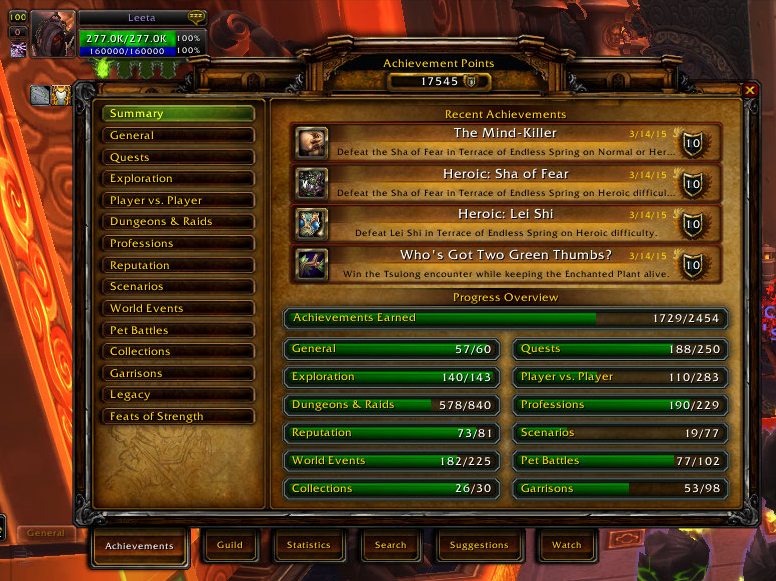 Achieves Every Which Way! 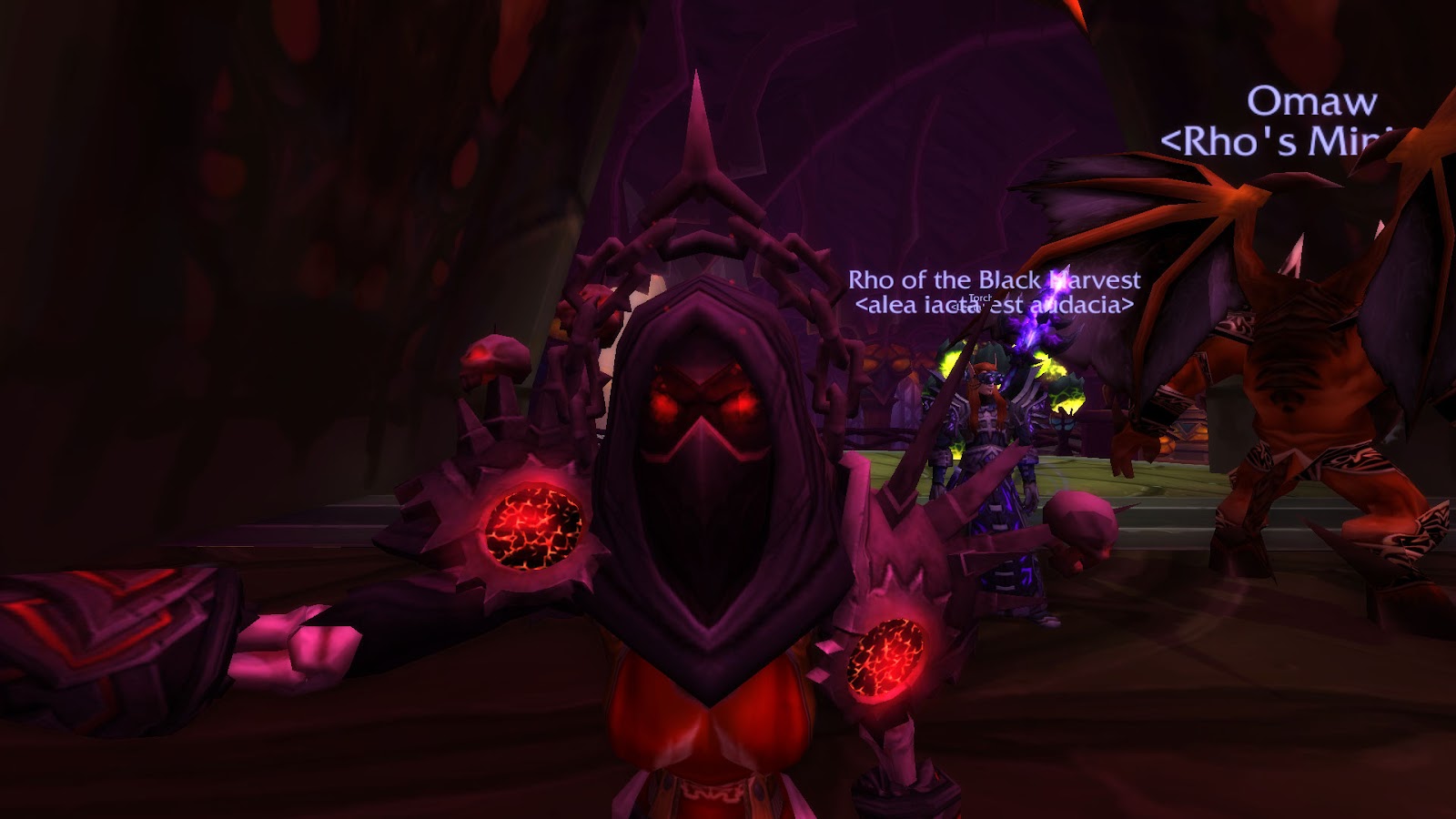 Sneaky selfie with Rho!
Ran Heroic - Temple of the Jade Serpent and completed the Pandaria Dungeon Hero Achievement
http://www.wowhead.com/achievement=6925/pandaria-dungeon-hero
Thanks to Ashayo and Wingy for helping me! 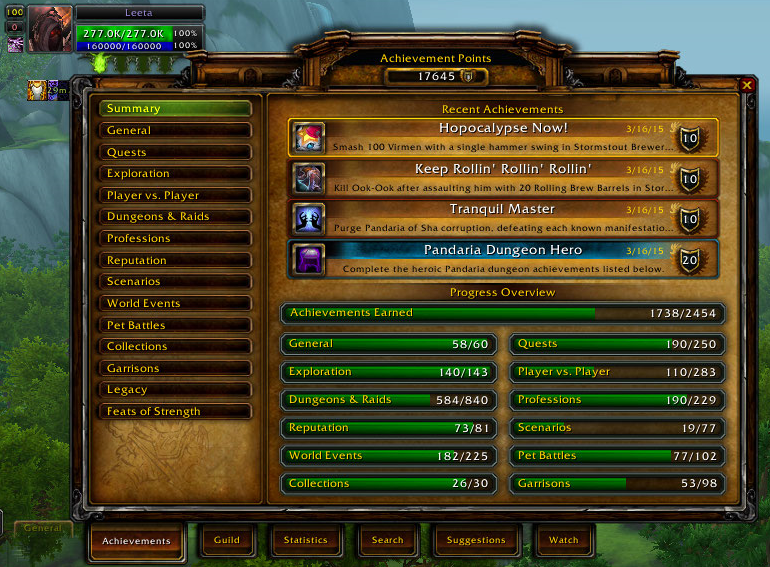 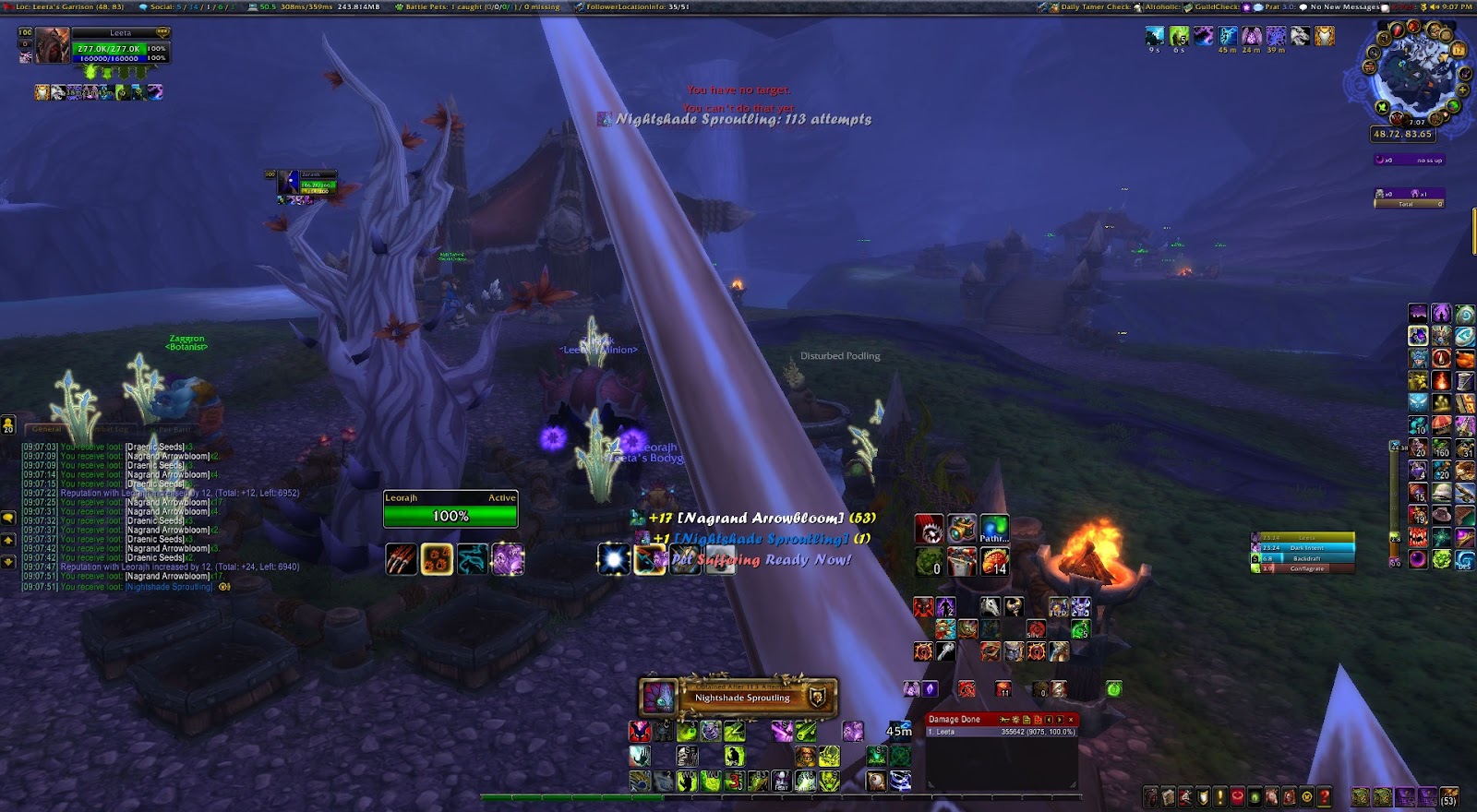 3/ 3 manned Immerseus - Siege of Orgrimmar
It was a long fight but we got there! 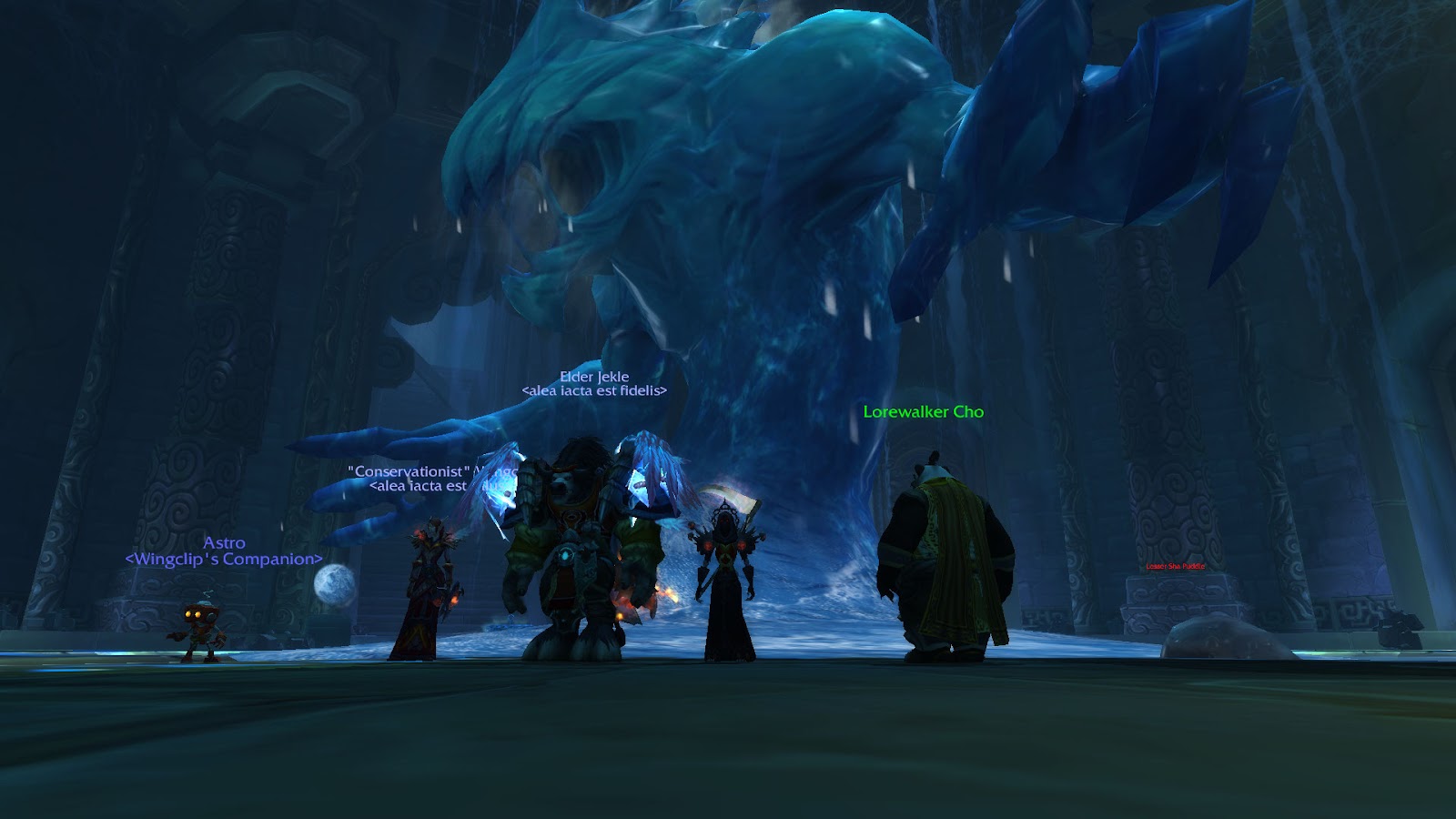 Victory was Ours!
4/ Timeless Isle
No luck with Jakru, Osu or Monstrous Spineclaw!
Although I did some pet battles up on one of the very high hilltops! 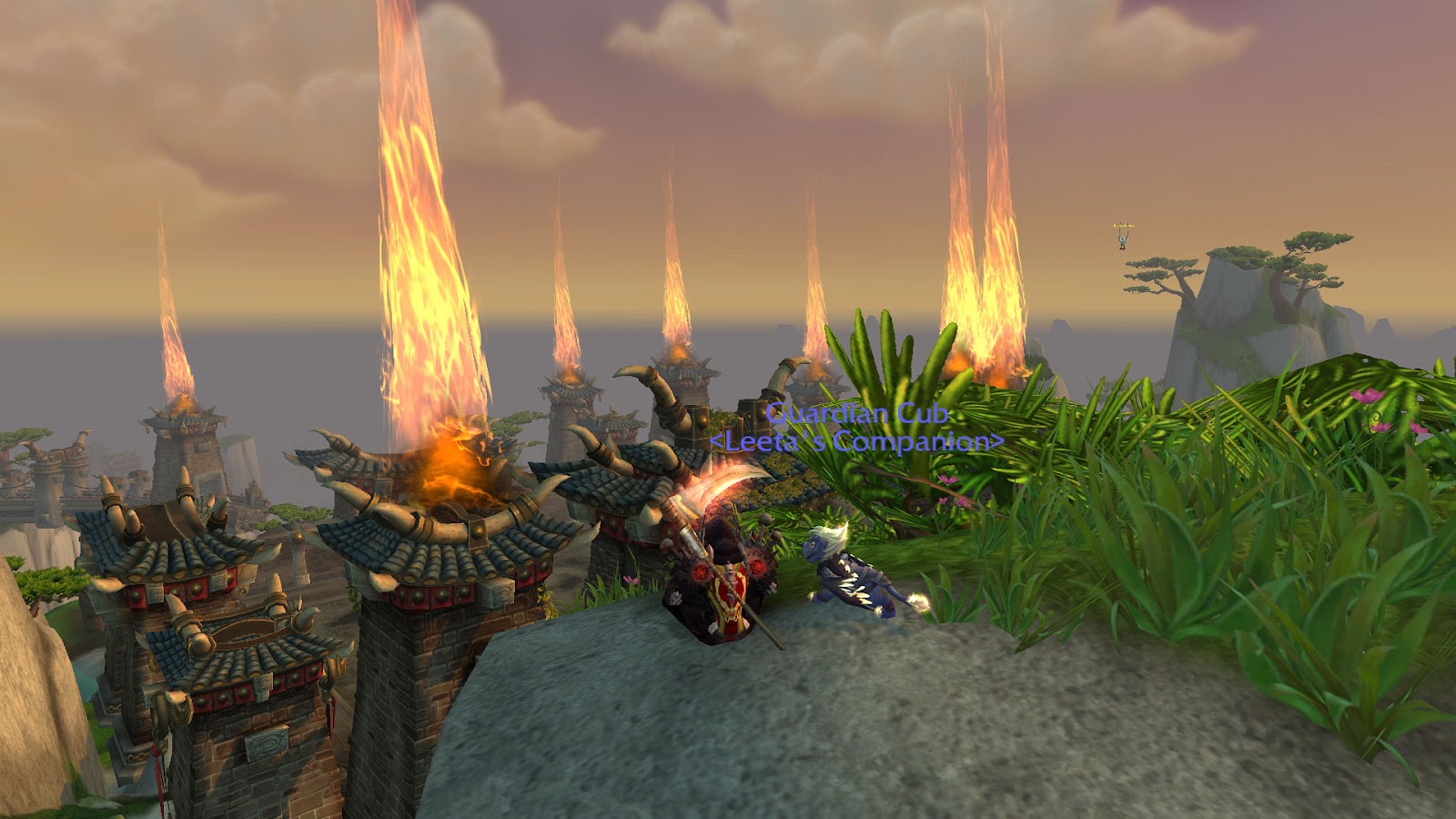 Overseeing!
And this was a Garrison quest I did over in Spires where I turned into a Predator looking thing! 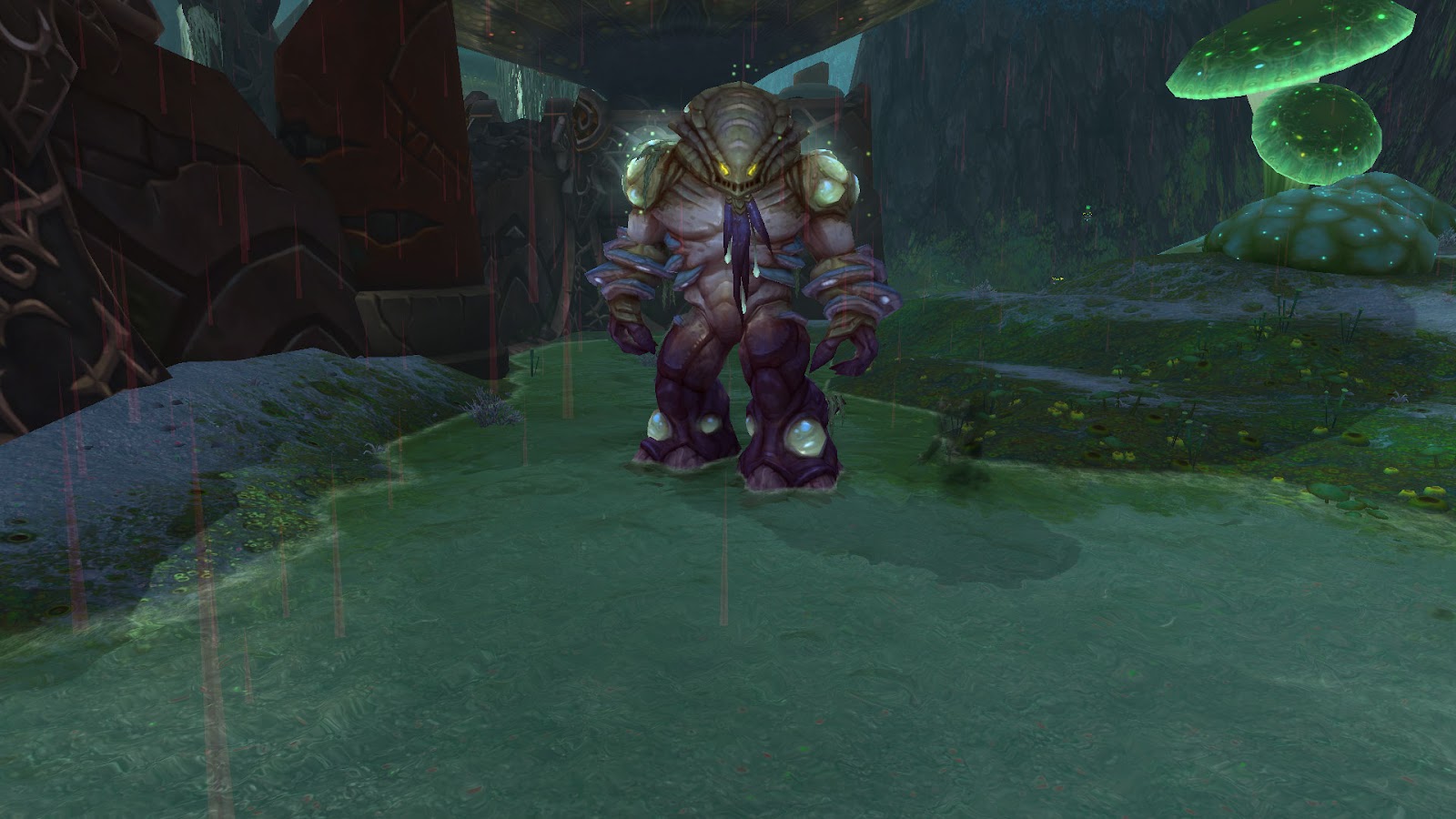 Not my baby
So my main PC has died it gave me 4 good years now its gone the hard drives are fine as far as I know I am pretty sure its the power supply and or graphic cards either way I will be looking into getting new ones of each looking at about $900 to replace them I am going to see if the local guys can do it cheaper. It was annoying as I just updated my sub of WoW and now I am looking at least a month to save up the funds I need to cover the bills and replacement parts. So basically life is grand right now on the plus side a lot of people are going on holidays so that should mean more hours and higher pays so hopefully that means sooner back into the game. I am sending this from my old lap top that is struggling with Facebook games I should replace it but as in all things lately my needs out weigh my abilities to afford them.

And for getting my main back up and running as soon as possible and no audio till then etheir because I have next to no space on this thing to record.
Big G


Subject? I don't need no puny subject
Hello All. Hope everyone's doing well. Just thought I'd give a quick update as to what I've been doing in game for the past month or so.

Much like Leeta, a good chunk of my in-game time is spent battling the vicious RNG boss. For some reason I decided that I needed the raptor mounts from the Isle of Giants so I headed out to do some dino murdering. Good news is I amassed the 9999 dinosaur bones I needed to get my Bone-White Primal Raptor rather quickly, the bad news 7 primal eggs later and I still haven't seen a black primal raptor. I'm crossing my fingers that I have the lucky egg I need in my bags.

A couple of weeks ago I happened to notice that I was only a couple achievements away from the Glory of the Ulduar Raider (25 Man) meta-achievement so I decided to finish that up. Now that I have a brand new proto-drake to fly around on I've set my sights on ICC. I've never been much of a raider before, but I must admit smacking around Yogg-Saron and Arthas is loads of fun. I want to say thanks to my Clan of Darkness guildees because most of the old school raid achievements I have are from the Friday night runs I was able to attend.

Moving on to everyone's favorite pet battles, I am happy to report that I'm now up to 650 unique pets with every one of them at atleast uncommon quality. My goal is to have them all upgraded to rare within the next few weeks. Maybe after that I'll think about leveling all to 25. I also managed to finish up Raiding with Leashes III. Isn't K'ute so well... err... cute?

Oh well that's enough for me for now. Have a good show.

For the Horde, for the sandropers, for the rule of acquisition 106 and for not stealing Big G's and Grand Nagus' closing lines next time

P.S. Here's a selfie of me with High Overlord Saurfang who seems to have taken up permanent residence in my garrison. 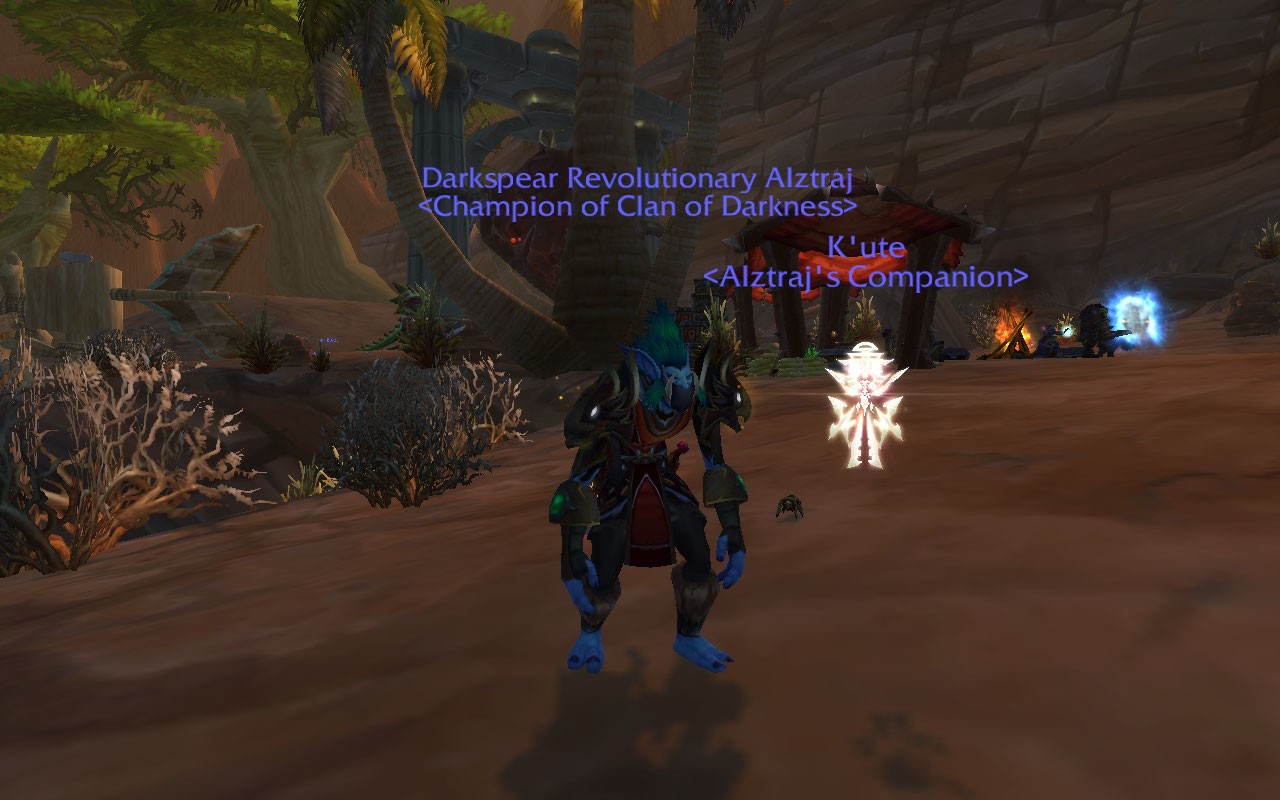 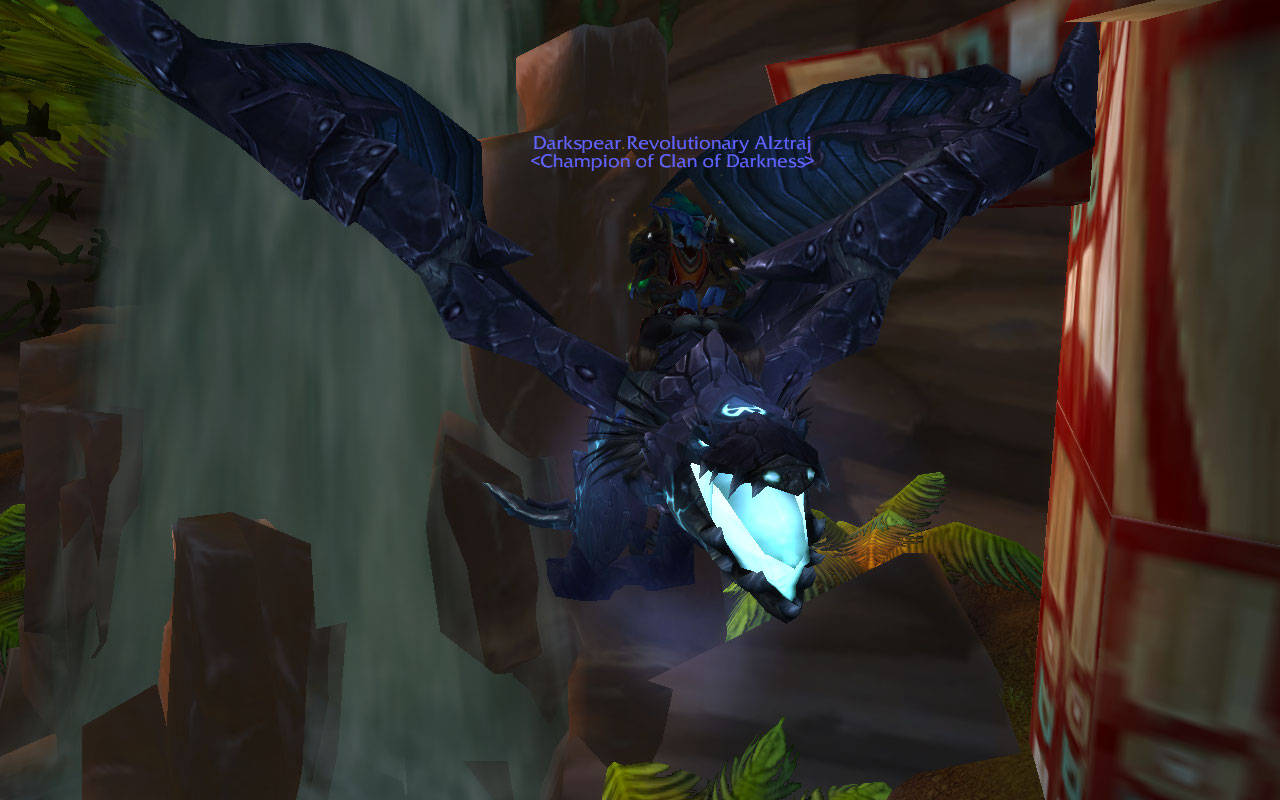 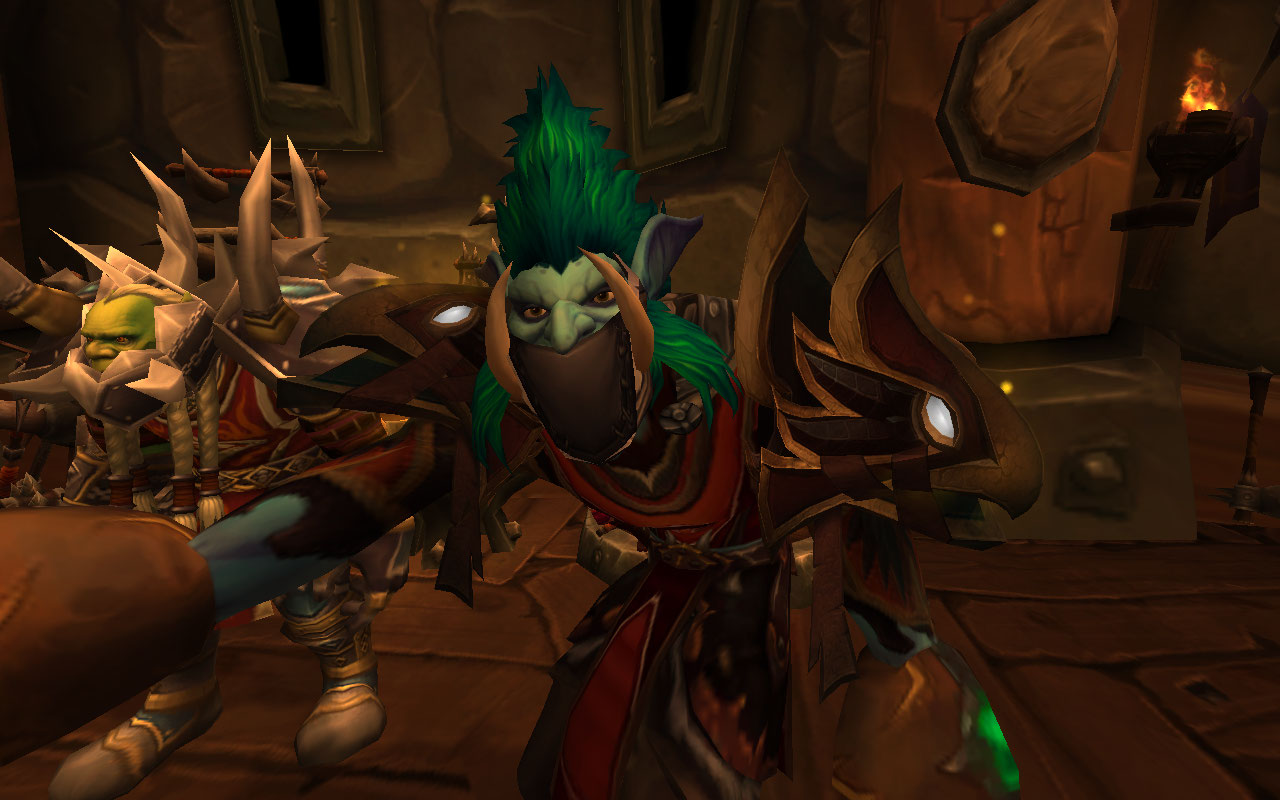 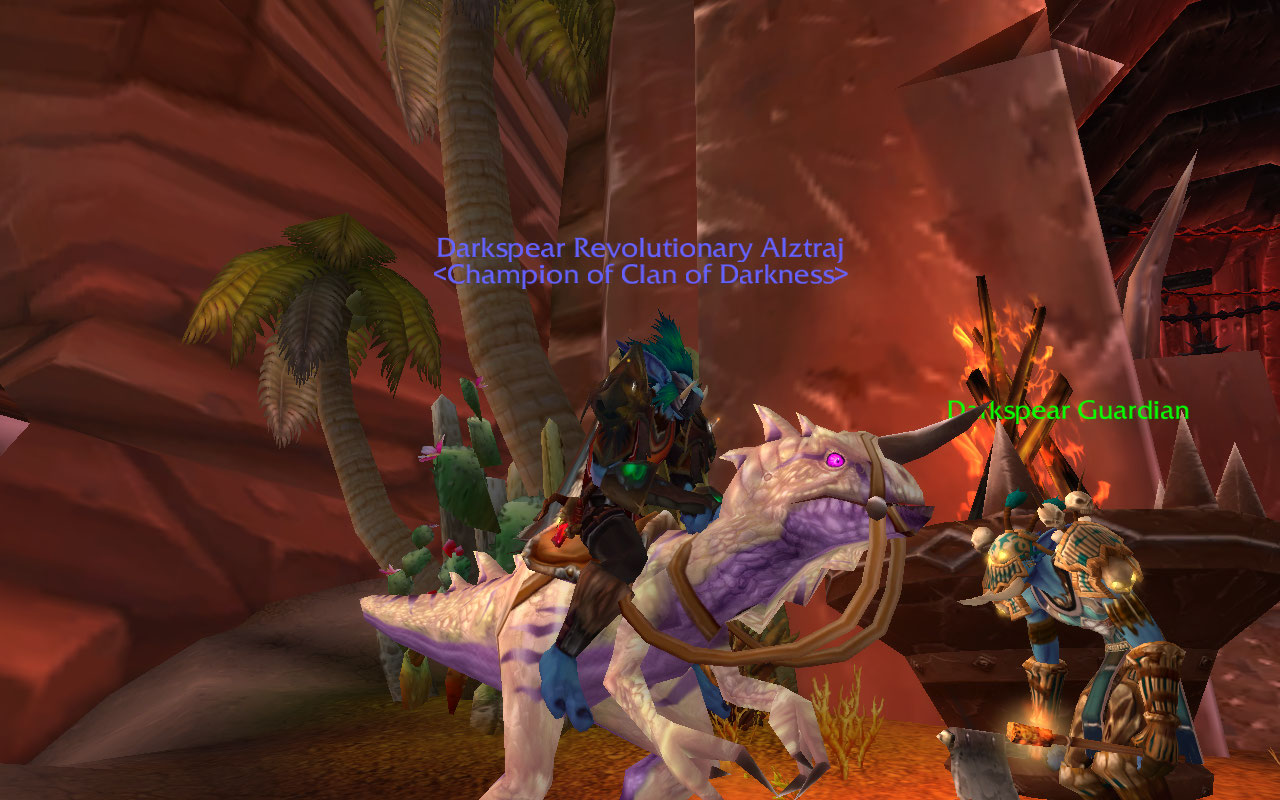 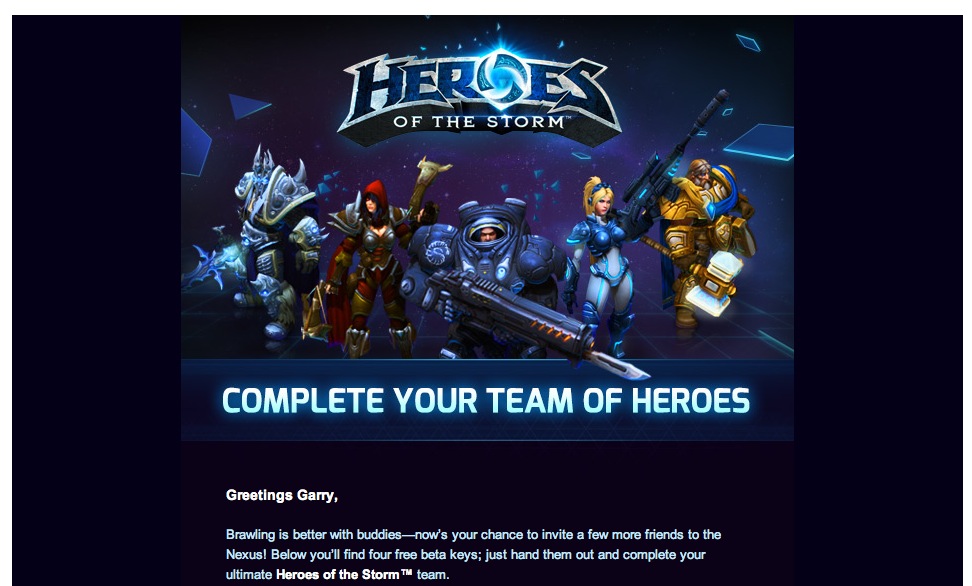