Aprillian, Constrax, Vrishna, Grand Nagus and guest hosts discuss another week of playing World of Warcraft, Blizzard's greatest MMORPG. The show features audio segments and email submissions from our lovely listeners. Guild Round up from Constraxx.
If you want to join the conversations on the show, we have a live chat room with in-game giveaways moderated by chatroom-guru Constraxx. We record Live on our Twitch.tv page twitch.tv/ctrlaltwowpodcast
We also have an ongoing contest. Send an email to ctrlaltwow@gmail.com telling us how you play WoW, either as an altoholic or dealing with it in your family life to being placed in a drawing for a WoW Pet or an Authenticator. 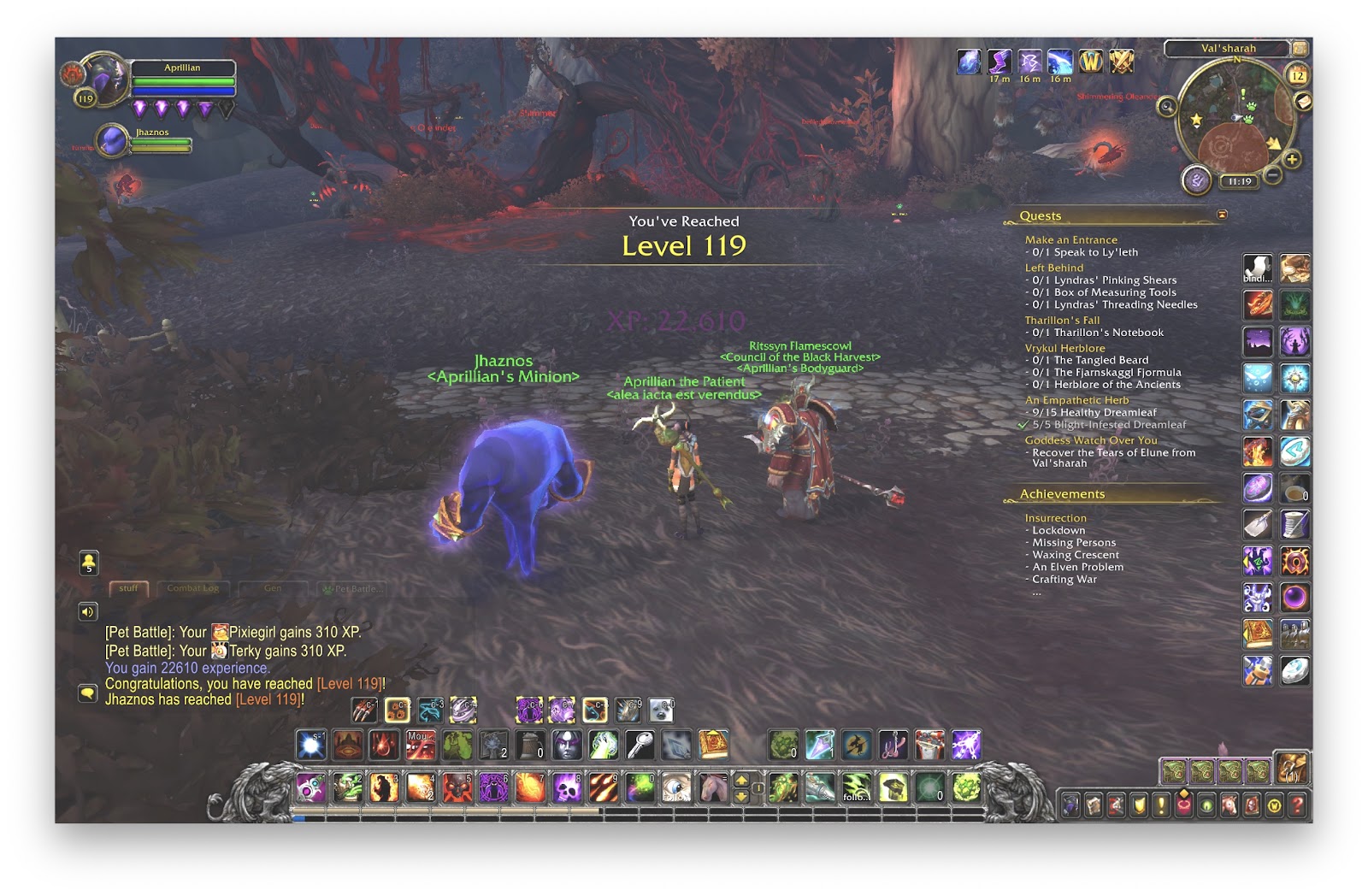 2. Nazjatar ally aoe, kpow kpow, and break combat after killing the ally to see the emote (orc name - loves you)

3. Warfront reward Cooldown 1 week? really? Heroic warfront takes a week to contribute to, so it's a 2 week Cooldown.

4. Raids (old school with serious tanks), prep ready pull in 8 seconds.  Wipes are quickly reset and pull the second all the players are back up, no 10 minutes between pulls.  Doing the safety dance with a dead raid, you get the jist of it in about 4 minute.

5. Tanking on a Gnome warlock lvl 37 vs level 73 Death Knight in Dire Maul.

7. Pulse check on Mechwarrior 5 everyday to see when the Closed beta goes live, there has not been any single player campaign since 2002.  Graphics are stunning, looking forward to HCoD, the proper way to shoot your opponent in the leg from systematically years of PvP. None of the strafing jumping bunny lag fest that so many shooters have nowadays.

8. Network glitches vs enhanced graphics, the engine is buckling at the seams on a few things, you can see many improvements like free upgrade to riding 100% from 60% riding speed.

Addon Research :
“Camel Spotter” in Uldum… 2 versions, Warmode Off, Warmode On.  Works with Tom Tom, up down arrow, flightpath closer to this location etc. 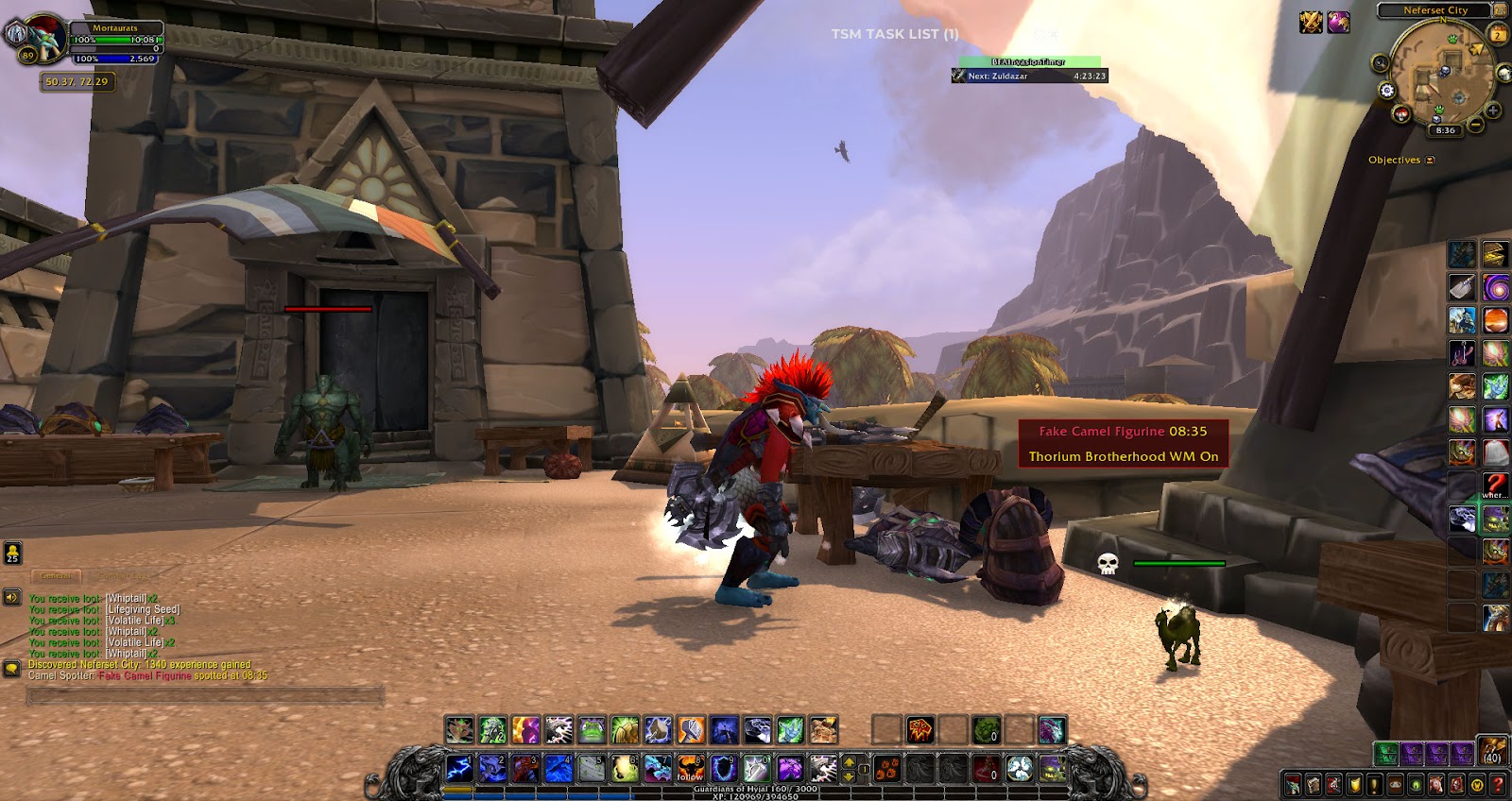 If you loot then no respawn for 2-8 hours per server per warmode.  50 locations but only 1 Figurine up at a time. Once looted it will despawn or transport you to Felaras to fight the Camel Hoarder for the title and the mount.

It is my first time seeing any Camel figurines in 7 years, thanks Blizzcon, you rocked it for me all night long :D 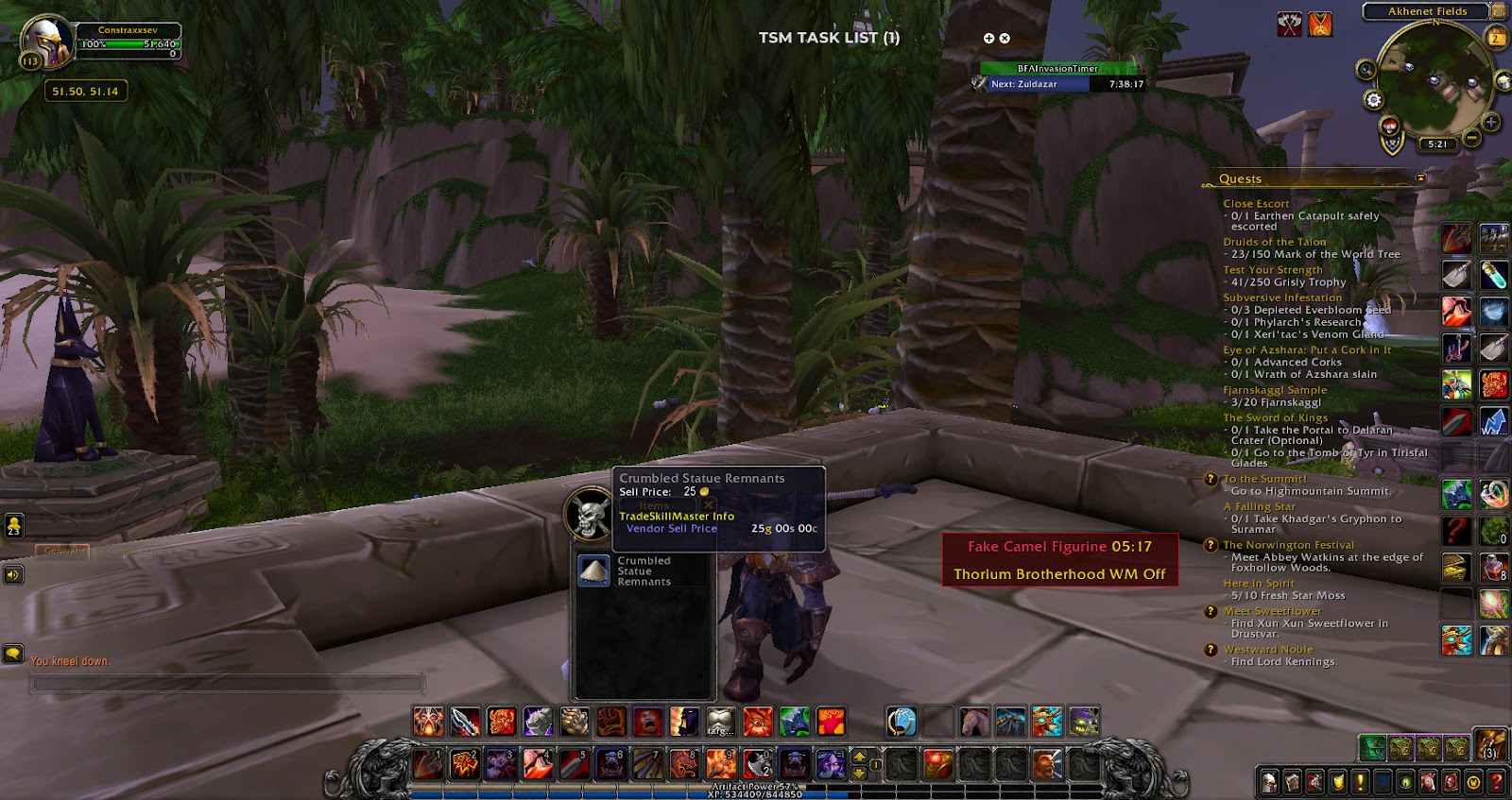 Looting a Fake Camel Figurine will turn it to Dust…  Just in Case you are wondering there is a Camel Figurine portion for Handy notes that works in conjunction with all these versions and plugs coordinates into tom tom. HandyNotes_CamelFigurines_v1.4.zip 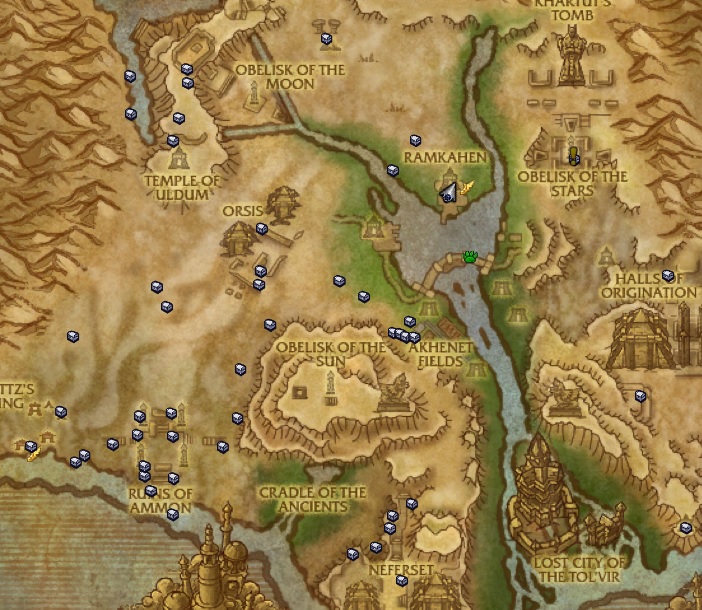 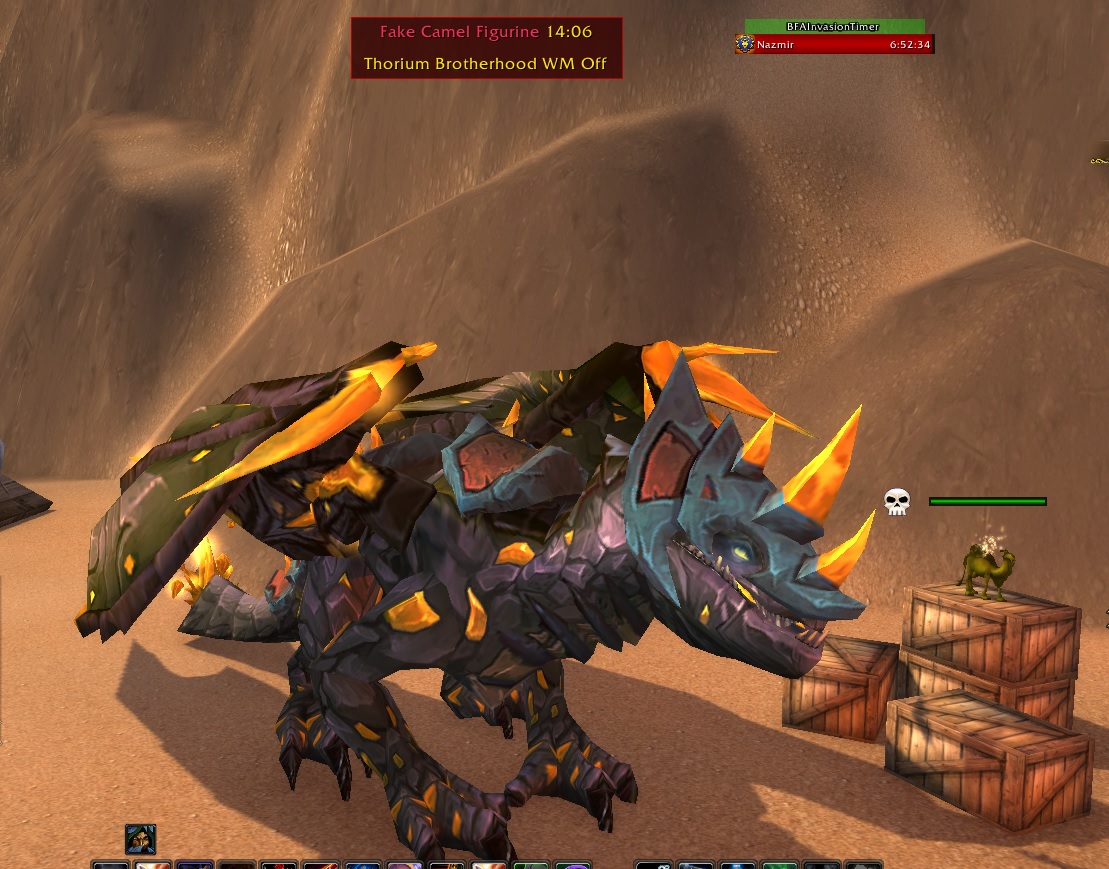 Got into SoCal on sunday.

I got to meet Matt Rossi at the meet and greet, one of the few people of the community that i NEVER thought i’d meet, EVER. 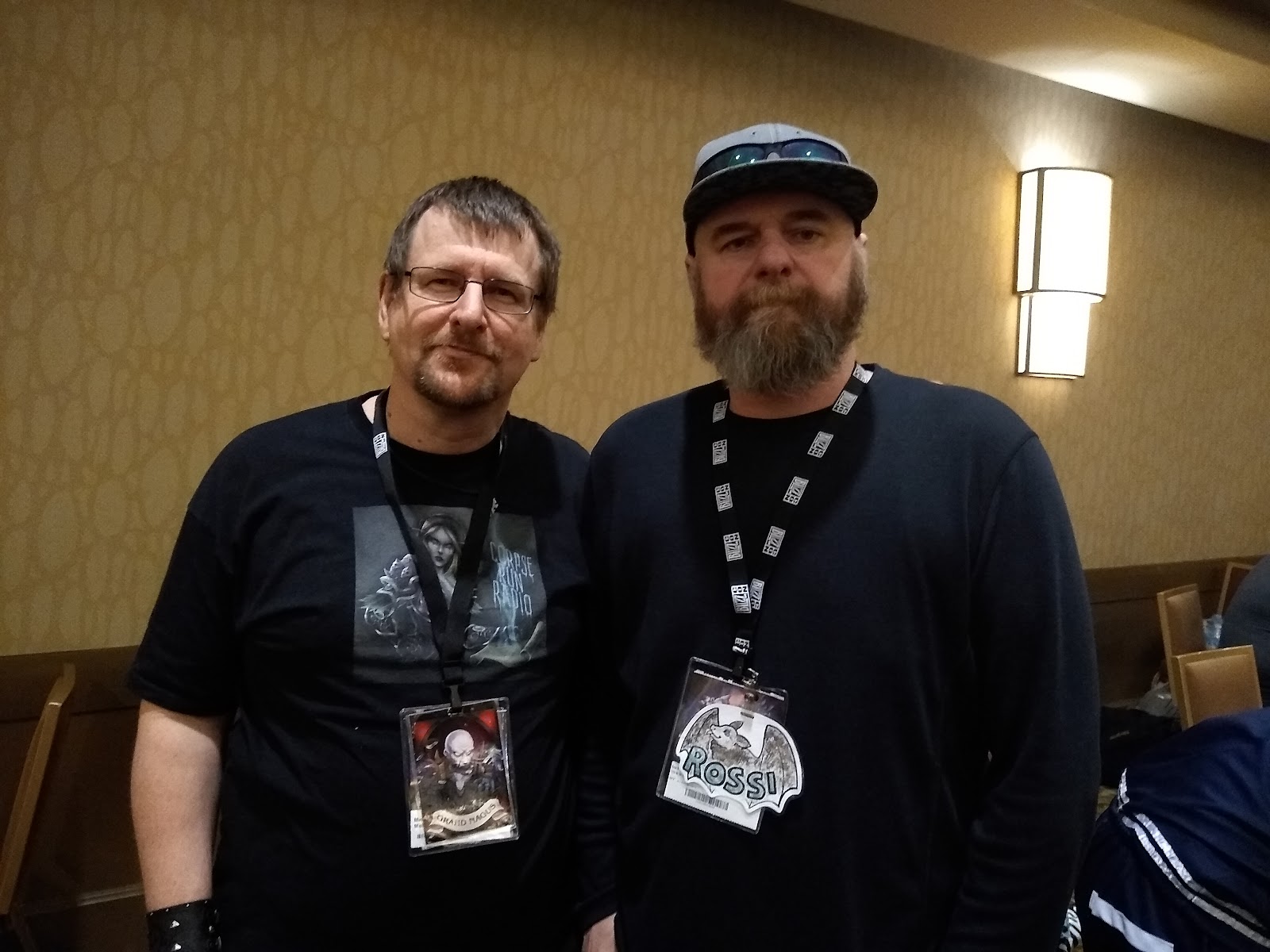 Also i got to meet Deva Marie and Terran Gregory again. 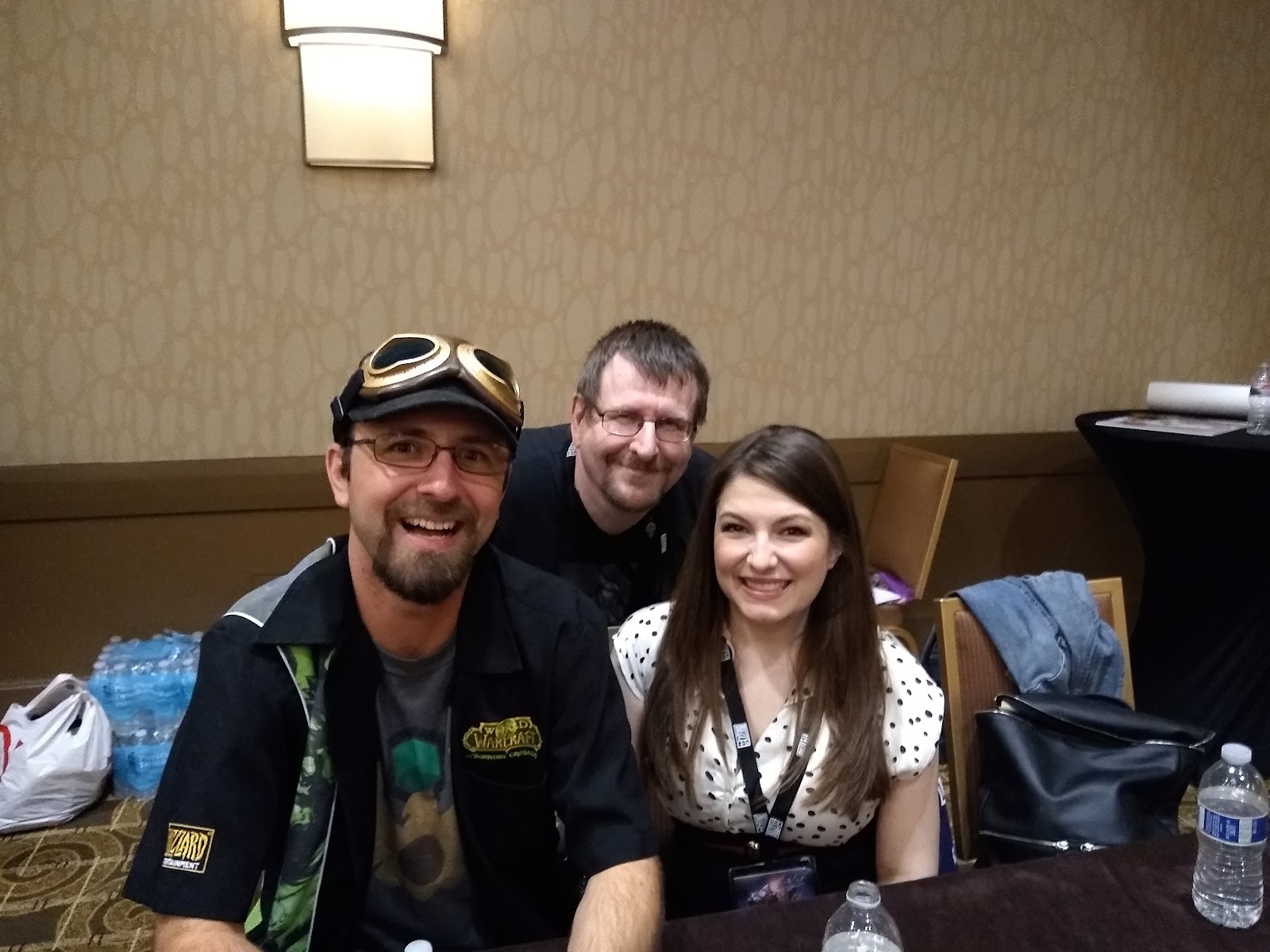 And i found a new Pepe, Mechano-Pepe, so great. 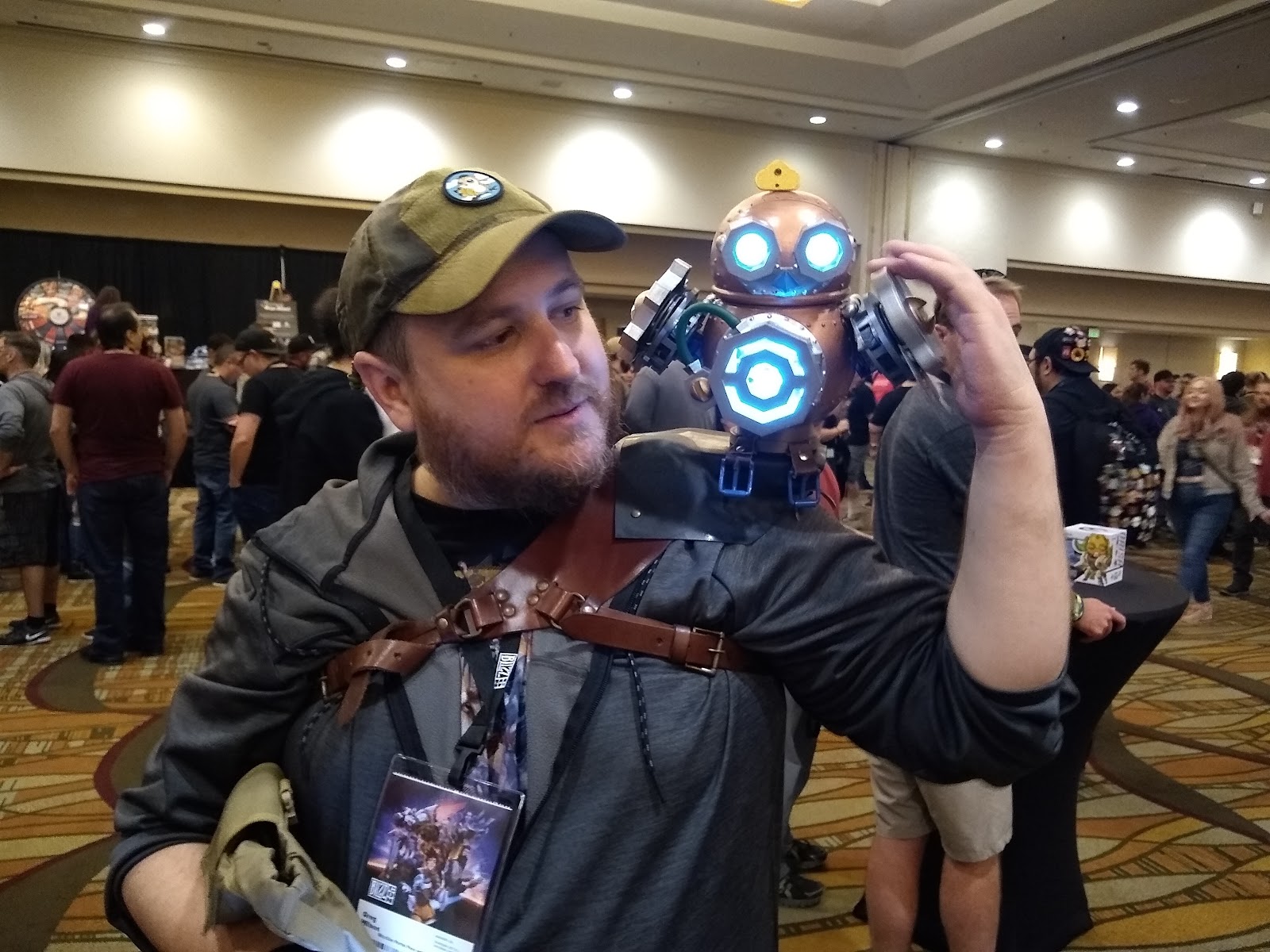 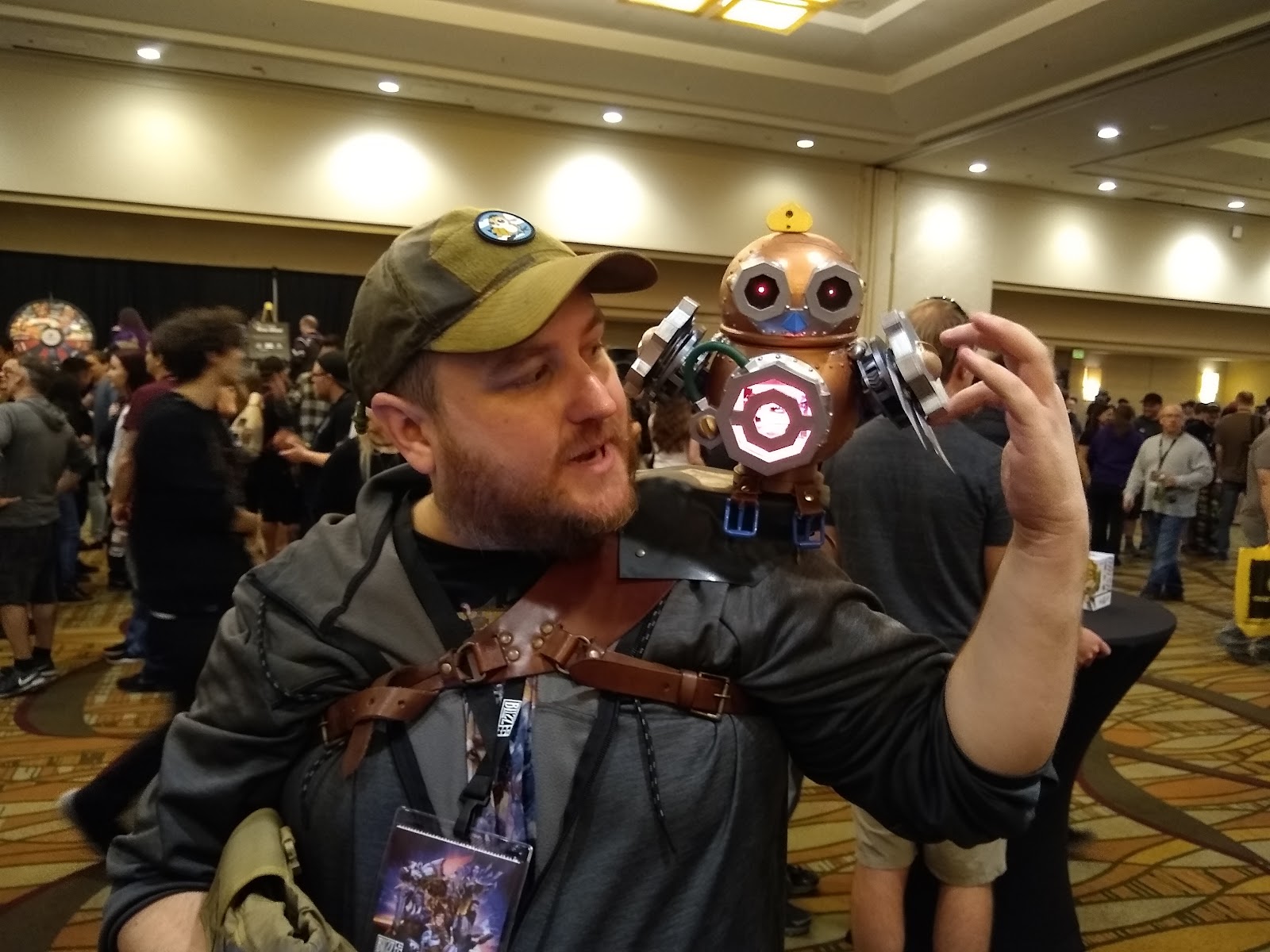 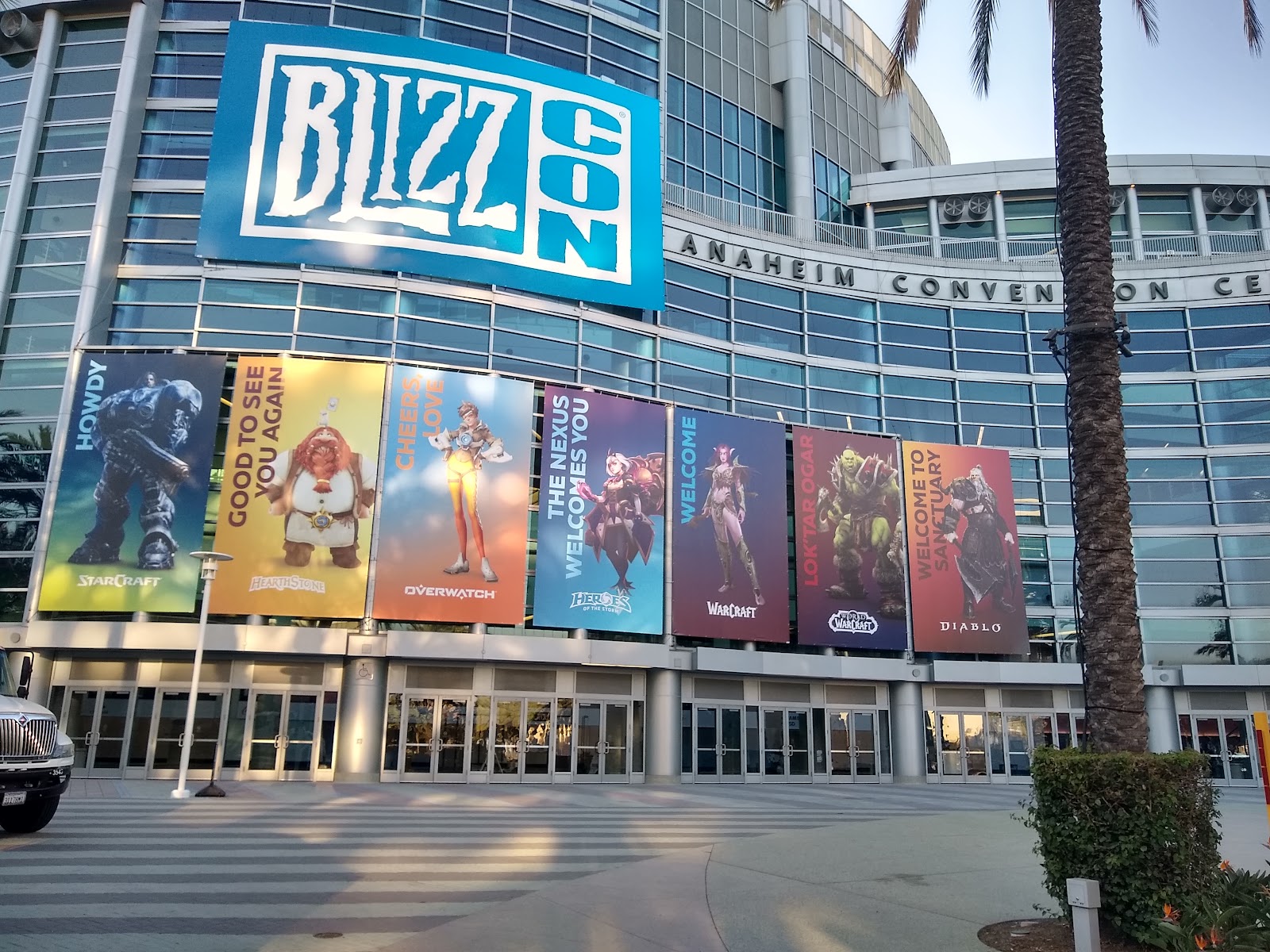 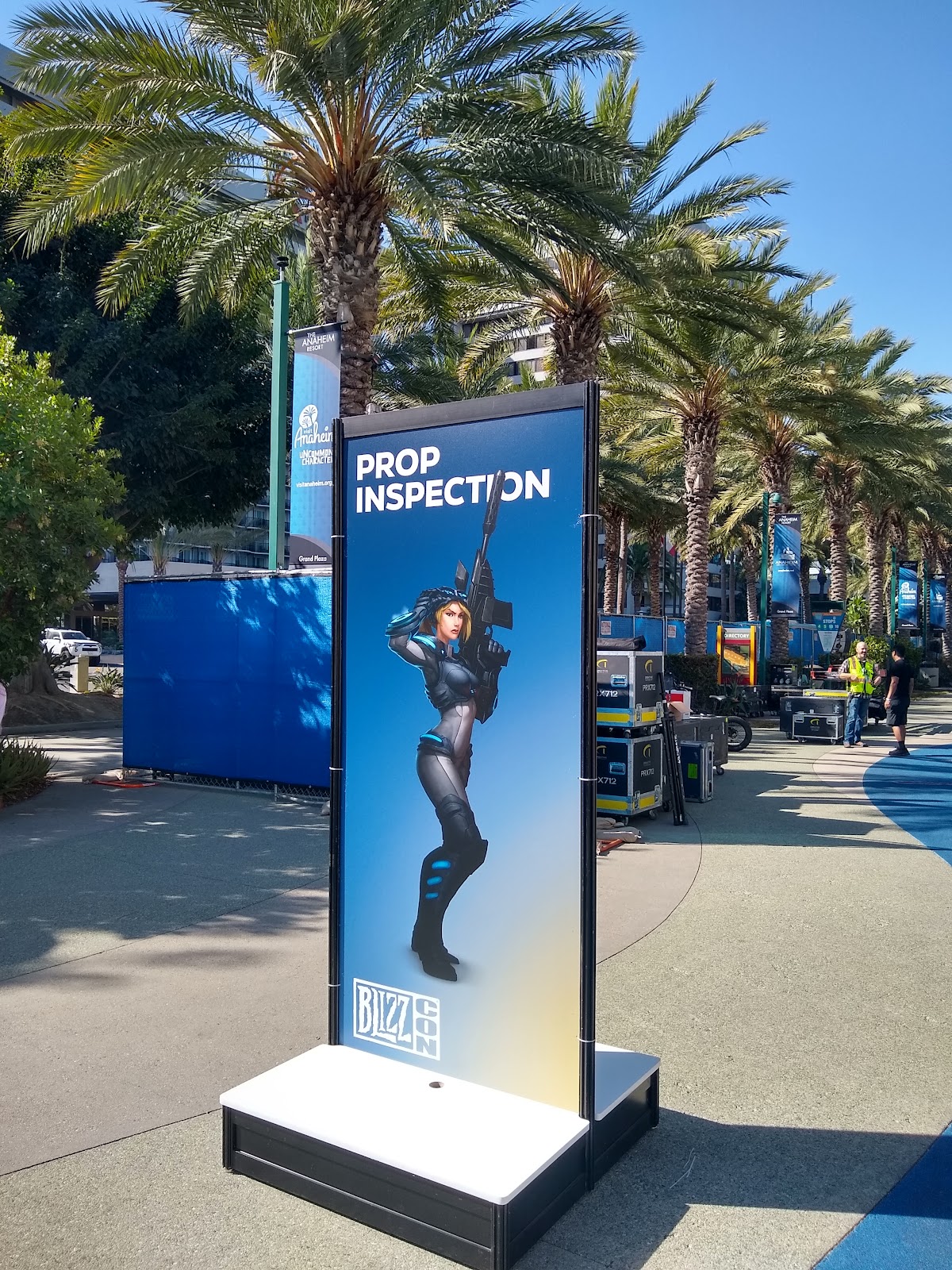 Meeting people from the community is way more important than the con itself.
I got to meet people this year that I never in my life thought i’d ever meet in person: Matt Rossi from BlizzardWatch, WoW Parody singers Sharm (she was part of the community night talent contest) and Ember Isolte as well as Frazley, i’m very happy i got to meet him finally!. Stone was there again, a very last minute thing, apparently,  even though I'd never expect him to come back to Anaheim.
Just so many great chats with people.
I got to hang out with DragonsAfterDark, one of the people from the Xu-Fu Pet Battle strategies website a lot, since it was her first ever BlizzCon and i showed her around, basically, and I introduced her to a whole lot of people, incl. Stone, they hit it off right away, chatting about pets and stuff, even though they’d never met. I find it fascinating how that works, and I'm happy that it did. 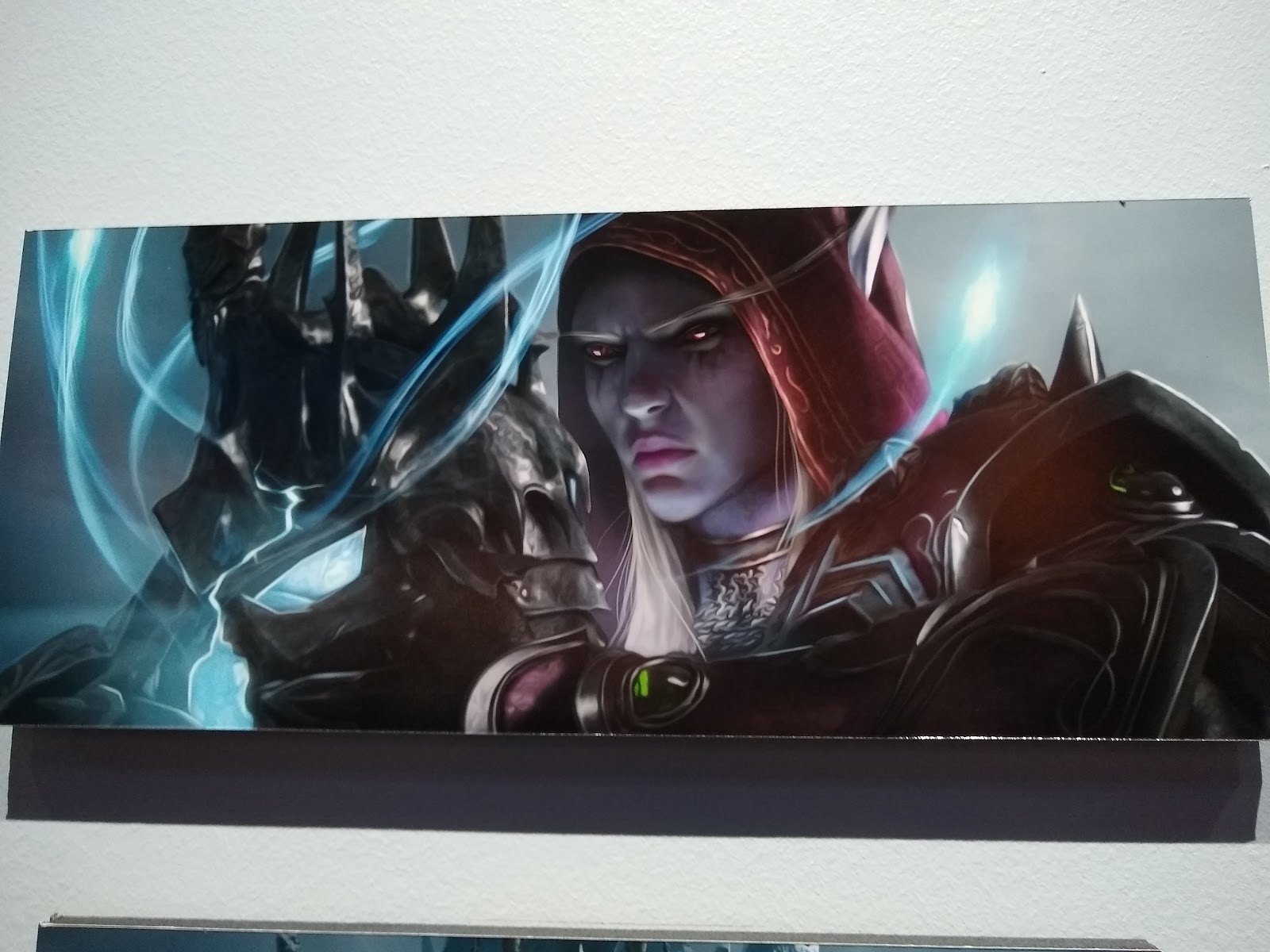 After Day 1 i got to find out that Sharm was part of the talent contest and i went and tracked her down, in the Marriott Lobby

Watched “Voices of Azeroth: A Hero’s Journey” on the main stage followed by the “WoW: Deep Dive” panel.

Spend CC finding Patty and chatting with her and Christie Golden. 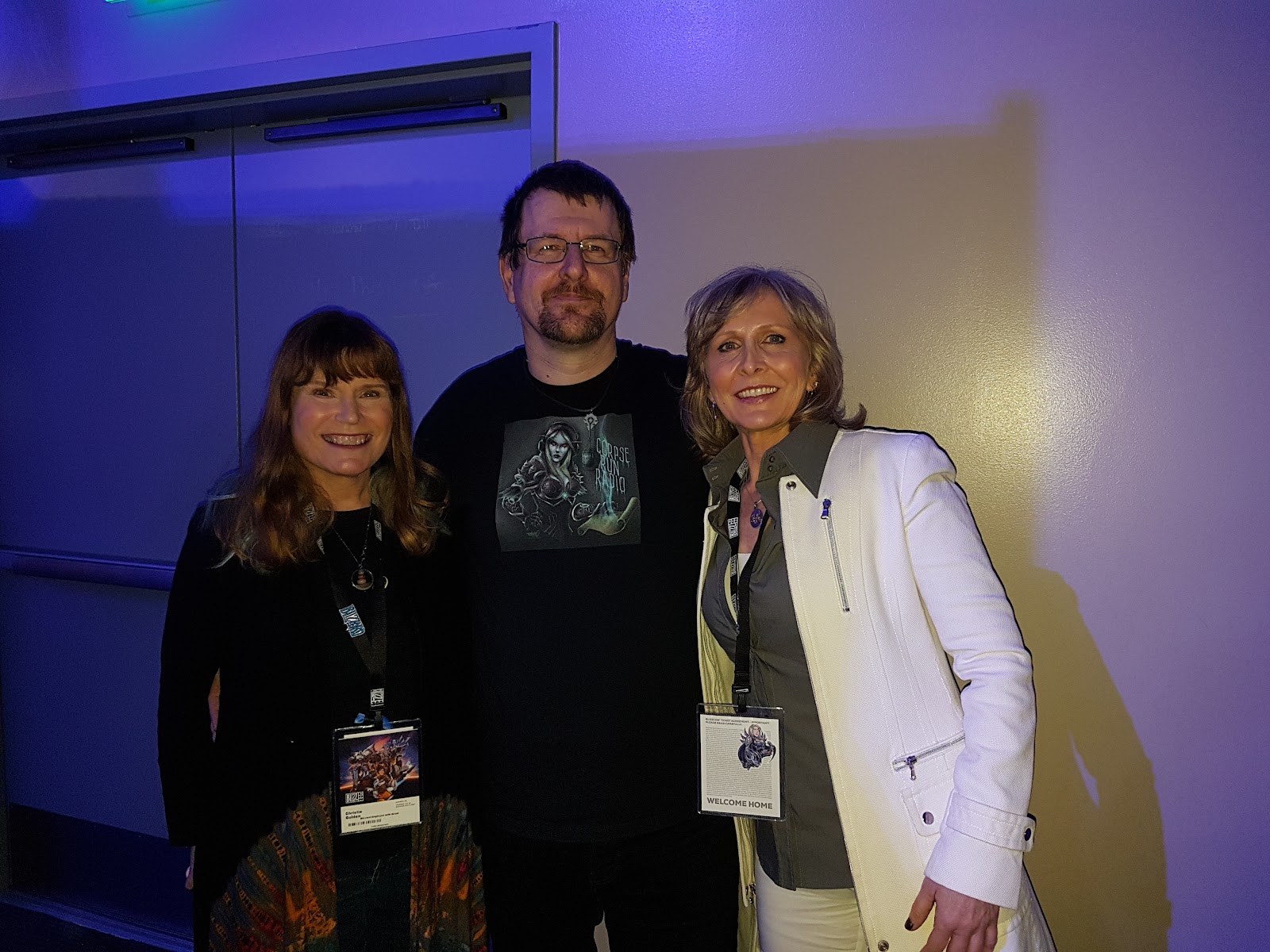 After that i went and met Andrea Toijas, the Voice Director of Blizzard in the Marriott Lobby. I love her so much and she does such a great job. 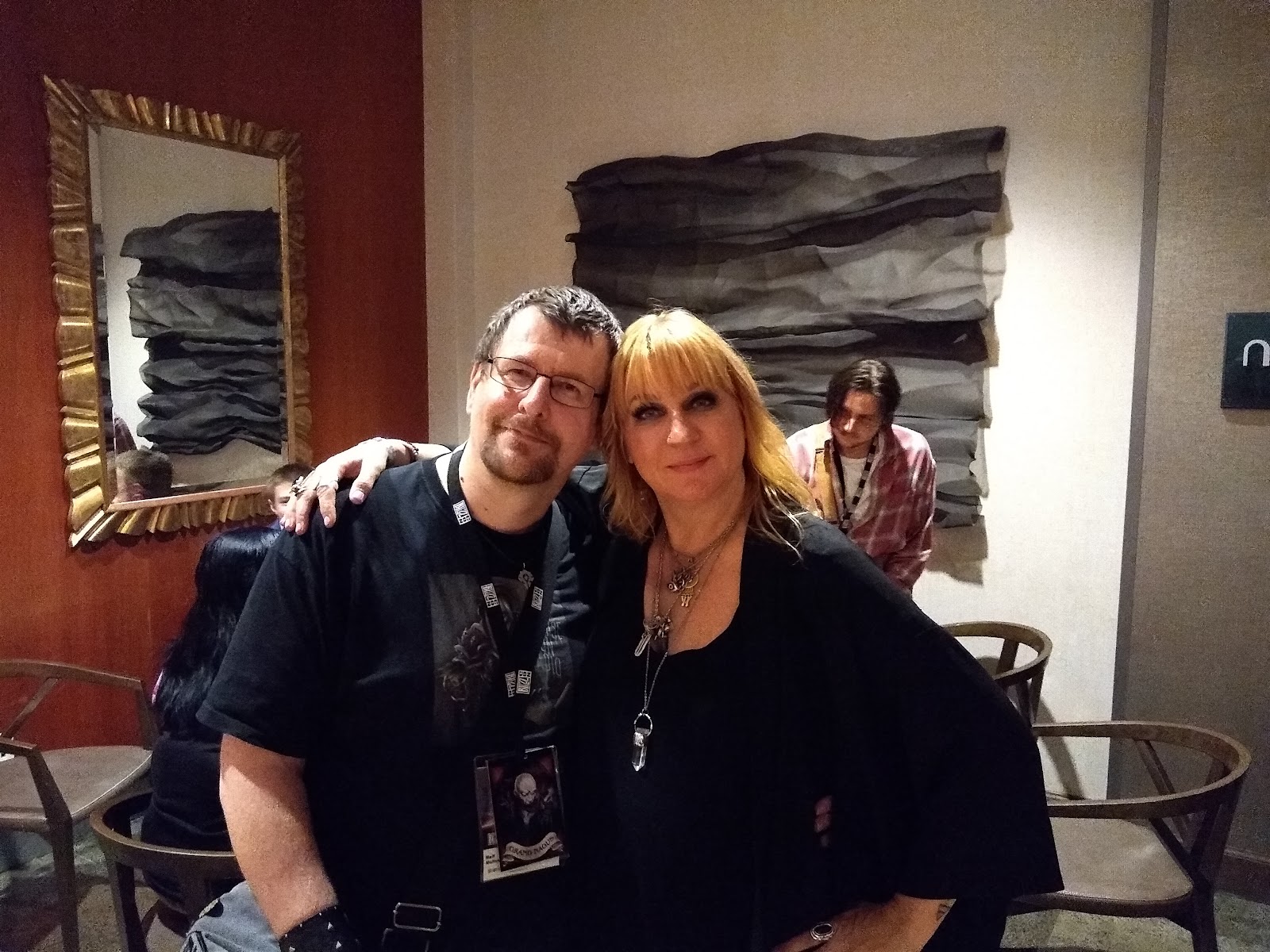 Also i found the standard bearer from the cinematic 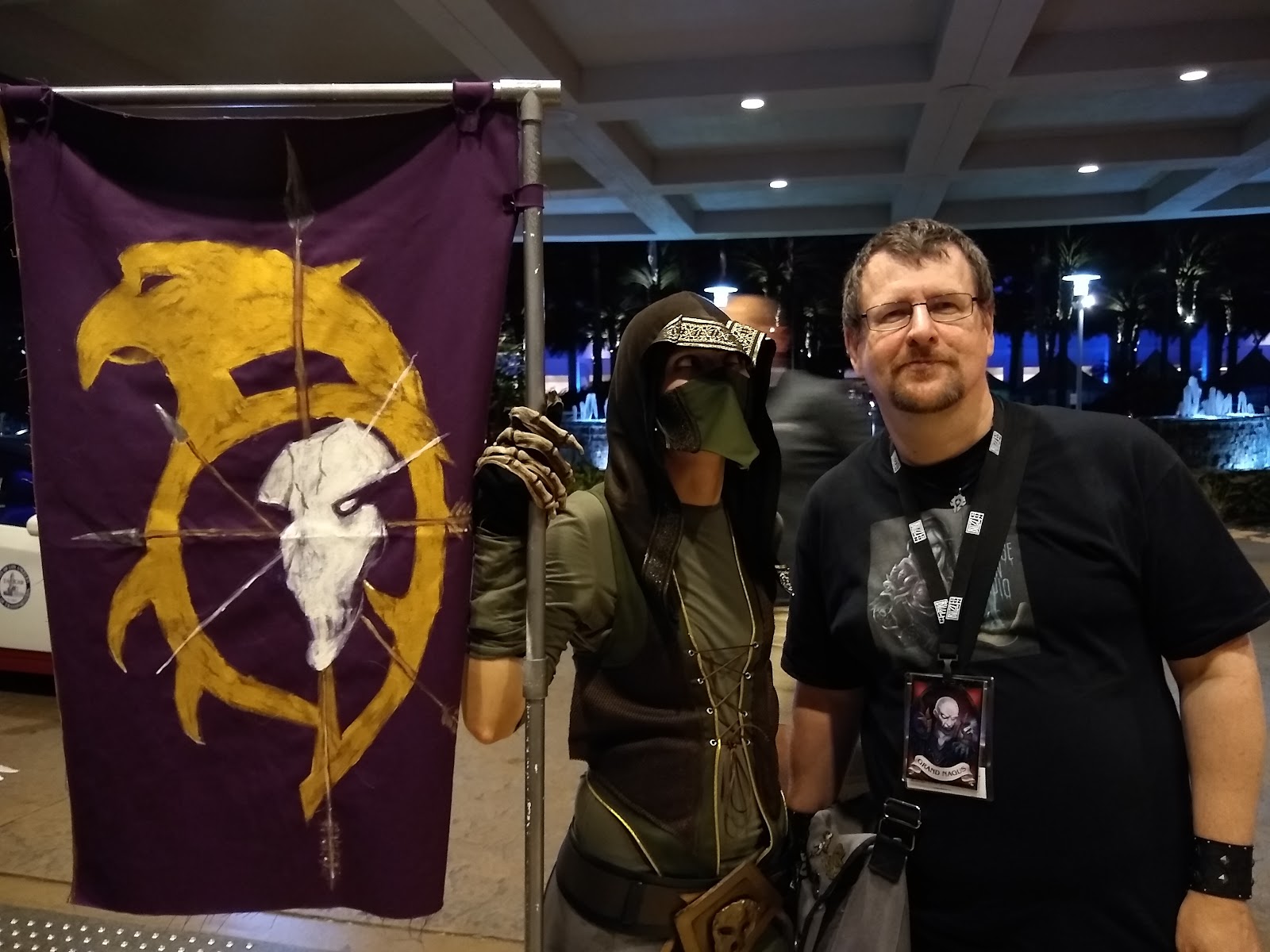 And i was really happy to see Stone again 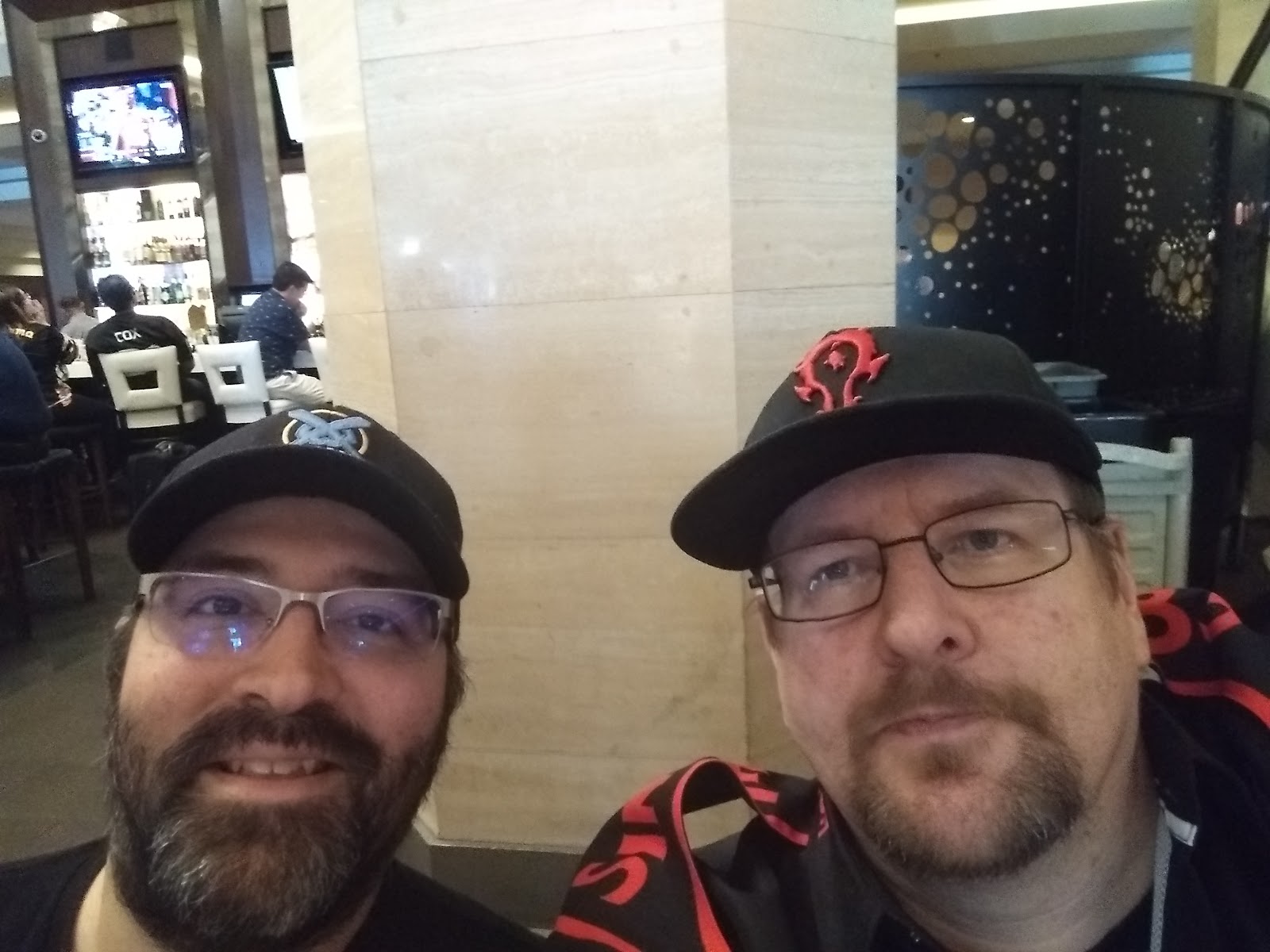 I found a nice statue / action figure of the Dark Lady that i really like on EBay, so i went ahead and ordered it. 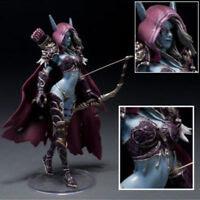 It has been a crazy week, I can't remember what I had done or what I had shared before.  I got exalted with the vulpera. I got a cat pet from the tricky treats and am slowly working my way toward the Crazy for Cats achievement and earning my title of the crazy cat person.  Then I did some leveling on some alts in two zones I haven't touched in a while - Azshara and Ashenvale. I probably did some other things, but I don't remember what. Oh well.

Here is this week's Blast from the Past on episode 392.  Enjoy!