New mount thanks to WoW Secrets discord server. You can link up to them using the following link : https://discord.gg/wowsecrets  Our benevolent Kormex shared his kill with 4 players screenshot included :

With Aoenaxx down i get the Reins of the Phosphorescent Stone Drake, similar model to Sandstone drake a.k.a. Vial of the sands except purple shards instead of gold ones… 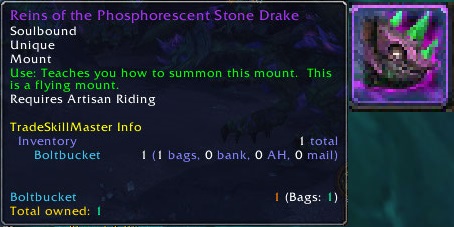 While digging for archeology in Uldum i got a Tol’Vir solve for the Ultramarine Qiraji Battle Tank mount, ground mount only, but very epic looking… 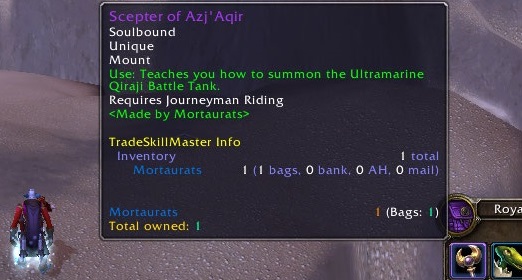 You can see the item for 150 Tol’Vir fragments, I had heard of it for many years but never actually seen it until this past week… right click on staff to learn the mount. 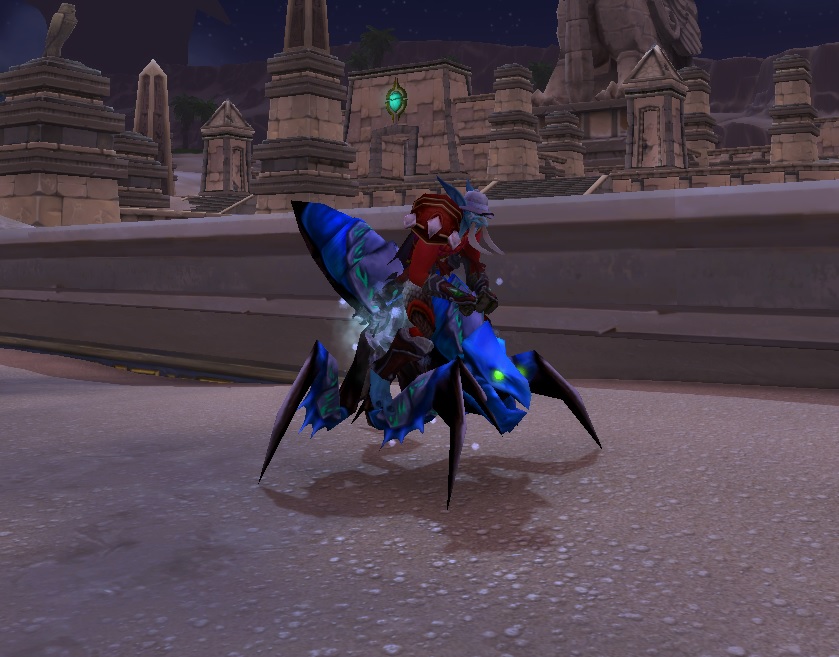 Many hours spent in Trade chat asking for people to dump a stack of mats on AH to level Alchemy, Tailoring, Blacksmithing and Enchanting, people get their bagspace back and I level easy mode.  Some people refuse to list on AH, they want to meet in person in Orgrimmar, generally, they sell the mats cheaper if you can meet them, once they see you are not max level they are not so interested in making a lot of gold, human nature takes over and they develop a genuine wish to help you.  Occasionally, there is none of the material like Runecloth on the AH, so you default to the guild bank, when that happens I deposit gold in the guild bank to compensate for people’s generosity, I am grateful to learn new recipes and do the transmog, I happened to look for weapon enchantments and learned I did not have the Azeroth Weapon Enchant Appearances, So I got most of the mats from the AH, a few essence of Fire from the guild bank and right clicked on the thing to learn the 3 appearances for


Here are my audios for the week.  Our Blast from the Past is from the very first days of Warlords of Draenor in episode 395.  Enjoy!