Ctrl Alt WoW Episode 210 - For Jayson, the other Dog 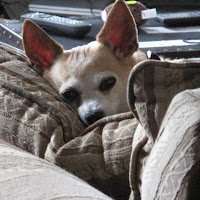 Aprillian, Ashayo, Virshna and Jeppy discuss another week of playing World of Warcraft, Blizzard's great MMORPG. Contest Ongoing send an email to ctrlaltwow@gmail.com telling us how you play WoW, either as an altaholic or dealing with it in your family life to being placed in a drawing for a month free of WoW or a $10 iTunes Gift Card or an Authenticator.

What We've Been Doing:
Aprillian
Scholomance no longer needs a key

RFC for the win! Ran it a few times. Then tried to do a random but didn't have a "viable" group. So we had to level up Lucerferus to 15. She was 13. Tiiaa took off her heirloom cloths for the cause. Then we got Deadmines.


Vrishna
Crusader Virinya ! Finally ! Got heirloom gear for Vrishna although the shoulders were disappointing. Although the extra dailies are GREAT !

Death Knights and hunter/rogue pair. Clan of Darkness level 2 ! Stay out of my bathroom ! (that means Tedrah and Inmyowndreams !) I'm confused yet strangely aroused.

Ashayo
Jekle
- Ralff, Molly , Xanar, Thaze, trouble on Asaad - dispel, aoe, sparkly adds that seem new. Finally got it using aspect of the wild
- DwP : Pretty much got Halfus and V&T in BoT and Magmaw, ODS and Maloriak in BWD on farm
: Bastion of Twilight - [Chelley's Staff of Dark Mending] i359 staff dropped off trash - woot!
: Working Twilight Council - ALOT going on. Got to 10% on first night.

Anomander
- Phasing in Twilight Highlands annoying
- Doing dailies - Sunday was 11625/12000 into Honored with Hellscreams reach and 20497/21000 into Revered with Therazane!
- Revered with Hellscream's Reach, but not enough tokens to buy the sword - need another 14.
- Hit 85 tol barad commendations - new [Blade of the Fearless]
- Revered with Dragonmaw - Tanking helm and dps gloves
(double DOH moment - can reforge for tanking. And can buy two pair!)
- Questing in Mt Hyjal. Had to do 108/115 to get Revered. dps neck and boots.
Hiide - ding 84 on whiptail
- Decided to open portal to Twilight Highlands, so had to do some quests.
General
- Bought Heirloom cloak and head for 2nd Alchemist to level faster to 75. Zoomed from 70 to 72. Though dungeon XP is poor now.
Rift - hit level 10. Skinning and Mining. Closed a rift solo. The way mobs aggro is different to wow.
Jeppy
Emails
Audio from Rigarmorty

I've been listening for quite some time, and finally decided it was time to email you! This is mostly due to Aprillian prodding me to do so via Twitter.
So i've been playing WoW since launch day. WoW and an iBook were my highschool grad gifts from my mother. This was probably a poor choice as she would happily tell you today. I pretty much proceeded to lose 2 years of my life playing. It was both good and bad times. Funny thing about it though... I never got a toon to 60! I've been an altaholic since day 1. I actually hit the level cap for the first time about 2 weeks before Cata dropped. It was pretty exciting, but honestly, it didn't change much, I decided to play an alt undead hunter until cata released... and now i'm leveling my new Gobby Warlock on Earthen Ring.
So how do I manage my many alts? To be honest, I really don't. I simply play what I enjoy playing, and frequently that means playing a new character. It's just what I enjoy sometimes. I do have a main, and I have several I play more than others, but I often decided to roll a new toon and just play it to level 10ish and then delete it. It's just calming. I've played pretty much every combo out there barring one. I really don't like Druids. I've never been able to play one past level 20. I played all through college, making alts on tons of servers, with new friends, old friends, and even teachers! I can't begin to tell you how many friends I met through simply wearing my For The Horde! T-shirt going out to dinner.
A little bit about myself...
I'm currently back home (near Chicago), with my Fiance', chilling out, watching some movies and playing WoW. I'm a web design for Guitar Center, as well as a few other places. In addition to playing WoW I also play a few tabletop games such as Warhammer 40k, Malifaux (check out the La Croix crew they're gobbys!), and Super Dungeon Explore, not to mention the other games I play on my computer (about 160 Steam Games). So for now I wish you all the best, and I thank you for you're incredible podcasts! They keep me going through my long hours of coding and designing, all the while making me wish I was home playing. I can't tell you how many times I've been tempted to get the mobile auction app for iPod just to get a fix of WoW in at work...
I'll be sending email periodically, and I'm sure I'll be talking with you all over vent realllll soon!
P.S. What mouse/keyboard do you all use? I use all Razer products. They glow!

I was finally going to record for you guys, but I am decidedly under the weather :(

However, I can still tell you all about my last few weeks!

My Spring Break encompassed the last days of March and the first of April, and being that I renewed my WoW account, I got a LOT of playtime in. I'm sort of a Night Owl, so I went nealry nocturnal for that week. A sort of wake up at 2 or 3 pm and stay up 'till 4-6 am.

For the first time outside of battlegrounds, my warrior/main Kalanor is a dps'er. I'd never tried fury, so I thought "what the heck." So now he's wielding two two-handers... oh, clean tag, sorry! Now he has one large weapon in each hand... alright, I don't think I can say that any differently, so I'm gonna leave it. Anyway, I got him into heroics for the first time in cata and did a respectable amount of dps for my first time. I still hope to get him tanking in raids, but I think that'll have to wait 'till Summer.

My crit-chicken (balance druid), Zebestes is now at 84 and 1/2 and doing easily as much dps as Kal in all greens and a level lower. :( Balance may be a little OP, methinks.

I now have a level 13 troll hunter on Earethen Ring who currently has 3 heirlooms and is looking forward to having 5 sometime soon. Speaking of him, hunters are sort of ridiculous in low level battlegrounds. I got 28 killing blows and two deaths yesterday in an Arathi Basin loss.

Speaking of pvp, my rogue who still carves out his exitence on Balnazzar is stuck at 77 because I always feel so lonely over there now that all my old friends (and I, for the most part) have transferred off. I really love that toon and, Vrishna, if you want 'rogue pvp lessons,' you can just ask me :)

Alright, though I have plenty more characters to talk about, I think this e-mail has gone on long enough. Love you all!

Lorebestes
Hey, Aprillian, I forgot to add in that if people want to ask me questions or suggest lore segments, they can e-mail me at ahlaenxna@gmail.com or find me on twitter as @ahlaenxna


Long Time no Speak from Segwick

It has been quite some time since I have written in, so let me explain. You might remember me as Grothgar, with 2 of my other toons, Biscit, and Gravey. Well, that account was actually a friend of mine’s account that I returned to him, along with my 9 80’s right before Cataclysm. I had to then go back and activate my original account, do several recruit-a-friends, and am happy to say I now have 4 85’s, all with raid ready gear, and am continuing to level up my other 6 toons to 85.

Although I have not written in, I have not missed an episode. You are still my favorite podcast, and really enjoyed hearing Molly this week. Keep up the awesome work, and happy belated birthday Aprilian.

Claypidgin here again. This week in wow has been great. I created a
death knight goblin and a blood elf priest and joined the Clan of
Darkness guild on the Earthern Ring server. These are some of my
observations from running on the horde side where I usually an
alliance player i.e a twelve year old on disguise. Hmm actually if you
ask my wife that she may agree with me.

1. Blood elves no matter what sex or class all stand and walk like
they are in high heels. While this is generally a sexy look it makes
for distracting game play. I guess the alternative is I could roll a
worgen and run like an old person.

2. When you already have a max level DK you should always make sure to
put the buttons of your new DK in the same place. If you don't your
rotation will make you activate your rocket boots and fly off the edge
of Ebon Hold to your death.

3. When joining the Clan of Darkness guild watch out about making
bunny slayer jokes or you may find that you are guileless and
friendless. Also that Dark Overlord may sound nice but he has a temper
and revenge is no fun unless you are the one giving it.

In all seriousness though I have had a lot of fun ofer on Earthern
Ring with you all. It still amazes me when I see 8 toons on and
realize that 6 of them are the same two people.

Anyway, until next time.
Claypidgin

Hope everyone is having a great week, in and out of game. Here is our submission, with 2 questions for kithore. Hope you enjoy!


Shout Outs & Thank You
Posted by Aprillian at 1:56 PM