Aprillian, Leeta, Rogueslayer and Tedrah discuss another week of playing World of Warcraft, Blizzard's great MMORPG. Contest Ongoing send an email to ctrlaltwow@gmail.com telling us how you play WoW, either as an altaholic or dealing with it in your family life to being placed in a drawing for a WoW Pet or an Authenticator.

Hiya Aprillian, Leeta, Rogueslayer and Tedrah and all of our awesome guildies & friends!
Hope everyone is kicking butt on the game and in real life :)
You know sometimes when I say that I'm thinking that really as we play wow with each other it's real enough right?
Anyway just a short email this time, tell you the truth I'm tired but a good tired. We did our Friday night run and it was a blast!
Death Wing Decent, our leader last night was the awesome Leeta and she knows her stuff! Even Aprillian joined us this time,
I love it when she decides to come along and Ashayo came along too. Awesome tanks Rokwyn & Juuno, was really proud of my
girl she did an amazing job even with not being geared up yet :) Amazing heals and the hunter's in our group rocked!
Anyway after our raid run, a few of us decided to head to the Timeless Isles for some more fun. Took Juuno up to the top Ordon Sancuary, Juuno got her first Burden, and some awesome gear, left all this up to Kzeah he knows his way around :) Ashayo beat us up there by way of the
golden kite and found a couple of rares which I proceeded on dying quite a few times lol  It was 2:30am when I finely logged off and climbed into bed, just to be woken back up by the logger's working across the road at 6!
Anyway my son Terry and my buddy Moe are loving playing with all of our COD guildes, thanks for making them feel at home :)
Thanks to the help Terry got from Ron, Willopelt, Tirefire and the support he gets from all of you, he is back into doing dungeons and
having a great time. Willopelt said Terry could heal for a dungeon last week, and I could see fear on Terry's face but he did great and when Donnie & Willopelt told him after it was all done that he did a awesome job his face lit right up! Willopelt gives you the courage to try and that's
what Terry needed :)
Love & Kisses
Pixiegirl
for the Horde &
Earthen Ring
Okay maybe not so short can't help it I just love you gals & guys!
CORRECTION!
Our email from Wolfbrother was missing a 1 in his battletag:
BattleTag is: Wolfbrother#1188

Got a RAF reward 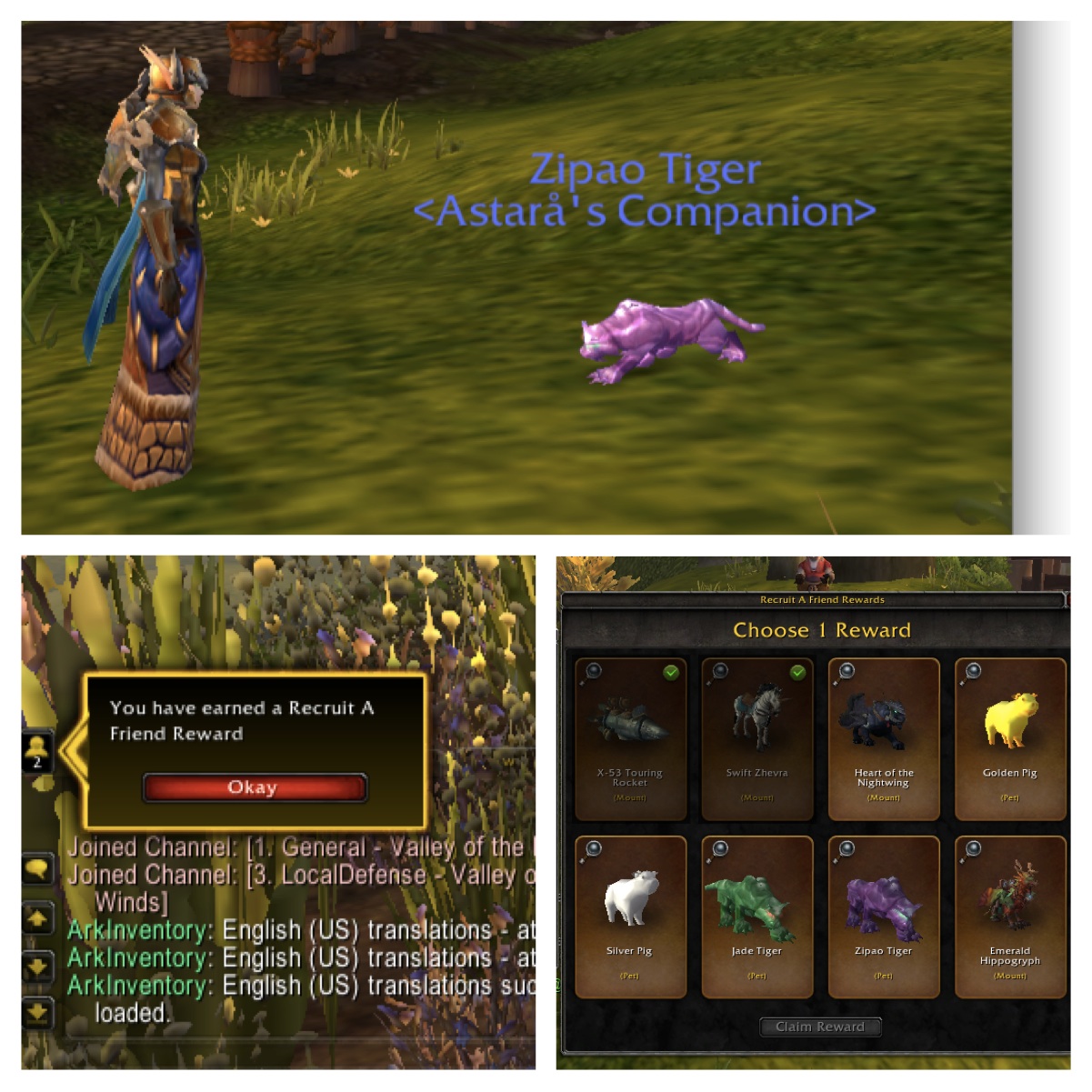 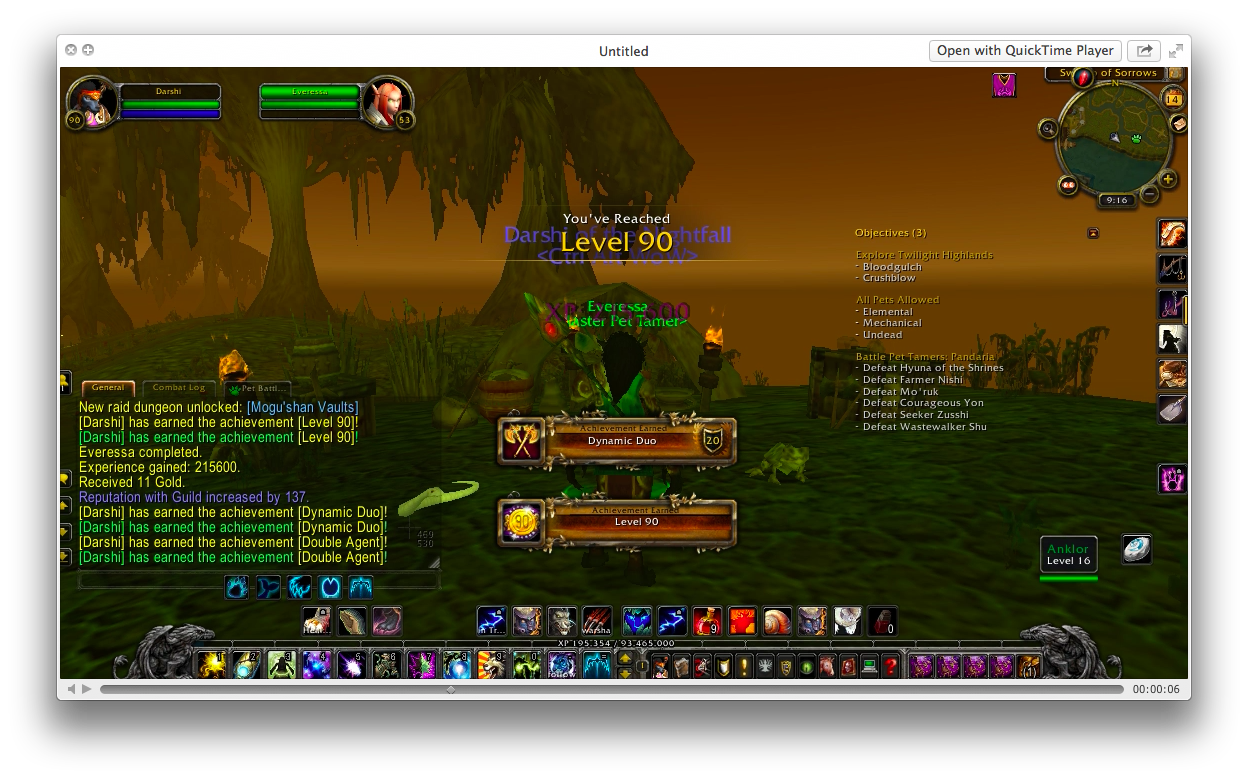 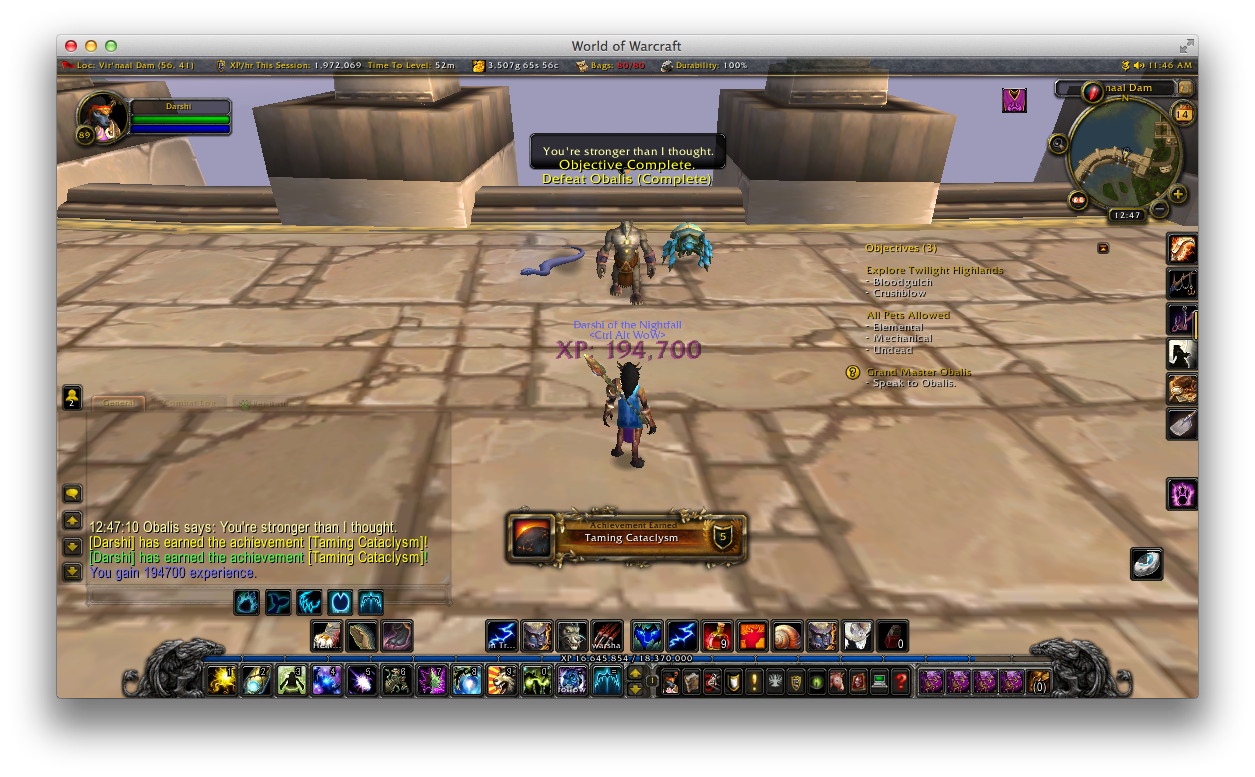 Swapped out Darshi for Auruk, can’t pet battle if I’m not getting xp 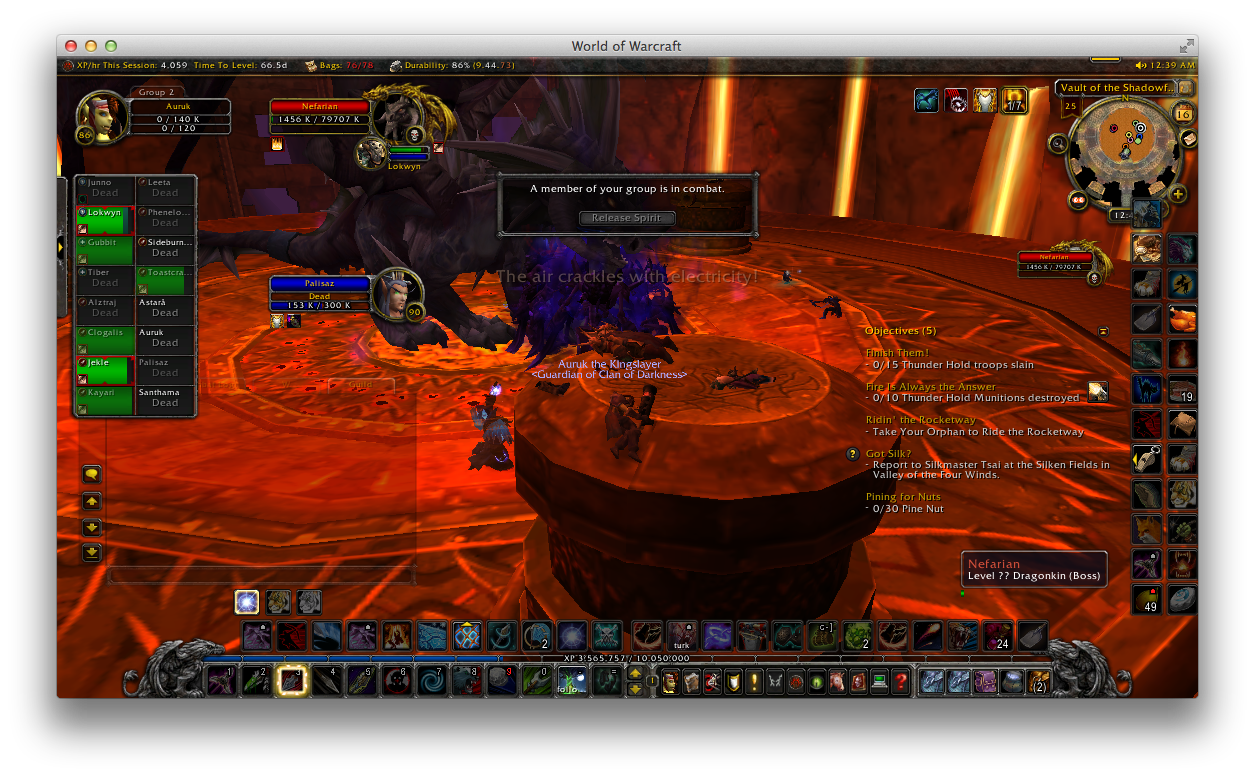 Leveled a Marionette to 25 for the COD contest 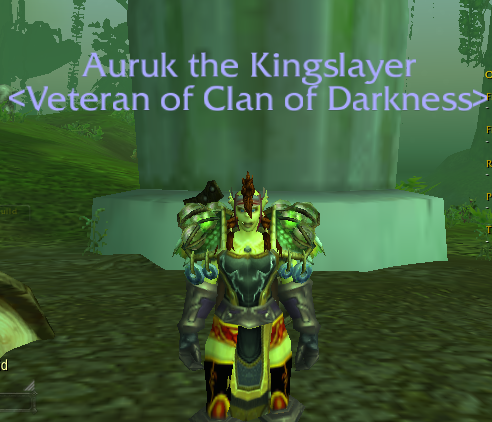 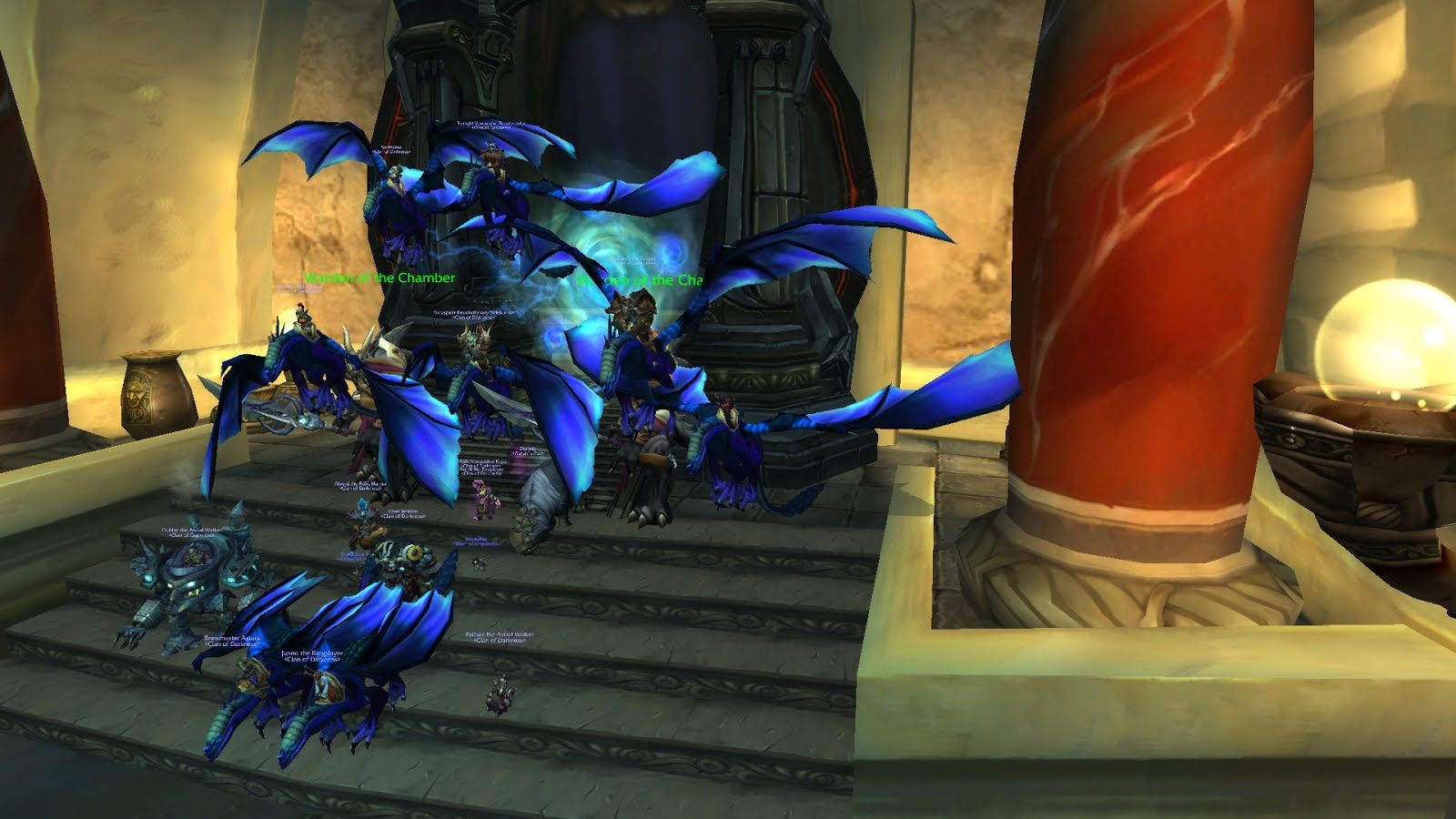 Then we went to Blackwing Descent - had alot of fun! Big grats to everyone on their achievements and huge shout out to both Lokwyn and Juuno for the awesome tanking!
Great job everyone! 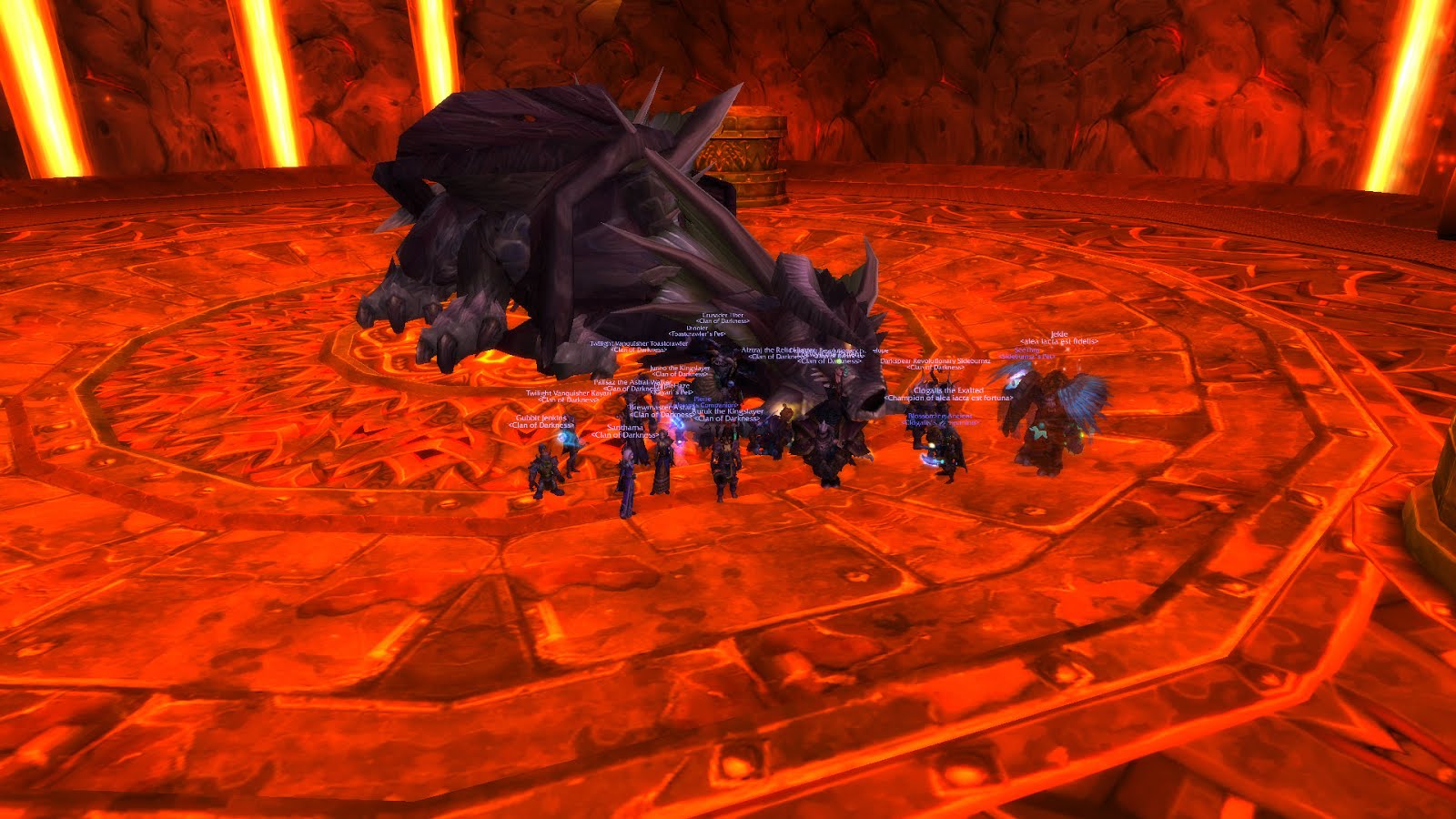 2/ TNAK Guild hit Level 22 - Mage hit Lvl 50
This week we are heading for another 5 levels to 55!
Doing alot of guild dungeon runs - Razorfen Downs, Zul Farrak, King of the Dire Maul
3/ Dual boxing Warlocks - 1 from Aerie Peak and other from Winterhoof
Got some great advice and tips from both Jeppy and Cloggie
Trying a new way to play - set up Jamba (which is now available through Curse) and got myself Keyclone 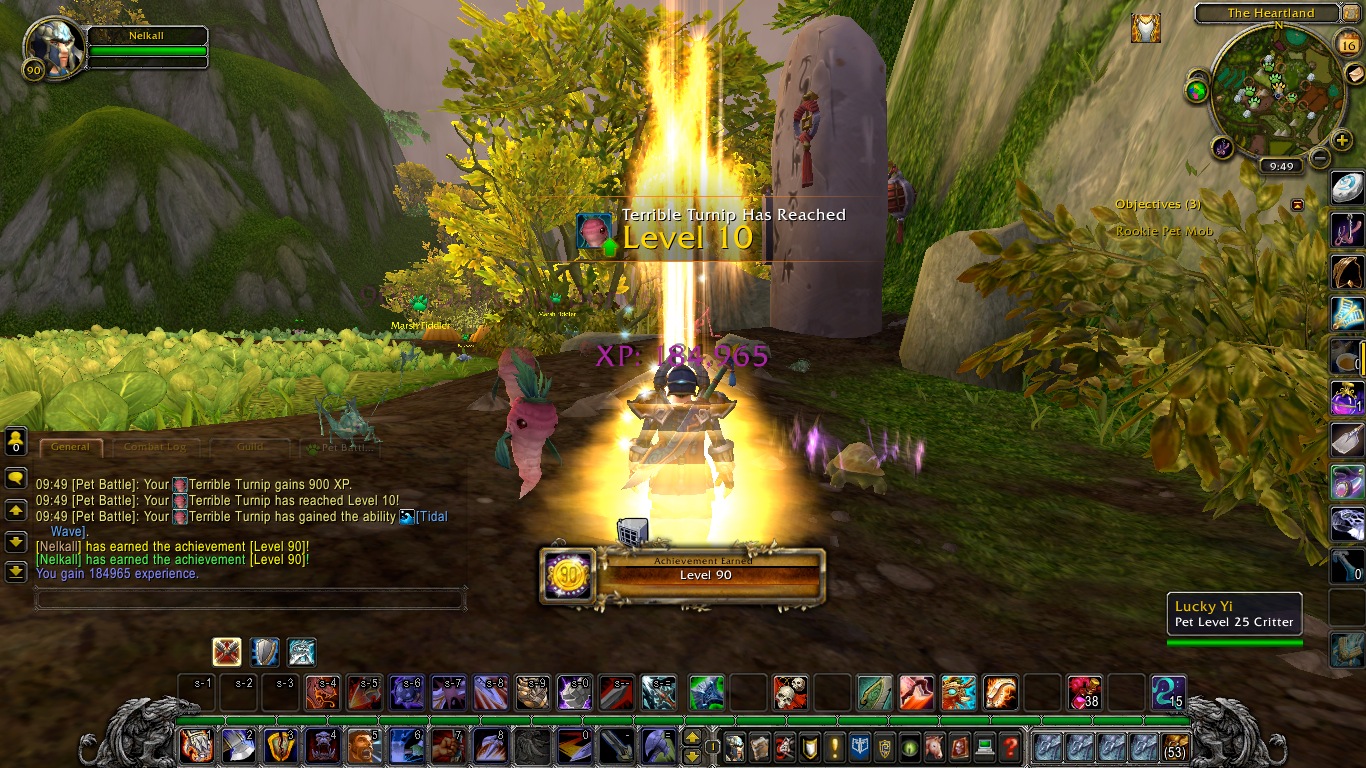 Hey Ctrl alt Wow! Im Jackzz! And here is my story about one of my coolest moments in the game.
Hope you like it!
Jackzz

Well here’s some audio for a change and did I miss hear last week or did you want WoW toon stories if so I have tried my hand at one sorry for any spelling or grammar errors but hey we all know how well me and that sort of stuff get on so with out further audue here is my story hope it’s ok if you didn’t want a story feel free to leave this out and just play the audio.
Caradre was a young night elf rouge her brother had left home 4 summers before to seek fame and fortune as a hunter and he sent many letters home detailing his adventures in such magical sounding places as nargrand she craved to adventure like her brother but her parents claimed she was to young and couldn’t understand why she took no notice of the many suitors that came calling. Her parents also claimed the fling she had had with a worgan warlock was a phase that she had just gone through making her mind up at the recent day of the dead festivals she had hide away upon a ship and ran from home. Her lover had taken up residents within stormwind’s dwarven district she had picked pocketed her way all the way to iron forge facing many challengers on her way she was down to her last few coppers when she snuck upon the tram from iron forge to stormwind soon she would be back in her lovers arms. Slinking past the guards of stormwind she slipped into a nearby shadowy ally way to catch her breath and get her bearings she didn’t hear her assailant approach the first she knew of him was his breath on the back of her neck and the blade at her ribs. In a rough voice he demanded her purse her hand slowly slipped to a hidden dagger at her waist holding up her purse she waited as his hand closed on it she thrust the dagger at his groin it glanced off his armour putting a gash into his thigh. He grunted and told her that was going to cost her before she could react she felt the blade slip between her ribs she stumbled from him only to be knocked to the ground by a blow to her head she laid dazed and bleeding on the ground as his rough hands checked her over she tried to speak to call out but all that came out was blood and spittle darkness soon closed in. A single tear lanced down her blood stained lips as she realized she was dieing her thoughts went to her brother her parents and her lover then no more thoughts she let out a sigh as the life slipped from her frail form. She felt her self becoming light and slowly rising up from her still form before she could get to far from her body a warm purple glow enveloped her she was thrust back into her form with force her back arched as she sucked in a breath her eyes flying open without focus. She blurry saw something deep blue hovering near by pinning something to the wall that whimpered and moaned as she roller her head away from the sight she saw a figure above her one hand outstretched towards the pinned target a beam of bright green seemed to be lancing from her palm as a ball of green formed in her other palm. She hurt all over and was cold as something green and glowing was thrust at her and she heard Nierthelia’s voice urging her to take it as her clumsy hands closed around the glowing sphere she felt even more life surge back into her causing her to gasp once again. Metarions deep un earthly voiced washed over her as he asked his mistress if she still needed the cut purse anymore a wolfish smile spread across Nierthelia face as she slowly shakes her head the whimpering from the man redoubles and is cut short as what sounds like a melon popping fills the ally way and the Voidlord retakes his mistress side. Helping her to her feet Nierthelia holds her close as Caradre buries her face into her furry bosom and weeps as he lover leads her away from her closest brush with the spirit healer yet.
P.S not sent from my Ipad air

Posted by Aprillian at 4:50 PM