Aprillian made a Celestial Cloth and didn’t discover anything!

Using Tiiaa to move everyone around. 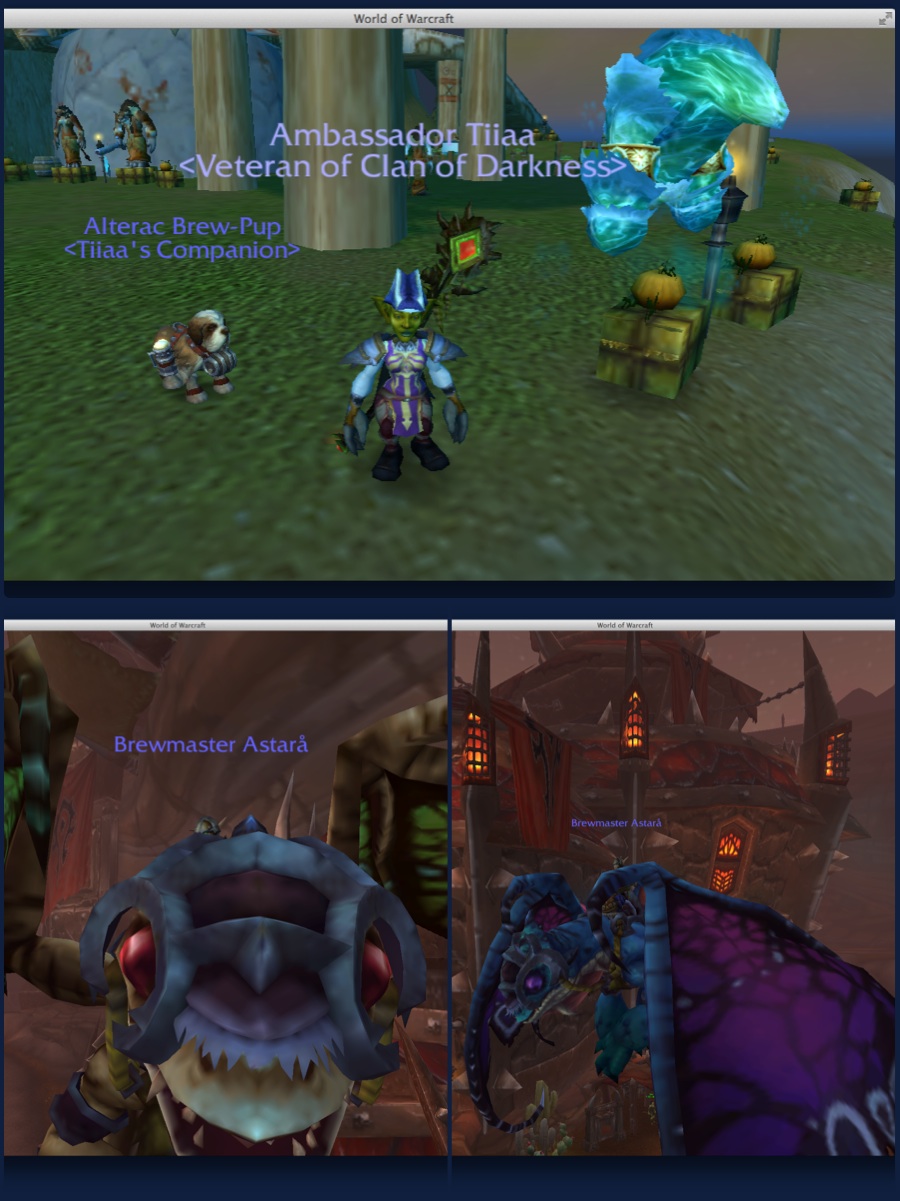 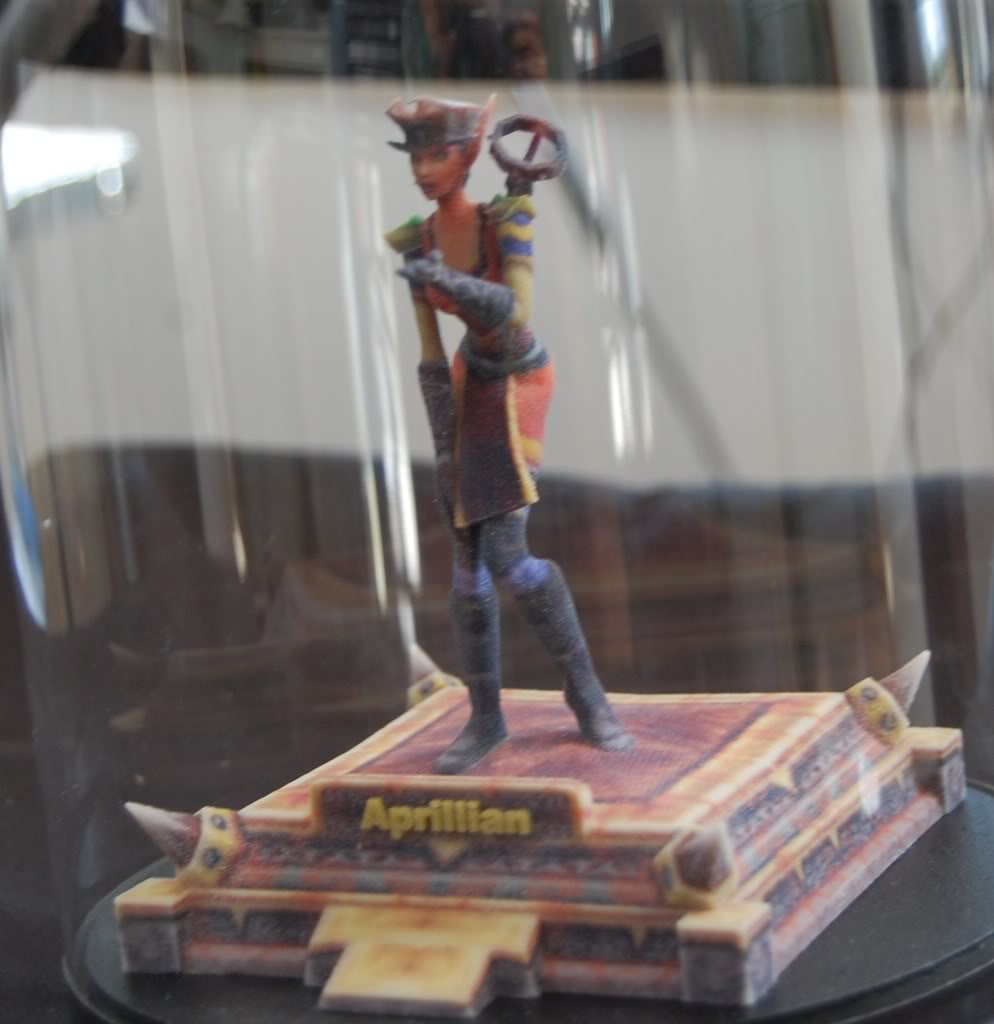 1/ TNAK Guild - Mage hit Lvl 57 - onward to Lvl60 this week
Been doing some dungeon runs and Pilgrims Bounty. It’s great porting around all over the place :)
Baby Warlocks have hit 51 (about halfway through)- been questing in Burning Steppes and doing Pilgrims Bounty.
When together in Stormwind - cannot see each other however when in Ironforge they can!
Screenshot of Guild Blackrock Depths run
2/ ShaoHao rep grind -  Just under halfway through revered - used Banner and Warcraft Birthday buffs - has been going abit quicker though it is another tedious grind!
3/ DMF Time - has started again tonight/today - Jeremy Feasel is a weasel! Also remember to get your Darkmoon Hat
Running professions on alts to get bonus prof points
4/ Had chat with Rho from Realm Maintenance about Behind the Avatar
5/ Memorable Moments  - Burning Crusade
a/ New expansion - going through the Dark Portal for the first time and seeing Outland
b/ Flying mounts in Outlands - trying to figure how to fly was alot like trying to swim
c/ Shattrath - Elevator boss strikes again
d/ Nagrand - one of my favourite places in the game
e/ Karazhan - Raiding back then was told we could not get past Maiden of Virtue without a Paladin - such a great amount of satisfaction when we did get her down!
f/ Black Temple - Illidan 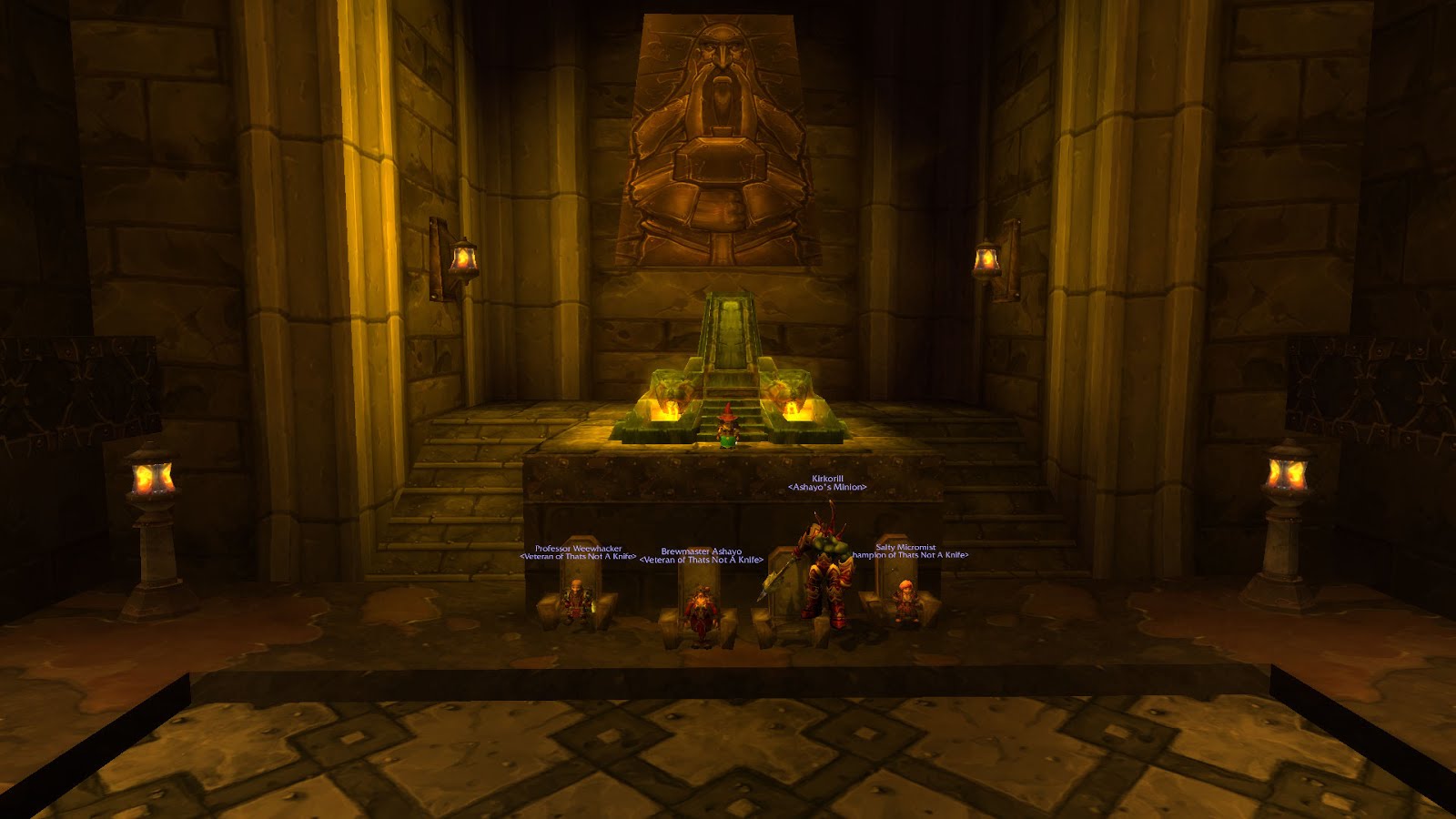 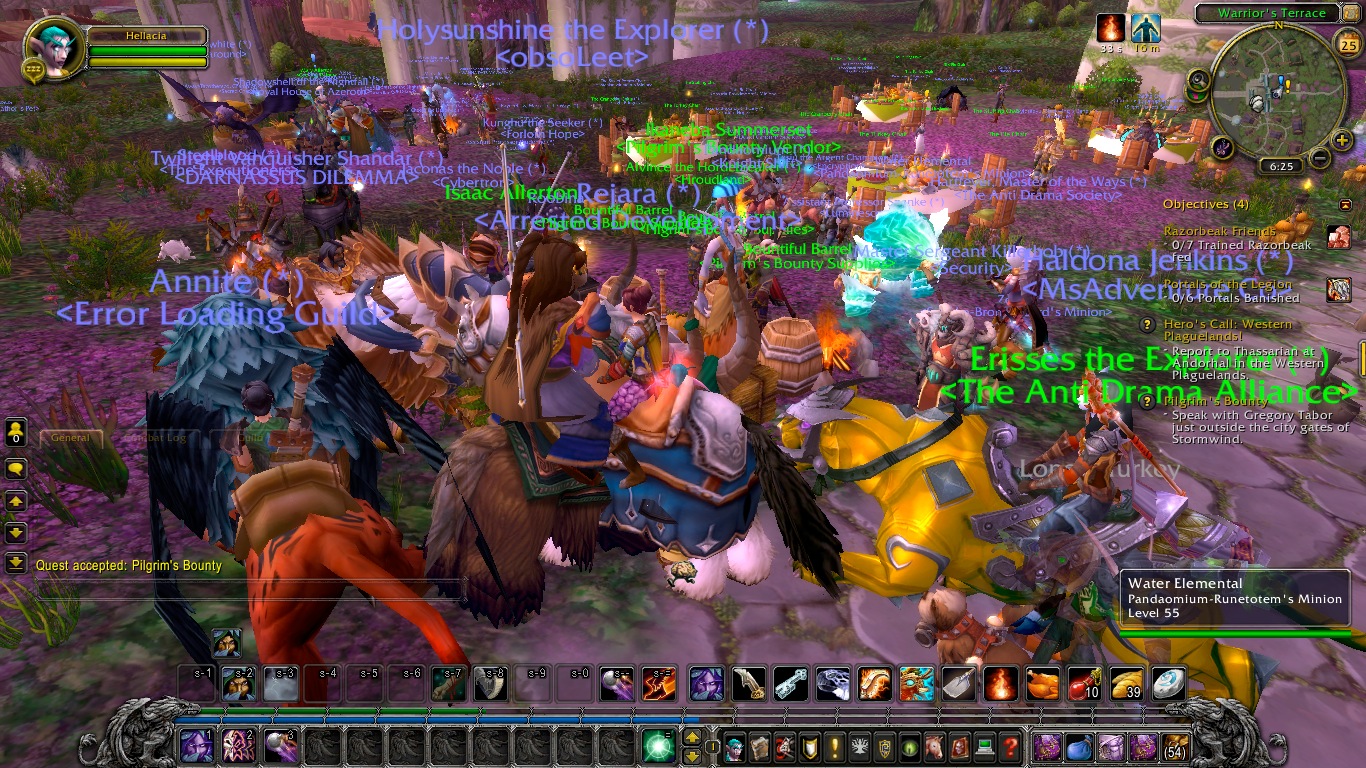 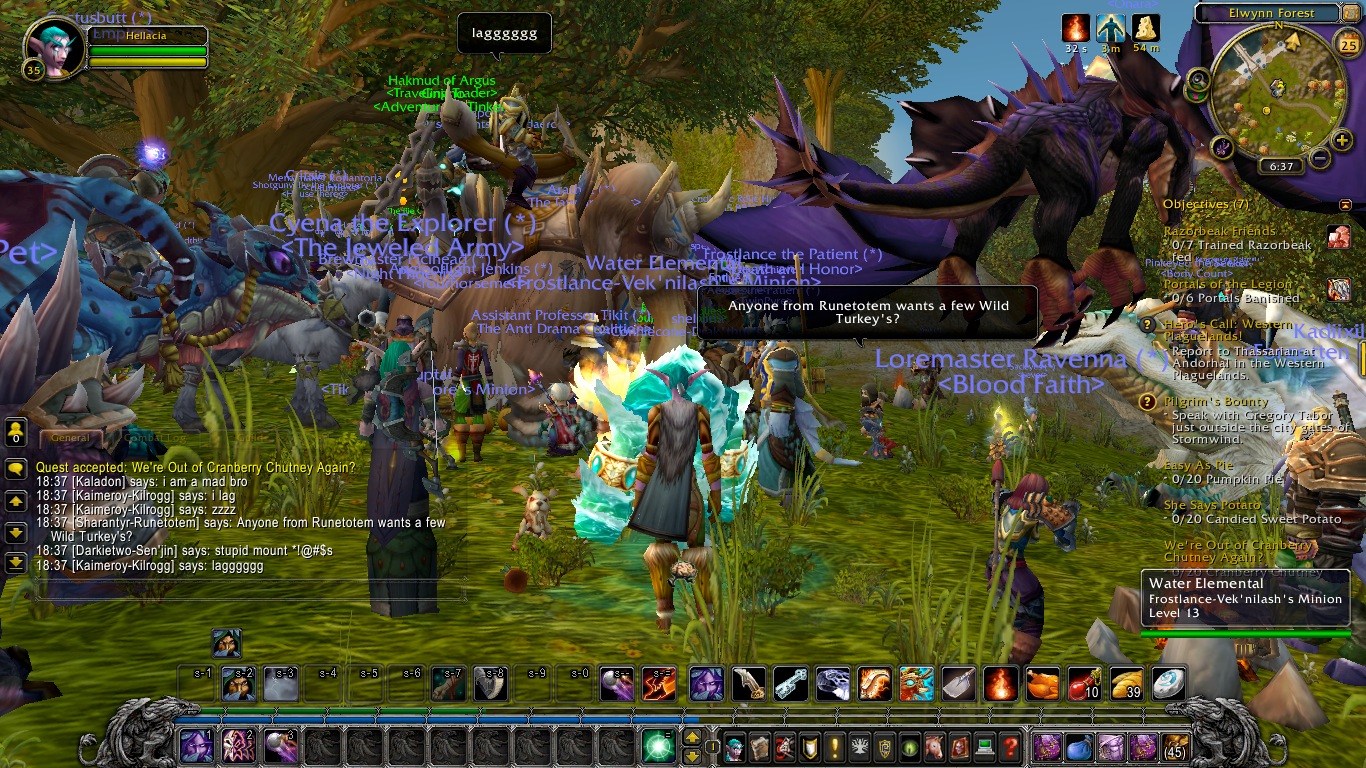 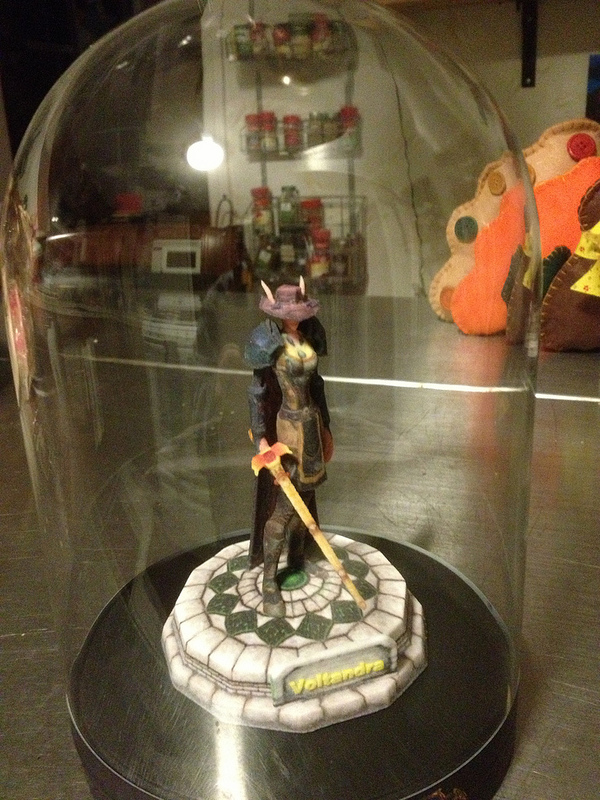 Hello,
My name is Karen Steede (my character in WoW is Steka) and my friend Jeff (Deathstryder) has been raving about your guild for this past week. Which prompt me to want to join. So I am formally asking if I can join, even though Jeff added me then found out he wasn't suppose because I needed to ask.
My husband Gary wants to join also, his WoW character is Deadlystega. Right now he is working on his school work so we were not sure if I could formally ask for him to join the guild too.  He may not get a chance to ask until Tuesday as Monday is his big school work day. I am so proud of him as he is only 1.5 classes away from earning his Bachelors degree through University of Phoenix.
We both started playing WoW about 3-4 months ago when Jeff moved in with us and he was telling us about how much fun he was having. My husband has only made three characters...his main one is a Rogue. He wanted to try a Death Knight...which is the third character that he has made...all of his characters are on different servers. I have 7 characters (I believe, could be 6) My main character is a Hunter. I found that I like hunters better. As Jeff put it I am a distance fighter. Even though I haven't been doing that bad with my Warlock or my Death Knight ...of course I did pick the spec that let me have a minion (muhahahaha) Sorry I do like having the pets that fight with me.
The three of us love to run dungeons together as we sit in the living room. Jeff of course being more knowledgeable in WoW so he is usually leading us. I have, however, decided I like going to dungeons and have gone into the queue by myself when I am playing one of my 7 characters that is not the same level that Jeff is playing. Gary tends to do quests. His ultimate goal in WoW is to have his main character complete every quest available...gotta love him
I hope you accept us into your guild, and I hope Jeff does not get into trouble for adding us without us having permission first.
Thanks,
Karen and Gary Steede

Sorry for the lateness of this audio I have been spent way to much time procrastinating and if it anyone asks the rest of the raid carried me for I spent many a fight hugging the ground or running around insane.