Hello darlings! I hope you're all doing wonderfully today!

p.p.s. Included a picture I forgot to tell you about... I'm in the Blackrock Foundry raid, in Blackhand's Crucible, after the kill & looking down at how far it is...if you were to, I don't know...fall... from there... hehehe.  /hugs! 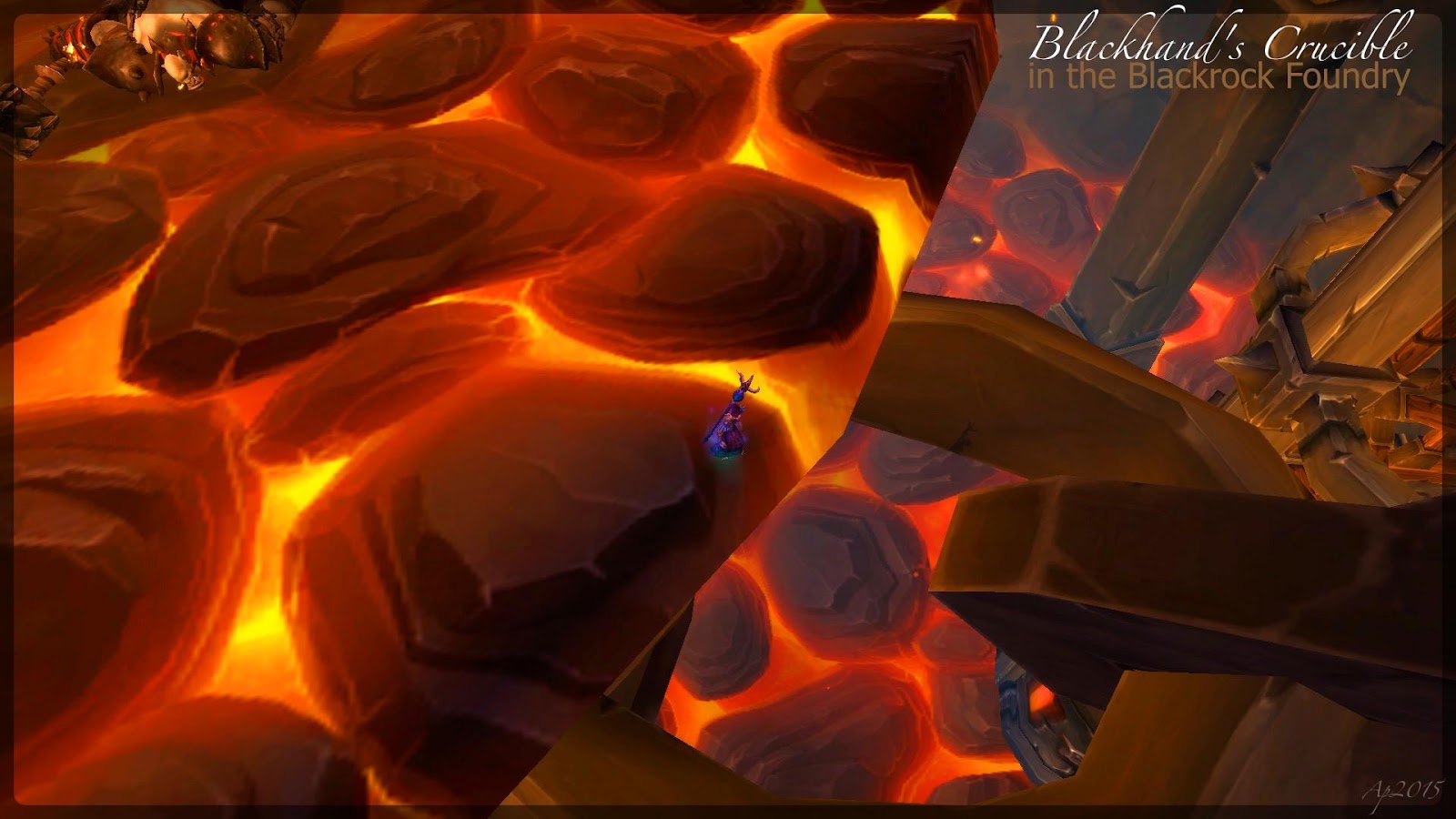 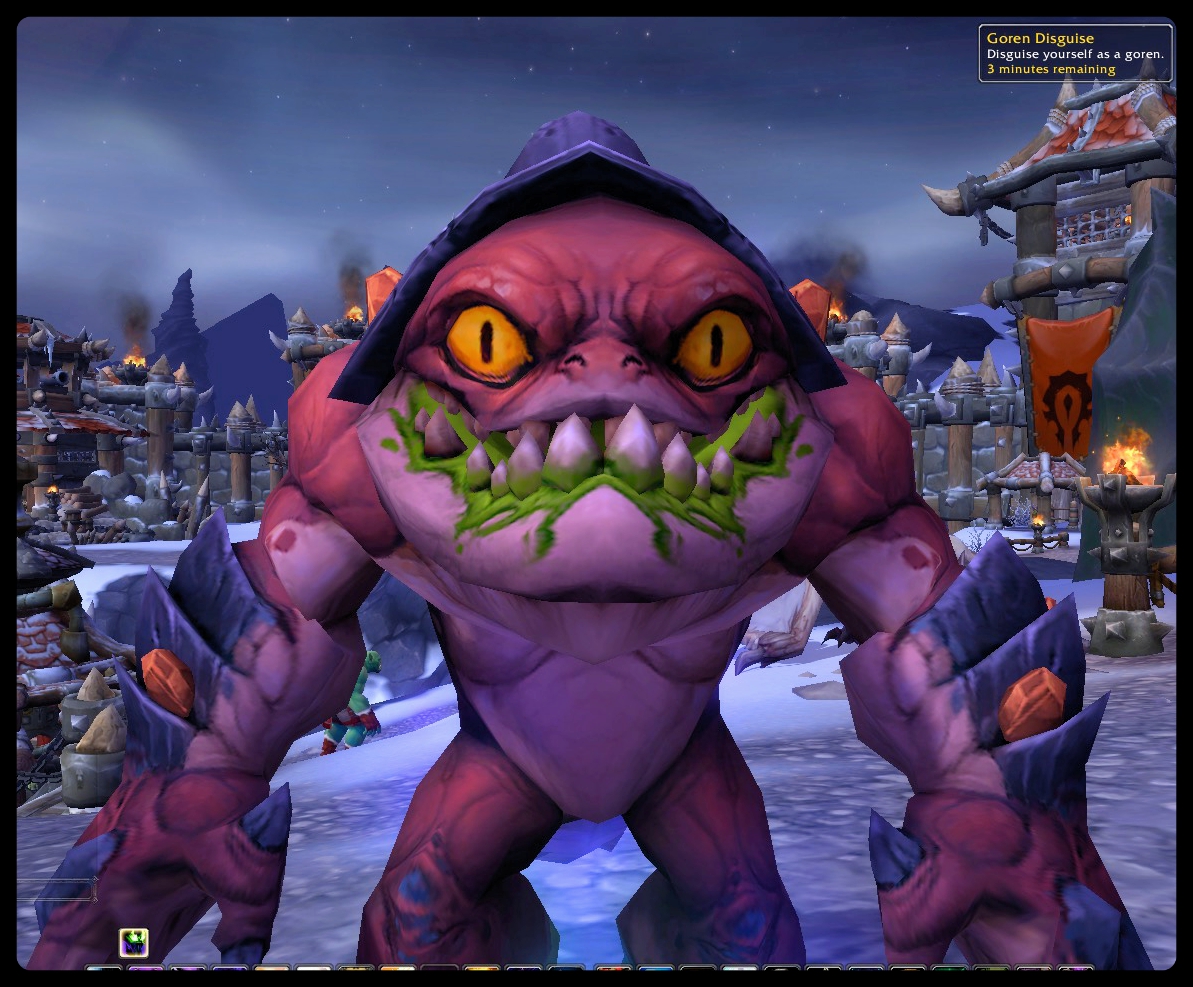 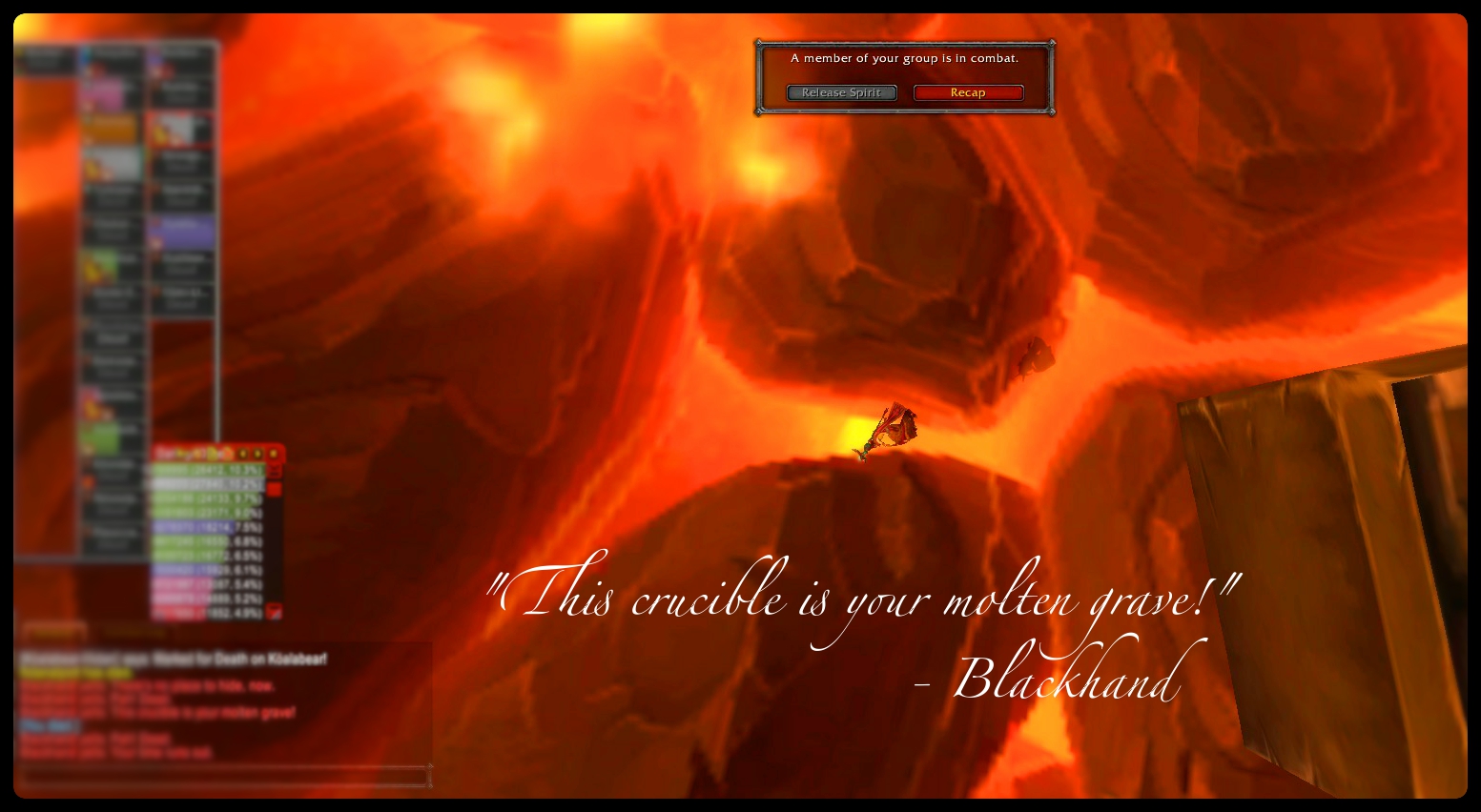 Got the camera upgrade on one toon and now it’s a toy for all. 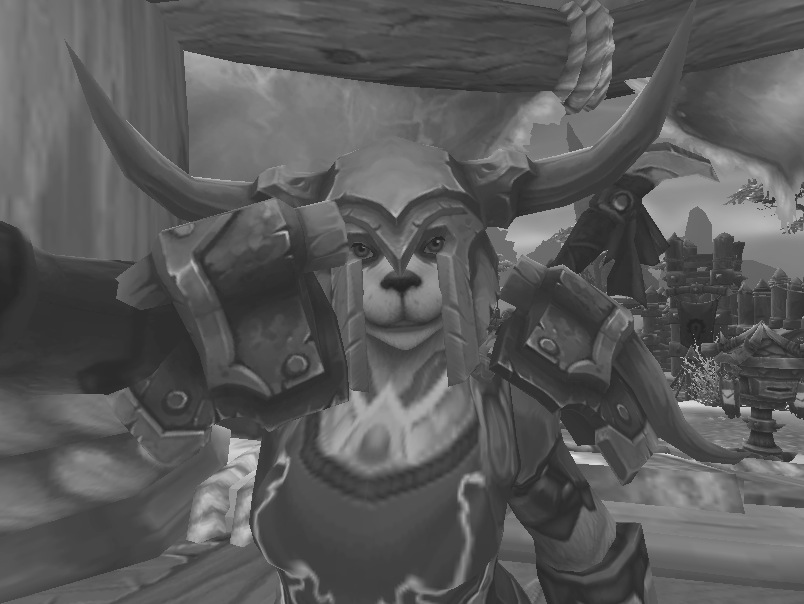 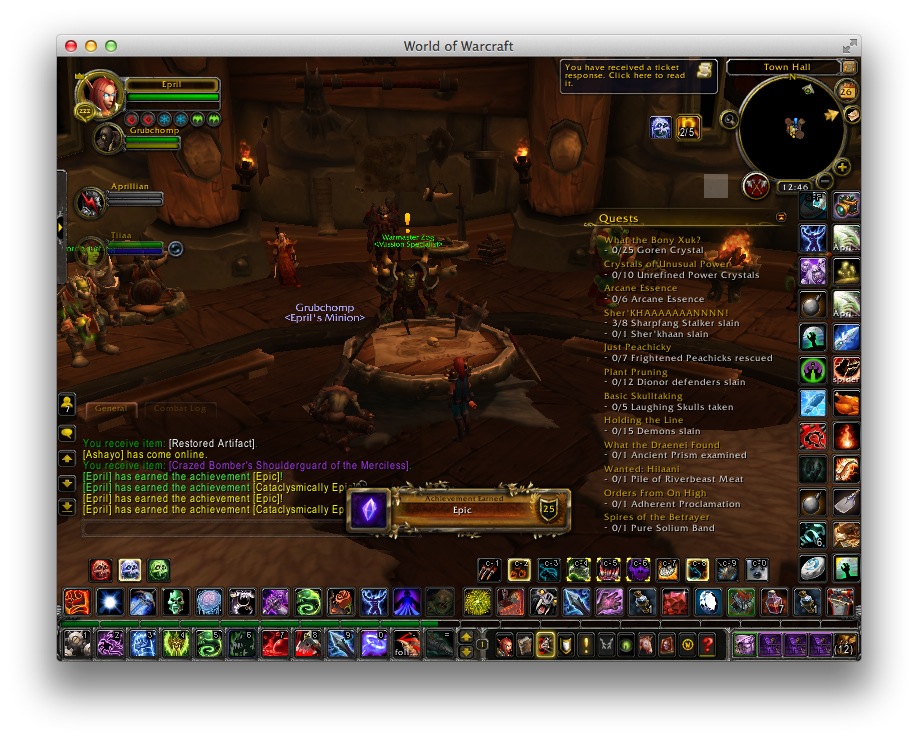 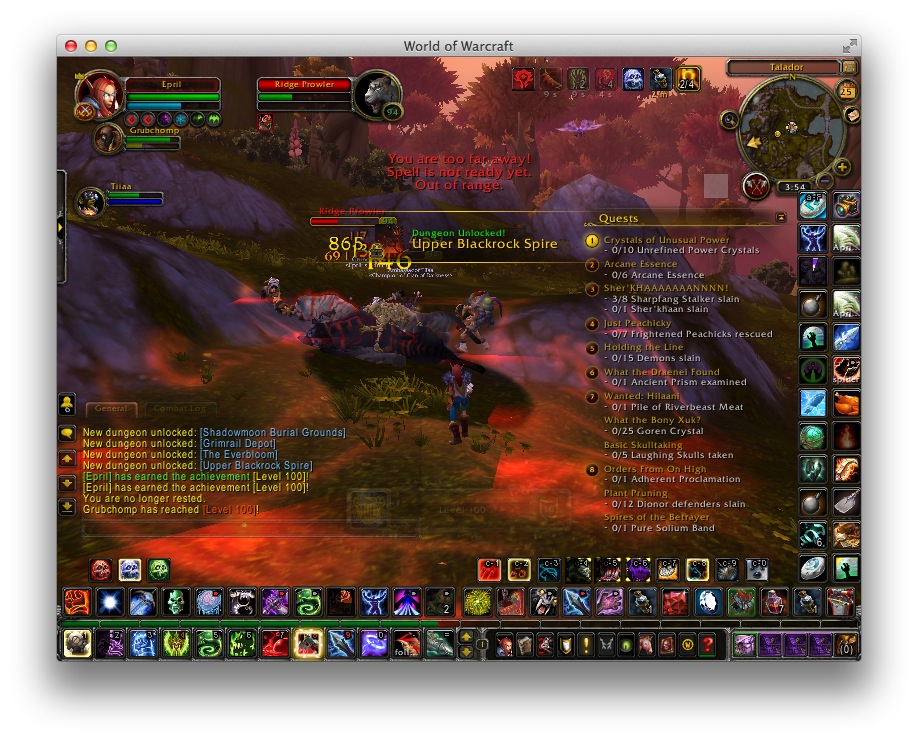 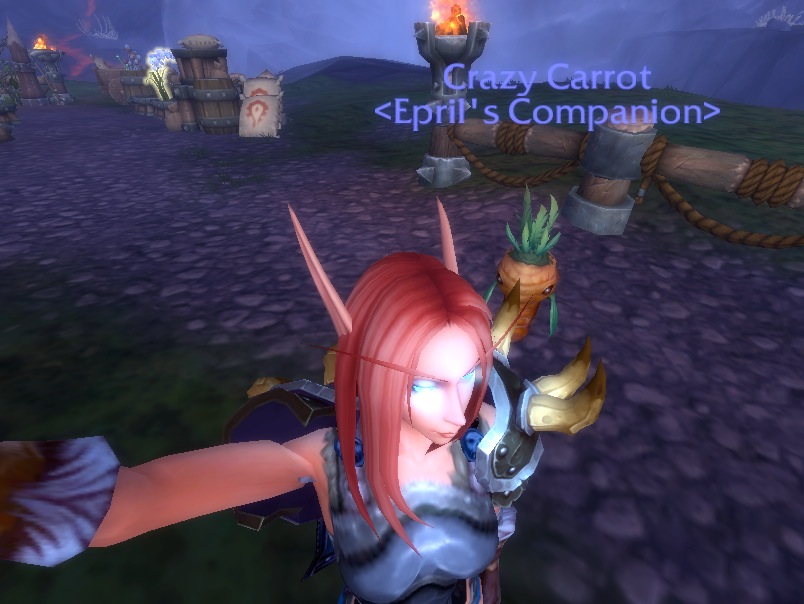 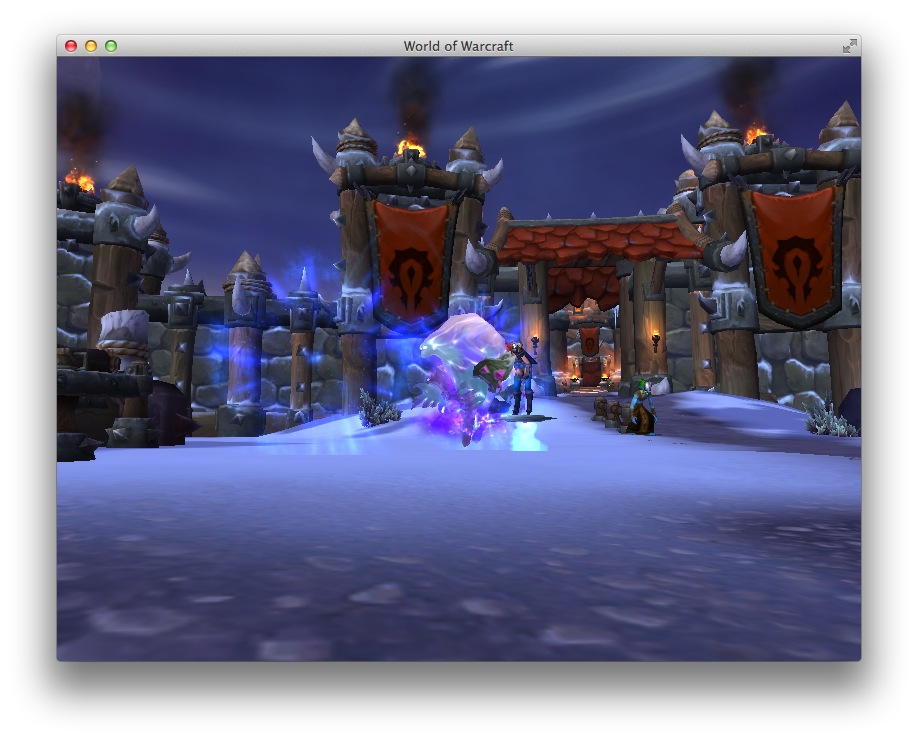 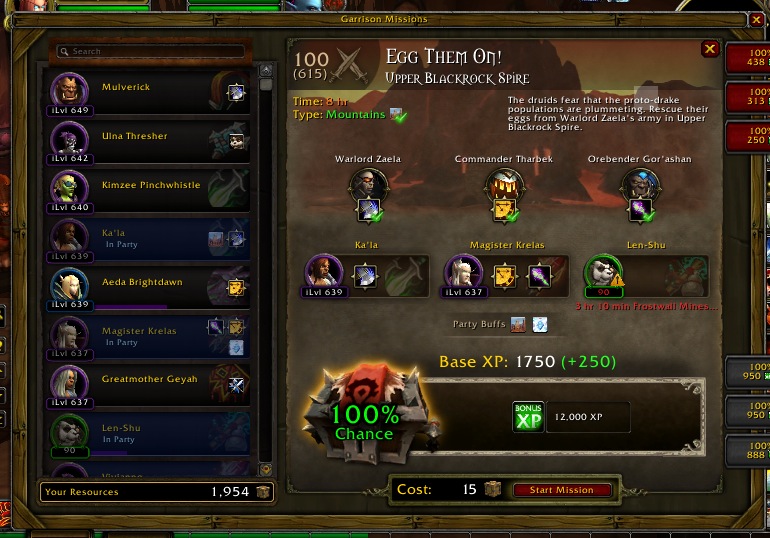 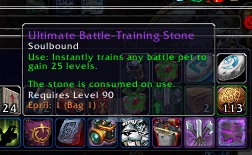 1/ Leittar - DK hits Level 100!
Yay for Pet Menagerie!
2/ Keillah - Hunter Lvl90 - 91
Did the go to Timeless Isle and take the funny portal  across to Gorgond
http://my.mmosite.com/2528383/blog/item/wow_secret_gorgrond_to_timeless_isle_portal.html
Been pet battling mostly with her to level so far!
3/ Warlocks - Lvl66
AQ20
We decided we would stretch ourselves and headed down to Silithus to AQ20!
Tore through that place… couldn’t believe how easy we did it!
Also cannot now do Drain Life Screenshots coz my Warlock no longer has that spell! :( 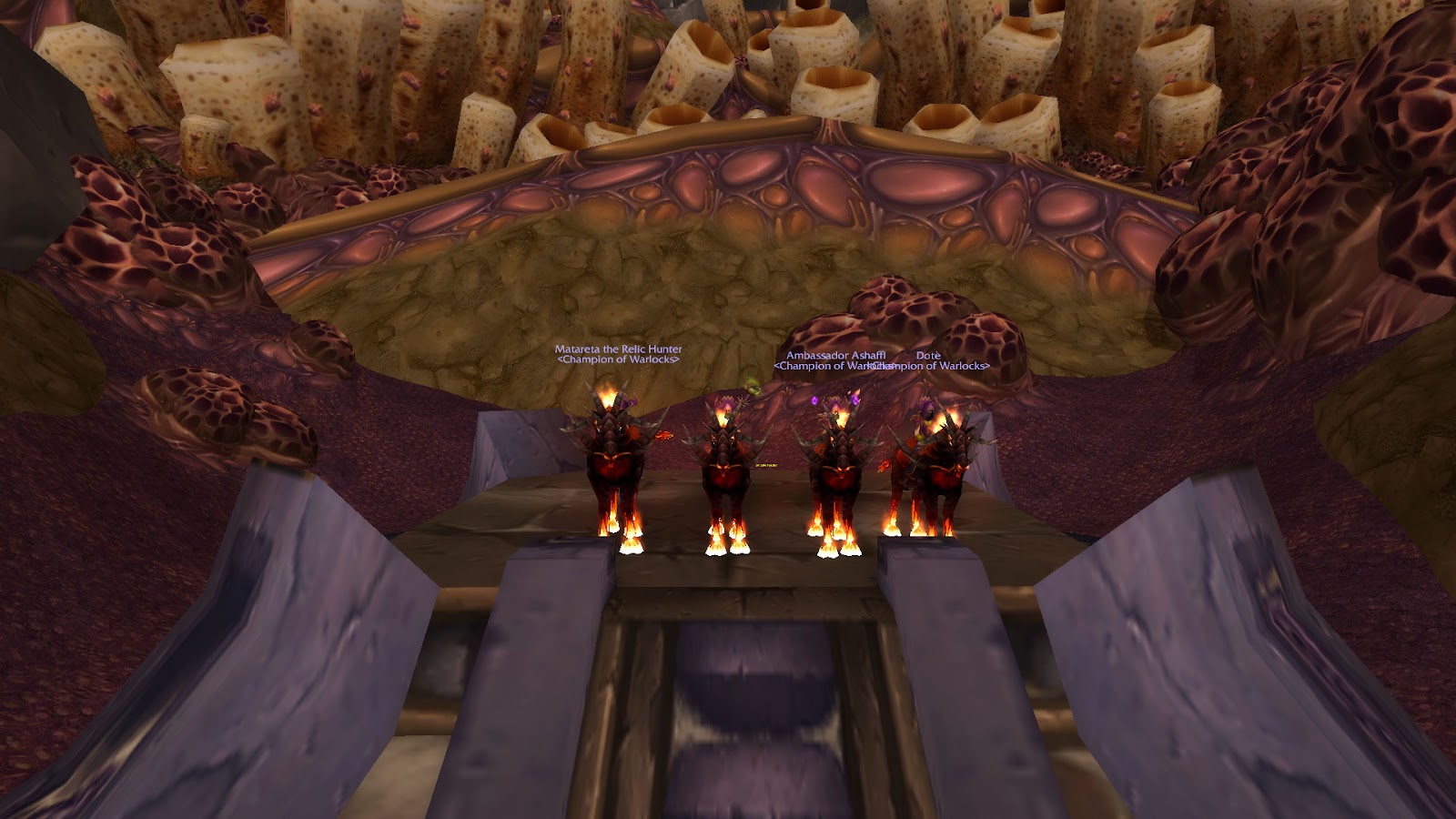 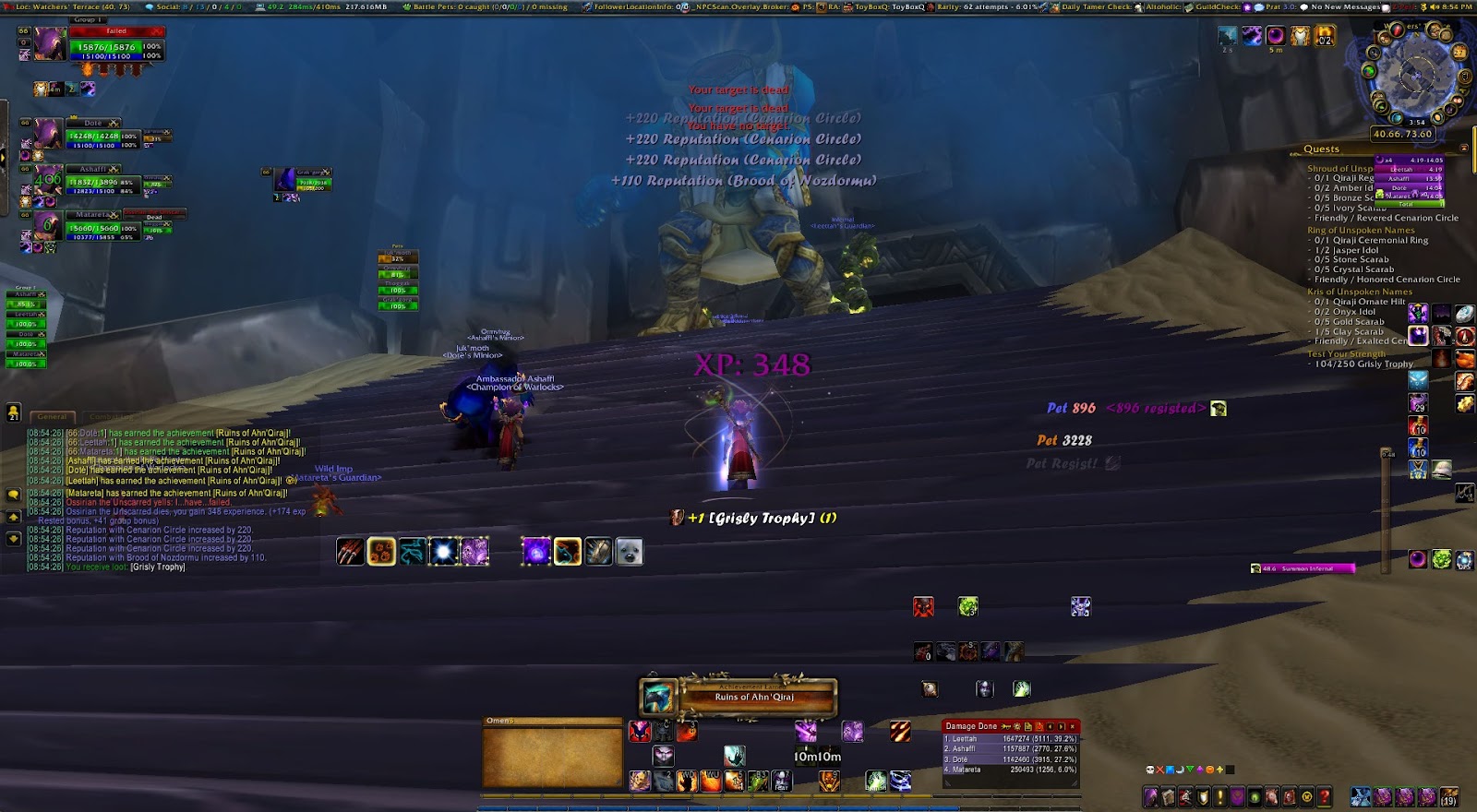 AQ20 Done!
4/ Children’s Week
OH EM GEE!!! I have been in OCD heaven! Nearly every toon i can possibly run any of the Kids Quests on I have been doing it!
http://www.wowhead.com/guides/world-events/holidays/childrens-week
Have to remember for next year - Dalaran Kids Quest - if you have not done it before then you get rewarded with the pet… regardless if you have it already! 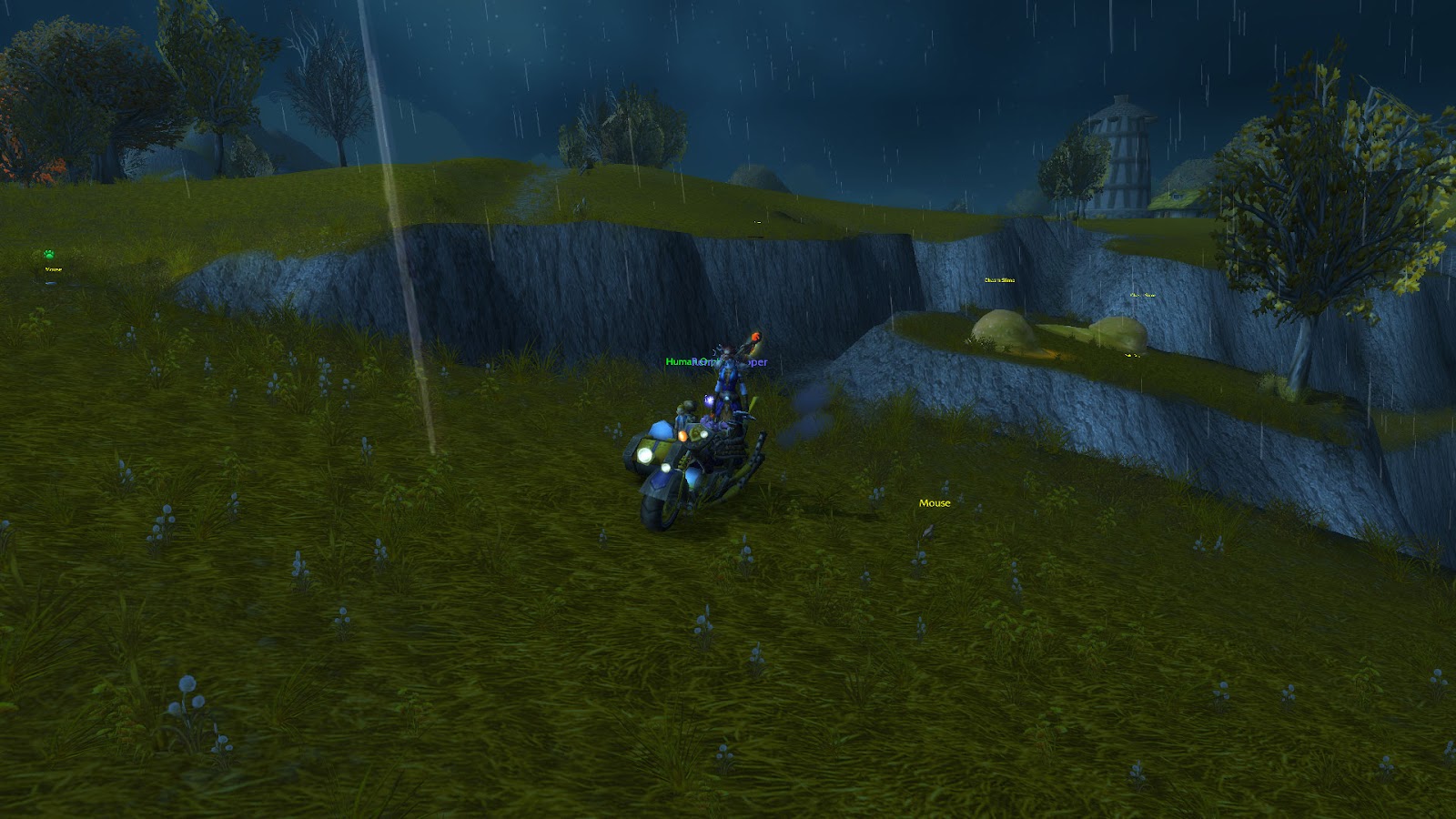 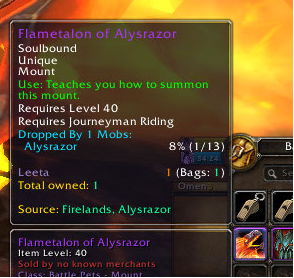 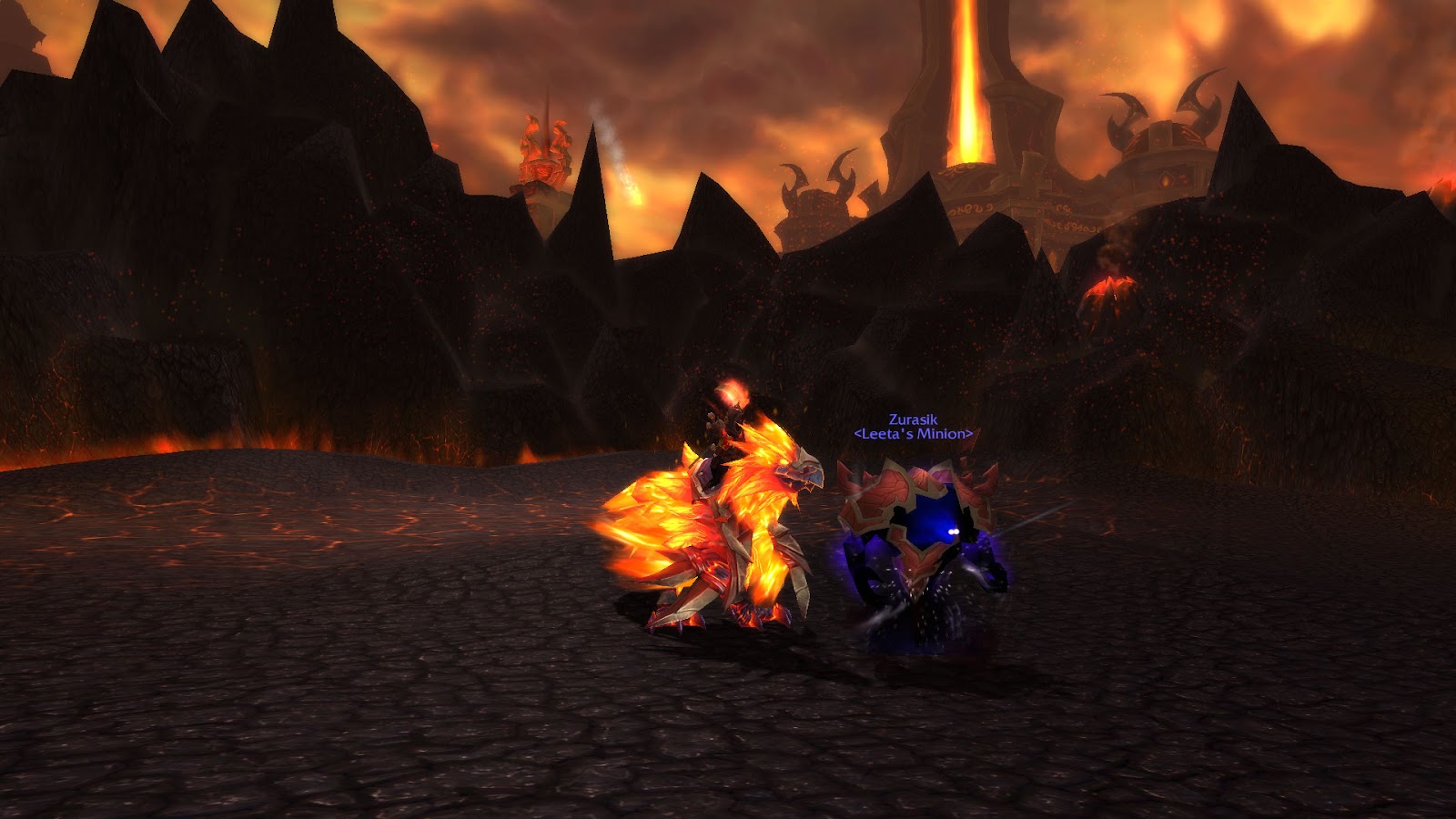 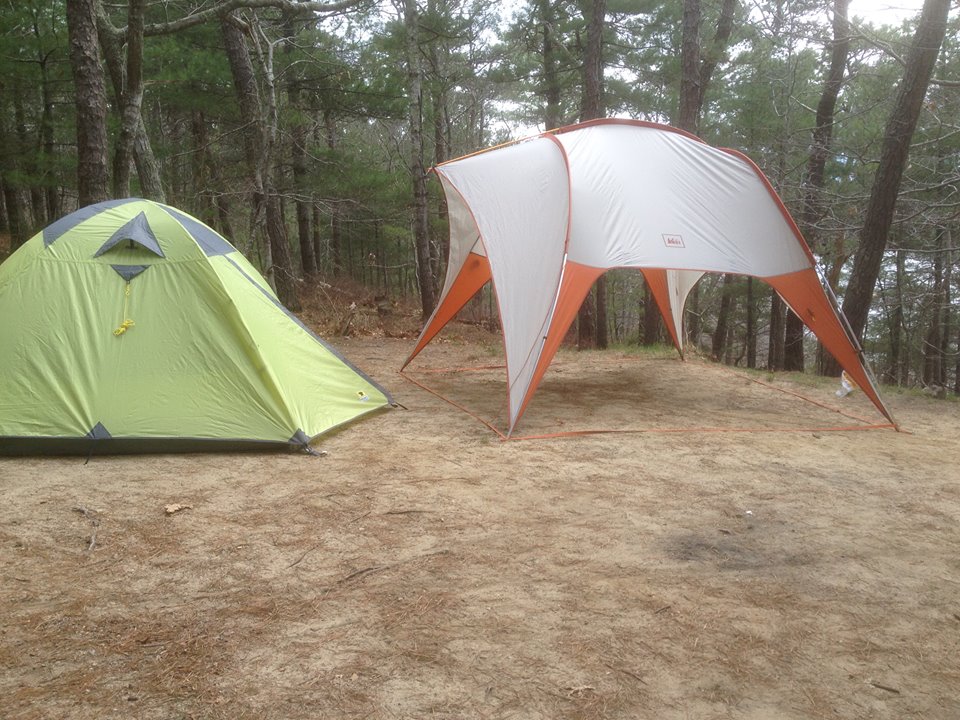 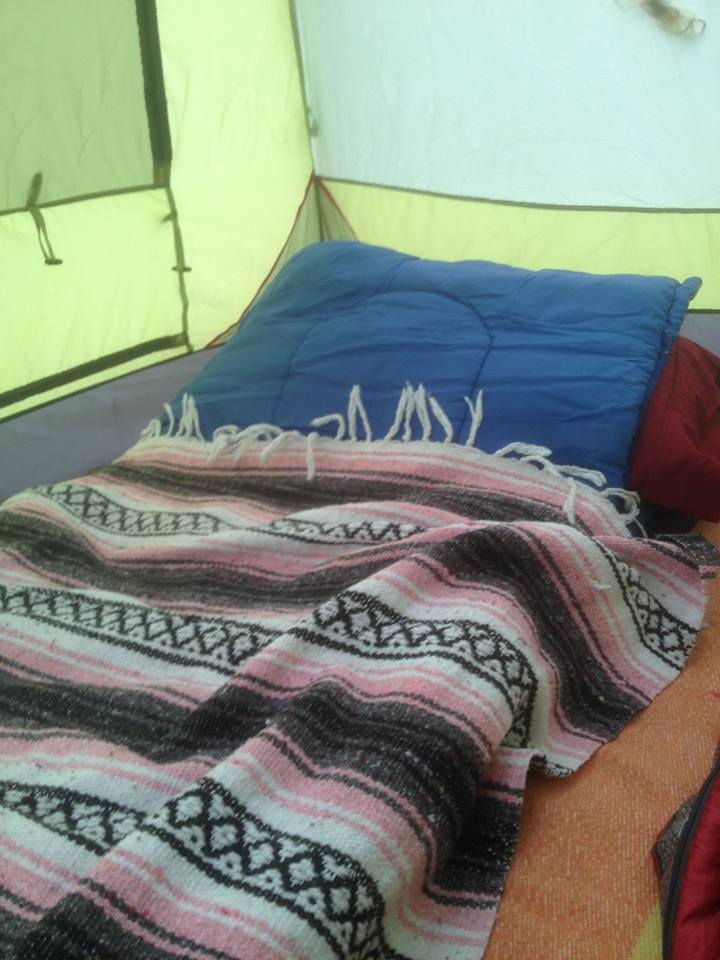 Hello guildies, or "god dag" as we say in Denmark.

I will try sending this mail to you again - in hopes I'm not just Anhedonia, friend of Grellic in guild anymore - but plain Anhedoniana or Haruspexia - an entity of my own ;-)

My good wow friend, Grellic told me he wanted to change servers from EU to US last month. He wanted me to join him.
What do I know about Amercia, I thought? We Danes only know you for Buffy - the Vampire Slayer, The Vampire Diaries and... (Come to think of it - do we know you for anything that doesn't include vampires...?)
Of course I'm only kidding ;-).

I just wanted a fresh start without achievements. And I wanted to make new friends.

My first fortnight on a US server I only met very quiet, very few people. .. The time difference might explain that but still...
So I went as a healer to Deadmines on a druid . When people started dropping  like flies because I couldn't heal fast enough noone scolded me. Someone even asked me why I didn't have any heirlooms and if it was my first char? When I said yes, he congratulated me on playing wow and told me it would get easier. Everyone cheered and were friendly. You don't see that very often on a EU server unless on a guild run.

So I hope I will meet more fun-loving nice people and for those of you I might encounter online I just want to say, Don't worry, I'm now boomkin  - and started up a priest, and I try not to get people killed anymore ;)

Haruspexia of Earthen Ring - US

I just got caught up on my podcasts and I wanted to give you an update. I have started another toon in clans of darkness, An undead priest, Taeyln. I hope to have more alts soon, but am having trouble beating my Alliance addiction. My main is Tejay, a night elf hunter on Stormrage. I have 6 100s,3 94s, a 61 and 38. One of each class on the Alliance side. A few weeks ago I got Garona on my main, hit 150 mounts and 400 pets. I hope to have more time to join you soon.

Keep up the good work,
Hhark

After lasts week audio submission going better than expected, decided to do another one for you all, so you all can get your regular dose of the Welsh accent :-D. Hope you are all doing well and that you have had a good week, might not be in the chat room tonight as I will be going to a concert, although depending on what time I get back might be here, still loving the show and enjoying being part of Clan of Darkness so many friendly and helpful people who have welcomed both myself and my friend Anedonia (Haruspexia) into the guild. Anyways without further ado audio submission number 2 :-D still some nerves there and getting used to the whole idea of doing audio submissions but with practice will improve .


He won't bring peace but a Sword
Morning CaW crew as I write this I am just over 12 hours away from placing my nephew in the ground as most of you hear this it will be just over 12 hours after I have if your listening live where most will bring flowers and kind words to his grave site I am taking a sword. Mainly because it's me after all and also he will not go into the next great adventure not prepared he will face what ever comes next with a blade in his hand and the knowledge that his uncle will destroy anything that blocks his path. As for in game I haven't done much this week as I been busy with work junk mail runs and getting ready to drive back home. I have played a bit of HOTS and also hearthstone where in I have beaten the first 4 wings of Blackrock Mountain and now getting mauled by heroic mode.

Posted by Aprillian at 4:47 PM