Hello darlings!  Here's a quick note to say that I loves you & hope you're all doing great this week!


1/ Iron Leitta - Orc Hunter - Lvl37 - Lvl38
Questing in Southern Barrens thou most quests I got were yellow so decided to head back to Stonetalon Mountains.
DMF first aid gave me 3700xp 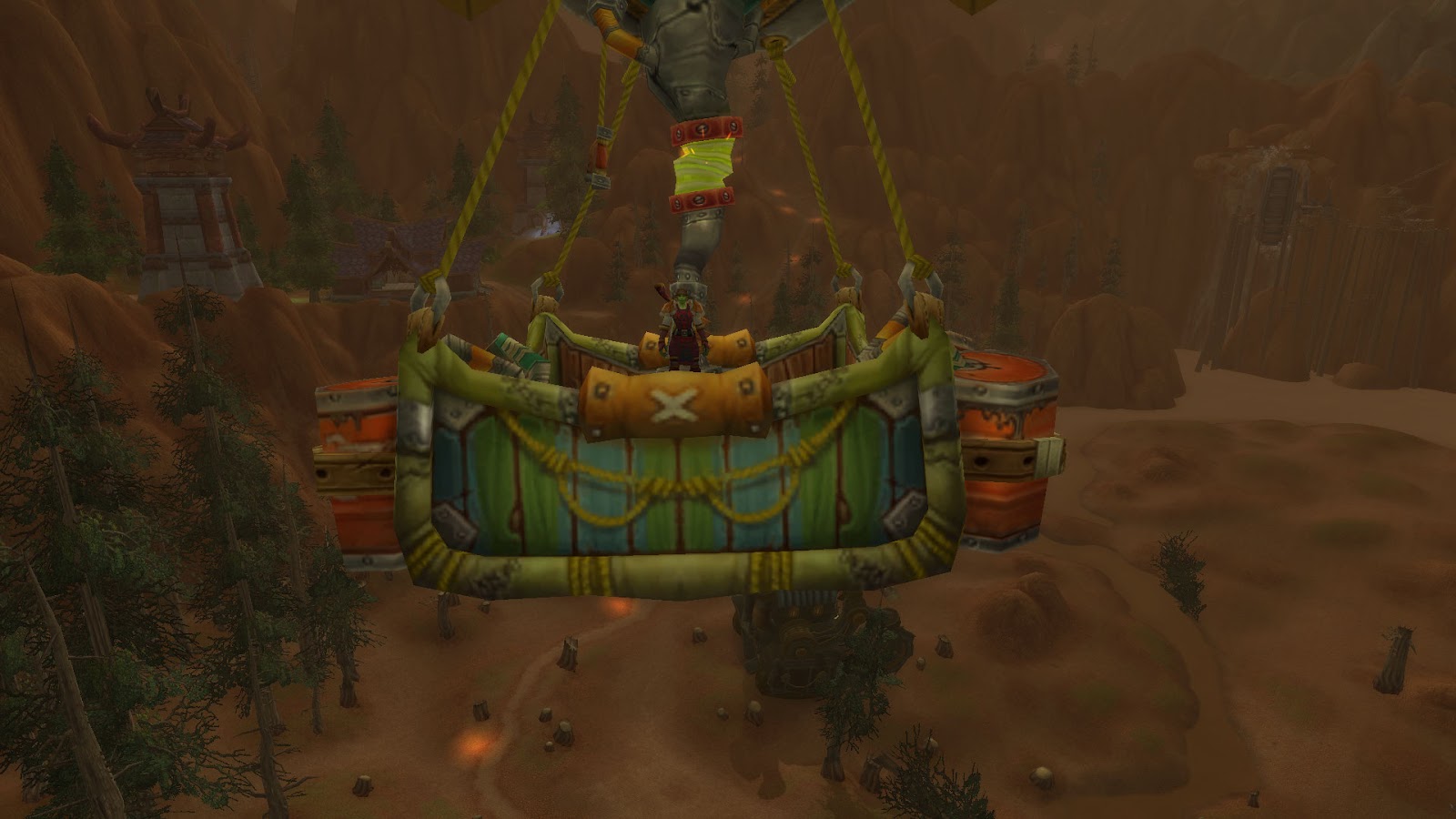 Up Up And Away! 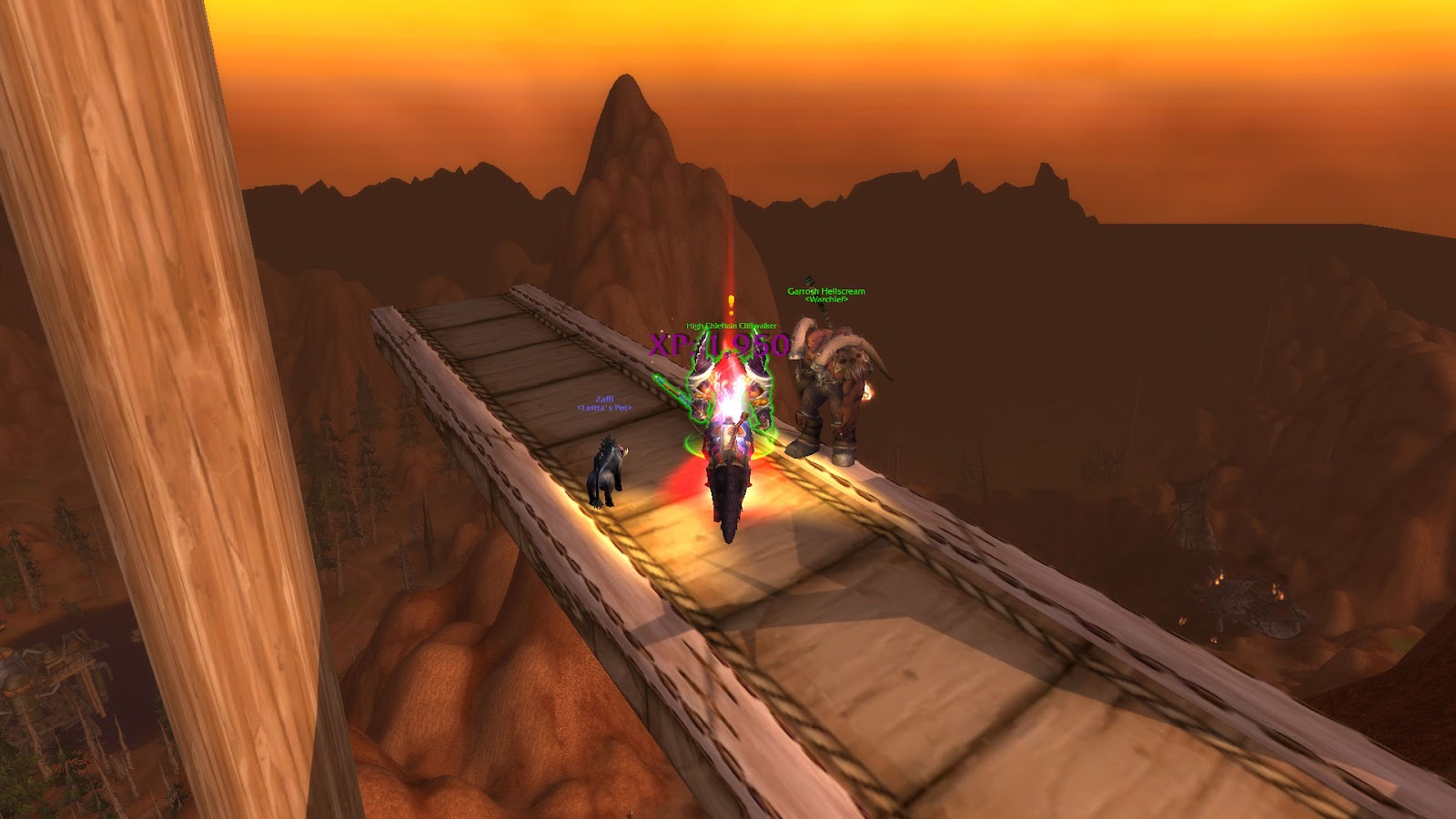 
2/ Iron Leitah - Human Warlock - Lvl21 - Lvl22
Headed over to Darkshore and been making my way through the zones there - mostly green quests so that is good.


3/ Druids - Troll - Lvl5 - Lvl11
Wingy and I ran around Durotar doing the quests as well as picked some useful professions namely herbing :) 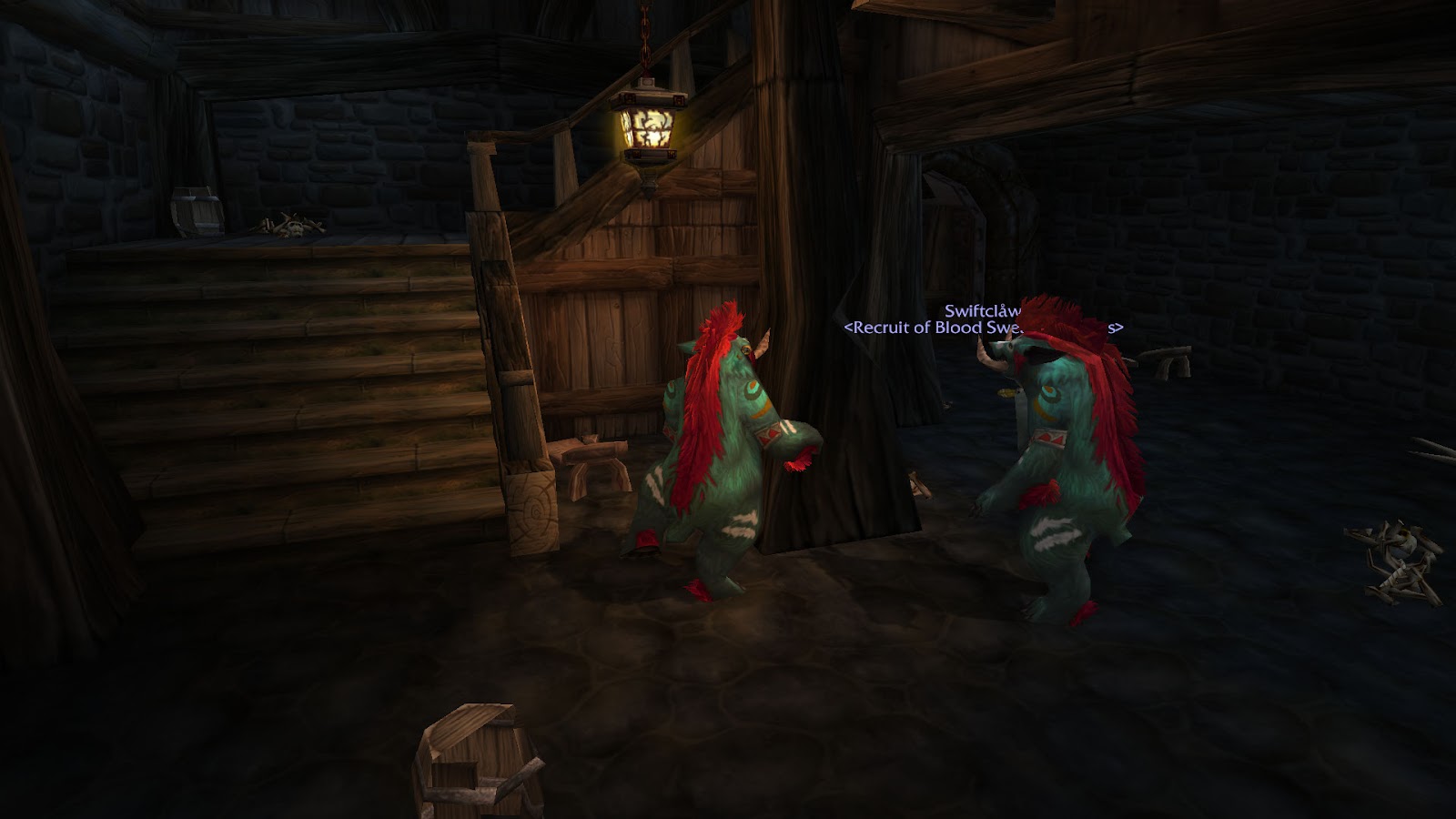 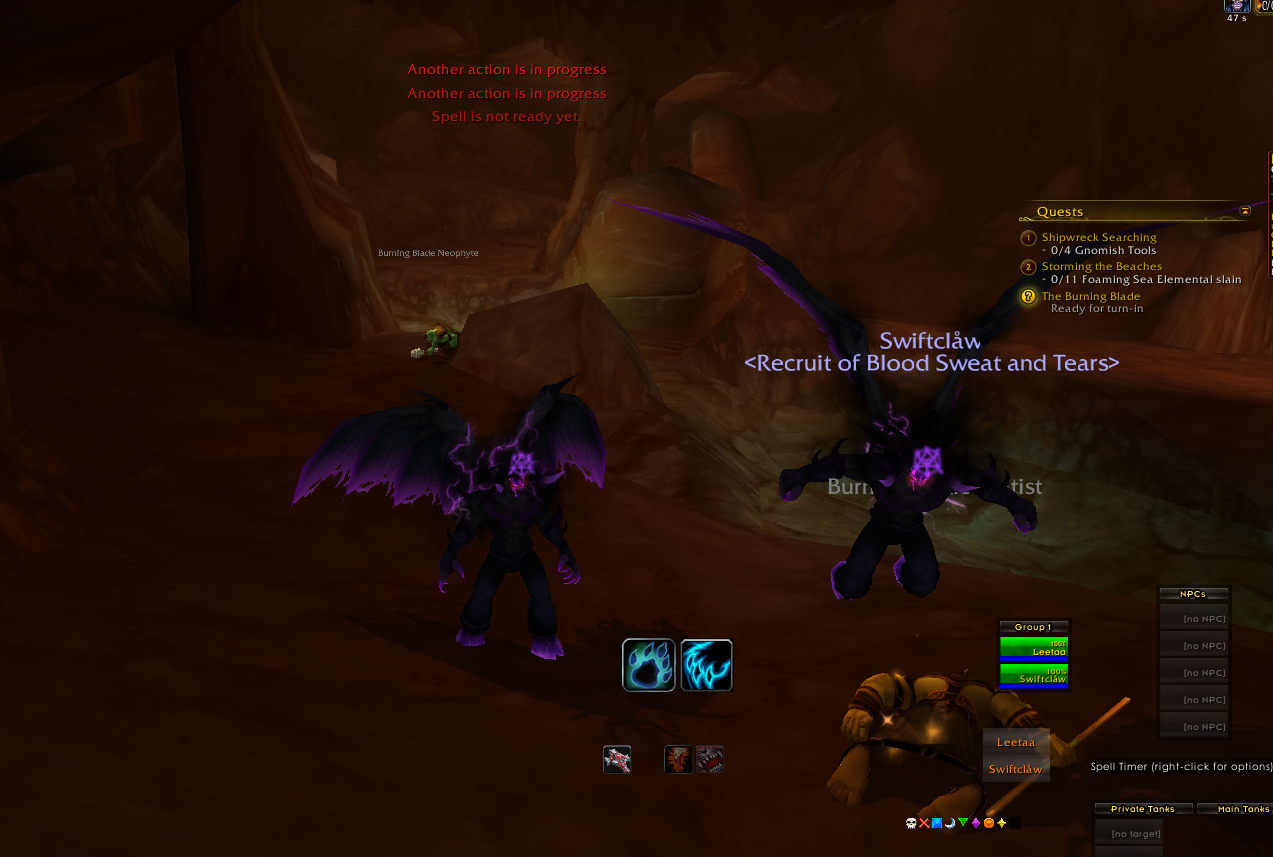 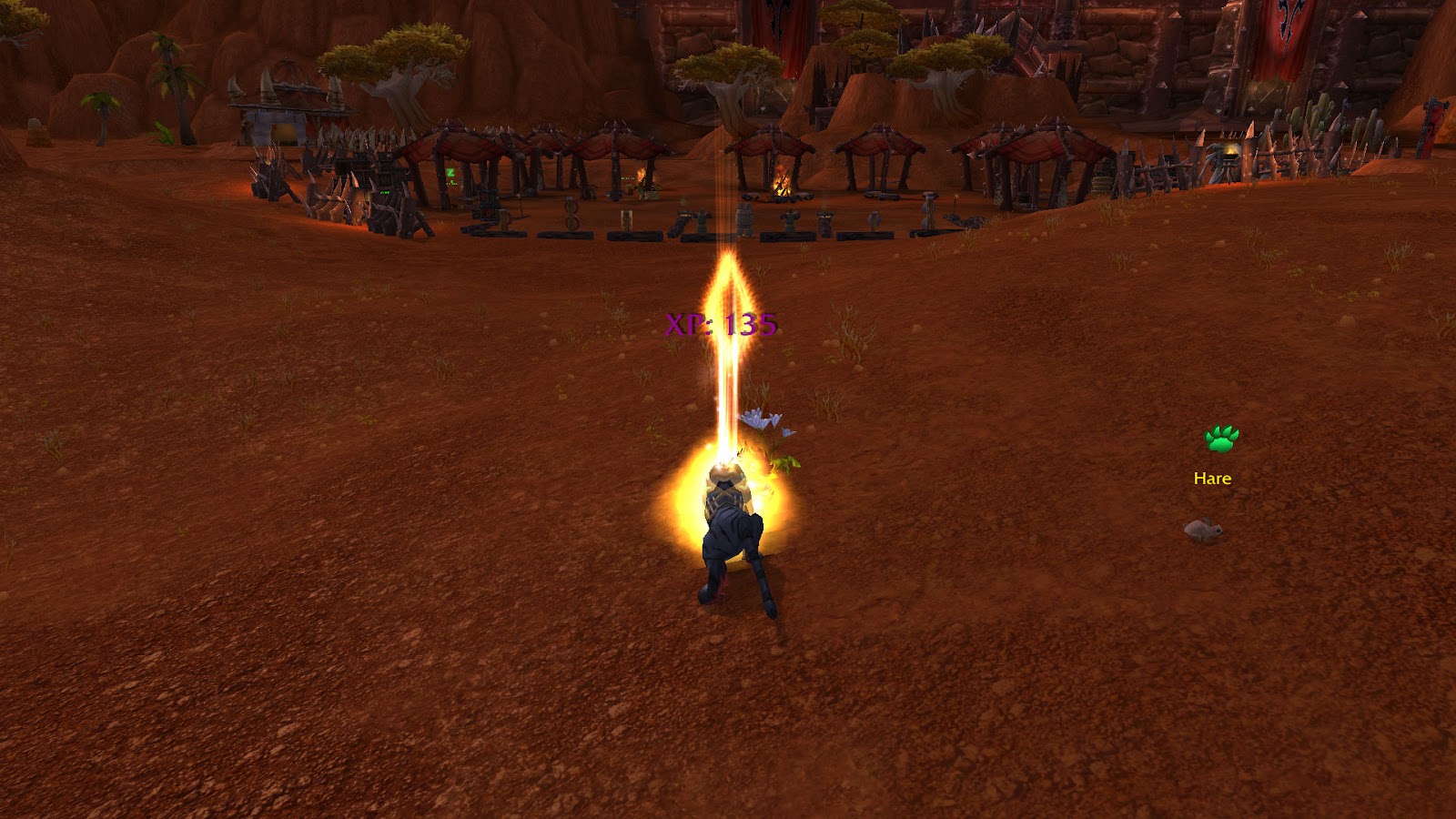 
3rd month that I cannot pick up Archy profession quest from Paleo! 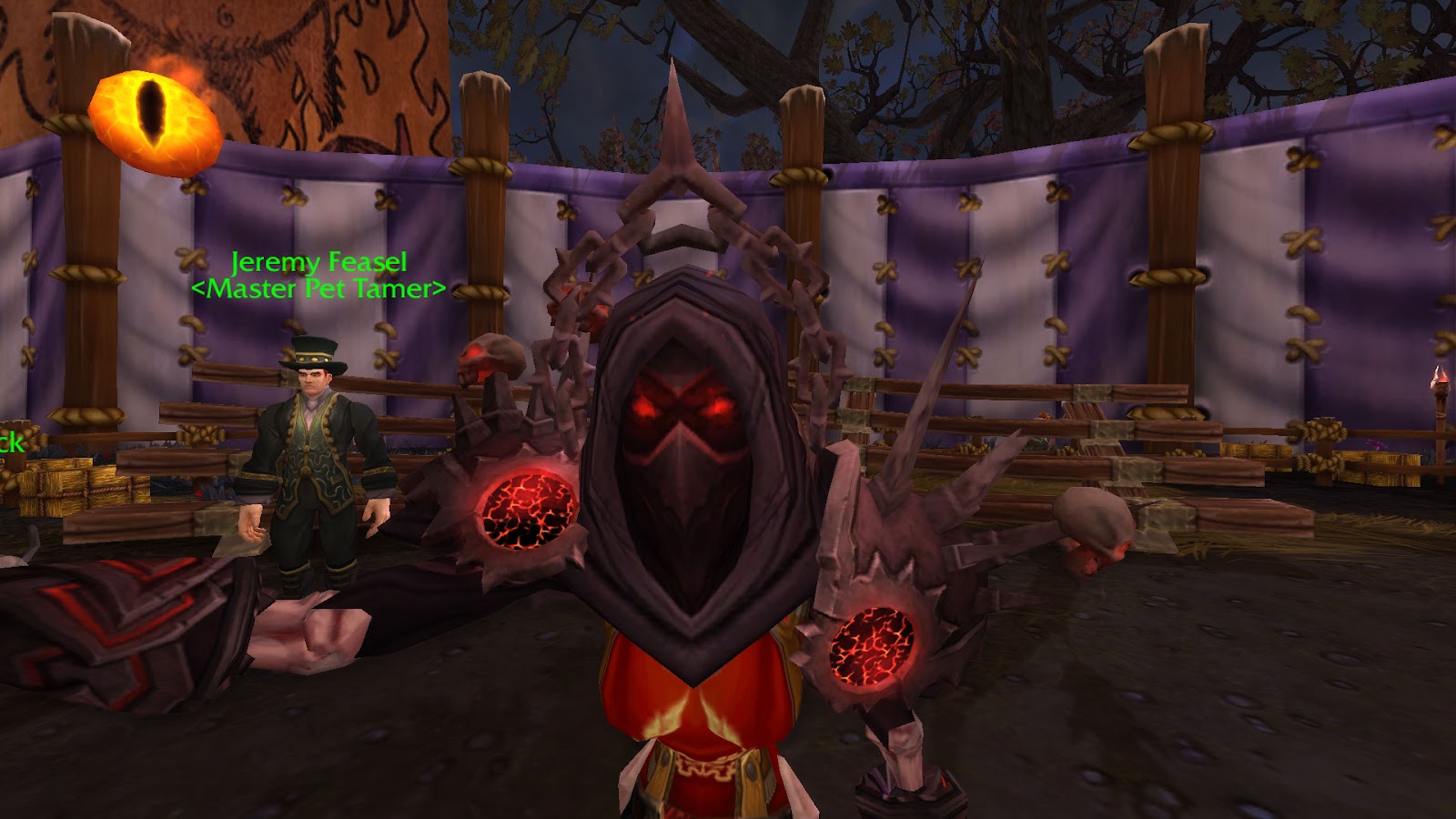 
Did managed to run alot of my Challenge toons across to get the 16 slot bag and abit of gold! Thank you Rogueslayer for one of the best tips for Challenge toons!


5/ Leeta
No luck on Timeless Isle thou I have mostly been over to see if Jakur is up and kill him if so!


Mount runs have not been kind!


Did spend a night flying around Draenor hunting down treasures!

Woot!
Decided to go visit Isle of Madness while we record…
Monstrous Spineclaw No.33 spawned! And... 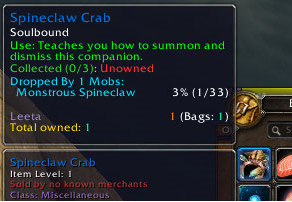 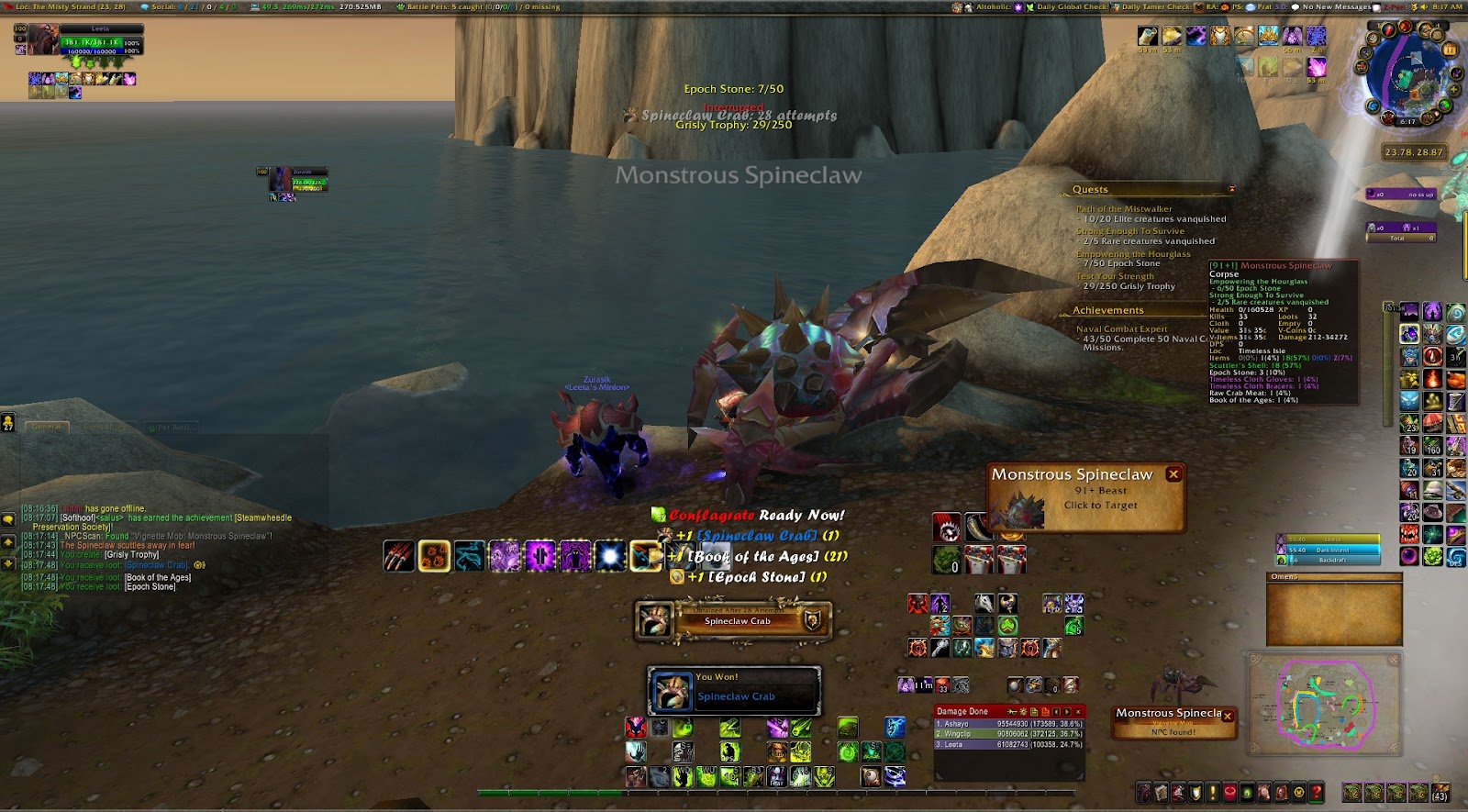 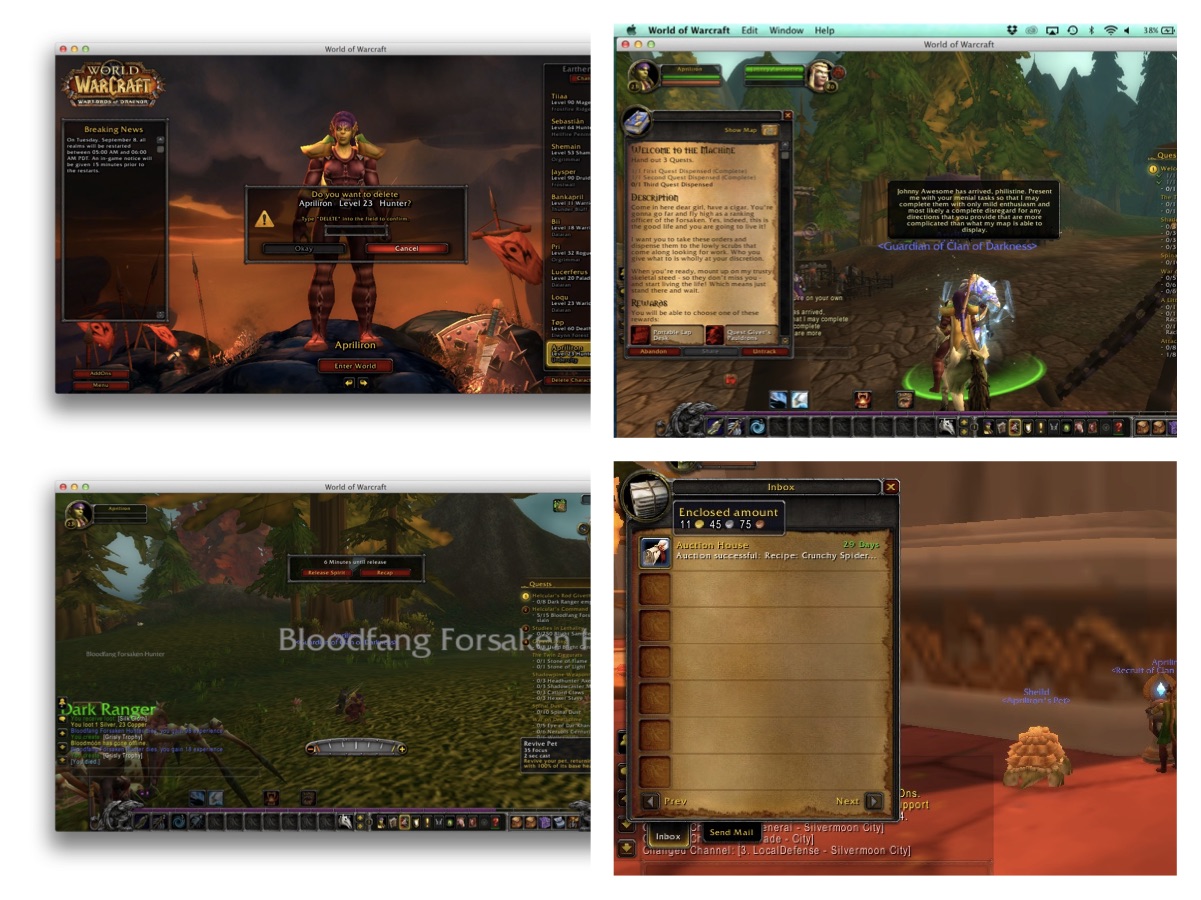 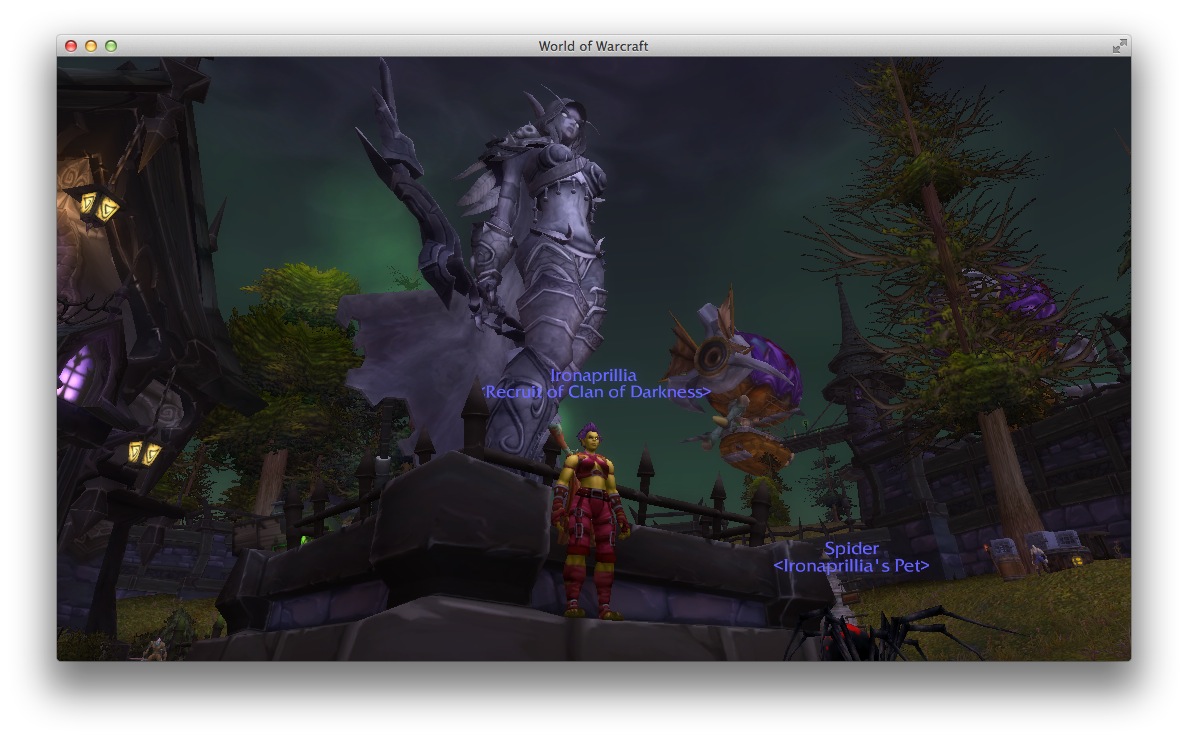 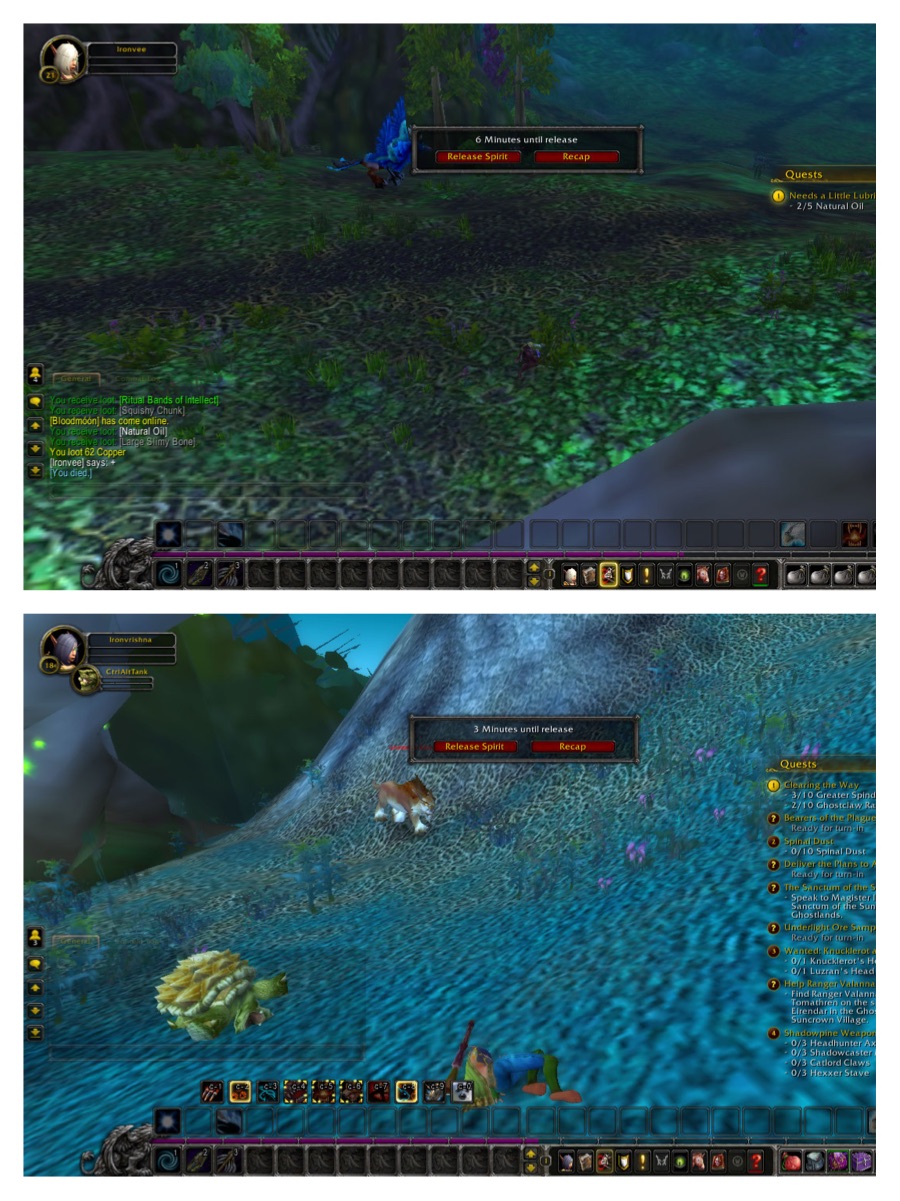 Alisaunder Week
From Alisaunder
Hello everyone.
My week started the same as usual, collecting my daily gold from my 7 garrisons and ran the Circuit of Optimism for mounts.
Then my friends finished the dailies for their aqua striders and settled on the collect twenty kitties achievement to work on.
We ran Nax, Molten Core, AQ and Black wing Lair and thoroughly enjoyed ourselves.
Razorgore was the best, as I made sure to explain the mechanics of the fight before we started only to have them instantly kill him .

The second try went much better but they accidentally nuked him in an AE as I was killing the last egg. But after that we roared through the place.
Being hunters we had to tame the lovely Chromagus and then it was off to Winters print to show them the Cub dailies. It's like having alts or Followers that level on their own! I love my friends so much.

We finished off with Darkmoon Fair and battle pets so all in all a nice week actually spent in WoW which I didn't expect.
Have a good one....
Alisaunder
PS if anyone can make a Sapphire Cub, please contact me at Mail@Alisaunder.com


Too busy watching Archer
Sorry no audio this week as it has been one of those weeks full of real world jumping up and down on me and a awesome stream of archer on Netflix Damm you 5 seasons of Netflix. Plus I have to wait till November to get my paws on the new iPad pro.


And for awesome audible books that have also been stealing my time.

This weeks segment of Addon Spotlight, BadBoy, a spam-block addon
Each week GrandNagus takes a closer look at some of the most useful World of Warcraft addons out there.