Ctrl Alt WoW Episode 441 - Gronnlings All Around! (Who Was That Masked Sumduud?!)


A quick note because I loves yous!! 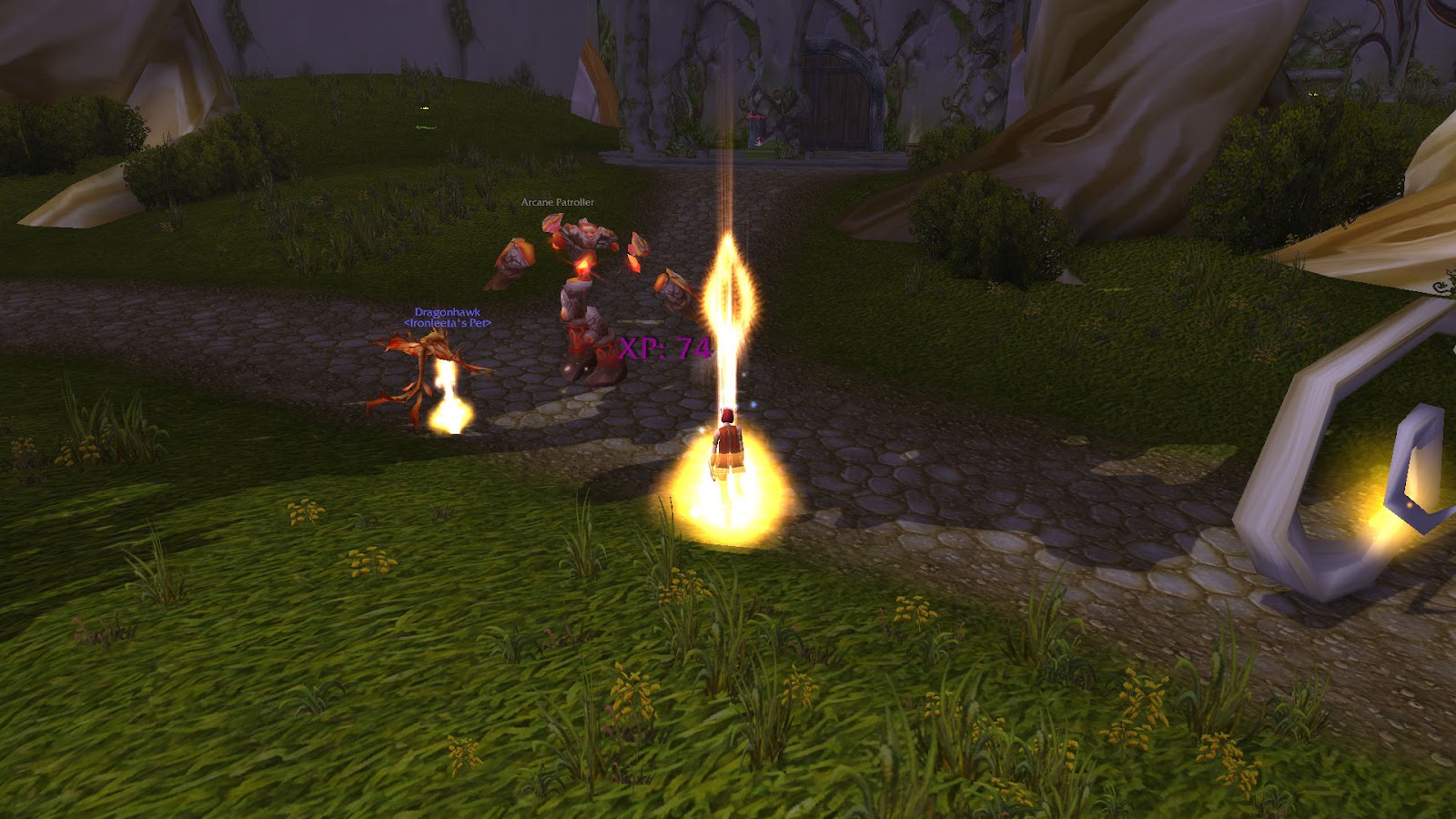 
2/ Bloodleeta - NE Druid - Lvl21-Lvl22
Killing knolls mostly in Redridge.
Did not have much luck on rare spawns. 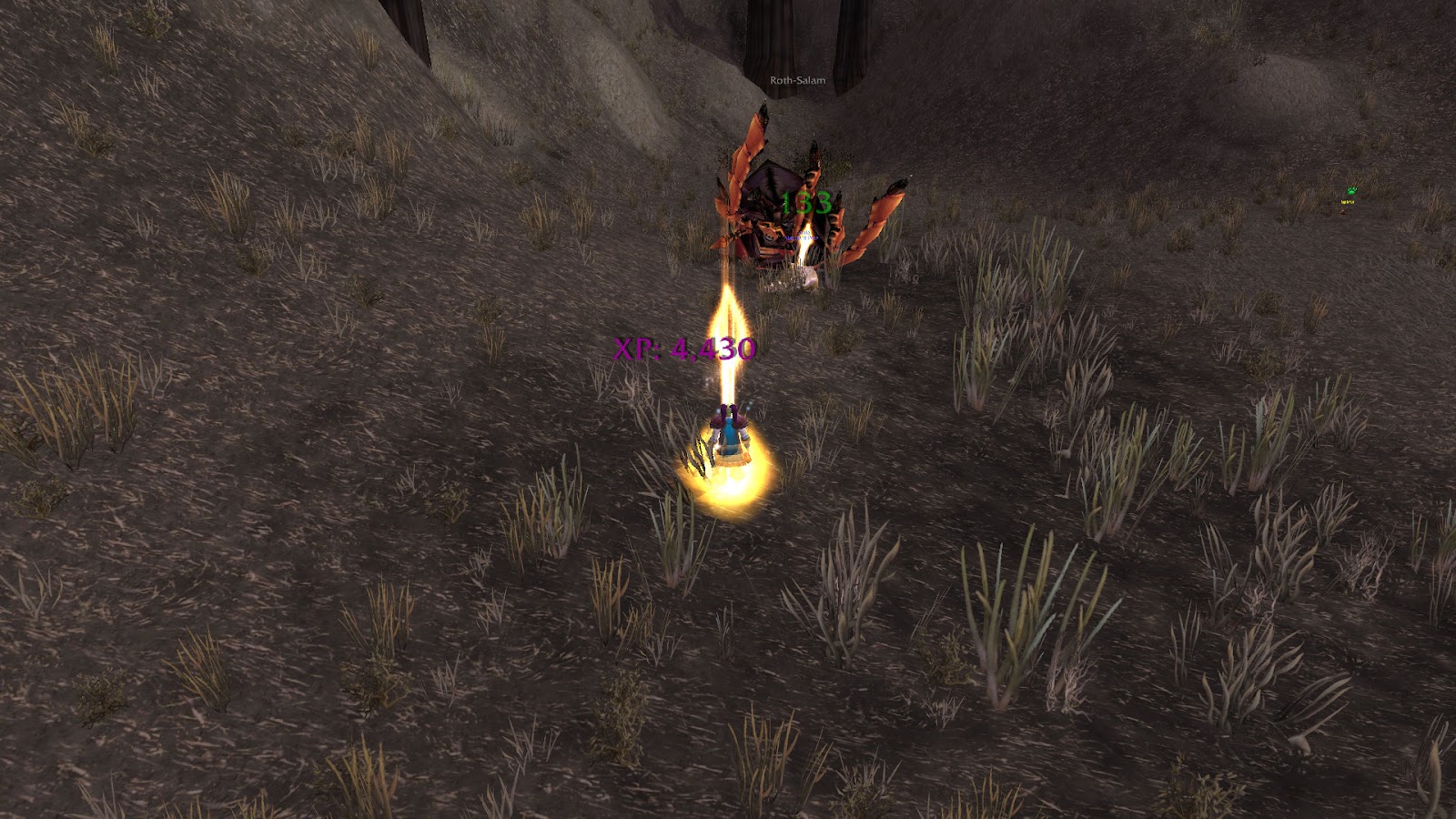 
Got myself a new pet - Crocolisk named Charlie and also got new gear at 45! \o/ Still need a new bow or gun! 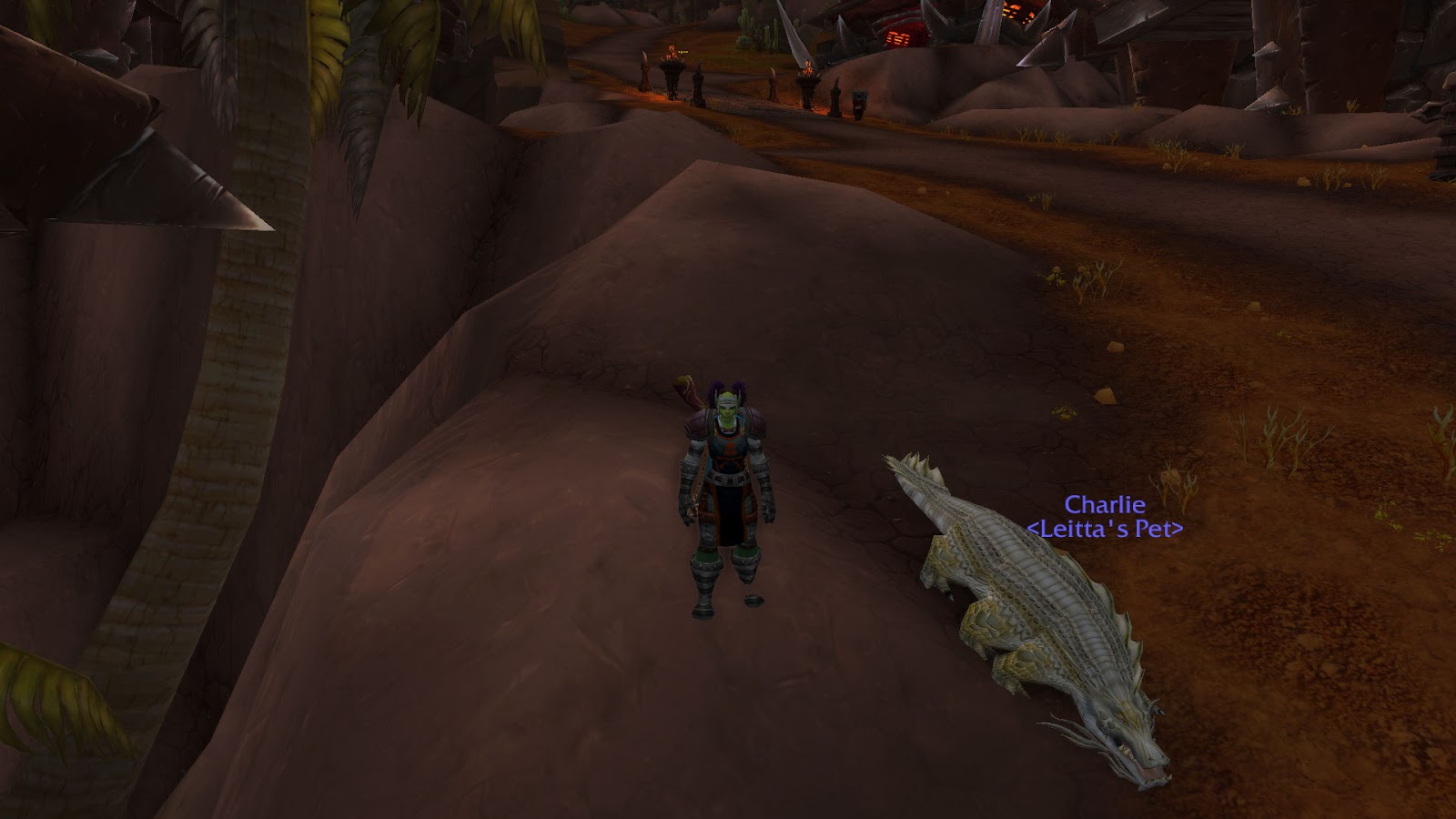 
4/ Pet Battle Bonus Week
Managed to get a few Pandaren Tamers done on my Hunter Keillah!
Levelled about 11 or so pets to 25.
Lvl95-Lvl96!


5/ Druids - Horde Trolls - Lvl28-Lvl34
Dual specced once we hit Lvl30 and did a random roll for who was going tank. Closest to 100 was tank.
I am heals lol
Did a few dungeons - Scarlet Monastery, Razorfen Downs 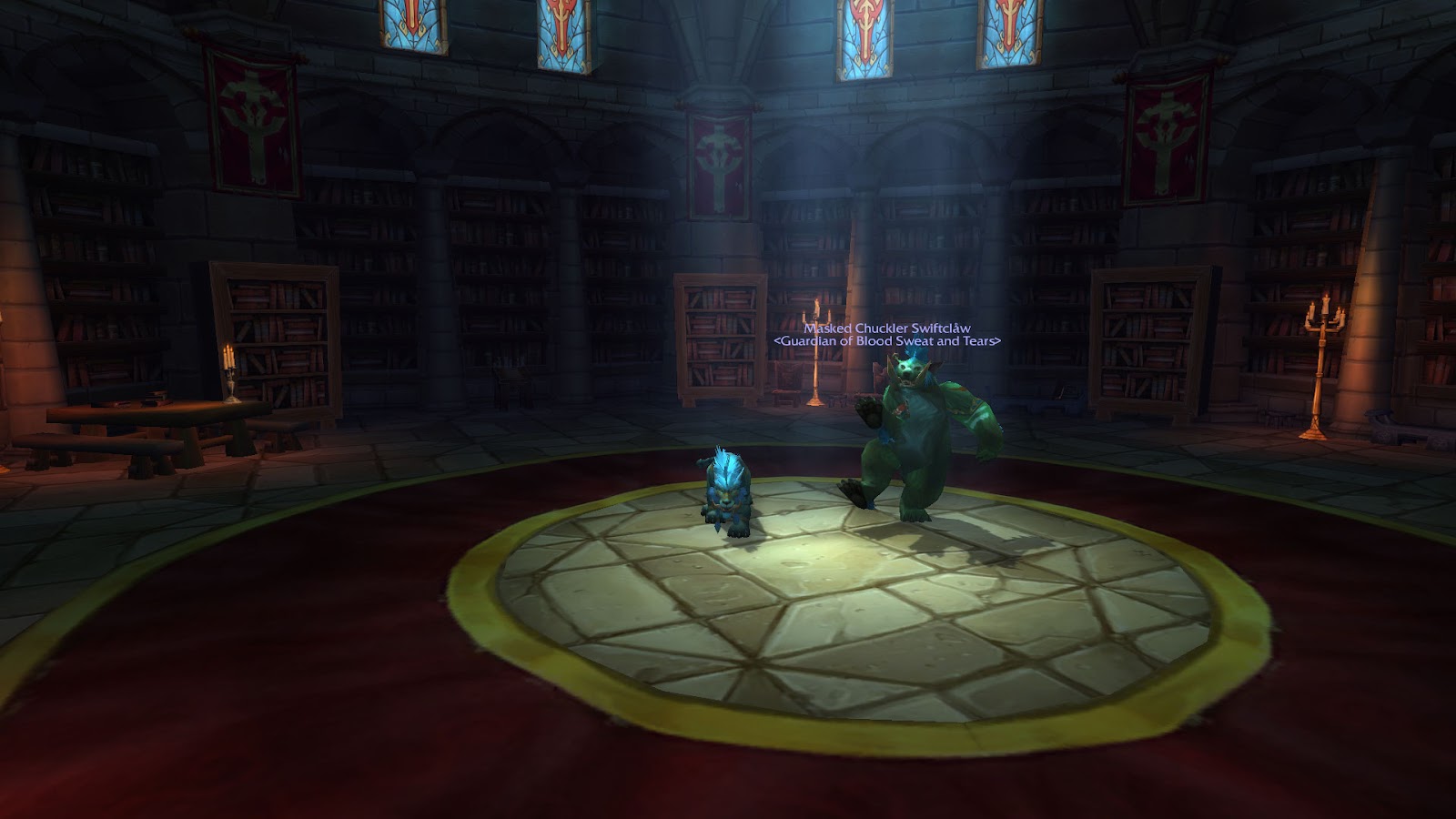 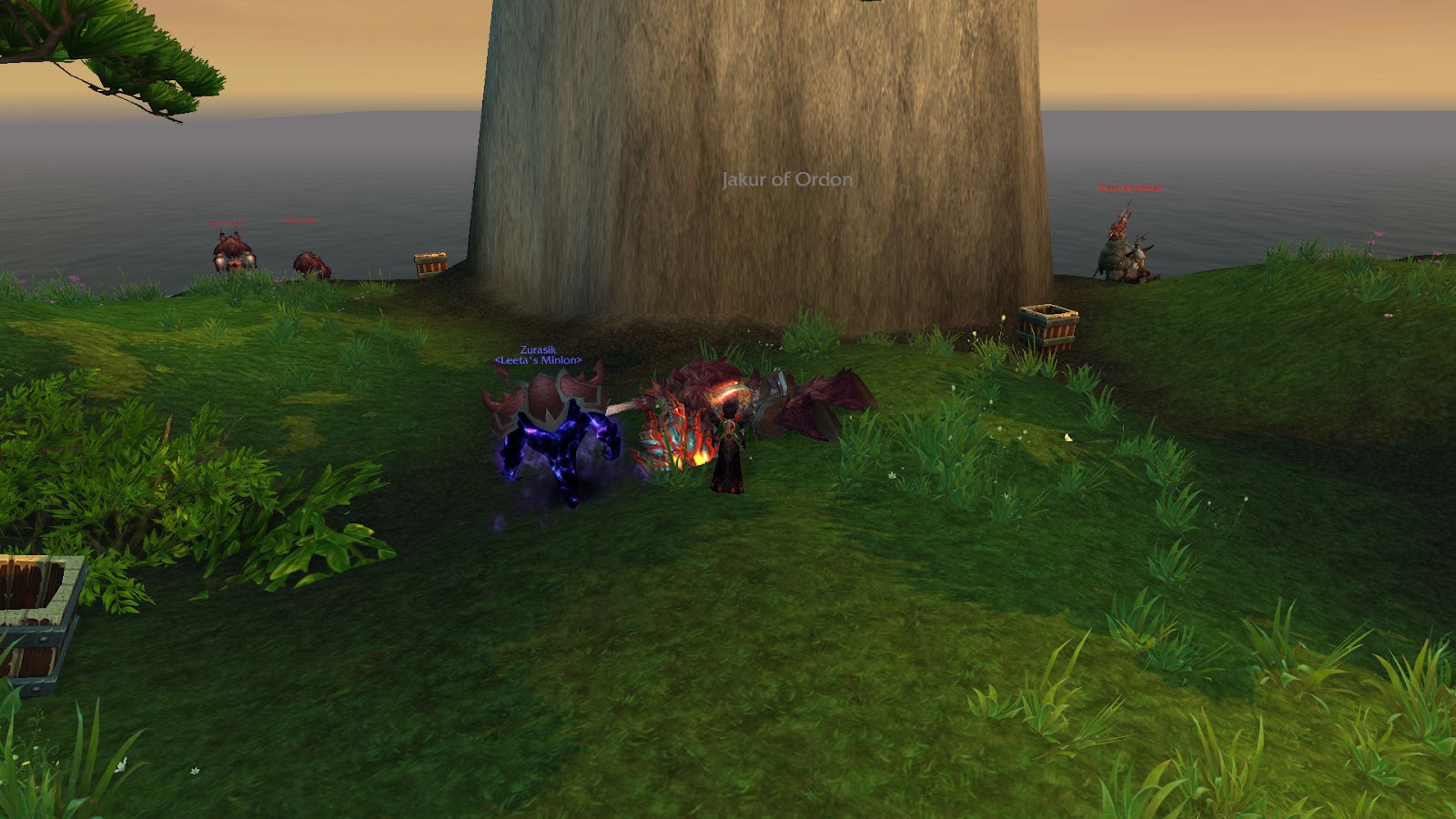 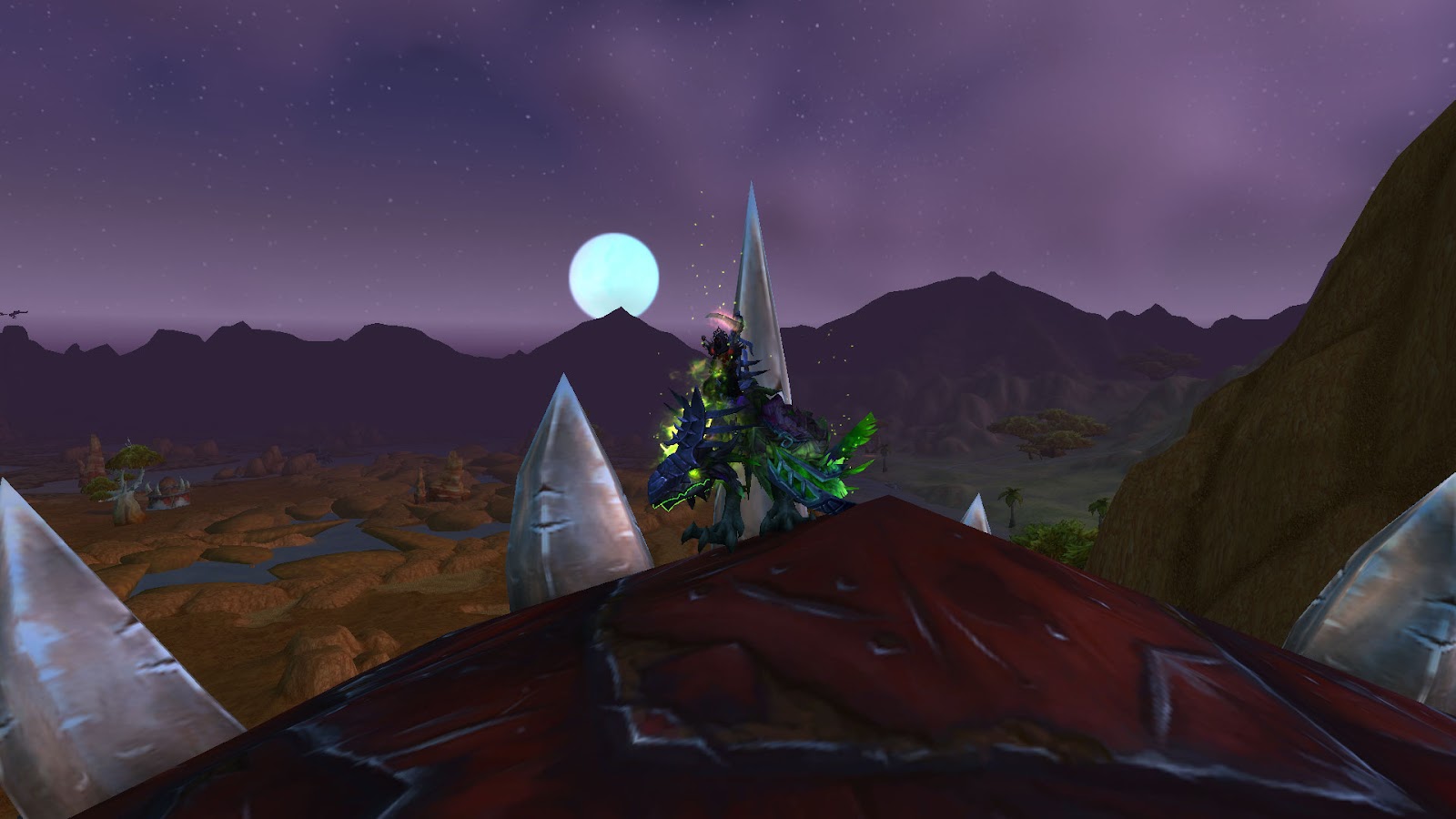 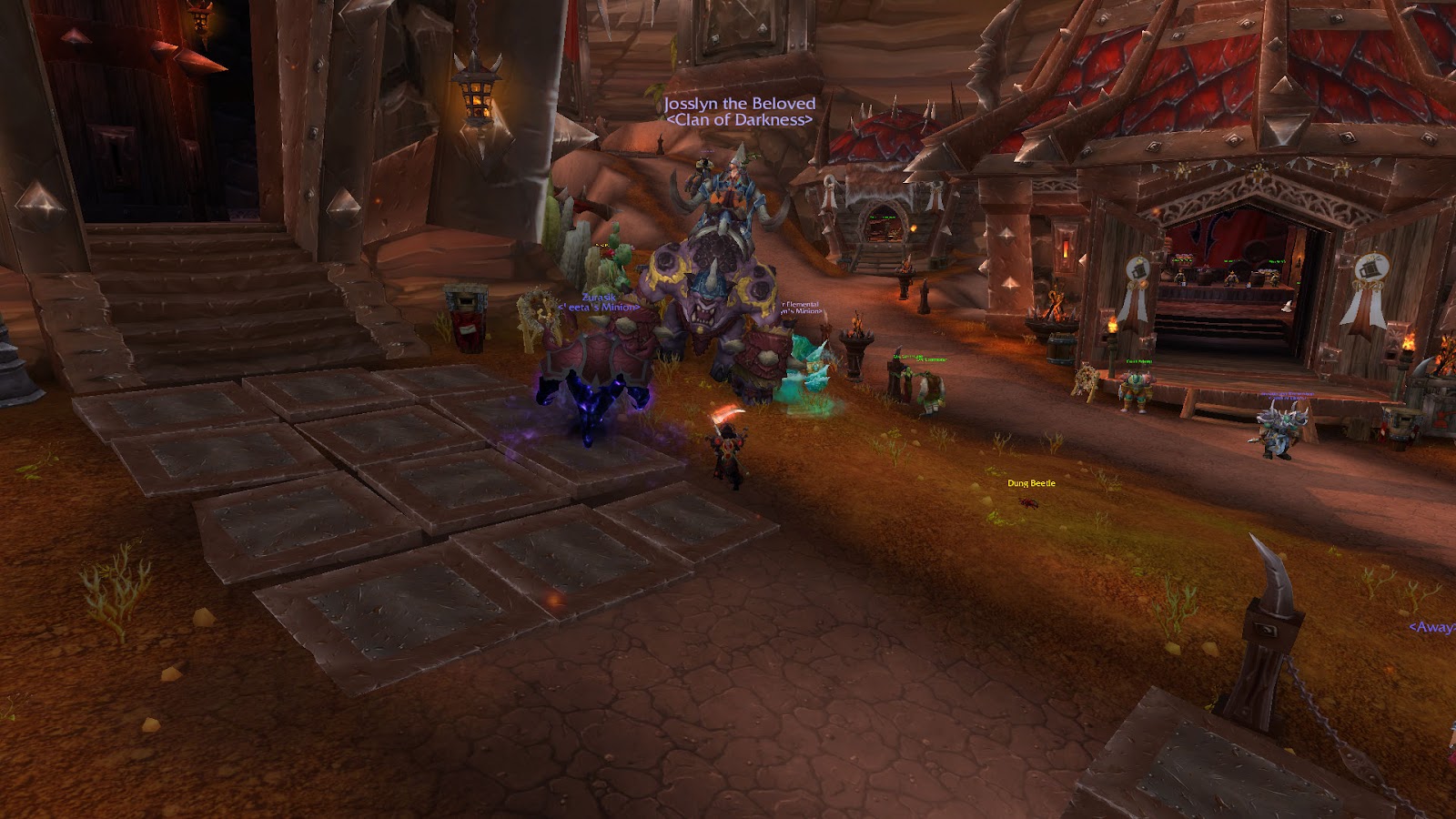 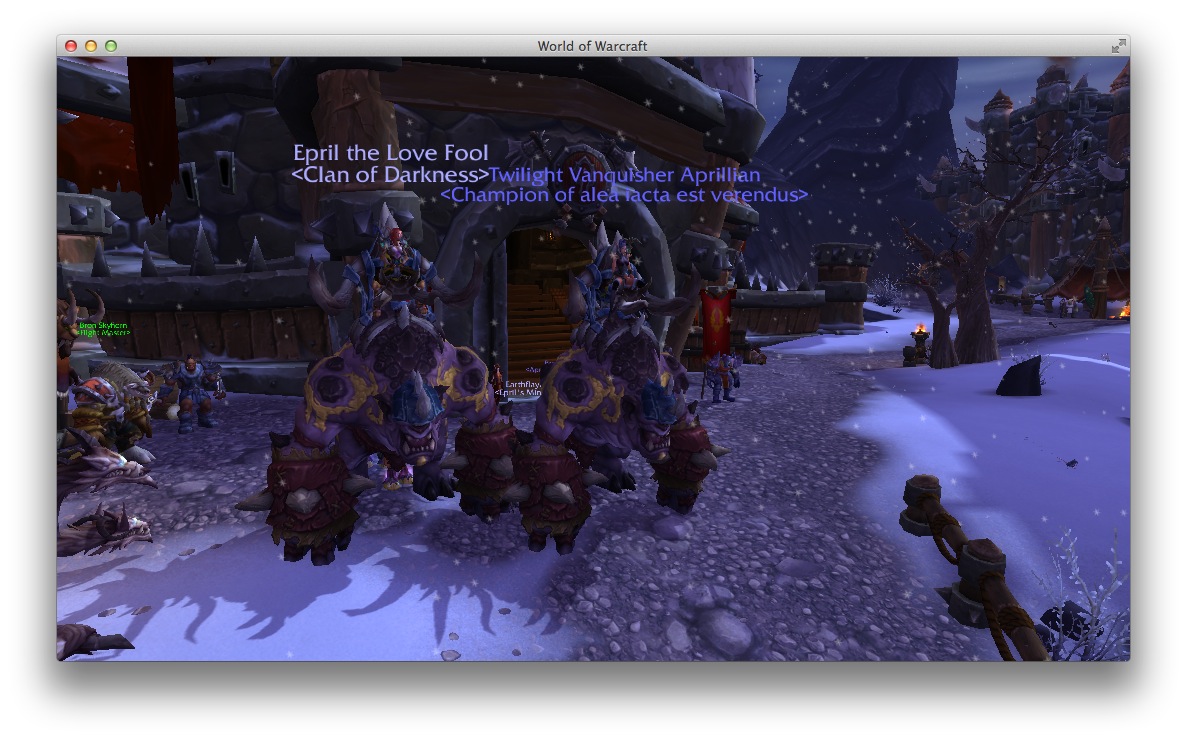 Knucklerot Invite
Whilst working Iron Vrishna 1.31 had to refuse a team up request from Misshadow-KirinTor. Felt bad. Also I was level 18 and was afraid of dying ! However, as I left the Howling Ziggurat, she was still fighting him. So I sent my pet in and fired 10 or so shots helping to bring him down for her. I expected no XP but got almost 200 ! I expected no loot as I didn't tag the mob but got his head for the quest anyway !! Will I be punished for my generosity ? Stone ?!?!

1.31 down for the count
Deatholme, toon ahead of me took down quest mob. Whilst waiting for respawn, pats come INTO the temple. I DID know that, but didn’t protect against it. 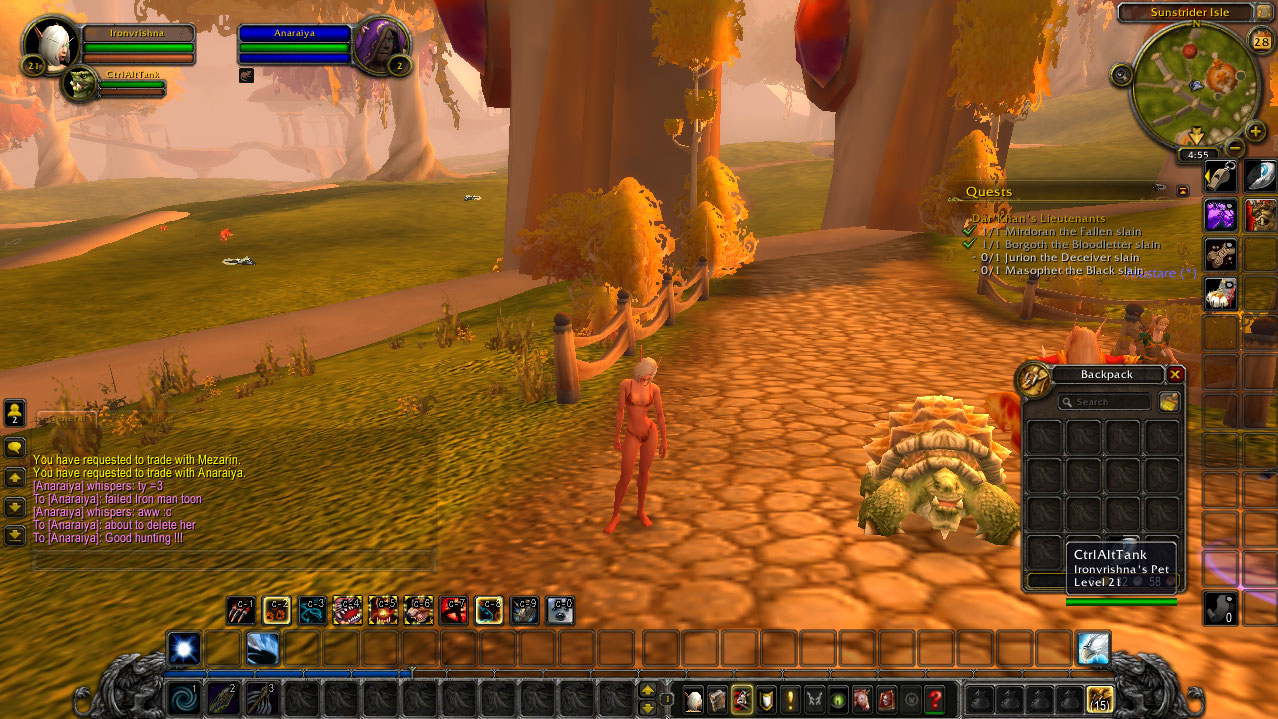 
My first success at capturing a screenshot of dinging ! 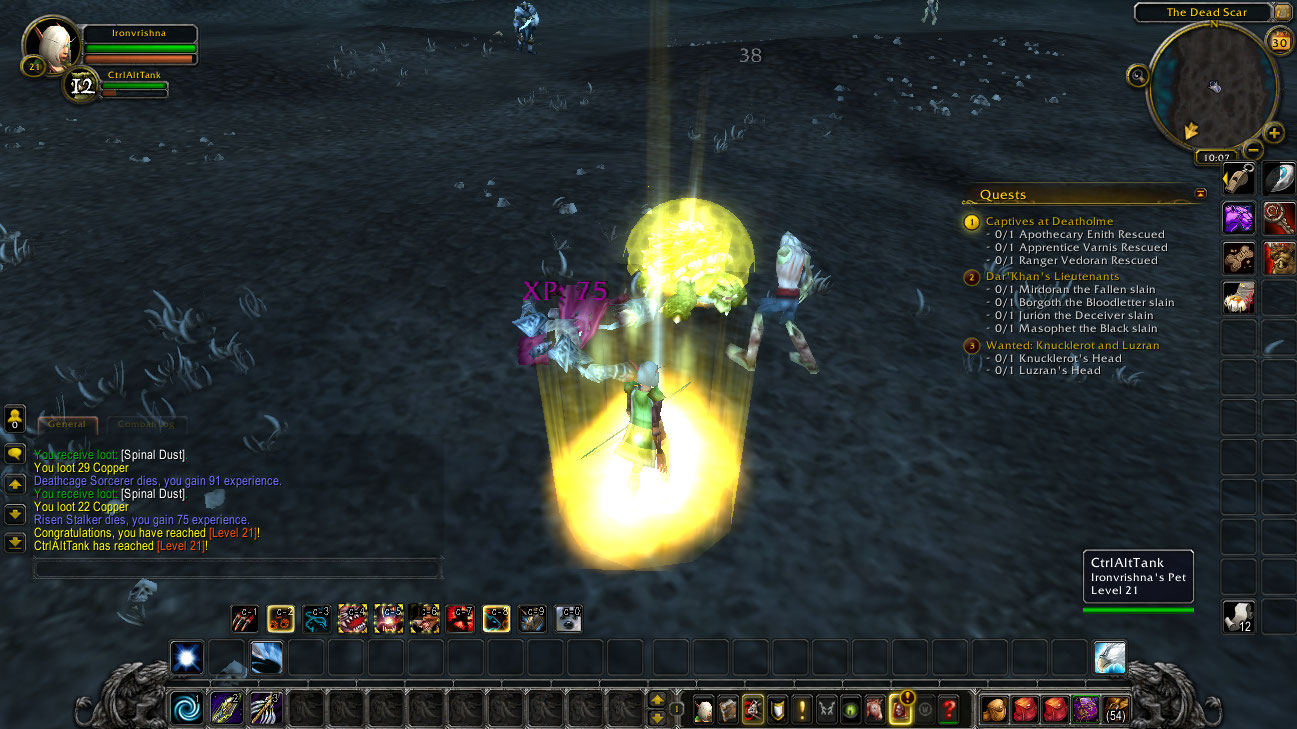 At the same spot in Deatholme …
Before heading into that SAME temple, decided to turn around. Sho-nuff ! Here came the pats ! Did I trip a motion sensor !?!? 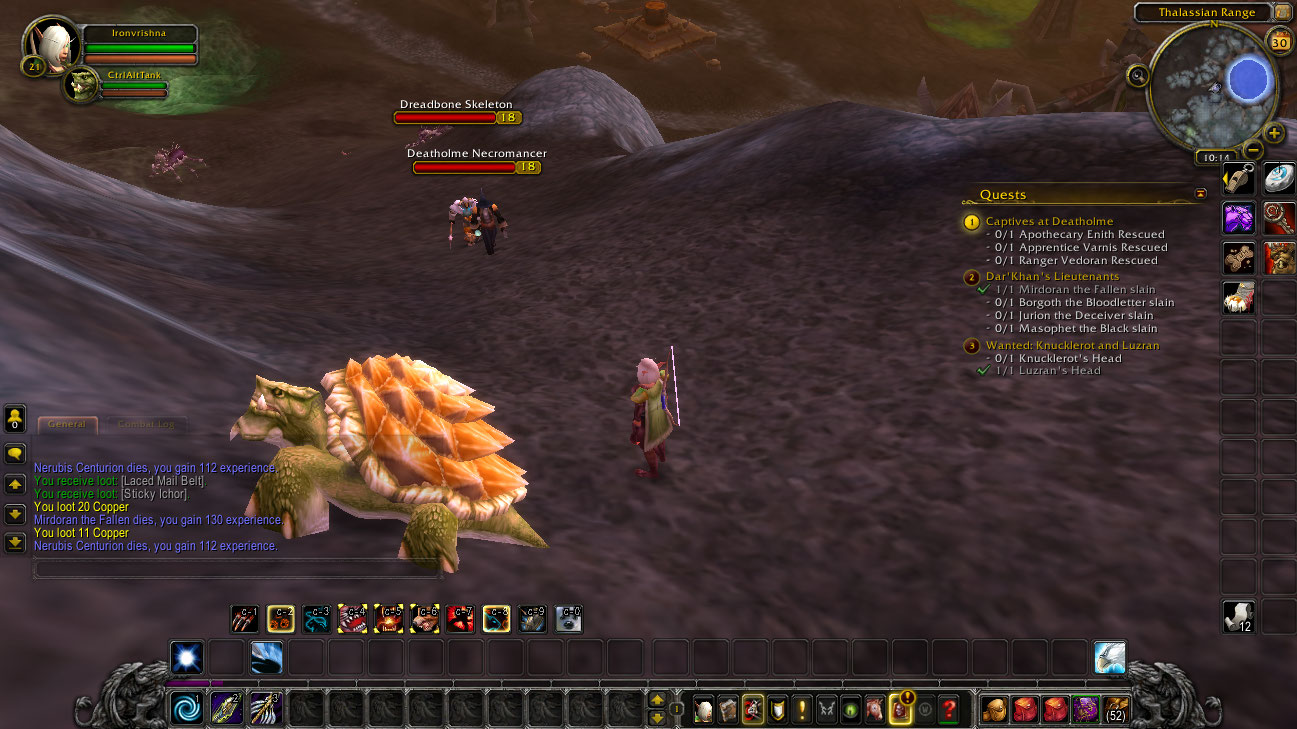 Well met !
Invited to team up to take "Kelgash's Head ?" Had a nice chat. Forgot her name. She was excited to hear of the ironman challenge and aid she might tune into the cast ! Level 18 or so ? 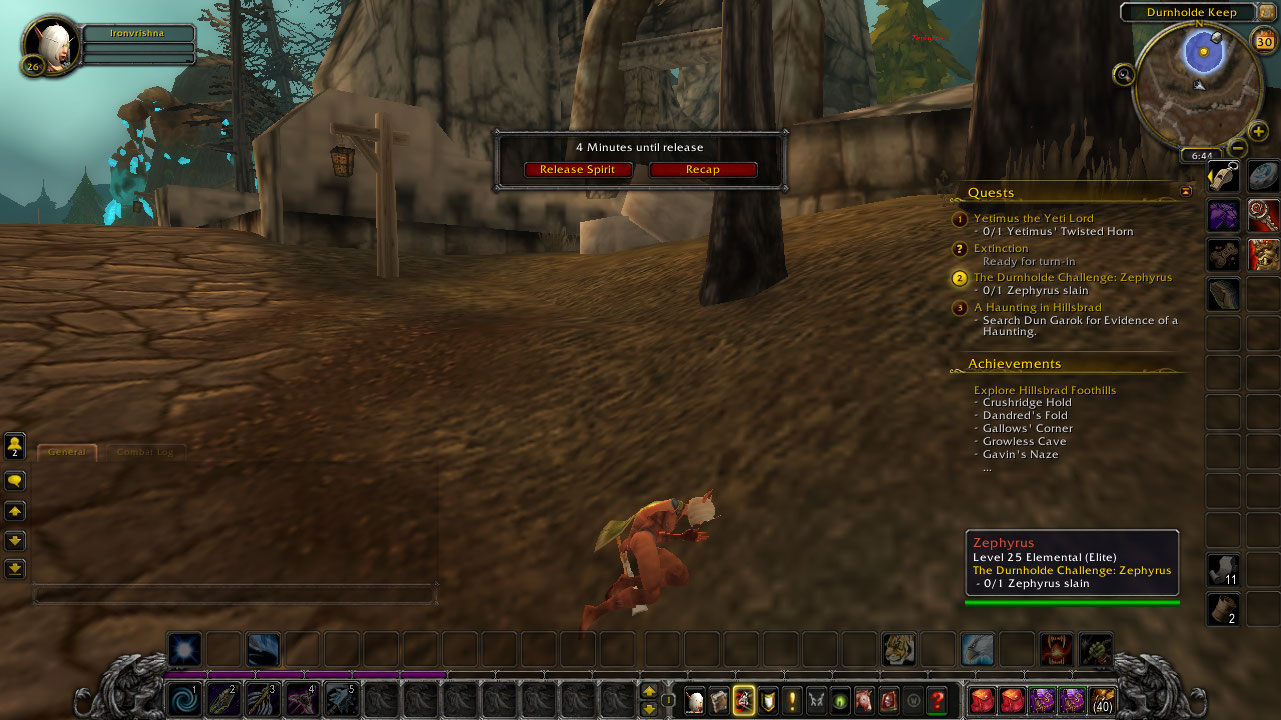 I hope this works, if not. Oh well. :) Please be sure to let Vrishna know I did this!


Raz
(Razuris is the main and a whole bunch of alts that have RAZ somewhere in their name.)

First no power now no water
So I thought the morning with no power was bad so I came home tonight to find a house with no running water. So after coming home from getting my car from the repair place $320 lighter only to find out I have no water. As writing this I still have no water I wonder by the time this is read will I have water who knows but this year is kicking my arse. So I had about a hours playtime this week around work and cars stopping and the hassel of finding something to restart said car so I could drive it to said repair place. Not that I am bitter not at all so I am going to sleep now hopefully tommrow will suck less.


And for the love of god stop kicking my arse universe for I am close to my next lvl and your looking like just enough xp.
BigG