Flying levels change only in one way come Shadowlands pre-patch:

Blizzard listened to me, they moved some old world portals in Org downstairs.

Shattrath and Ashran portals are now, with the release of the SL pre-patch, located in the downstairs portal room.

Now, that has me wonder what the newly vacant portal slot is being used for then.

The one is, obviously, being used for the Oribos portal. You can see the background for it active, but you will have to play the intro quest chain to open it in Oribos, to get the portal to activate and show up.

It looks like we are not going to see any change to the pet battle system, currency and the like.

BMAH requires a max level character come pre-patch. What about the fact that we can not be max level until SL has launched. Max level is 60, not 50, the current maximum reachable level, since we don’t have access to SL content yet.

14 attempts on Heroic ICC 25 man, no luck on the Reins of Invicible so far...

Finished my first playthrough of the Celestial Trounament and got the first pet.

From what i can see, i now collected all the pet charm pets there are, i only need to get the 2 toys to have all the things obtainable with the pet charms.

I am patiently waiting for the prepatch to drop.  I skimmed a bit on some of the changes and events and it just looks like a nice change of pace.  I'm also glad that I never used my 110 boost as it looks like it will get turned into a better boost than if I used it and then had the level squish.  Based on my understanding my 110 boost will turn into a level 48 boost while current level 110 characters will only become level 45.  Yay for three extra levels.

Today's Blast from the Past is part 1 of clips from episode 424.  Enjoy!

Shows missing transmog from your collection by instance

Marks instances you are currently saved to 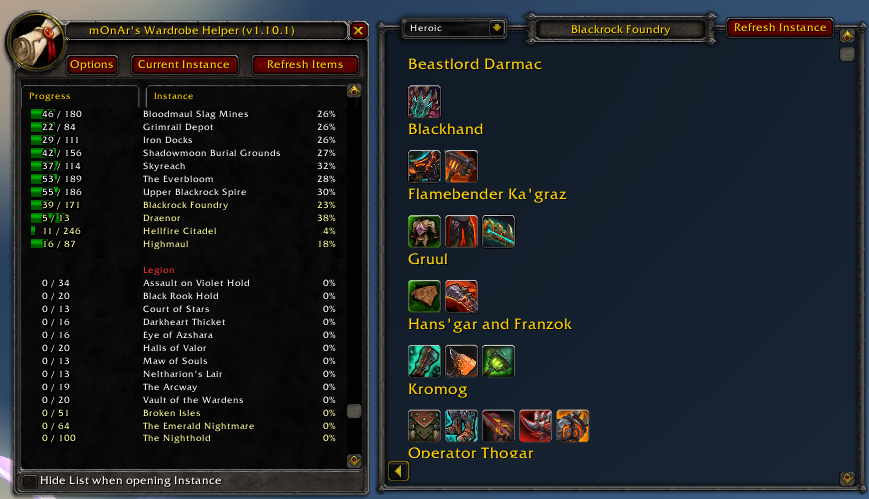 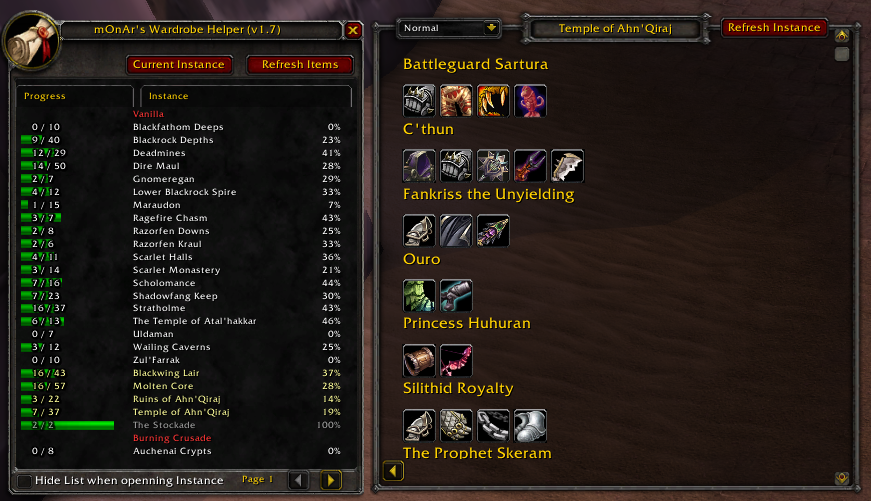