Aprillian, Ashayo, Tedrah and Jeppy discuss another week of playing World of Warcraft, Blizzard's great MMORPG. Contest Ongoing send an email to ctrlaltwow@gmail.com telling us how you play WoW, either as an altaholic or dealing with it in your family life to being placed in a drawing for a WoW Pet or an Authenticator.
Juuno's Corner

I have another (recorded) letter for you from Pixiegirl, too!  Yay!

Played beta but couldn’t loot. Monkeys on my head. 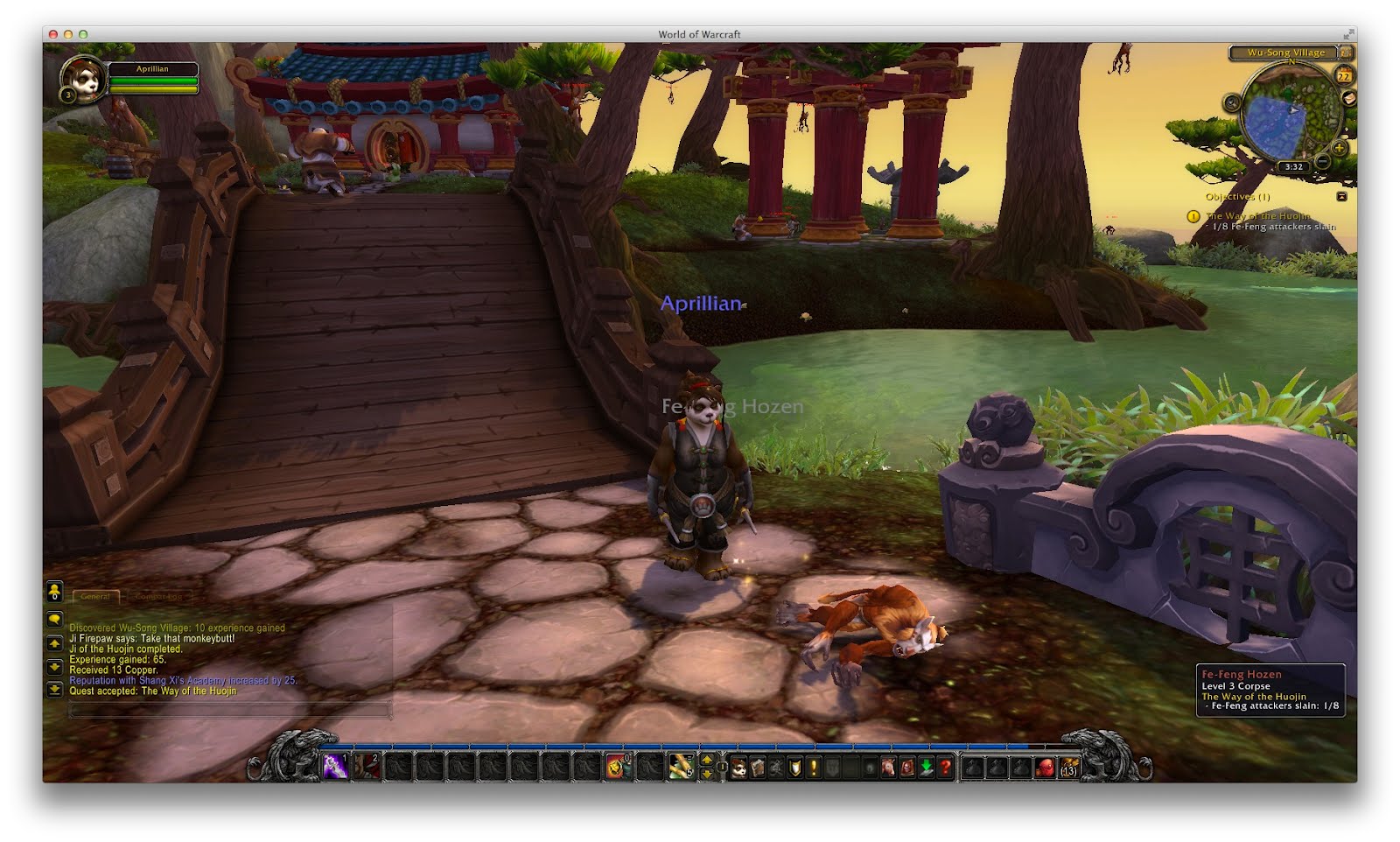 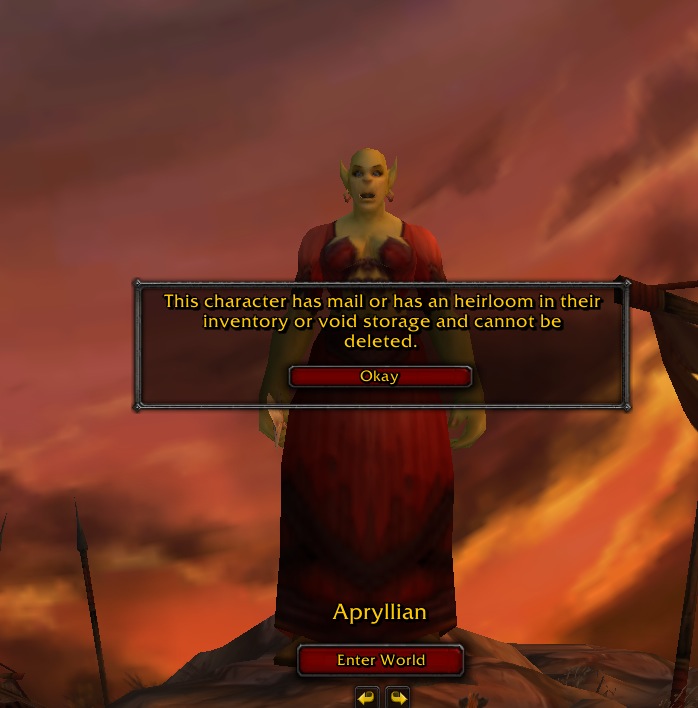 Quiet week, with compliments of my ISP.

Working through Act III of Diablo on my Wizard

Hiide,
- Doing dailies to get guild rep. Only took 83 to max out for the week.
- Doing Therazane so I can get the shoulder enchant
- Doing Tol Barad for the mount
- Doing Ramkahen for head enchant, but only 2 dailies, so will need to swap to tabard once I have finished with guild rep.

Ironman
- There's a quest in The Barrens that gives you the Going Down! achievement - the quest giver teleports you back to another quest hub and you drop exactly the right height!
- Back in ghostlands questing at 22. Quest are green and mobs are much easier. Though there are still areas of high density and patrols that you need to be very careful in. Only problem is that taking longer to level now that the mobs and quests are green.
- Decided I didn't want to venture in Deatholme, given that the main quest is a group quest, and there are lots of patrolling mobs.

The brothers and I haven’t been playing much Warcraft, one of them found a tank game at PAX East. They all jumped on that for awhile but Sparkels and I can’t because there is no Mac version. That story is getting old. So Friday’s family night is a bit fractured right now. Sparkels and I dabbled with the Diablo and Pandaria betas. I received my Pandarian invite back in early March but just too even things out Blizzard made sure I couldn’t actually get into the game. It is now May 22 as I type this line and I still haven’t got my Mist of Pandaria beta to work on my account. When the Diablo beta became available I gave up on the Pandas and jumped into Diablo. Sparkels got her Pandarian beta invite in late April and got right in on the first try. She never got a Diablo invite. So we swap back and forth. I’ll play the Warcraft beta on her computer while she plays the Diablo beta on mine.

I’m not sure Sparkels is really aware of what a beta version is all about. One morning in late April, while I was having breakfast and preparing to leave for work, I hear shrieks coming from the TV / computer room. When I entered the room she turns and rants a series of rapid fire questions without stopping for an answer.
“What did you do to the computer?”
“Where’s all my gold?”
“Where are all my girls?”

I was late for work that morning. However, I think I finally convinced her that during beta there are such things as server wipes and I have no control over it. I didn’t have the heart or stamina left to tell her that on May 1st the beta stops completely. I did eventually tell her when she was in a better mood.

On April 30th Sparkels had yet to kill the Skeleton King. She cajoled me into an attempt at killing him but I couldn’t do it either, especially with her standing over my shoulder yelling.

Yea, she gets intense. I think she is going to enjoy Diablo. I better stock up on the arthritis pain relievers.

Upon hearing about the scroll of resurrection I started thinking about Gulta (his Warcraft name), our grandson. His account has been halted the past few months because he, his sister, and some school or neighborhood playmates have been playing something called Club Penguin. I was hoping I could steal his attention back to Warcraft, so I called. His mother told me he hadn’t been playing Club Penguin since the incident.

“Ah yes the incident,” I reply. “What incident?”

You see the women of this family leave Papa, that’s me, out of the loop. Typically, I find out I’m suppose to pickup the kids or go to a daughters house for a birthday party or some family gathering, five minutes before the planned event. Sorry that’s a whole other tangent, back to “the incident.”

She explains that one day Jolia, his sister, brought over a girlfriend. They both showed off the penguin game to the guest and all their in-game belongings and rewards which includes an igloo or their very own house. After about 20 minutes of this excited demonstration to the young guest, the girlfriend turns to Gulta and tells him his igloo is “lame”.

“This just crushed him.” says his mother.

Then she follows up with “He’s only ten and Jo is only nine, I’m not sure I want them to play online games.”

“Are you not being slightly overdramatic?”

“How do you know this still bothers him?” I ask.

“He hasn’t used his hair gel all week for school.”


Now to move onto another subject, Durdles has been concerned that Jeppy’s absence has affected the Ctrl Alt Wow podcast. Durdles biggest concern was that a number of past episodes have been under two hours. At no time during this conversation did he express any empathy for Jelly’s health. Yes that is not a typo he actually refers to Jeppy as Jelly. When questioned, Durdles explained that he remembers names by associating each name with an easy to remember item. A common practice I said, but his name is Jeppy not Jelly. Durdles then reiterates his name associations and explains how he often gets lazy and doesn’t finish the naming relationship and just ends the exercise with the item name.

I’m sorry folks, you can pick your friends but you can’t pick your relatives. He isn’t intentionally mean; let’s just say he slides outside social norms.

Durdles was distraught by the shorter podcasts and mentioned that he had a plan to help make the podcast last longer. I mentally refused to ask for more details. The next time I logged on I found my mail box stuffed with a gazillion, gray items. When I asked him why he did this he said he wanted me to compile a list of all the strange and interesting junk items one could find in the World of Warcraft. So that I would write in a long list and this would help the podcast get back to its long podcast time. Then he added that he also wanted to see if there was a limit to the mailbox and just stuff my mailbox with junk so I would have to spend lots of time emptying it.

So, not wishing to bore the listeners with Durdles complete list, I condensed the list to some of the more interesting and less common gray items.

Hoping Jeppy is getting better and everyone is doing well! Just emailing early my update this week as I'm out of town.


Welcome back Jeppy and throw another CAW on the Barbie


This week has been full of Diablo 3 it was awesome today I even got a Oh my goodness not another podcast and I must say Dreams did a really lite edit.


Hey Caw crew, BIG welcome back to Jeppy, Yay!!!!!  Quick update, All is well with the Nekrobobs. Lastkiss the Rogue level 80 and working through Hyjal and Skylla the Loremaster toon had a terrible time completing Nagrand because she didn't do that silly "follow the big blue guy" quest in Shattrath city. (she hates that quest) She went back to Shattrath and did the blue guy quest then she had to go to Shadow Moon Vally to do half a dozen Skryer quests. Then the Skryers sent her back to talk  to Altirus the sufferer who finally gave her the last few quests she needed to complete the silly Zone. Was it that crazy when you guys did the zone ? 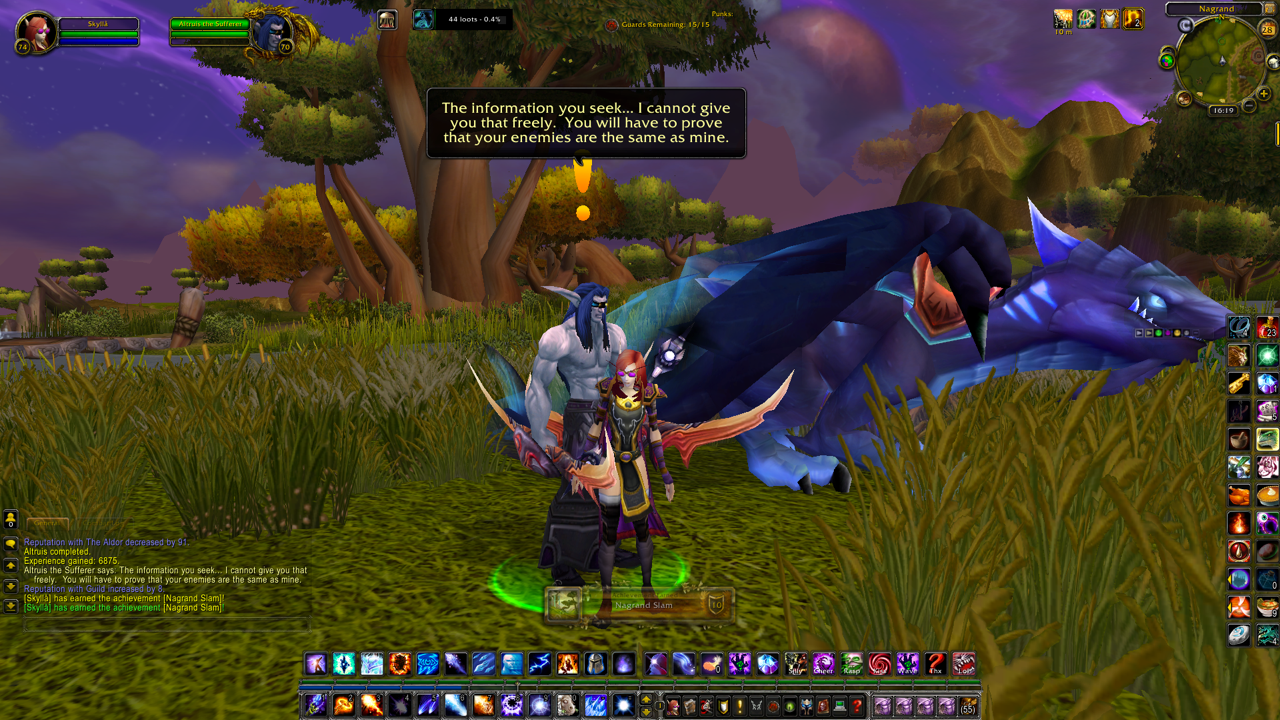 Just a quikc check in e-mail, as me and morgaine both had little time to play WoW this week.

She got her druid up to level 12, and she was having a blast, shes planning on being a boomkin, and enjoying the heck out of it

I tried to get my rogue to 20 but got stuck on a quest in the northern barrens, where your suppposed to kill a bunch of centaurs till the boss spawns, well the boss appeared then preceded to 2-3 hit me. I must have gotten killed by it 7 times before I just gave up and logged out.

I managed to convince a friend of mine to come back into the game, and he rolled some toones horde side on earthen ring to team with me there, so that is fun.

Other then that though, that was our week in WoW.

For the alliance, for the horde, for the oh lord where is all my free time!

PS: Thank you Peterrabbit for helping me craft stuff for my friends new toon, you rock!