Aprillian, Ashayo, Tedrah and Kimmi from http://ladiesofleet.com discuss another week of playing World of Warcraft, Blizzard's great MMORPG. Contest Ongoing send an email to ctrlaltwow@gmail.com telling us how you play WoW, either as an altaholic or dealing with it in your family life to being placed in a drawing for a WoW Pet or an Authenticator.

Pixie and I recorded and this time it ended up being almost FOUR HOURS worth...

so we decided to go ahead and put our "little" play sessions out as their own little podcasts..hehe.  I should have the first one up next week and I think we'll call it "Juuno & Pixie Play WoW"...whatcha think??  Anywho, somehow I managed to edit it all down for our CAW, though I must admit it took me quite a while...LOL!!  I hope you like it and there may be a surprise or two in there...I just hope everyone forgives me for my noobness...teehee...

Also, Pixiegirl wants you to know that she feels very honored to be an officer in CoD...

p.s. by the way, we are playing over on Korialstrasz in this recording (so yeah...we're Alliance this time around... <=D 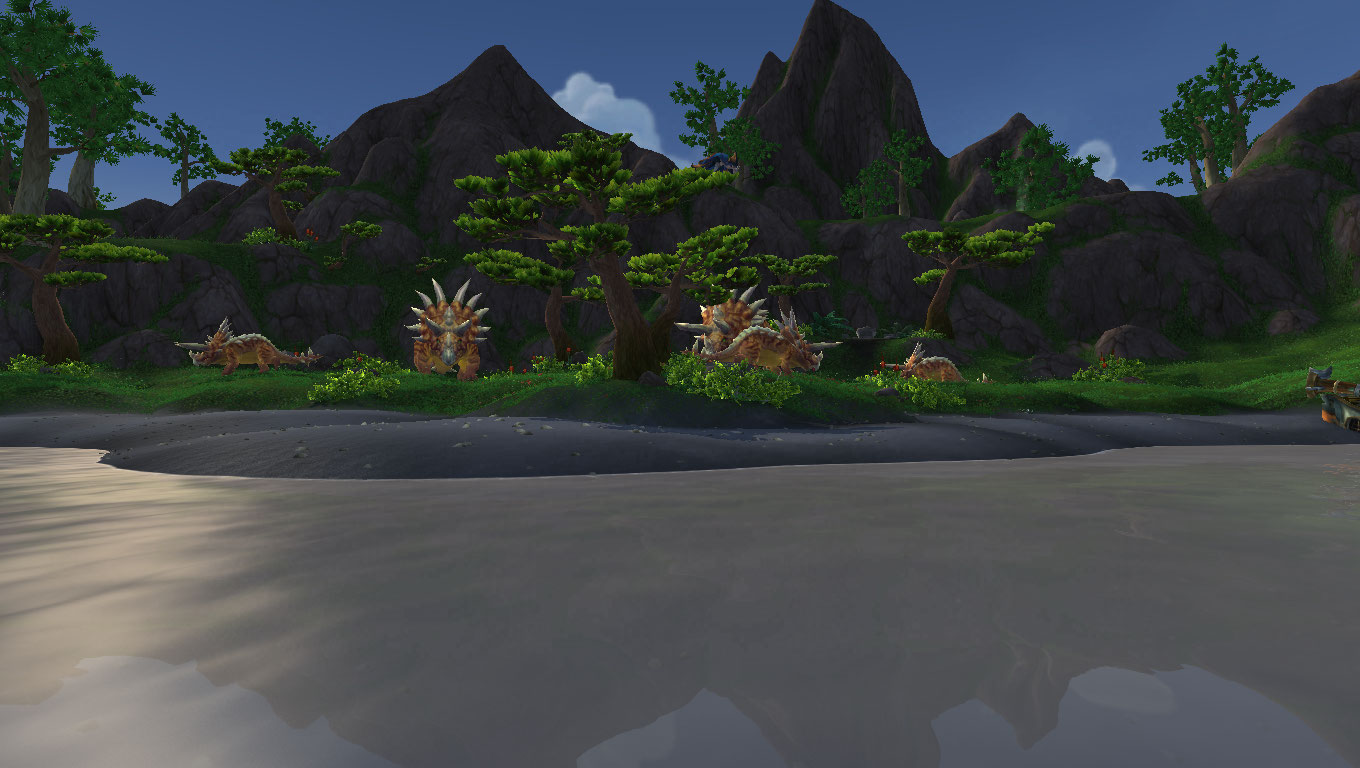 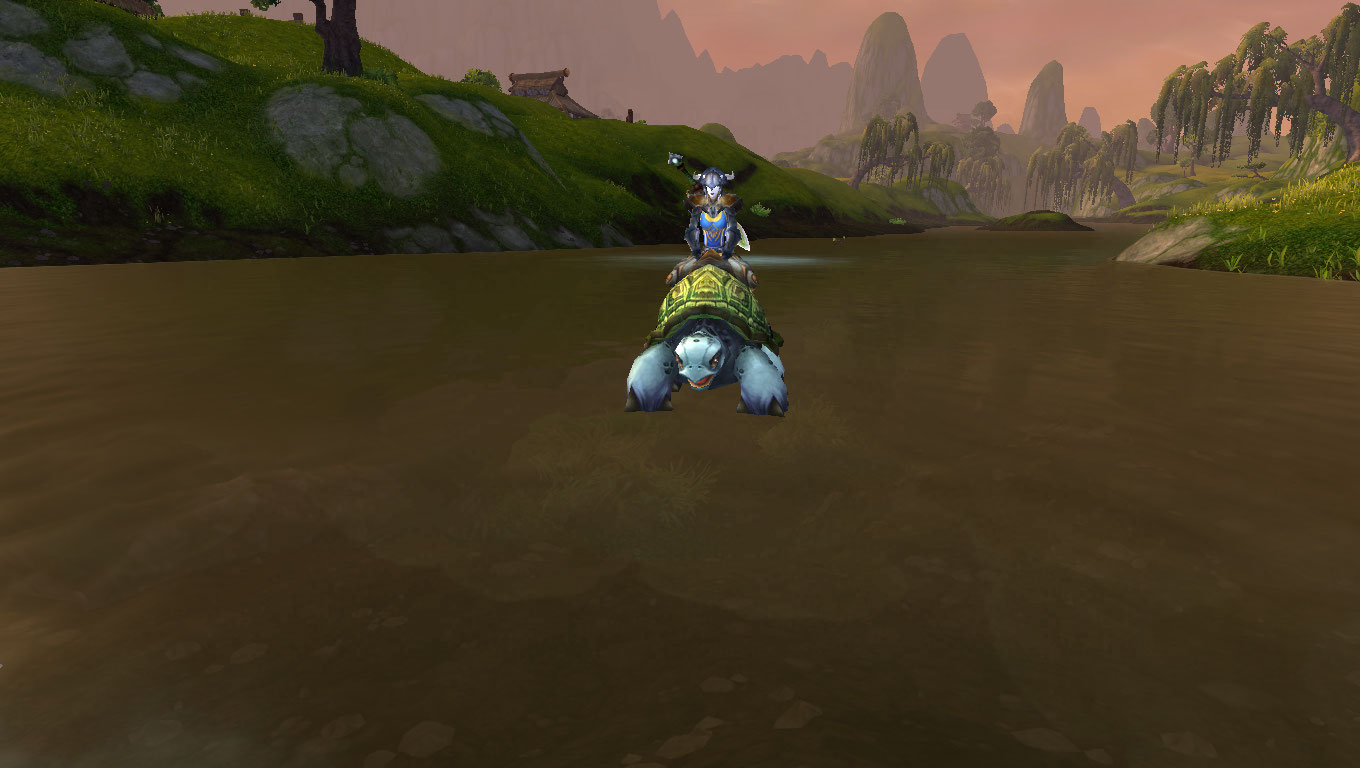 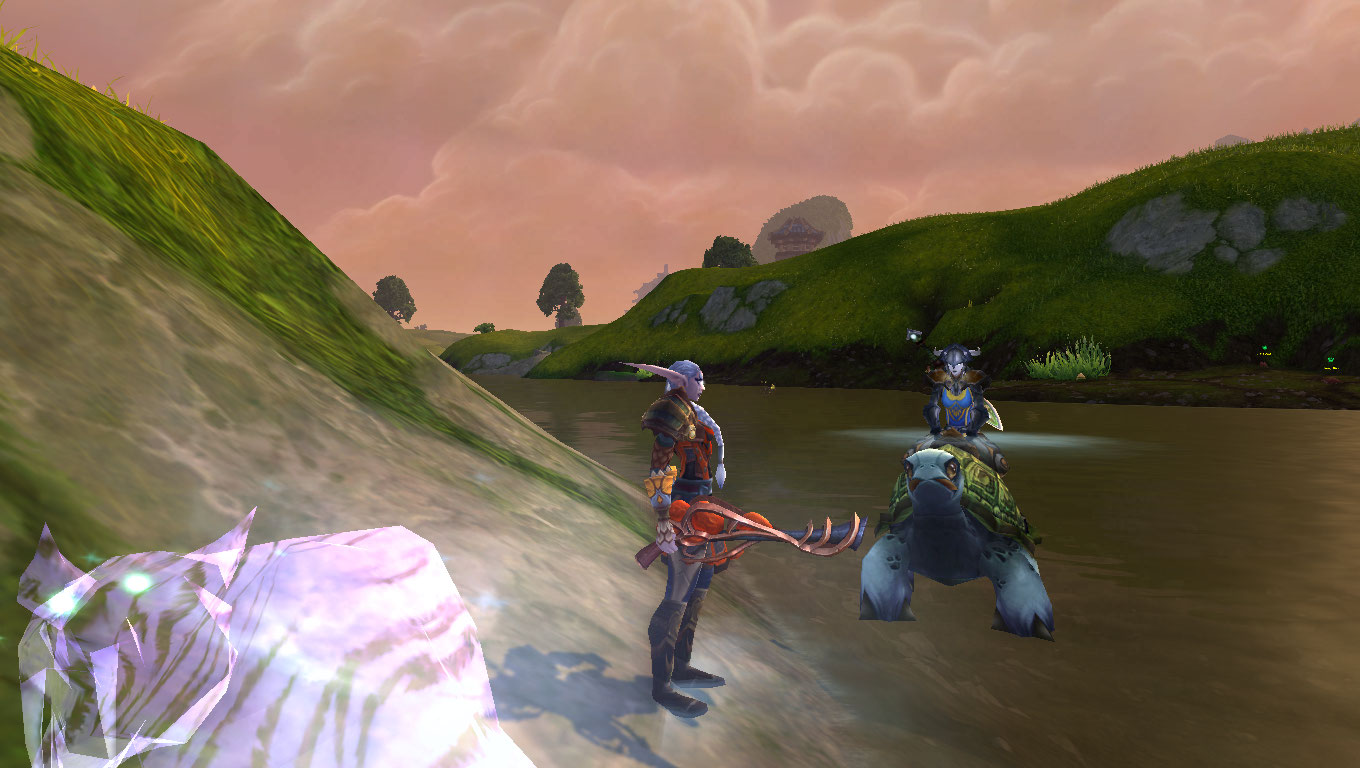 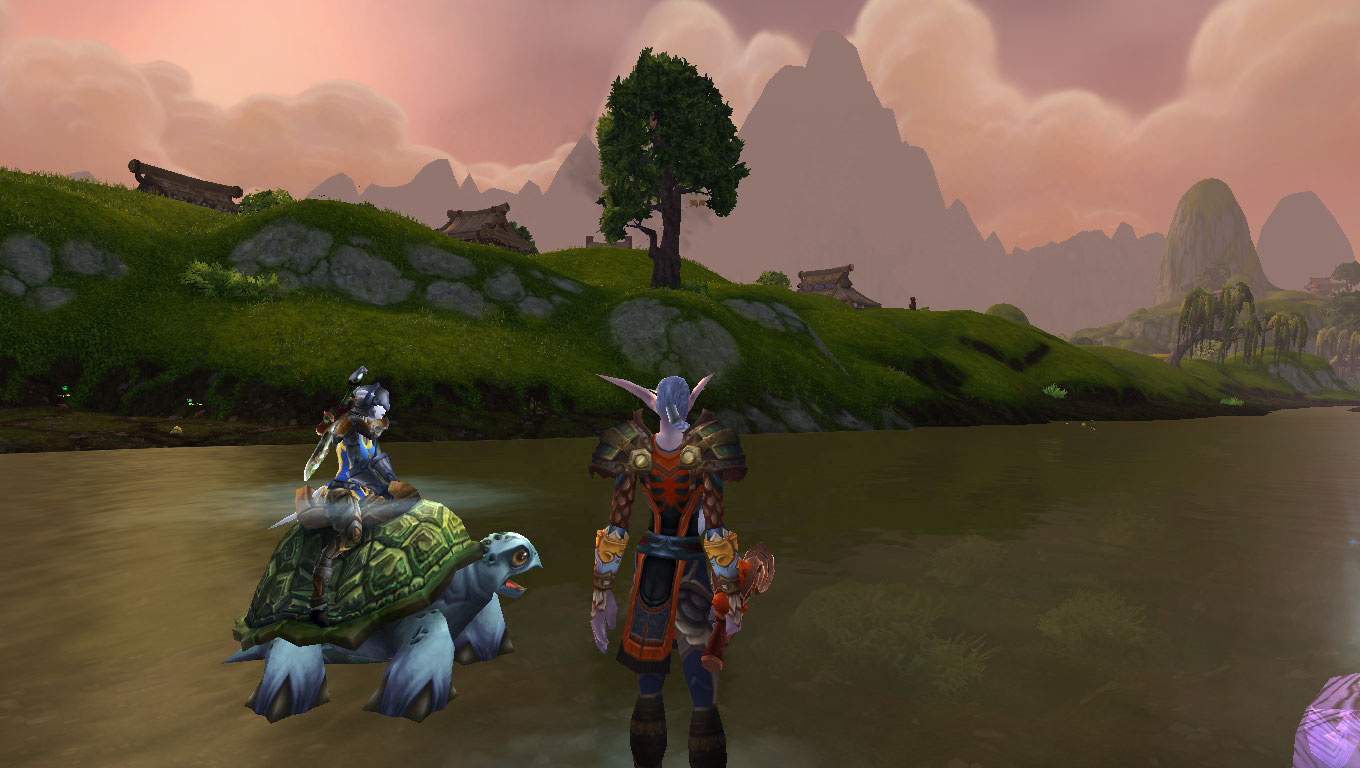 Could not figure out how to open up the Golden Lotus quest. Went to the Golden Pagoda like Ashayo said and no one would talk to Epril or Aprillian. Found this comment on wowhead.com:

http://www.wowhead.com/faction=1269#comments
So I went to Temple of White Tiger and talked to my main man Dezco, we bonded back when I helped him when his wife was in labor, and I got the quest  [A Celestial Experience] 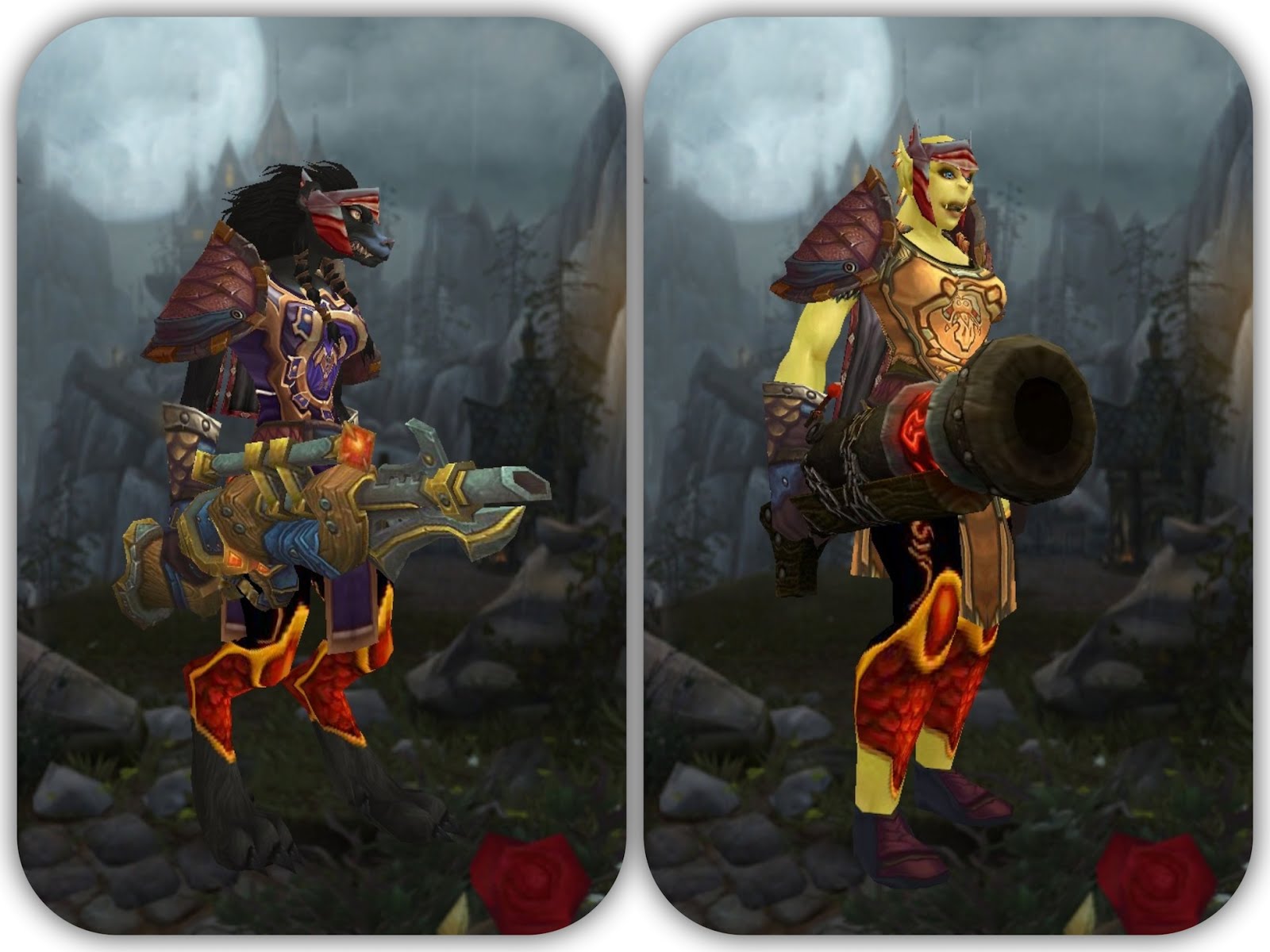 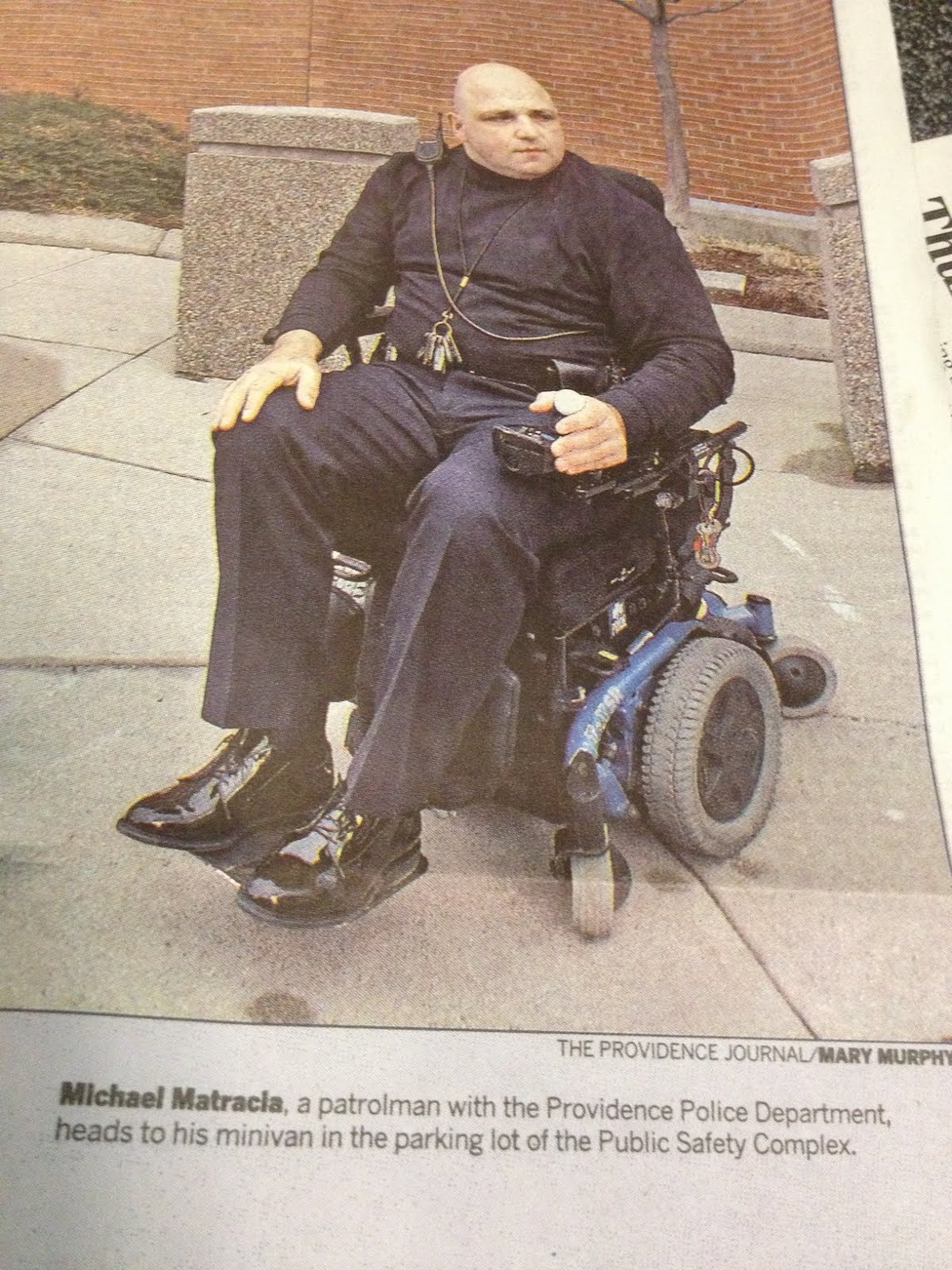 Ashayo - 5000 Daily Quests
Exalted with Tillers after about a week
Alliance scenarios!

Finally got Exalted with Lorewalkers to get my flying disk. Came across ALOT of rares on the trip!

First boss of Last Stand of the Zandalari - dps race before floor is covered.

Finally got Exalted with Lorewalkers to get my flying disk.  Came across ALOT of rares on the trip!
Sunreaver Onslaught - Phase 3 solo scenario
Mollyshot is doing dailies and kicking butt with DPS in LFR.  Its amazing.

So I’ve been using Mr. Robot for my gear.  I don’t know how people would know how to balance their gear without this site.

Hail and well met, fellow guildmates!
I’m not one given to overly indulging in fits of cuteness, but I occasionally have my moments, if you’ll pause for a moment and enjoy the attached screenshot.
Not a great deal to report here, grinding in LFR, dailies, slowly gaining rep here and there…there and here.  Shipping cloth and pets to folks who can make better use of them than I right now.  Remember, if you don’t need the gold (that means if you’ve capped your Gold in your case, Jeppy), then pay it forward, someone else can use the stuff!
“Be well…”
Eranth / Wolfbrother / Lionchild 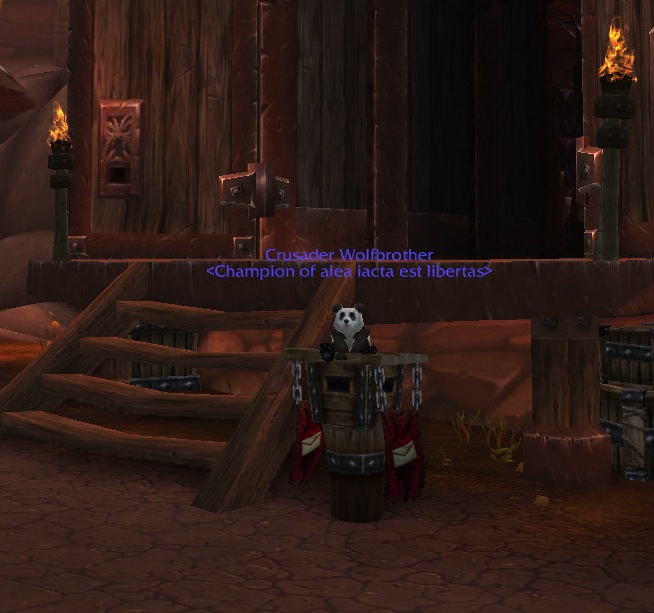 PS – Yes, yes…I know you recorded a show already just 12 hours ago or so, but I thought I’d give you a head start on next week’s show. ;-)

I've been enjoying the Thunder King's Island, doing the solo instances, the daily quests and hunting silver elites hoping my green fire book will drop (it hasn't yet)
I also found the incredibly annoying (but fun) "Crumbled Chamberlain" quest. The gist of the quest is that you find the head of a statue who asks you to find all his missing parts and reassemble them.
The parts will show up on your mini map as little cog wheels. The trouble of course is that the parts are hidden on rooftops, cliff sides and tree tops. You will need to first locate the statue part then discover how to climb up to, or jump off off and onto where ever the damn thing might show up.
All the while there are several other people looking for the same bits you are. If someone gets the object before you do it disappears and then re-spawns a few minutes later in a different and equally hard to reach place.
It took me quite some time to collect all the pieces which were scattered all across the island. The statue promises you a great gift from the kings treasure trove. I was hoping the gift was a sweet piece of armor or a nice trinket… it turned out to be a few gold coins and a Shan'ze Ritual Stone (of which I already had 5)

In other news, thanks to the sound advice of my favorite podcasters I was able to buy my farm. Woooot, look ma I'm a homeowner !!!! Thanks CaW crew, you crazy kids rock.
Once you own your farm a series of daily "rep" quests show up that require you to plant various things and then harvest them the next day. Once harvested a member of the faction indicated in the quest will come to your farm to collect the produce.

I'd also like to give a special shout out to an undead priest named "Poetry" of the Covenant of Darkness guild. She (just out of the blue) asked me to team up with her and run the daily quests.
We got them done in record time, mostly because she had a 492 gear score and was able to easily melt the faces off of anyone and everyone that stood in her way.
Well done Poetry, you kick wow butt big time :)

Thats all the news for now my dear CoD pals. Many thanks for your lovely podcast...


Look Ma I bought the farm 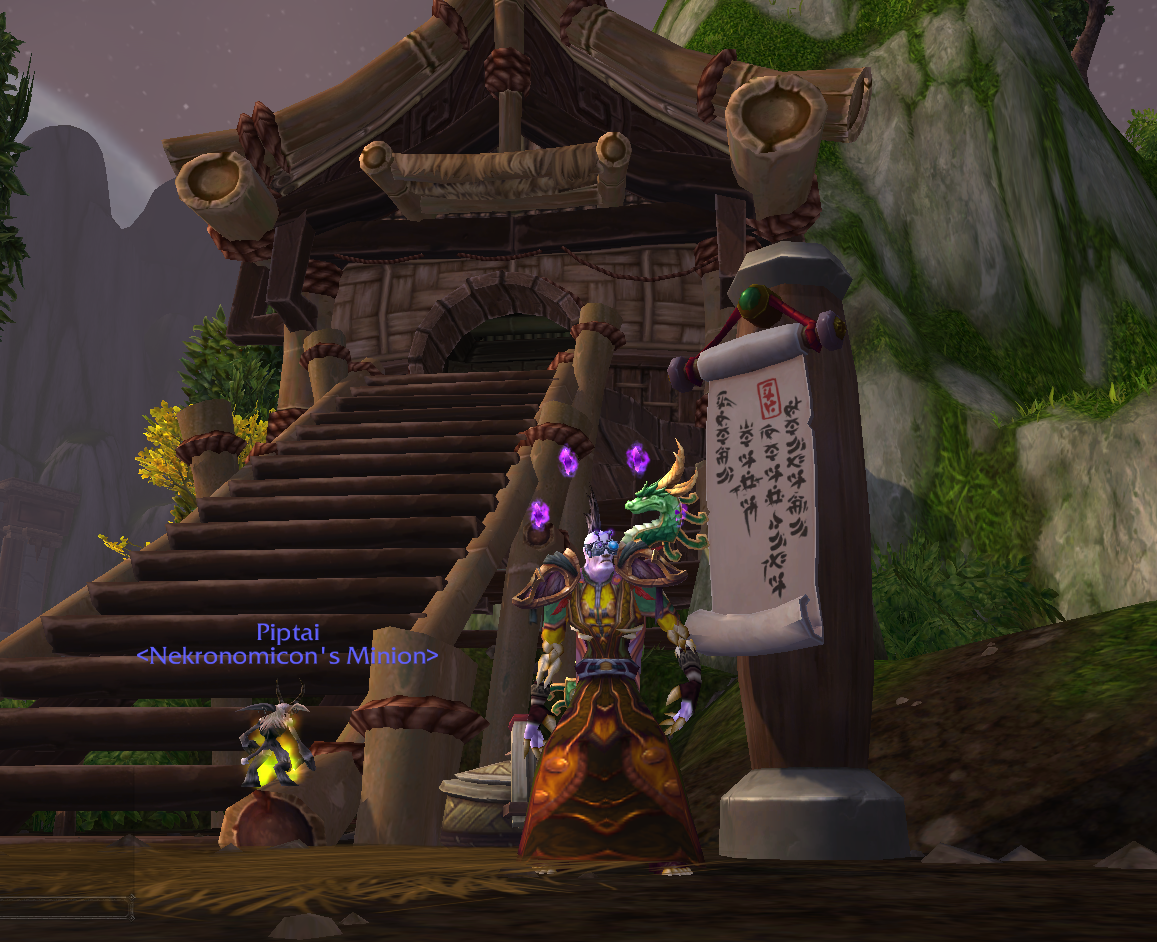 Work order quests. Plant some stuff, get some rep... how nice


A sad tale from the field

Hello to everyone at my favorite podcast, Ctrl-Alt-WoW!

I don't know about where everyone else lives, but here in Massachusetts we're wringing every last snowflake out of winter before we say hello to spring tomorrow. This storm started last night and ran all day today, dropping perhaps another eight inches of snow, topped off with freezing rain to give it all a nice protective ice coating. Tulips, anyone? Crocuses? Ah well, we're less than two weeks away from the Feast of Noblegarden. Bunnies, bunnies it must be bunnies!

In other news, Voltandra has a grim message to deliver in the attached audio.

That's it for now - see you all in the game!

Hey Gang! I failed to mention in this weeks audio that Kara wanted to let everyone know she crafted some cool stuff and put it in the guild bank! So head on in there and make her happy by taking some STUFF!
You all are AWESOME!!!

Closing song, Don't Stop Raidiing by Wren and Morgaine! You can find more of their parodies here:

Morgaina singing Wren's Parodies!
Posted by Aprillian at 6:27 AM