Hello ladies of CAW!  Please disregard my earlier email as I was able to convert it to audio!  I hope you're all doing great!!!

Good afternoon Aprillian, Rogueslayer, Tedra and the other awesome co-host you have this week :)
Hope everyone is doing great in and out of the game!
Aprillian thank you for asking me too join you on the show, would have loved to but as you know came down with some cold thingy. Which is trying to kick my butt really I sound like a murlock!
But do feel a little better today except the coughing O' well what ya goin do right, it is that time of year.

Any how this week on the game my mage (Kiche) got a hardened shell, which I had no idea what to do with since it just says Throw to dismount the target. So I tried throwing it several other players, nope didn't do anything. Tried throwing it at critter's still nothing, Then this flagged Ally came along, and O' yeah it worked!! He had his back to me so guessing he didn't see who or what hit him, and me I ran for the flight guy!! I laughed so hard I cried, and him he was not happy but I safely got away lol

Well hope our sweet Leeta is having a great time, the pictures she posted are beautiful! Thanks Leeta for sharing your wonderful country with us :)
That's it for me I'm off for a nap, not sure I'll make the raid tonight but may check in on all of you so have fun.

Love Pixie & Juuno
For the horde & Clan of Darkness

So sick of my bags being full. I put a bunch of Epril’s gems on ah and sold a bunch to the vendor. Ended up making a ton on the AH.

Cho sent me a red cricket pet, how nice and it was rare!

Farming with the pally, facepalm 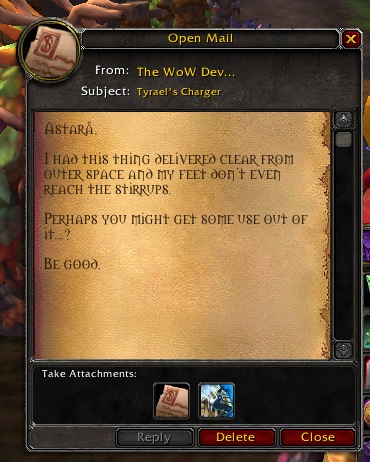 Going for the world event achievement of „Love is in the Air“
Hartnell helped me out on „Lonley“, meeting up with me in Dalaran.

Chocolate disapears after loggout?
TRELANE:
Reins of the Thundering Onyx Cloud Serpent Trelane and Ràvn on TI Ràvn
Going all out on The Tillers, next goal ist he School Bell for 50 Ironpaw tokens got 26 now,
cooking daylies and fishing to get fish to turn in for tokens,
trying to get Ancient pandaren fishing charm.
Got Death Adder Hatchling
2 more Secrets of the Empire then solo scenario with Wrathion

WANRONG:
Reached Level 87 yesterday and is at 585 Jewelcrafting now.
Wanrong to be the next 90 for me
Remember everyone to check for the fish of the day, if you need any specific fish  before flying around the world

What’s up with the no warning Wednesday realm maintenance?
Voltandra
Rogueslayer

This week I encountered a terrible beast, huge as a mountain, strong as an army of orcs.
Never before has I been so afraid of my life.
This monster chased me through the woods, and I was screaming, looking for an escape.
I saw a river an plunged into it, but the beast followed.
Then when I had lost all hope, I heared this mighty roar, like thunder.
A waterfall! I said to myself, this is my last chance, and I let the water take me.
Falling, I cought a glimpse of the beast staring down at me.
I bruised my back, but I was alive. And the beast did not follow.

I hope my letter find you all in good health and spirit,
and remember,
to take a fall, can save your life. 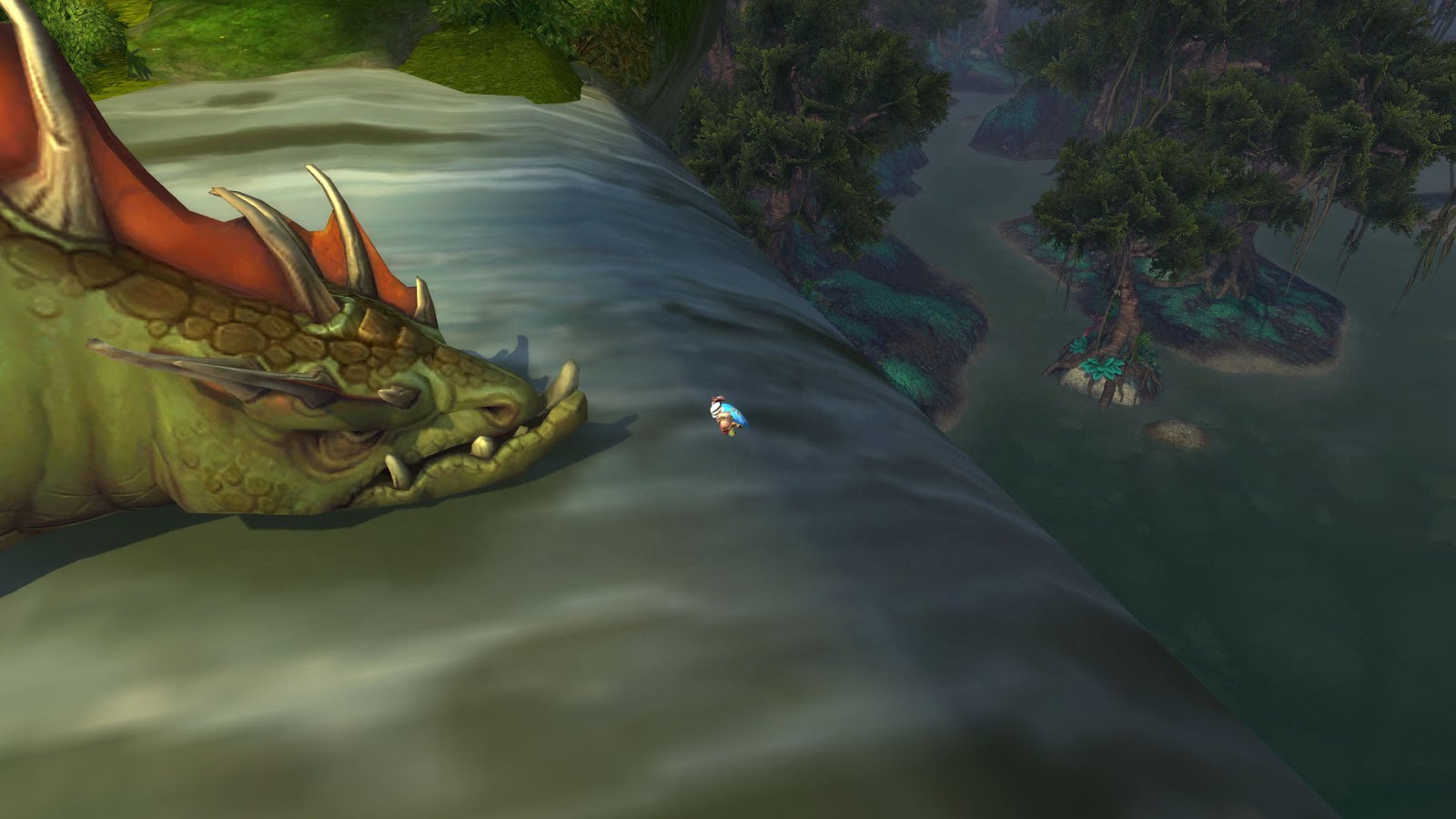 
Hello from Hartnell
Hello CAW Ladies!
Well, I've been spoiled for choice after having five characters restored, so I did the natural thing and rolled a new monk. Haha.
I have actually been pretty focused though, mostly playing Hartnell. It's 2012 over here basically as I am doing a lot of initial end game stuff for the first time. On top of that I'm listening to CAW episodes I missed from early MoP days so... Grata Ashayo on your Giant Sewer Rat!
Speaking of pets, I was overcome with gambling fever and blew all my coins on Timeless Chests. Fortunately, I got Bonkers in the process. Ook!
I did LFR for the first time, clearing Mogu'shan and Terrace of Endless Springs. I suspect these were tougher when people were less geared but I was pleased that I was never last on the healing meter. Got a couple upgrades and some sigils for the first part of the legendary cloak quest. Hartnell doesn't look quite as tough holding a fan instead of a shield but, hey, it's all about the iLevel I guess.
Other than that, I got exalted with the Tillers and there's currently a mushan bashing his head against a boulder in my farm. Don't trample the crops!!! And I leveled my Draenei DK from 80 to 84 and did some pet battles on my priest. Got my first level 10 pet. Seems to be a bit of a grind, yeah? Unless I'm doing something wrong.
Anyway, loving be a part of CoD and loving the podcast.
For the Horde, for the red blossom leeks (they make the Halfhill world go 'round) and for the TARDIS,
Hartnell


ok I finally sent a audio in. I was nervious as you can here it in my voice so be nice. 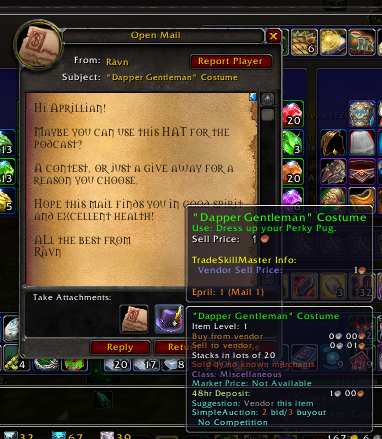 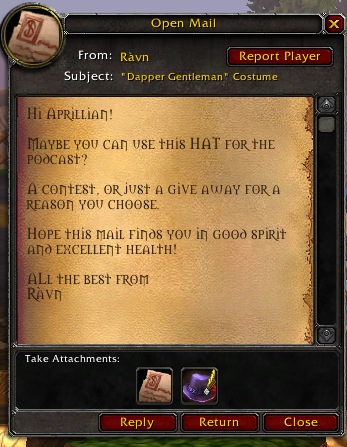 Posted by Aprillian at 6:00 PM