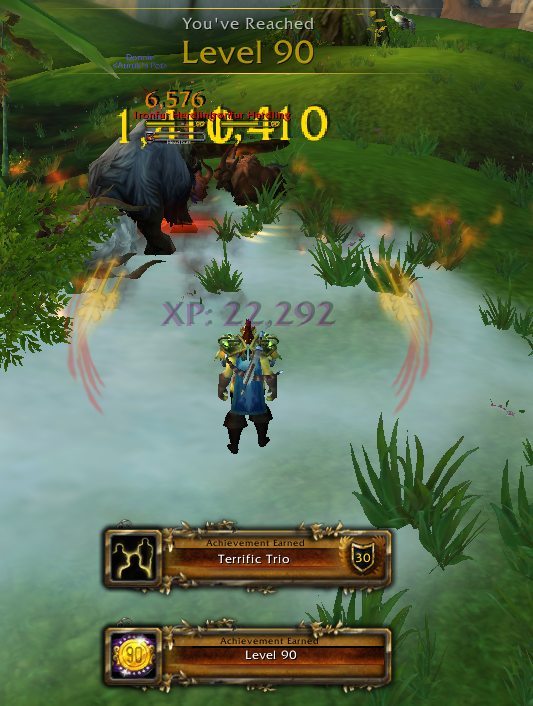 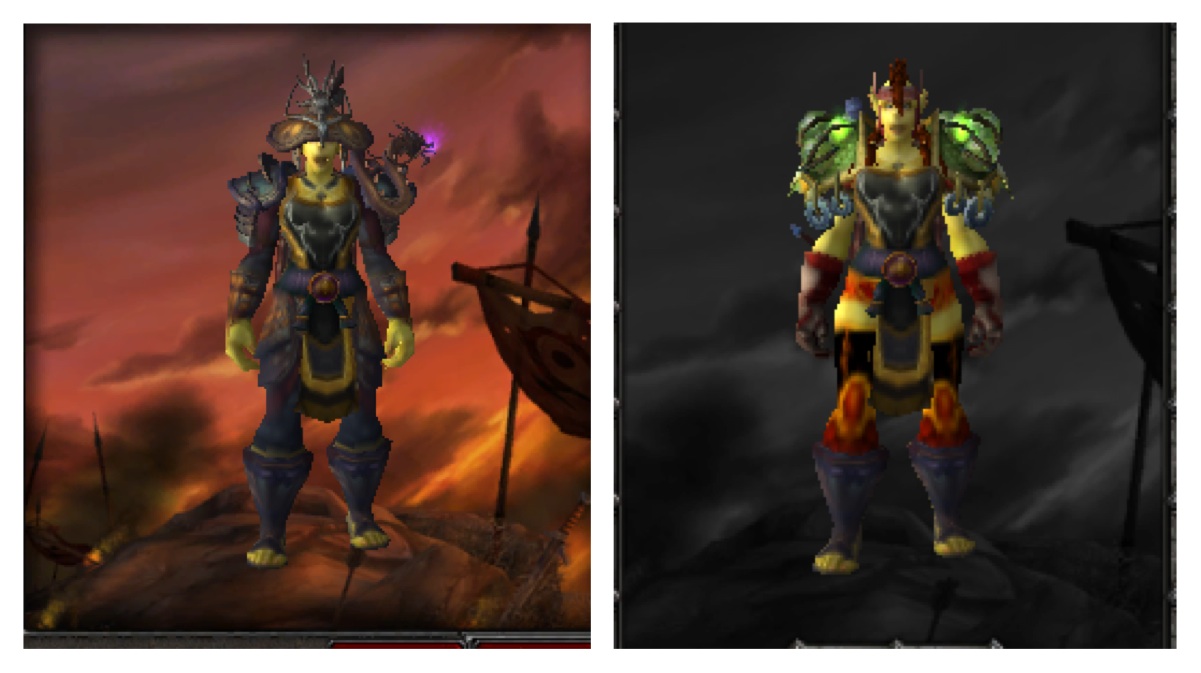 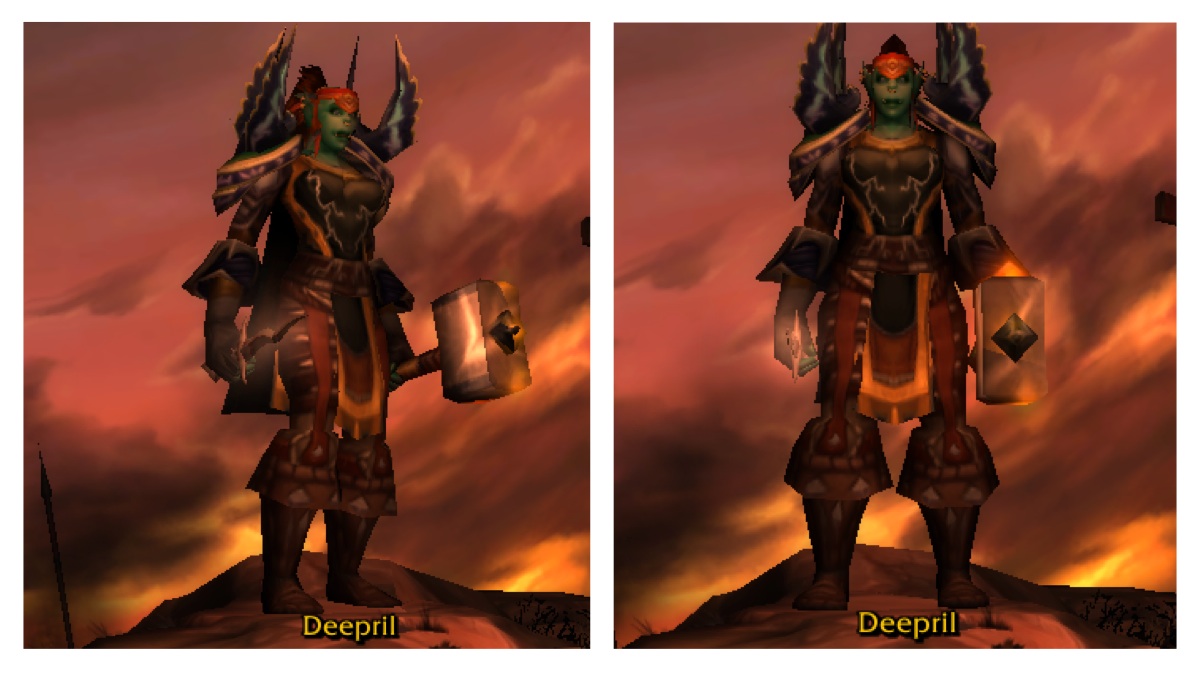 Leeta
1/ Achievements
Been working on the Glory of the Cataclysm Hero Dungeon Achievement
http://www.wowhead.com/achievement=4845

So finished up in Shadowfang Keep, The Deadmines, Blackrock Caverns, Grim Batol and Throne of the Tides. 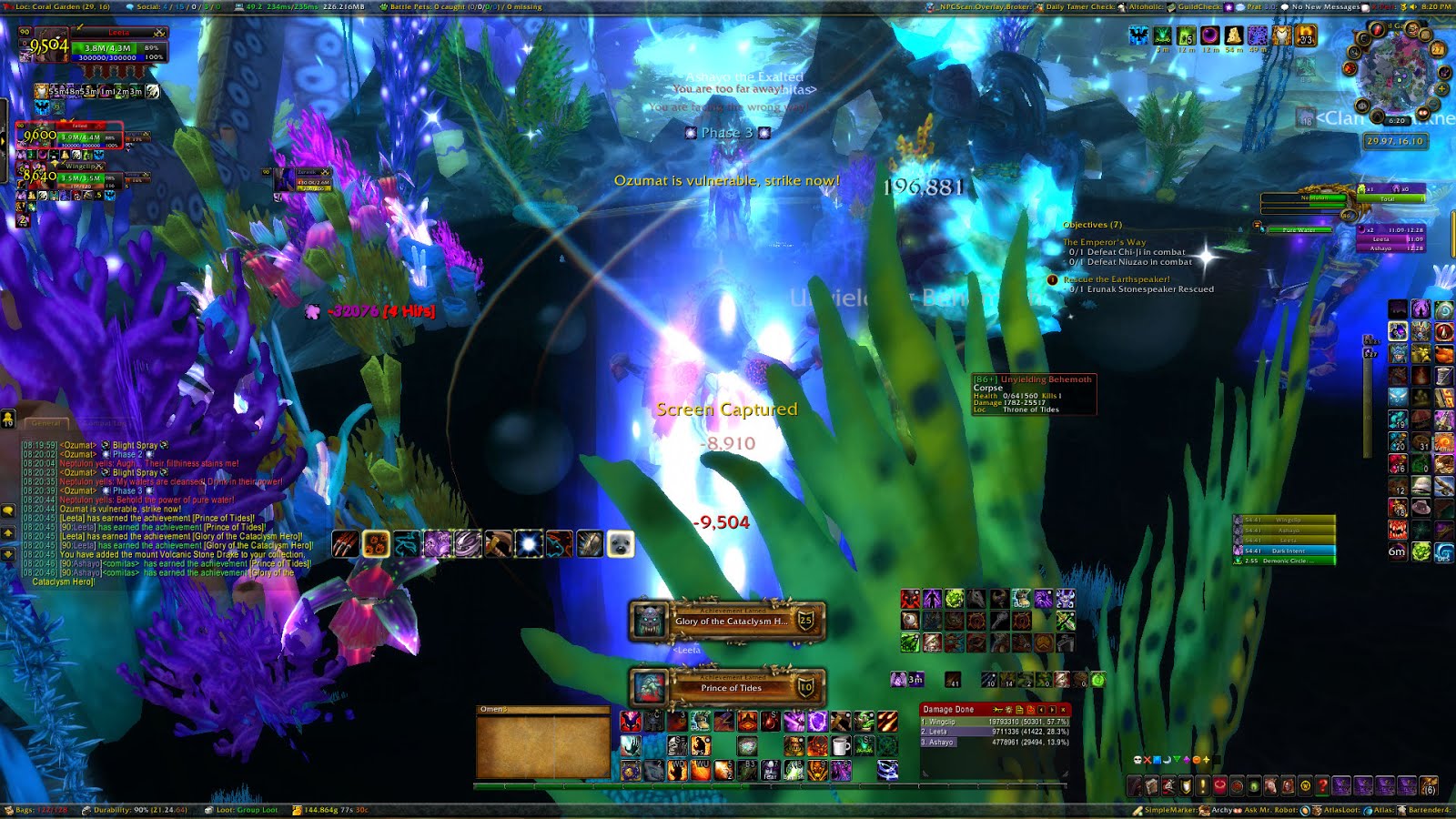 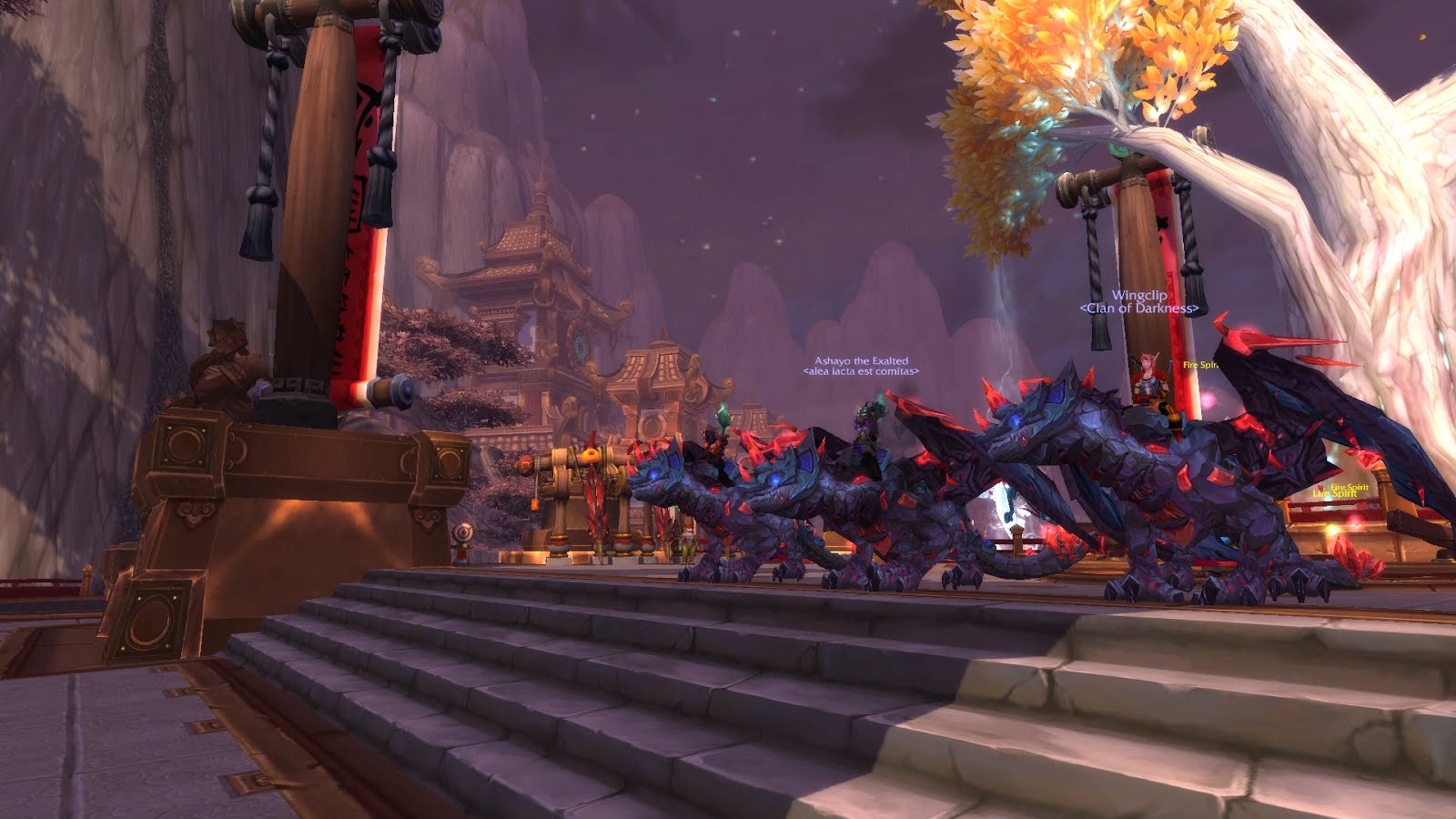 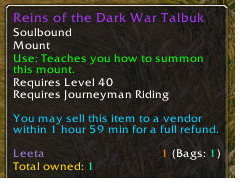 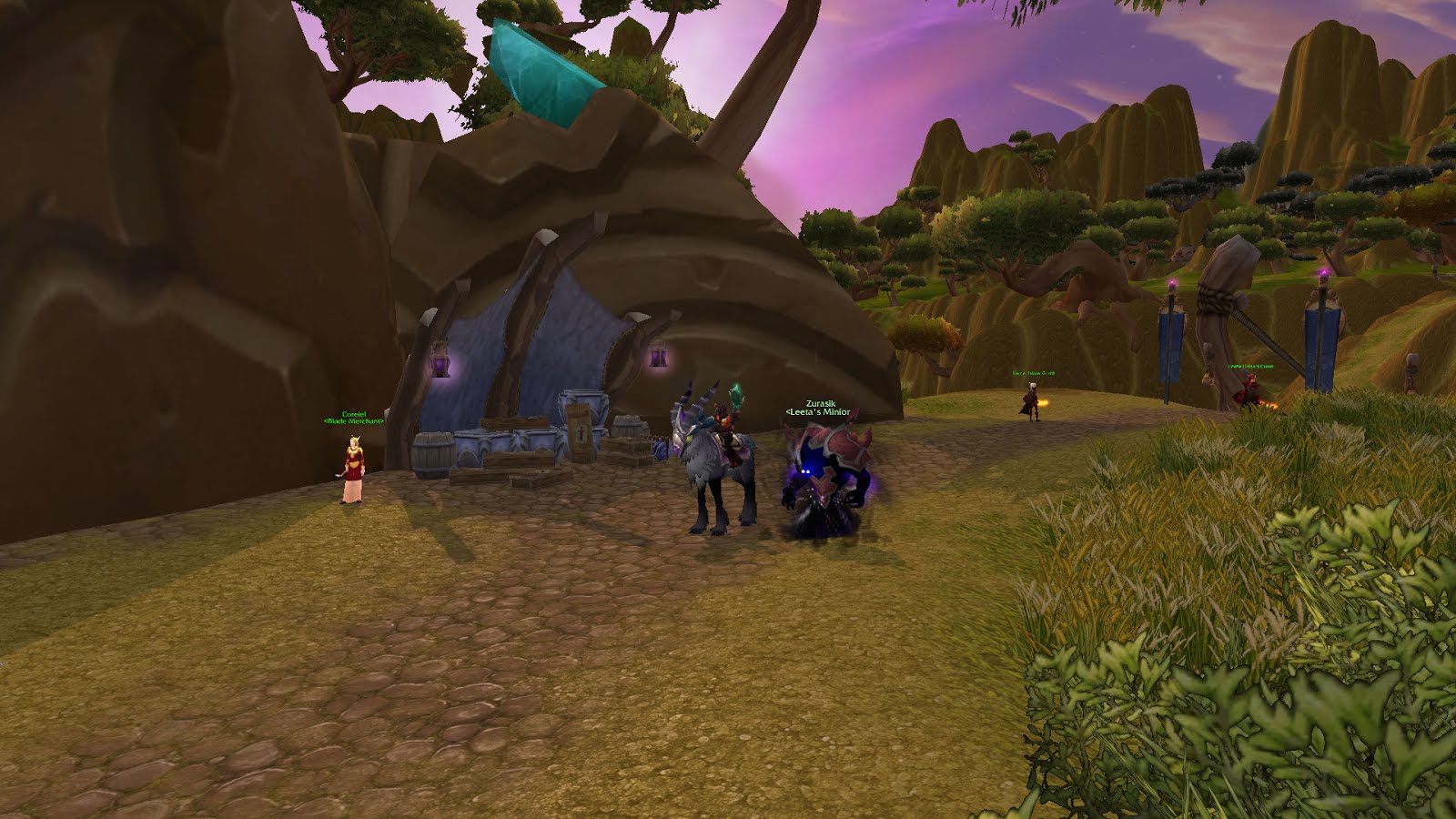 Managed to get 2 items knocked off my Going To Need a Bigger Bag Achievement this week! 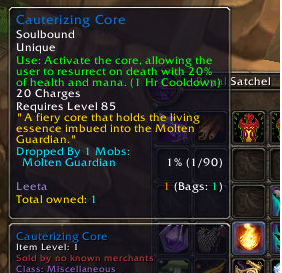 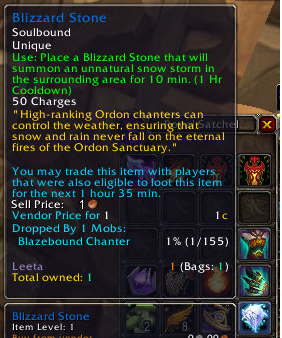 Only need another 11 items! :D

Wingy, Ashayo, Mata and I had some fun! :)
Drain Life Screenshots 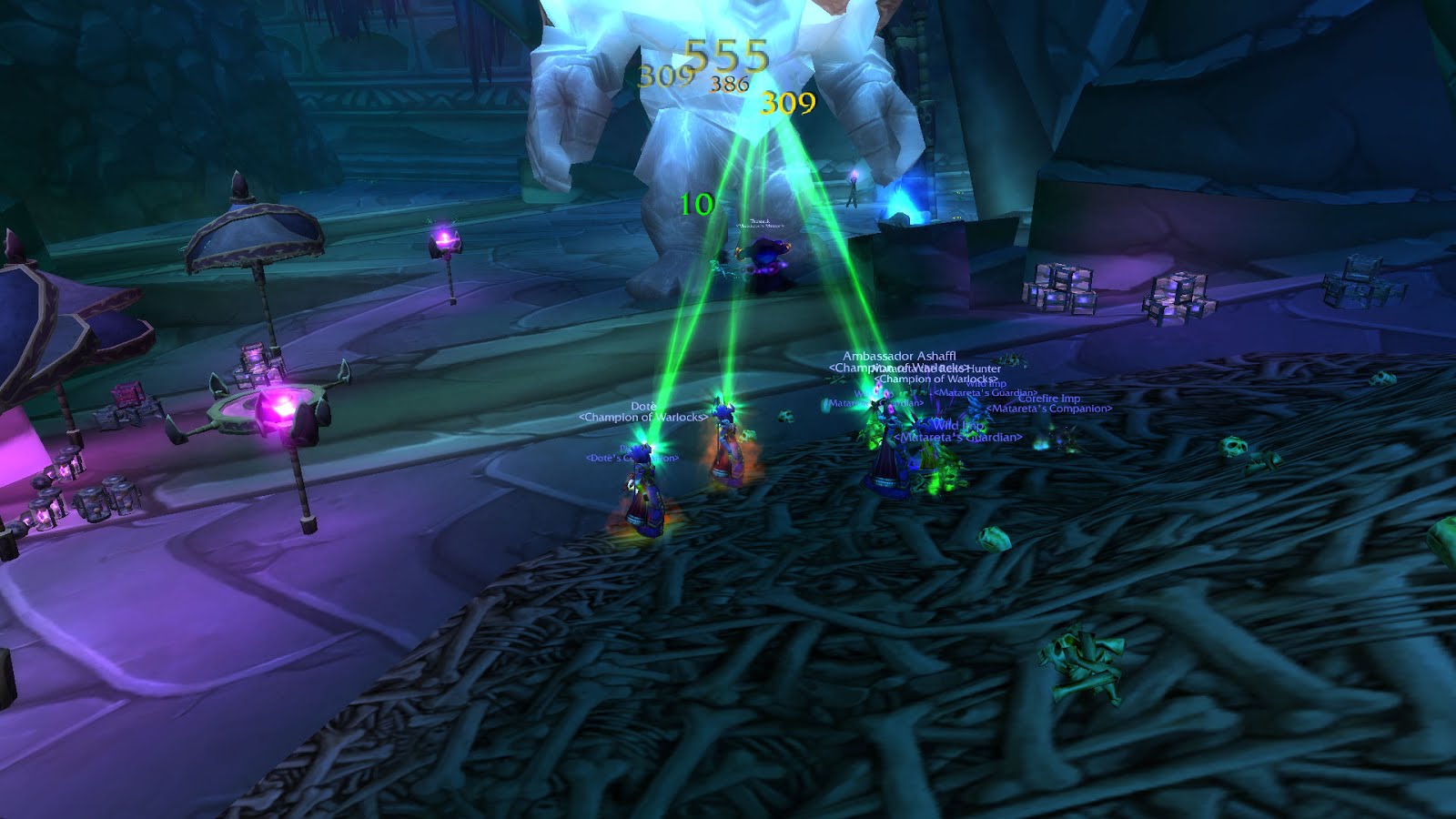 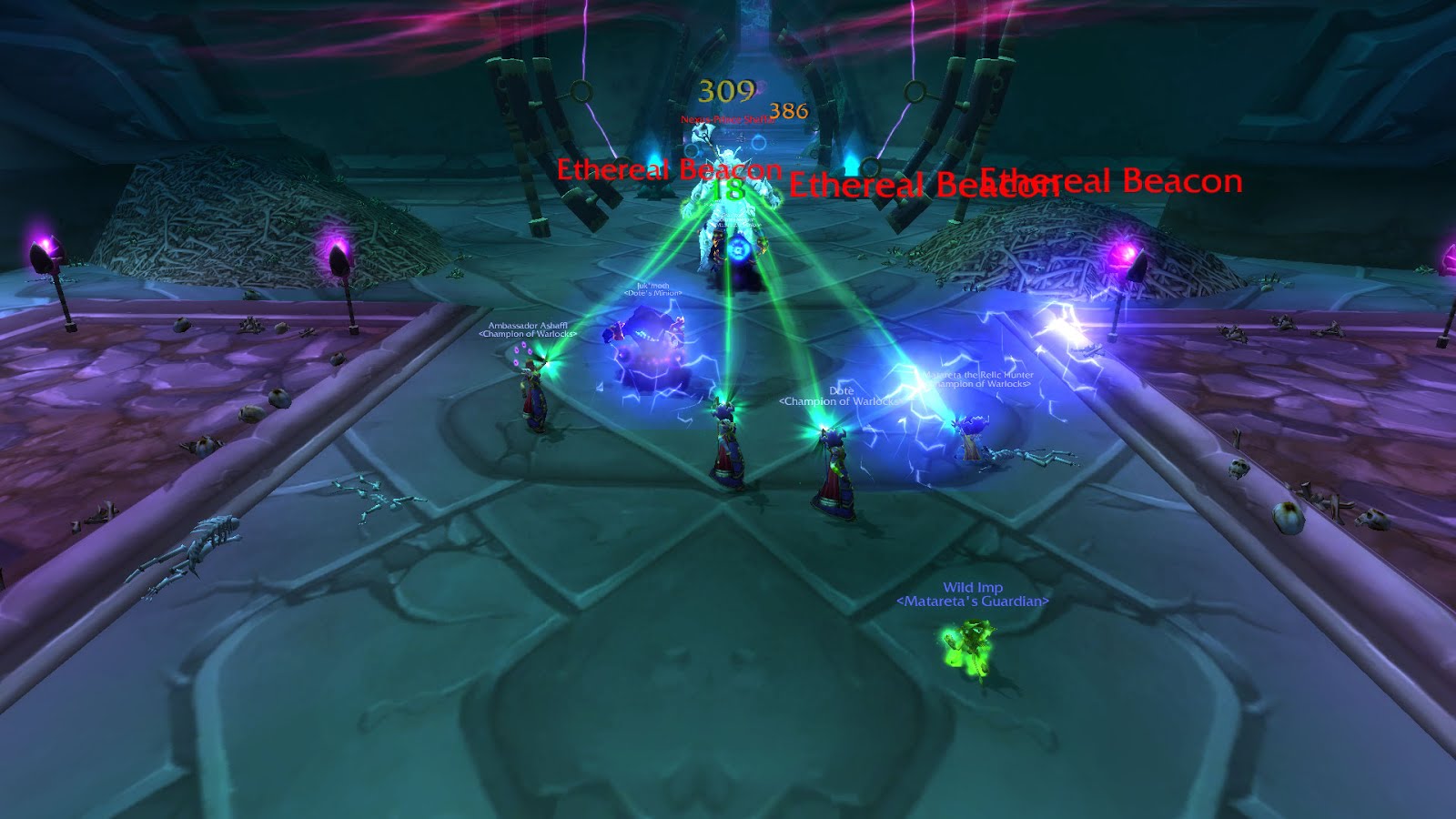 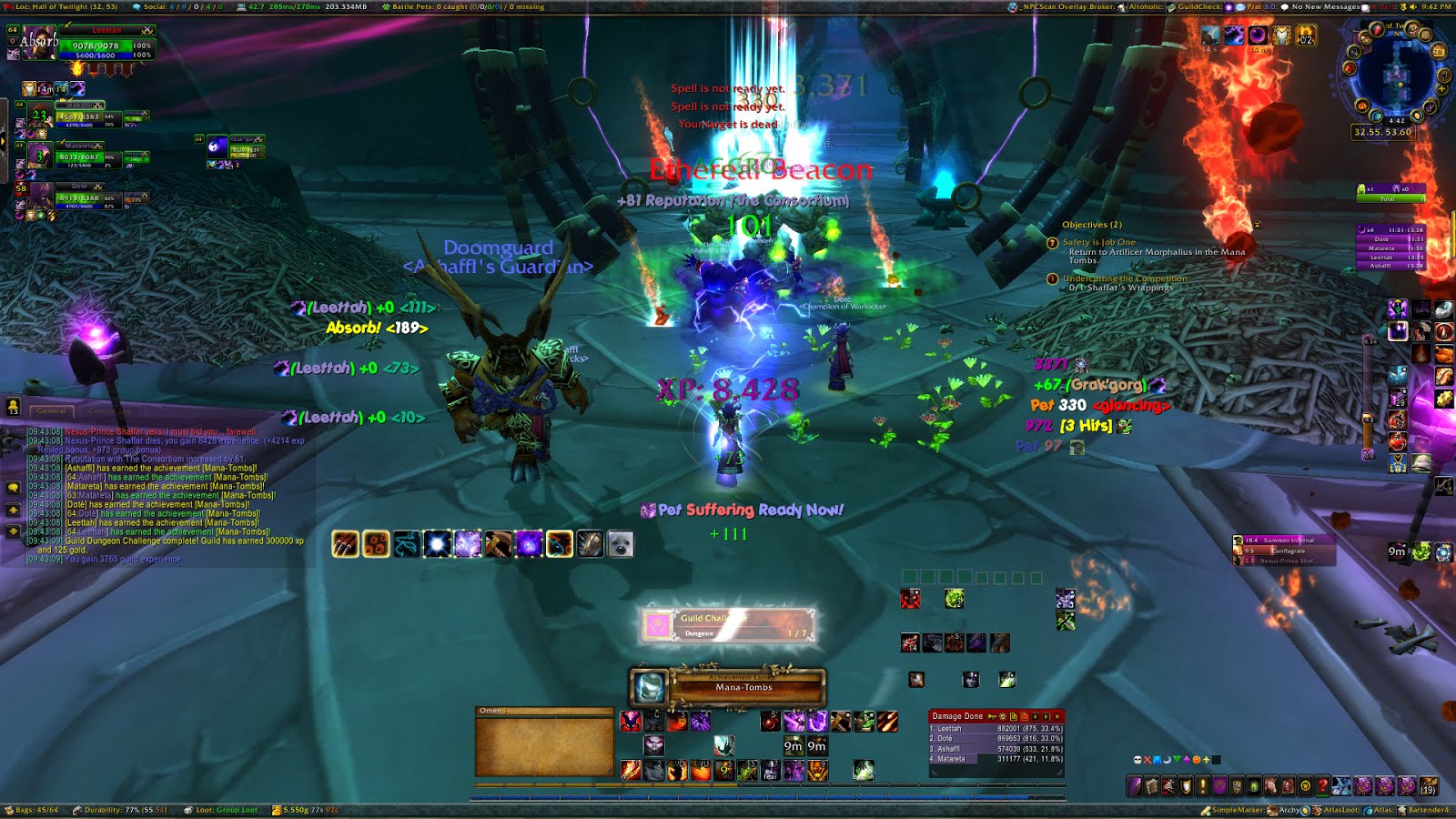 Big thanks to those that came out to play :) - Wingy, Ashayo, Big G, Moonie, Winslow, Tiber, Rain, Duvessae and Stegatamad.
We did 10m Heroic Blackwing Descent and Throne of the Four Winds! 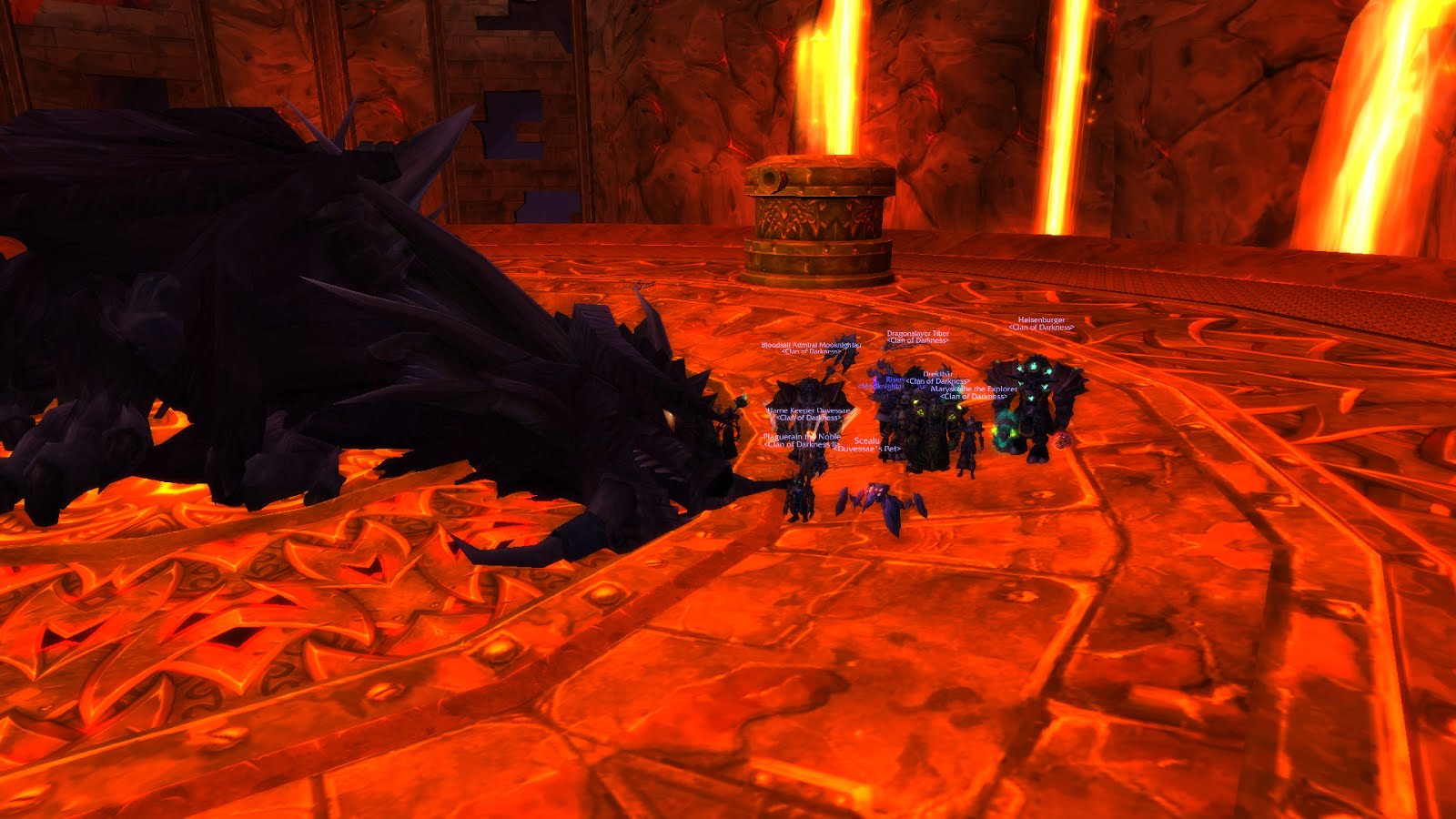 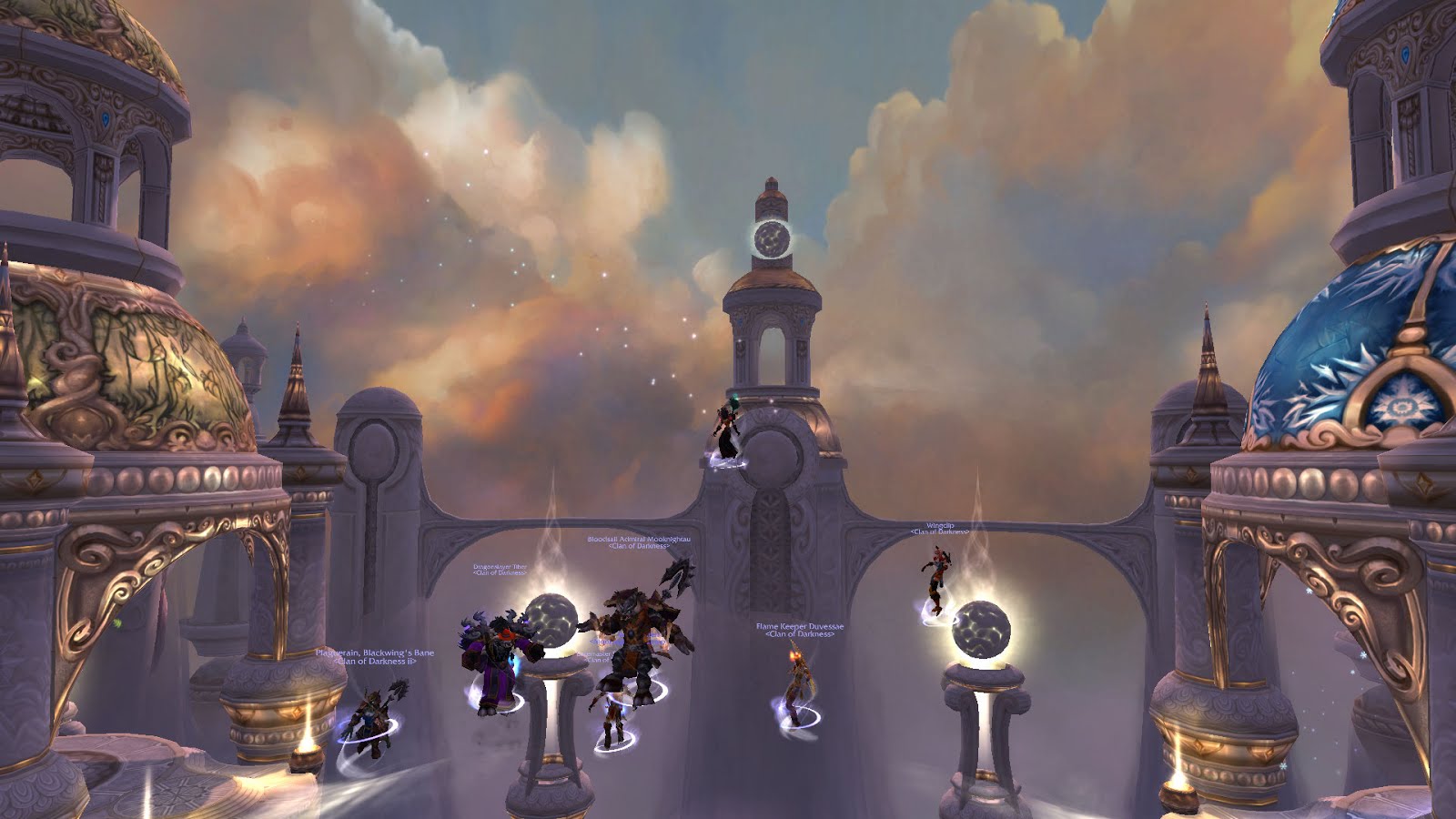 We all float up here!!

6/ Leeta’s Legen… wait for it… Dary Cloak!
After what seems to be many, many weeks I can finally say I got my Legendary Cloak!
What an amazing questline! Some good and bad parts but the end results speak for themselves! :) 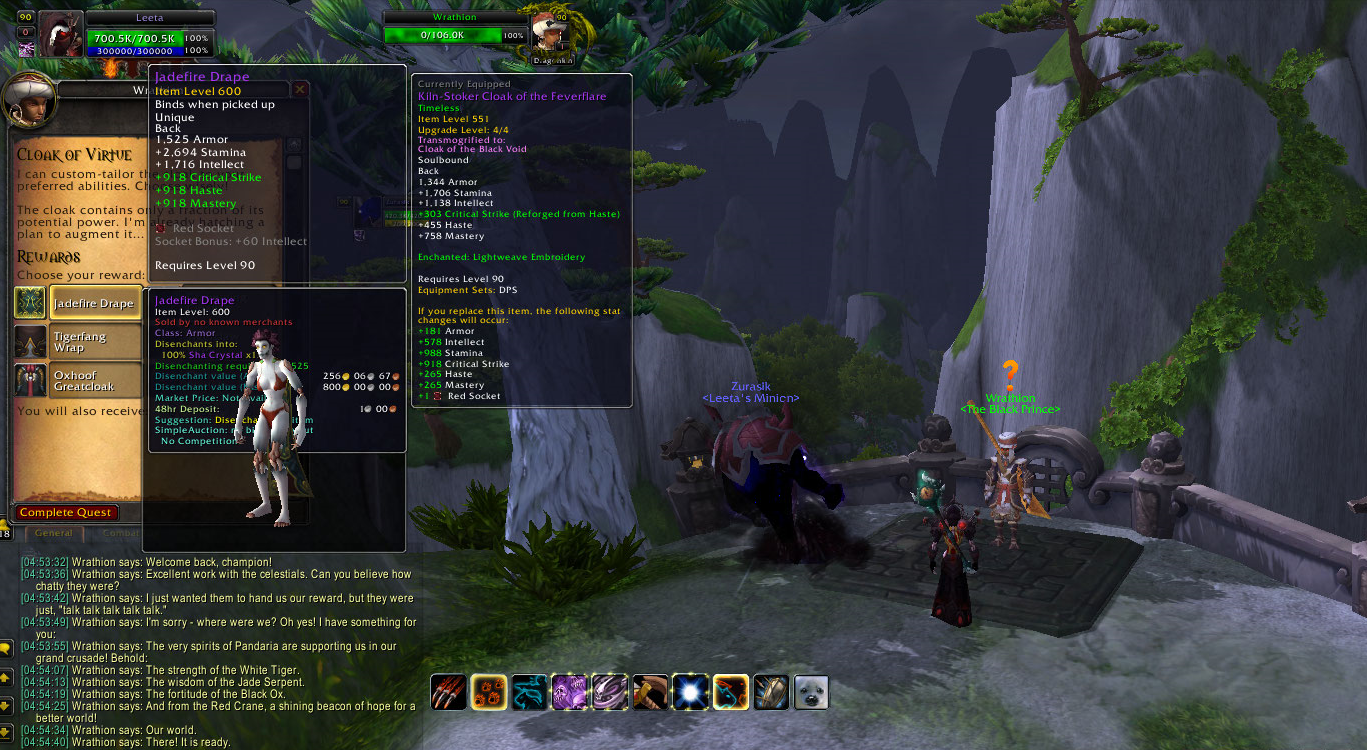 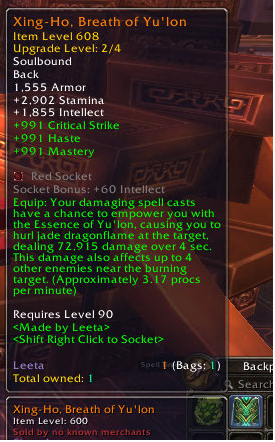 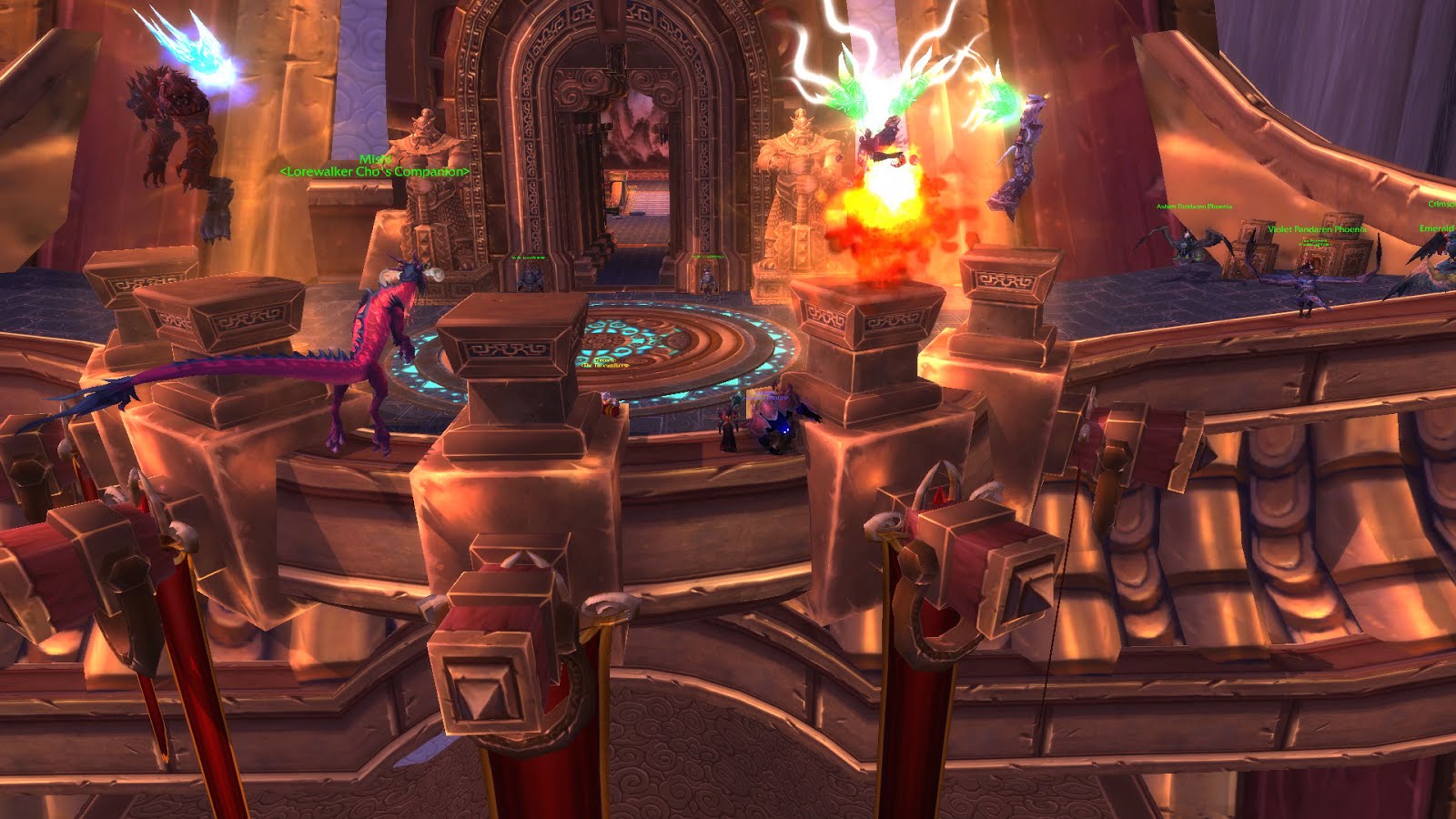 At the Seat of Knowledge! 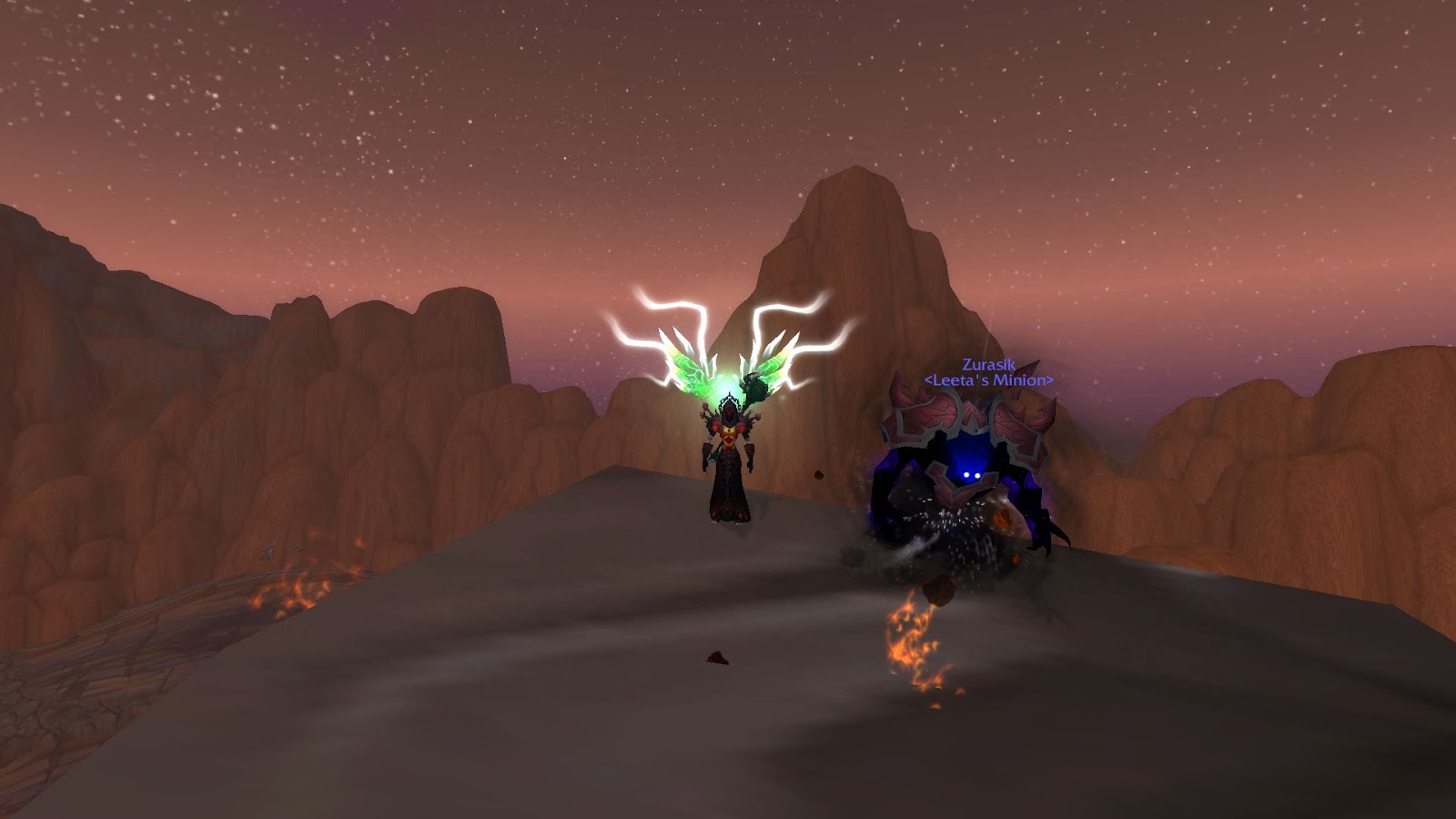 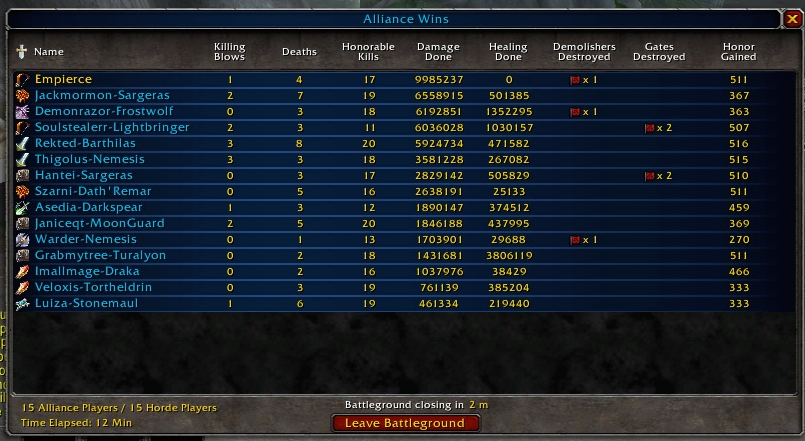 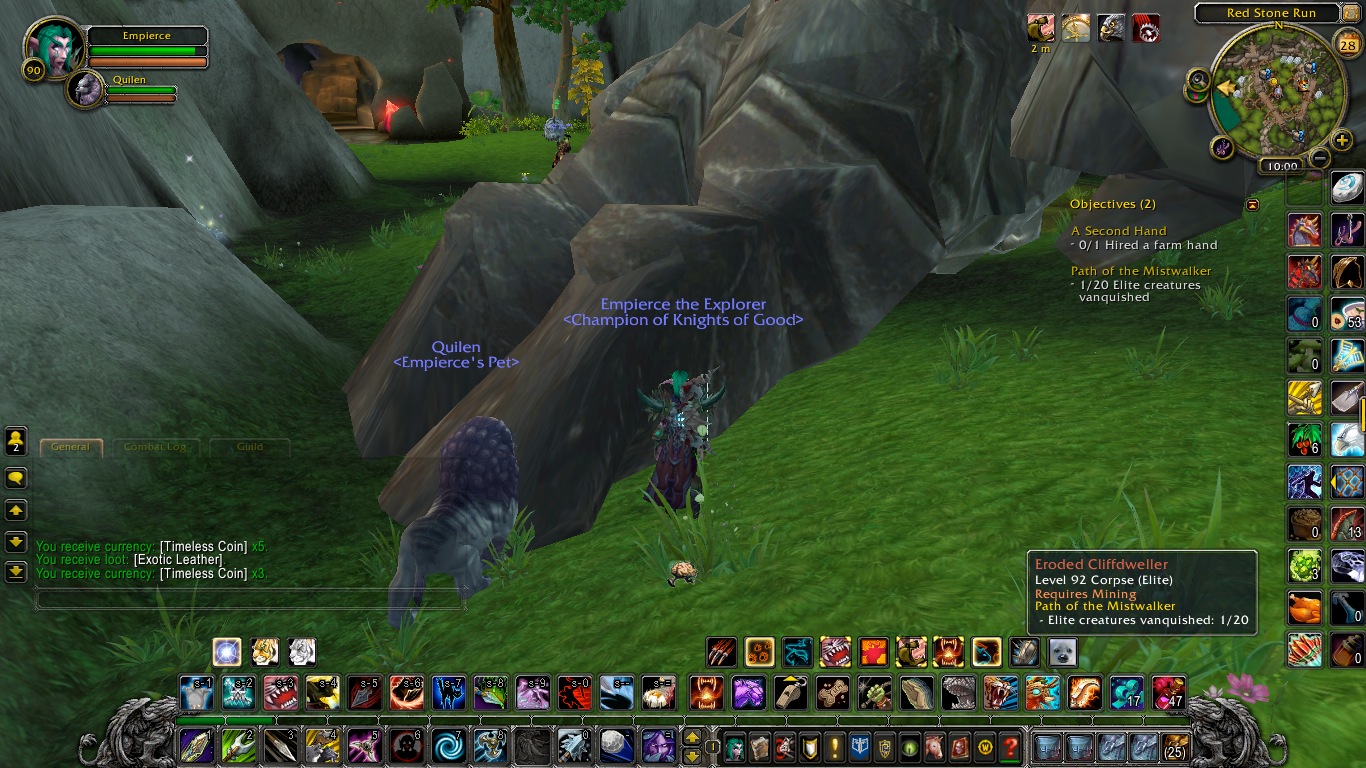 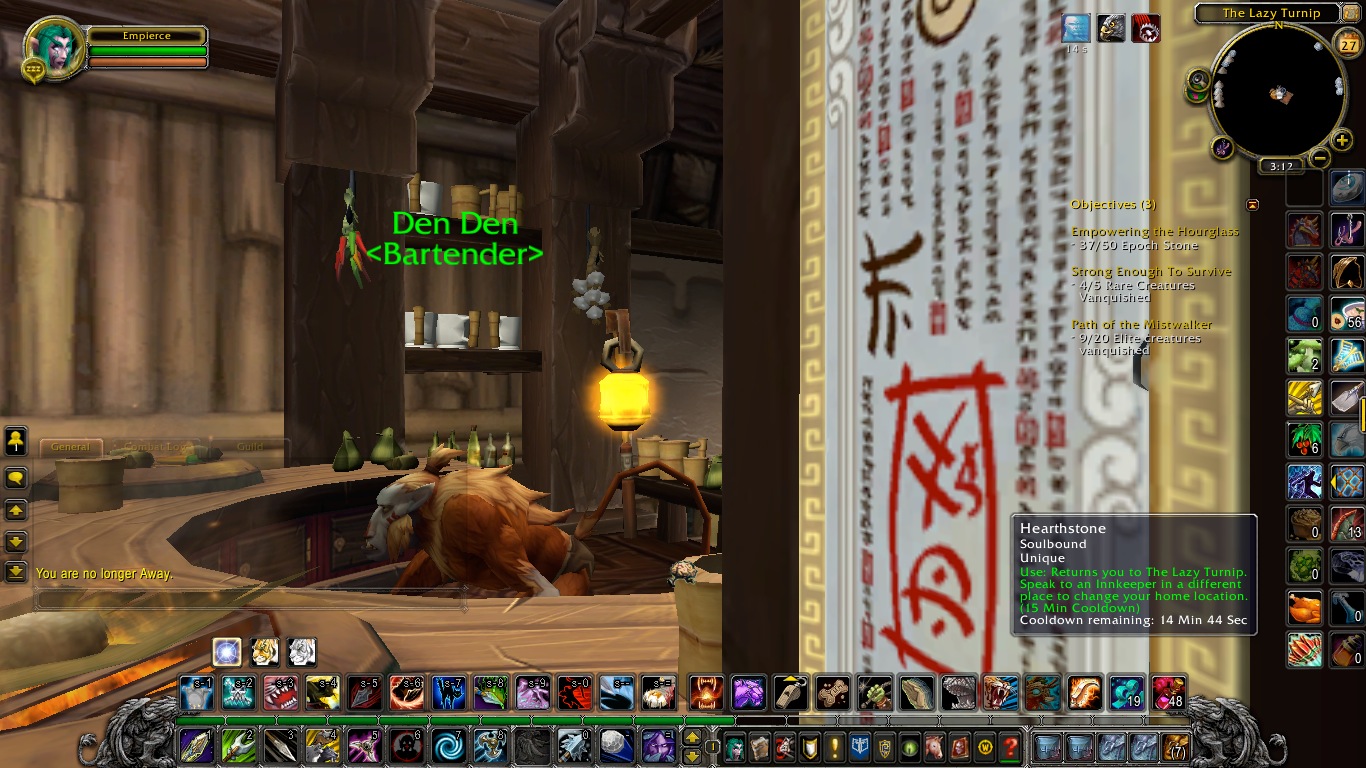 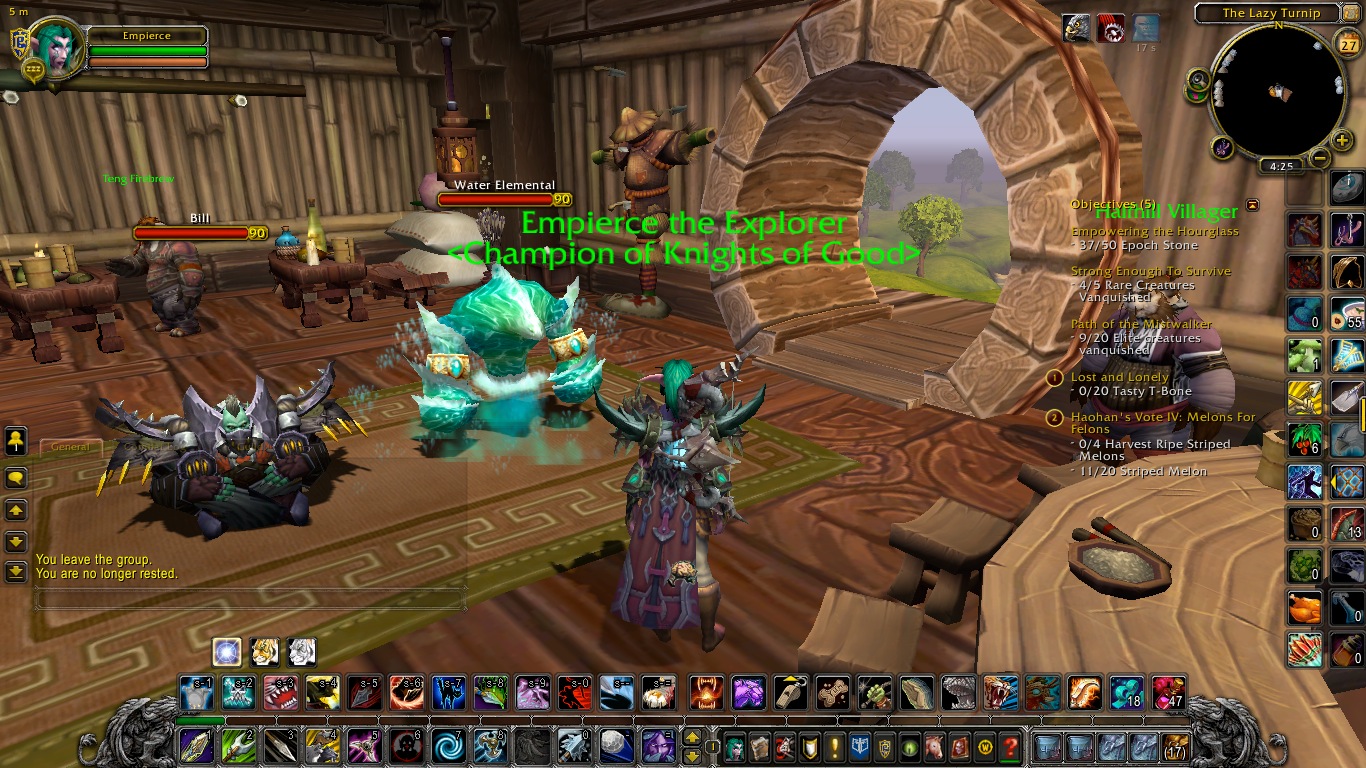 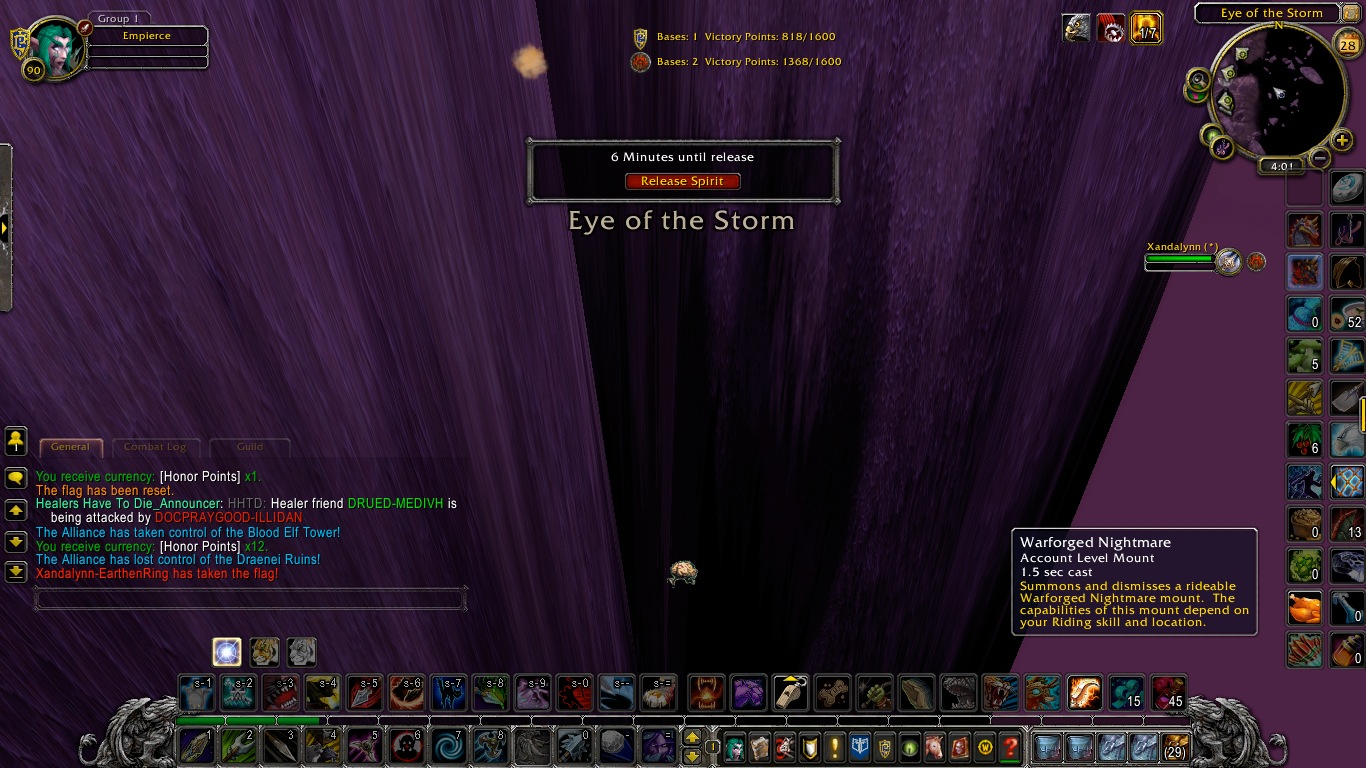 Emails
Quick little tip!!
So, it's Sunday night and I just ran into a goblin rogue wearing the DMF tophat...yet the DMF isn't for another two weeks.  I asked about it, and found a very sweet and helpful player on the other end.  I felt I HAD to share this tip, and I was afraid that I would completely forget it by the end of the week when I do my audio thing....so, here's a quick little tip!:

When you get the prize boxes from the DMF, be sure NOT to auto-loot them!  If you notice they have a DMF tophat, leave the tophat in the box, and once the DMF is over you can take them out and use them - AND still get the buffs!!  Plus, they aren't soulbound, so you can send them to your leveling alts!  So, next DMF, be sure to buy your tophats for use, and save the ones in the prize boxes to use after the faire ends!

From Kurly
Audio
Sent from my iPod


Thoughts on LFR
Greetings!  Hail and Well Met!
I thought perhaps it was time to send another missive to my friends at Control-Alt-WoW.  I wanted to weigh in on the whole LFR conversation.
I’ve been doing LFR for some time, since my schedule is often so screwy and I can rarely have the opportunity to join up with an actual raid group.  (Although I did get to hang out in a Flex recently, but more on that later.)  I’ve a couple of characters that are pretty well geared just from repeated LFR runs.  Most key is often the weapon, since it feels like it’s the hardest to get to.
So, if you’re DPS, generally LFR isn’t difficult to do at all.  As Leeta has pointed out, you get in, keep your head down, say out of the Stuff, stay in the healing circles, and pew-pew-pew as much as you can.  Be helpful.  And before you know it, you’ve got gear and you’re doing better.  If you don’t know the fights, browse the raid chat for instructions.  Good leaders give them.  Ignore the stuff that’ll just aggravate you if you respond to it.  If you don’t have something good or positive or constructive to say, then just let it be and keep quiet.
Tuesday, Wednesday and generally Thursday’s are okay to run LFR.  After that, unless it’s during Prime time, and you can pull some guildmates into the LFR with you, don’t have high expectations.  Tuesdays and Wednesdays are the best.  Good leaders, people in there trying to get Valor or gear and who are focused and forgiving.  Thursday can be so-so.
That’s been my experience as DPS.  I only Tank LFR’s on fights I really know, or I’m so crazy over-geared I just need decent healers who’ll keep me up.  As a healer, I started out as single-target healer and just try to ignore people who gripe about my low healing…y’know, cause I’m focusing on the Tank(s) and not the rest of the raid.  I’m just starting to branch out into more of the actual raid-wide healing, so I don’t have a good deal to add to that yet.
Now, recently I just happened to get to join an AIE group doing a 10-man Throne of Thunder (ToT), and they needed a slot filled.  I could do OT, mDPS, rDPS or healing if they really wanted it.  They asked me to Off-Tank.  We did ok, and I’m so greatful for getting to off-tank with actual guildmates who are reasonable people, who understand stuff happens, and that we have RL before game-life.  We spent half the time there, then moved over to Flex for Siege of Orgrimmar (SoO).  I swapped over to Ranged DPS, which I was much more comfortable with.
The group was new to getting into SoO, some had done LFR, some had seen the videos.  We talked, like normal people, to get through the first boss after several wipes.  But what was really outstanding, was coming to the second boss in the first wing of SoO, the Fallen Heroes.  After a 5-minute overview by the raid leader, we managed to one-shot the Fallen Heroes!  I have to say the key factors were healers who were on the ball, and a raid leader who could talk us through it and get us shifted from target-to-target in a timely manner!  You know, guildmates, respectfully working together! It was pure awesome!  And yes, we were all pretty elated.  Gear upgrades were icing on the cake for some of the folks.
There is no “I” in TEAM, except in the A-hole.  So, don’t be afraid of LFR, especially if you’re DPS.  You might find there are some things you really like about it.
Good luck, all…and happy hunting!
“Be well…”
Wolfbrother / Eranth / Wolfheal
AIE & Clan of Darkness
Earthen Ring

It has been a while since I have written, and also a while since I've logged in. I am sorry for the lack of happy content in this email but I feel I owe an explanation to everyone for my recent actions. As some of you may know, I've been struggling with an anxiety disorder ever since I can remember, and with this comes depression because sometimes the despair of living with a broken mind is so overwhelming.The latter was the cause for my irrational behaviour recently which saw me deleting all my level 90s and most of my friends from Facebook. My toons have been restored thanks to a very helpful GM and most of my Facebook friends have rejoined me, I apologise if I have missed anyone. I feel very ashamed for letting it come to this and causing pain to the people who have cared so much for me over the past few years. I am taking each day as it comes and I'm managing to get through the difficult ones. I am seeking professional help and support and I'm actively striving to overcome this. While I can't see myself logging in to WoW any time soon I'm sure I will be back to check out the new content when it is released and I still love to listen to CAW.

Hearthstone Chat
Priestly ways
Here is the next update to my hearthstone tips and as always hopefully it helps someone out. Plus don't forget to log in before September 30 to get the free spider room in hearthstone 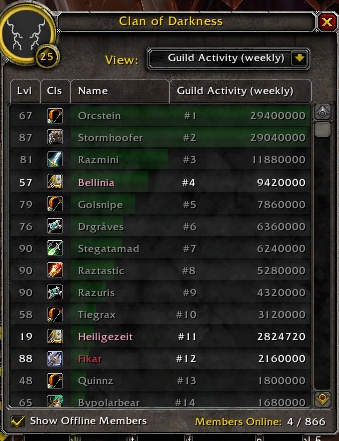 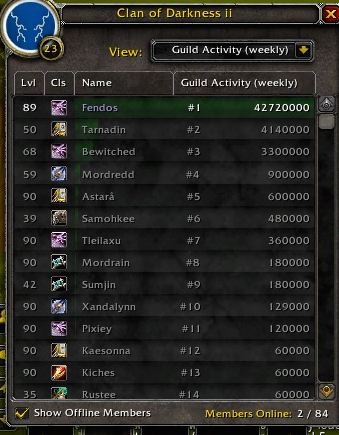 Posted by Aprillian at 5:00 PM