own enchanter, gave up bank. anyone use effects 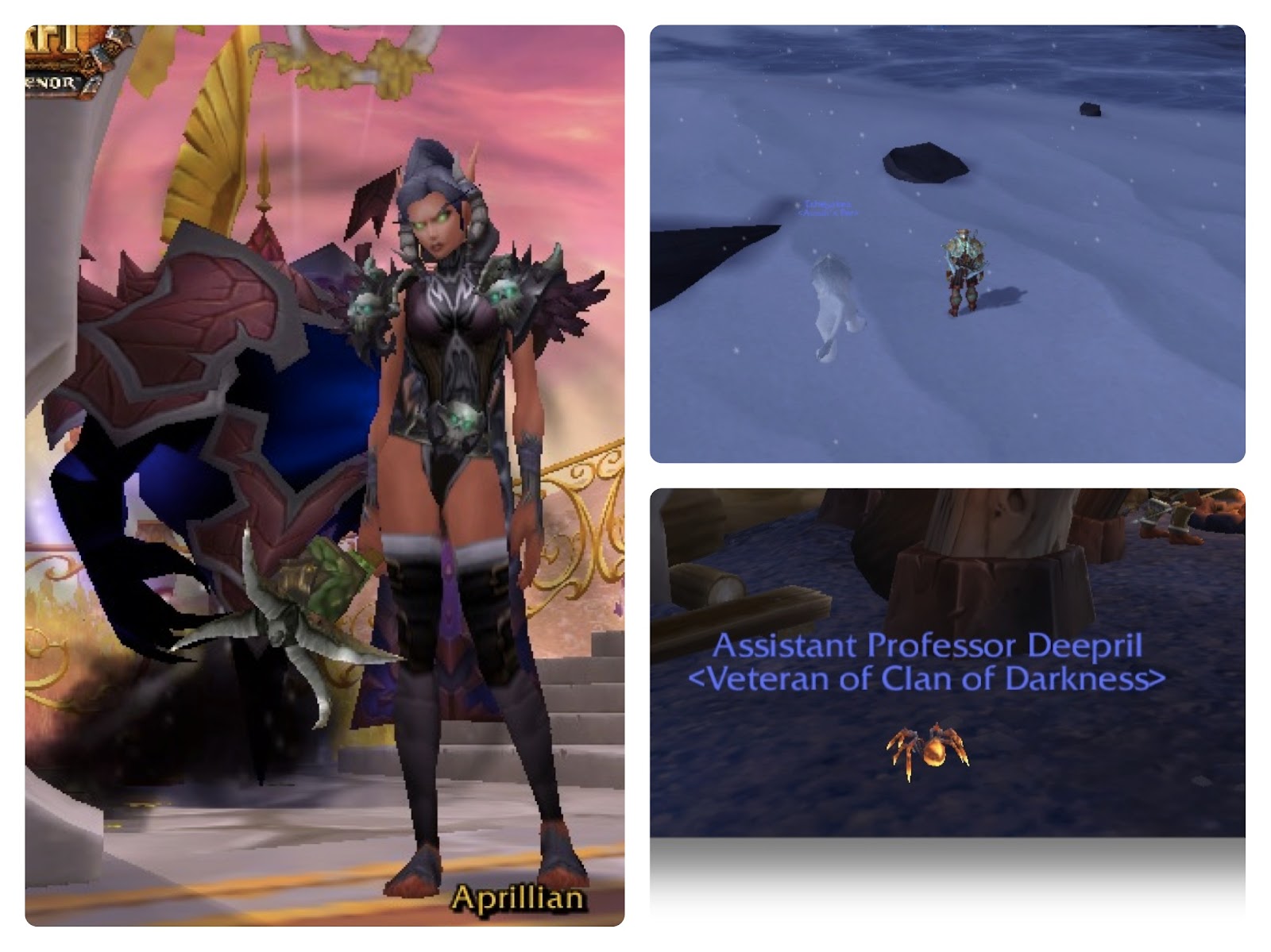 1/ Timeless Isle
Nothing new this week however I have managed to get quite a few of the rares to kill - just no items are dropping!
2/ Aerie Peak - Leeta
Been questing on my Ally Warlock and so far the storyline has been fanastic!
Managed to get Enchanters and Tailoring hut! And Trading Post! 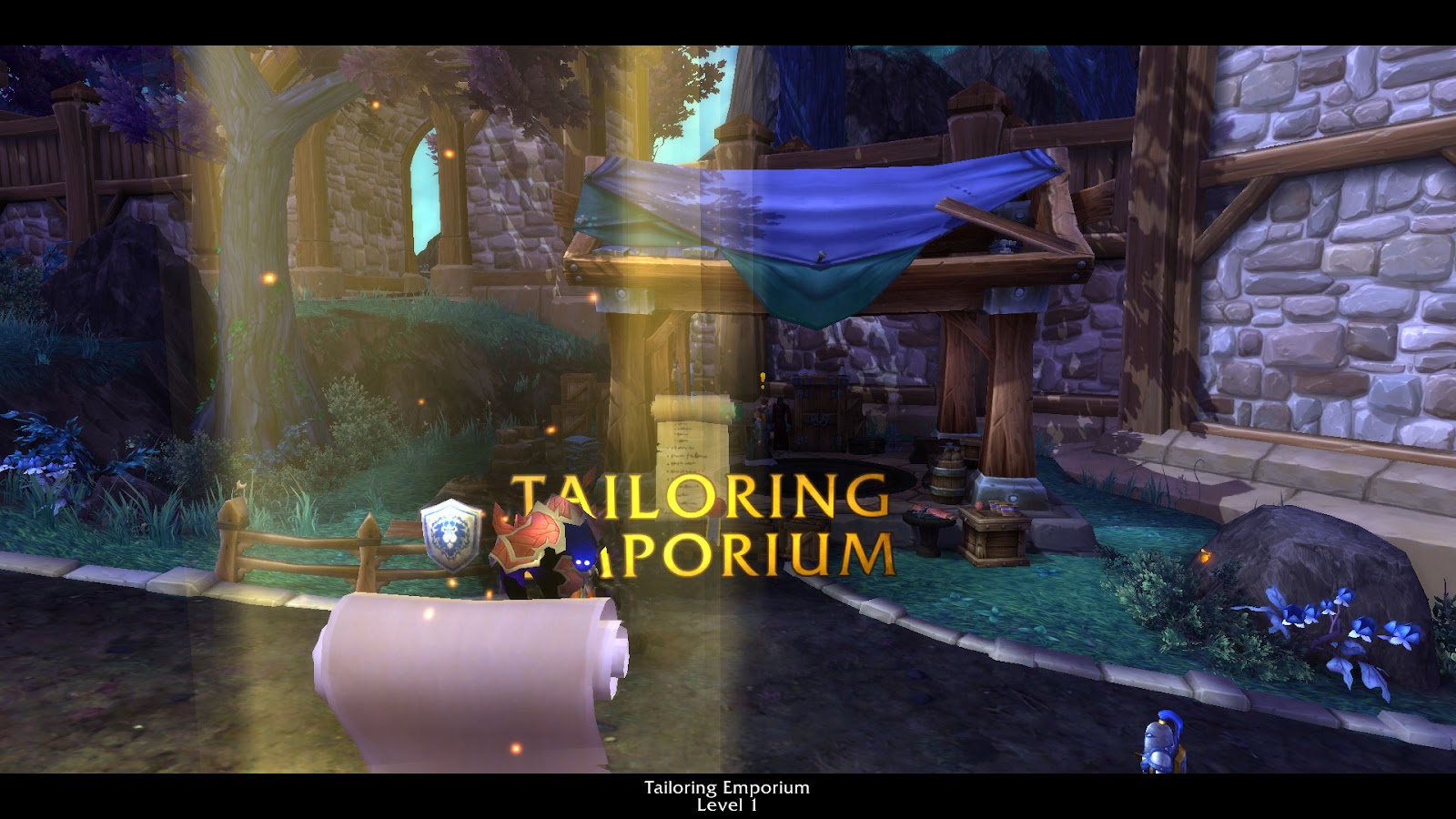 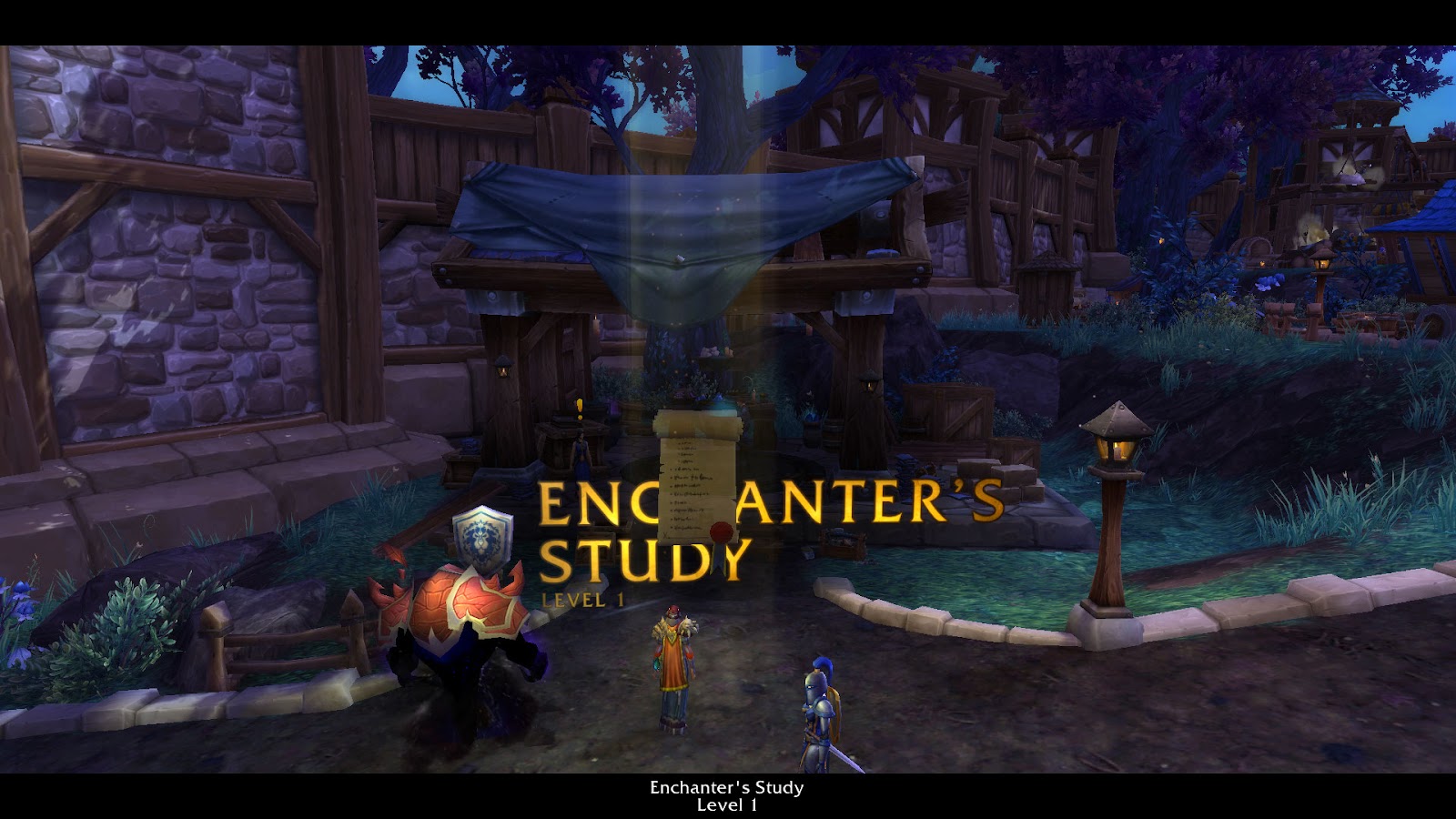 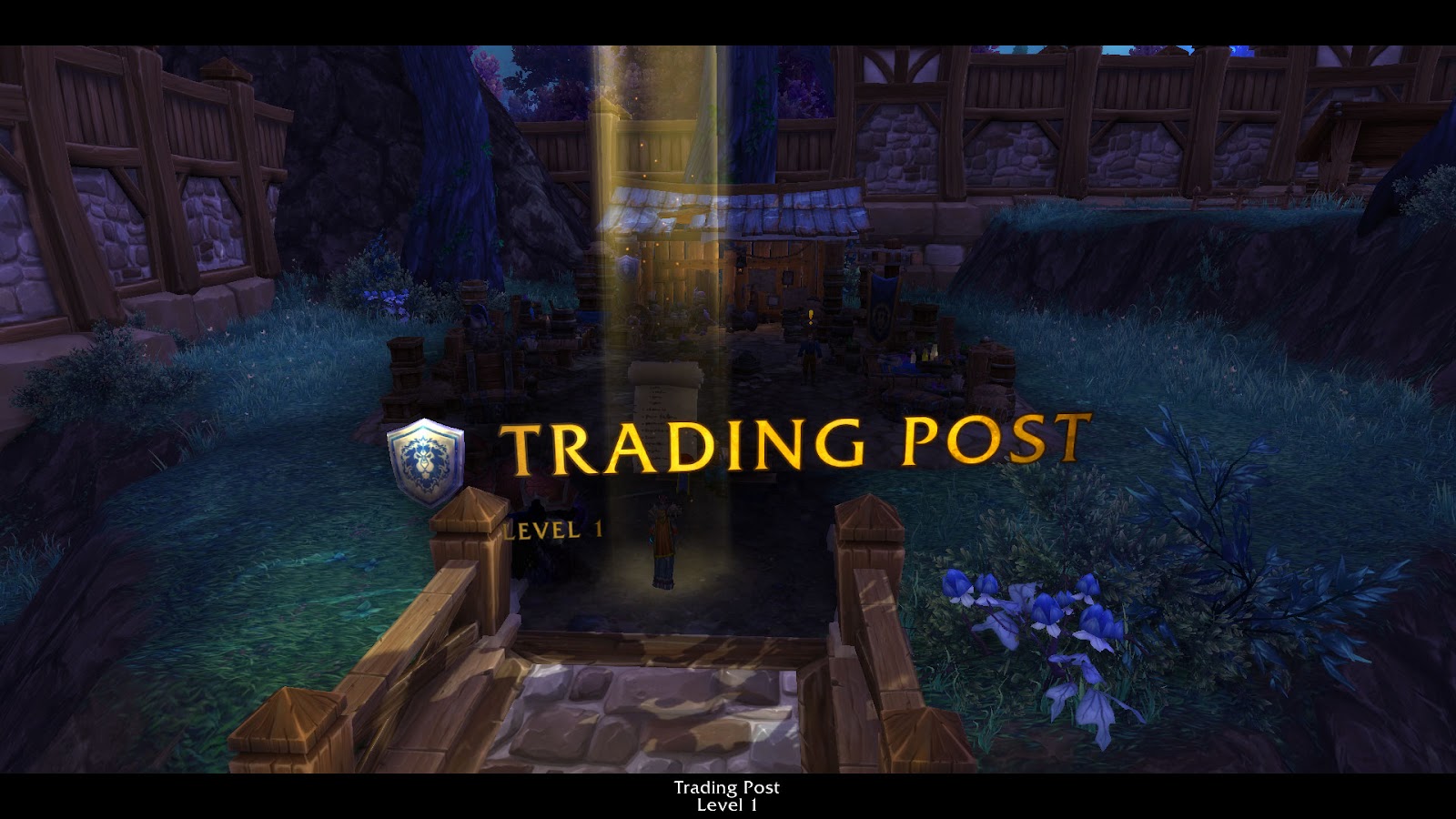 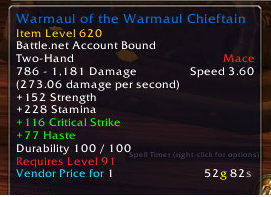 http://www.wowhead.com/item=117384/warmaul-of-the-warmaul-chieftain
4/ Frostwolf Orc Rep
I go and kill the mobs in Magnarak every few days.
So far 12195/21000
5/ Naxx 25m - Transmog
Managed to get the Wrist piece from Instructor Raz although Kel did not drop my helm!
http://www.wowhead.com/item=40325/bindings-of-the-expansive-mind
6/ Mount Runs
UP, Maly, Throne of the Four Winds, Vortex Pinnancle and ZG!
AND THEN… 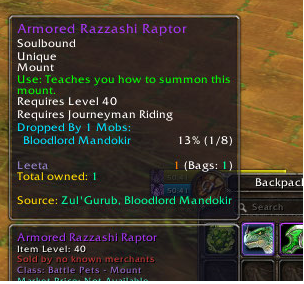 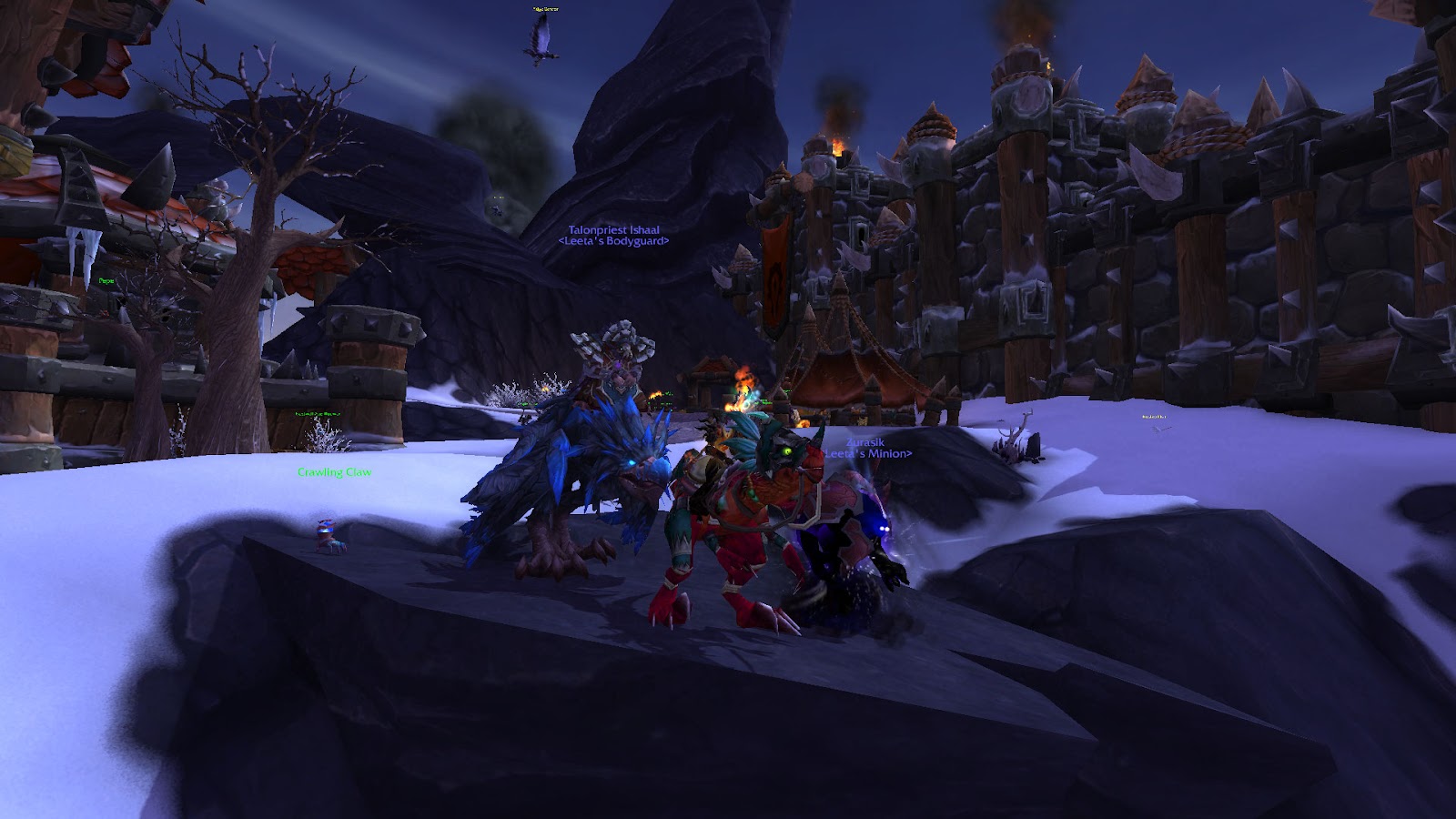 My posse… and The Claw!
7/ Tranquilty
Found this spot in Shadowmoon Valley 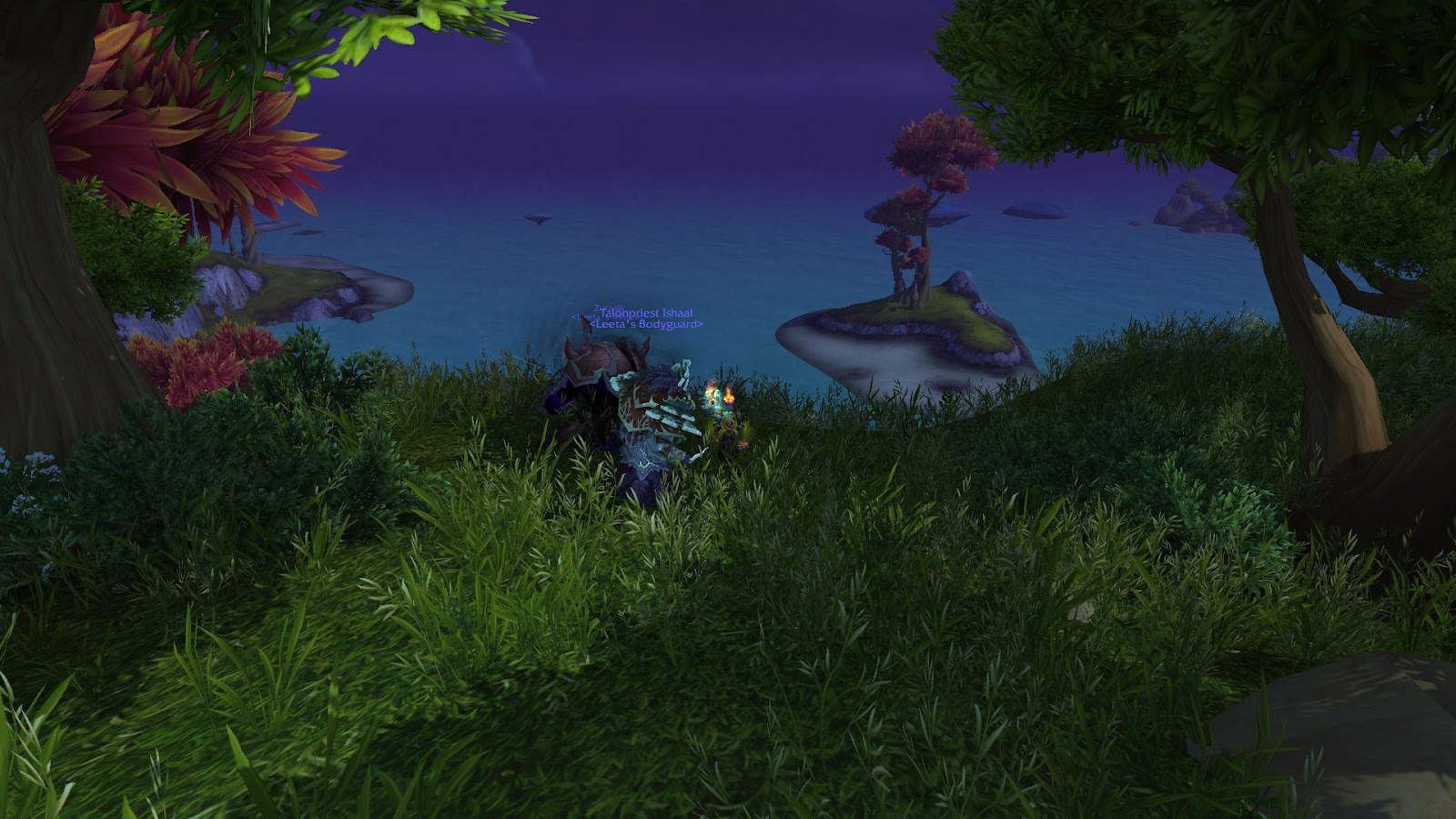 8/ Girls Gone WoW
Guested on Girls Gone WoW this week.
Reminder it is an explicit podcast! :D
Talked about class button squish - had alot of fun!

Wow, how things have changed. Both in and out of game. I don't have the opportunity to log in to WoW very frequently anymore. I think this is probably the cause of the overwhelming feeling I get when I do play. There seems to be so much to learn, particularly with the garrison and it's difficult to absorb so much information when you play so little. My highest level toon is 94. I am enjoying the new quest content and the zones look amazing.
So, what have I been doing with my time when I'm not in game? I'm glad you asked...
About a week before Christmas someone smashed my car in a shopping centre car park while I was shopping. Luckily there was a witness who didn't let the driver leave before I returned. It's all covered by my insurance so there's no cost on my behalf but it was very inconvenient. I was on holidays at the time and it pretty much grounded me to my house. I had planned a few days of kayaking, grrr.
Due to all of this I decided to put some t.l.c. into my old car incase I needed some transport for when I return to work. I hadn't driven it for about 6 years so it needed a lot of work. It's a 1977 Ford Fairlane Marquis. It's now become an ongoing project as I've decided to restore it to original condition.
I really miss playing WoW with you guys like I used to. I cannot even imagine where I would be today were it not for that handful of friends who have given me a heart full of joy.


the joys of working night and day
Sorry again for another week without audio but I been super busy and stuff to be honest i haven't even touched WoW for almost a month now. I want to but the joys of moving and working and other real life issues So hope all are well.

And for the mataining sanity

Hey Jeppy! We miss you!
Posted by Aprillian at 7:10 AM