Garrisons and some questing. Was pleased Aprillian and Epril could quest together even though Aprillian is 91 and Epril 97.

1/ Frostwolf Orc Rep
Exalted!!
Thanks to those who gave me some help - Ashayo, Wingy, Natanie, Ravn and GrandNagus 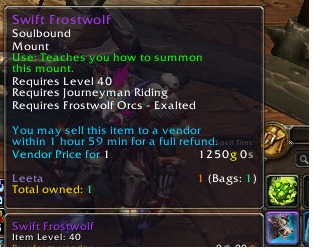 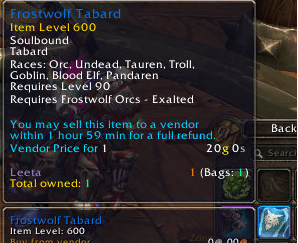 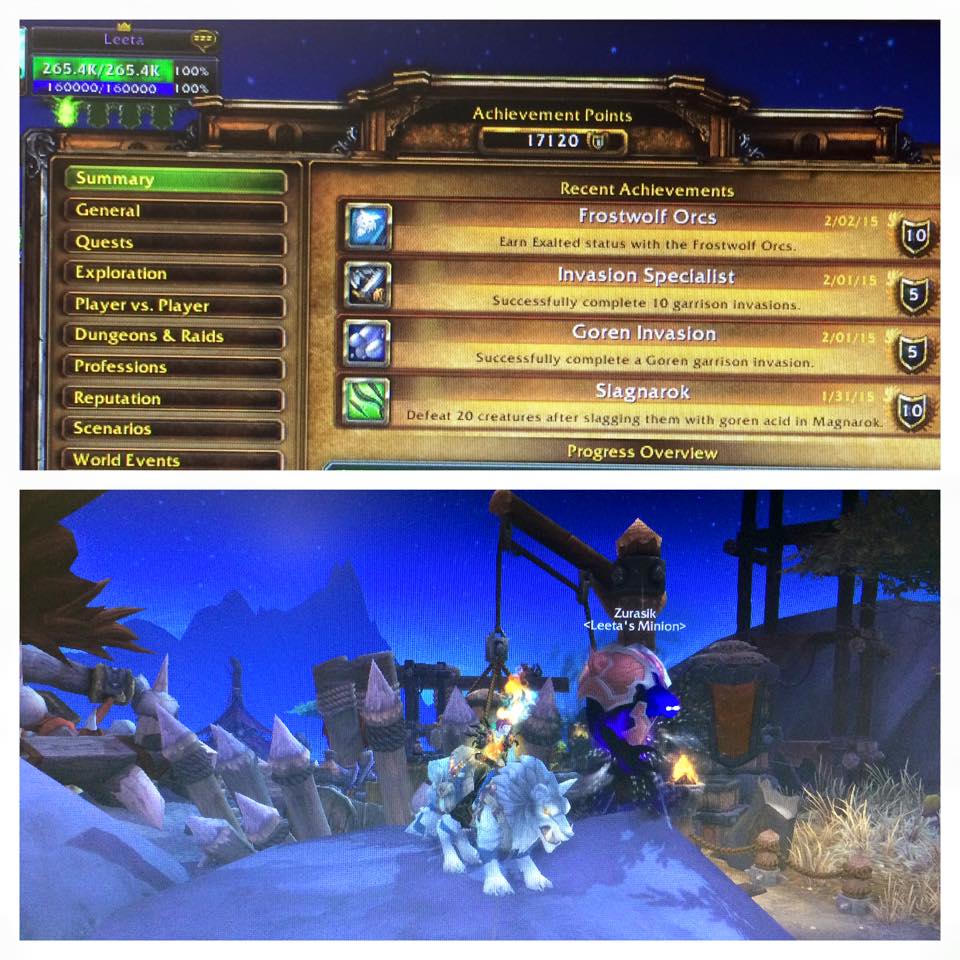 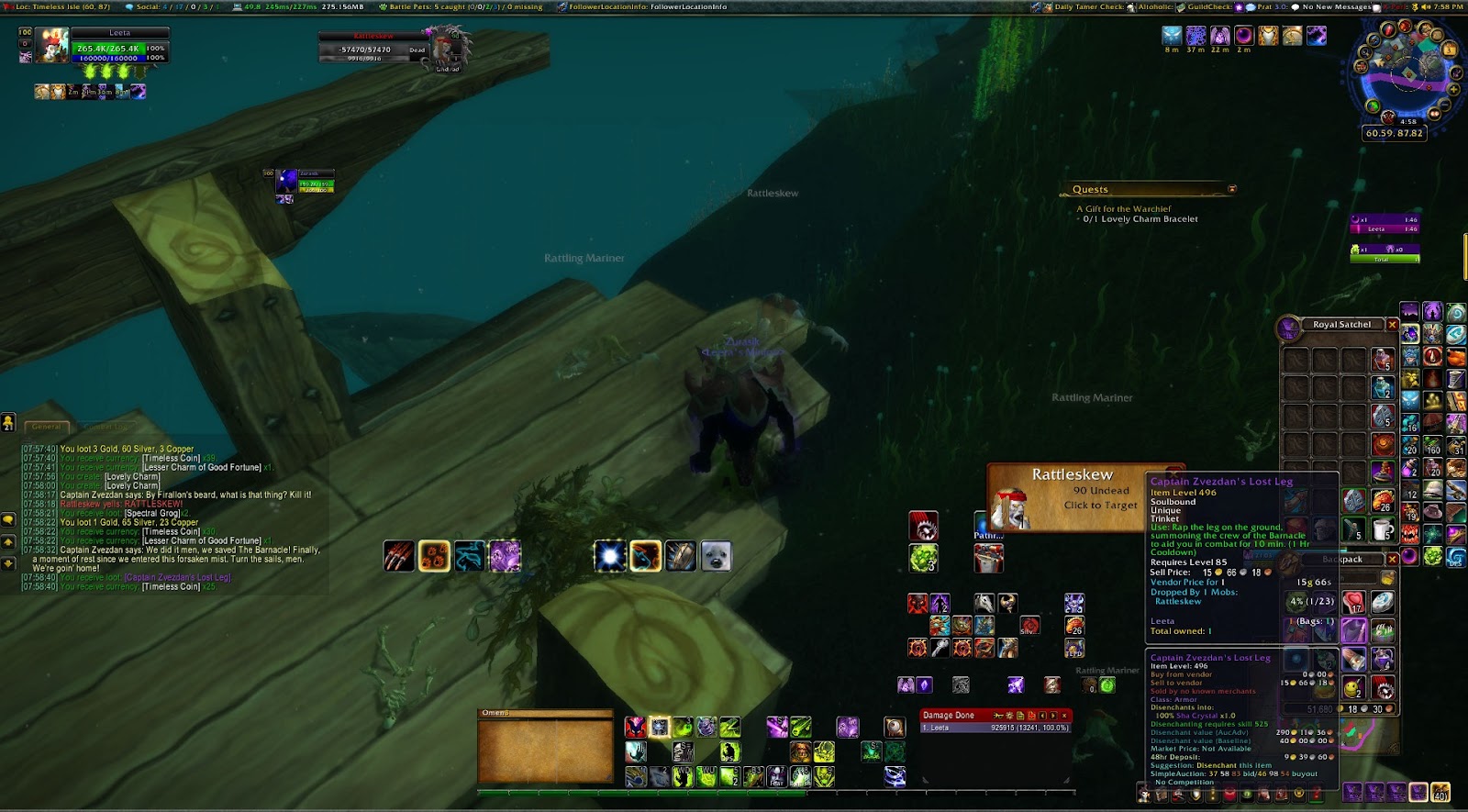 Arrr me Hearties!
Progress so far… 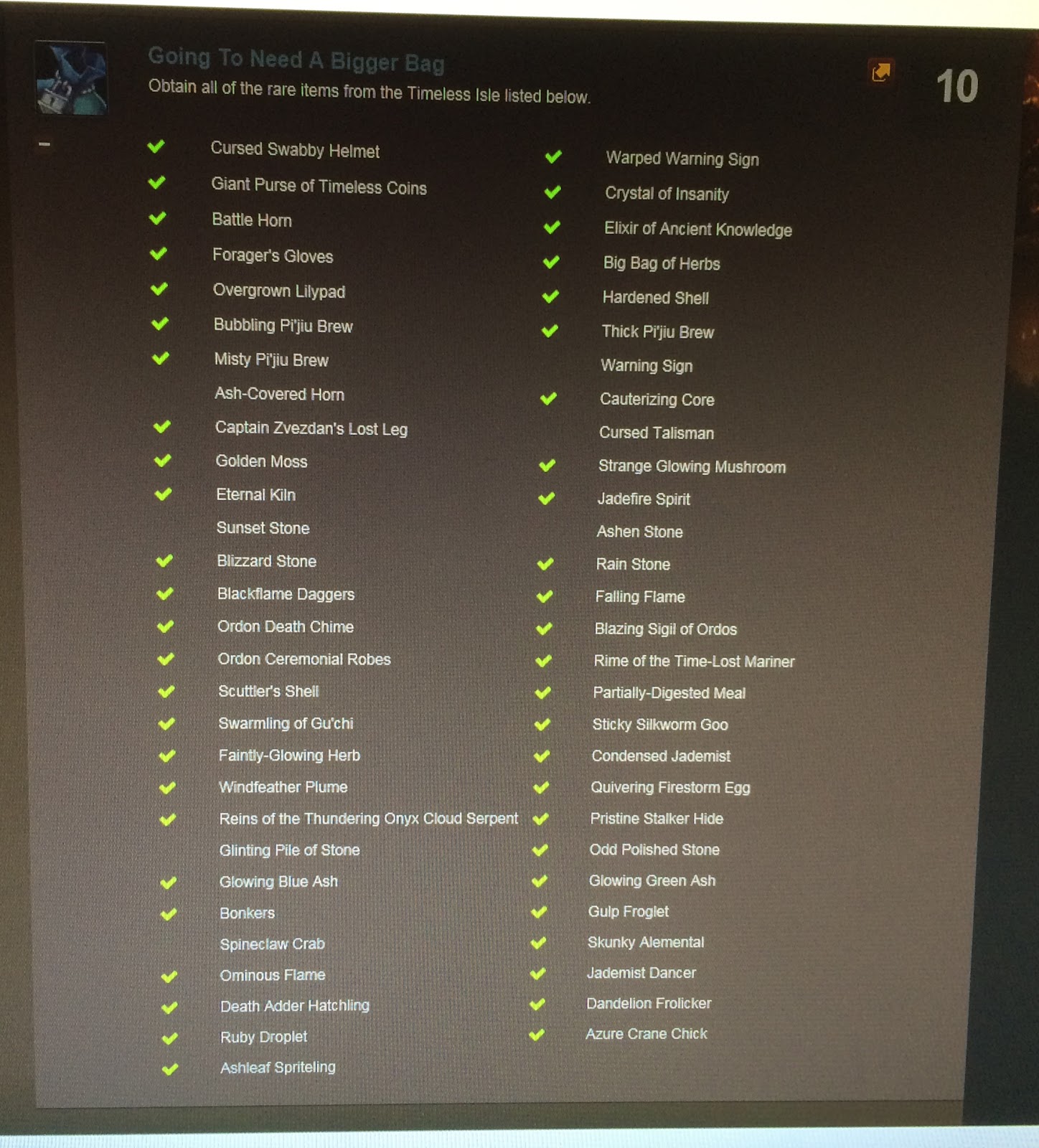 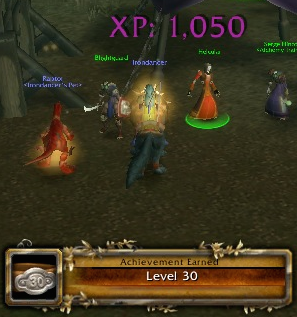 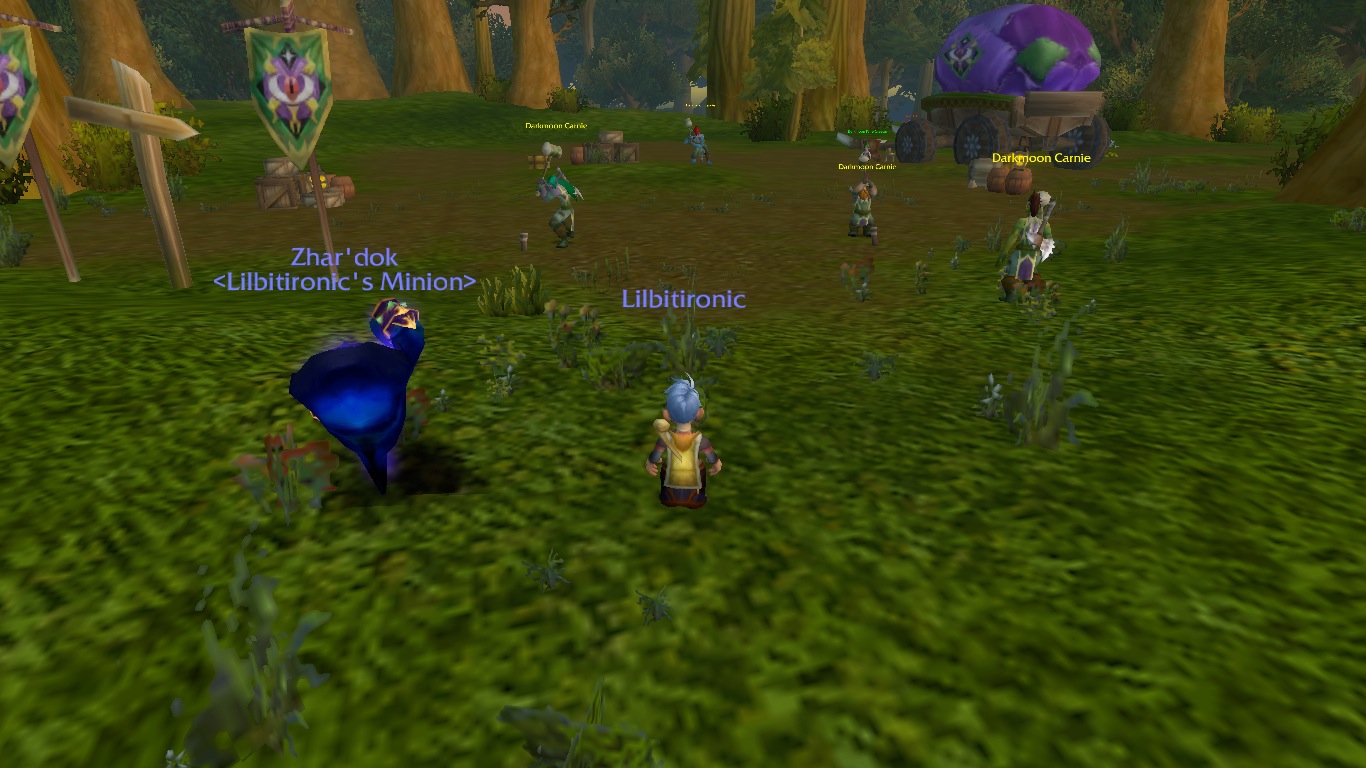 hi guys
Thought i would send some tips  for rogueslayer's ironman adventures
Your strategy: stay alive. It is not about doing every quest, nor killing every boss, nor exploring every chunk of land. If you want to go from 1-90 as an iron, you must change your gameplay. Your normal gameplay or stubbornness will kill you if you insist on charging into quests or bosses without researching. So take it easy, go slow and cautious, ask or research a quest/boss. Realistically, it takes 3-5 months to level an iron from 1-90. Obviously longer if you die and re-roll a new toon.

Some easy tips and guidance:

- IMC is difficult: Pick a race and class that you are very familiar with. Since you can’t pick a talent, using every trick and technique that you know best will often save your life.

- Race/class: Night Elf has a tremendous advantage with shadow meld and hunters with Feign Death. Priests with levitate have a nice buffer against falls. Rogues have it good with vanish and crowd control. Warriors and Paladins are likely the two hardest classes to pick. Choose wisely based on your experience.

- Easy starting money: If you run into a Blingtron 4000, it will often give junk that can be vendor sold for money.

- Money: What you learn is that other than for buying flight training, gold is worthless to an Iron. You’ll have plenty when you reach level 90. Use the gold to buy vendor or AH armor/weapons, or cloth to keep first aid training up. Other than that, not much need for gold.

- First aid / bandage saves lives. Even if you can heal, at some point you will need that extra health when you’re out of mana or waiting on a cool down. difference.

- The goal is to stay alive to 90, not get the titles Loremaster or World Explorer. Creep too close to a Horde (or Alliance) camp and a level 90 guard will spawn and one-shot kill you.

- Quests can be bugged. In Redridge, a quest chain called “Prisoners of War” will always fail and you will die. So once you hit the start of that chain, stop, move on to another zone.

- Some Zones / Areas are Hostile: be careful who you click on. MoP introduced the concept of Level 90 guards in places like Area 52 or STV’s Nesingwary’s Expedition camp. Right-click on one of those hired guards and you will start a fight – and you will die.

- Holidays: yes, you can participate in holiday events such as Lunar Festival, Halloween, etc. Just remember some quests get you PvP flagged.

- Rares and treasure chests can provide easy money and experience by coming across them. Remember rares often hit harder than normal, so rule of thumb is to be 3 or more levels above it.

- Don’t loot potions, elixirs, or scrolls. They don’t fetch much money from vendors or the AH, and if you accidentally right click one, boom, you’re flagged for using a consumable. If you loot green/blue/purple gear, be careful not to equip them when trying to sell them to a
vendor – easy way to get flagged.

- You’re not Leroy Jenkins. Pulling one enemy at a time is best, heal up, pull the next.


More free time more WoW
Sorry for the lack of audio again this week as I am lazy but as i have more free time this week I managed to get in some WoW and heroes of the storm got some rep grinding in hope do get some more this weekend. Still no lvl 91 and I have found that I suck at support classes in heroes have better luck at ranged assassins than support I rock a Nova Hard.

And for being less lazy next week and doing a audio