Aprillian, Leeta and Rogueslayer discuss another week of playing World of Warcraft, Blizzard's greatest MMORPG. The show features audio segments by Grand Nagus and email submissions from listeners.
If you want to join the conversations on the show, we have a live chatroom with in-game giveaways moderated by chatroom-chick Marzana. So come and join us every Friday at 6 p.m. EST / 8 a.m. (Sat. Australia’s time) on our Ustream page!
We also have an ongoing contest. Send an email to ctrlaltwow@gmail.com telling us how you play WoW, either as an altaholic or dealing with it in your family life to being placed in a drawing for a WoW Pet or an Authenticator.


The music for this week is Tanaan Jungle music!  woohoo!  Also, I attached a couple screen shots for ya!  I hope everyone's Bloodies are still alive and killing it! 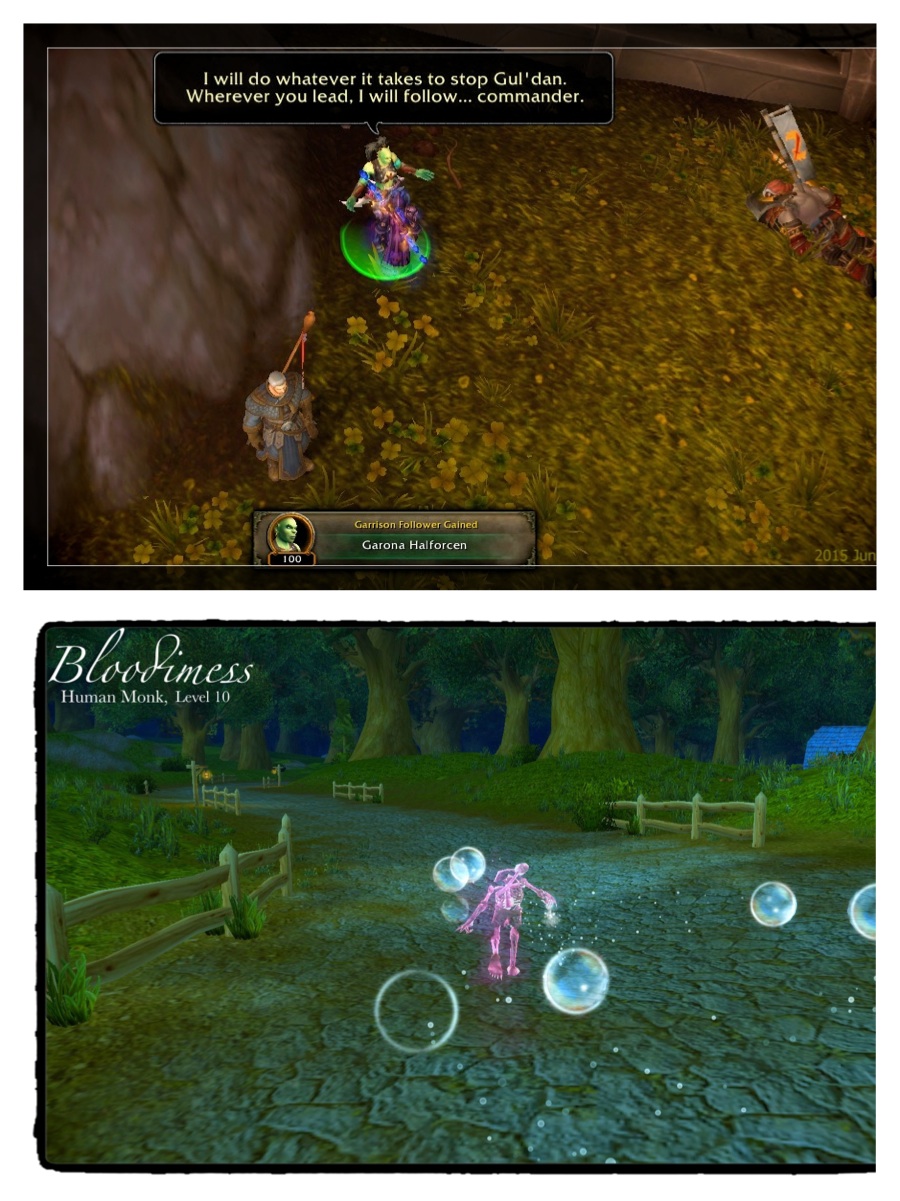 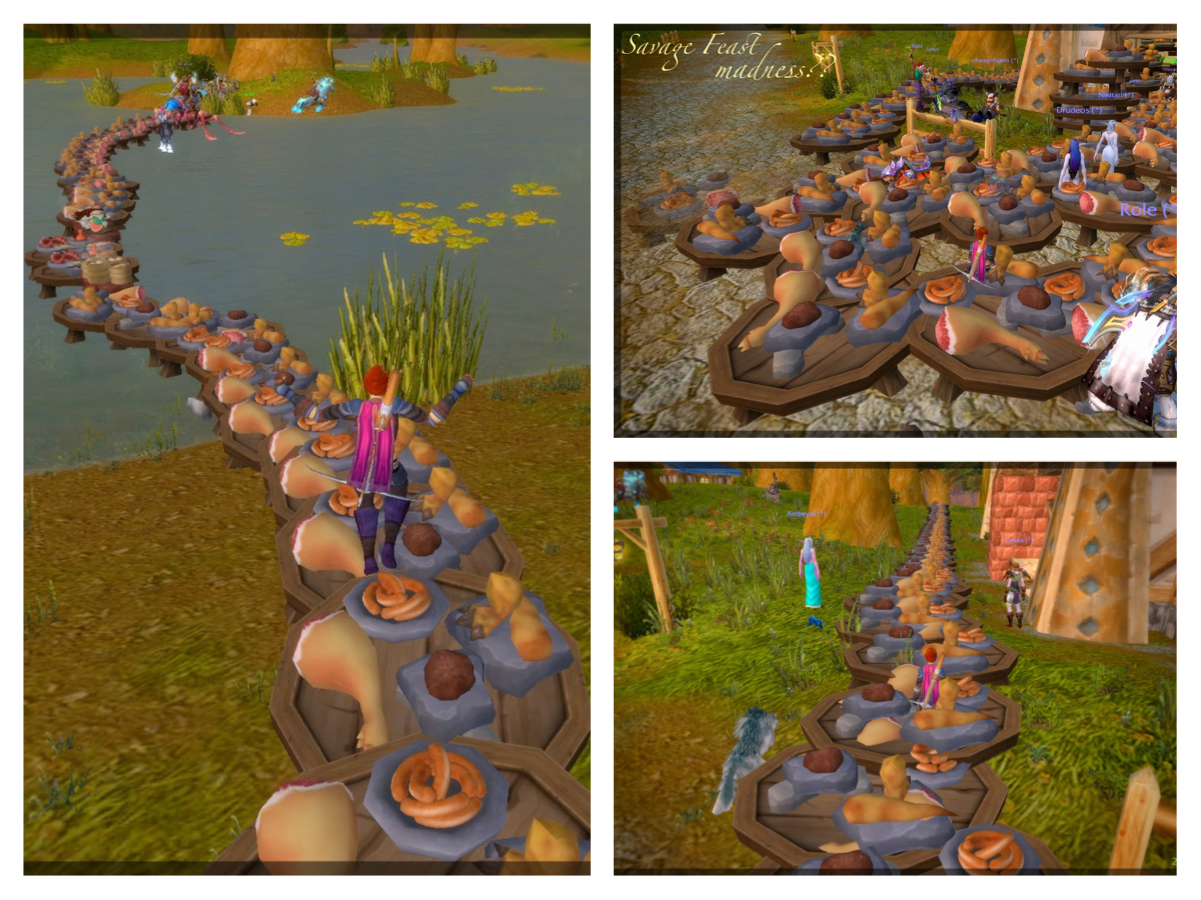 Have not picked up anymore quests just been grinding through killing mobs.
Currently killing mobs in Loch Modan.
Being melee is making it way more interesting especially when mobs run off and you have to chase them! 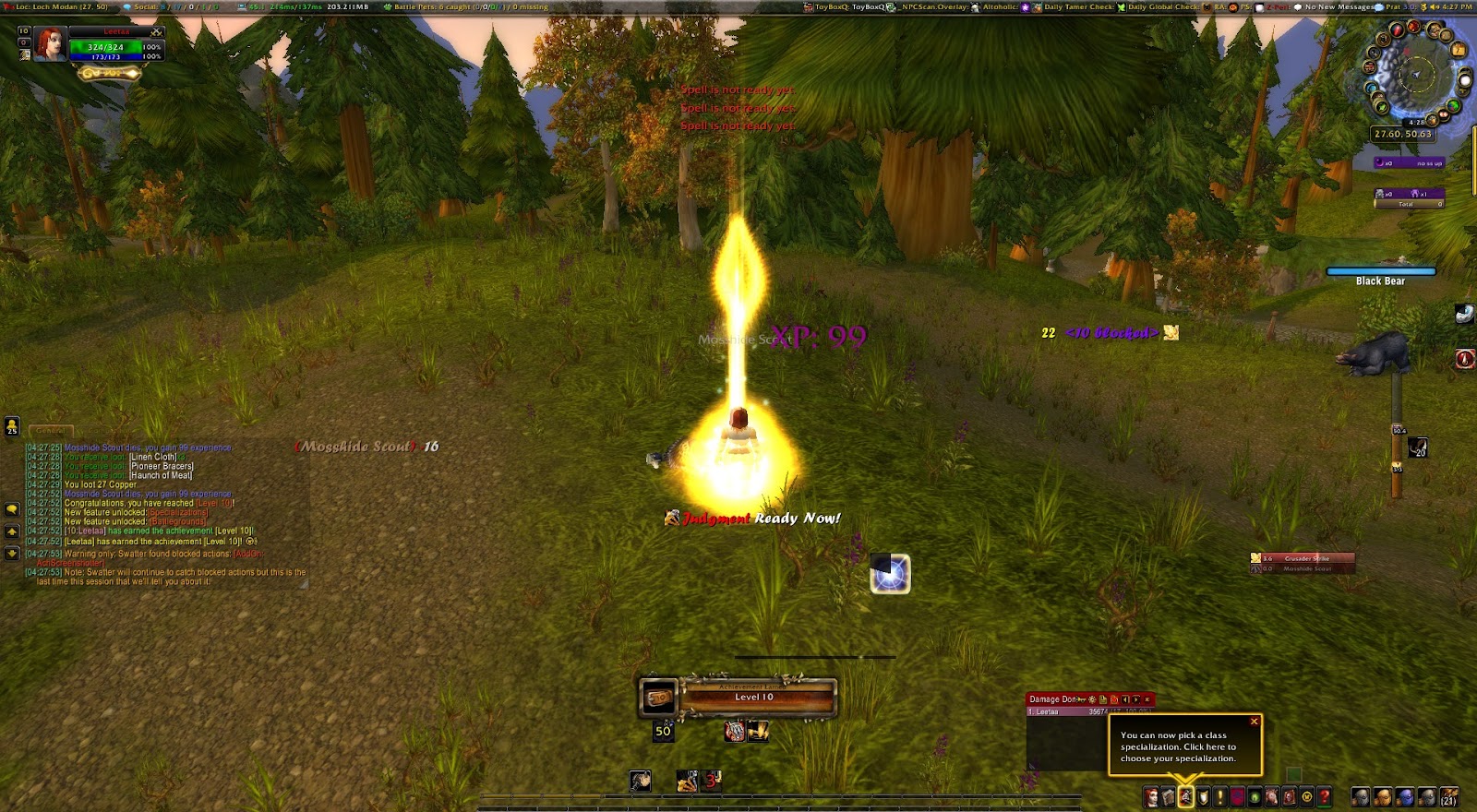 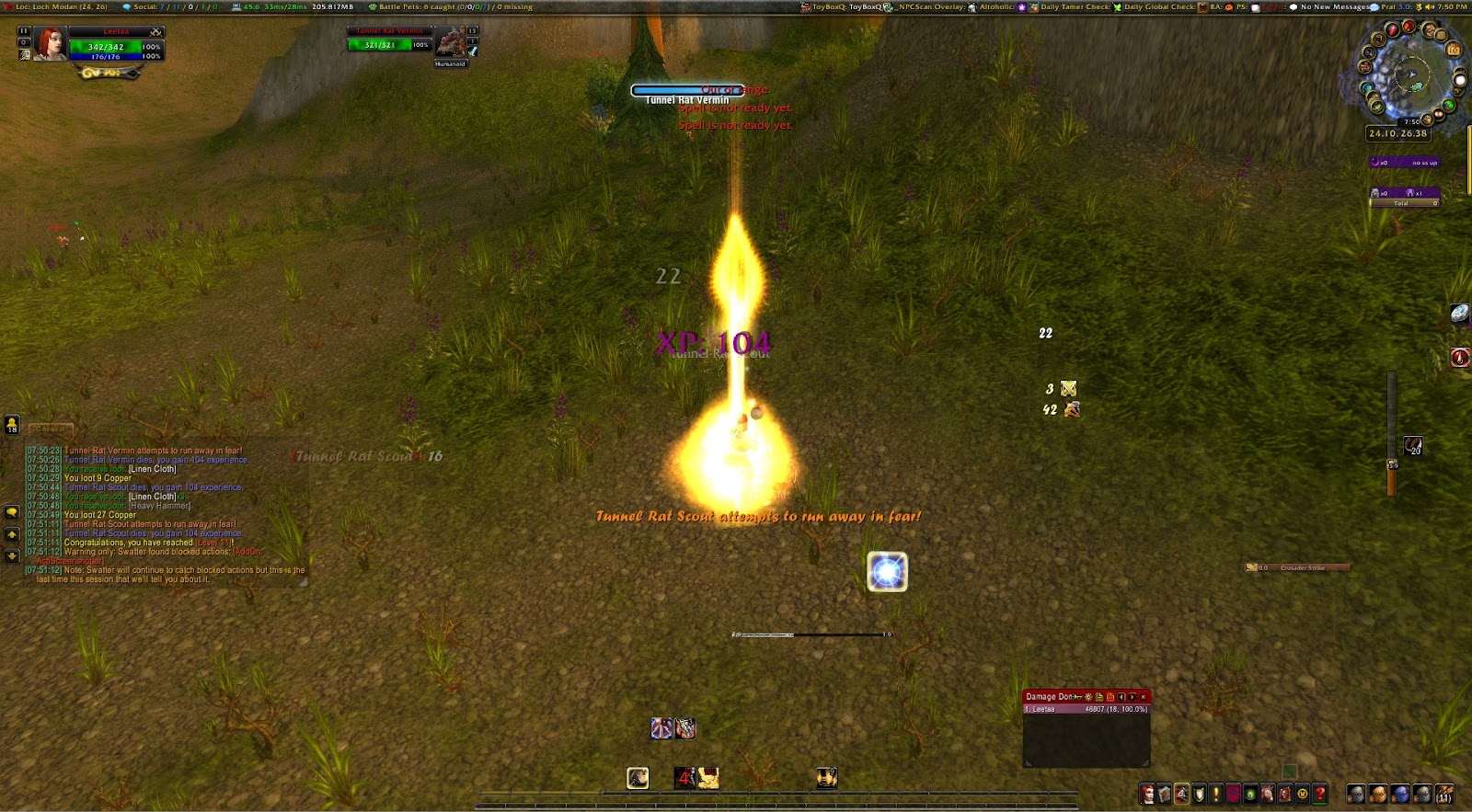 Ding Lvl11!
2/ Mount Runs
Ulduar, ICC, Dragon Soul, Firelands, Throne of the Four Winds - no luck this week!
3/ Timeless Isle - Need A Bigger Bag…
Jakur, Osu and Monstrous Spineclaw have not been kind!
4/ Laughing Skull Rep
Making the most of the DMF Whee buff!
Grinded through 6 bars into Revered!
Finally got the toy from The Protectors!
http://www.wowhead.com/item=119432/botani-camouflage 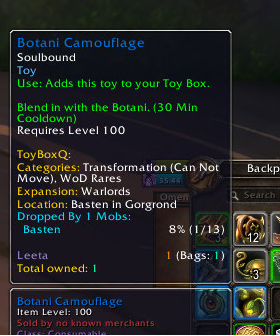 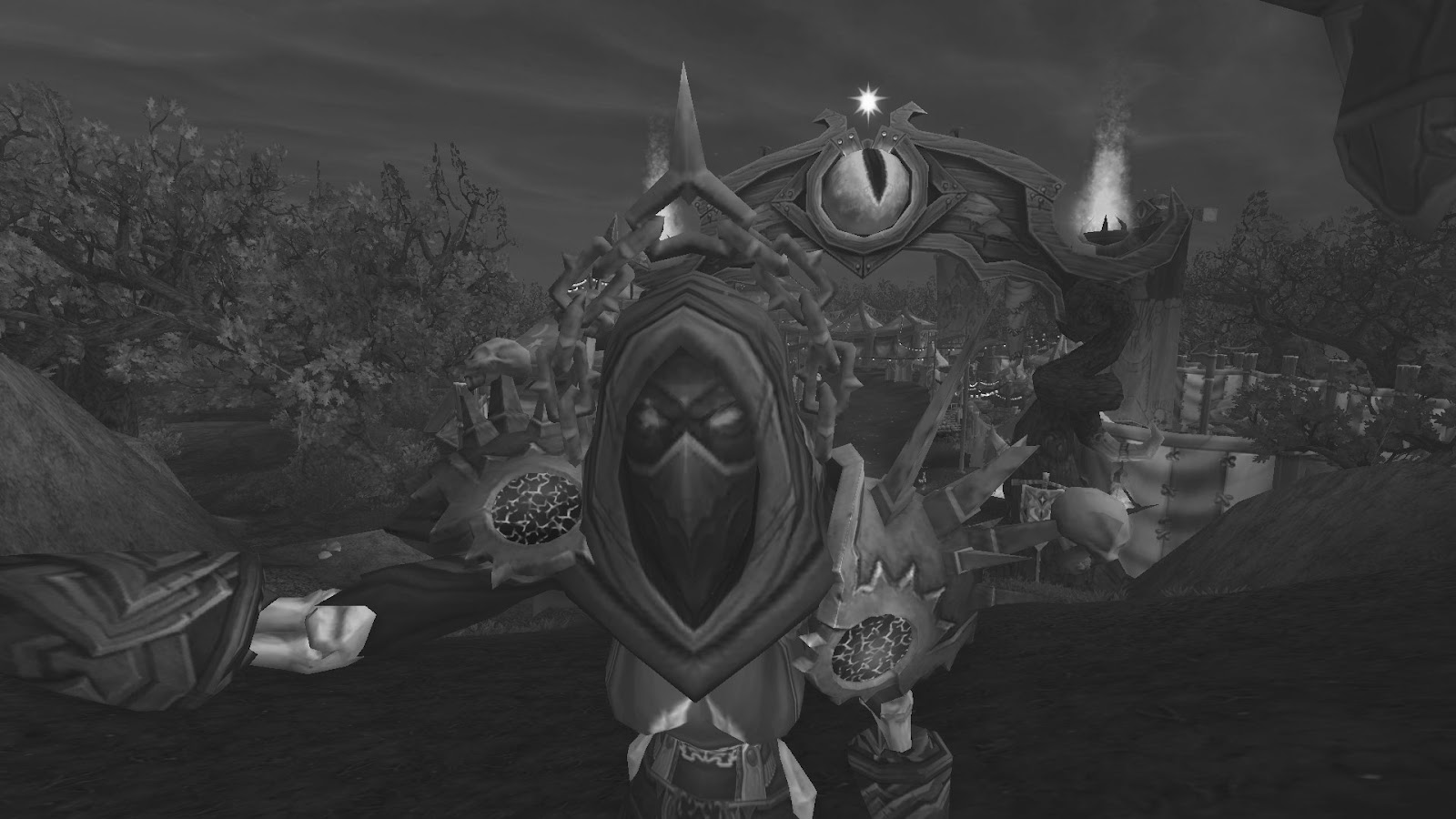 I feel I’m being watched!
I still visit The Weasels everyday! We chat and pet battle ;) 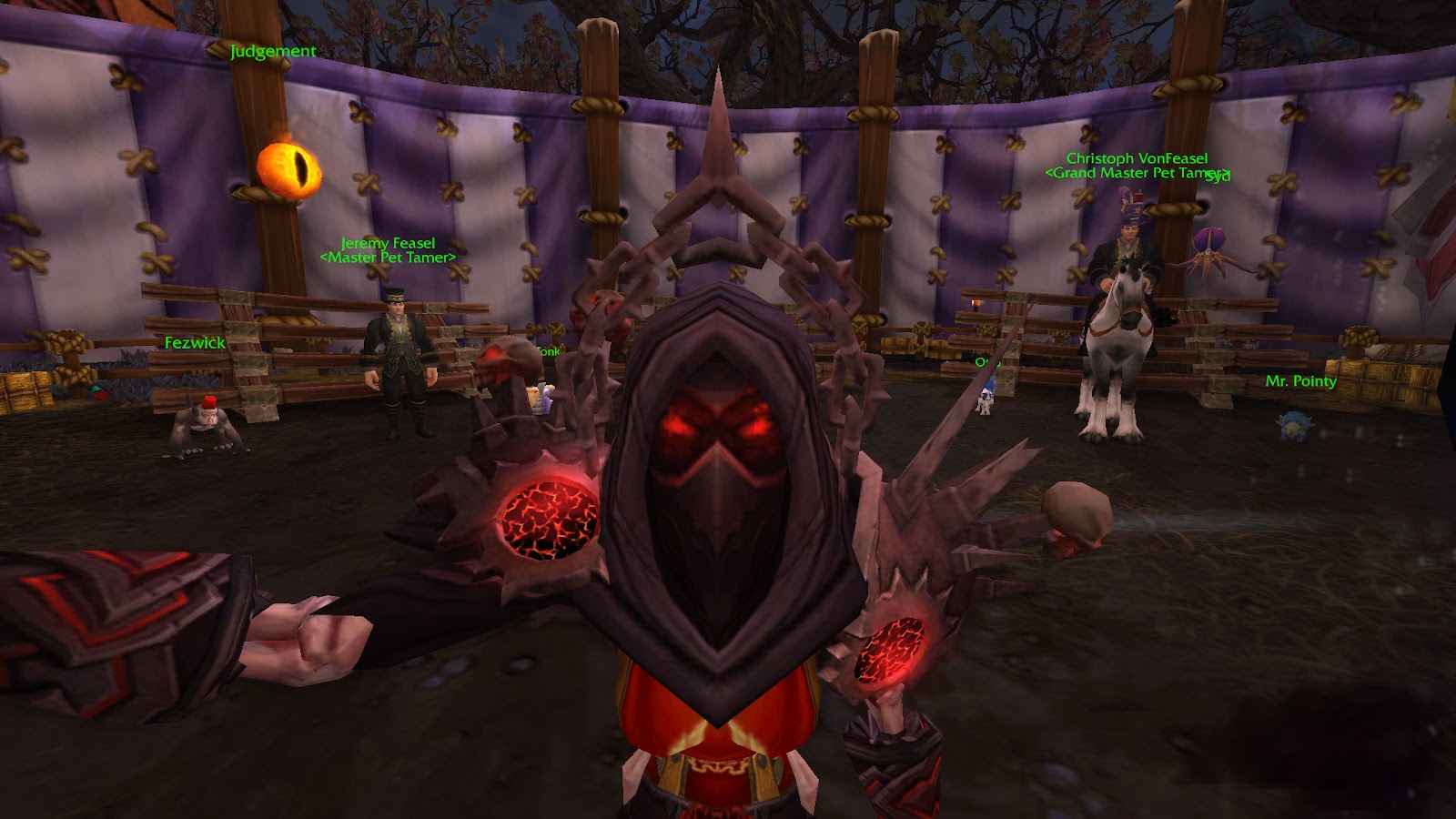 Hanging with The Weasels!
6/ Random Screenshot 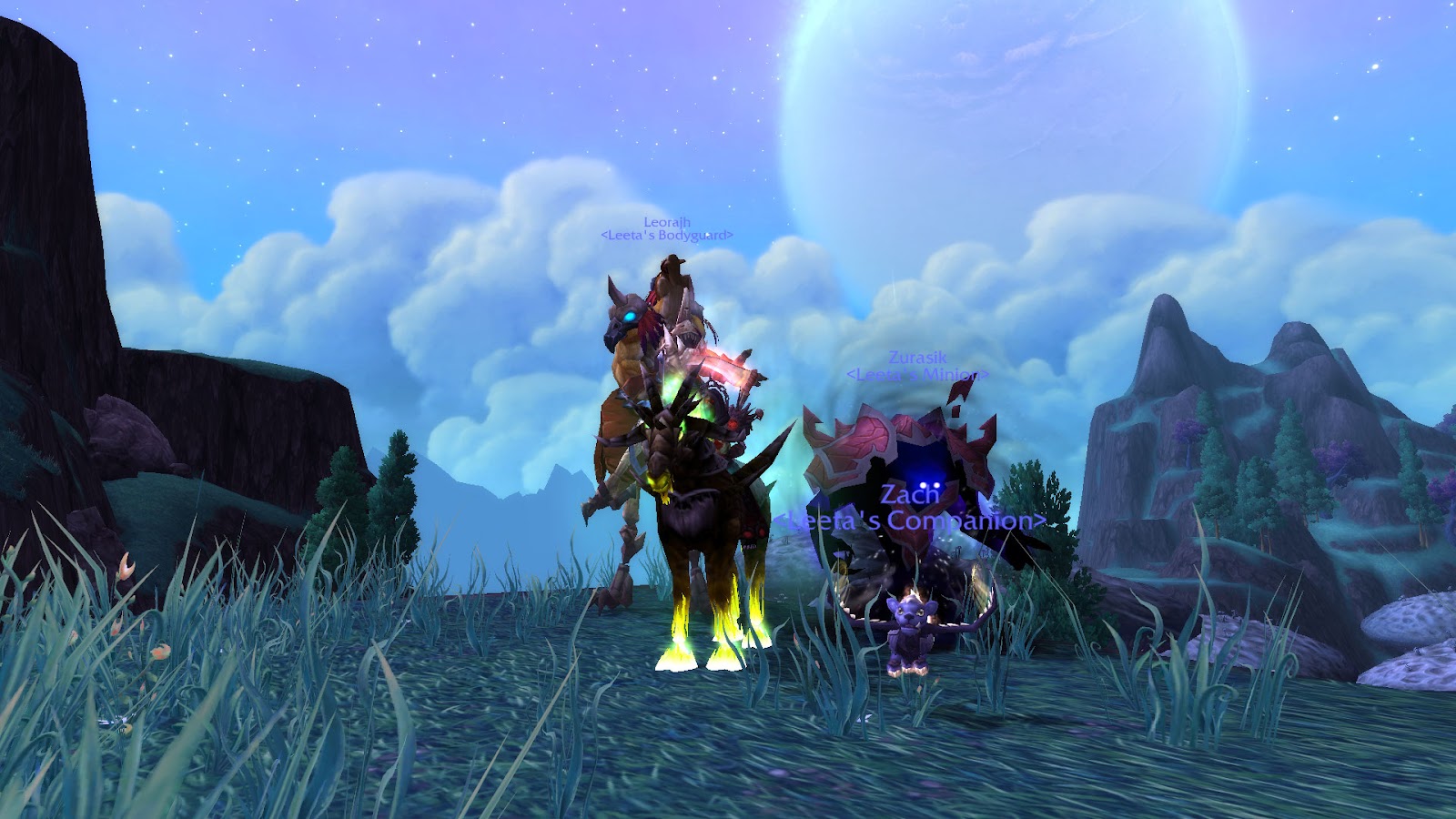 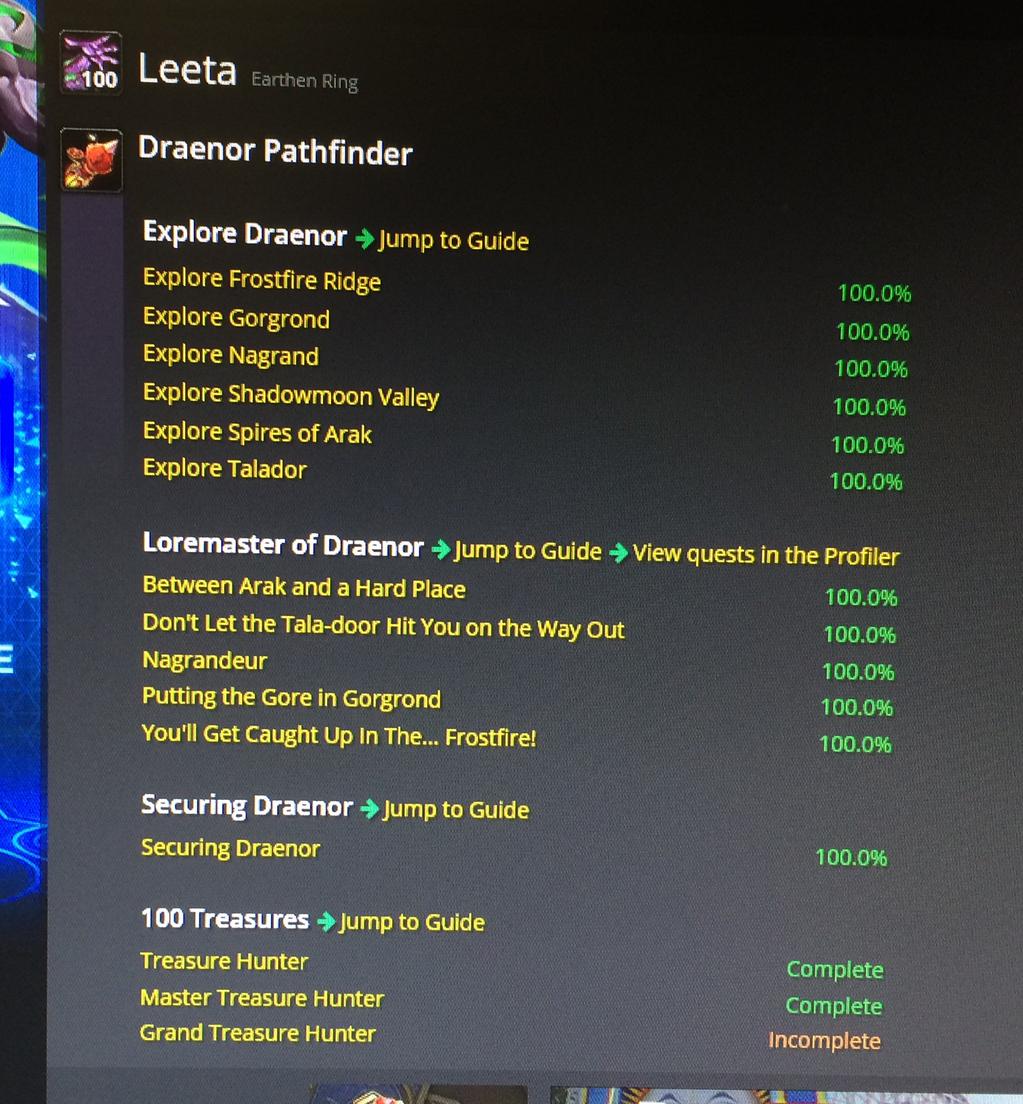 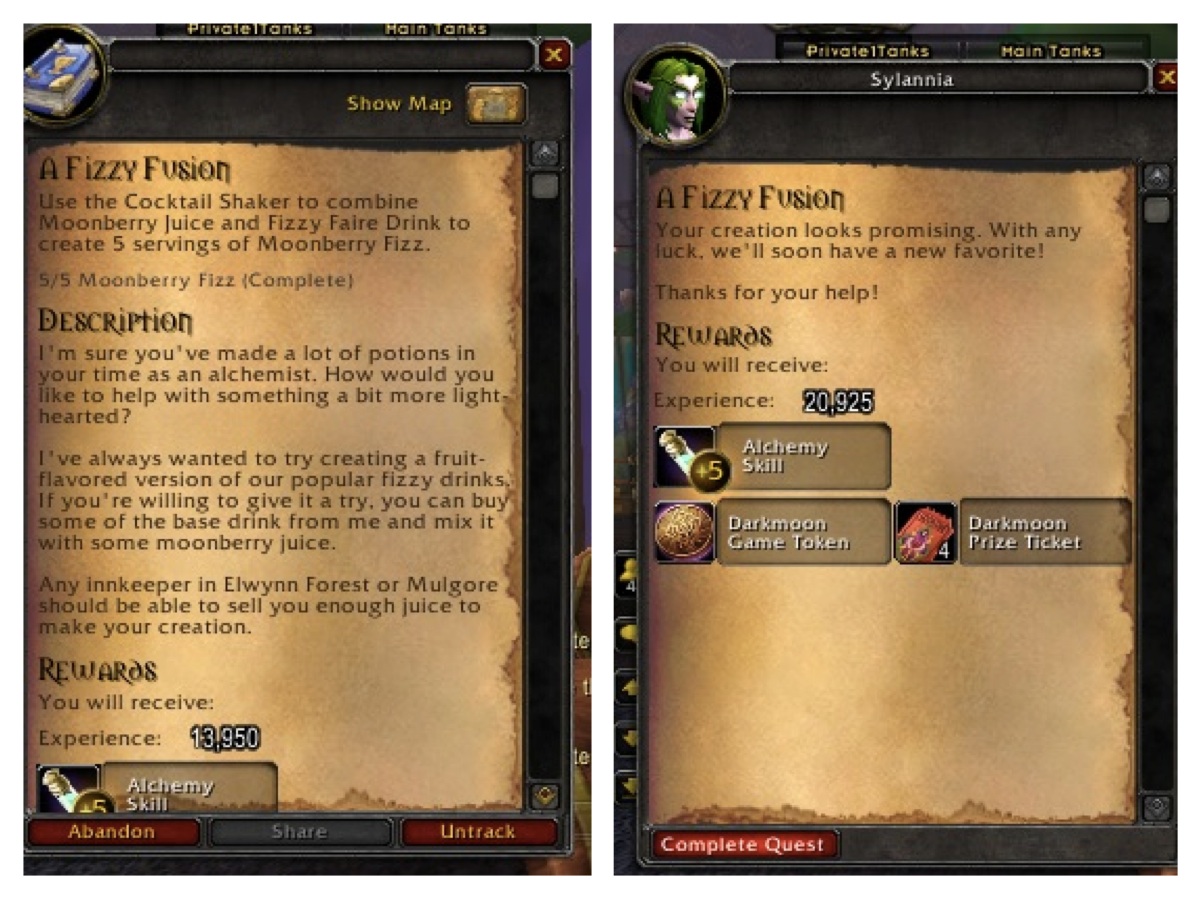 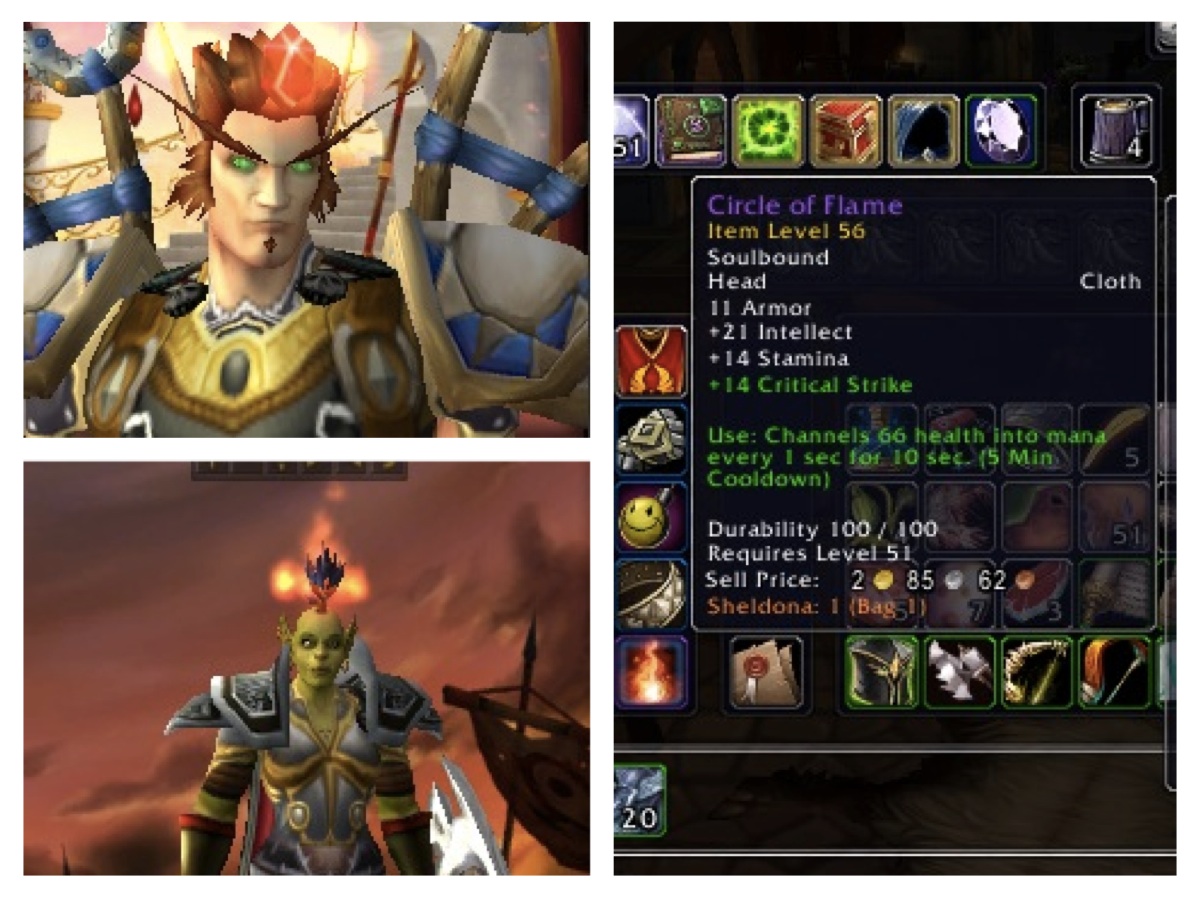 BRD and then outland

Grind to the Skies! (aka Draenor Pathfinder)


Attached is my audio for this week, a little longer than last week's but still hopefully entertaining. Below is Character Screenshot from the Wow site.


For the Horde,
For Lady Sylvannas
And death to Arthas & Godfrey! 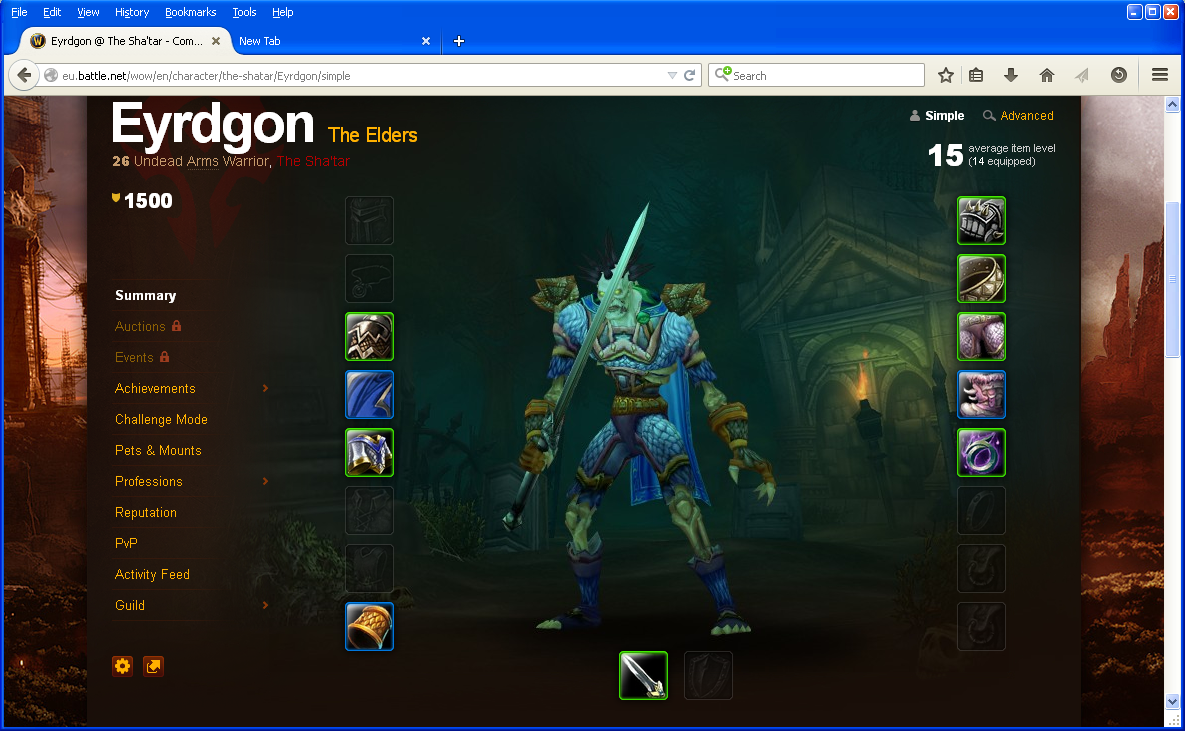 
Hi CaW crew!
Thought I would send in my very first CaW audio. Hope you like it!
Kristen from Twitter


Hope I've just scraped in with submission, apologies for the cutting fine. Also I would like to apologise for the slightly less polished submission it's been a rather eventful evening when somebody scraped along Mrs Grellic and I in the car trying to squeeze through the gap because they were in a bit of a rush. But I was determined to get something in this weeks as I did not last week :(.

Audio segment by Grand Nagus
You can find GrandNagus on Twitter @GrandNagus1, or by email at towerofcommerce@gmail.comwith Grand Nagus


Shout Outs & Thank You
Posted by Aprillian at 4:15 PM