Recorded Friday, June 26, 2015
Aprillian, Leeta and Rogueslayer discuss another week of playing World of Warcraft, Blizzard's greatest MMORPG. The show features audio segments and email submissions from our lovely listeners.
If you want to join the conversations on the show, we have a live chatroom with in-game giveaways moderated by chatroom-chick Marzana. We record every Friday at 6 p.m. EST / 8 a.m. (Sat. Australia’s time), on our Ustream page!
We also have an ongoing contest. Send an email to ctrlaltwow@gmail.com telling us how you play WoW, either as an altoholic or dealing with it in your family life to being placed in a drawing for a WoW Pet or an Authenticator.

Hello darlings!  I hope you're all doing GREAT this week!!! 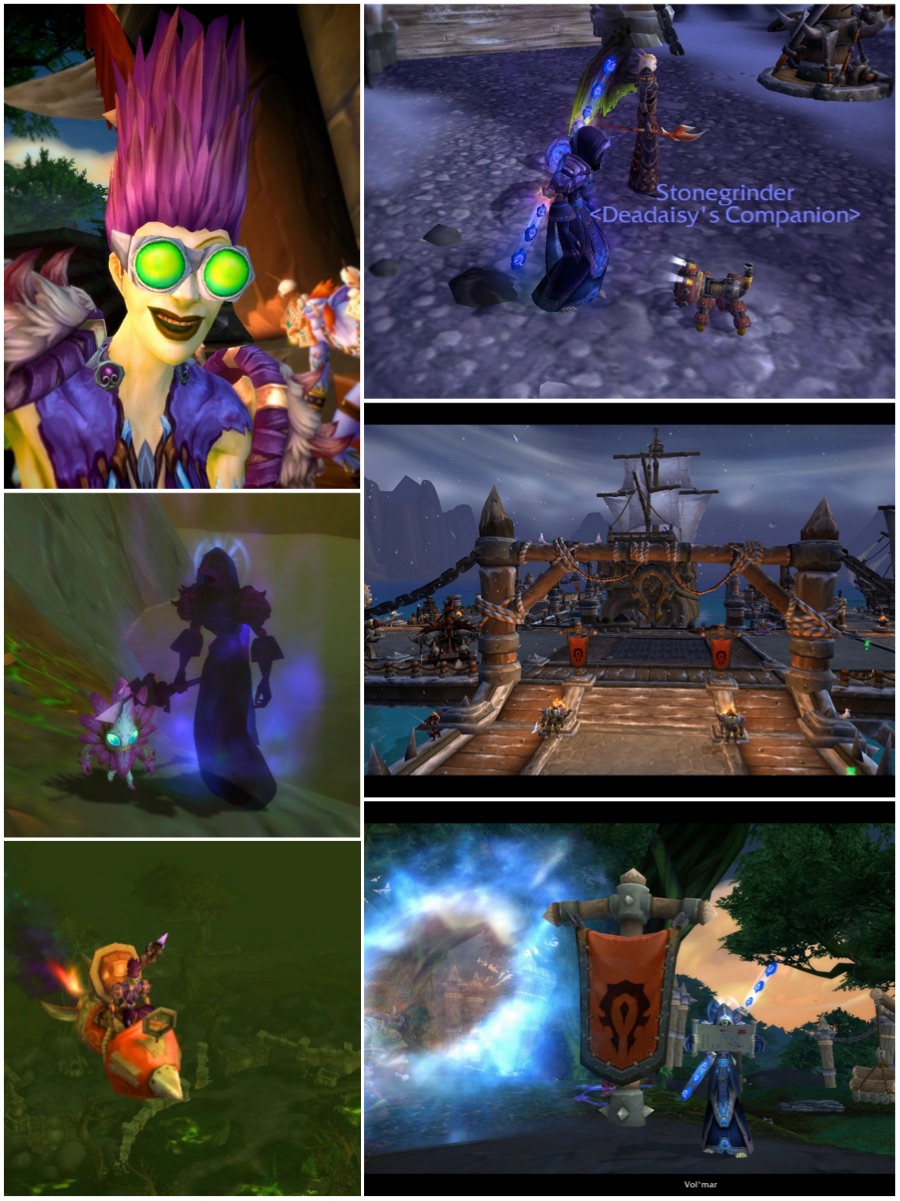 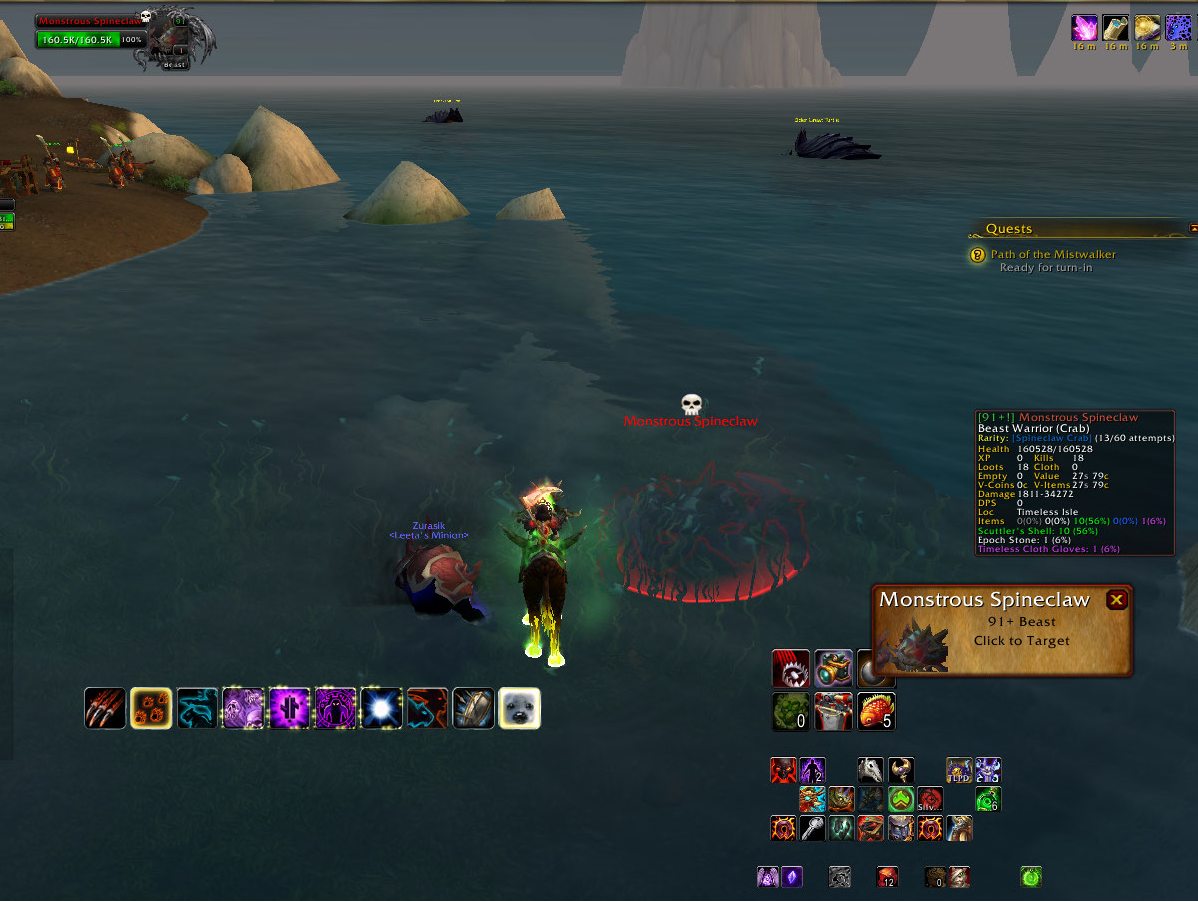 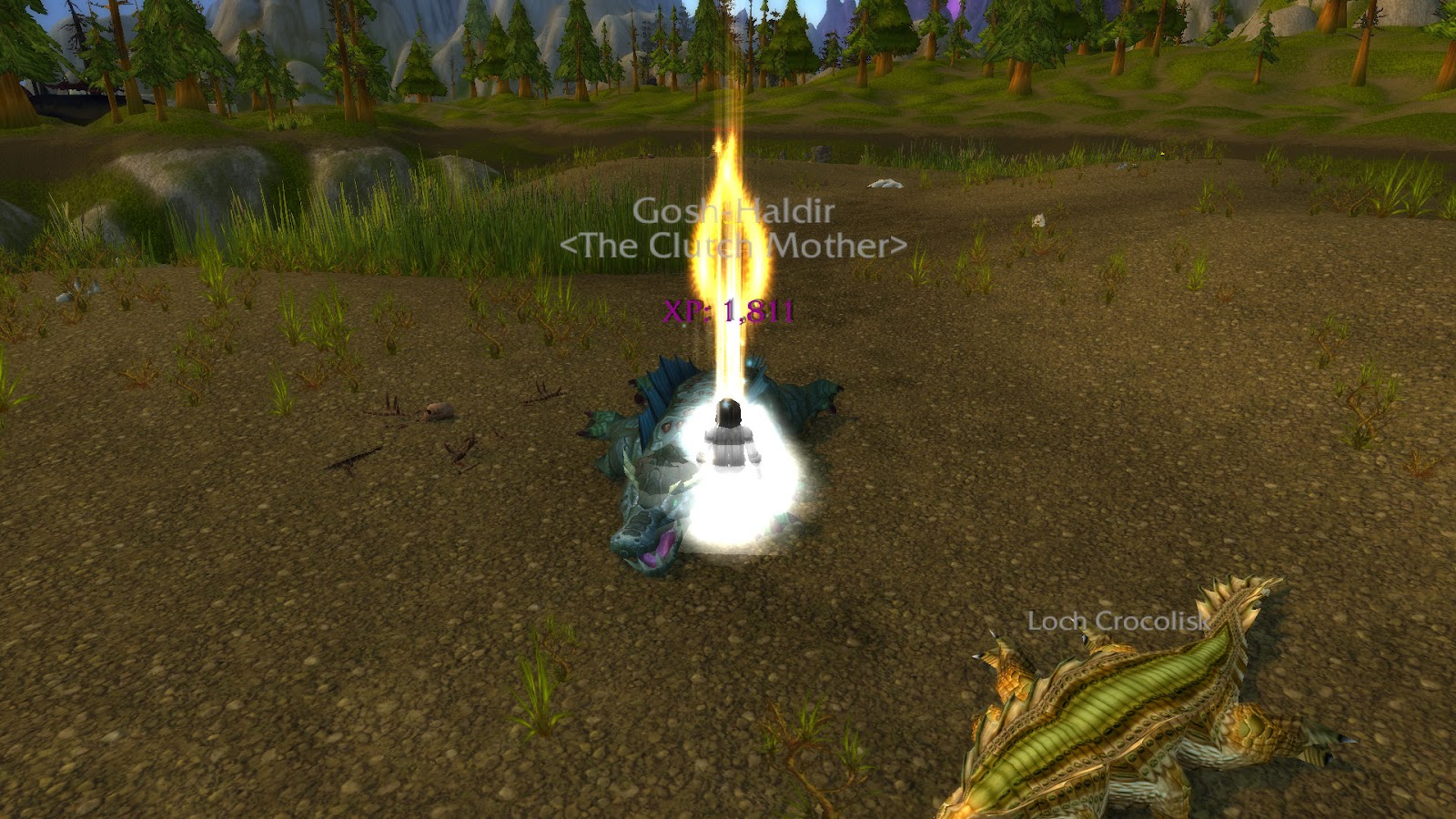 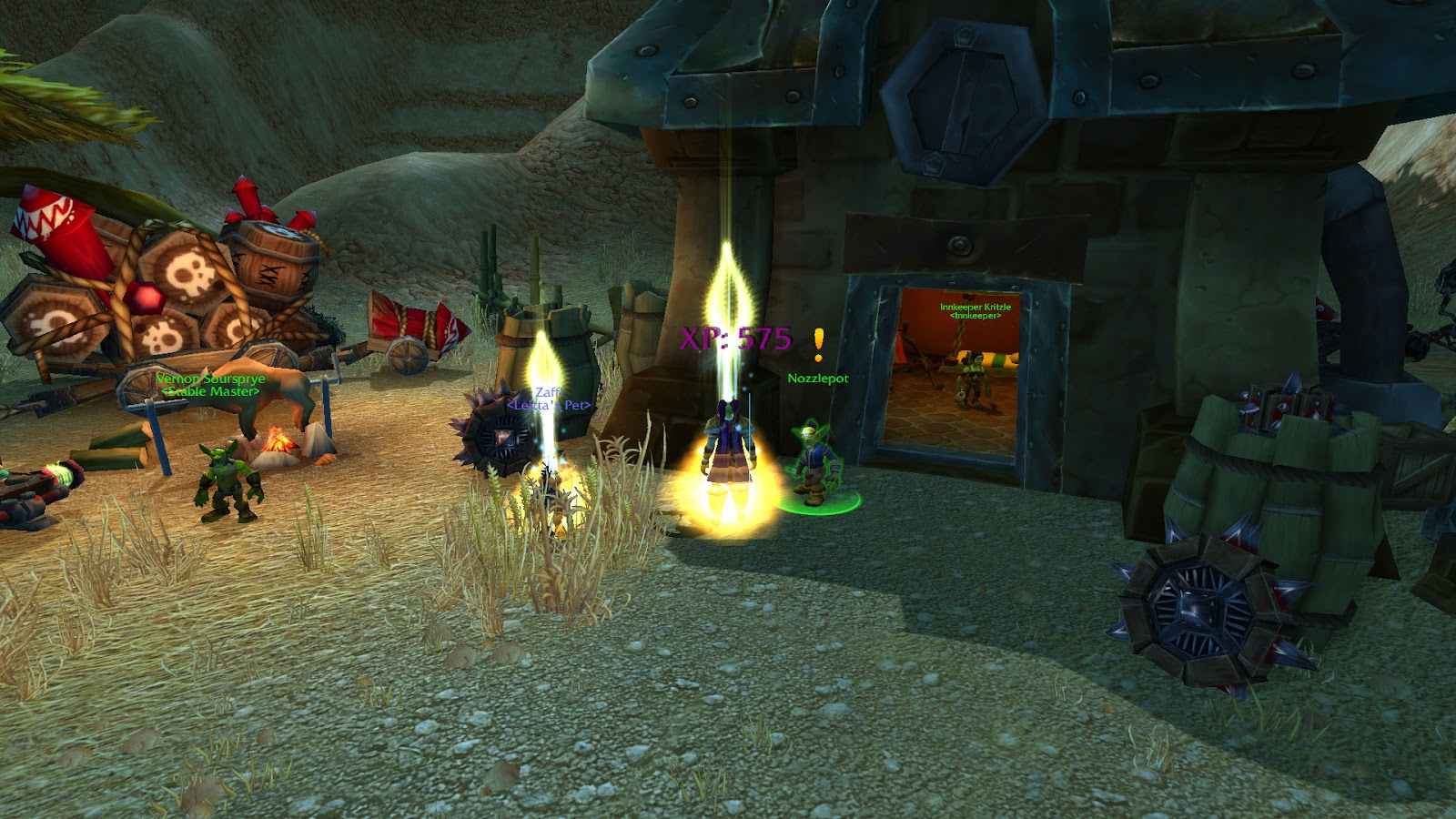 Ding Lvl17!
4/ Midsummer Fires
a/ Firstly who thought it was a good idea to start a world event then the next day have a patch and bring in all this new content?!?!
b/ There is 2 new toys and 1 new pet - need a total of 1200 blossoms
c/ Ahune now drops ilvl670 gear
http://www.wowhead.com/guides/world-events/holidays/midsummer-fire-festival 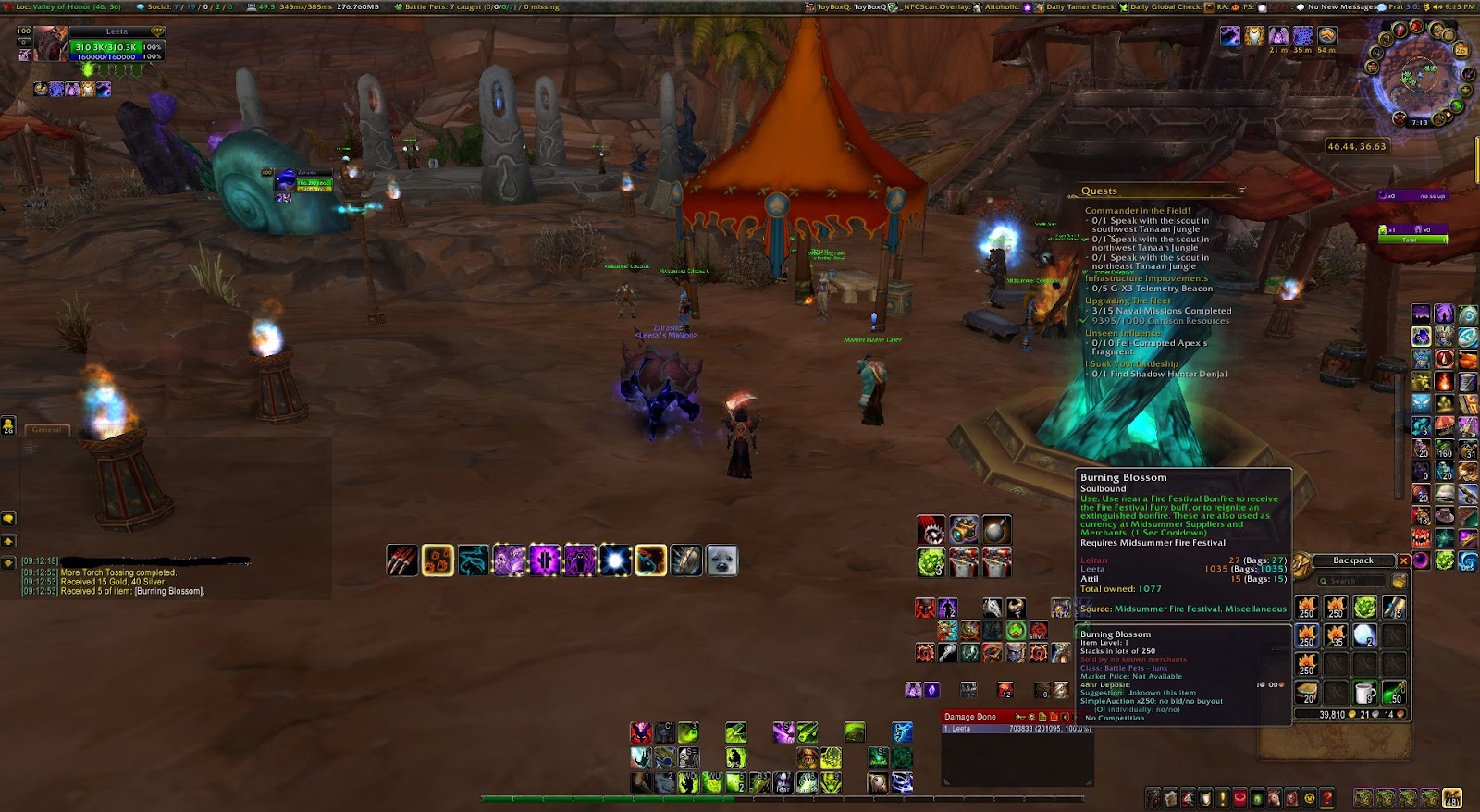 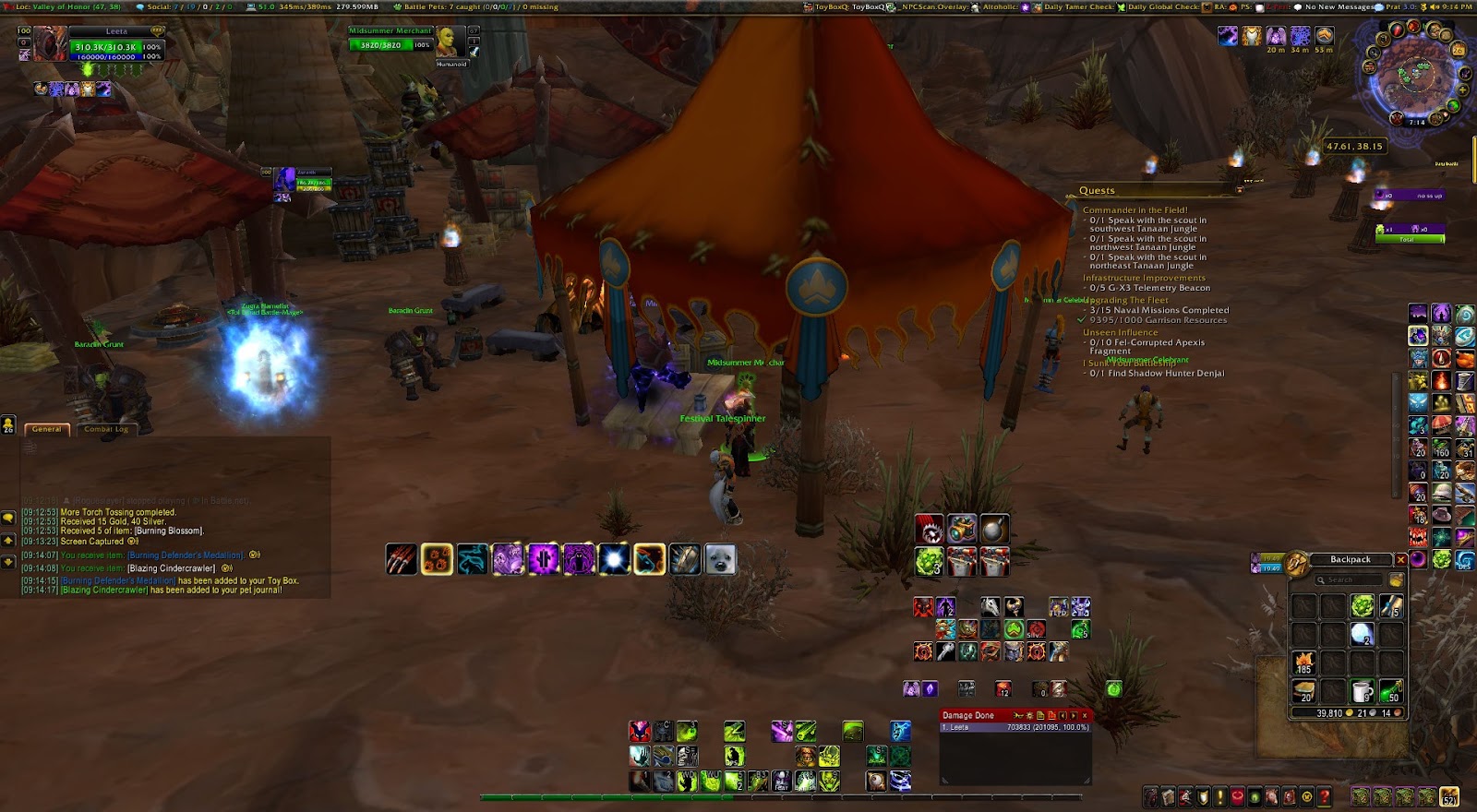 New things! /squee
**Doing a CoD run after the show - 9pm server**
5/ Patch 6.2
I did start the shipyard
I did start some quests to get the first flight path
I did buy myself 2 new mounts coz well… they are so cute! :D 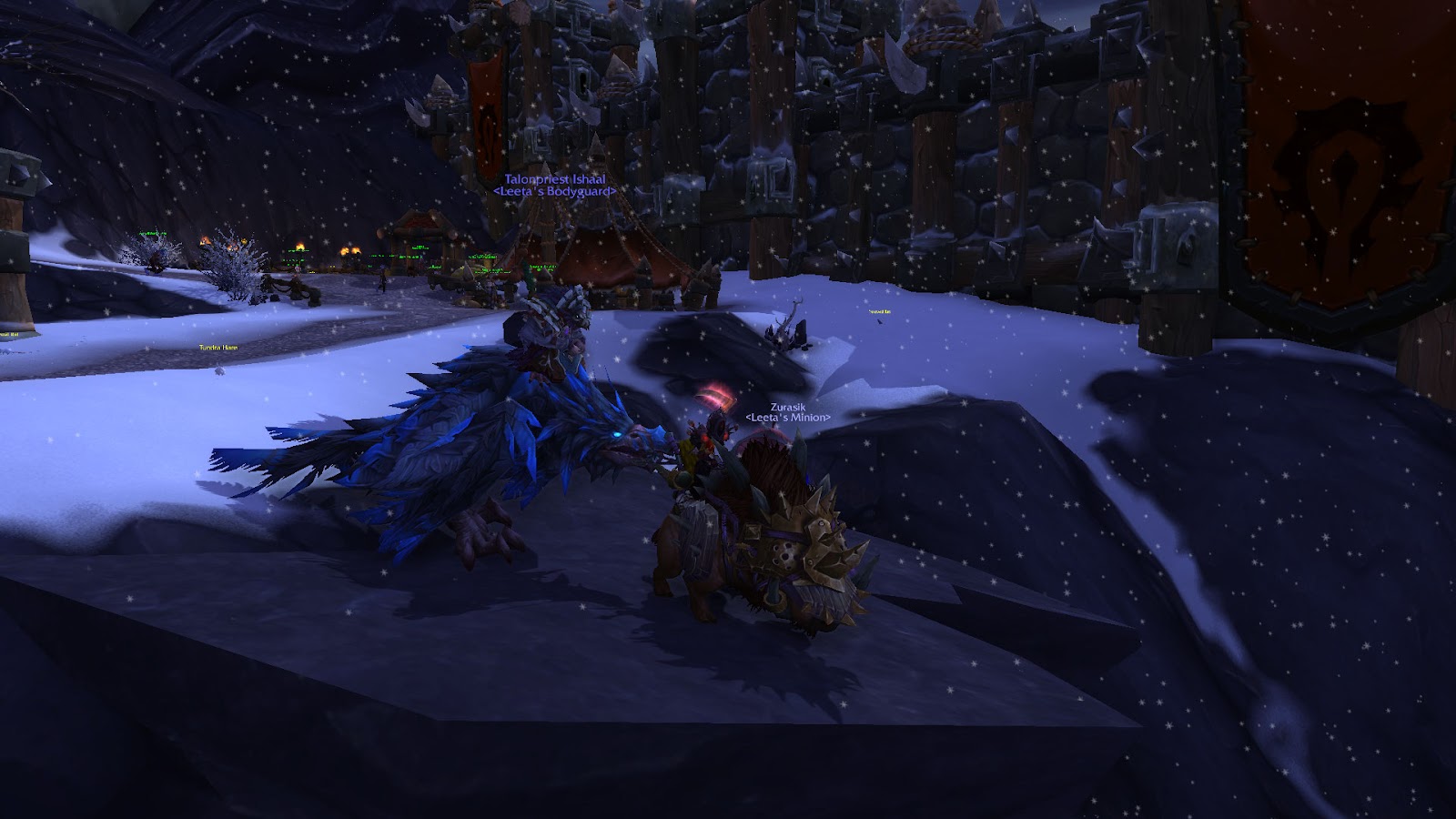 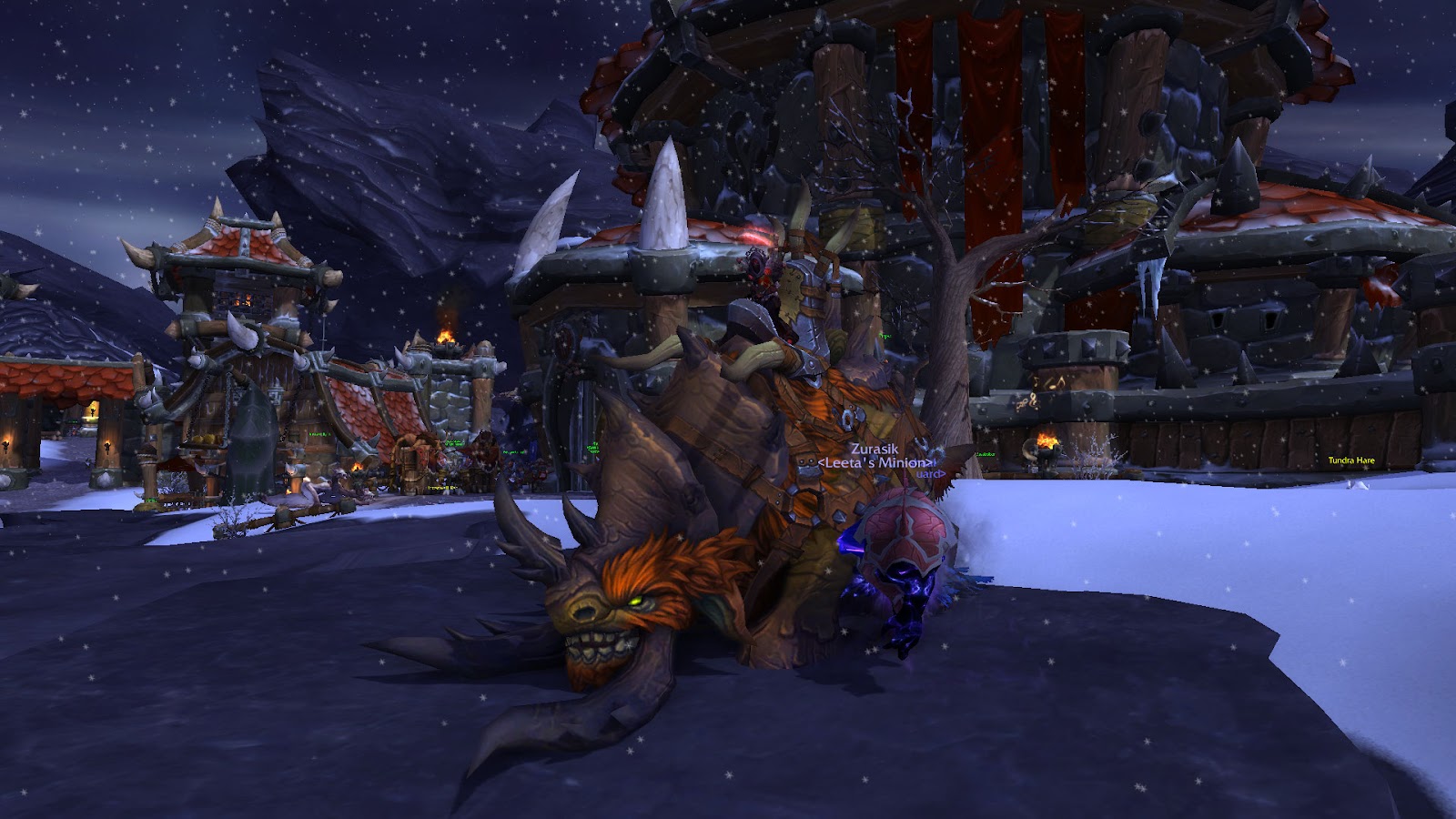 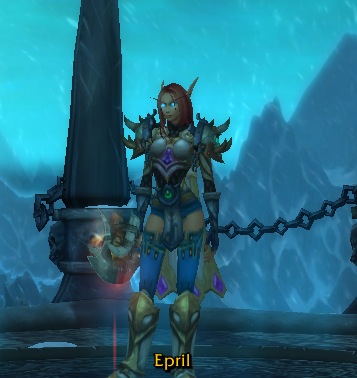 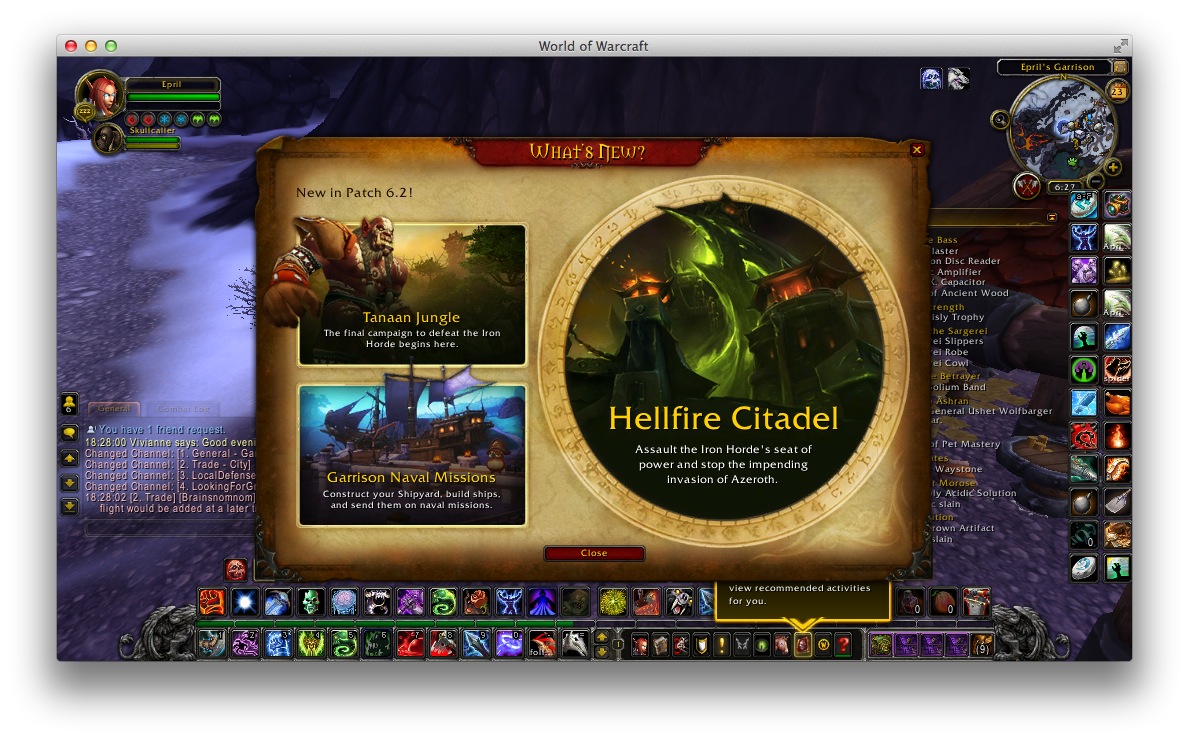 Juuno made me do it
Hello CAW crew,


I know it has been a long time since I have written.  Juuno totally nagged me about it when we did the fun run a few Fridays ago ;-). So here I sit, applying fingers to keys.  I have been working a job that was very demanding on my time, lots of overtime and weekends worked, but we have a break for a few weeks before it starts up again.  So needless to say, my time in game has been a bit limited since January.  I have been keeping up with listening to the podcasts, and look forwards to the Monday morning boost and hearing all your familiar voices.


I finally got all of my level 90's into garrisons.  That is 16 garrisons now.  Mostly, I have them just gathering resources for when they can level up.  I put in the trading post so I do not lose resources.  Most days when I do get a little time to log in, I just run the daily pet battles in the level 3 garrisons, send out followers on missions, and call it good.  Looking forwards to having weekends off for a while, and finishing up a few things on Duvessae. I just need one more Securing Draenor daily, and I will be set for flying.  Since the patch dropped, I have been working on getting the shipyard up and running, and opening up Tanaan


That is all for now, don't have a lot to report at this time.


For the Horde, and Burning CAW: Vegas!


Kristen's LONG audio
Hi CaW crew!
This audio is a bit longer than usually, so I hope that’s alright. I didn’t mean to go so long, but the time just flew by!
Big hugs,
Kristen


Warning. In game mail nerf
This is a heads up in case you like many of us send stuff through in game mail.
If you don't retrieve your mail in 30 days the mail will no longer bounce back to sender. It will be deleted and unrecoverable.
There was nothing in the patch notes about it and although it is a minor nerf, I am occasionally guilty of letting mail bounce if I don't feel like searching through all my alts.
I don't think I am alone.
Alisaunder


By fire be purged
So no audio this week from the Big G as I am still away from Esperance I am headed back Sunday but I suspect next week will be consumed by Batman so let's see what have I done this week. Well I have done many runs up to try and tame the caged raptors they are slowly working out that I may serve a purpose other than large angry food. Had a quick trip to Perth went to my nieces pediatrician (Kid doctor) they had a magnetic word board so of course I placed many dirty German words upon it. The sister in law suspected what I done but it looked like gibberish to her when I told her she was mortified. I got Krispy Kremes so life was good and today I got to burn things. So this week has been Blizzard free but still found ways to have fun also managed to ring myself with 16 foot flames lucky I found a narrow spot and got to act out the Scene from terminator 2 unfortunately I lack that chrome look. 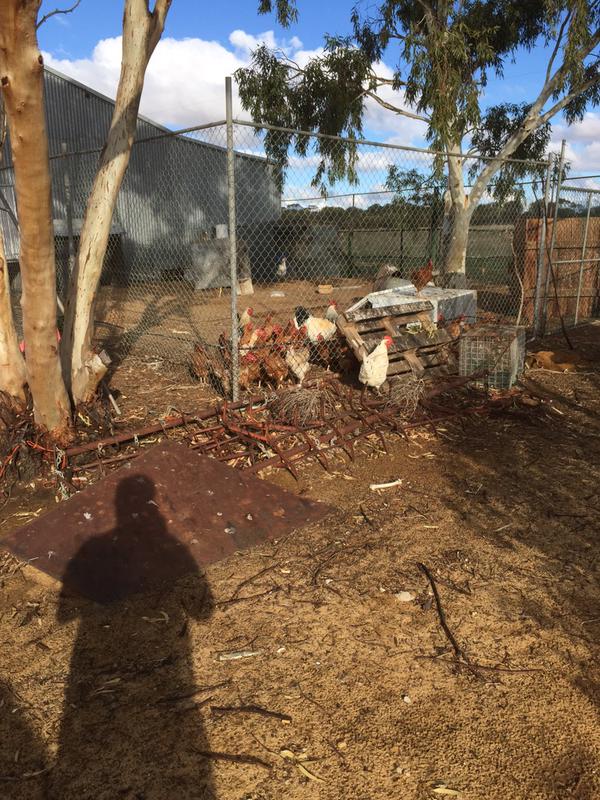 
So for the horde


Attached is my audio for this week. Been a busy one but created yet another new alt. (Image of Terrofina below)


For the Horde,
For the Dark Lady,
For Hunters and camping rares! 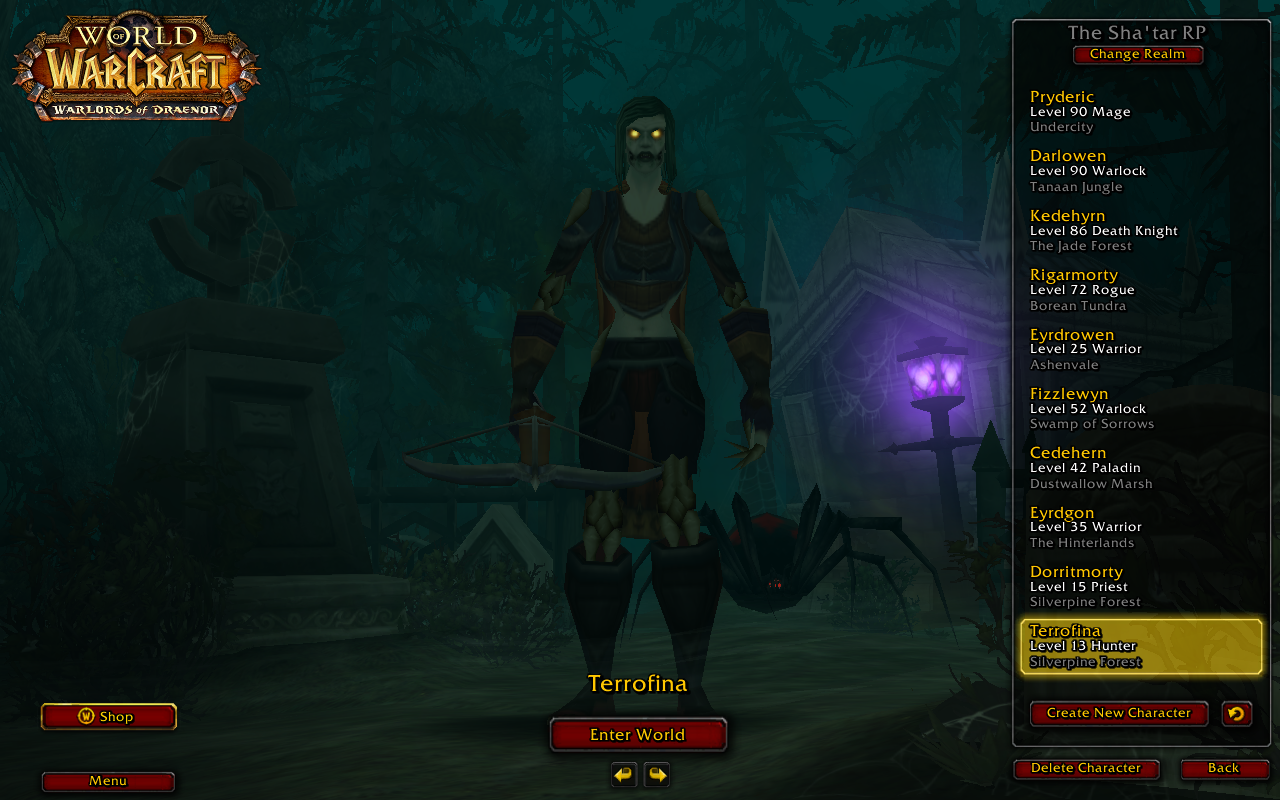 
Chatroom Giveaways to all present!