I hope you're all doing GREAT this week!

1/ Clan of Darkness Achievement Achieved!!
Big thanks to all guildies! Awesome job!


3/ Ironleeta - Troll Warlock - Lvl16
Went to Rachet and picked up all the quests then headed down to The Merchant Coast. 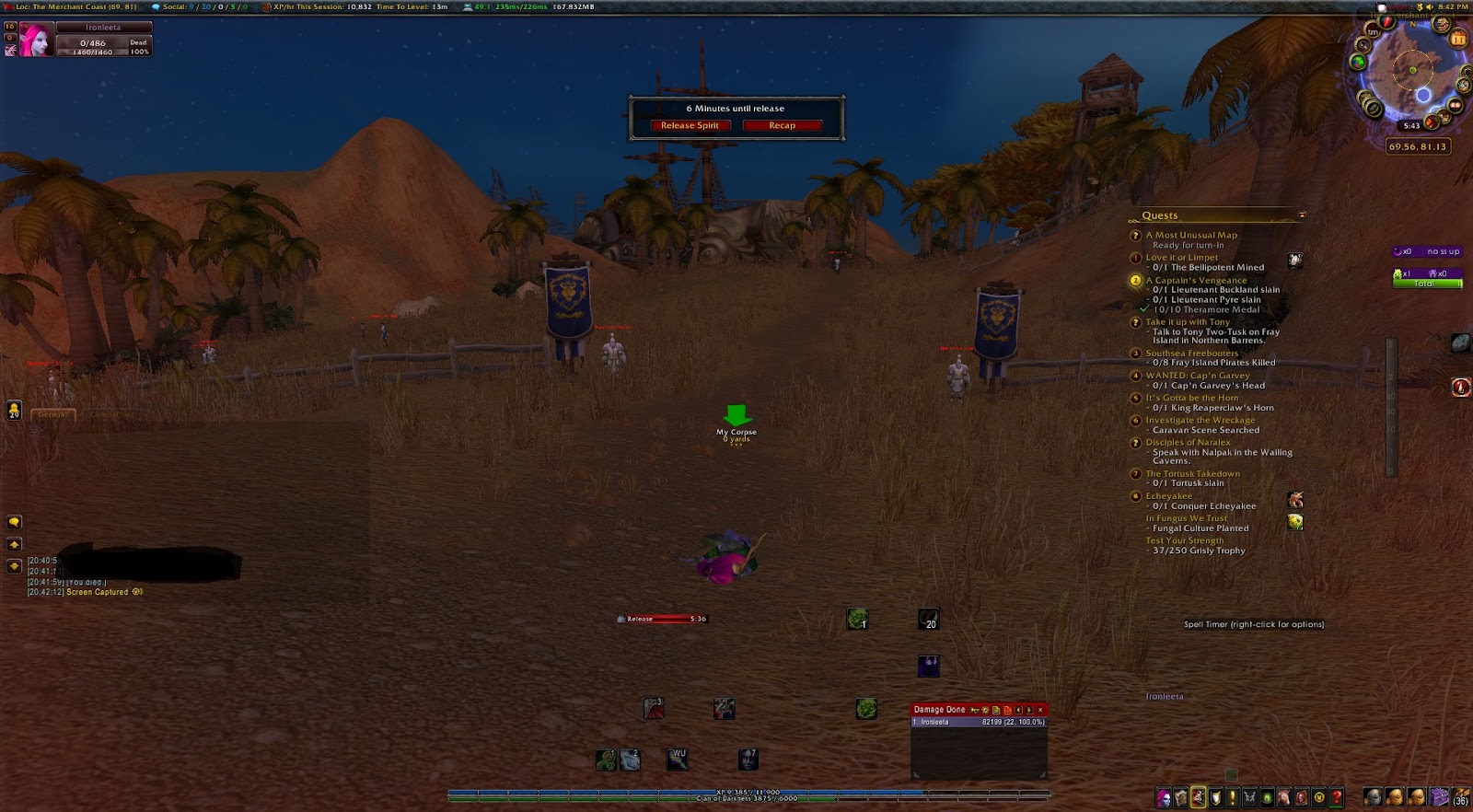 
It has been awhile since I lost one so it stung for about 10mins then I picked myself up and got on with it! 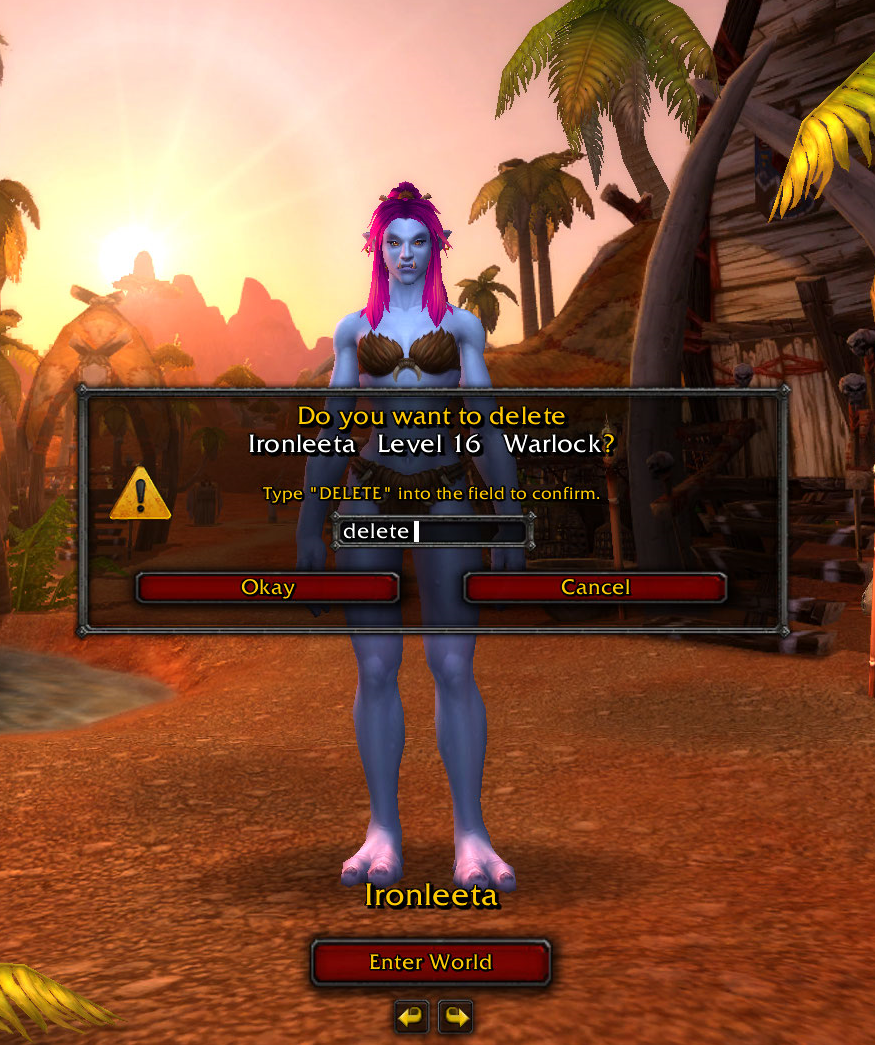 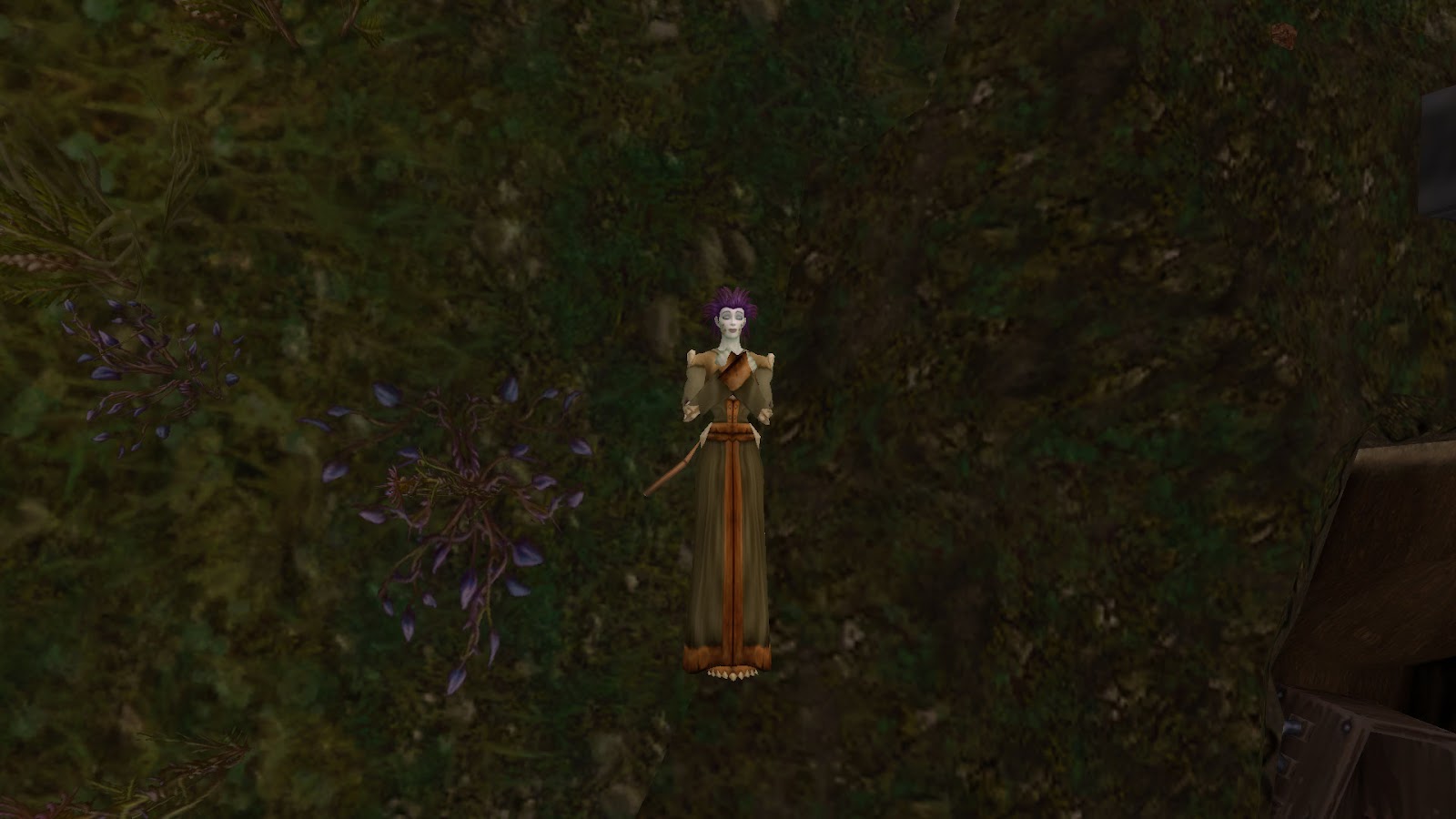 
Questing in Tirisfal! Always feels like home! :)
** 1 thing I have noticed is people pushing in and stealing quest turn ins** 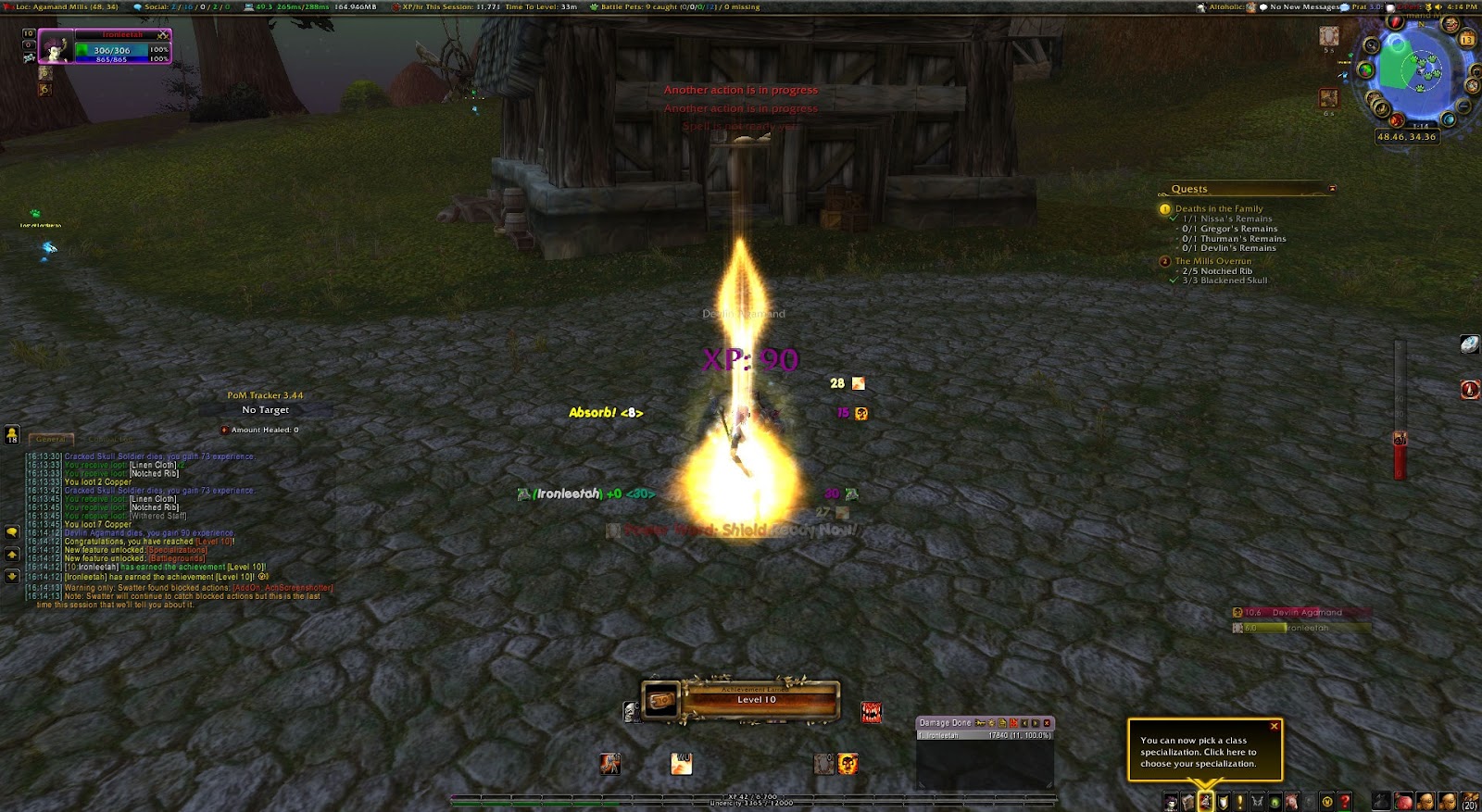 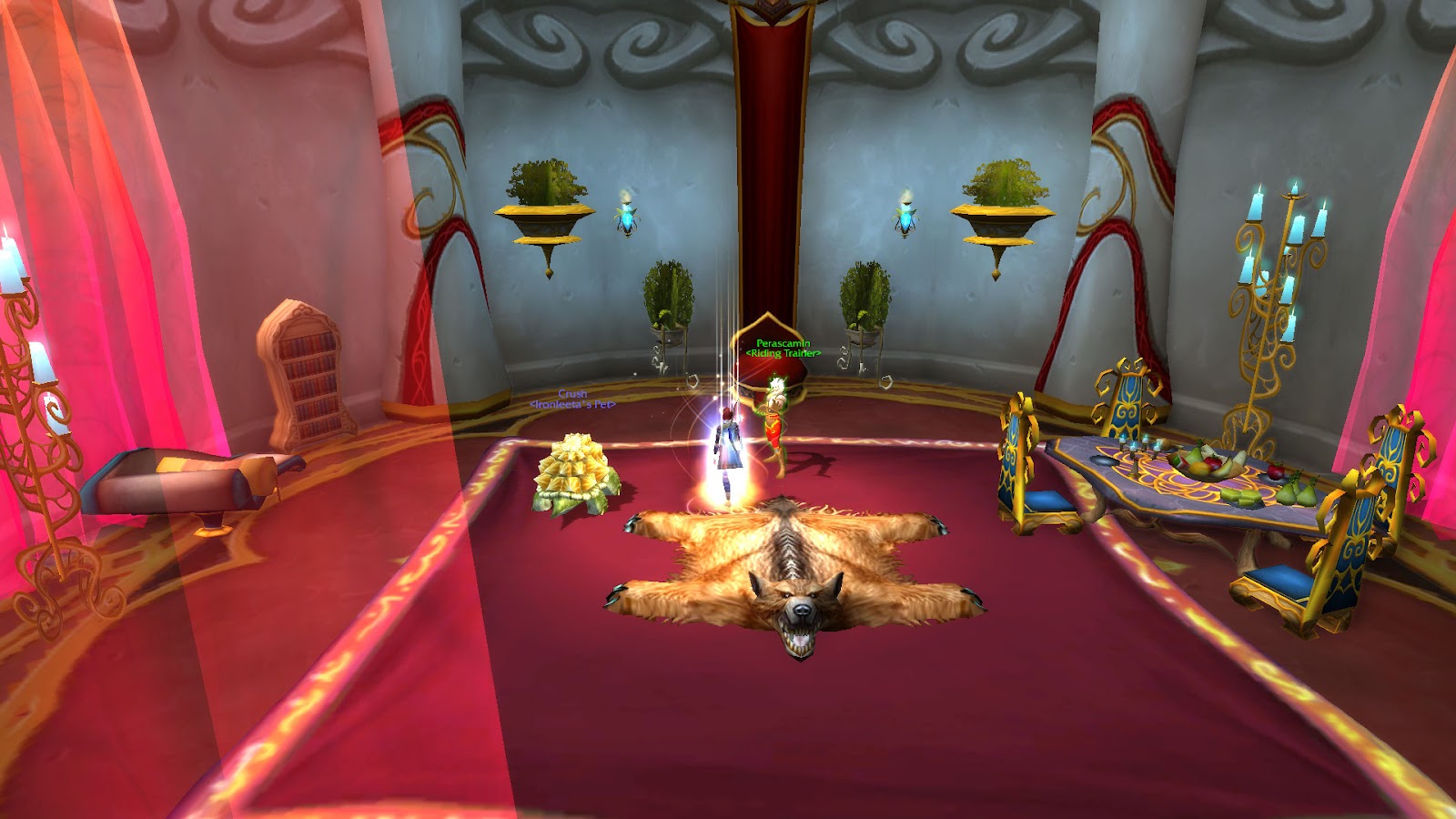 Take Me to the Hawkstriders!!


Headed over to Blood Watch and killed bears and furbogs just outside the town!


7/ Ironleita - Tauren Pally - Lvl13-14
Questing in Azshara as been awhile since I have done this area. 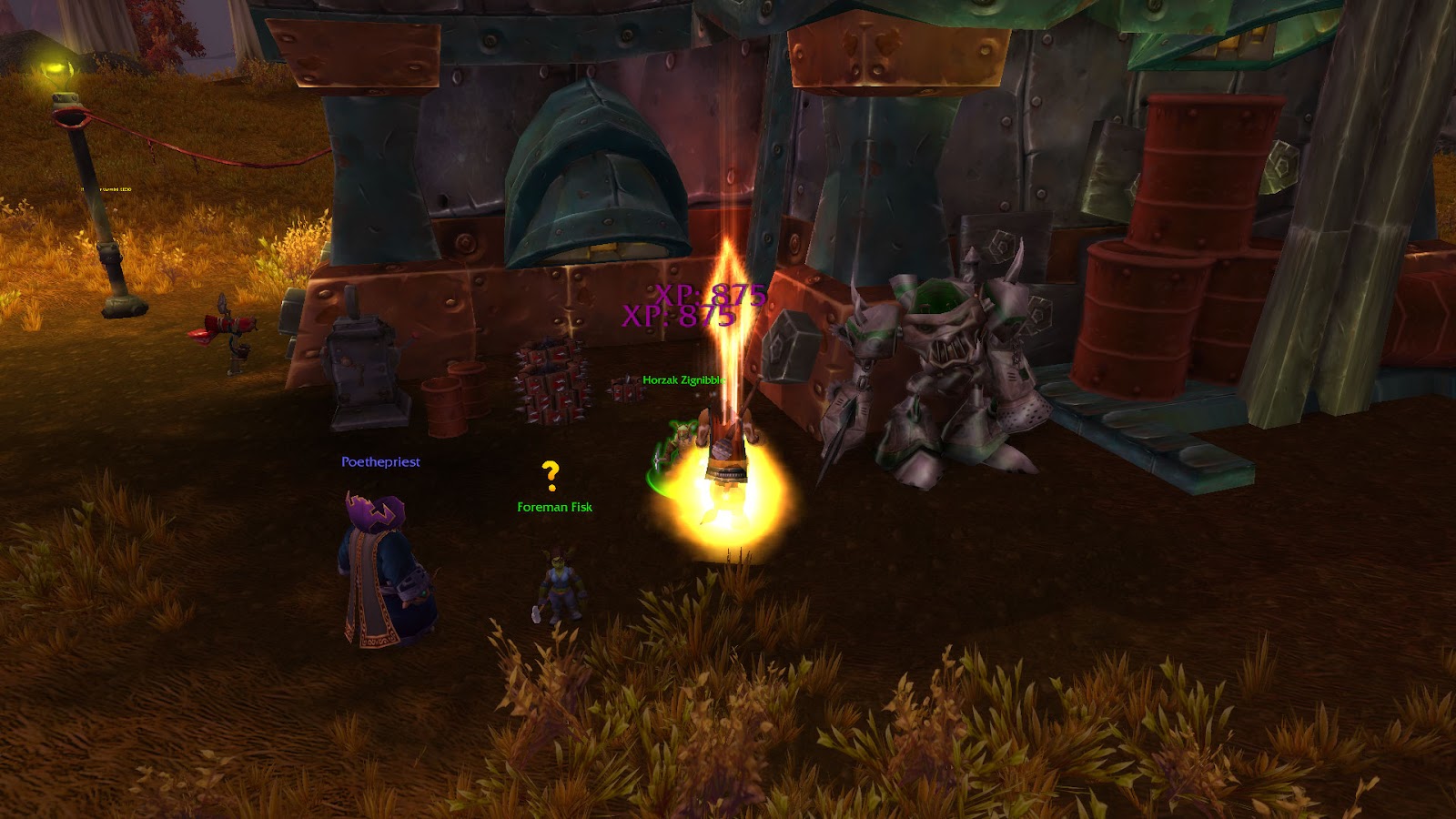 
8/ Ironleetar - Dwarf Warrior - Lvl7-10
Questing in Dun Morogh is fun!
However I found the quest (Rogueslayer mentioned little while ago) but did not realise it was THAT quest until I nearly died!!
http://www.wowhead.com/quest=25839/the-ultrasafe-personnel-launcher
Parachute opened about 10 feet off ground!!! ***heart failure*** 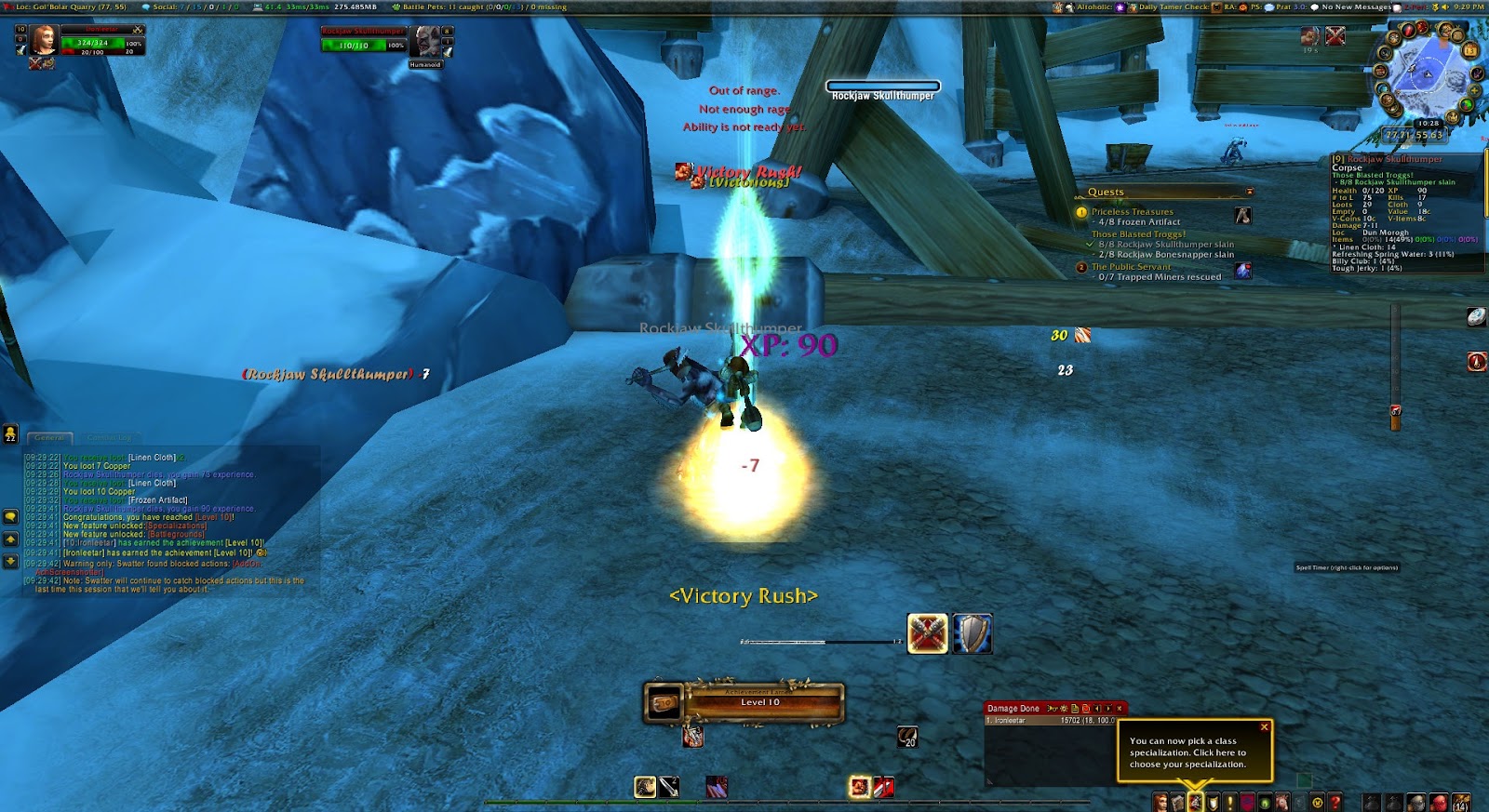 
9/ Ironleetah - Undead Monk - Lvl20-23
Headed back to Silverpine then into Hillsbrad! 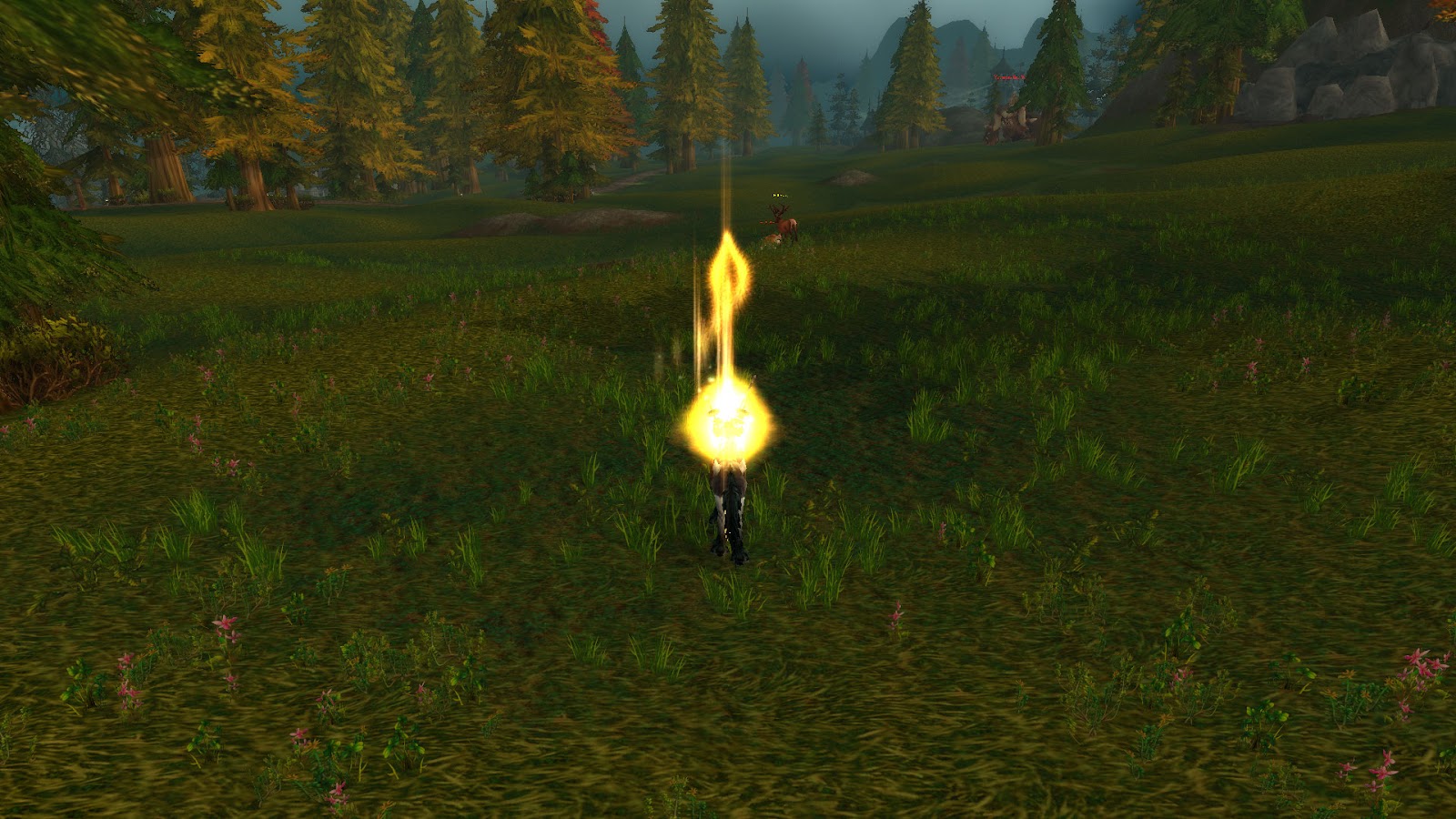 
Stats as per Warcraft Pets that I started on:- 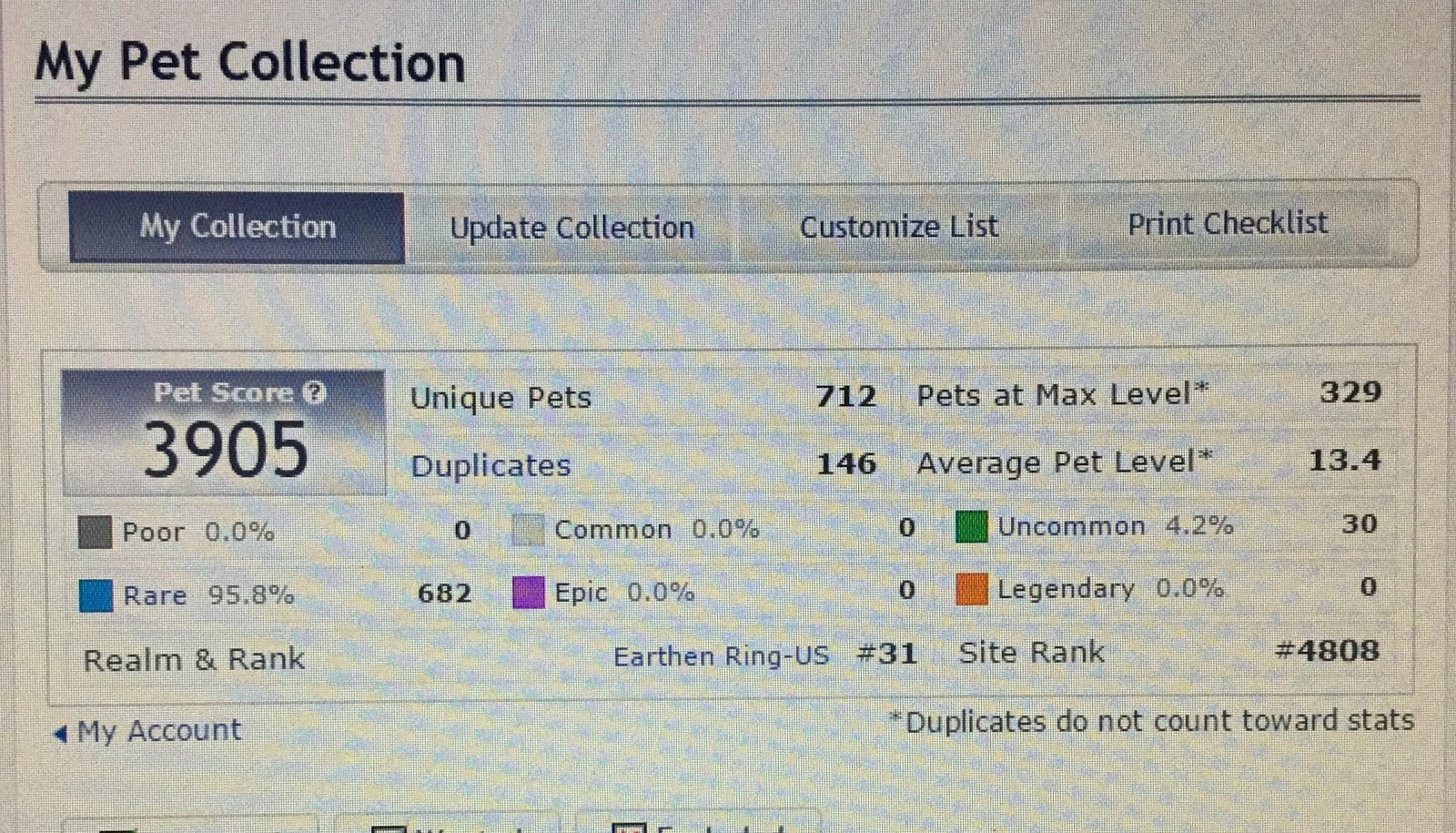 So after 2 hours of battling Squirt - using both pet treats and safari hat - I ended with :- 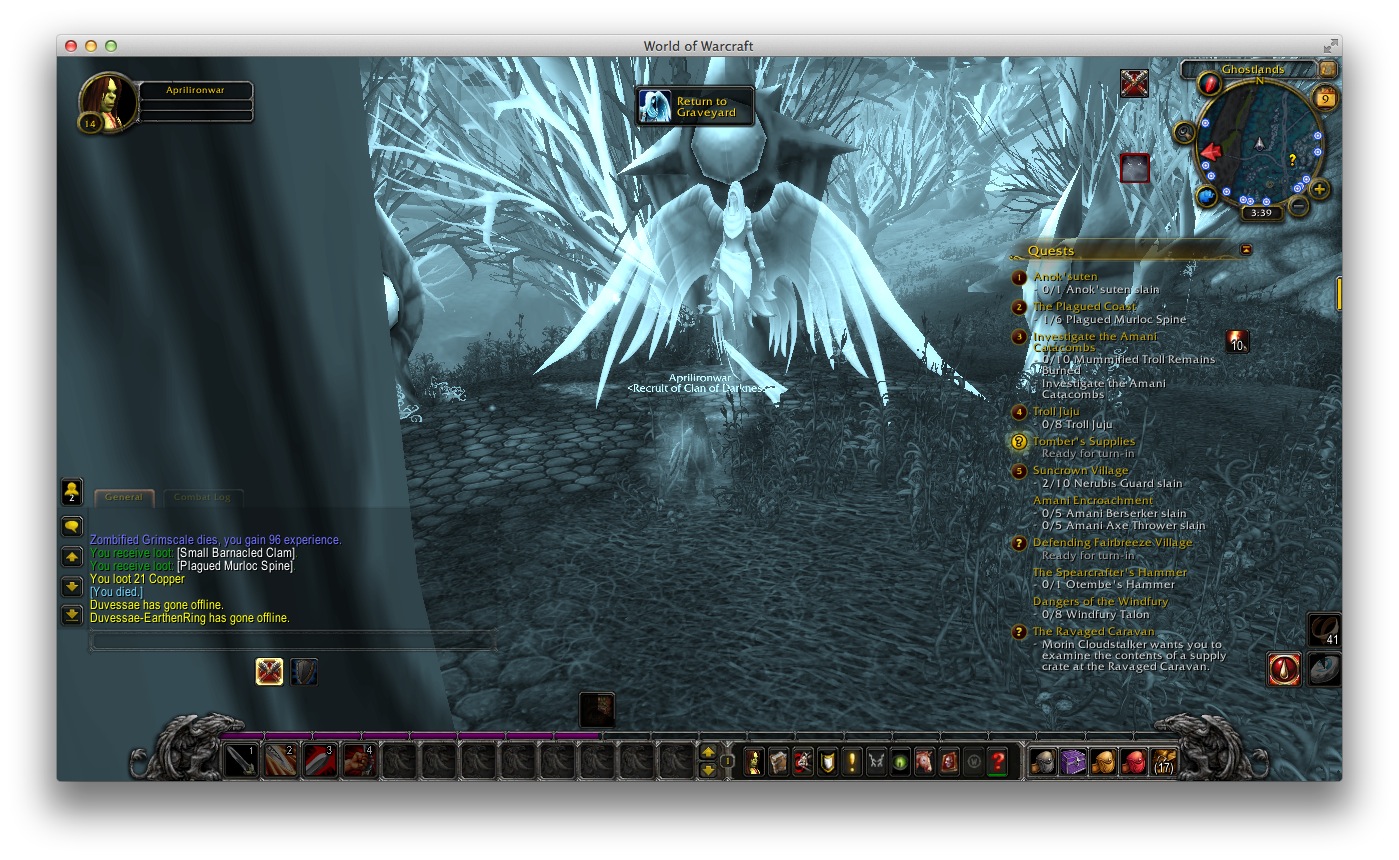 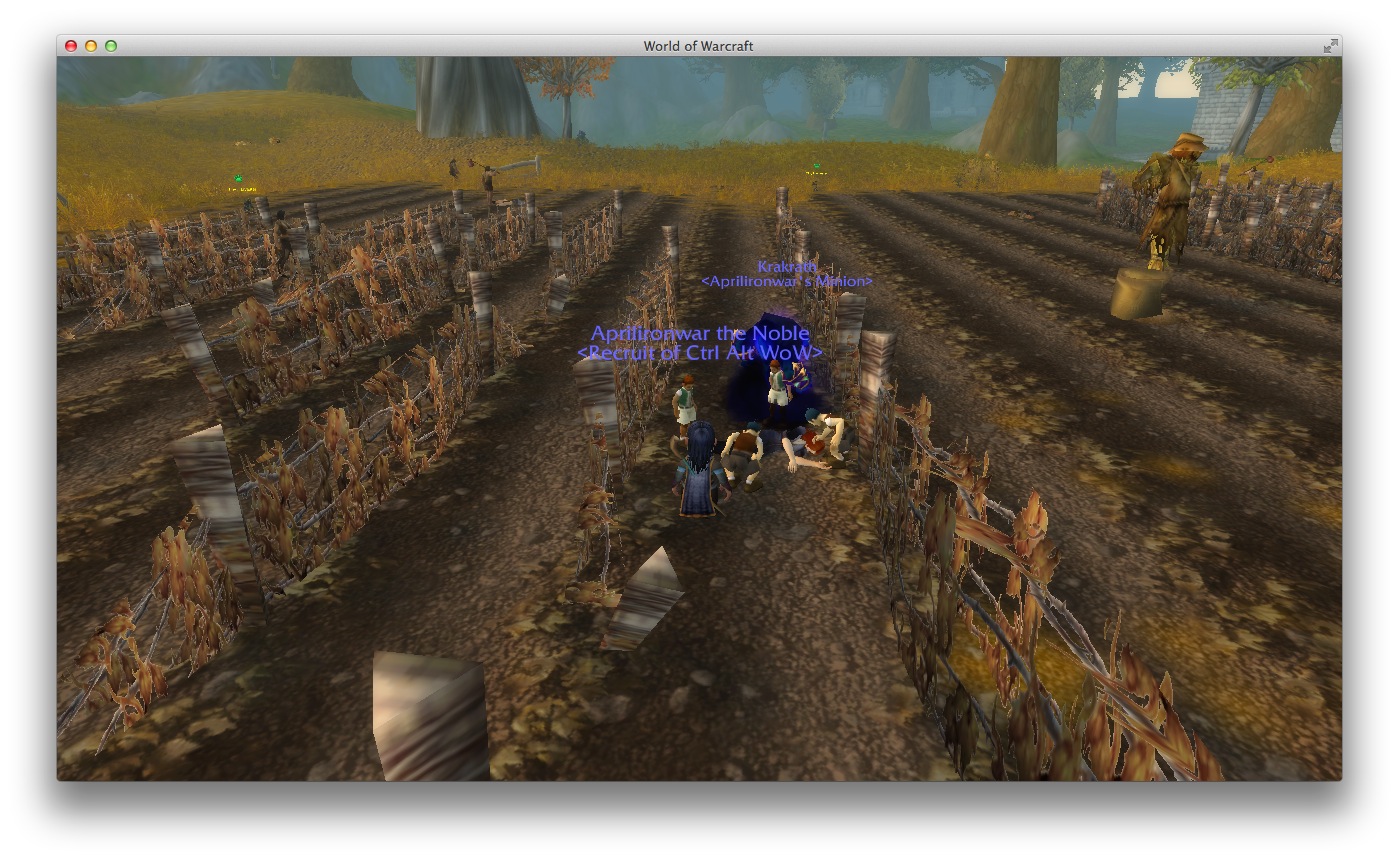 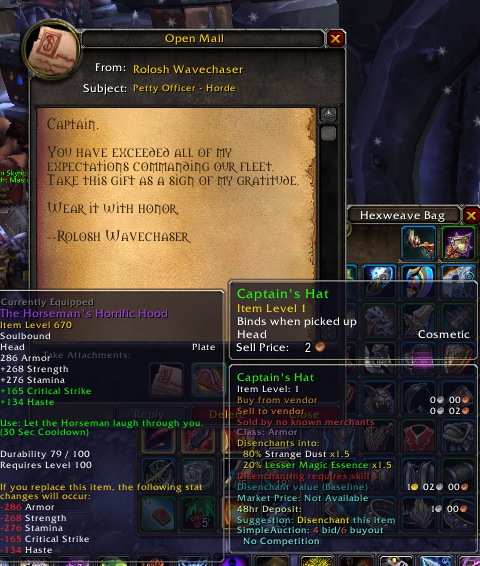 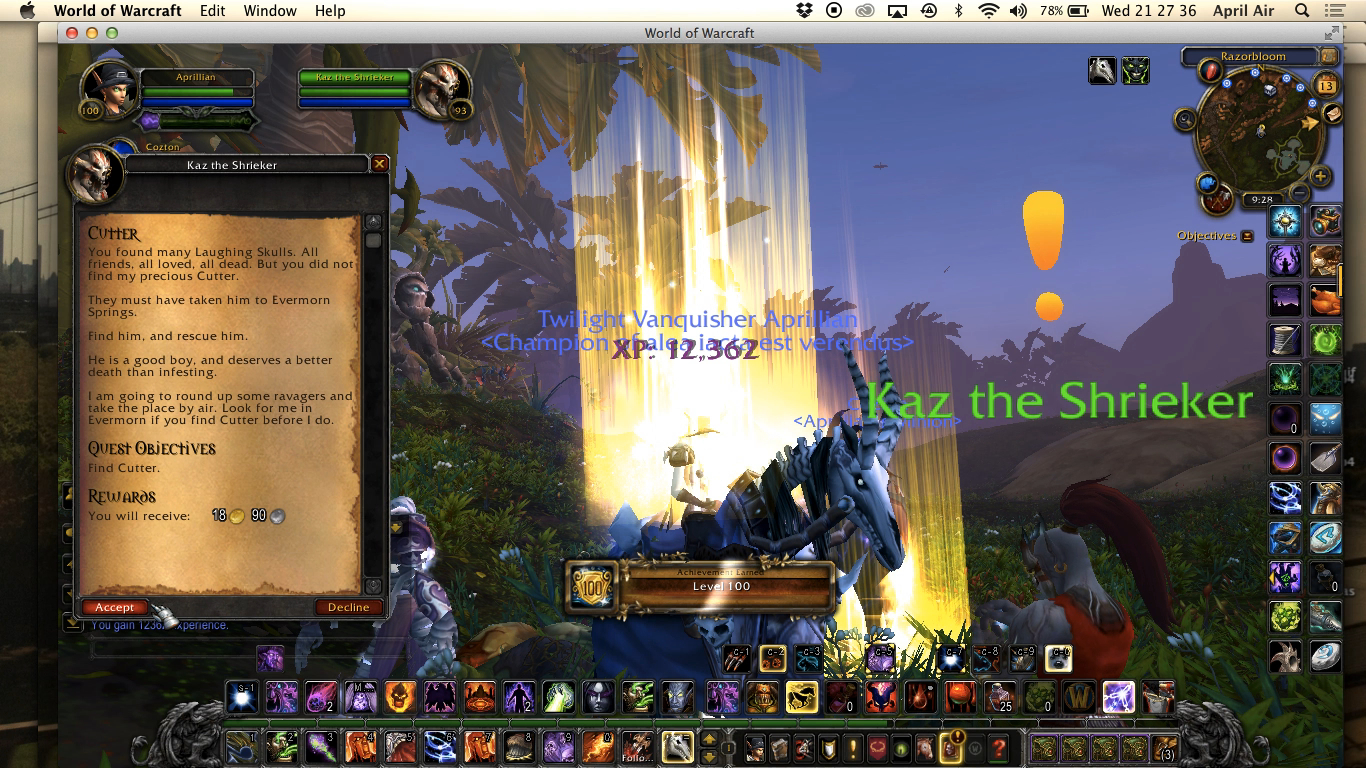 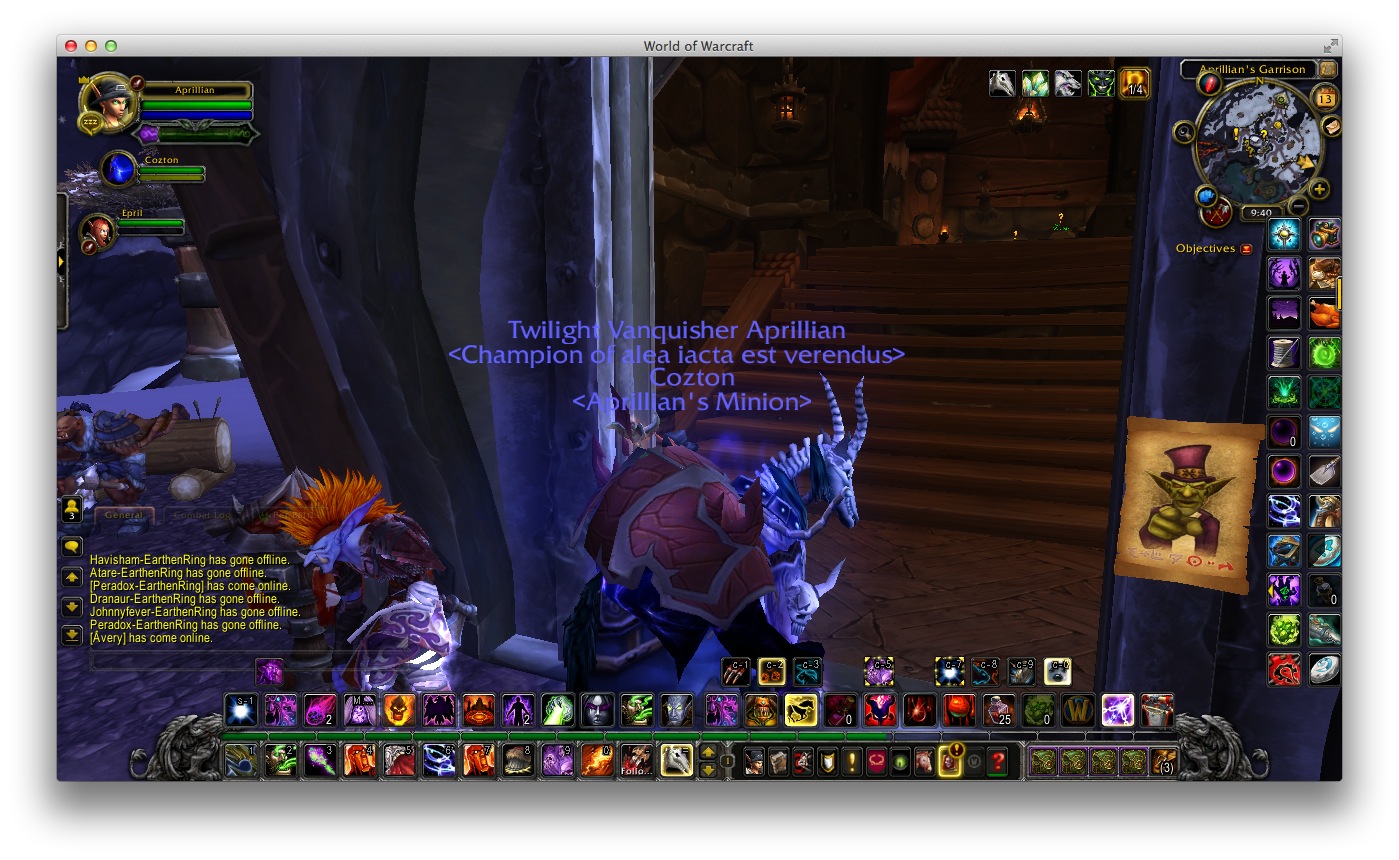 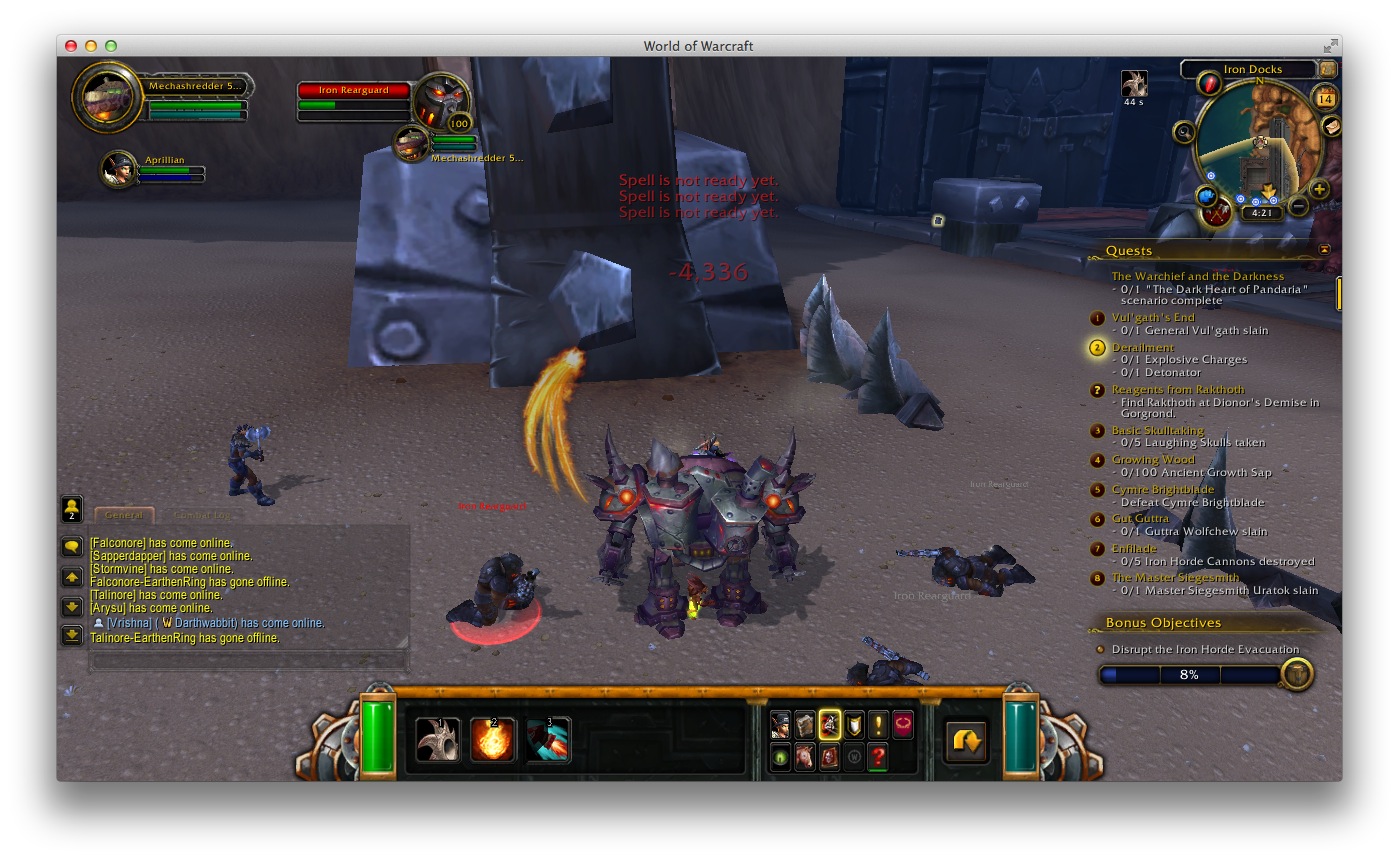 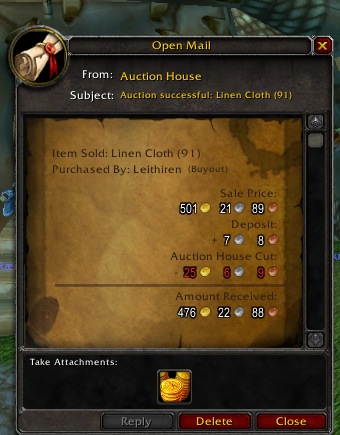 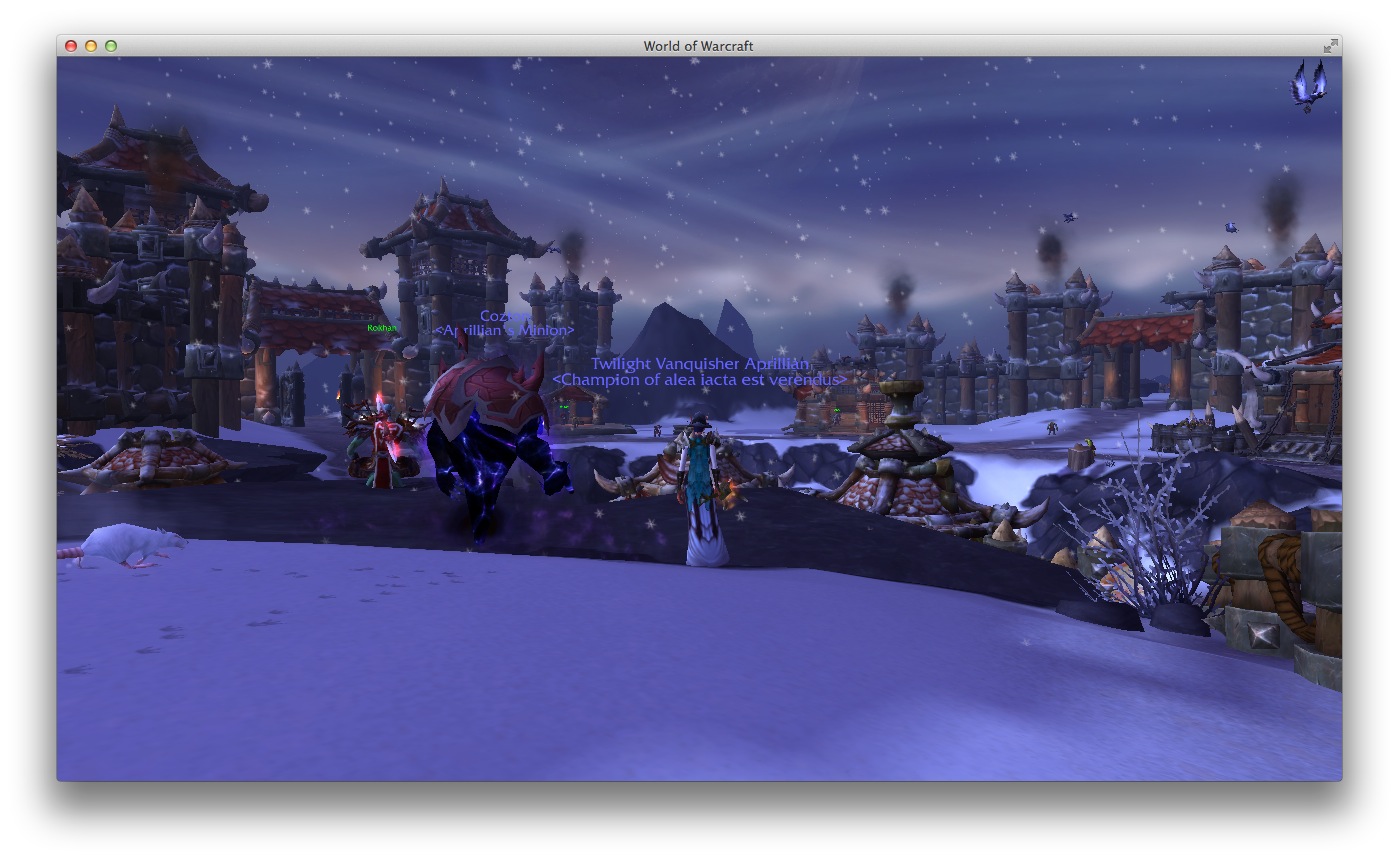 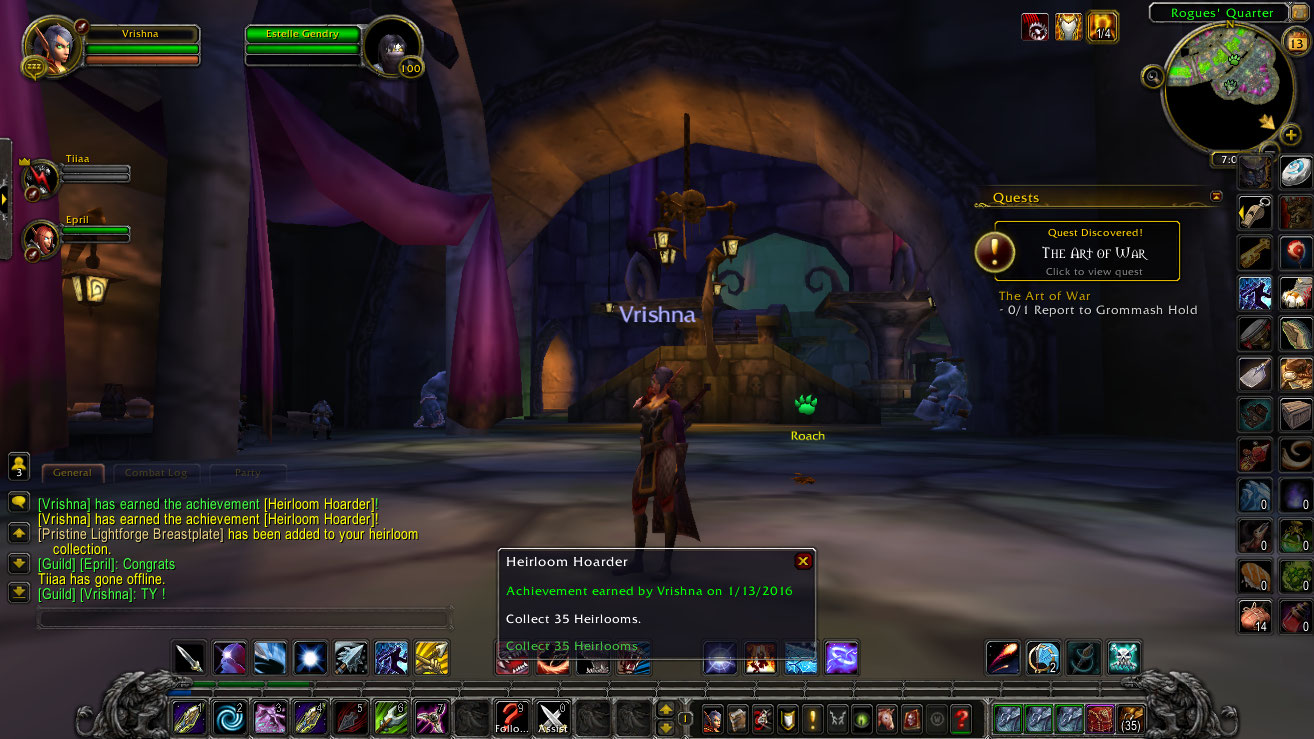 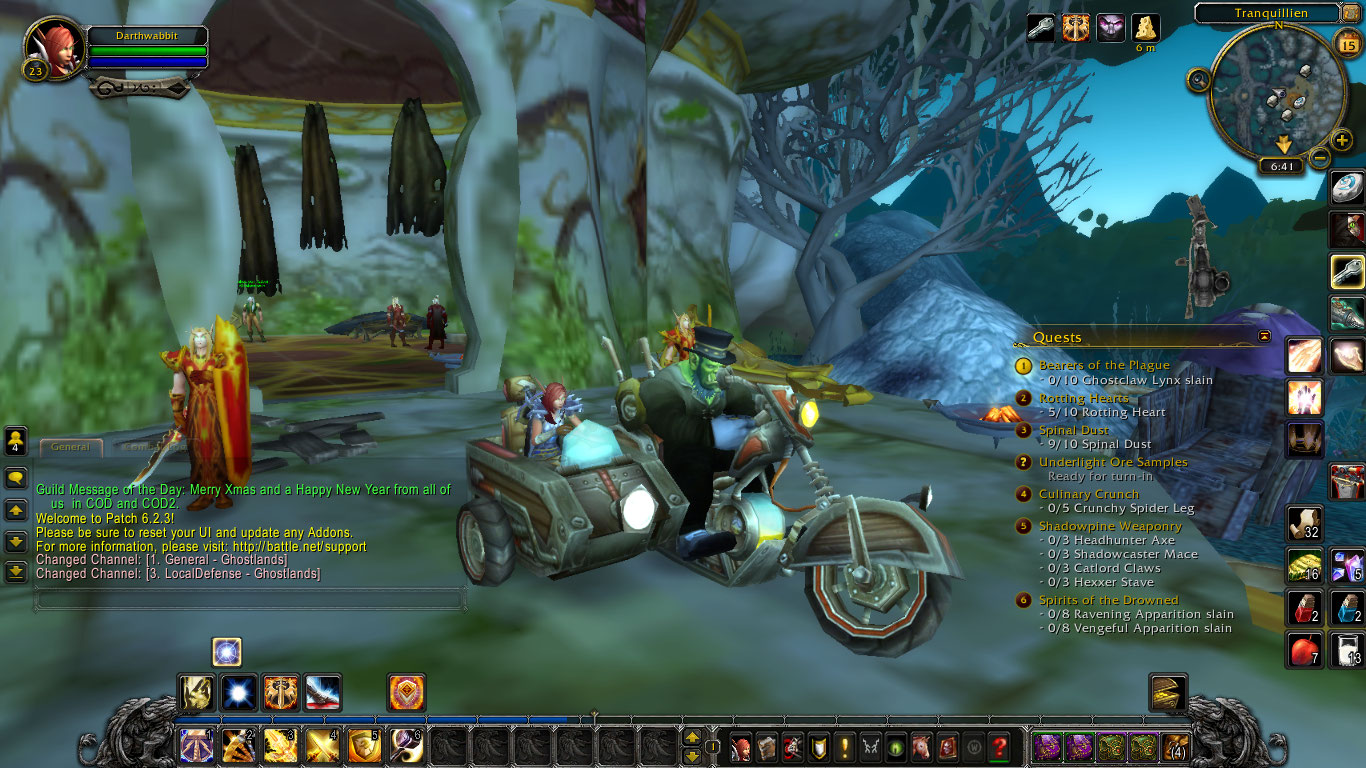 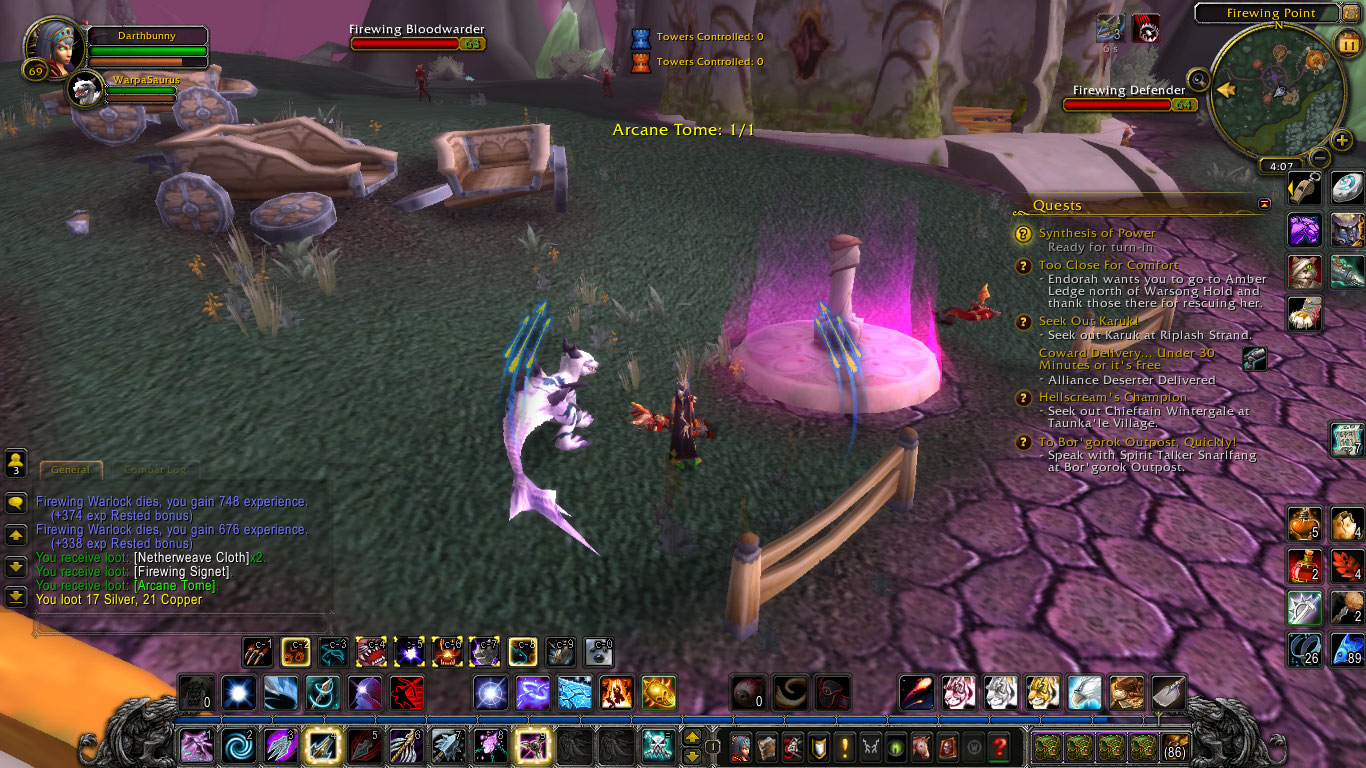 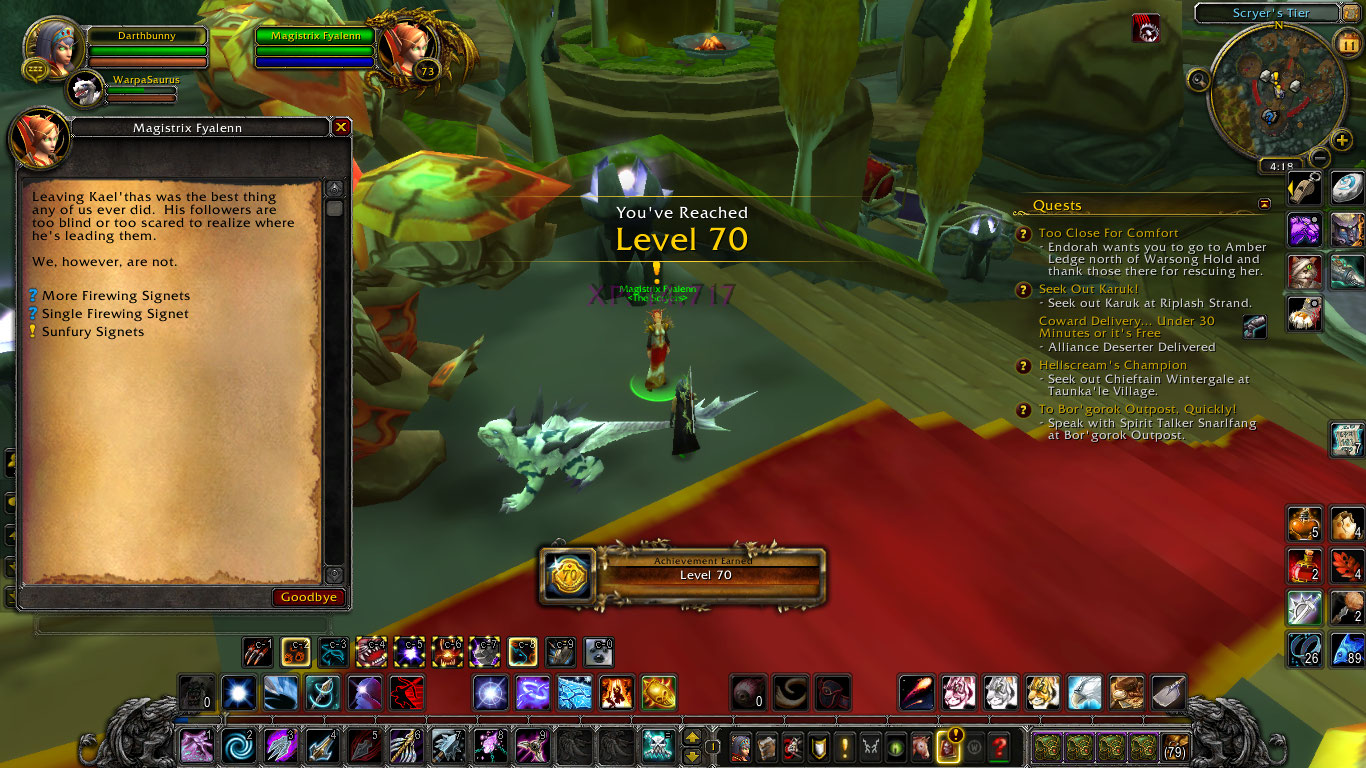 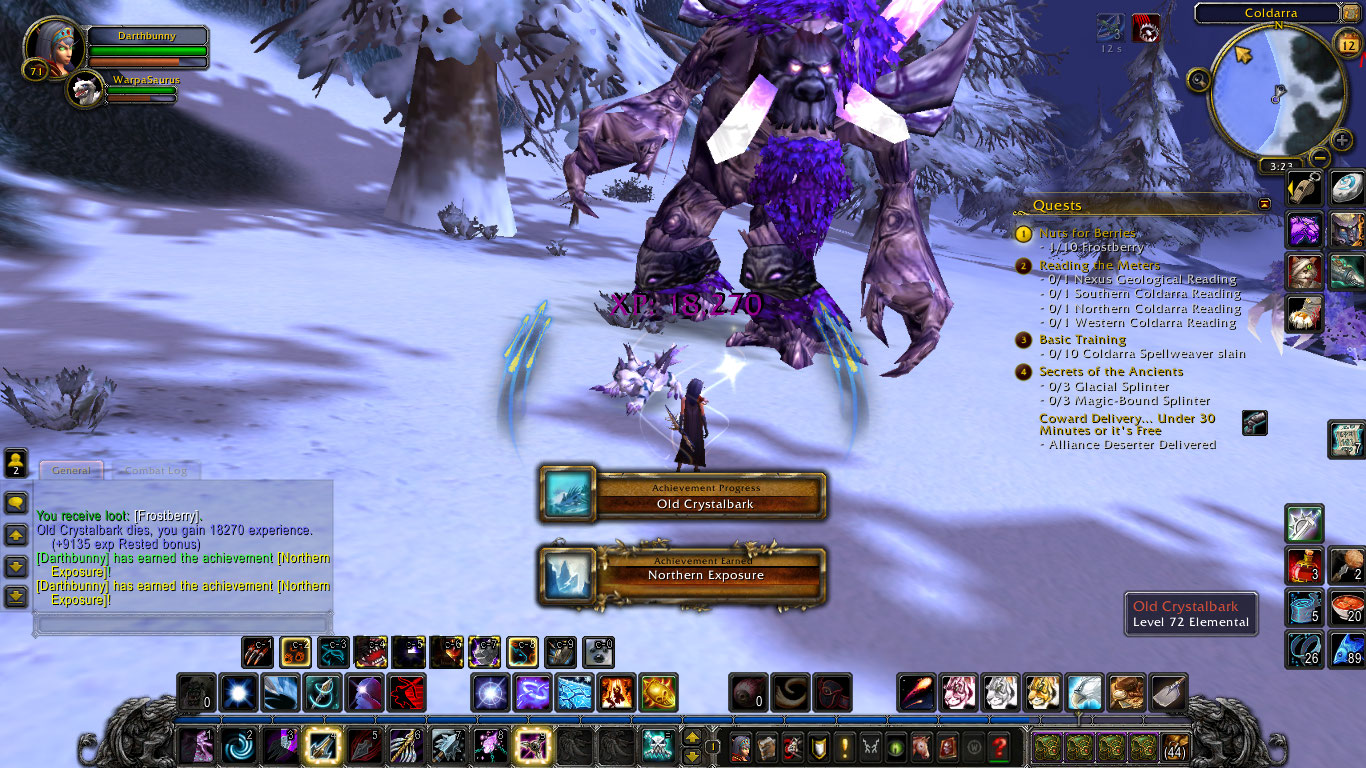 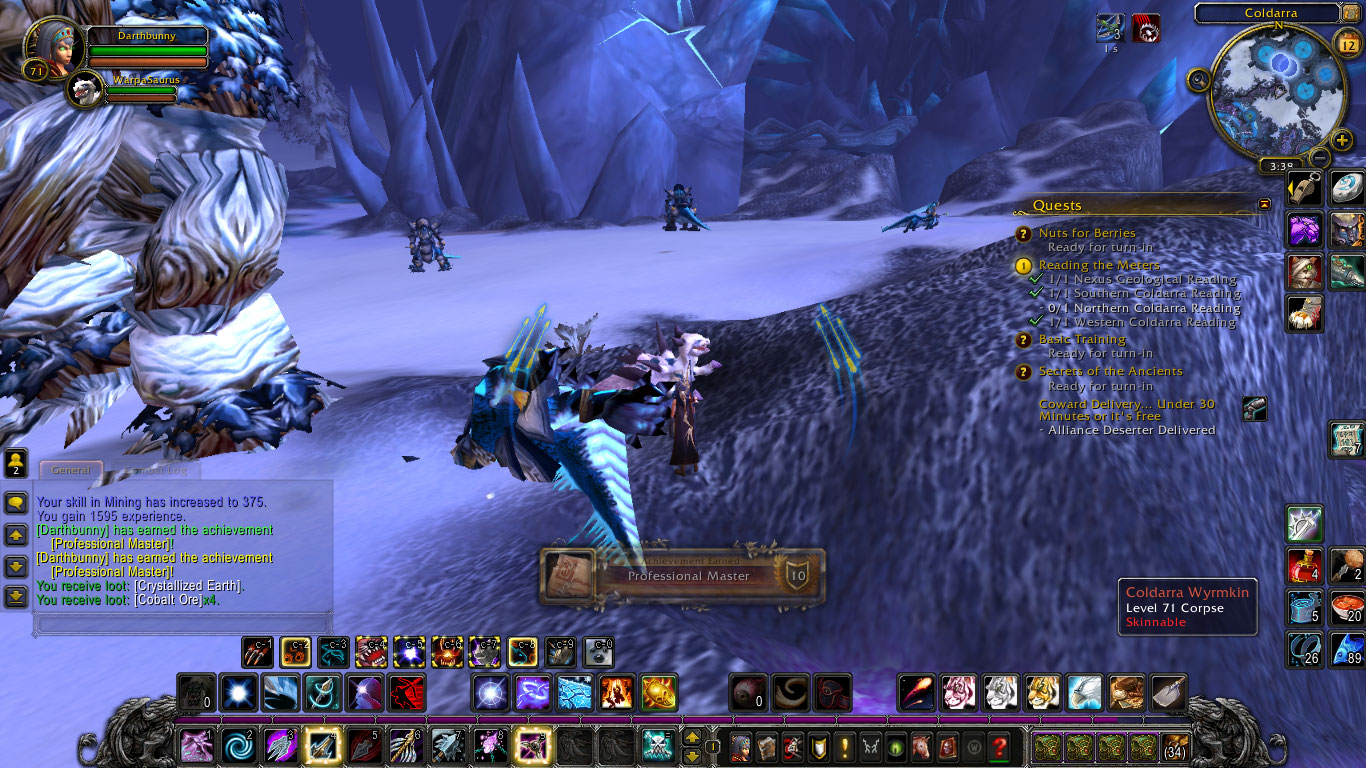 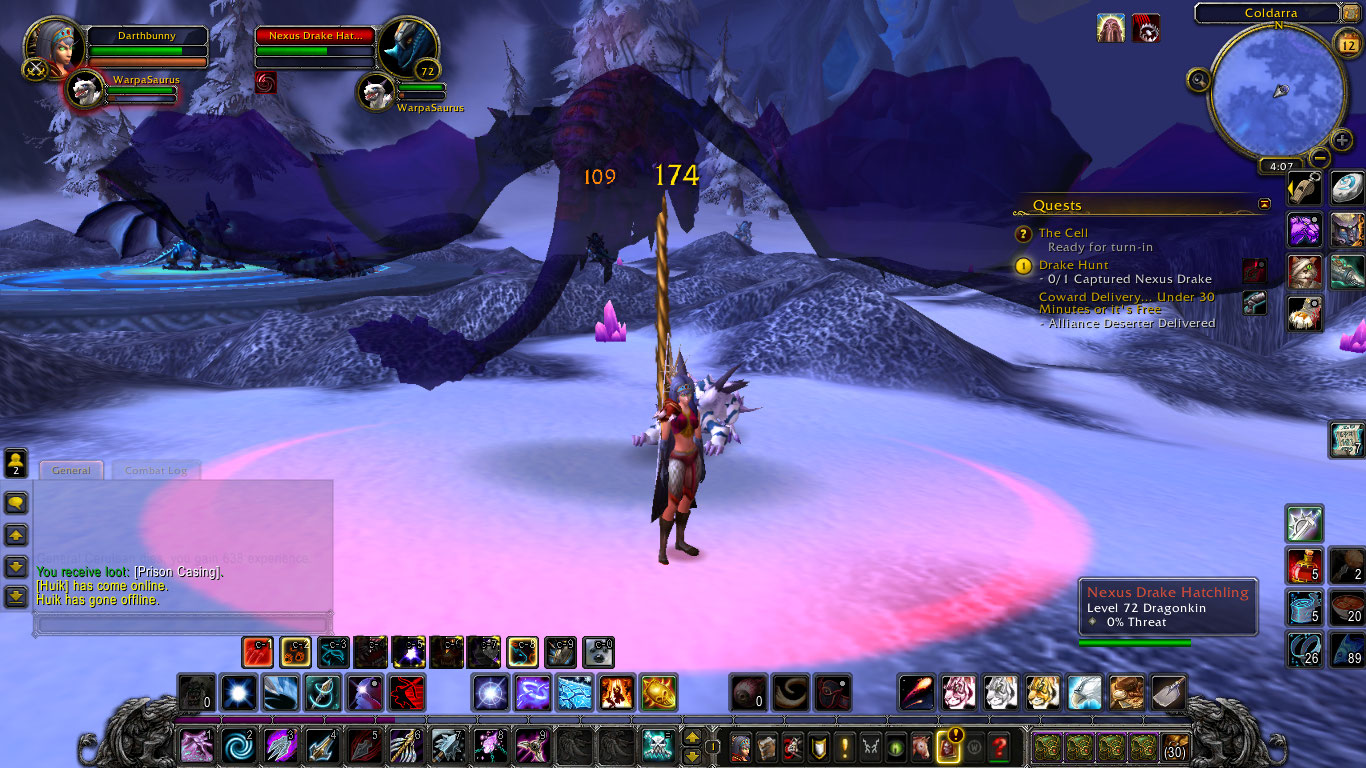 Hugs to YOU Leeta !! 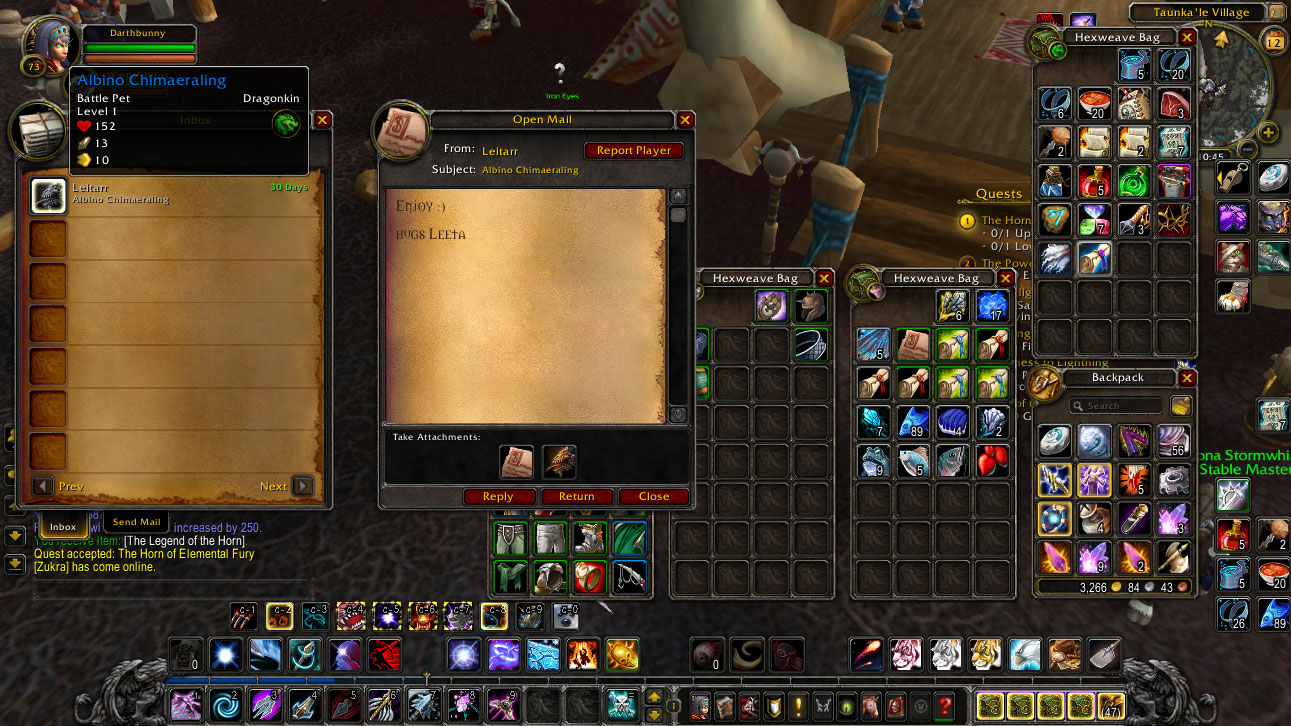 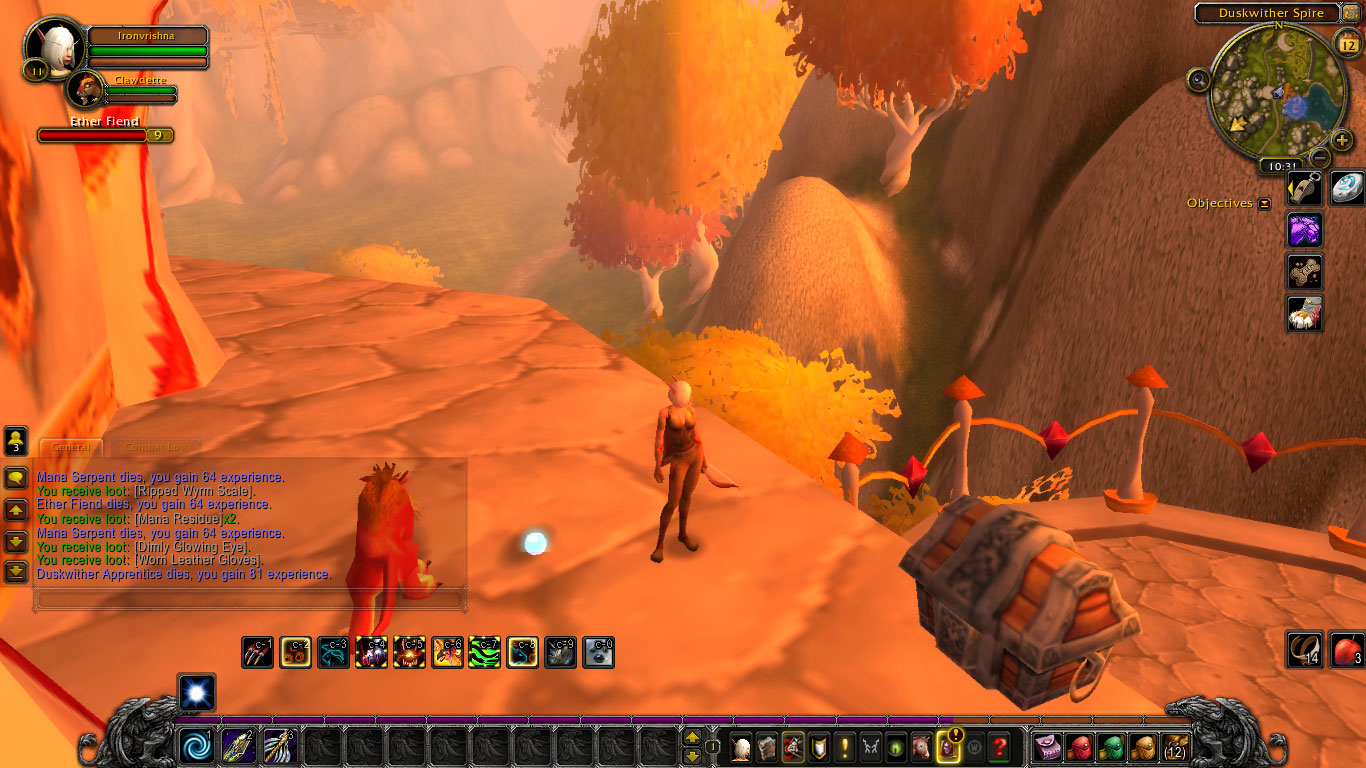 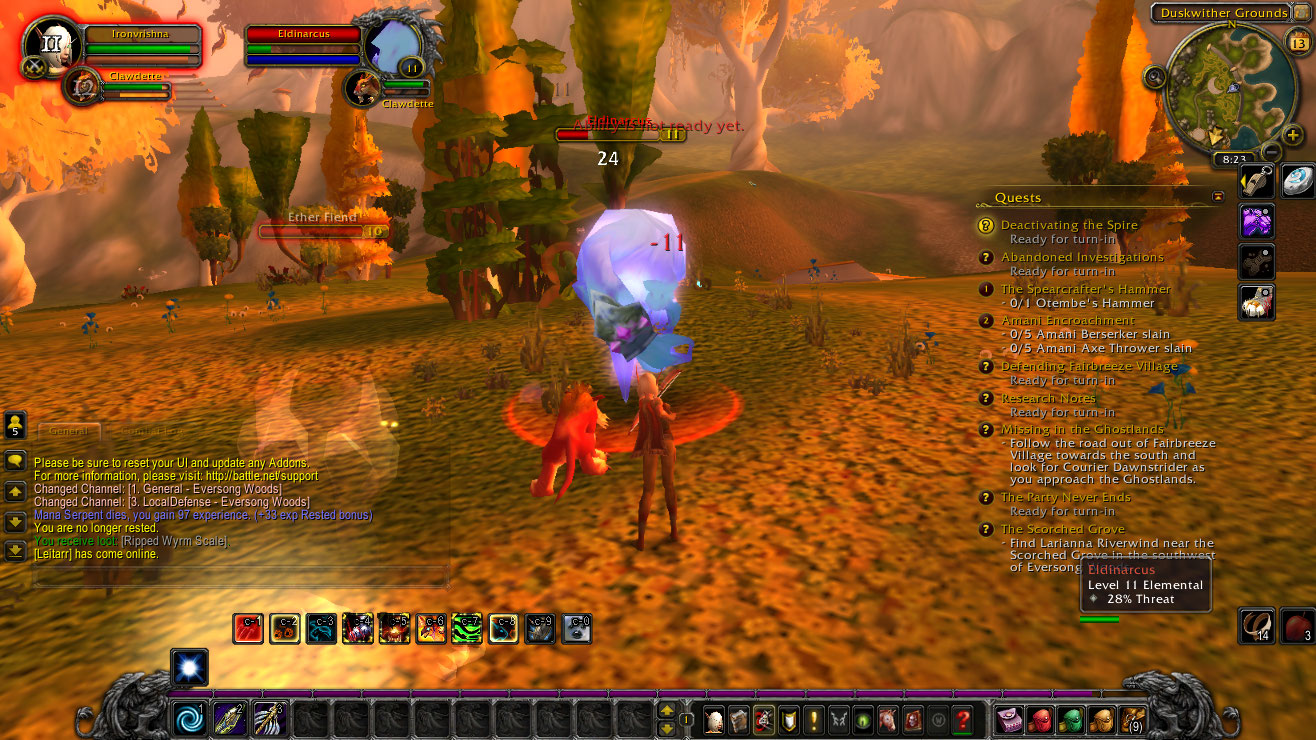 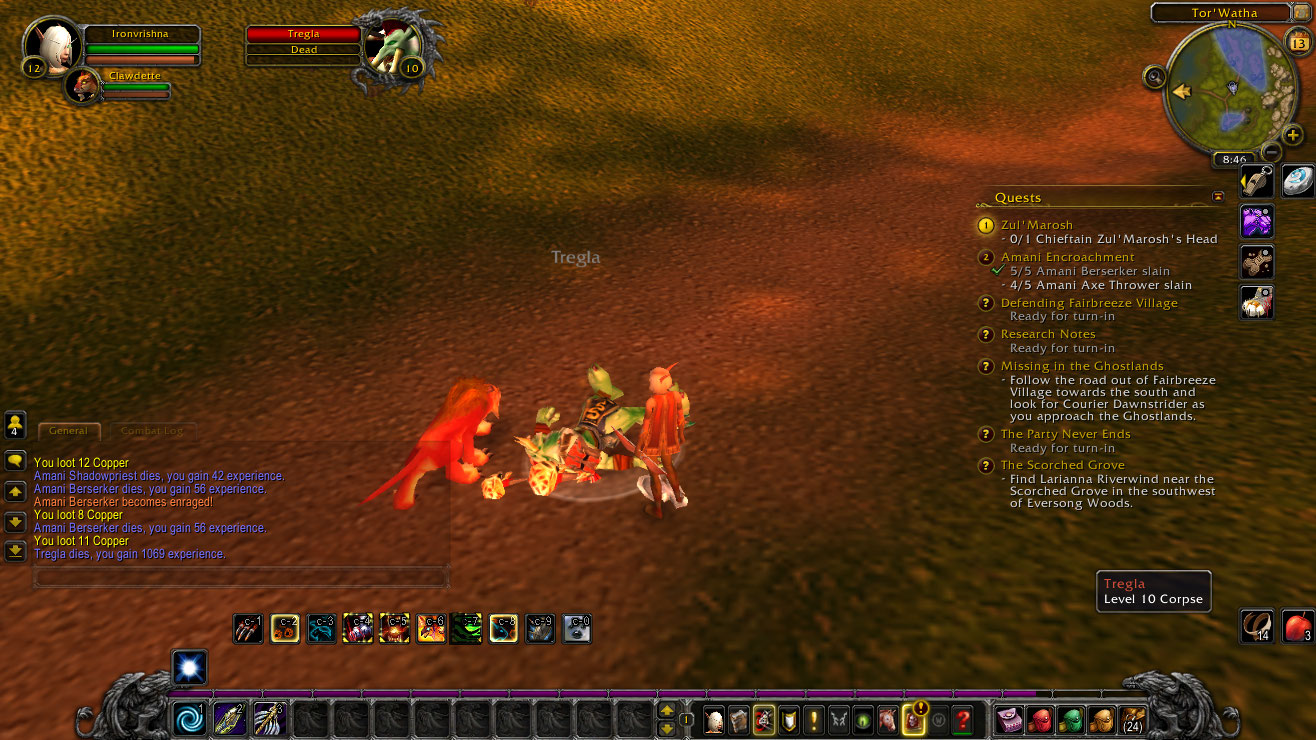 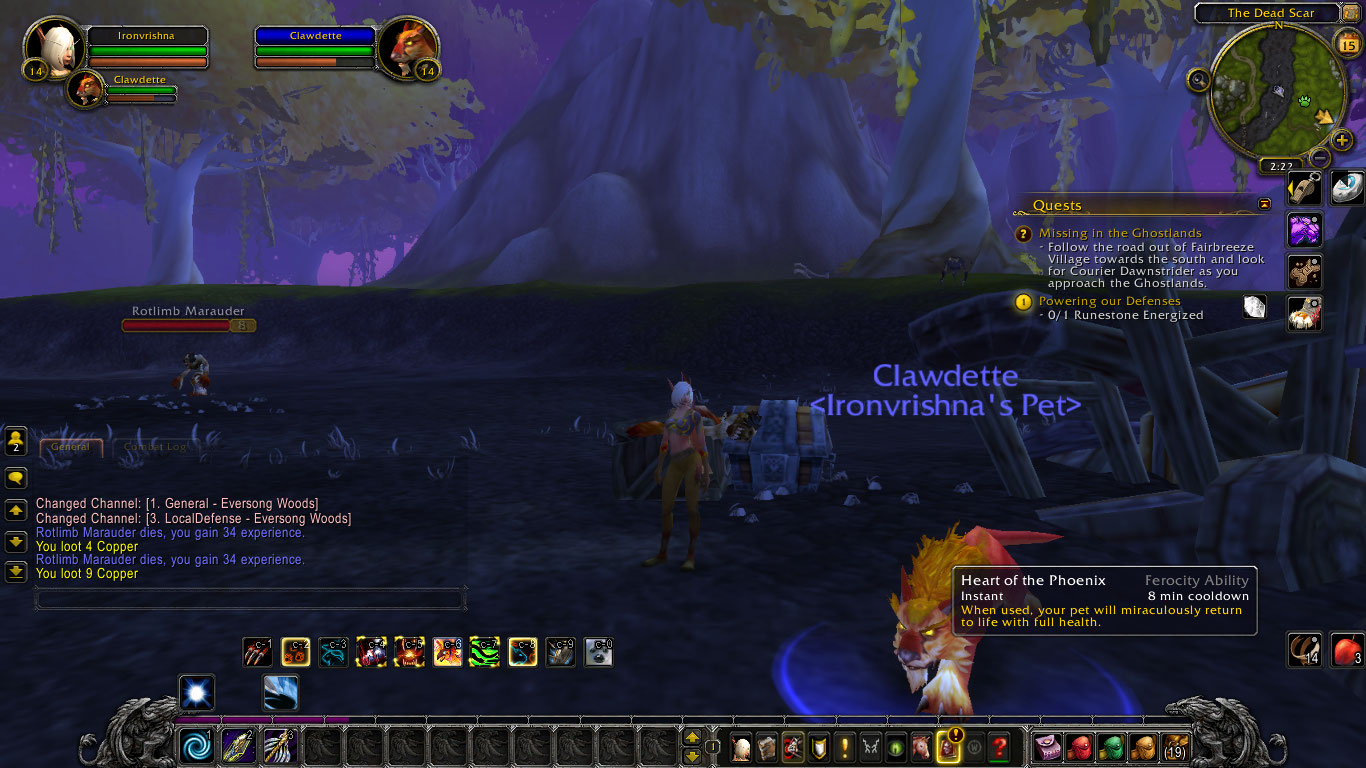 Greetings from Brisbane Australia =] Thank you CAW!
Greetings everyone at ctrl alt wow =]


My names venom I’m a level 100 Feral druid on Jubei'thos realm. I have recently come back from a "wow break"  of about a year.  It feels so good  coming back as i am straight away getting the feeling like i got when i first started playing back in lich king. I can feel the addiction building xD .  I am currently leveling a paladin alongside my roommates mage.  she is new to Wow. She showed big interest in the game and i was thinking i wanted to play again anyways , so  it all kinda just  worked out! =]
I could teach her the basics i knew from when i previously played and we could learn the higher up stuff together as we leveled.


Anyway the main reason i write to you is , i want to thank all the hosts of the show for putting together such a great podcast each week. I only started listening about 5 weeks ago but was instantly hooked by the podcast.   What i love so very much about the podcast is that -It doesn't matter if you are not pro pvpers  or raiders  you are still learning parts of the game every week as you play  and to me this is important.  I feel like when i listen to you guys i can comfortably relate to situations you are in. I love that you talk about how you all enjoyed the game each week.  I can keep up with each of your characters, follow along as you enjoy the journey of World of Warcraft.


Unfortunately i don't really get enough time to play  because of work *Sigh* but when i do i fall straight back into the world. My roommate and i are completing the quest achievements for each zone as we level in them and won’t progress until we get the achievement.  We are now level 70 and going to be finishing up in Shadow moon valley very shortly and then onward to Northrend .AHHH So excited to get into northrend. Since i first started towards the later part of Burning crusade i kinda got first addicted to the game when lich king came out . So i am getting very excited to get back into the zones and level there.

However , I am finding it hard to get back into my druid after a year off.  Coming back and seeing my hotkey layouts and full bags of gear and mats. It is kinda intimidating.  It has kept me from really doing anything on him.  I feel much more comfortable starting a new toon and just relearning them as i go. =]


Anyways I just wanted to say that i really enjoy your podcasts I listen to them in the car as i drive from site to site for work. Your podcast has definitely influenced my desire to play the game and my ability to fall into the story and environments that wow provides. .  To all the hosts in CAW Thank you for everything you contribute to the podcast and keep up the great work.


Sent from my iPhone and have the best day ever!
Kurly


Still no internet and it's Lagging Balls
So very lil game time this week as hearthstone on the iPad pro is the limit of what I can play with the whole living in the dark ages I look out my windows longingly at people sitting out the front of there houses on there password protected wifi. Damm them I need it more than them outside of game it's been interesting had to go back and clean the old place some more as I was in a state of un prepared for the standard of cleaning also ran out of my sleep aid pills. All nature no drugs style that got me a 10 minute talk on the dangers of becoming addicted to them and how I should cut down on stress in my life. I will admit that everyone short of the blonde gay man in front of me read me like a book basically they put as much store between me and them as they could. He was not a good reader and so he was becoming stressful so after his 10 minute rant I loudly explained my joy in his use of Google thanked him for adding to my stress and told him to tell the manager that because he took it upon himself to try and save me from the dangers of camomile tea. Part of the pills make up I would be now shopping at the local mass market store that charged a lil more but wouldn't talk me out of shopping there he strongly disagreed with my statement and drew breath to I am sure try to deep breath me more. I raised a hand and quite calmly explained to him that it would take a good few minutes for the police to reach here and longer still for them to contact his next of kin to come and identify the body parts and I walked out proudly knowing I saved a life today by not acting on my happy happy joy joy place. On a lighter note I saw four roaming bands of teens Thursday night charging around town with sofas and taking selfies on them all over the place they all sit on it snap the group selfie pick up said sofa and run to the next place. No freaking idea what was going on hoping the local paper can explain it and 2016 is so far looking like another year of loosening to many greats before there time. Sorry for the randomness of this email it's just been one of those days and it's 2:30am the next and I am in bed writing a email.


First up, since it's been quite a while since my last email, I just want to say I hope you all had a great holiday and 2016 is shaping up to be a good year. So what Have I been up to since October? Mostly achievement hunting and mount farming. Y'know the usual.


I finally decided it was time to get  Glory of the Icecrown Raider done and luckily Invincible's Reins dropped on the same day. Man what a beautiful mount. I never have to set foot in ICC again and it feels great.


With ICC done I moved onto Firelands for a few months to complete both the quest chain to obtain Dragonwrath on my druid and Glory of the Firelands Raider. I'd love to say that I'm done with Firelands, but alas I'm still looking for a couple drops in there. The drop rate on Fandral's Seed Pouch is awful and I only have one druid so I think I'll be farming it for quite a while.


Since I've been farming Dragonsoul for mounts I figured I'd start the Fangs of the Father questline. What's up with all the legendary questlines essentially being "do this raid over and over"?


Also I figured I'd give an iron man toon a shot, so I created a Dwarf shaman and barely made it to level 16 before I was viciously murdered by a trogg. That will be my last attempt at the challenge because it's stinky and I hate it. Just kidding. Honestly I can see why people are into it, but it's just not my thing. Running the same instance over and over is my kind of crazy.


I'm rambling again, but I feel like there's something I'm missing... Oh yeah I got Mountacular last night. Guess I'll get back to the Argent Tournament and start working on Lord of the Reins. 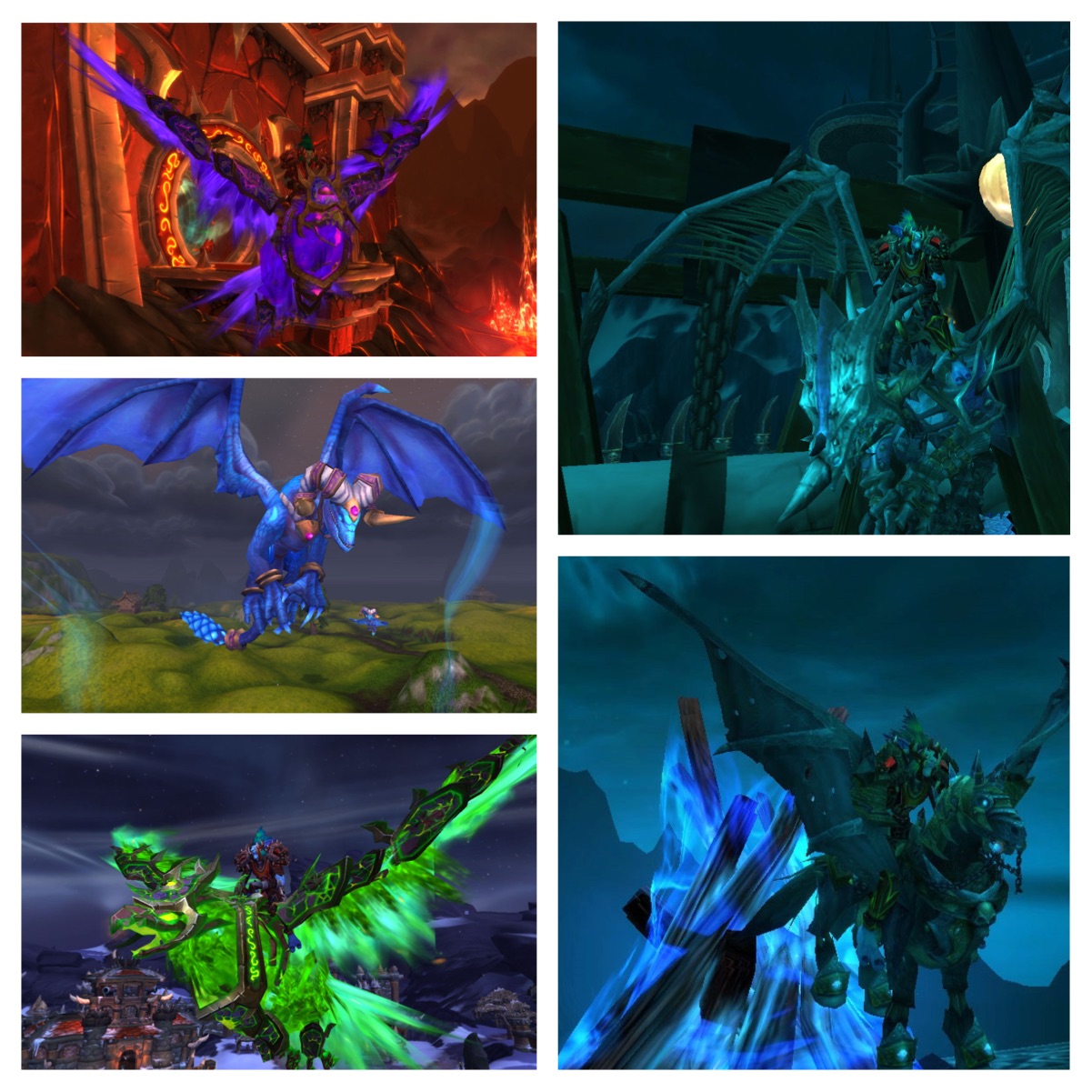 From Danarra: “To give away to a lucky guild member. Happy New Year to you all!!!” - Lvl 25 blue Grumpling (Rogueslayer is holding it)