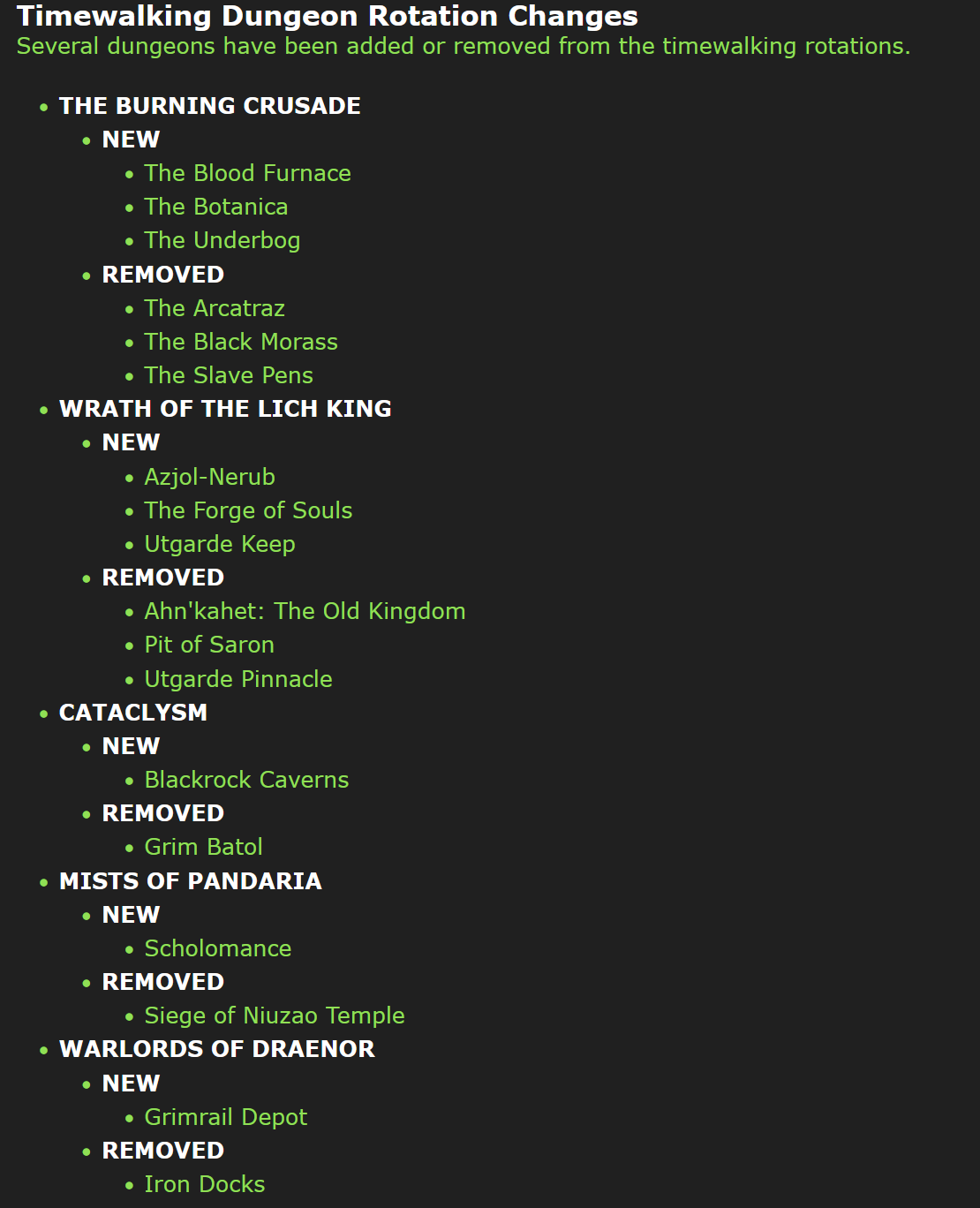 Renaming of Jesse McCree to Cole Cassidy. The only issue, and i saw this in a OW video on YouTube, is that there is a wrestler that does gay wrestling, whatever that is, by the name Cole Cassidy.

I wish they had researched the name before undertaking a renaming of a character that might get slammed to the ground if the “real” Cassidy” has a ™ or R on his persona in the wrestling league he works in.

What a mess Blizzard.

JenOneal (Co-Leader of Blizzard) and Amy Dunham (Technical Director at Blizzard) are leaving Blizzard. In the wake of the Blizzard Scandal, not the best symbol of inclusion and equality. 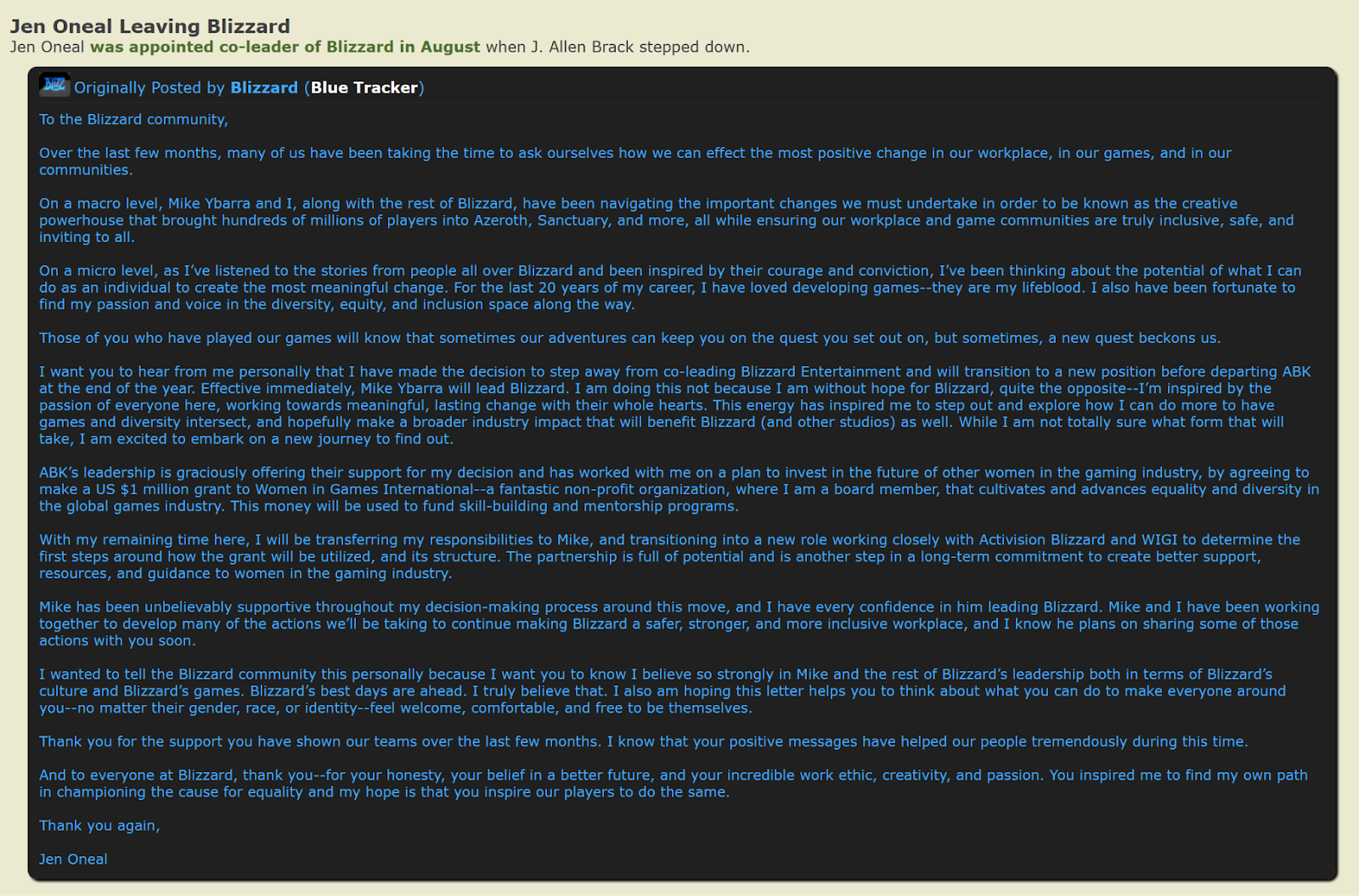 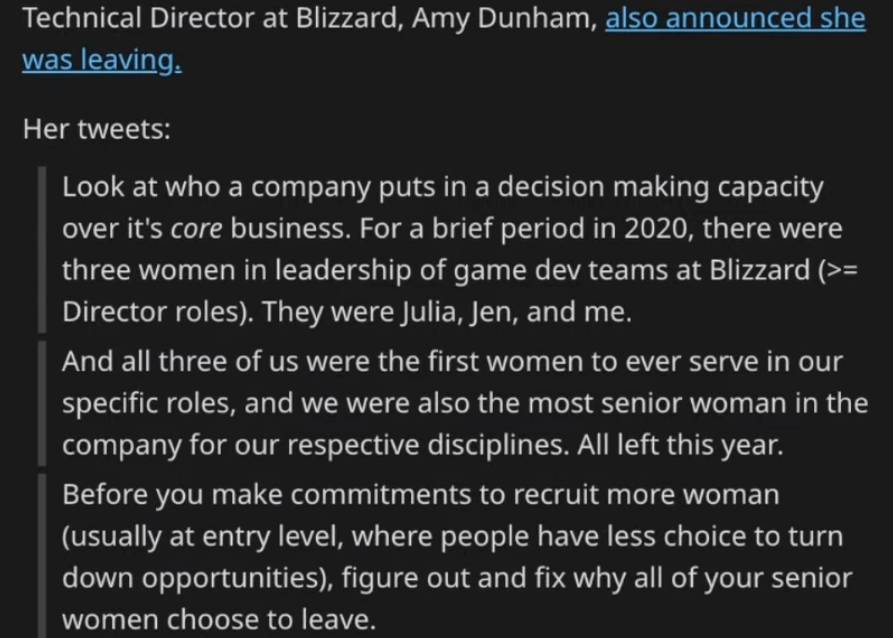 Q3’s MAUs are the same as Q2, 26 mil, even though they state that the revenue gain of the company is largely due to the launch of D2R and that being the case, where is the increase in MAUs to reflect that? Well they said that it would have been bigger, the gain in revenue, had some of it not been offset by the dip of WoW.

But then we always have Diablo Immortal to look forward to, the only thing is, according to something I heard, it looks like it will have a ingame shop that lets you buy p2w items.

Not sure how that will go down.

But then there is the issue with Windows 11 and the advertised ability to load and use Android software into Win11.

That in turn would, possibly, make it possible to play Diablo Immortal, and other mobile games, on your Win11 PC.

So if that’s the case, I can see it being an advantage for ABK, but, like with so many other features in Windows over the versions and years, it doesn’t work yet, the last i’ve heard of it. 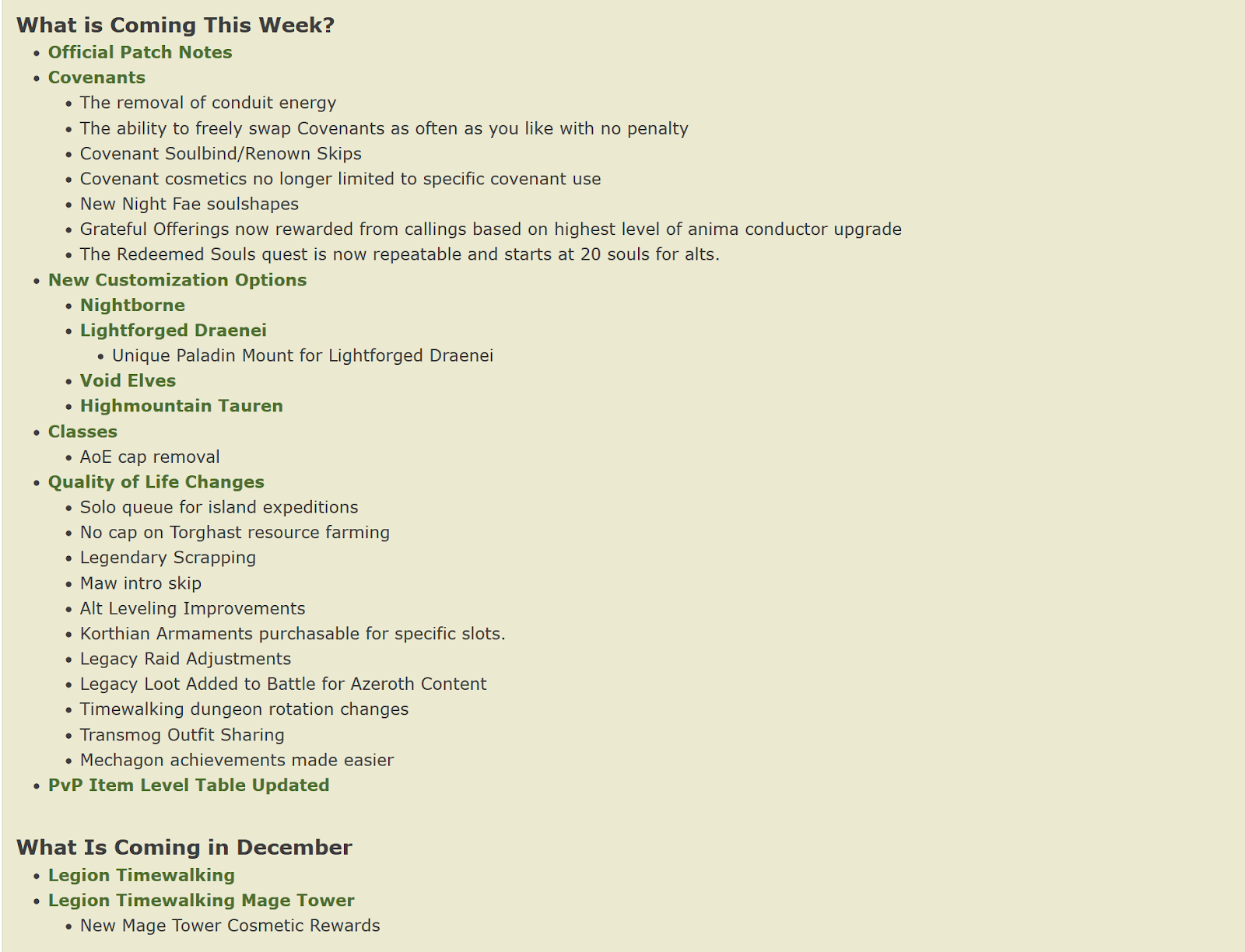 We did get an indication of 9.2 being put on special encrypted Blizzard in house test servers. That might lead people to believe that 9.2 is way closer than anyone thought it would be, even as close as 2-3 weeks from PTR.

If Blizzard wants to speed up their WoW content release, they better be fast releasing 9.2, though, as we know all too well, fast isn’t always good, so i wonder if that wouldn’t backfire in the end. I guess only time will tell. Ion stated in the interview that we would see info on 9.2 soon, so there you have it, soon is really soon.

There are a few lengthy blue posts detailing changes to the SoM version of WoW Classic vs Classic Era servers, and you can read them on the Blizzard site forums. I only want to highlight one section of the latest blue post dealing with the end of SoM and what happens then.

FFXIV’s new expansion Endwalker will be postponed from Nov. 23rd to Dec. 7th. 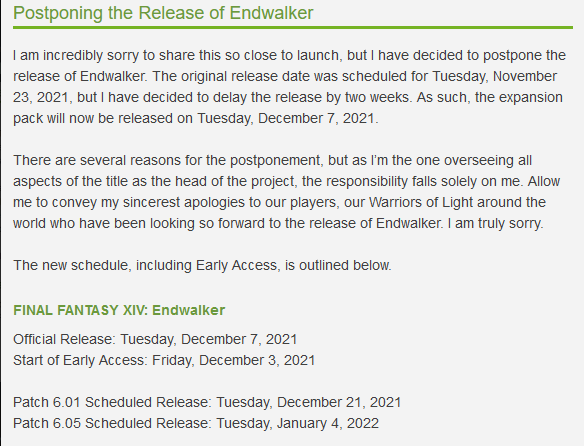 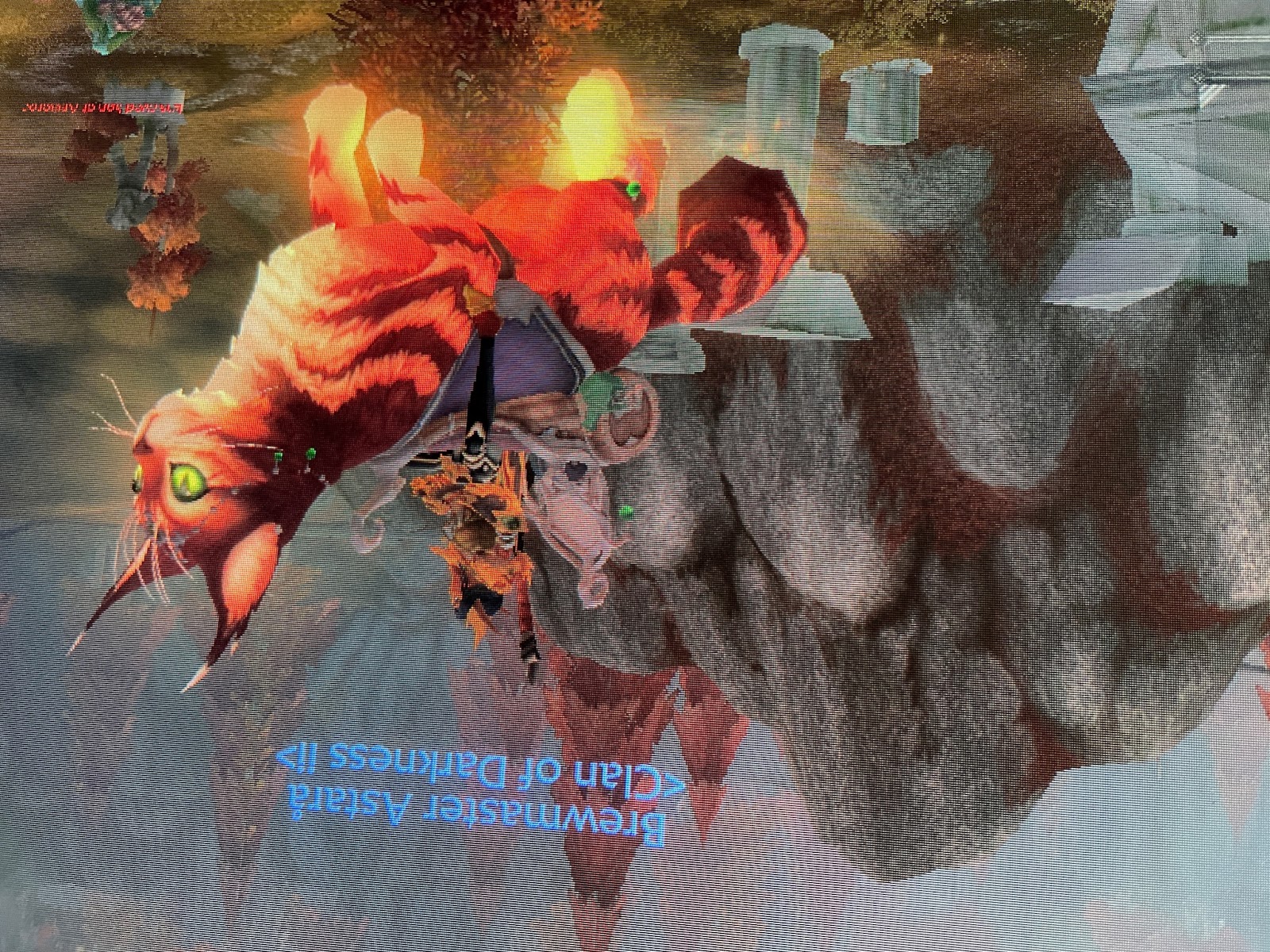 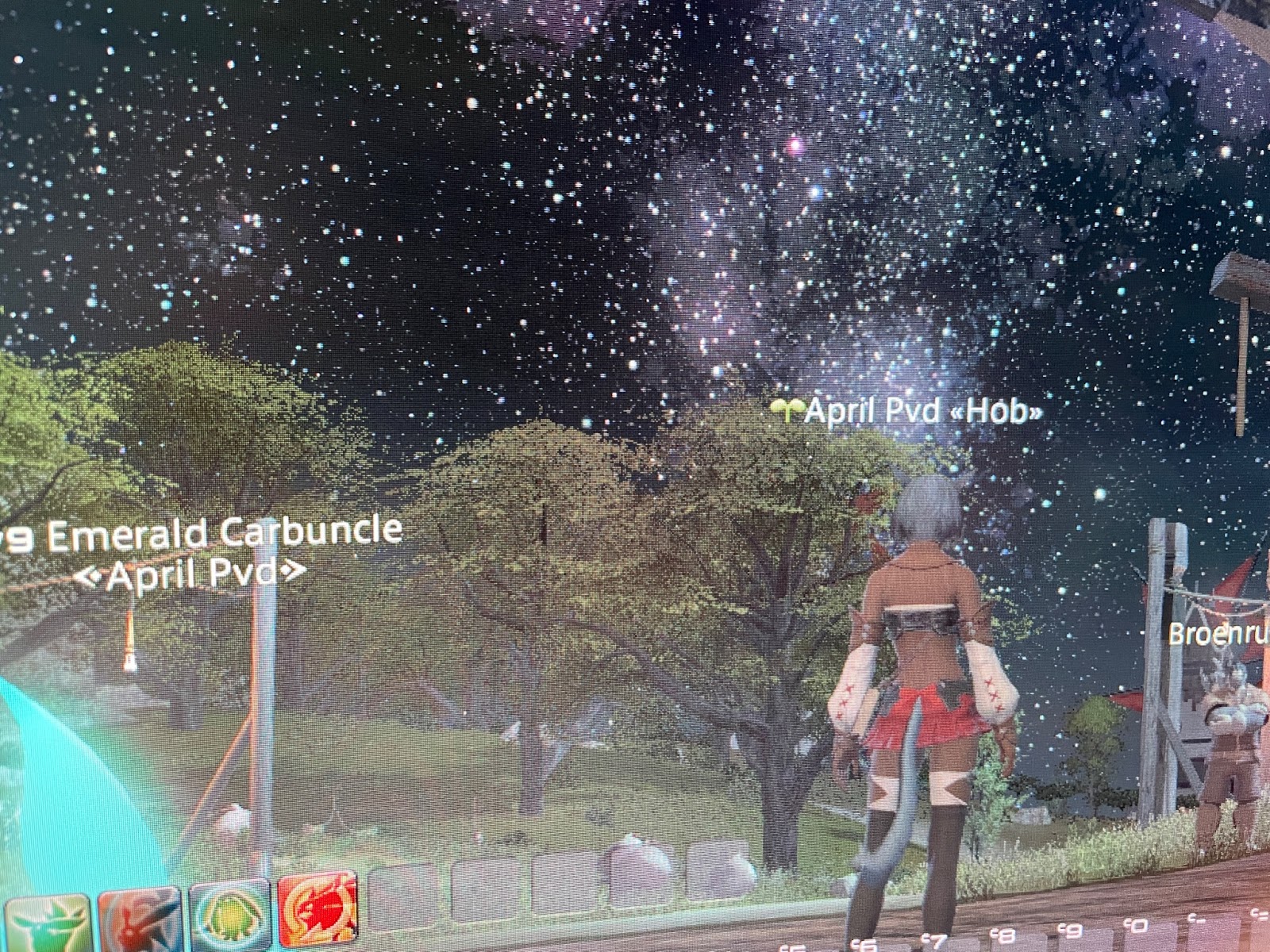 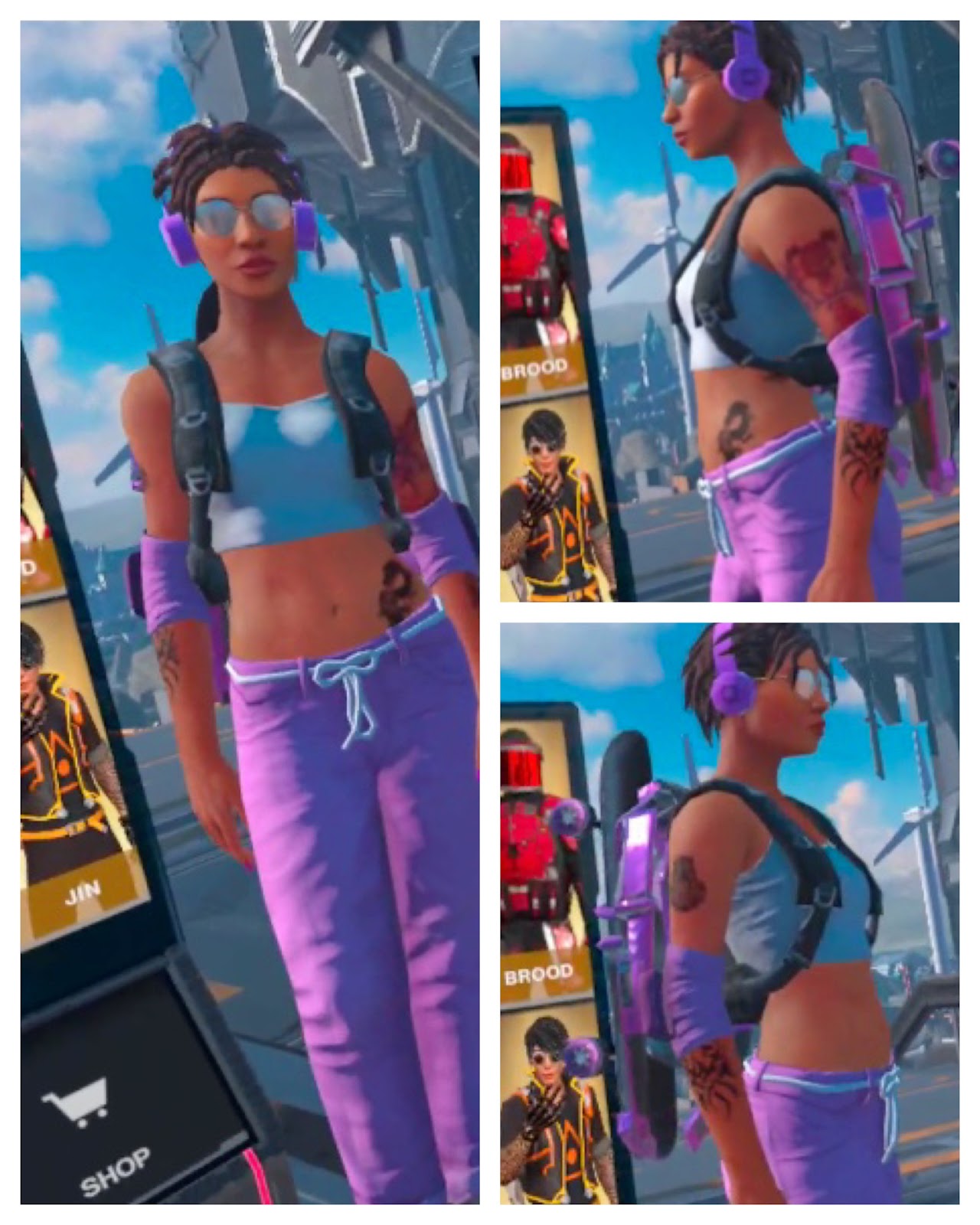 Dani Skin in Population: One

Hearthstone mercenaries is a lot like pet battle on the iPhone.  1 to 4 abilities, some have a cooldown, at max level or after a special task you can hold an item (like a blue)  you level your mercenaries to 30.  4 zones to adventure in, the barrens, felwood, winterspring and blackrock mountain, each more difficult than the previous tier.

Sold a vial of the sands this week, 2.8 million gold on my main.

Doing the garrison on a couple of characters to level followers to various specific jobs and one shipyard to yield apexis crystals to buy/sell Draenor alliance pets.

I started my Miqo’te on her Squadron journey in the Grand Company.

I got a new mount, the Draught Chocobo, a RAF 2 person mount.

Along with it came a crystal that you can use to teleport yourself to your RAF friend any time anywhere.

Also I got a Friendship Circlet, a headpiece that grants your toon +20% exp up until and including level 25. 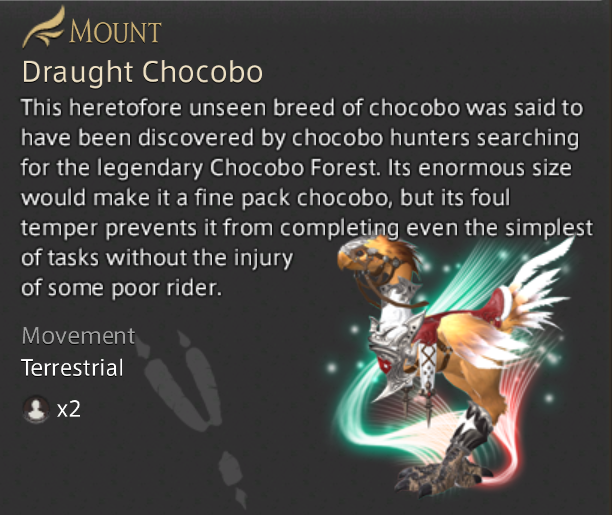 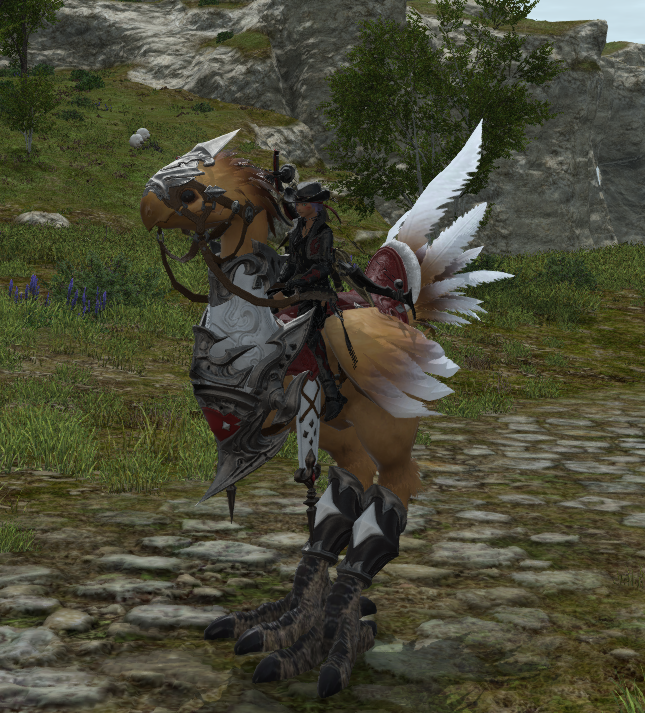 The Miqo’te got her bomb mount too: 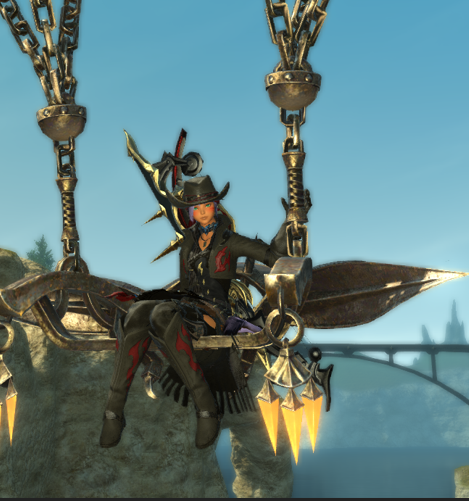 In FFXIV you can earn Achievement Certificates when earning achievement points. You will automatically get a 1 achievement certificate per 50 achievement points you earn and you can go to a vendor, Jonathas in Old Gridania, at coordinates (10.6, 6.2) to exchange the certificates for items, head slot glam items, minions (pets), mounts and some other items like bardings for your chocobo companion.

I bought the Wind-Up Nanamo minion that has the special feature, much like the cat pets in WoW where you can have them sit in your lap. Upon using the Beckon while targeting her, she will climb up your back and sit down on your shoulder, or on your head if your toon is a Lalafell. 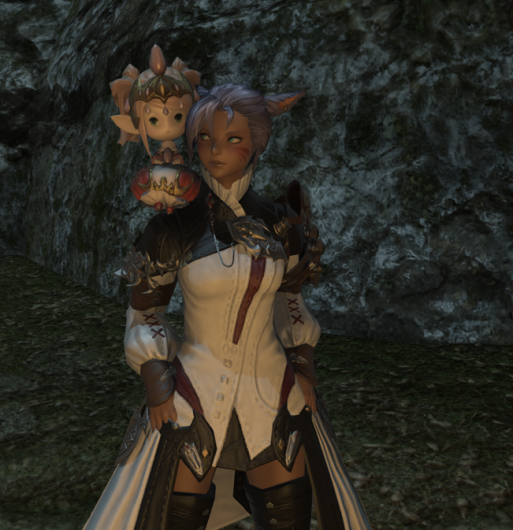 I just wanted to highlight, if I haven't mentioned it before, the fact that each Class / Job in FFXIV has its own story.

I’m just leveling the Botanist job (currently at level 51) and I find the story kind of sad. Here is, without spoilering too much, this guild master, a pacifist, that has issues with her produce being used to feed the soldiers that have to go to war to protect Eorsea. Her conflict and ultimate resignation towards the inevitability of the situation is so touching.

My character progression overview (I love this feature): 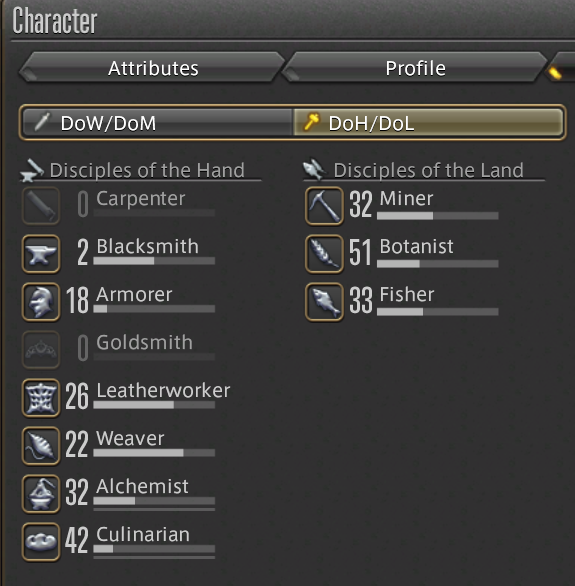 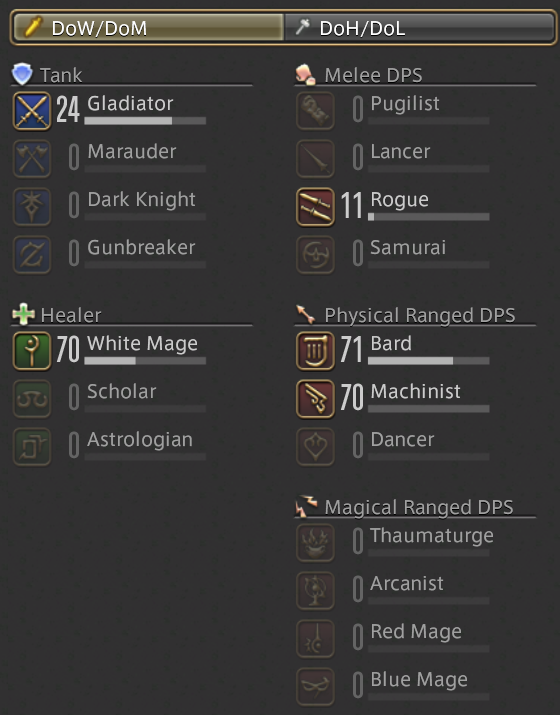 I’m looking forward to the PC release of God of War in 2022.

I’ve always said that I wouldn't buy a Playstation just for one game, now I don't have to anymore. The ONE GAME I want to play that is PS exclusive, or was PS exclusive, is now being released on PC.

More on that next year when the release date, January 14 2022, gets closer.

Gharaka has earned this achievement.