Here's a message from Pixiegirl and myself...hope you are all doing great, including my new adopted siblings, the Great One Carper...ummm...I mean, my new schmexy brother, Jeppy, and my new adorable sister, Tedrah!  hehehe...ack, I am late sending this so here it goes...on it's way... love you!!!

You can level cooking really easy in Halfhill.

Shamaya is levelling like crazy in Terrakor Forest. I tried to keep up, she’s on some quests that are part of a chain. 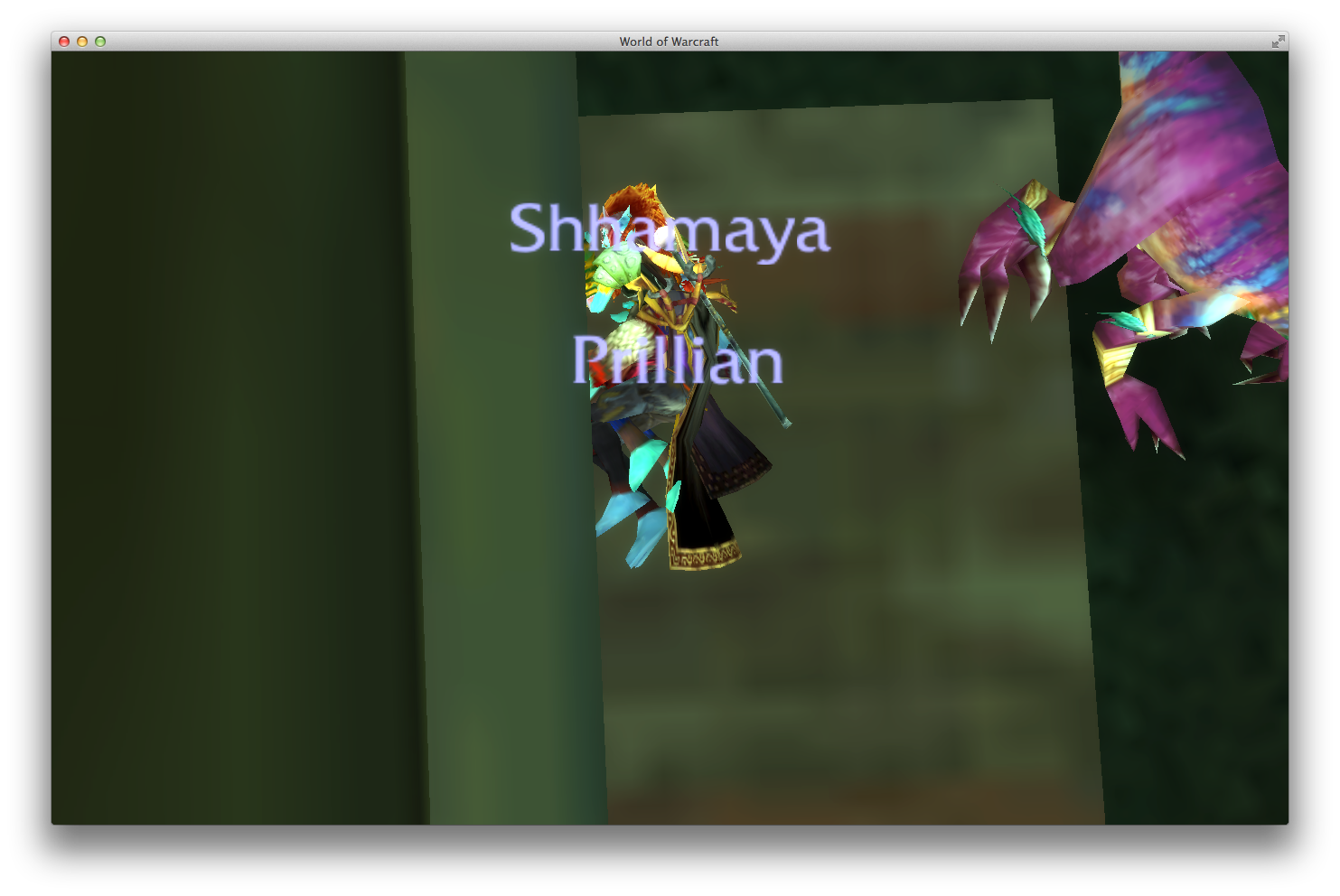 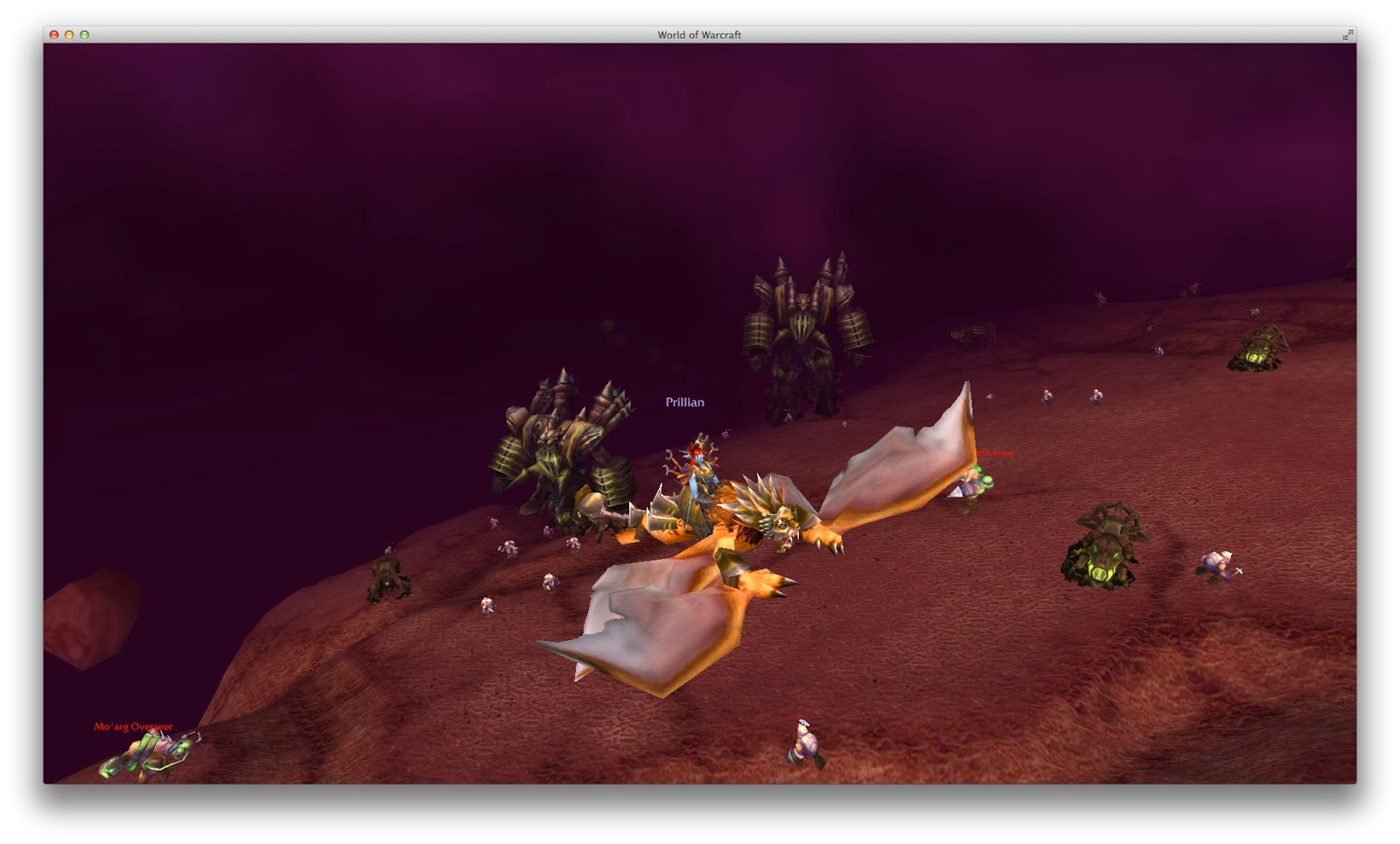 ProfessionsDE'ed all the greens I'd sent to my enchanter while levelling Shaman. Looked alot, so thought I'd try doing some enchanting levelling. Hit 600 easily with mats to spare! So now I can start making sha crystals each day.

LFR
- Cloak and pants - neither an upgrade!

Just wanted to stop by and say hey. I started listing shortly before the release of Cata. I am Kameo of Earthen Ring US GM of <Aberration> also Nikateen of Ctrl Alt Wow on winterhoof on Nov 20th we lost a great Friend and healer in our guild. His name was Ully he has been my right hand man for over 3 years. Anyone that have ever crossed paths with him know he would do anything for any one. I don’t really know what to say other then wanted to let the community know that he will be miss and always in our hearts.

Ps. I am sending this e-mail a few other places I just going miss him so much I wanted and world to know he was a great friend and person.

Hope this finds you all well and having a great week.
It's group huggles time :)
Was hoping to get an audio in to you this week however my hard drive decided to crash and burn!
Even though I backed it up awhile ago it seems I've lost everything.
So today's lesson is to remind everyone to regularly backup your files!
Anyway other then drives crashing, what have I been up to ingame!
It's been a busy week - I've been doing my daily grind and managed to get Exalted with Shado Pan, Klaxxi and The August Celestials. Got some pretty new mounts so was very excited :D
Also been busy doing Pet Battles - levelling a new team to 25 as well as a few different pets. Having alot of fun with them.
Am busy collecting and upgrading pets too - chasing the rare quality pets is keeping me busy busy lol.
I also managed to hit 12000 Achievements this week - completely amazed how far I've come in the 8 years I've played this game.
A big Happy Birthday to WoW - what an amazing journey it has been.
Too many great memories to share!
What are your favourite memories over the past 8 years?
Well I better stop typing and get this sent in so I don't miss the show :)
Have a wonderful show and big hugs to you all
Hugs Leeta xoxo
PS - Backup your files!!
PPS - Back them up regularly!!
Hehe

Big G (Audio)
Lets see whats new on my end not much hears my audio
Donnie (Audio)
Hey gang! Here's an audio submission. I failed to mention I have a screenshot of my Ashayo story. Hope to send it along when I get home. Take care!
Nekrobobs (Audio)
Hello wonderful CaW crew,

Its Mr. and Mrs. Nekrobob with an audio submission for this weeks show. We've been crazy busy building the props for the new Christmas show and have had no time to play WoW.
So much so that we completely missed the "Pilgrims Bounty" event (big sad face)
We do however hope to finish the "Feast of Winter Veil" event this year as we'll be taking most of the month of December off. My father, "Papa Nekronomicon" will be coming to visit for six weeks to spend Christmas and New Years with us (big smiley face).
Its going to be great fun having the whole forsaken family together for the holidays.

Thats all for now, we love you all so very much,

and remember Undead love is forever...

I've been meaning to write you all for quite some time, especially after you read my iTunes review, which had me grinning ear to ear while listening. I love your podcast which I look forward to every week and I guess I must talk a lot about it because if I have my headphones on and am laughing my head off my husband always asks: "Big G?"

While I don't have the amount of alts that you all have, I do have several alts spread over a few servers. Right now I'm mainly on one server playing with my guild "We Can Not Heal Stupid" and we just reached level 25. My main, Caitrin, is a mage and by far my favorite, though I do have 2 other level 90's aside from her: a shadow priest and a hunter. In between keeping up the farming on all 3 level `90's, I have narrowed down who needs what rep with who so that I'm not trying to get revered unnecessarily as I don't have the time. My main, on the other hand, always gets exalted with everyone, whether she needs it or not, just 'cause. I guess it's an OCD thing as I'm the type that has to fill the green bar all the way to 999/1000 on my main, otherwise it drives me crazy. Today I'll get exalted with August Celestials (talk about a grind! oy!) and then all I have left to do is get exalted with the Prince and Nat Pangle - though Nat is going to be one that I do when I'm bored and waiting for the next expansion.

I've also been leveling a resto shaman (she's 65 now), which I'm finding to be hella fun as well as a brewmaster monk, which I've been using to dabble in tanking. I'm not really a melee type player, I'm more the "stay in the background and be a sniper" type. While tanking has been fun to a certain extent, my current running theory is that most tanks start off as decent, hardworking, kind, caring, and most of all helpful people and by the time they have leveled all the way and then run through a few raids, they come out the bitter, angry, resentful, and hostile bunch we all know and love to hate. I know I'm painting a grim picture and not all tanks turn out that way (I personally know some great ones).. but I'm only level 25 on my monk and I've already gotten yelled at and called various names because I didn't do something or go the right way… or whatever. I totally understand the irritation that can arise from playing with a max level player that you assume should know some things beyond the basics, however at level 25? C'mon.  Many players seem to forget that there are totally new players out there as well as others like me who are trying something that they haven't done before. However, that all being said, as long as my minimum quota of fun is being filled, I'll keep leveling the monk as a tank.

That's about all that is going on in my world of warcraft and I really appreciate being able to hear about your playing experiences. I would love to be able to join Clan of Darkness and I already have a level 34 undead mage on Earthen Ring named Makaria. I've been wanting to level some Horde toons and get the full storyline from the Horde side and your guild seems like bunches of fun. I was thinking I could contribute a weekly email (well, bi-monthly for sure - I have two small kids) where at the end I give a lesson that I have learned over the last week as well as any good guild names I run across just because they can be so funny. So here goes:

Lesson I learned this week: Don't leave your keyboard where your two year old can get to it when you get up. I was running a dungeon, had to use the bathroom, came back to find that my little darling had woken from his nap and had pulled the boss with my toon by running straight into the boss. The rest of the group was asking if I was having a sudden seizure as my kiddo was slamming the keyboard, making her jump, run, and generally jerk about. Fortunately the group I was with had a great sense of humor and I promised my two year old he could have his very own toon one day as long as he stopped trying to ostracize mine and he had done all his homework. :D

Best Guild Name of the Week: "Exalted With Your Mom"

Cheers to you all and hopefully I'll see you around Azeroth!
Caitrin

This is a P.S. to my original email I sent a couple of days ago:

I was listening to you talk about trying to run the gauntlet of tornados in Heart of Fear. You may have gotten some answers to this by now, but just in case, I wanted to suggest what worked for me after several attempts that kept me spinning down that hall the whole fight. I typically move by using the joystick on my Nostromo which has me staring down at my toon at the default angle from behind. I could run around a few of the tornados, but I would always end up not being able to anticipate where I needed to go at some point and that was the end of that. I was about to completely give up on that aspect of the fight in LFR when, out of an old habit of moving, I pressed down both mouse keys to go forward. While I generally find being level to the ground and directly behind my character annoying as it is a very restricting viewpoint, it turned out to be perfect for the tornado gauntlet. Looking at them straight on and swerving my toon with my mouse around the tornados got me to the boss every time except once when I accidentally blinked into one, but that doesn't count. :D

Caitrin
Posted by Aprillian at 3:27 PM