Aprillian, Leeta, Rogueslayer and Tedrah discuss another week of playing World of Warcraft, Blizzard's great MMORPG. Contest Ongoing send an email to ctrlaltwow@gmail.com telling us how you play WoW, either as an altaholic or dealing with it in your family life to being placed in a drawing for a WoW Pet or an Authenticator. 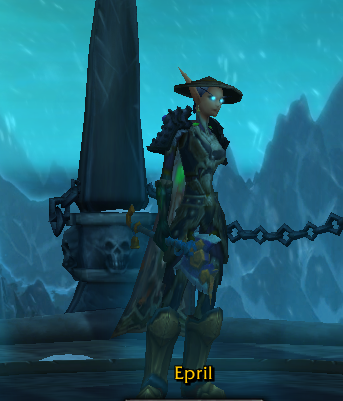 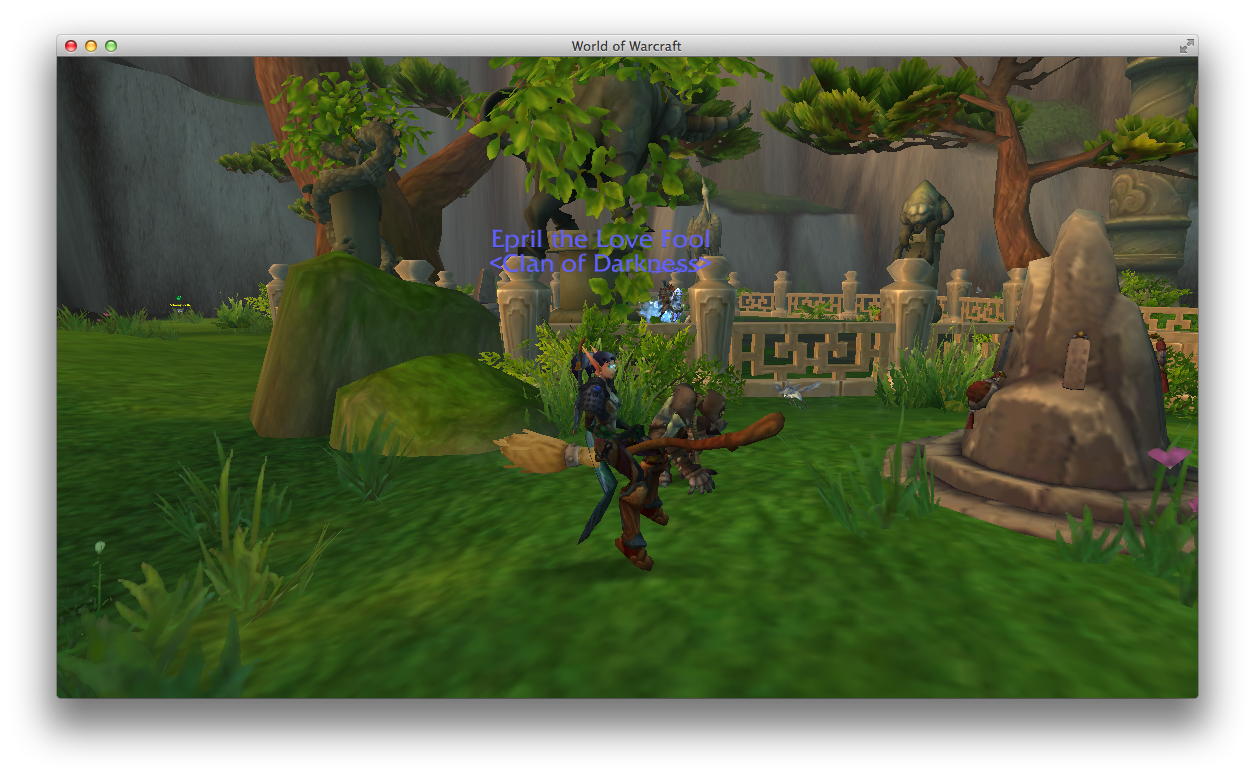 1/ Got the last cooking recipe from Guo-Lai Halls - used a Potion of Luck which lasts 20mins and grinded through the mobs until I got a few keys to open the chests
2/ Hallows End - did a run with Ashayo and Kimolly - mount dropped! Woohoo \o/ 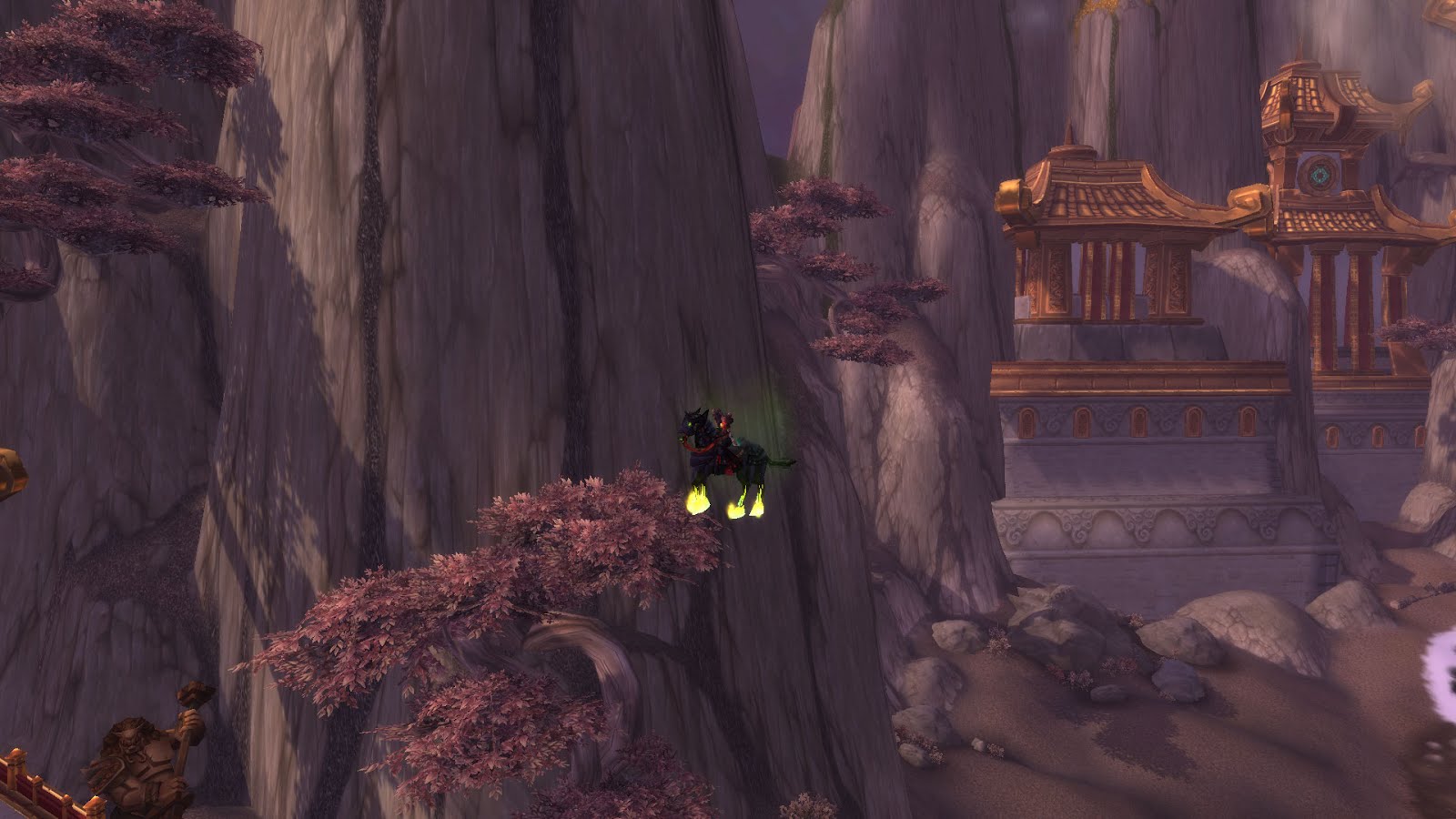 3/ Side project - TNAK Guild - Mage hit Lvl35 today and guild hit Lvl15
- still struggling with herbing and inscription as outlevelling the zones and with all the experience you get from questing, herbing, daily fishing and cooking it does feel like the levelling is fast
- also hit Lvl40 on my Warlock - so much fun to level another Warlock

4/ Had fun with Aprillian on Timeless Isle - killing and looting 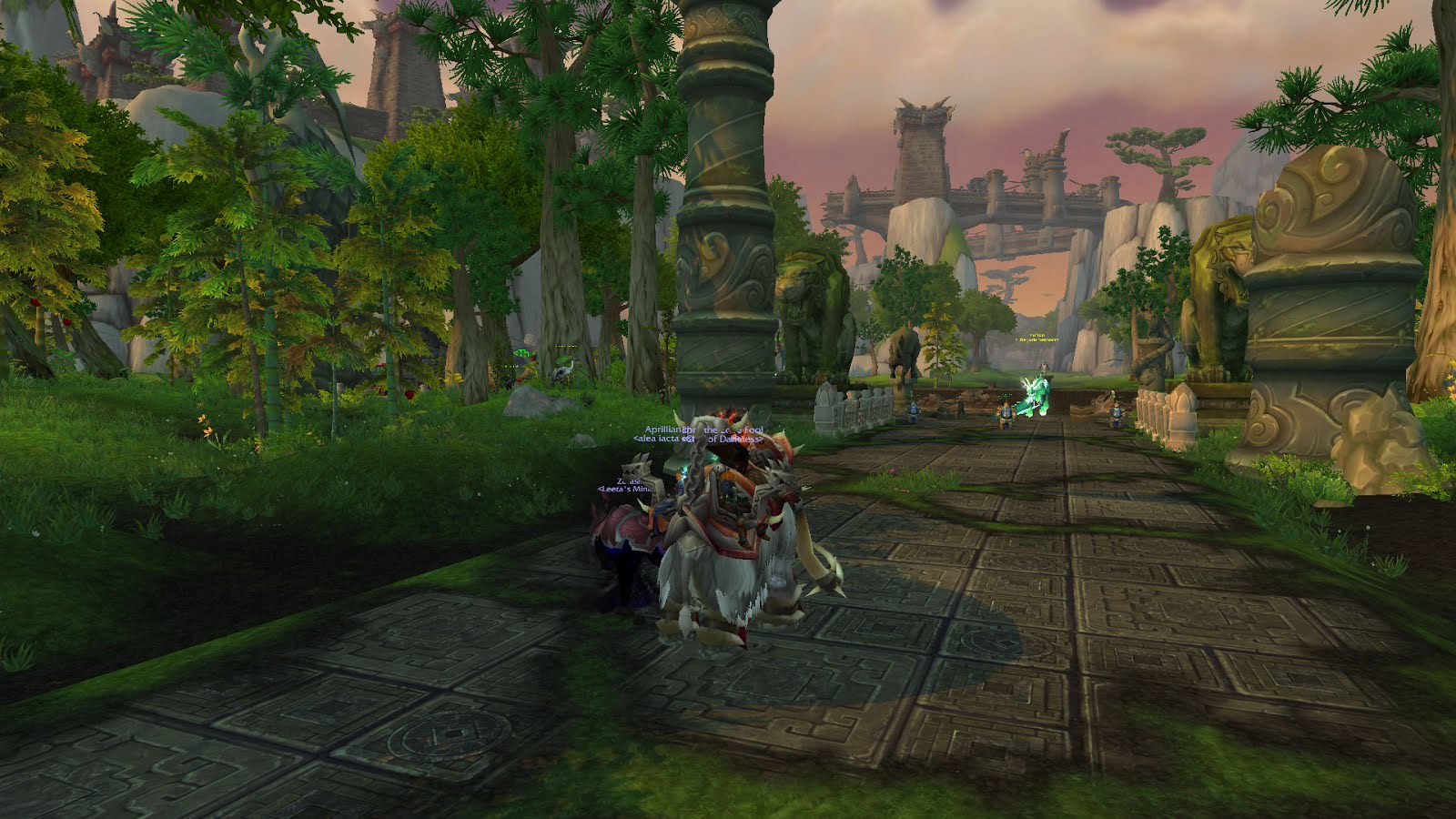 5/ After restart last night I logged back into WoW and Matahorn telling me the Auction House was closed. So I had to go check it out for myself! I don’t remember ever seeing this before! 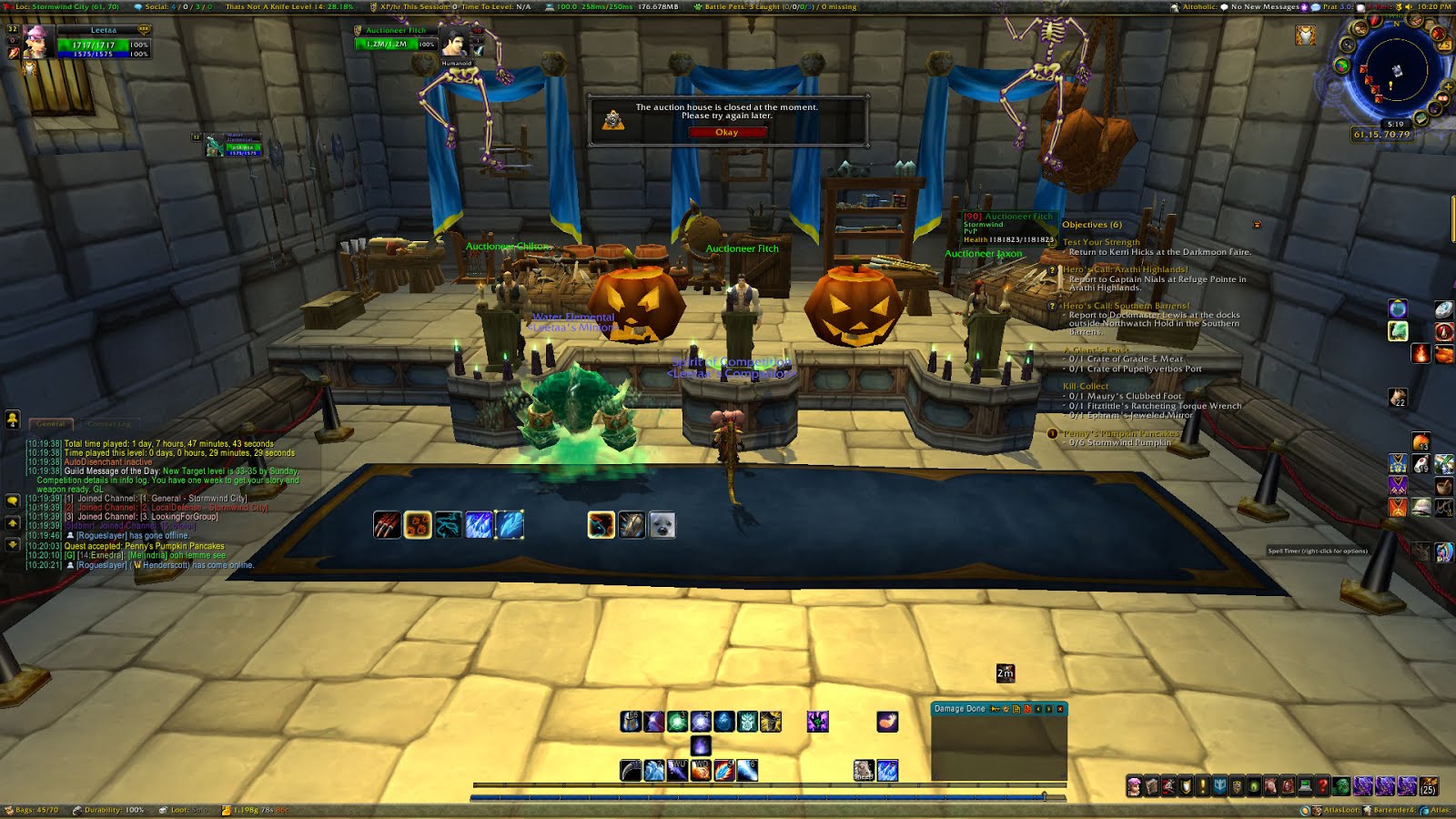 Sorry not much to say this week
Big G

Posted by Aprillian at 9:29 PM