Ctrl Alt WoW Episode 371 - Should Aprillian Come Out of the Gaming Closet?

Hiya Aprillian, Leeta, Rogueslayer, Tedra & all our awesome wow family!
Hope everyone is having an amazing week in and out of game :)
Hi!!! Yeah I'm excited right now, here it's almost 1am and I'm just now getting around to writing this! Why do you ask am I up so late? Well I had the most awesome time tonight with guildies, Rokwyn, Wingy, Rain then Mata joined us in mumble :) Got too say I love mumble thank you Juuno best present she could have given. Wingy always makes me laugh, which we all need to do, no matter if he is singing or rapping it's all good! And I'm happy that Mata is back of course he is on holiday and in a wonderful mood. So watch out we all know who will be in first place for the next couple of weeks, yep give it up done of us has a chance. Mata is leveling again and yes we all know what that means lol Those I kept expecting Big G to join us and he didn't, so what are you up too Big G? Oh and Coggie came on the game just as I was getting ready to log out, that ended a prefect night!
We did the Friday night run and it was a blast, in a way I hate to see it come to an end. Cause now I know that our guildies are on their final challenge. Wish I could be a fly on the wall so I could watch them and I'm sure I'm not the only one with that wish. There are a few of us that have invested time into this adventure and hoping them all the best. Kick butt guys we know you can do it! And if any of you need to run a few more dungeons or raid this week just let us know Rokwyn and I are in running you through any thing you need :) If you don't catch us on the game then send us a message on our facebook guild page.
Okay enough of that I sound like a mother I know,sorry for that. I did send pets in the week so Rogueslayer will hand those out. Mata took first place in the second guild so he'll get something a pet most likely :) Anyway love all of you!

Love & hugs
Pixie & Juuno
PS Juuno sends her love and no she has forgotten about anyone only real life is here, so she is busy doing real life things.
PSS Welcome to all of our new guildies glad to have you with us, and if you need anything please let us know :) 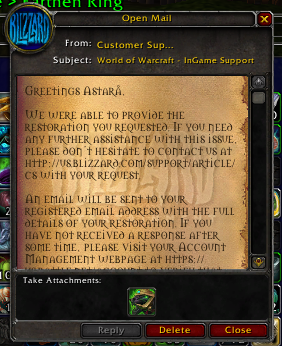 On a budget so I’m farming mats with Epril and Tiiaa
Astara making progress
Some Hearthstone, won a game
Had the same problem as Leeta 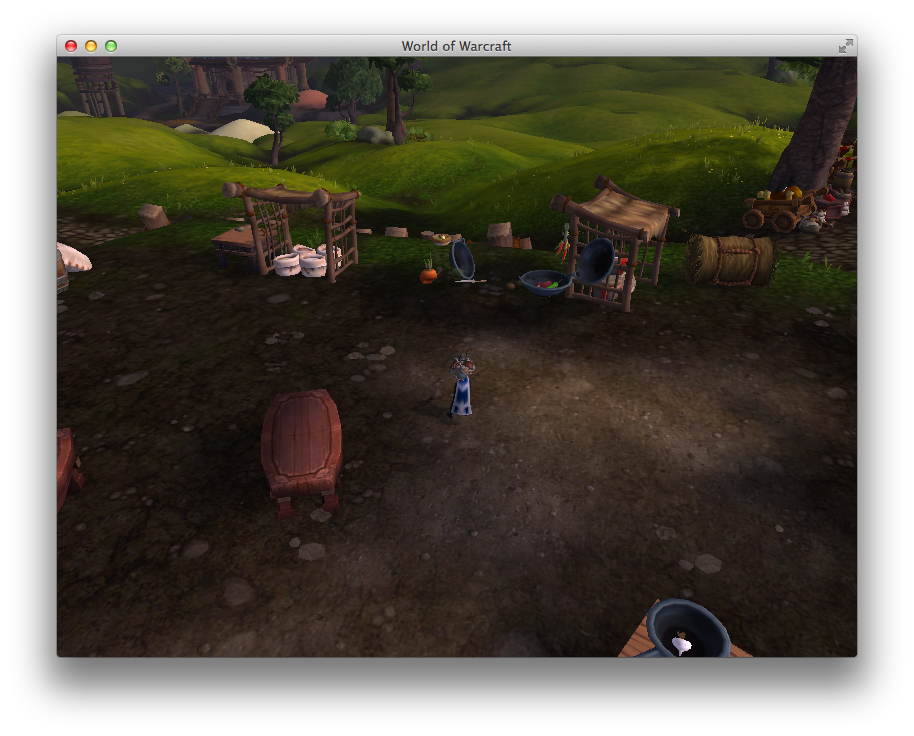 1/ Leeta
I did not spend all my time hunting rares on Timeless Isle (ok maybe only 98% of the time I was) however we did do a few mount runs  and I am keen to say that my luck from Timeless Isle has carried over lol
Zul Grub, Tempest Keep, Malygos, Stonecore, Onyxia - no mounts!!
We also had a little fun taking on the Warbringers - no mounts but we did get some cool Bind on Account rep bonuses!
2/ Server Restart Wednesday night!
I log into the game to... 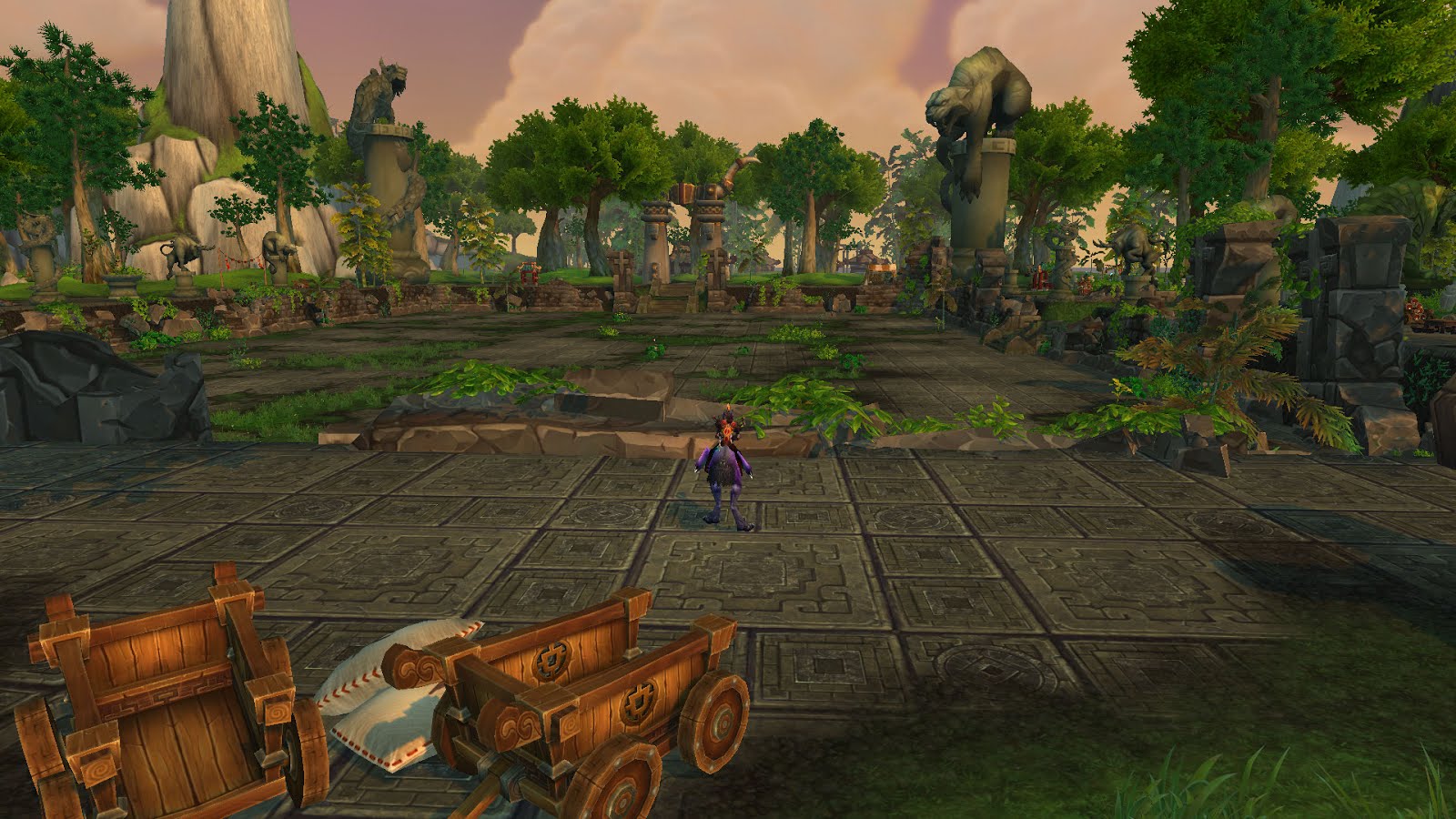 And to make matters worse!! 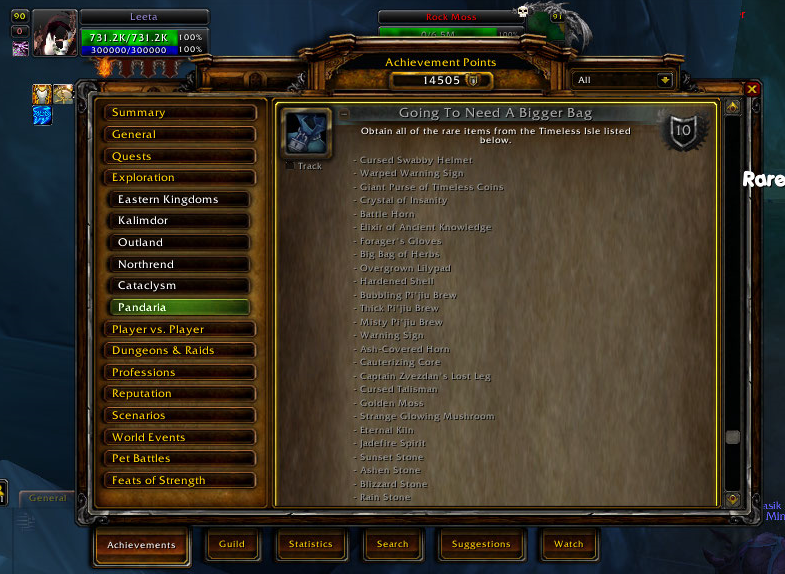 I nearly fell off my chair!!  So I ended up logging early as the game was unplayable and hoped that all would be fixed for the next night!
And it was!!! \o/
The next night I even managed to get the Gulp Froglet pet! And tonight Skunky Alemental dropped!
And yes I have been round and round the Timeless Isle to no avail for anything else to drop so far!
3/ Ulduar - Herald of the Titans Gear Run
Big thanks to Wingy, Ashayo, Pixiegirl, Mel, Lokwyn, Duvessae, Preck, Willowpelt and Grand Nagus. 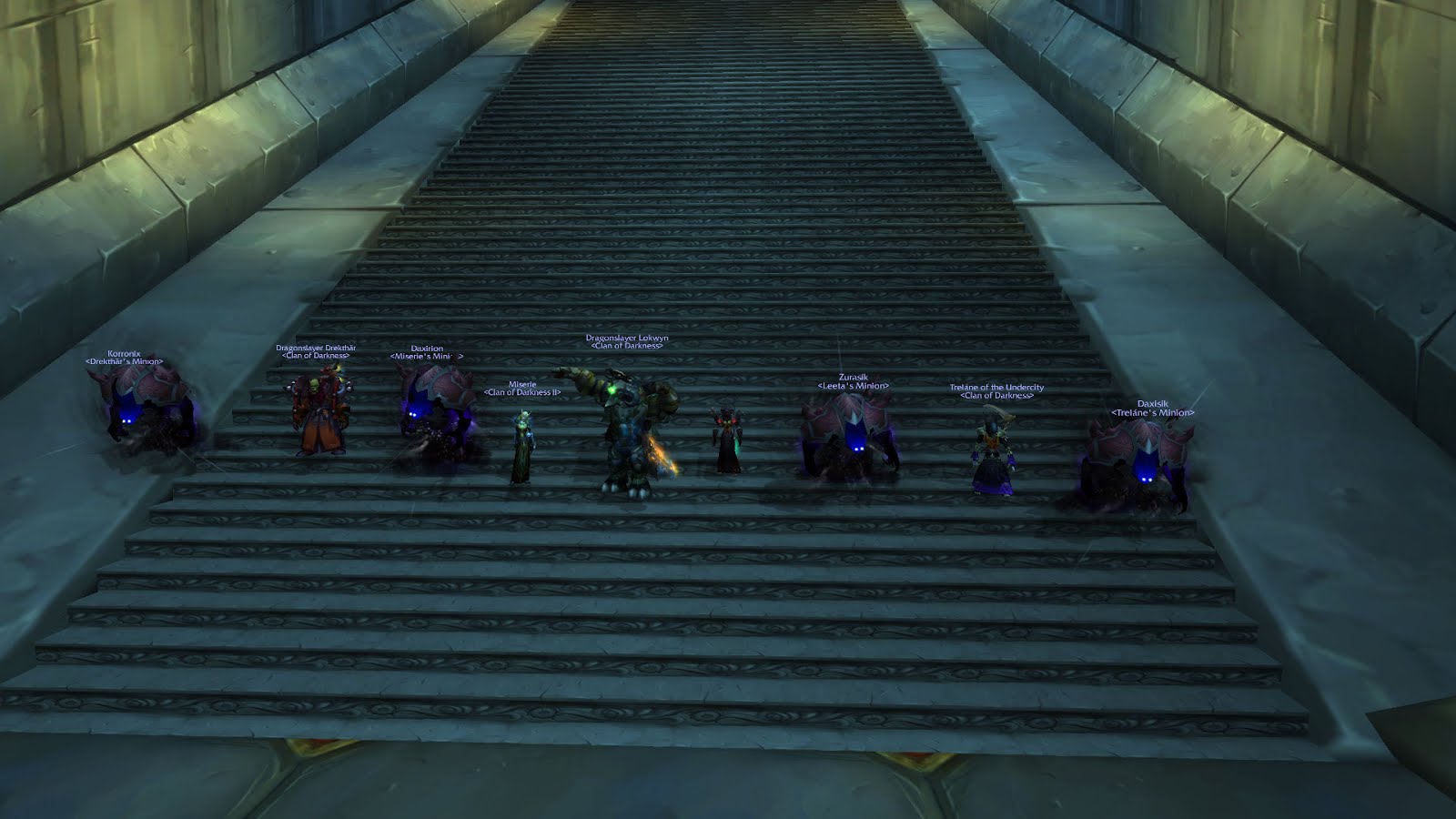 I call this picture “4 Warlocks and a Pally strut into Vaults”
We managed to get a few achievements however when we did Disarmed the achievement did not come up so I put in a ticket.
http://www.wowhead.com/achievement=2954/disarmed-25-player 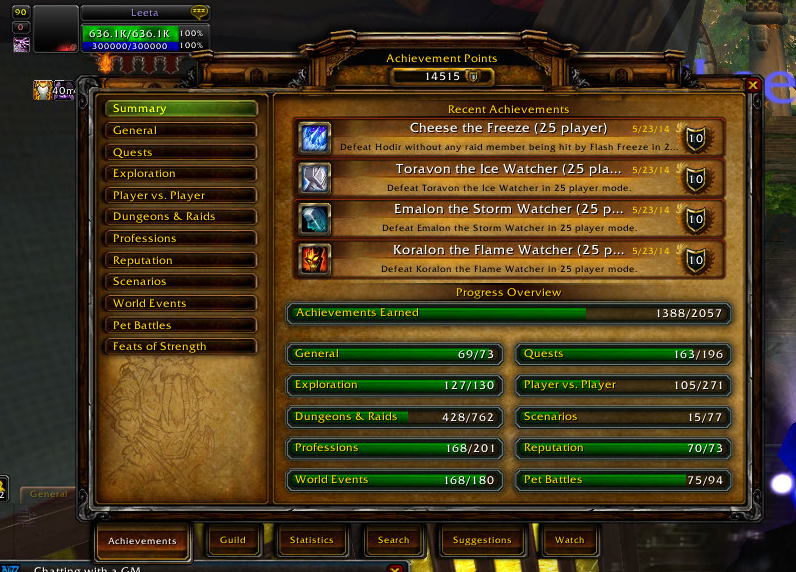 Before the GM chat! 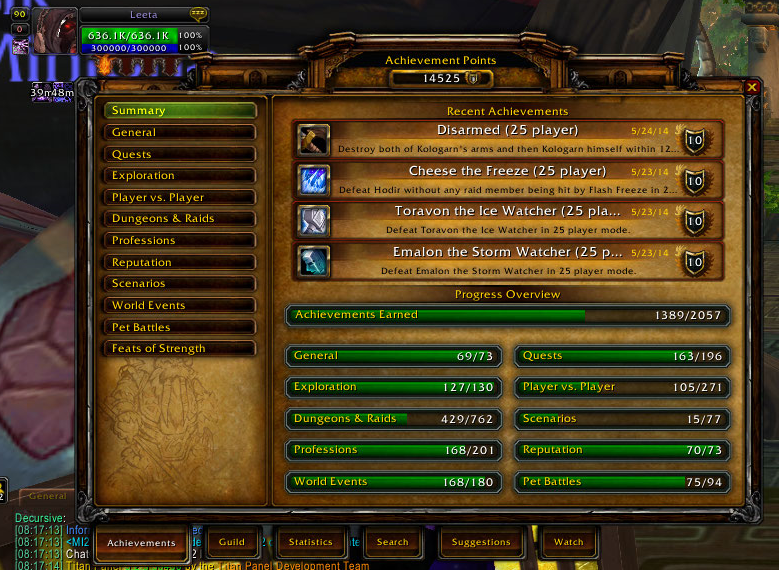 After the GM chat :)
Big thank you to GM Srimeyyllaa for fixing the issue!

Voltandra
Not alone on Sunsong Ranch: 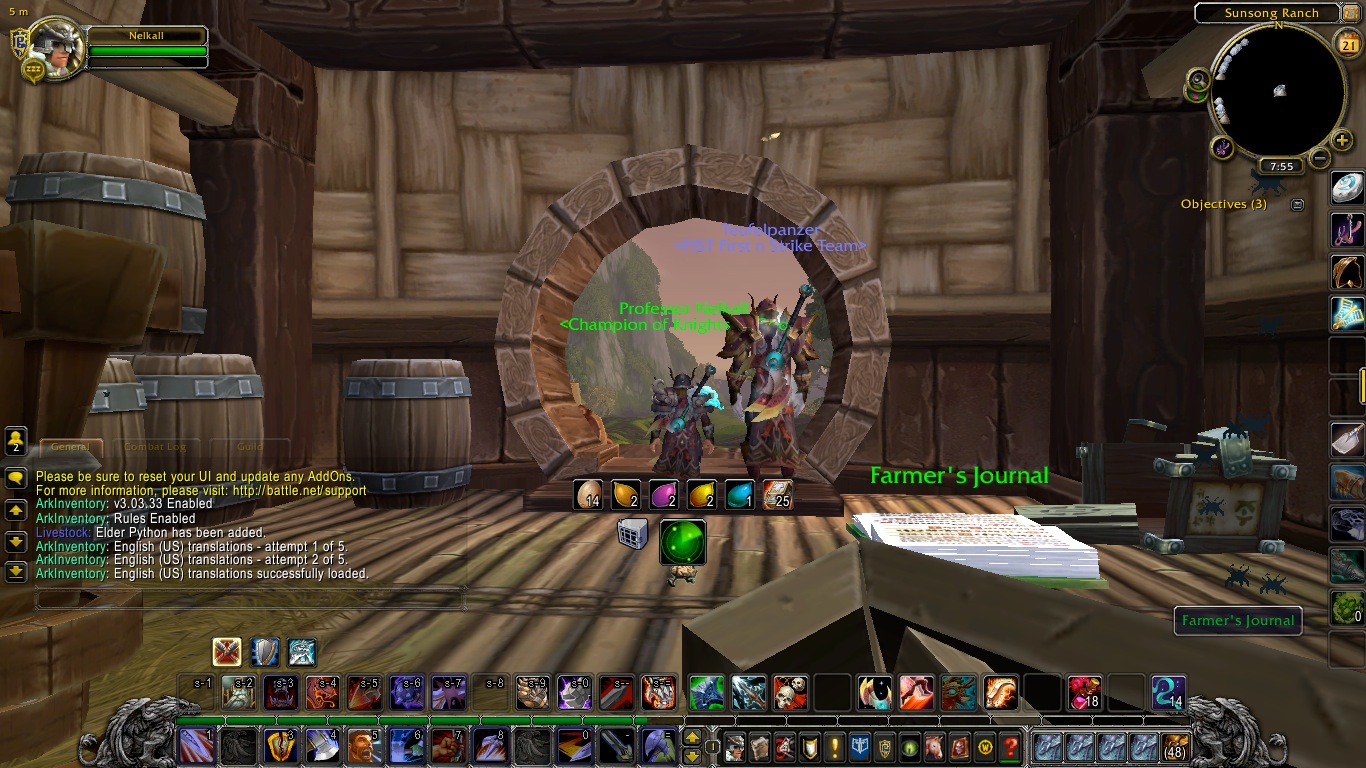 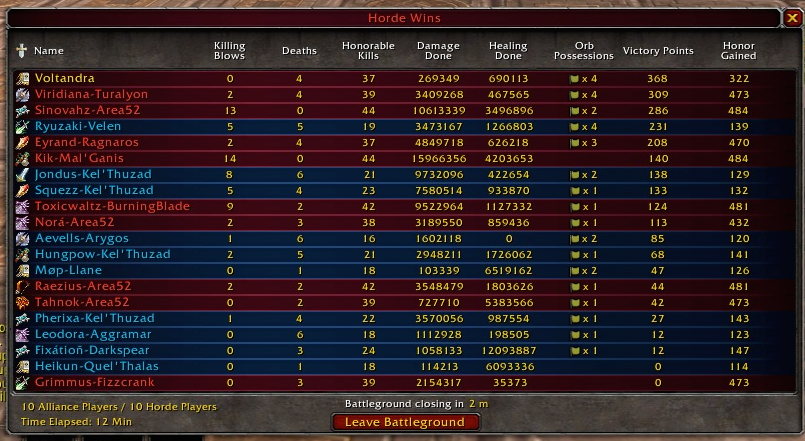 Drake of the West Wind: 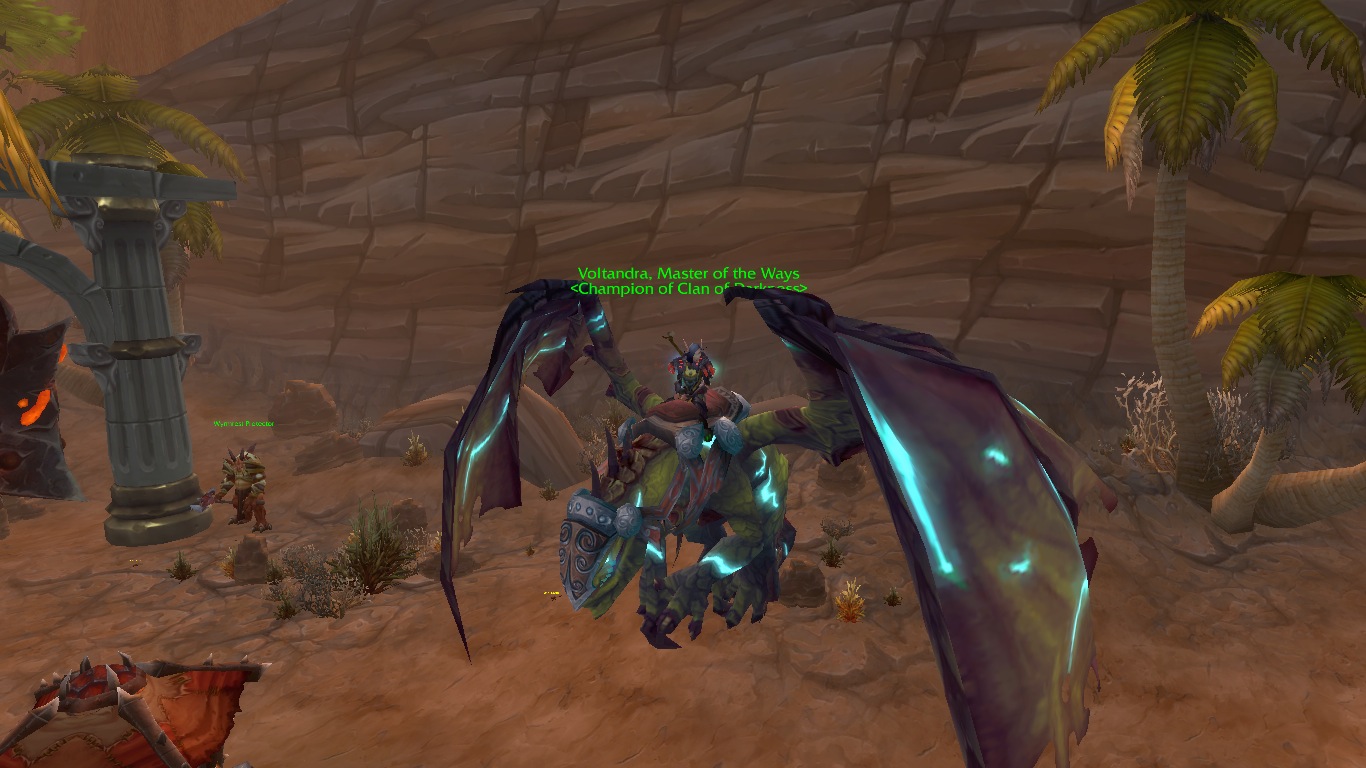 It's Saturday afternoon and I've really not done anything to speak of this week, WoW or otherwise.  Just decided I didn't want to go two weeks without saying something.  I feel really bad that I backed out on the raid on Friday night, but as any of you who are friends with me on fb know I've not been feeling particularly shiny lately.  I do believe "Don't pet the angry weasel" is more like it.  I've spent most of my laughably small amount of free time either sleeping or watching old tv shows on netflix while managing to say mean and nasty things to people who don't deserve it.  (Hence the email instead of audio.  I can re-read and edit myself.)  I'm going to spend the day today catching up on the housework that piles up over the two weeks I have work and kiddo things doing, and if I get done I am going to treat myself to a matinee of the X-Men tomorrow.  (And if I get done SUPAA early, I may log into WoW for a few minutes tonight.  Dunno yet.  We'll see.)  But in case I do - this is a blanket apology for anything I say that may come off as brusque - I don't really mean it.  <3

Love to my CAW and CoD family - you help even if you don't think you are.


Guild request
Hi, I'm emily, known as Foxenfire. My friend Cobblesmythe informed me you're the Best Guild Ever with an awesome podcast and said I should suck up to see if you'd let me in so I can play with the cool kids. It would TOTALLY help make up for all the time I spent at the nerd table in high school, roughly four billion years ago.

Off to get completely obsessed with your podcast now. If you hear a noise at the window tonight, it's just me, scratching for acceptance. 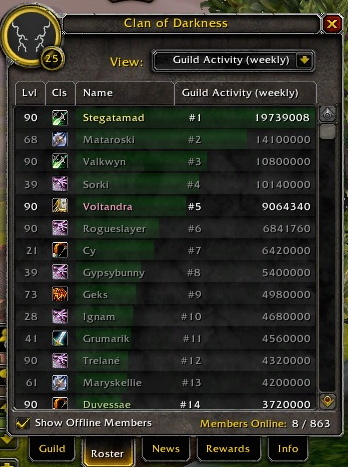 Thanks Vrishna for the donation and emotional support

Posted by Aprillian at 6:28 PM