http://ctrlaltwow.podbean.com/2012/12/19/ctrl-alt-wow-episode-299-%C2%A0not-drunk-just-tired-she-says/
Aprillian, Ashayo, Tedrah and Jeppy discuss another week of playing World of Warcraft, Blizzard's great MMORPG. Contest Ongoing send an email to ctrlaltwow@gmail.com telling us how you play WoW, either as an altaholic or dealing with it in your family life to being placed in a drawing for a WoW Pet or an Authenticator.

Sorry! Running behind again...sending 3rd pic and link after this so you're not waiting!  Love you!
http://us.battle.net/wow/en/blog/8163078 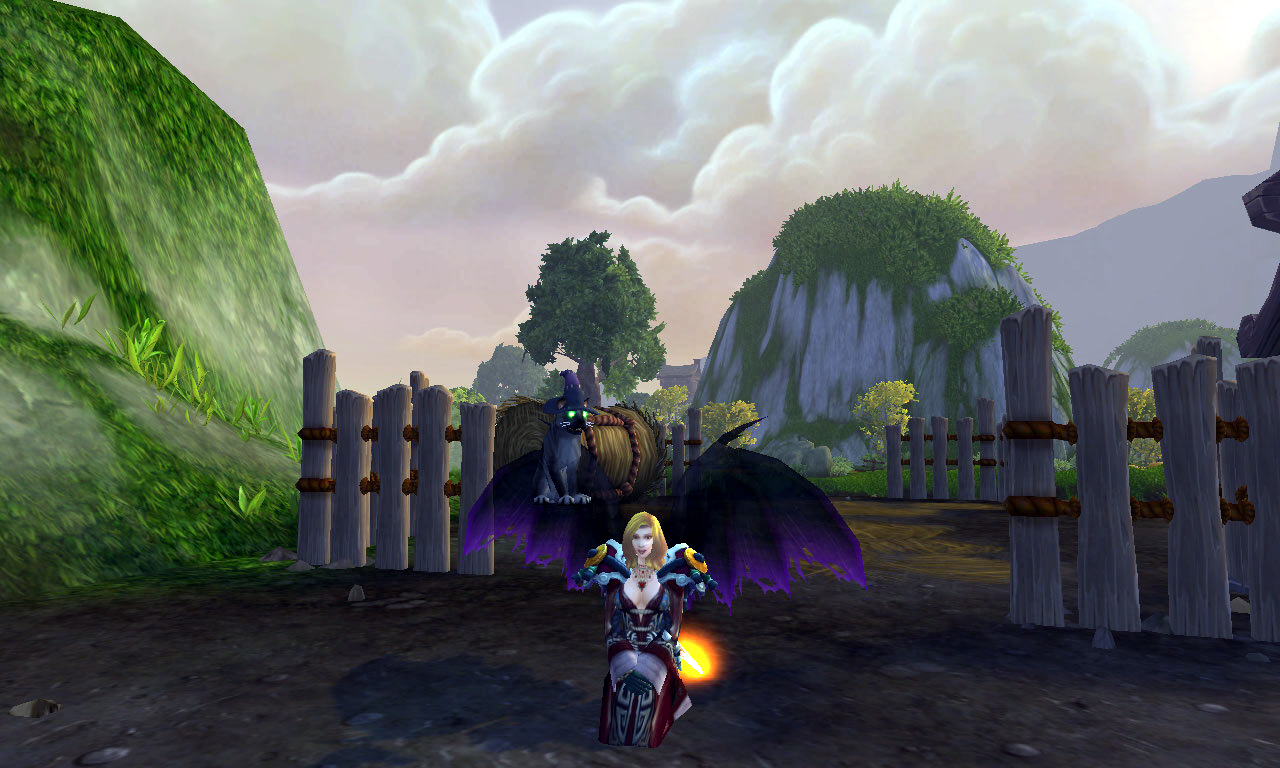 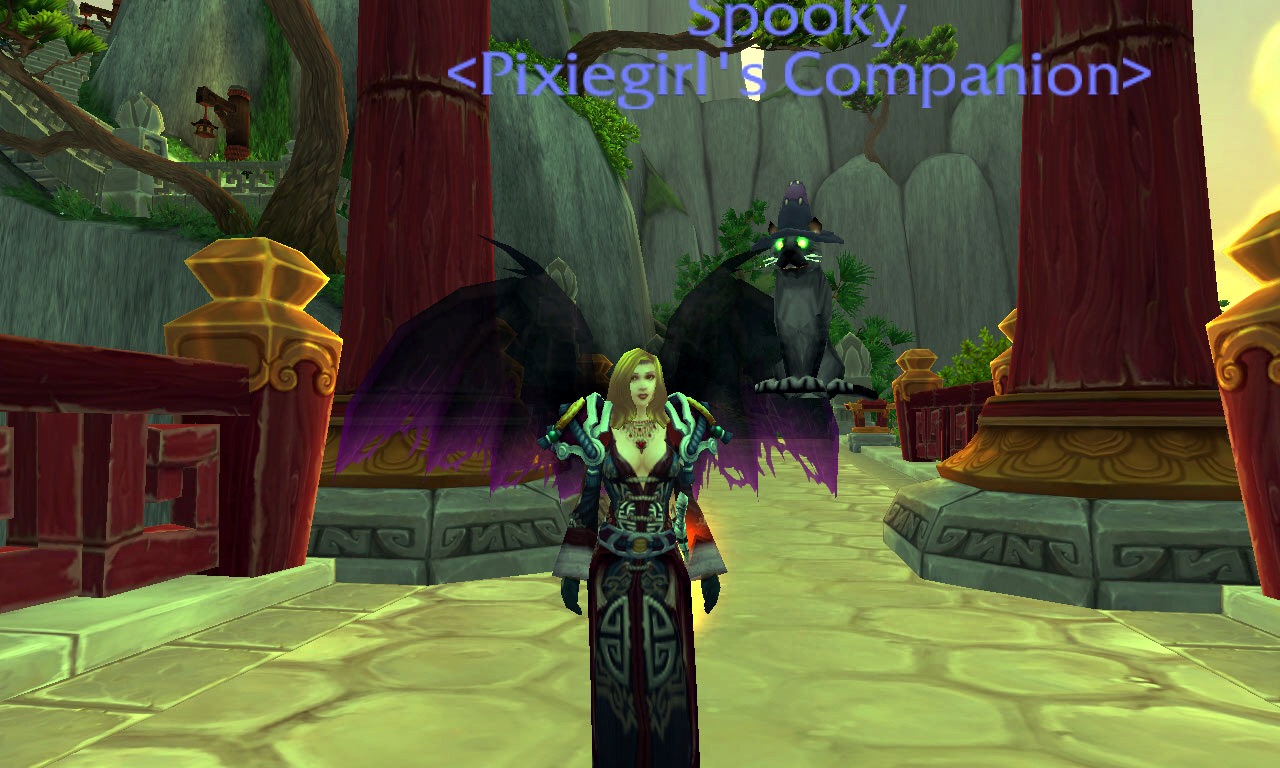 
Levelled Ashayo to 86 so I could quest in Krasarang Wilds to grind for motes of harmony. Wanted to make BoA Inscribed Crane Staff. Spent quite some hours getting the 50 motes to drop. It says on the item "This item starts a quest" I'm thinking Battered Hilt, so I did the quest... it destroys the staff.
Sha - nothing!
Finally killed Galleon. No loot
Cave dailies for Dominance Offensive suck for dual boxing! Honored with Dominance Offensive. Nice ring upgrade.
Winter's Veil. Do daily - 29JP. Got Lump of Coal pet on Ashayo first day
Used Justice points to upgrade head and main hand weapon. Now i479. Then remembered head was what I was aiming to upgrade with valor

Hi my lovely huggable CAW crew! Caoboi and I have been playing Mists every single day. That's how I know I love it way more than Cataclysm.

Our daily routine is to get on, take care of our farms and do the dailies in Halfhill. Even though we are exalted with the Tiller's, it makes good money.

We've changed the dailies we've been doing as we've been reaching revered/exalted but the current daily rotation after Halfhill is Domination Point, August Celestials, and Golden Lotus. We make crazy amounts of money doing this.

We are still doing LFR. Our gear scores are around 477 but we still haven't found a raid group. I'm itching to raid with a group but I'm picky. I want them to be fun, competent, and be willing to accept Cao and I as a couple. It's harder than it sounds!

Cao and I got the Higher Learning Achievement! And we did it all in one day, if you can believe it. We did a lot of traveling to Dalaran every couple of hours to check on those books. There is no way I'm doing that on another toon. But if anybody wants to do it, get the addons Higher Learning and Dalaran University that will help you with your time management.

My solo time in WoW is spent doing one thing and one thing only. Pet battling! As I've said previously, my goal is to go around to every zone starting with the lowest, getting all the pets I don't have for that particular zone. I have to get a common, uncommon, and rare of each kind. Some zones go faster than others. I spent a couple days in Teldrassil trying to find that one I needed. You all can think I'm bonkers if you like. I'm sure a lot of people do.

Phew...I feel sorry for whoever had to read that huge tome of an update. I hope you all are doing amazing! Next time I write, Iceflow may have changed from small and green to curvy and furry. Maybe ;)

Love you all to bits,

Hey Aprillian,
Hey I always like to contribute with audio or email to the show and sometimes I just don't have much to say. So I was wondering if I could do a little segment in an audio that gives a small shout out to guildie achievements. Like those that hit 80 or level of significance, lore master, etc. I can pick those up right off my mobile app. and keep a tab till a daily deadline then send em in an audio. I don't have to be in any official capacity or anything and I would completely understand if you say no to my inquiry with no questions asked. In fact I could send you a test audio on Monday if you'd like. I figured that would be a good day cause most people do their majority on the weekend. Let me know.
Thanks, Donnie

Attached is an audio. Yes, can you believe it? Anyway, I had to speak quietly at my dungeon desk and didn't have a lot to report but it's something at least! Can't wait for EP 300!

I'm new to the podcast community and Ctrl Alt WoW is number one on my Stitcher list.  I discovered you about the same time that MoP launched and have been wanting to contribute, and with the Winter Veil and indeed Christmas season upon us, I thought I would thank you for the gift you have given me.  Sorry if I'm kind of verbose, but once I get going it's hard to stop.

My WoW career began about halfway through BC and while I wanted to be a good player, there was just so much to discover and experiment with that I did almost everything wrong (or so I thought).  I rolled a bad race/class combination, gave him a really bad name and picked the wrong primary professions.  I had fun questing though, and eventually joined a fun but drama-filled guild and made a few good friends I still have today.  Toward the end of BC my son's mother started acting erraticly due to a previously unknown mental disorder and I was forced to assume sole custody for his safety.  I also had to quit WoW because I didn't know how to juggle work, my new single dad status and WoW.  I actually quit the night before WotLK went live, but I had single handedly saved the isle of Quel Danas, so all was good.  I didn't buy the title though,
because 1000 gold was considered a gold sink back in the day.
Later that year my father was diagnosed with Alzheimer's disease and due to my mother's limited mobility I moved back in with my parents to provide assistance and what little medical care I could offer.  I re-subbed near the end of Lich King and found a happy medium with my family and game time, playing mostly after the kids went to bed.  I started making an effort to excel and eventually became a pretty well respected hunter on my server, stupid though my name still was.  As my father began to decline further, my mother began to have heart issues combined with COPD (emphysema) and though her mind was strong, her physical health began to decline to the point where I became responsible for everything.  I was excited to be a part of the Cataclysm launch as it was my first time logging in at the beginning of an expansion.  I maxed my characters (at the time four 85's and one 80) and started looking forward to heroics.  As it turned out, the PUG's I had to run to get geared for end-game content were so brutal it started ruining my enjoyment of the game.  After about nine months of Cata, I was out again.  In April of 2010 my dad was mercifully released from his earthly torment and it was just me, my kids and my mom, who was still declining steadily.
We live in a small town with a small tourism industry, but no real jobs.  In order to be available for any family
emergencies I eventually had to leave my primary job (50 miles away) to take an unskilled job in town, effectively cutting my income by two thirds.  It was jarring and depressing, but it was necessary for my family's emotional stability.  I was able to pick up some of the slack by working odd jobs and performing with my band, which has been playing the local circuit for about fifteen years.
So we end up in September of 2012 and I'm officially old, my kids are growing, my Mom is getting closer to "home" as she likes to call it.  I haven't been on a date in six years and scarily it doesn't bother me.  I buy the digital download of MoP and start looking for something to listen to at my very solitary and lonely job when I type "wow" into my stitcher search box.  I clicked on Ctrl Alt WoW and was introduced to my new friends I've never met.  I learned a few helpful hints, but what I enjoyed was the witty back-and-forth and the different personalities.  Aprillian--and I mean this with the utmost respect and affection--is like a cross between Lorewalker Cho and Li Li.  Wise, yet playful and childlike.  Jeppy is always seamlessly weaving witty and pertinent commentary into the conversation.  Ashayo is a total pro but doesn't feel the
need to broadcast it.  What a great voice, too!  Not necessarily the accent, but the timbre and resonance too!  If you're not doing VO work, brother, you should be.  Compared to you, Ashayo, Russel Crowe can suck it!. Last but not least is Tedrah, tending to the chat room in the background, but tying the whole show together.My point, however, is this:  Since becoming caretaker for my family, Wow has been both my entertainment and primary social outlet.  As central as it has been to my sanity, however, it pales in comparison to discovering your podcast.  Your show makes me smile, and outside of watching my kids grow, smiles are a very limited commodity for me.  This will most likely be my mother's last Christmas and it's going to be a little light for my kids gift-wise, but Ctrl Alt WoW has vastly improved at least two hours of my life every week and gives me something to look forward to, and that means a lot to me, considering
my mostly solitary existence.
Please know that even though you may feel you're just having fun doing something you love to do, you never really know the scope of your influence until someone tells you.  So thank you for the "gift" of your podcast.  I look forward to listening to several hundred more episodes.

PS:  It is very late here and I'm very tired (which I always am) so I know it's not very well written, so don't feel compelled to share it on-air unless you want to put your listeners to sleep, lol.
I am Blood Elf

An enthusiastic hello to everyone at Ctrl-Alt-WoW!  Another week, another battle pet.  A few rares have escaped my grasp along the way, either by dying before I could capture them (okay, sometimes I get carried away and forget to throw the trap), or by killing my pets first. The nerve!

I hope you enjoy the attached audio from Voltandra, who has become a bit reflective with all the holidays, mistletoe and snowballs.  Have a great week, and a hearty thank you to you, our gracious and entertaining hosts, for all the work you do on this great podcast!

Here is a little audio submission from the Necrobob's. We're currently hard at work on our Fishing faction rep-grind.

We hope all our guild friends are well and happy both in and out of game and they have all their Christmas shopping finished, wrapped and hidden away.

Much love and a very merry Undead-mas

Yay I have audio this week hope to listen live to the show this week and a shout out to Juuno who hopefully when she hears this she will have the Christmas present I had sent her.


Our hearts are with Leeta in the loss of her brother.


We also send condolences to the family of AIE Guildie Borgaz - http://forum.myextralife.com/topic/48431-borgaz-just-passed-away/#entry799931
Posted by Aprillian at 8:39 PM