Just a quick note...all the music I use in my caw submissions are from World of Warcraft, and this fun one is from the oceans around Draenor... just thought I'd mention that, hehe.  I hope everyone's doing great! 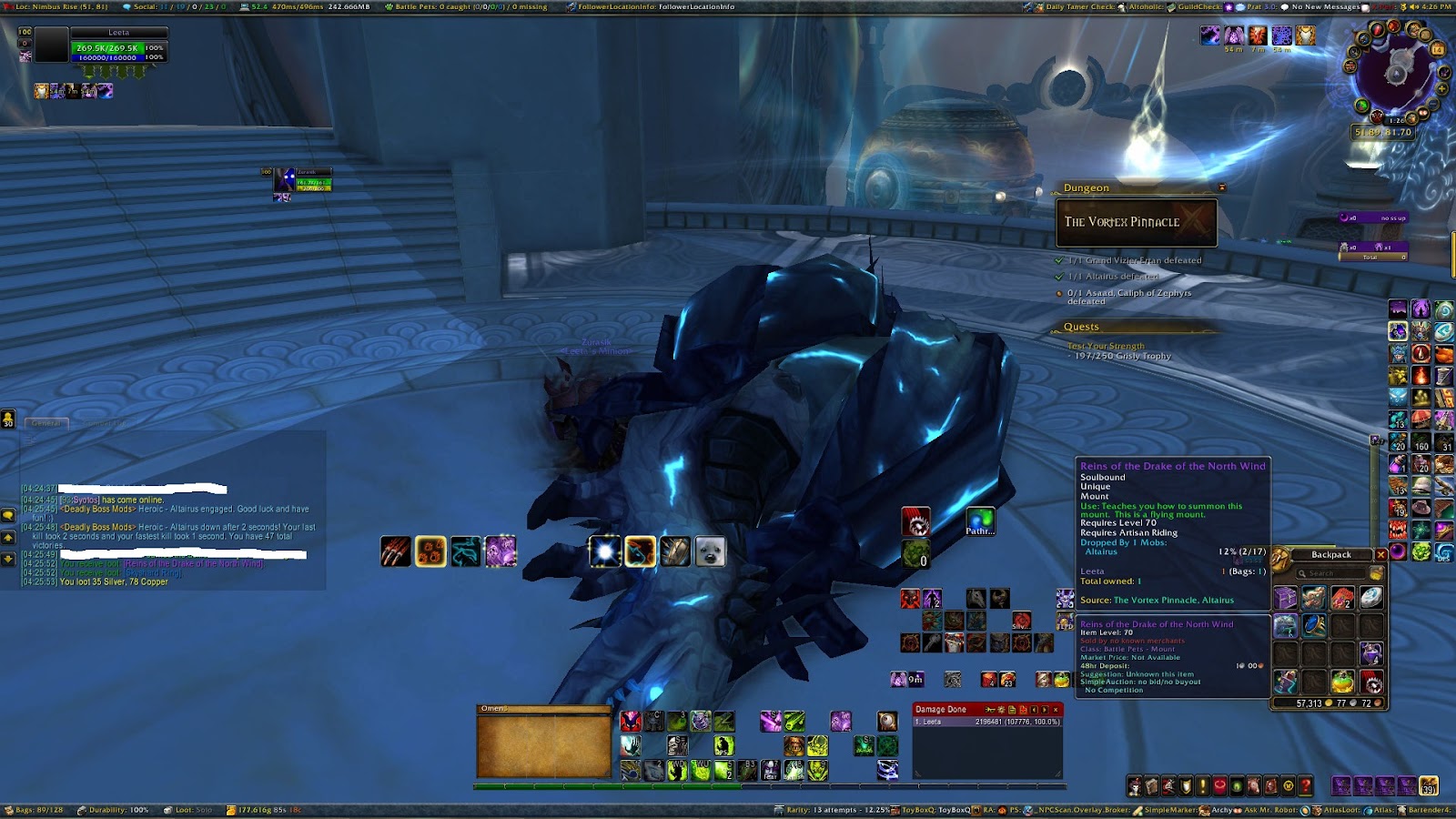 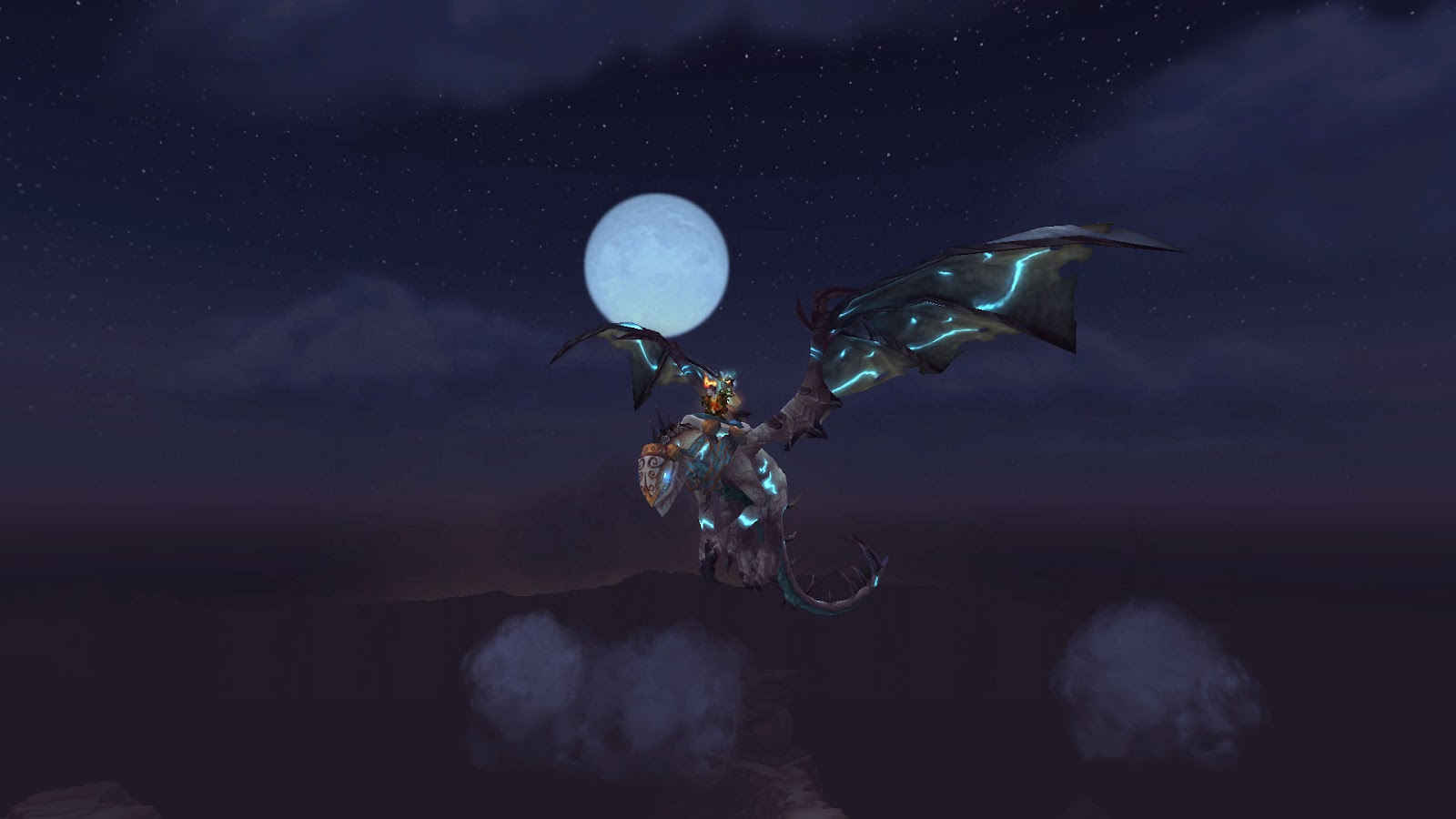 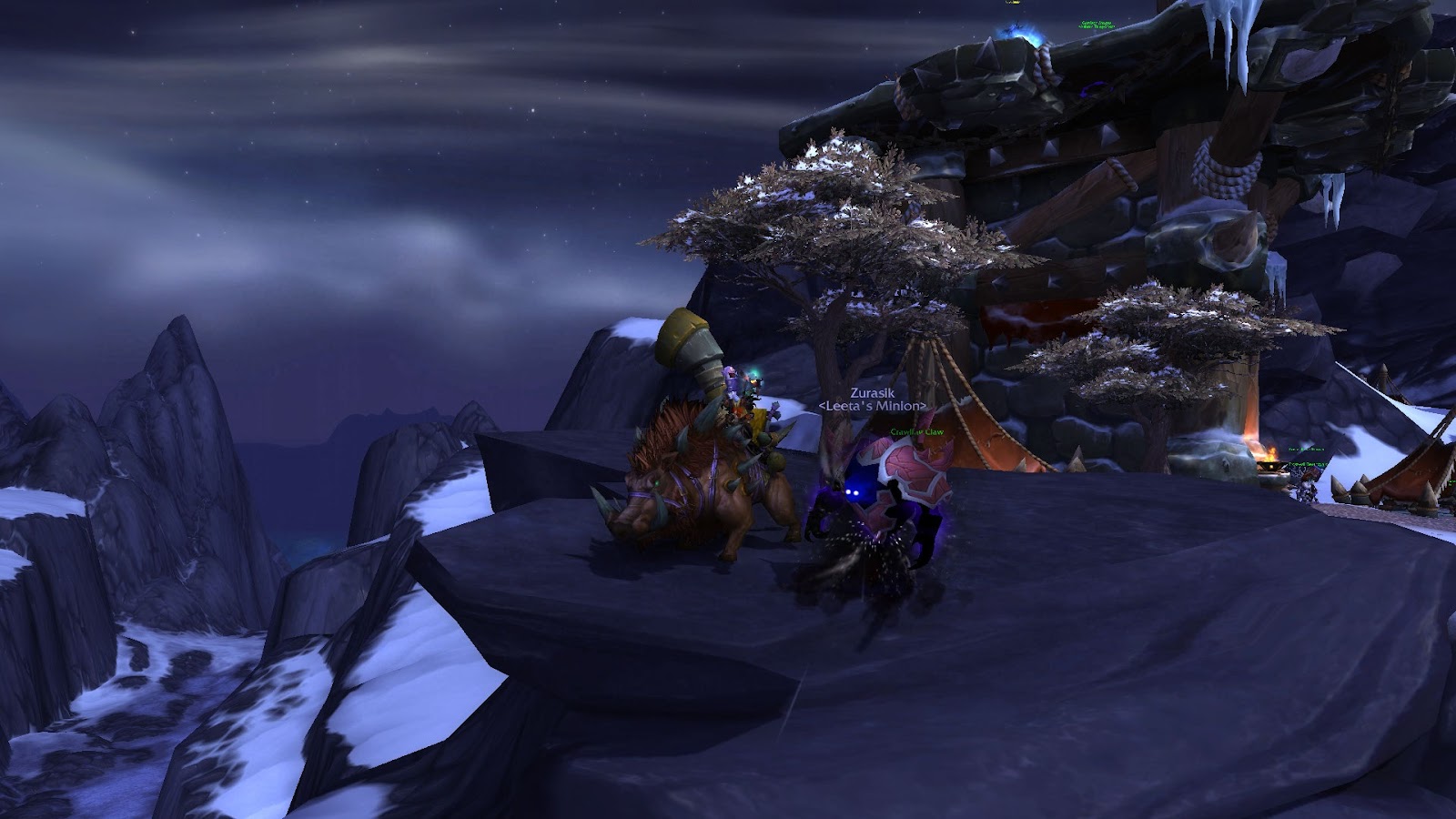 Smexy new mount No. 235
3/ Love Is In The Air
They Really Love Me! Achievement http://www.wowhead.com/achievement=9394/they-really-love-me
Shout out to Idkwhen - Tauren Pally from Dragonmaw Server for organising the Custom made Premade! 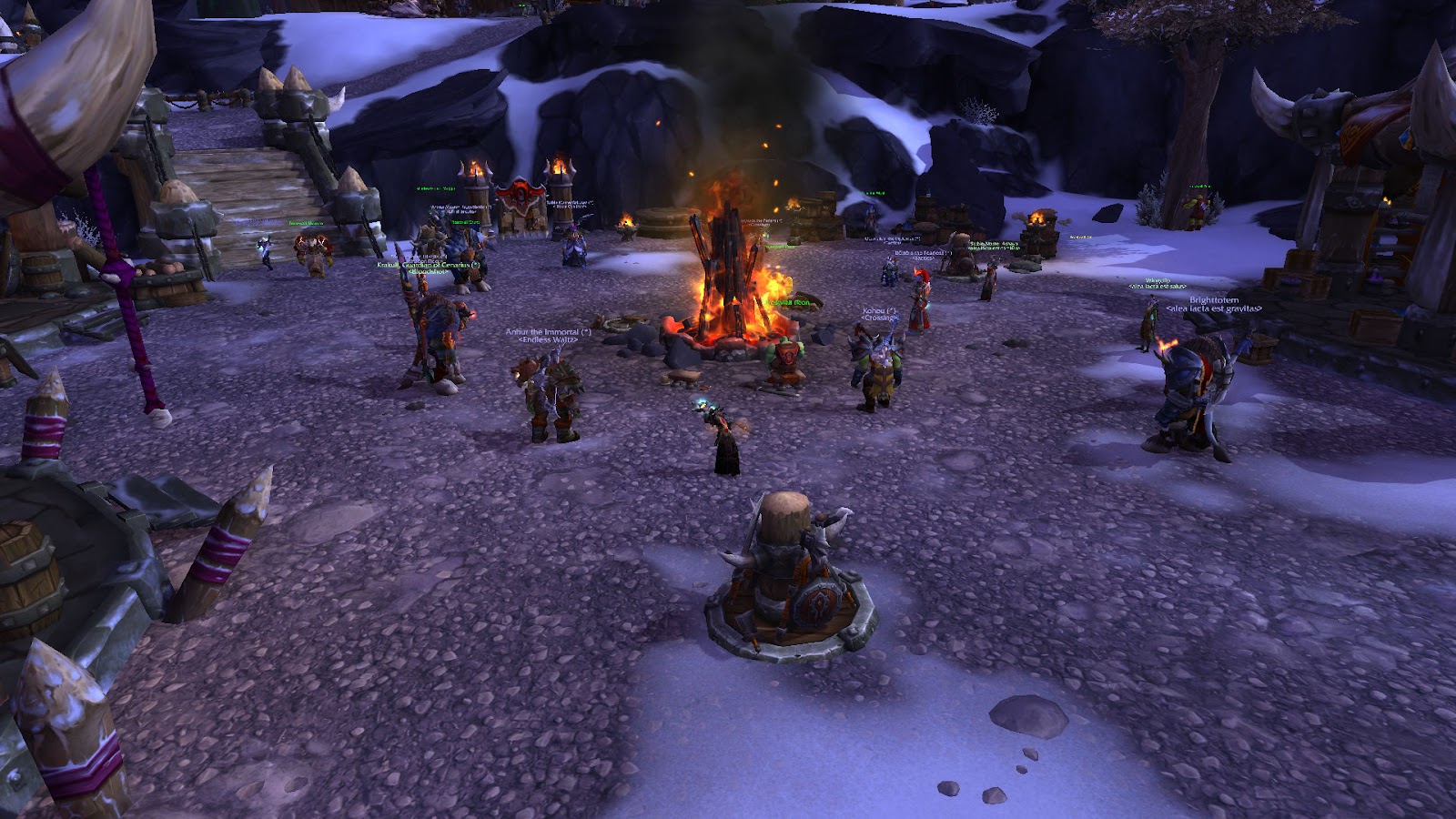 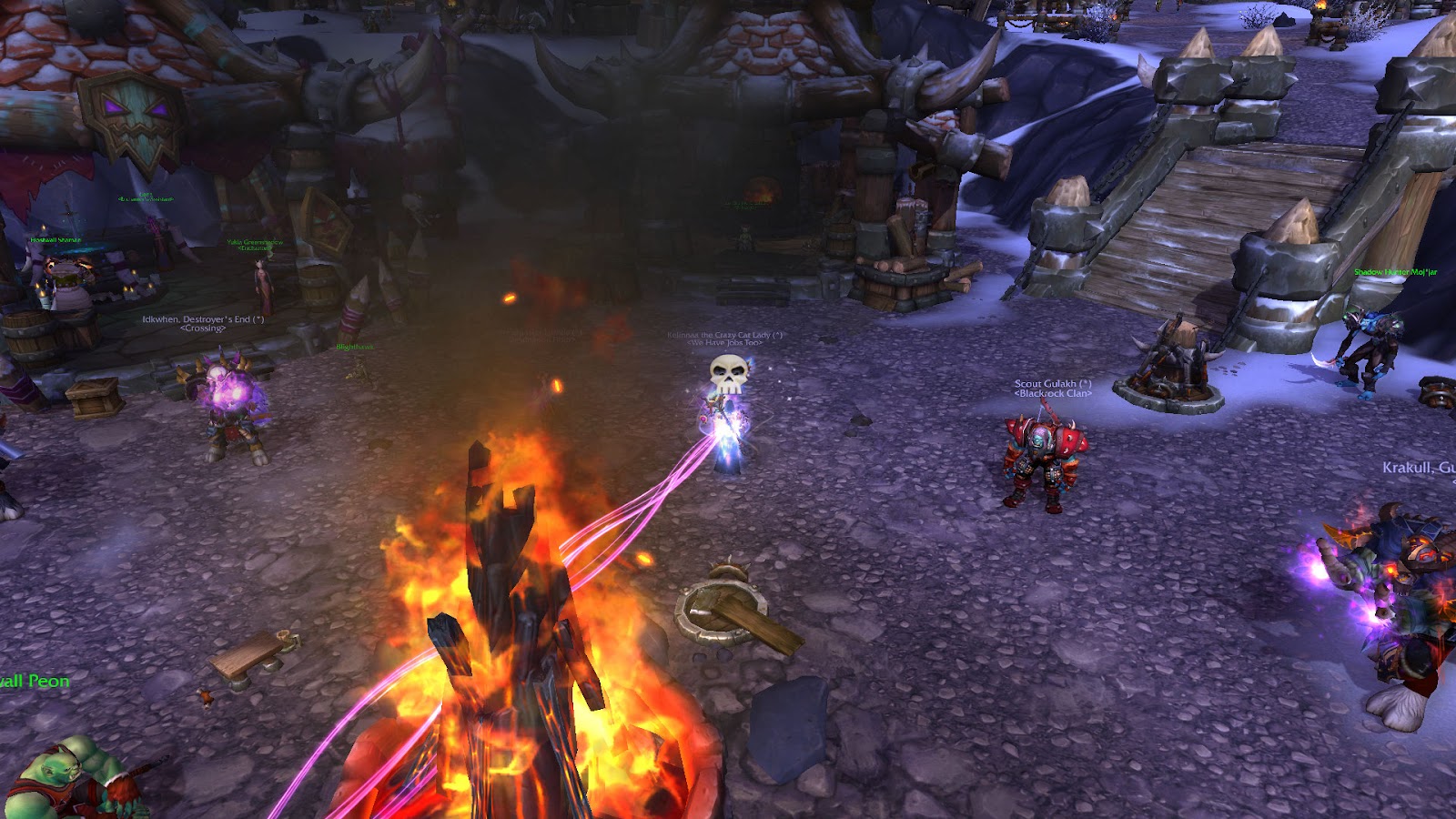 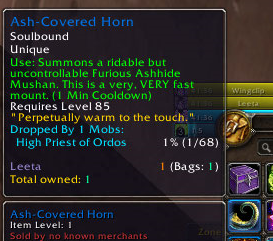 5/ Lunar Festival
http://www.wowhead.com/news=246292/2015-lunar-festival-guide-feb-16-march-2
Dual boxed Leeta and Azeila doing the Elders in Kalimdor and Northrend so far.
Darnassus was the pits to get coin from Elder!

So I "discovered" C.A.W. podcast about a month ago and have been listening non-stop every since.  I absolutely love listening to you guys exploits in the world of Azeroth, be it Alliance or *koff* *koff* Horde lol

Speaking of Azeroth, I have been playing off and on since just after vanilla.  I only have one account, but am definitely an alt-a-holic and am on many servers!

Here's my current list of endgaming toons (or ones close to it):

Anyway, I had sent a note to Aprillian on FB and she suggested I write the show so here it is.  "Hi there!". And with that I'll let you get back to your awesome show :)

For the Alliance, for the *koff* Horde, and for Gnomeregan! This is Mytzylpxx of Scarlet Crusade saying "Huzzah!"


email from Tiber
Hey Control Alt Wow Crew,
I hope everyone is having fun in game, and staying warm out-of-game.

Thanks again for letting me guest on episode 405.  I really had a lot of fun!  I was worried I wouldn't know what to say, but it was like having a talk with some good friends.  I guess because, that's really what it was.

I've been having a lot of fun in game, with both the holidays, and darkmoon faire all happening at once like this.  Last Saturday I was able to go with Leeta, Ashayo, and Wingey, to find a group for the "They Really Love Me" achievement.  I thought it would be pretty simple once we had the right sized group.  It turned out very tense, and stressfull, making sure the buff didn't fall off the player before all 50 charges were applied, or we'd have to start all over.

I finished the Panda starting zone with my new mage, which was a bit of a chore, but not too bad.  When I was done though, a funny thing happened.  When I chose the Horde, the quest giver sent me to see Warchief Garrosh Hellscream, but when I got to Orgrimar there were 2 Warchiefs in the throne room.  Warchief Vol'jin was sitting on the throne, and Warchief Hellscream was standing over to the side to take my quest.  Attached is a screen shot of what I saw.

I also finished the Goblin starting zone with a new rogue.  That zone IS a chore, it seems to last forever.  I think it has something unique though.  As far as I can remember, the Goblin zone is the only one where you have a love interest in game.  Your character ends up in a love triangle with Candy Cane, and Chip Endale.  The story ends with you killing Chip, and bringing Candy's "fickle heart" back to the quest giver.  Dark stuff, but it seems like all World of Warcraft romances end badly.

I need to wrap this up, so hopefully it arrives before the show.

For all the holiday achivies!
Tiber 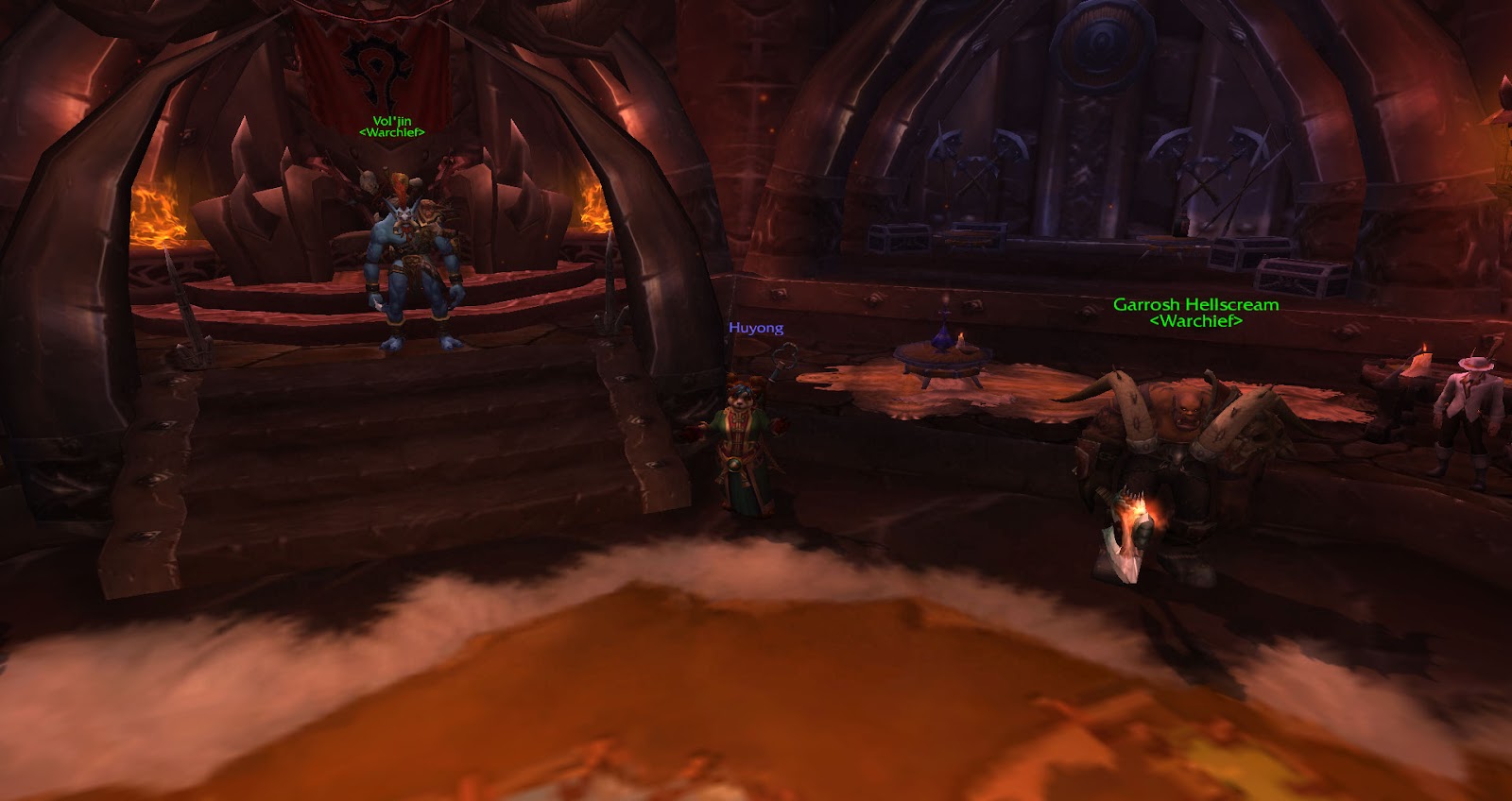 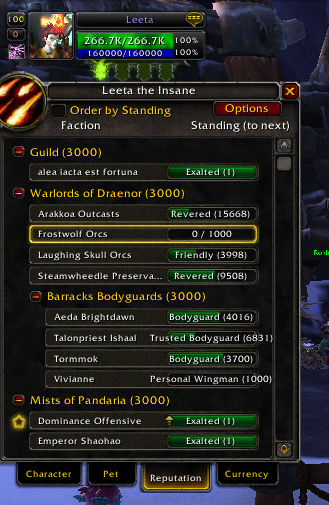 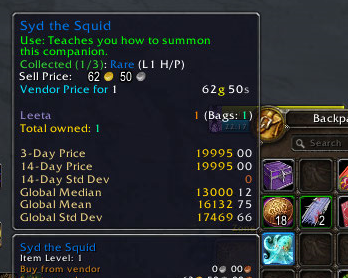 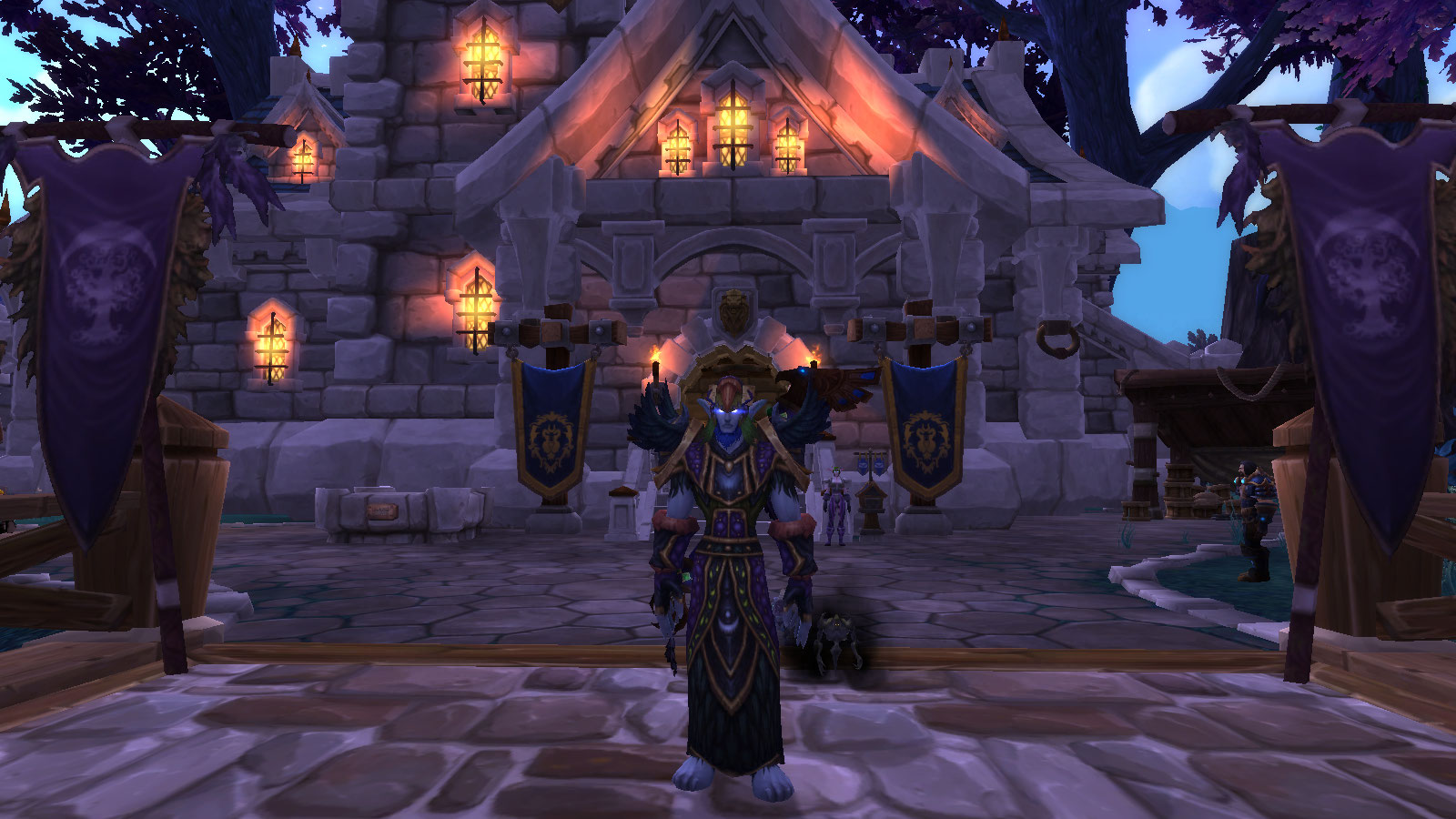 
Posted by Aprillian at 7:08 PM No comments: