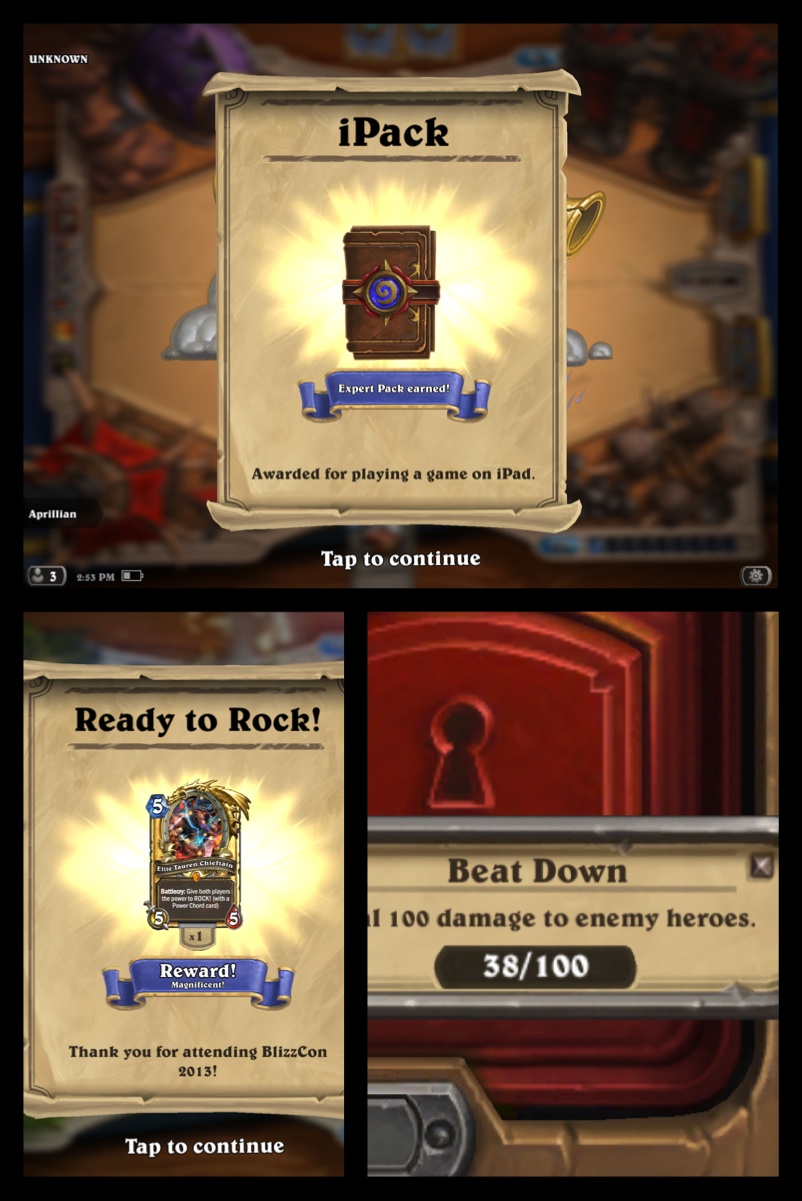 1/ Warlocks - Lvl50 - 51 BRD The Upper City (where The Grim Guzzler is)
The first dungeon we have not been able to finish!! Got to the Lyceum room and we could not get past! We will come back and finish once we have got another level or 2!
http://www.wowwiki.com/Lyceum
Drain Life Screenshots 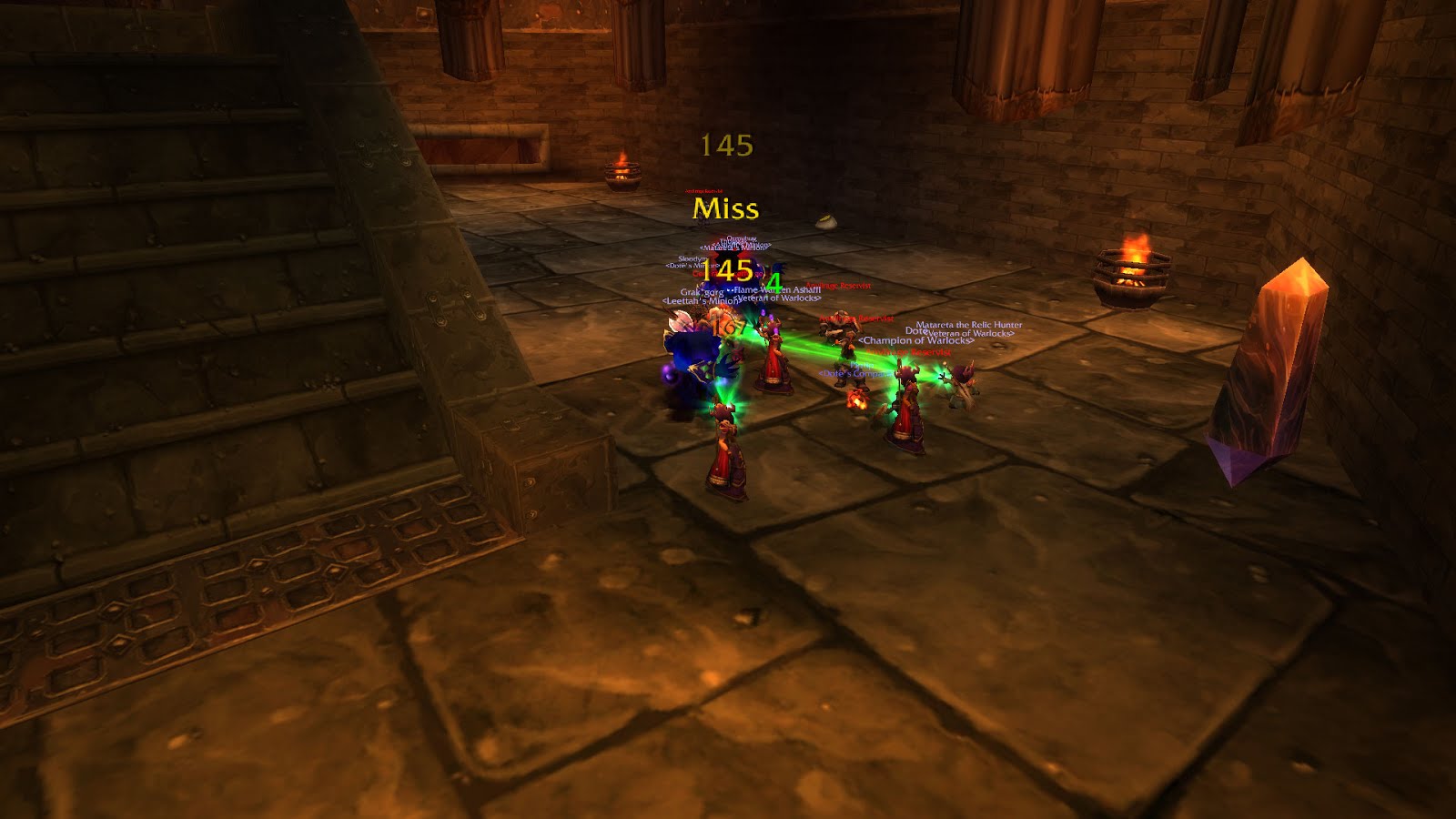 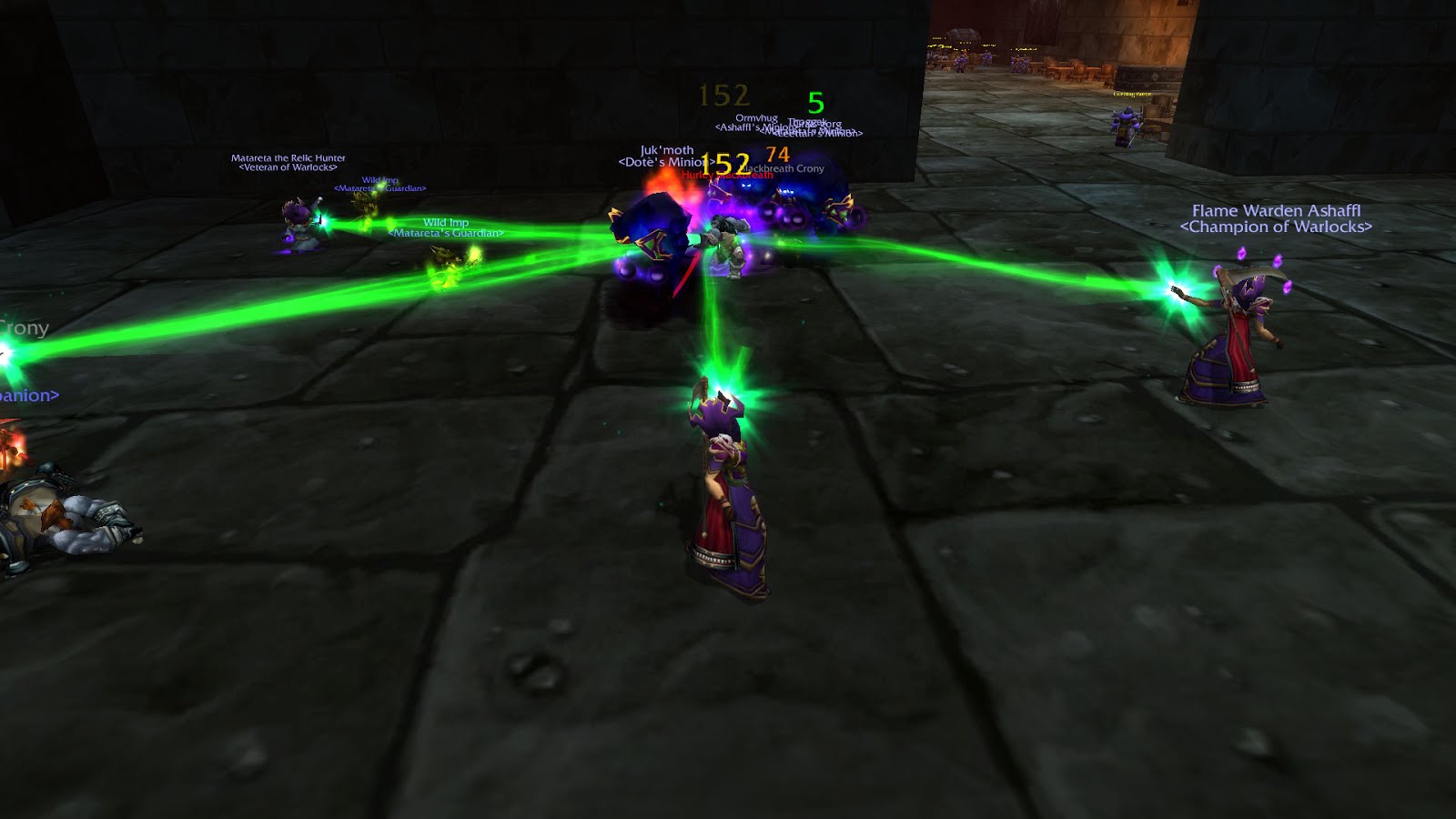 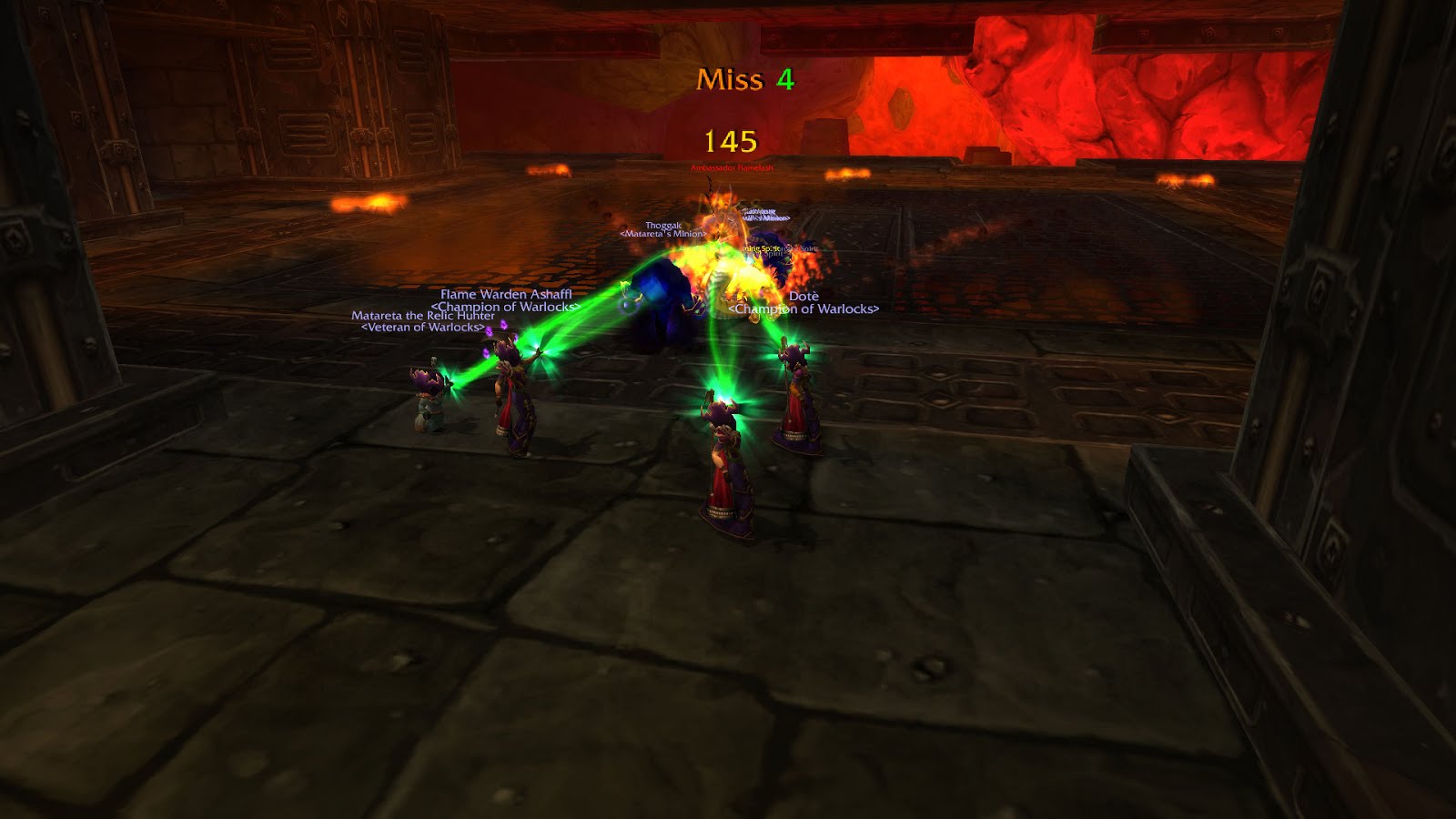 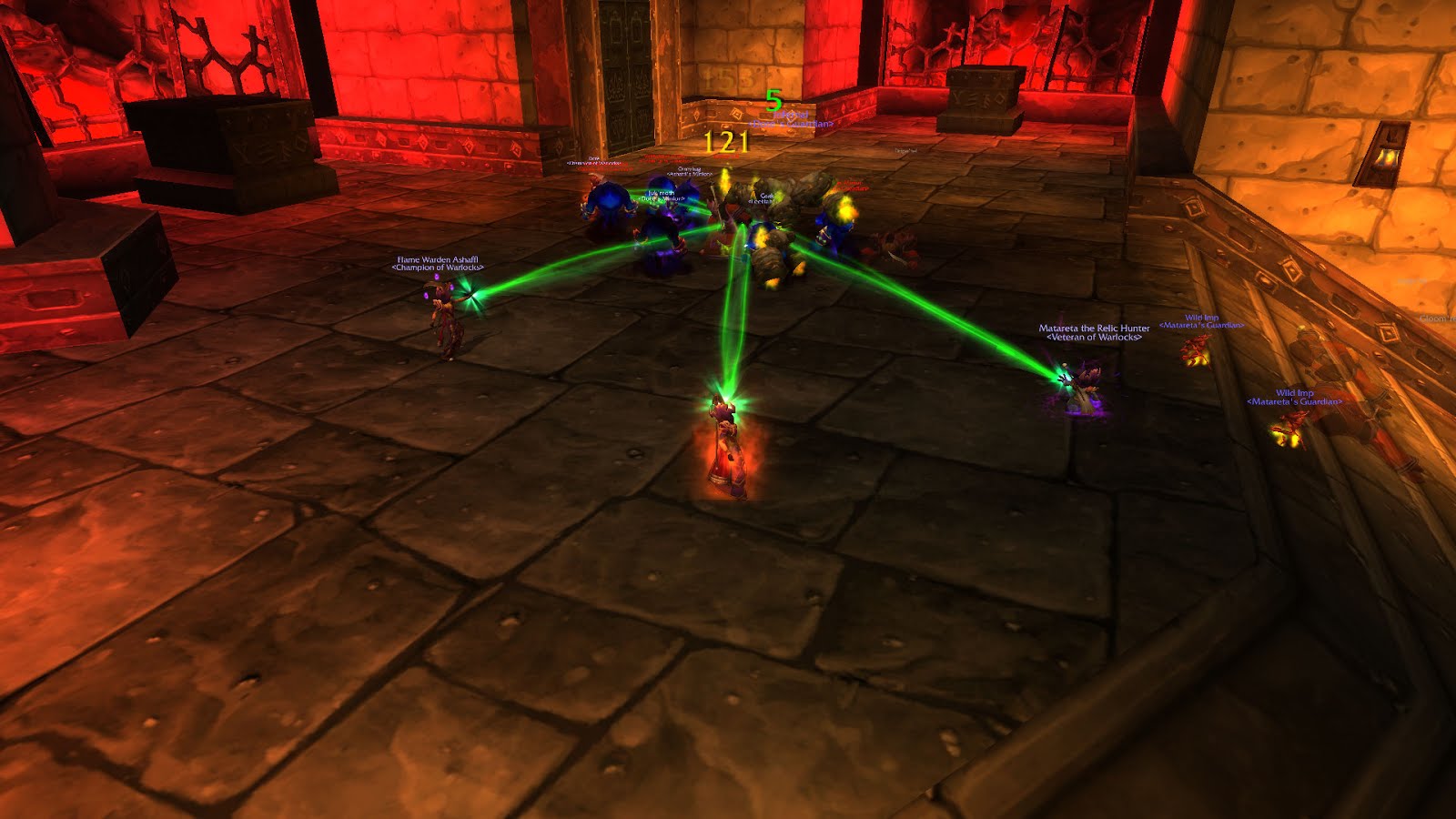 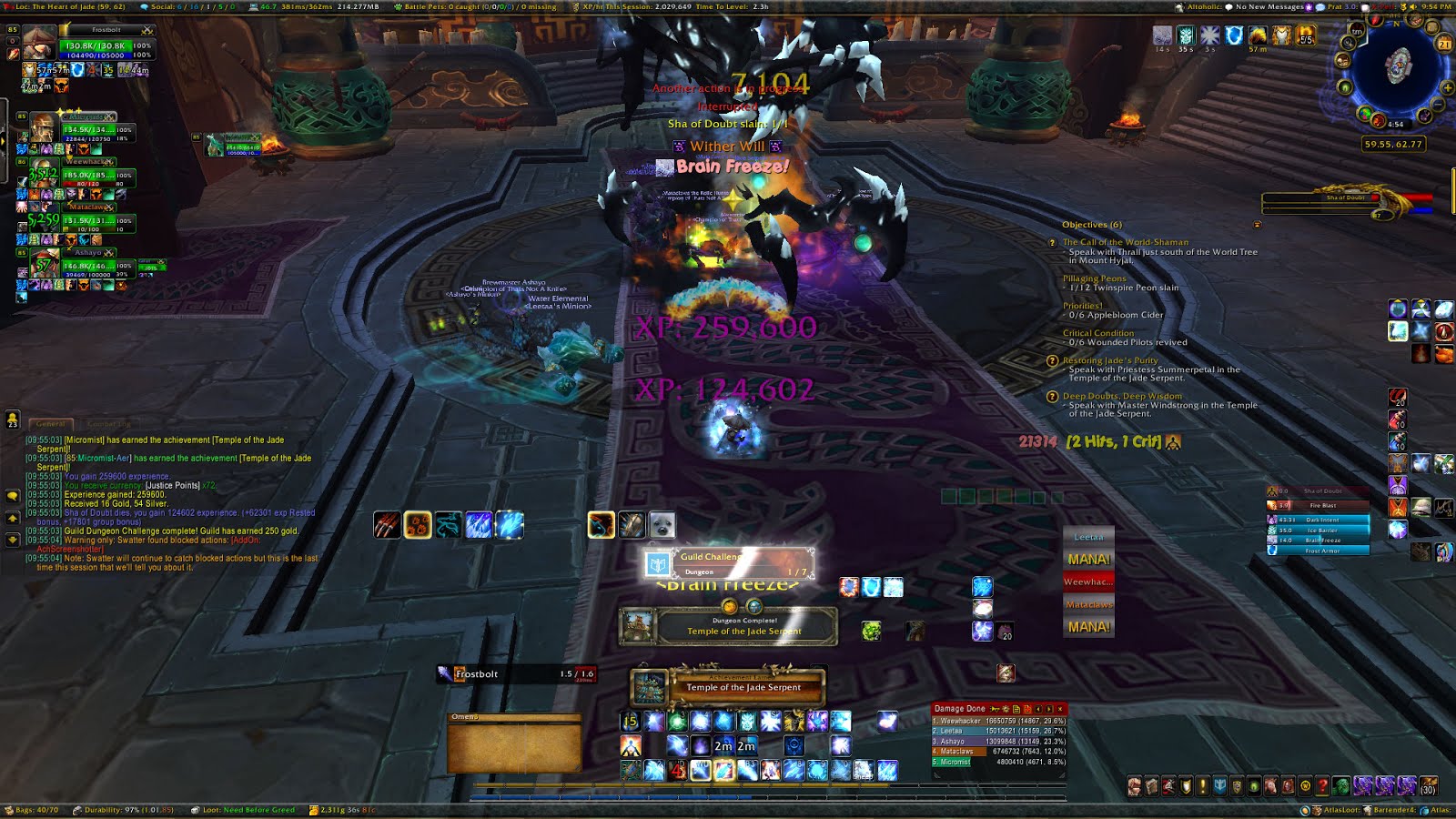 3/ Twitheads of the Week
Ran a random with Ashayo and Wingy and we got into Temple of the Jade Serpent with a Warrior (Tank) - Bellator and Death Knight (DPS) - DeathBlade *both had weird spelling in their names*
Both tried pulling threat and both tried to out tank each other then whinged in party about each other! It was rather comical but the behaviour just ended up getting rather nasty towards the end of the run.
4/ Noblegarden
Did the Chocolate hunting on my Mage on Aerie Peak and got myself the Tome of Polymorph: Rabbit
http://www.wowhead.com/item=44793
5/ Warrior hit Lvl87
Dual boxed using Leeta and flew around Pandaria killing Rares.
6/ Leeta
ZOMG I DID SOME RAIDING!!!! Went into Siege of Orgrimmar and fought Galakras and got a iLvl540 Ring!
Then went and fought Iron Juggernaut. Just got gold! 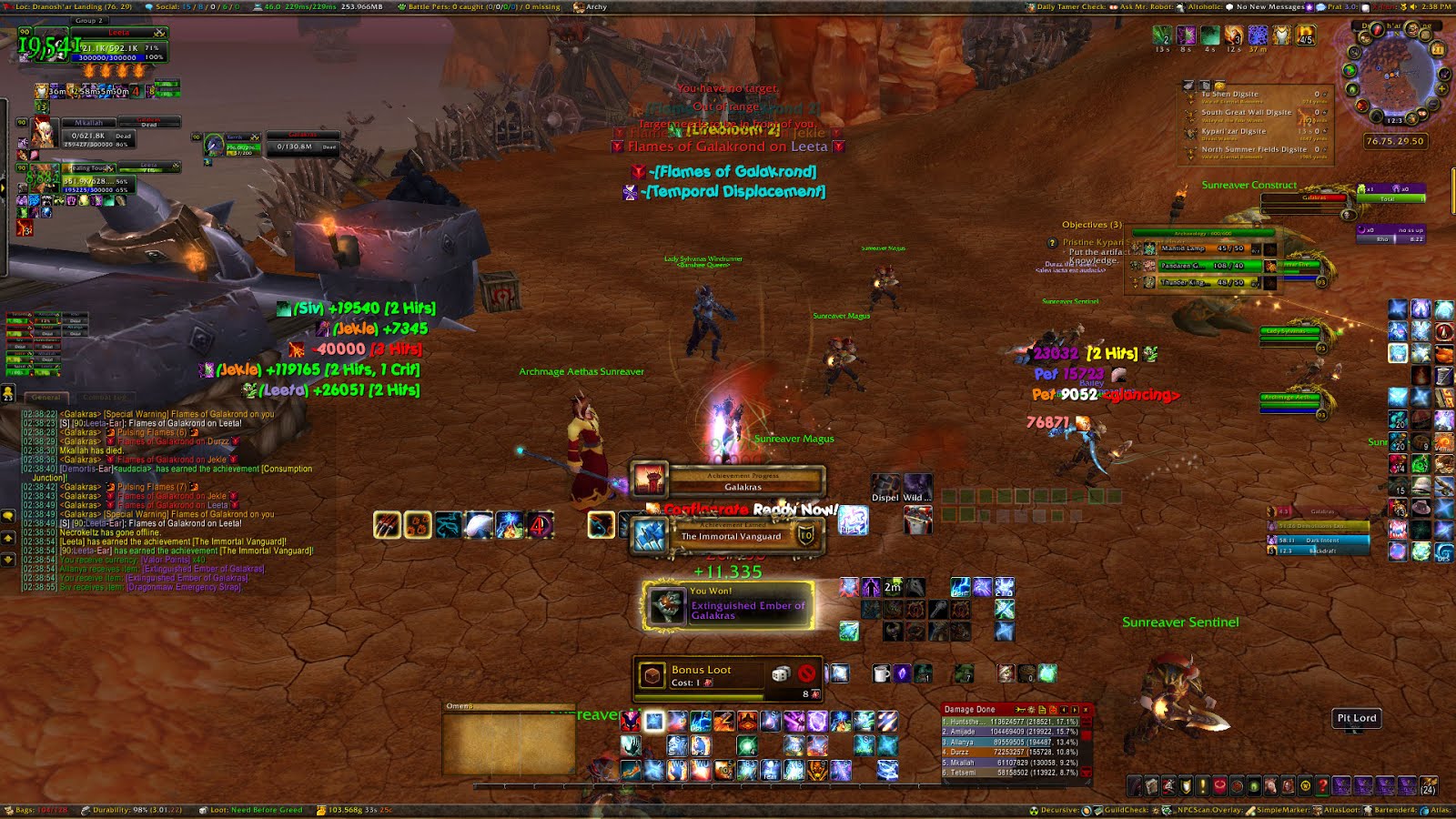 Digging - Spent time working on the Pandarian dig sites, working through Archy achievements!
Also for abit of a laugh decided I would work on “Going to Need a Bigger Bag” Achievement
http://www.wowhead.com/achievement=8728/going-to-need-a-bigger-bag
This is my progress so far! 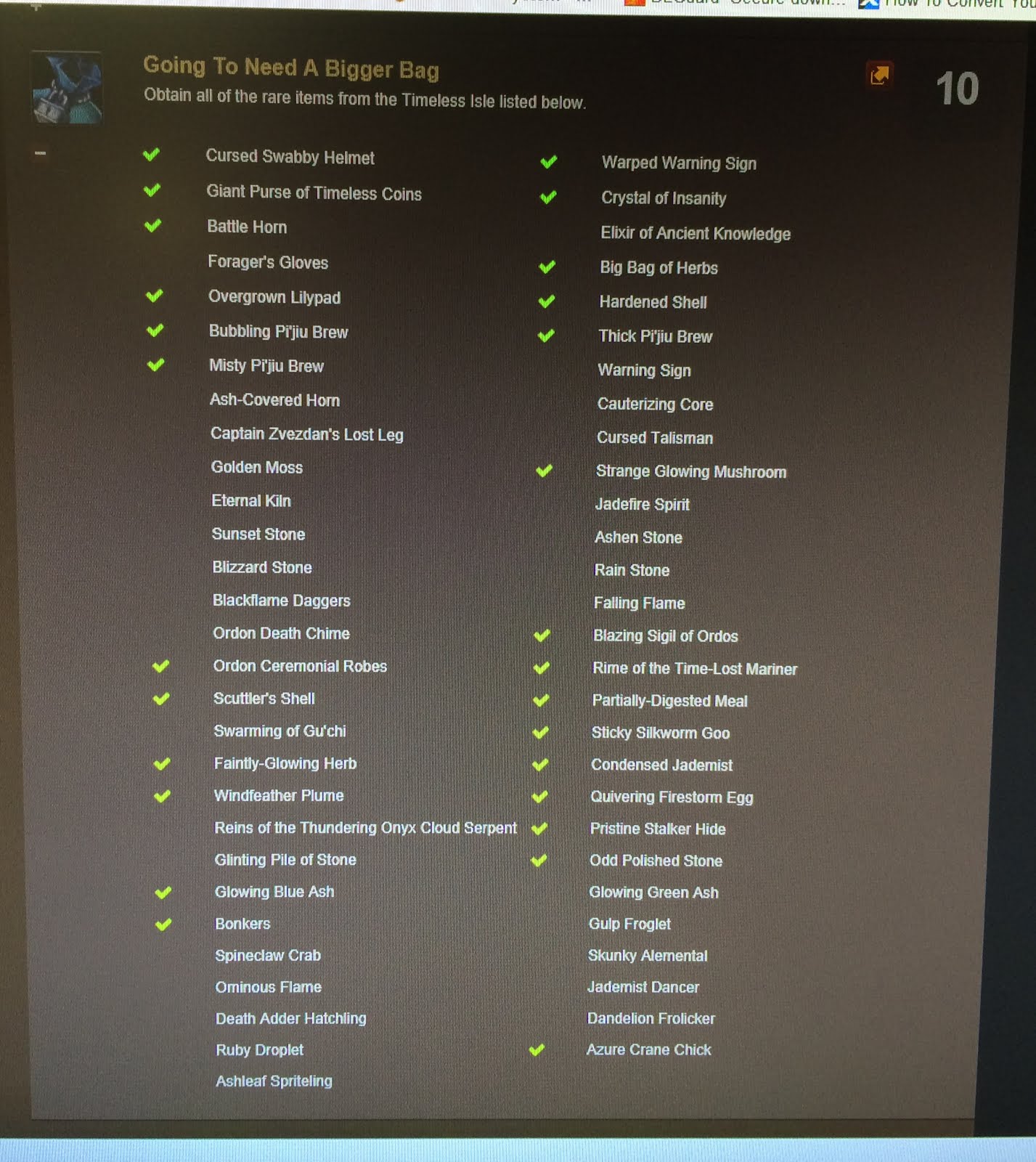 Hello
Hi there Ctrl Alt Wow. This is Sosur from Earthen Ring. I have been playing World of Warcraft since a few months before BC hit. My play style would be casually hardcore. As in I have hardcore periods of time but get distracted by other things. Haha. I have many a character over varying level ranges. I had been part of guild of real life friends for awhile now but sadly they have moved on from WoW. Shocking I know. Anyways I was looking for a new guild (read: family) and I thought... Clan of Darkness Duh! Since I have been listening to the podcast for a while now, and have loved every second of it. I believe Clan of Darkness can be a great fit. Hope everyone has a great week. I look forward to the next podcast as always. For the Horde! The Alliance! And Ctrl Alt WoW!


I've got nothing to say, but I say it so well!


So much hearthstone it's overwealming
Big G

From Gypsymoon (living steel belt buckle): Thank you so much!!!!! :D I was thrilled when I heard my name on the show. Finals will be in two weeks, and I’ll have an email sent in as soon as all these exams and projects are done!!! Y’all are awesome! - Gypsy
Top 10 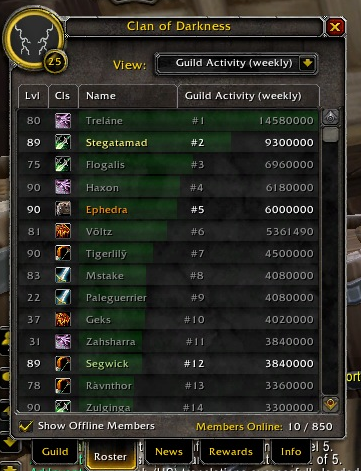 Posted by Aprillian at 8:13 PM No comments: 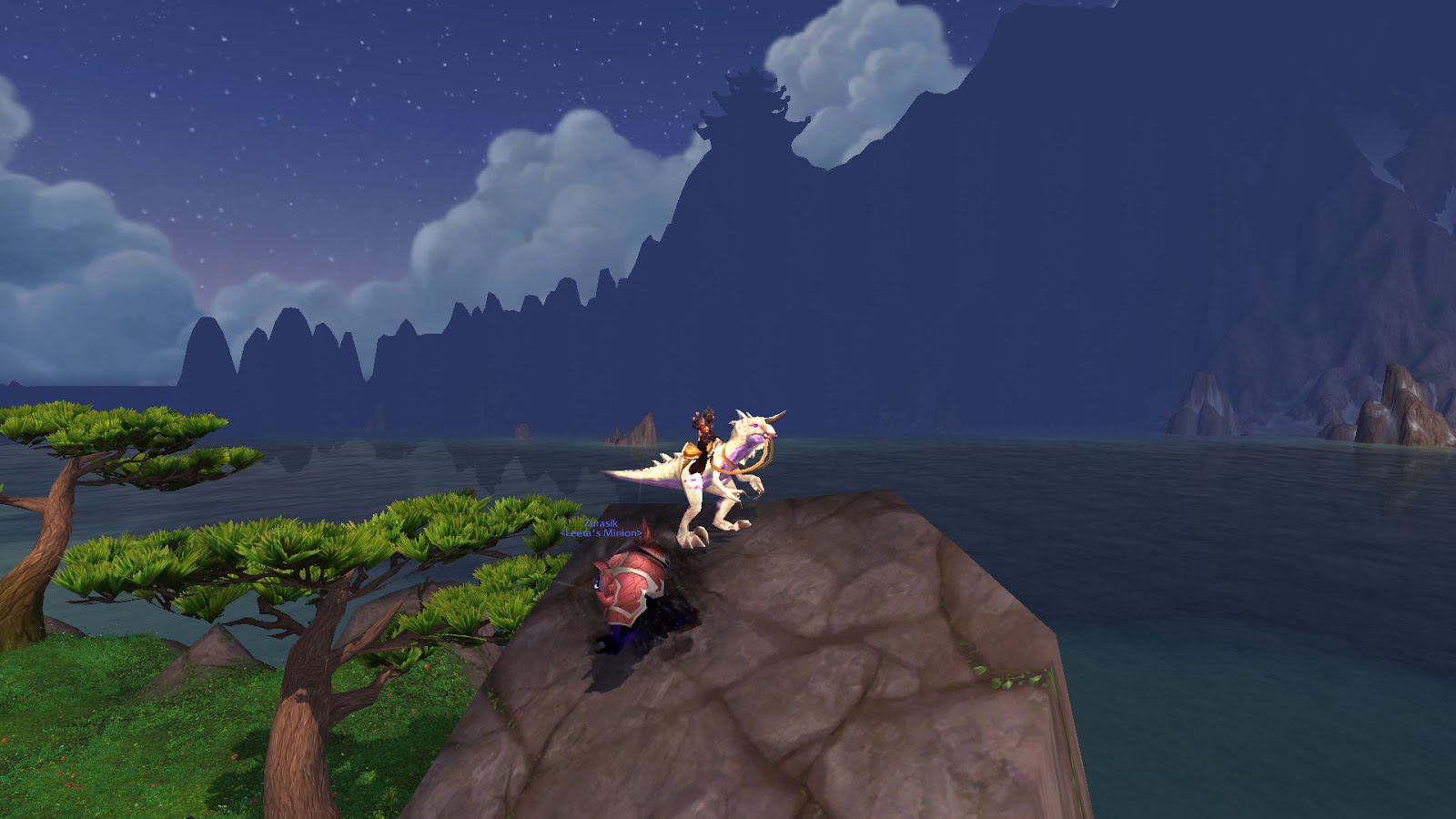 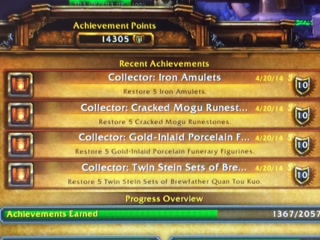 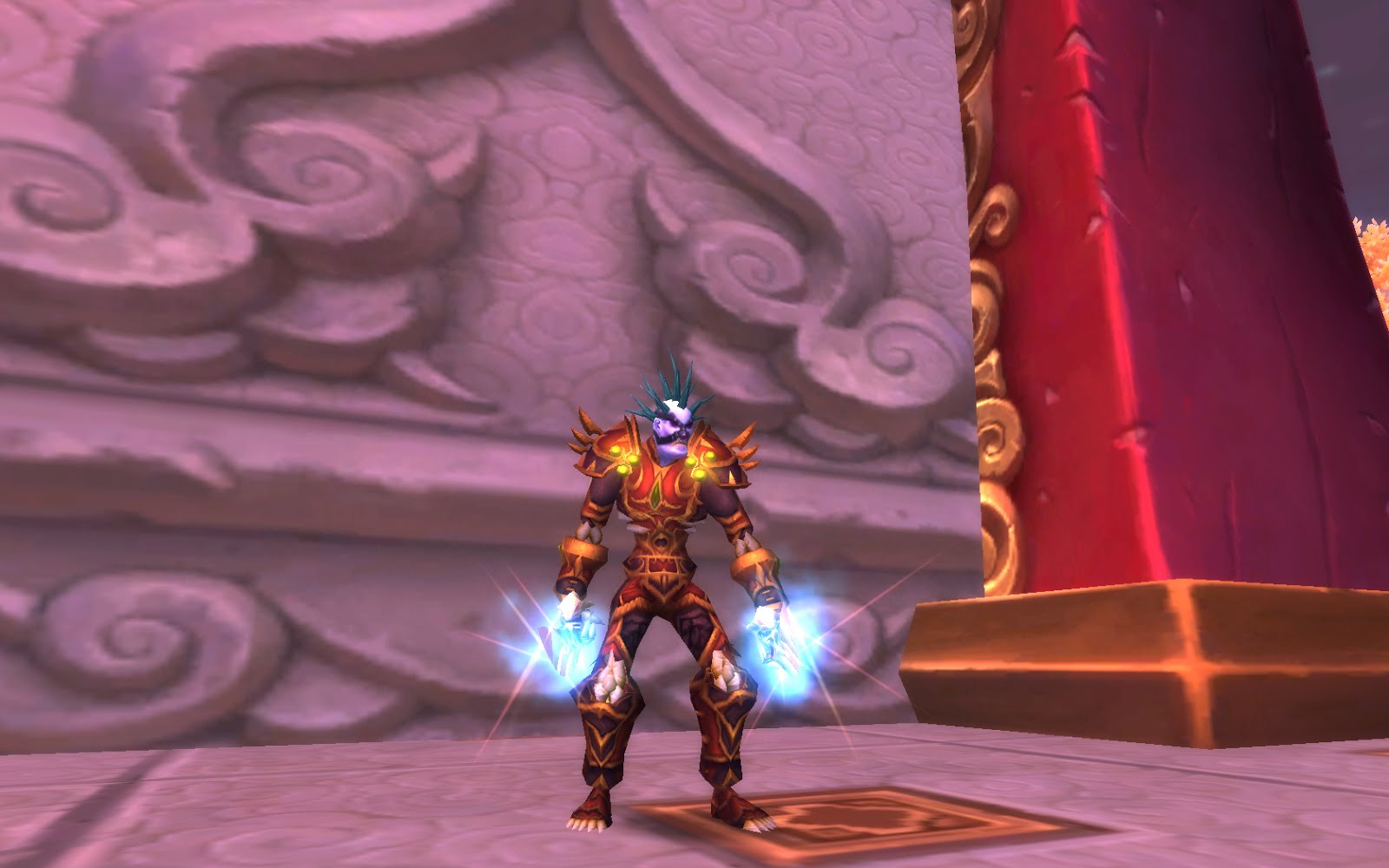 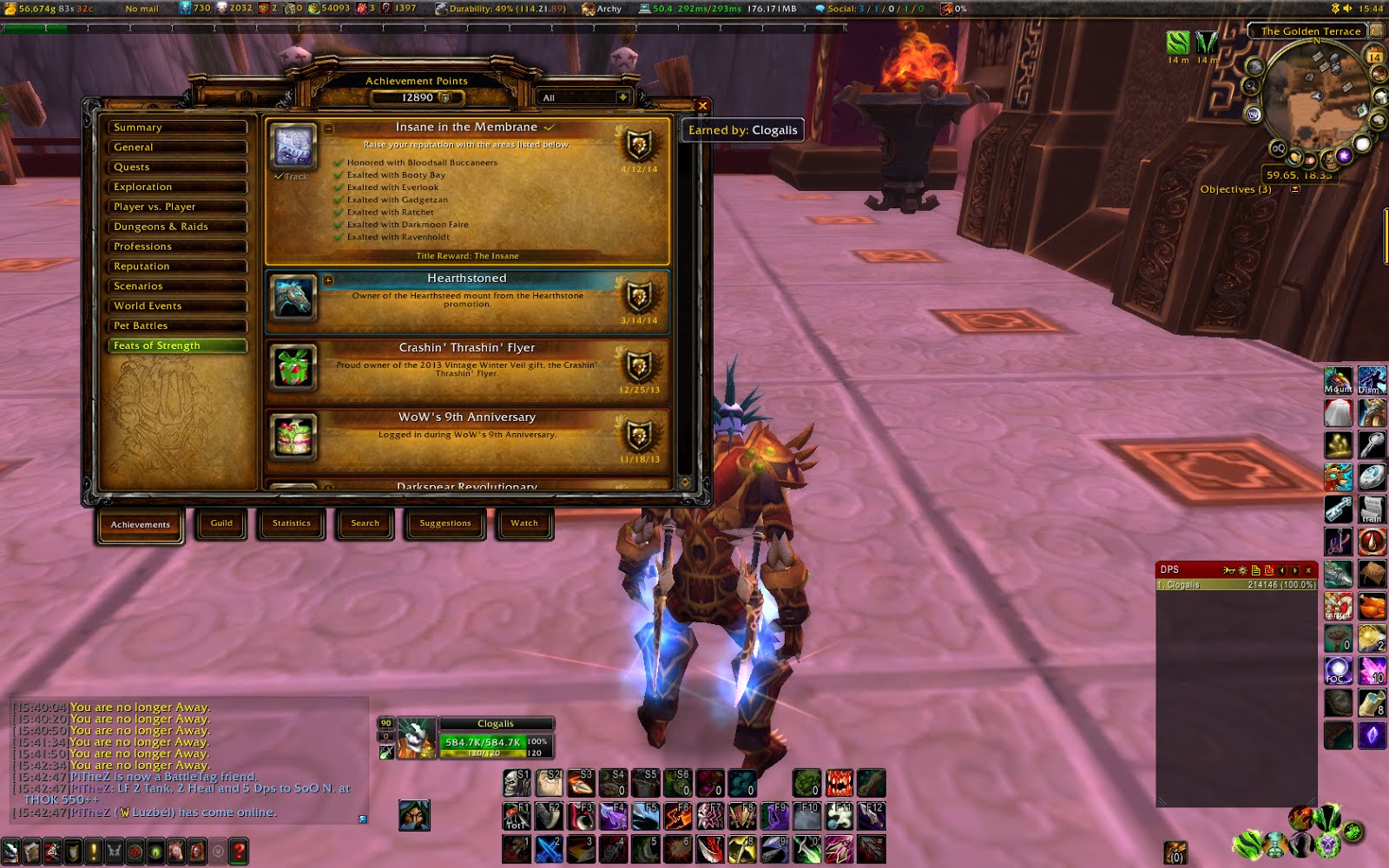 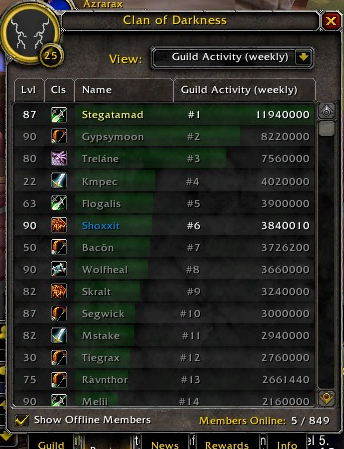 Hello Ctrlaltwow Crew
It has never happened that I write to you 2 weeks in a row but I come bearing a gift.
I won the top 25 in Guild activity competition we had last week in the game. I won an Armored Bloodwing and I thank Donnie for the gift. I already have this mount so I thought I would give it to you Ladies to give away.
You might be able to have a competition of your own and get somebody to make you a new Email bumper.
Anyway I love the new line up. You Ladies are awesome. Have a great week.
Sincerely Matahorn
Ps I must thank Donnie for letting me give away my prize.
Posted by Aprillian at 6:06 PM No comments: