Ctrl Alt WoW Episode 368 - May the Fourth be With Your Orphans!

Felt sorry for the orphans, so I took them around Azeroth and getting piddly!

Played a bit of HS on both accounts. Got confusing but I finally sorted it out.

Misses a plant on Astarà got lucky replanting and getting a bursting.

Couldn't log in earlySat afternoon. Hopped on the iPad 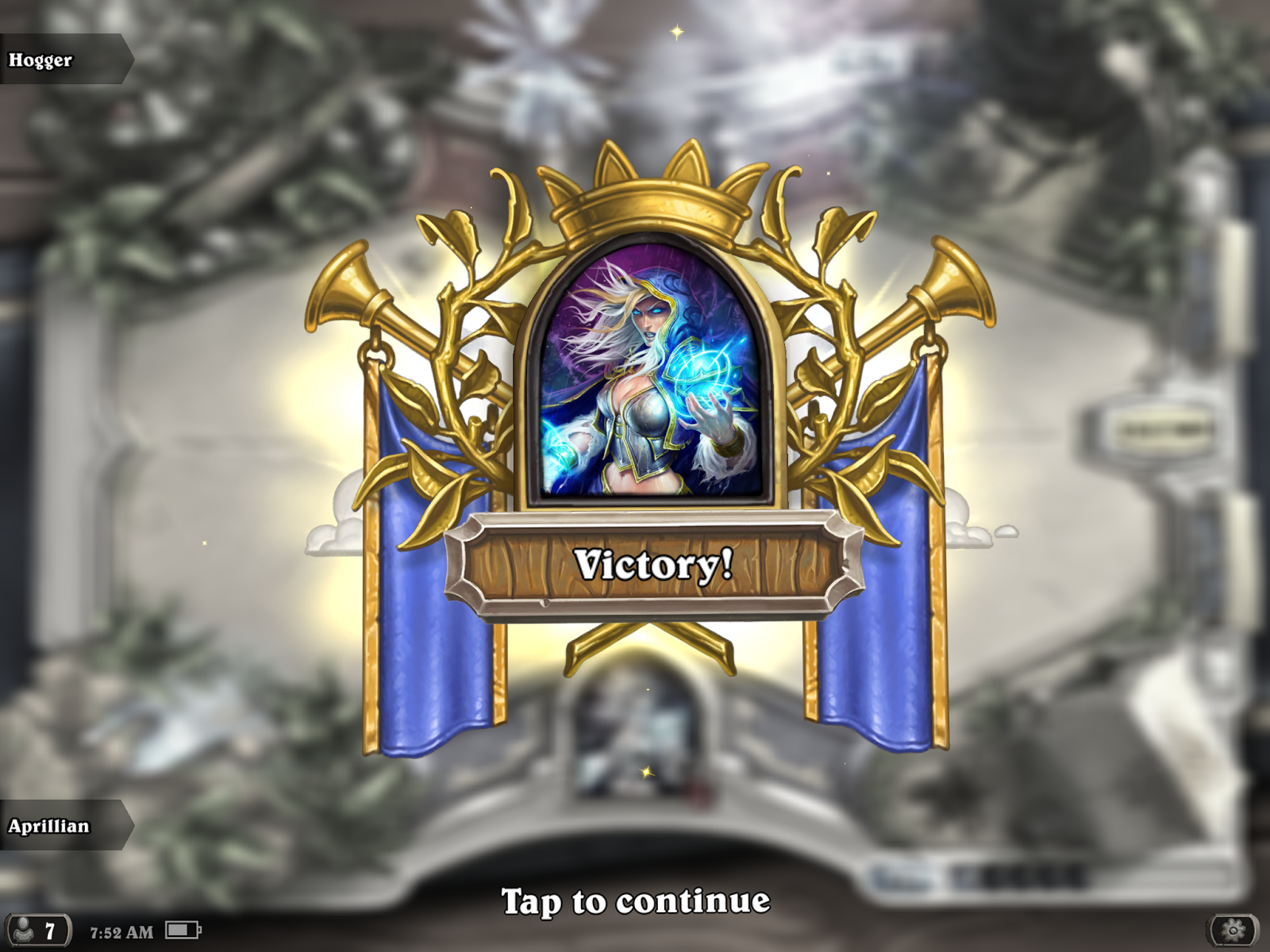 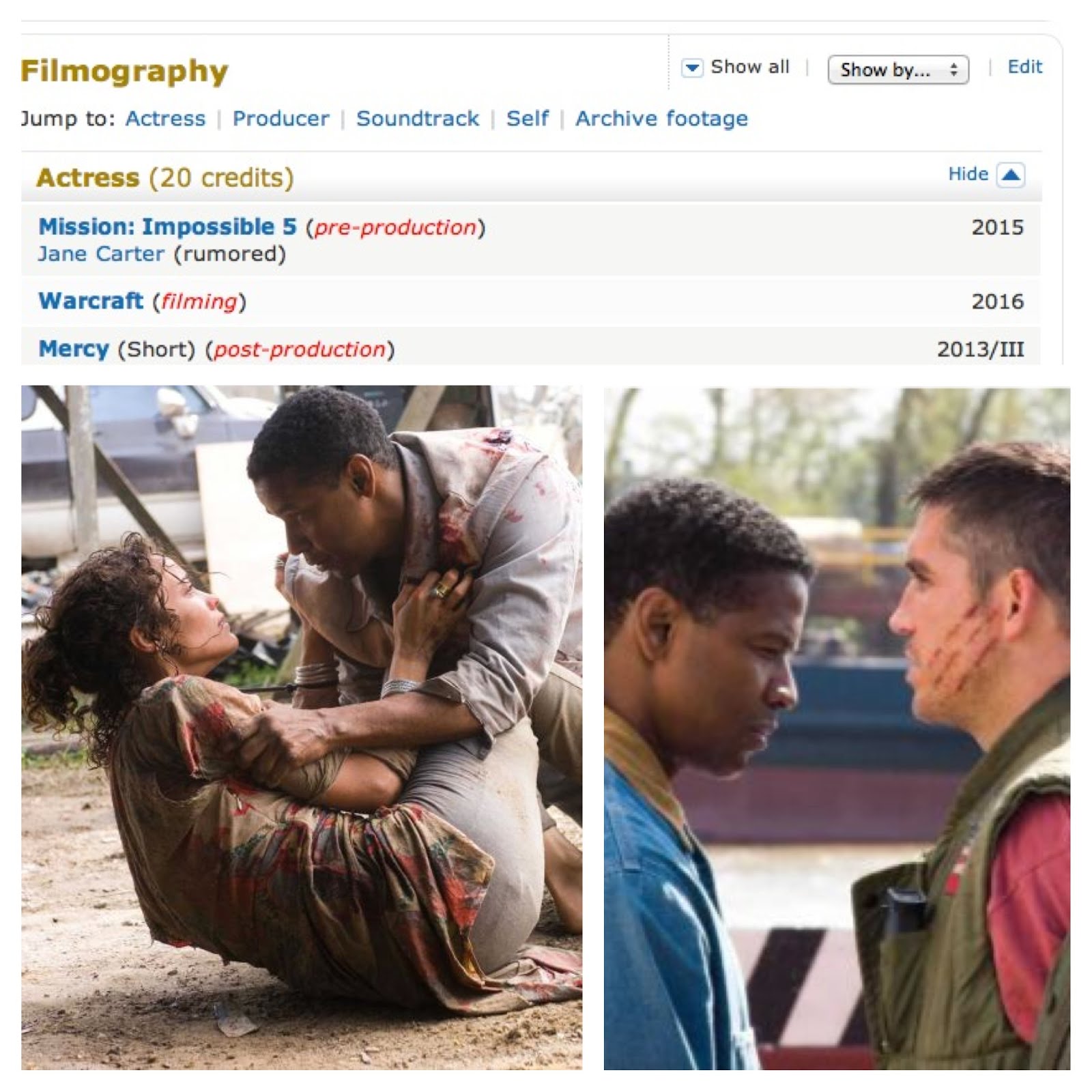 1/ Children’s Week - Pets Pets and more Pets!
Took 5 toons around Azeroth doing the Children’s Week Orphan quests.
2/ Herald of the Titans Toon - Druid - Ulduar
Big thank you to Wingy, Ashayo, Pixie, Lokwyn, Aussie, Rain, Big G and Bemmo for coming to help gear up the 80’s!
I healed and felt I did better this time around.
Redid Vuhdo with a better healing configuration for me.
3/ Leeta
Timeless Isle - still chasing the drops for Need A Bigger Bag Achievement - feel like I’m going round and round in circles with it!
Warlock Green Fire Quest - Decided I would give it another shot… nope!
Ebonlocke keeps aggro on you the whole time making it extremely difficult!
Exalted with Ashtongue Deathsworn - thank you Wingy for coming with me.
Pet Battles - Spent some time in Storm Peaks while it was snowing to try and get a Rare Arctic Fox Kit to no avail!
http://www.warcraftpets.com/wow-pets/beast/canines/arctic-fox-kit/
4/ Warlocks - Blackrock Depths - dwarves, golems and more dwarves!
Drain Life Screenshots 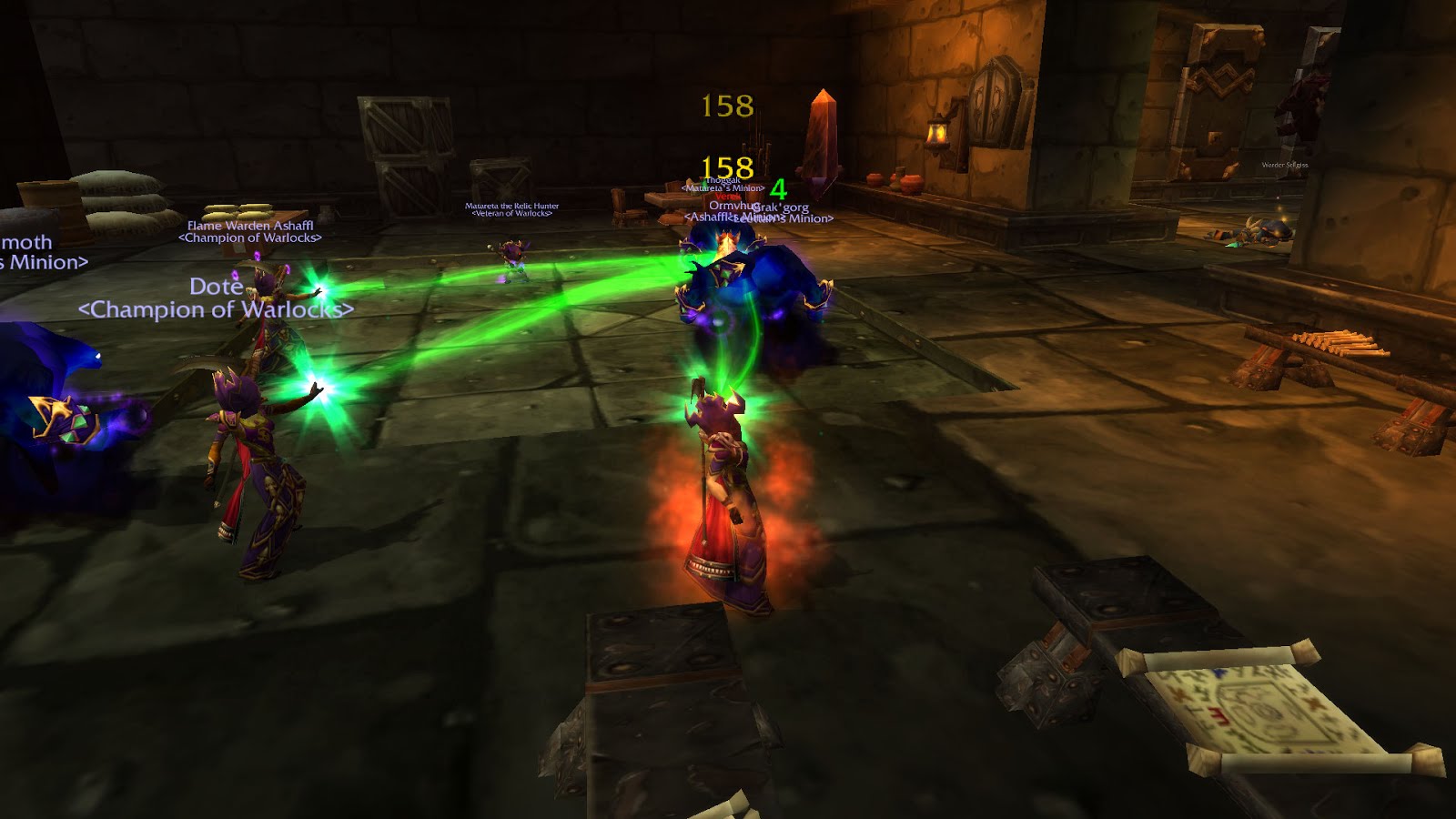 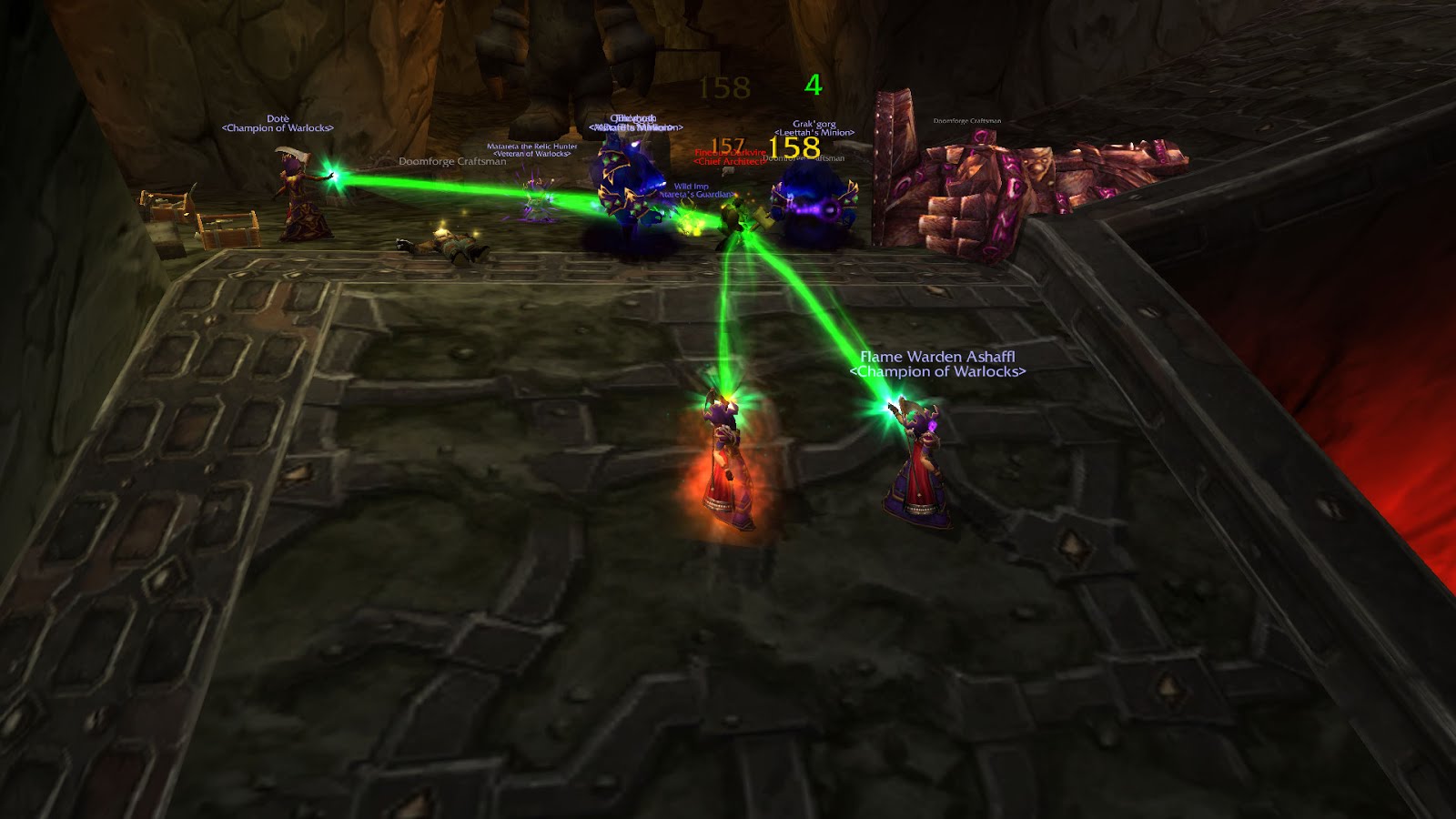 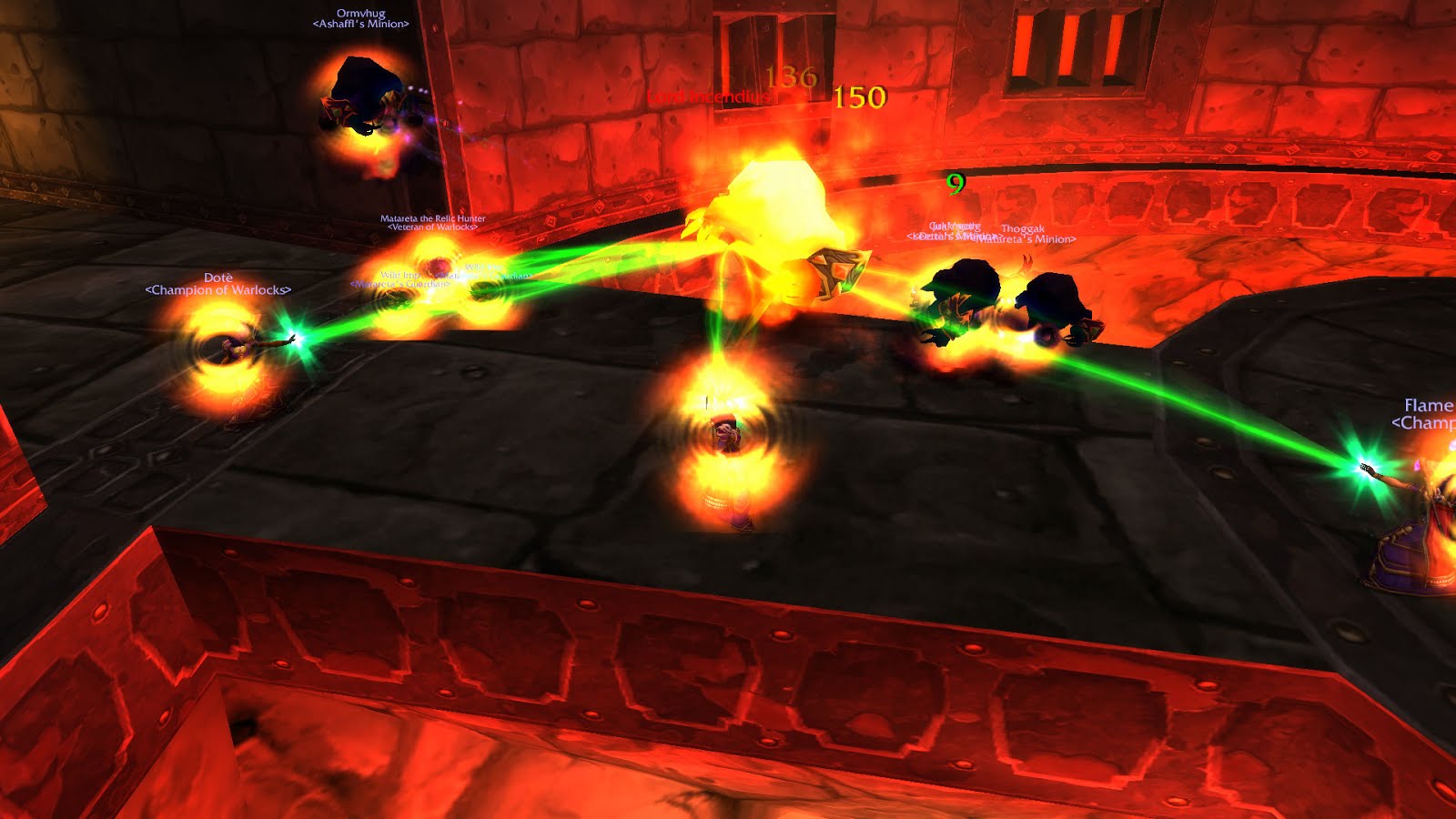 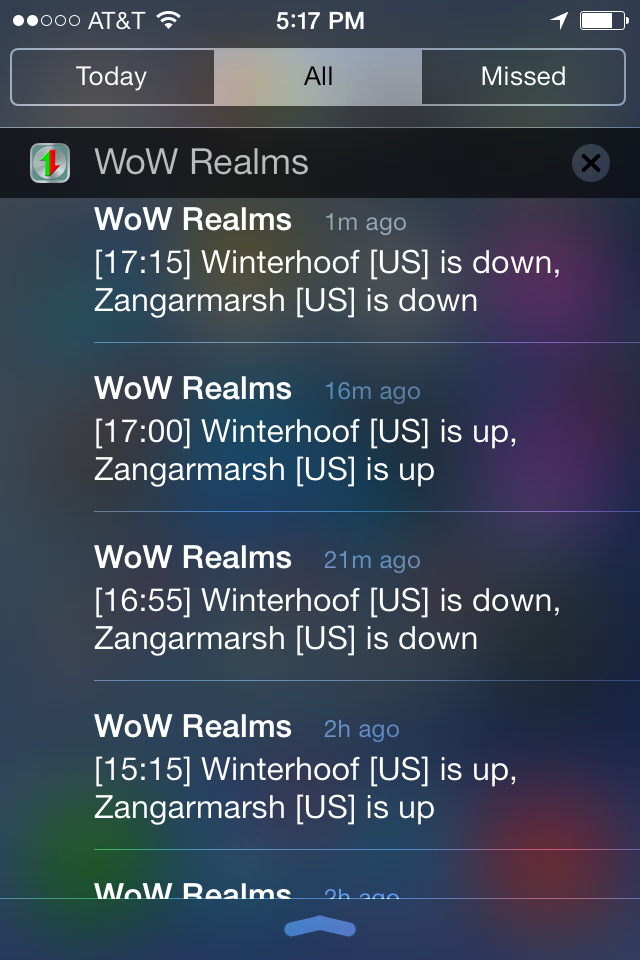 
Email from Marwtoivo
To Aprillian, Rogueslayer, Leeta, Teedra and whoever may be listening
I'm honestly no good at things like this. My email to join the guild was a perfect example for that, never been good at it don't know what to write don't think I'm good at talking about my self so I'll try and it's long over due I believe. Let's see I mainly play alliance on the server Azjol-Nerub, got 11 characters on that server 8 of them 90's and all of them in a guild called Unattained Destiny I made for my self and my alts, though a few of my friends got a character or two in the guild. Also got the lvl 90 undead monk in Clan of Darkness which was my first max lvl horde. The main one I play is my alliance paladin who I made back at the start of wrath but didn't start playing it till about halfway through wrath. I started back in burning crusade though and I had lvled a warlock and rogue to max lvl back then before wotlk come out.I raided Naxx, Obsidian Sanctum and a bit of Ulduar back in Wrath of the Lich King, when cata come out I only done dungeons and lvled a few toons to max lvl. MoP come around then and I lvled more characters done LFR on my paladin to get the legendary cloak and get gear so I can solo old raids and dungeons by my self. That pretty much brings it up to now, though right now I haven't been able to play wow much less get on a computer that would allow me to play any game for more than 30 minutes in the last 10 plus weeks because of reasons I'm not quiet sure how to word it's nothing serious though. Been catching up with the episodes I have missed and listening to them is making me hope I can get back onto wow sooner rather than later. Anyway that's the end of this email, it's great listening to the pod cast. Later


Rain 5-3-14
Alright, Leetah, I did it. I'm sharing the crazy, typo filled, unedited blog of my goblin Mage. She's probably the reason I love the gobbys so much now, just like the original Rain is the reason I have a hard time playing blood elves.

Oh!! And speaking of which, I thought I'd explain where Rain comes from: my first priest was named Mordrain (found it in a goddesses book and it said it meant "lady of life."). When I started RP, I decided she was going to be a mute. Well, she had to sign her name and of course I had a slight O.O !PANIC! moment until I realized she could just sign "rain."  So, yeah. That's where my nickname comes from. And now, my audio!! 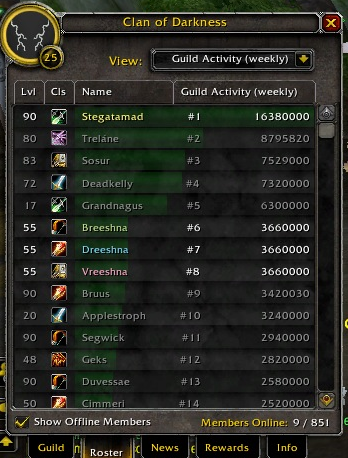