I took way too long editing this, hehehe, so no music, I haz to pack...sorry audio is so long (I hope it's not boring)


p.s. Pics! One for Marzana, one just of me flying past my garrison, and two from an epic raid.  Love ya's! 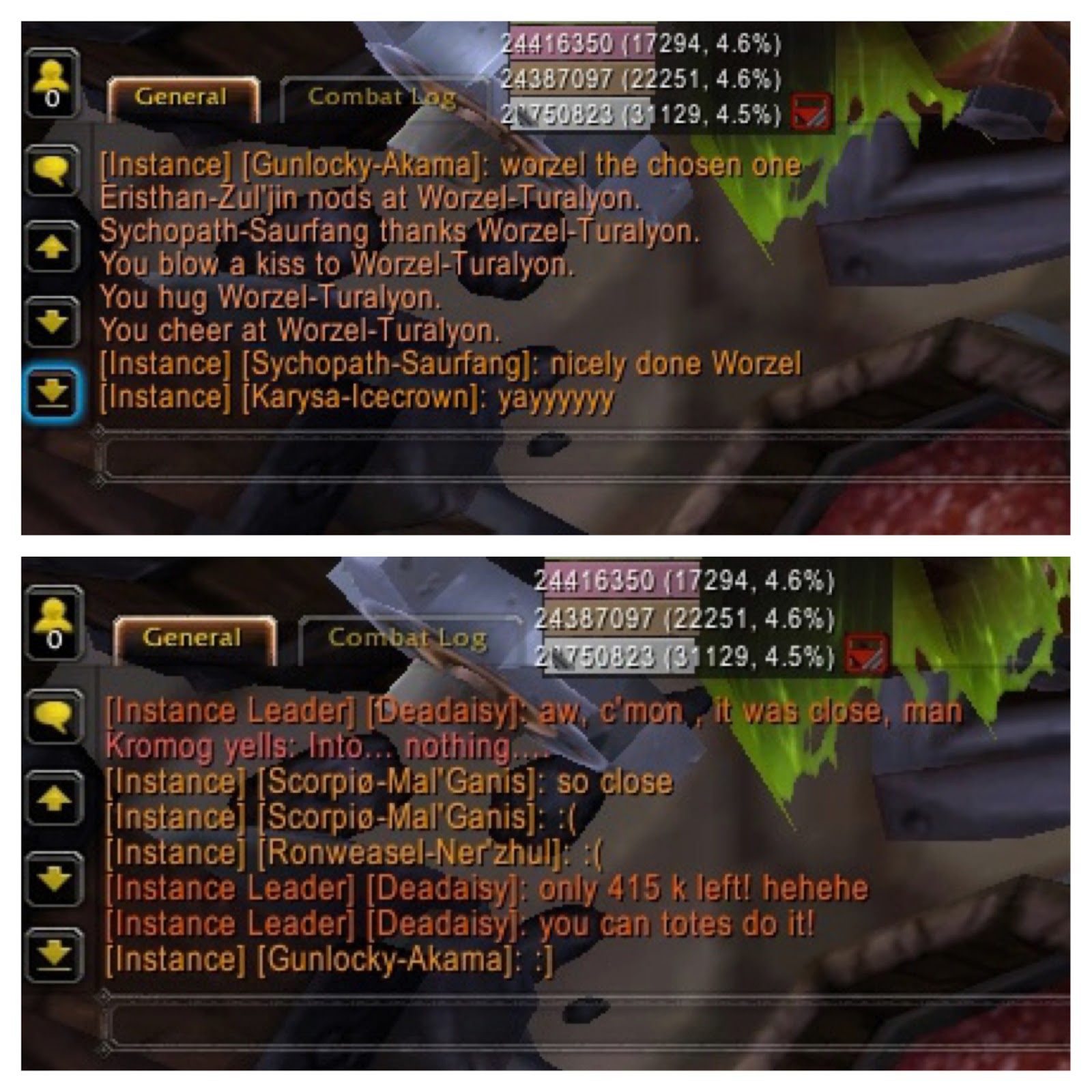 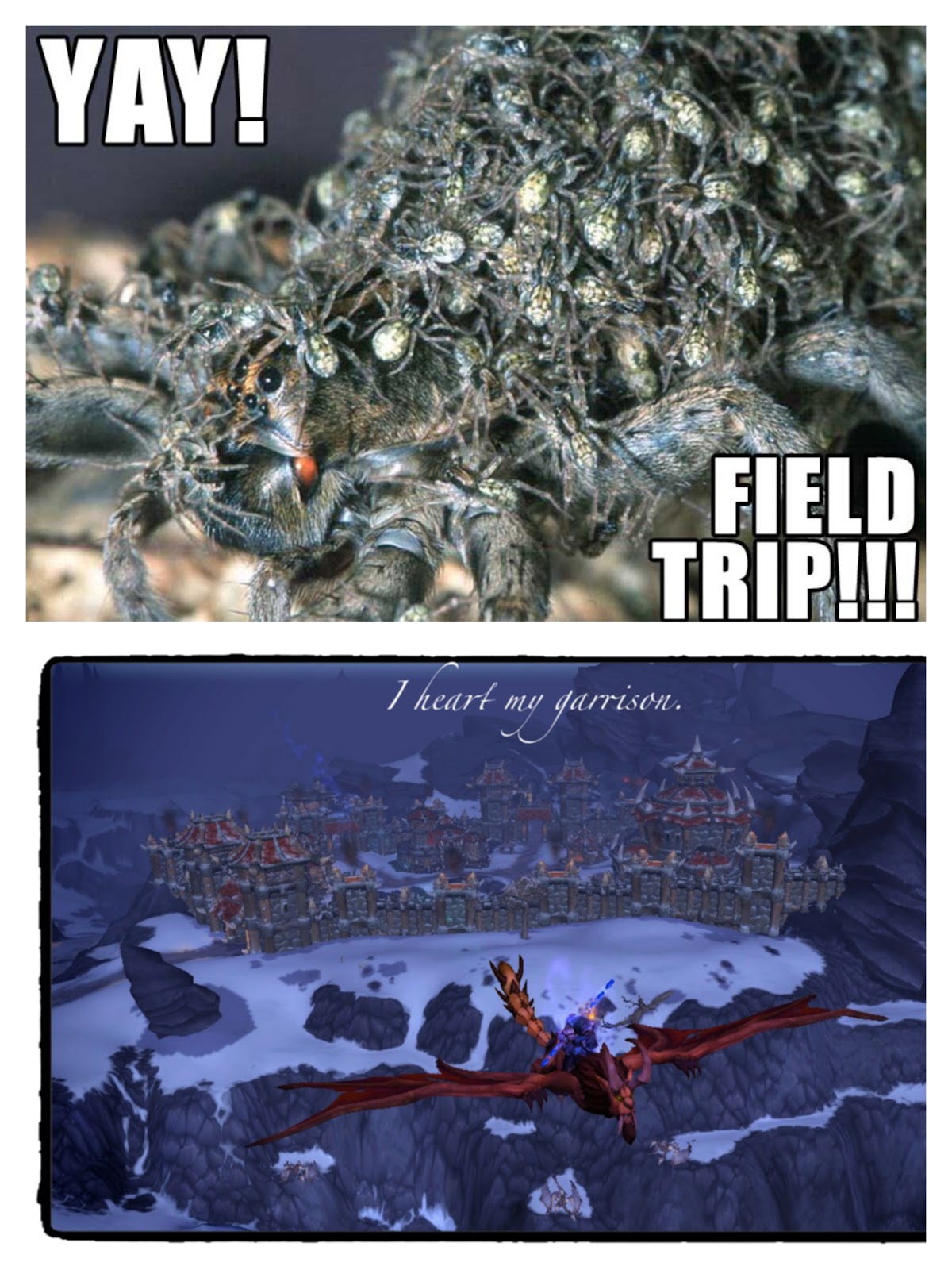 1/ Healers - Pally Lvl46 - 49
Strath live side
Ashayo, Wingy and I decided we would see how 3 manning would go! 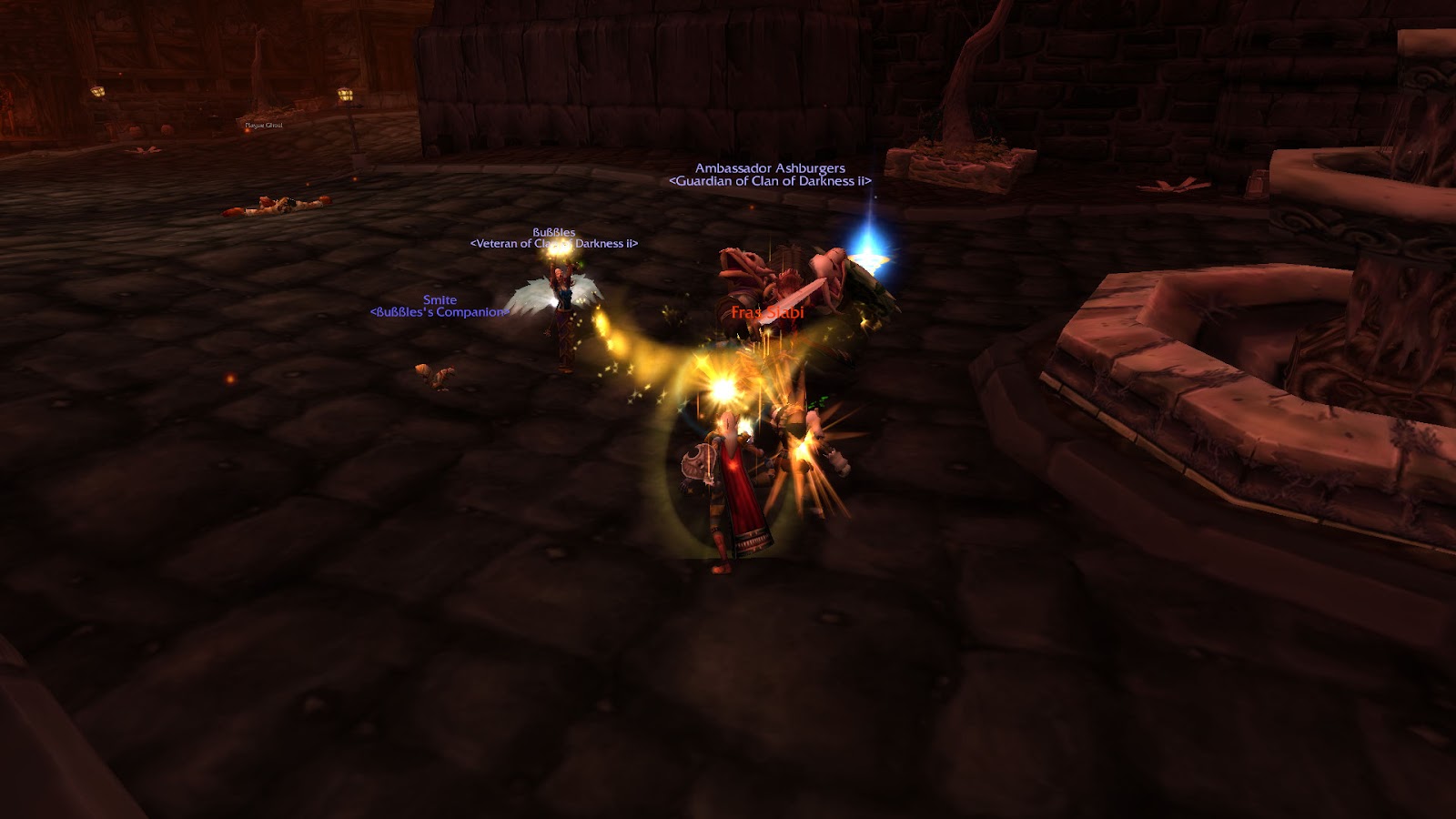 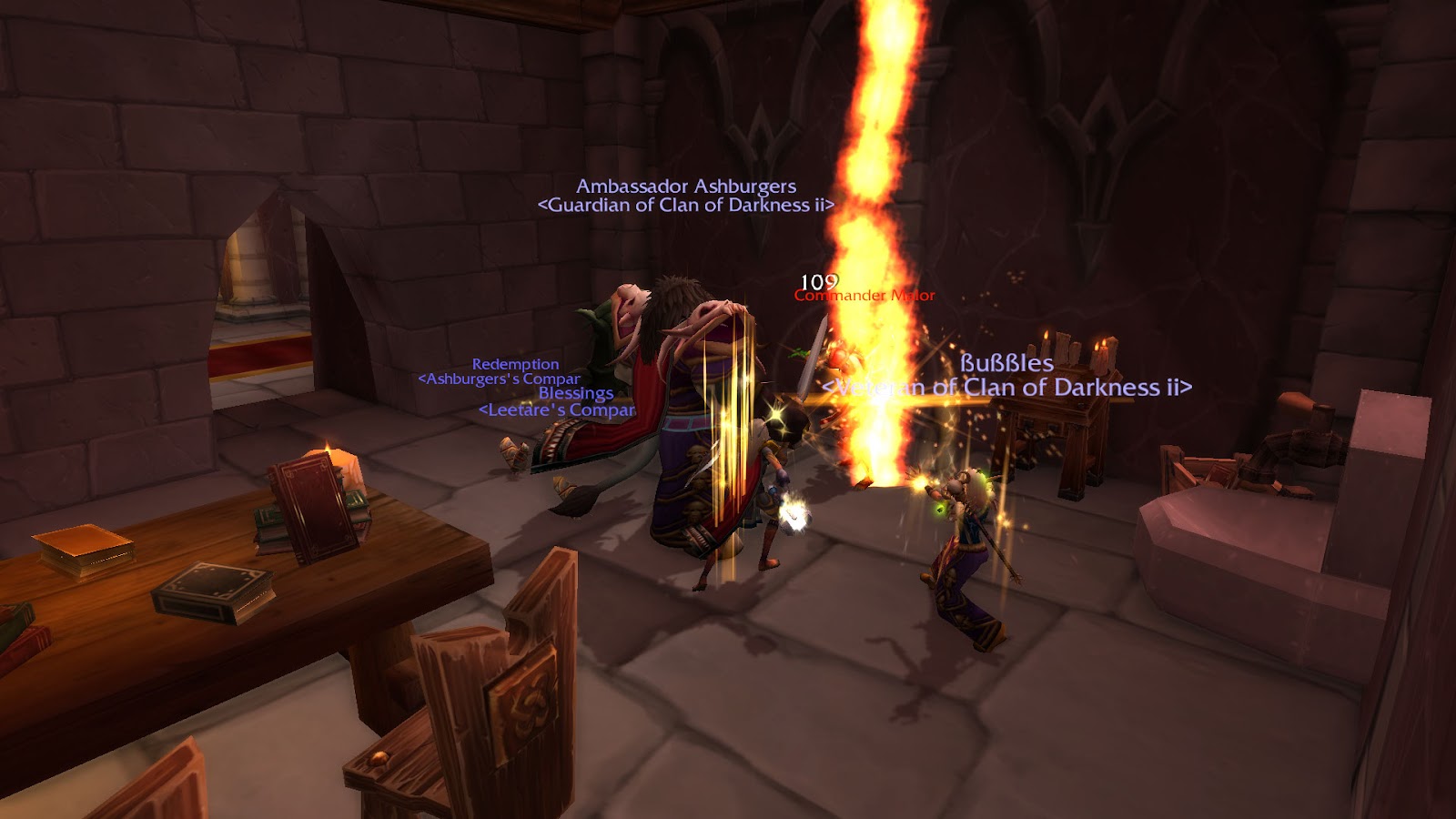 By Fire Be Purged! Wait What?! 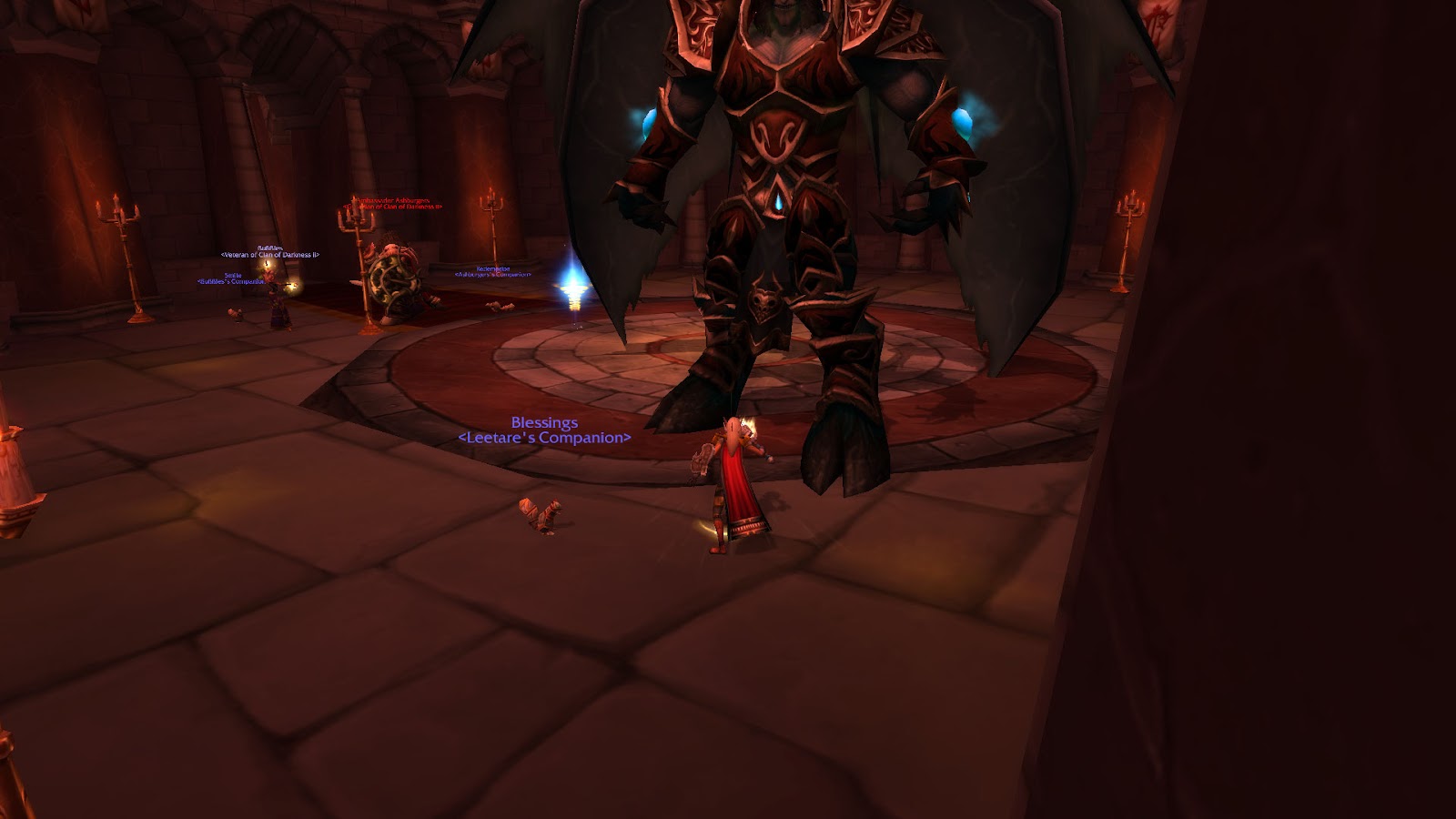 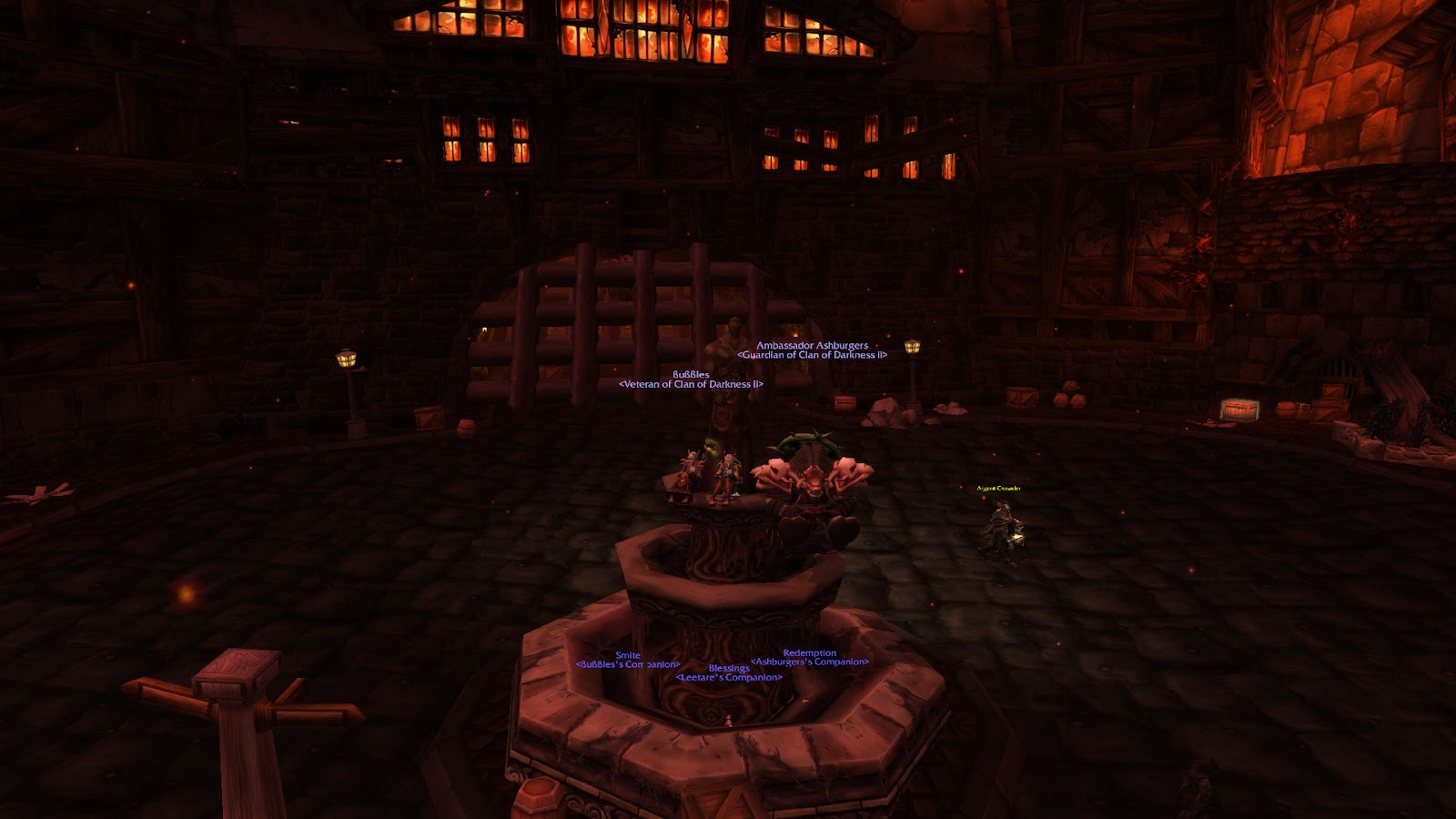 Fountain Chilling!
2/ Warlocks - Lvl68 - 69
The Botanica
Ashayo, Wingy and I took off over to Netherstorm… no flight paths so had a nice long fly… on 150% flying! #slowmount
It was harder to get screenshots as Boss fights were harder but I did get a few! 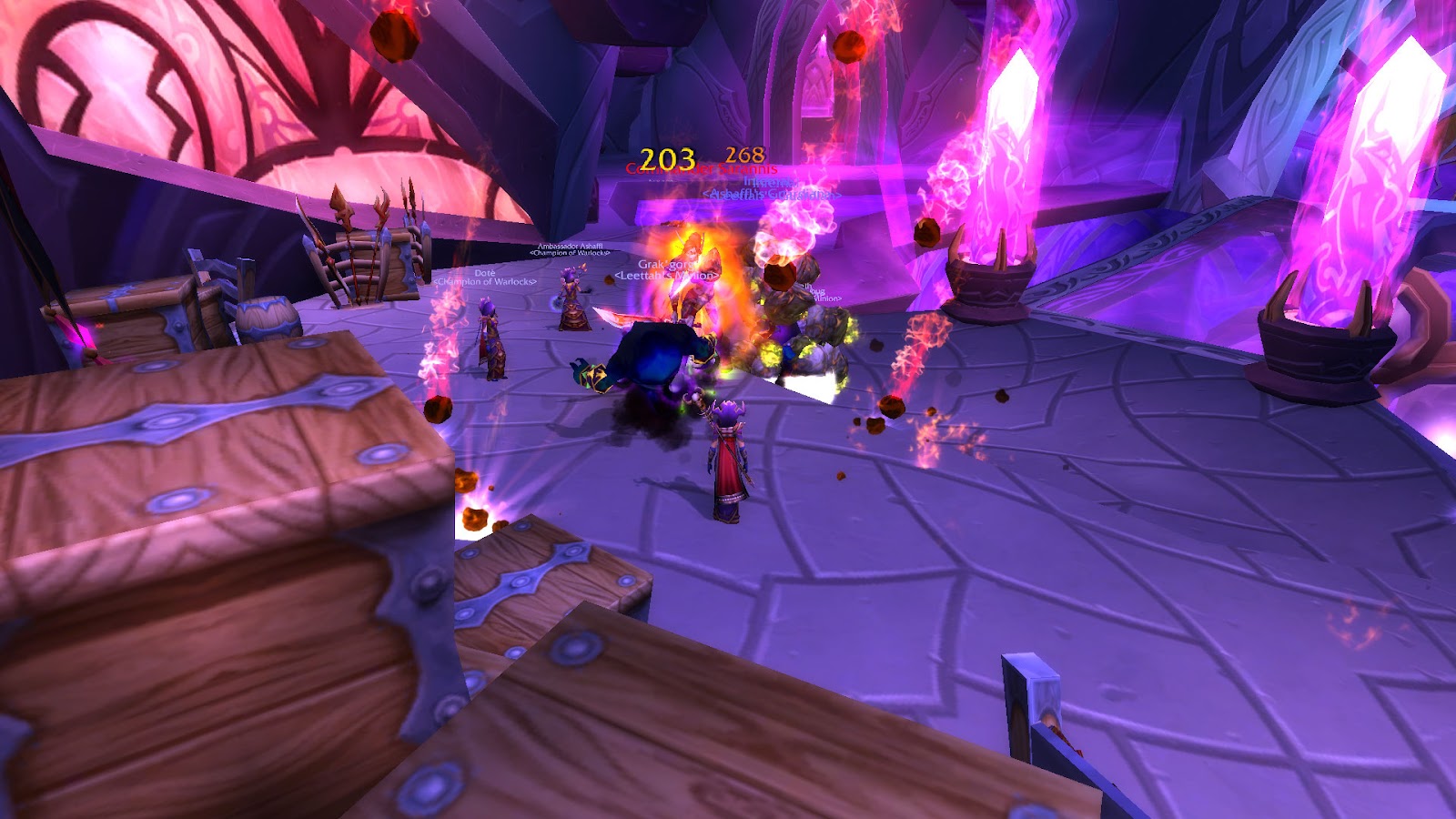 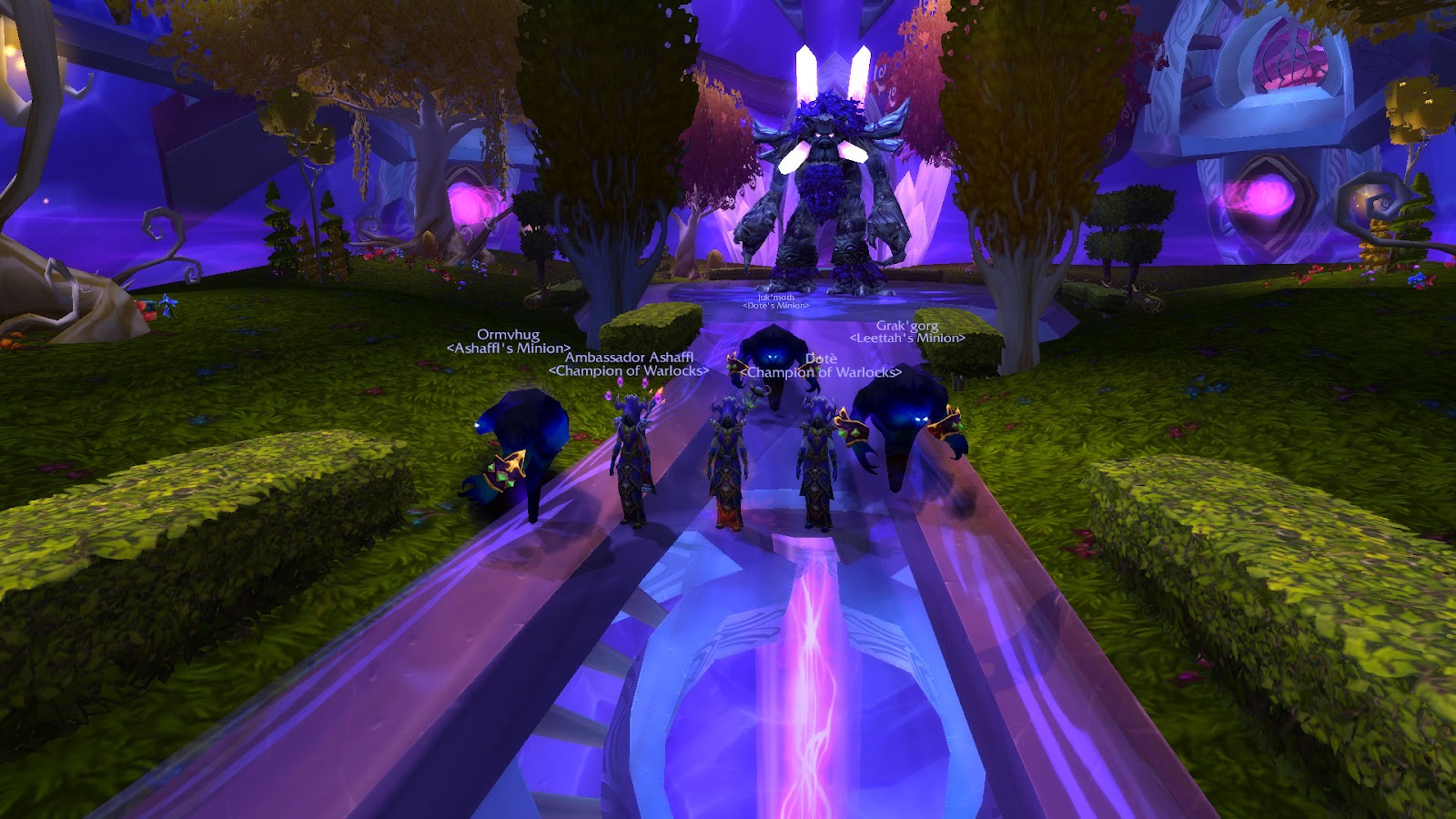 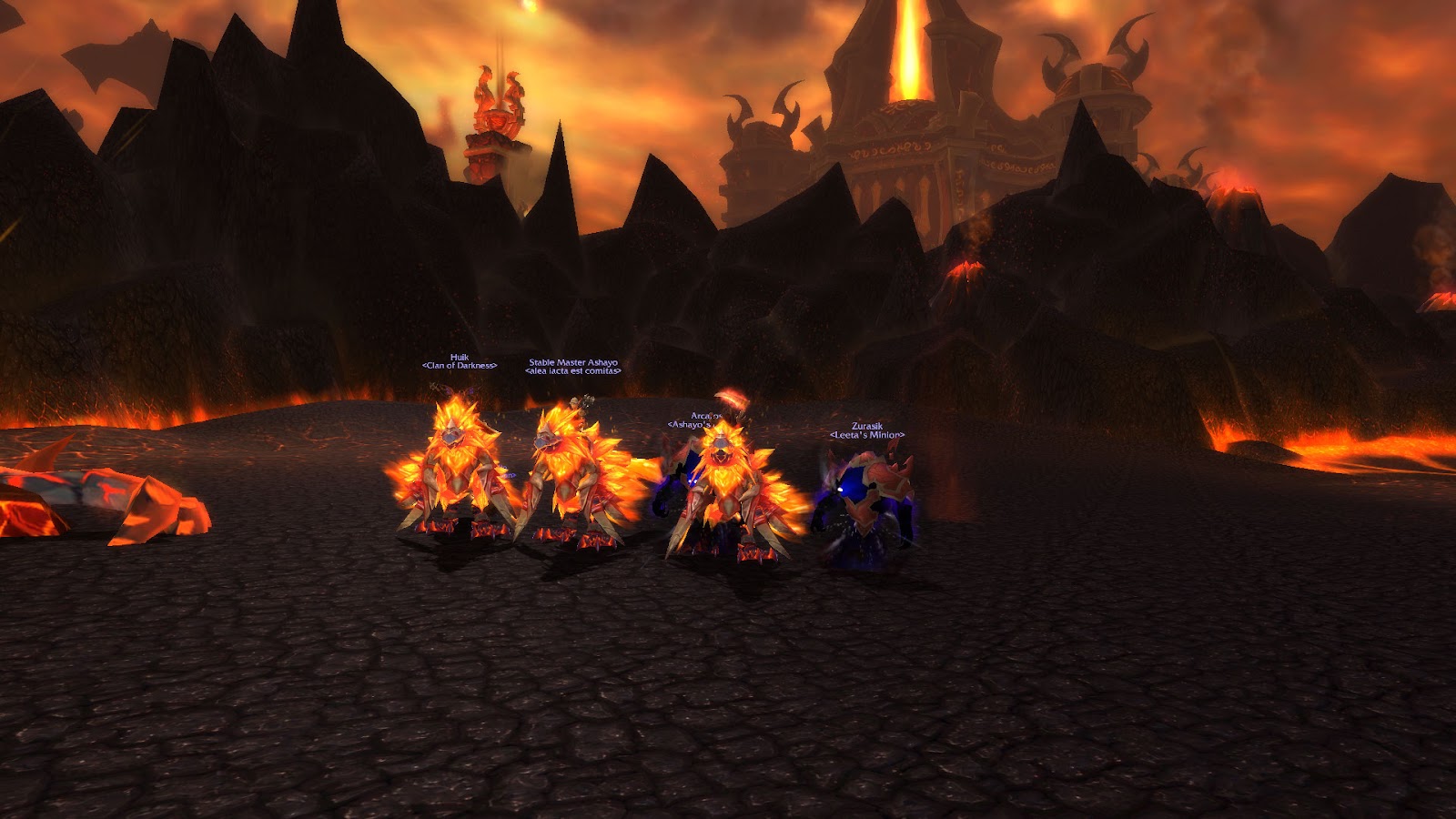 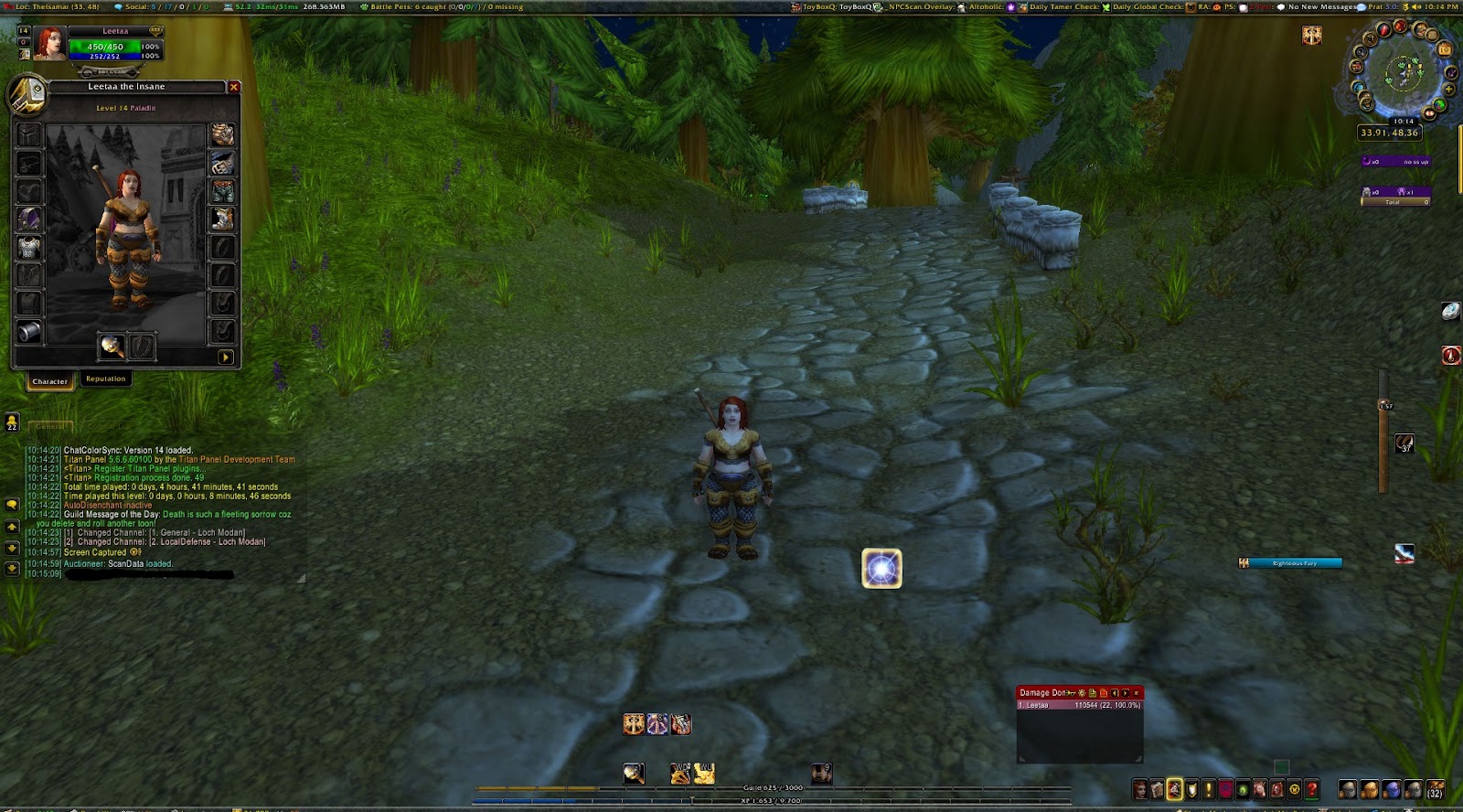 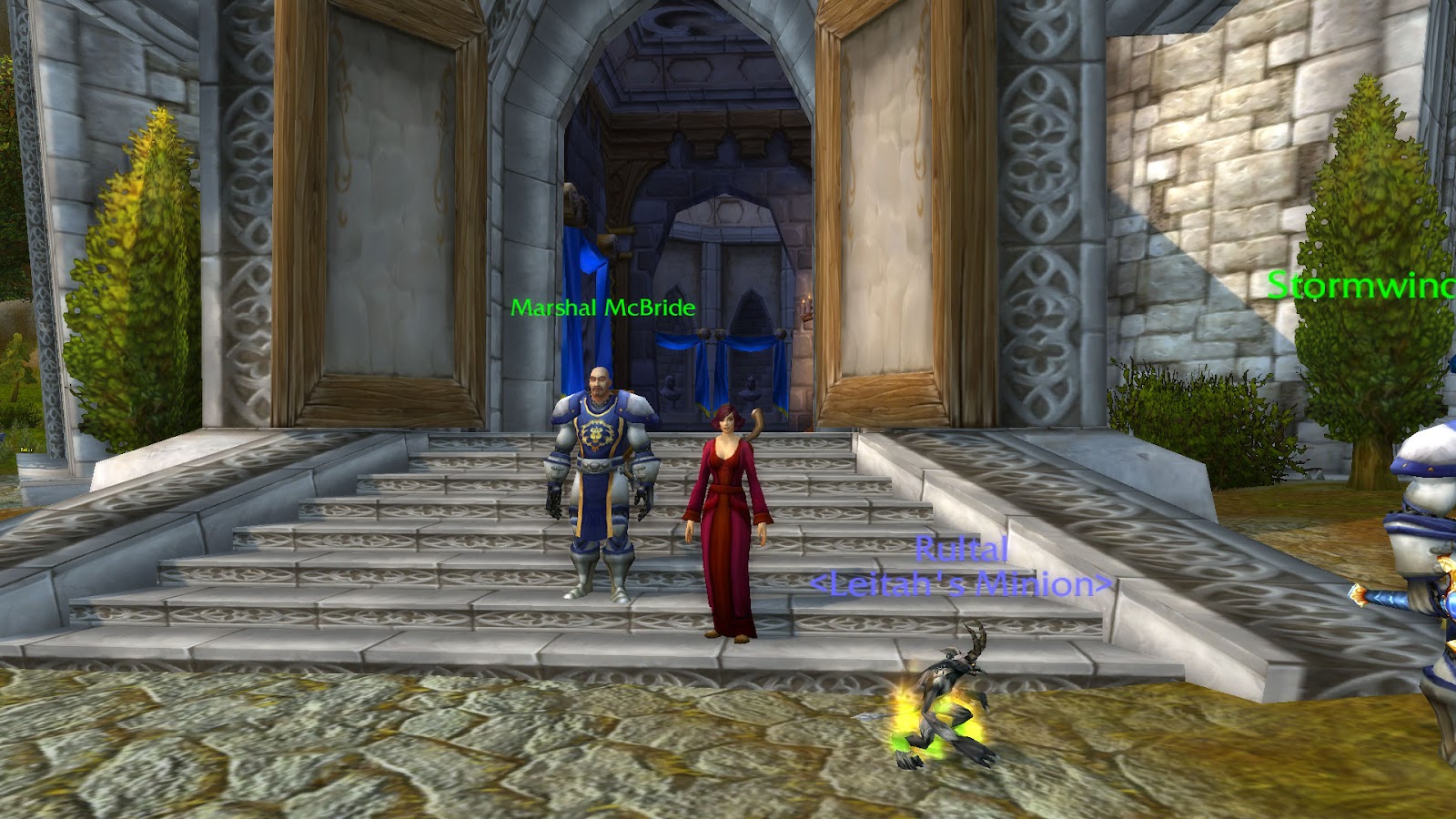 And Iron Leitah is born! 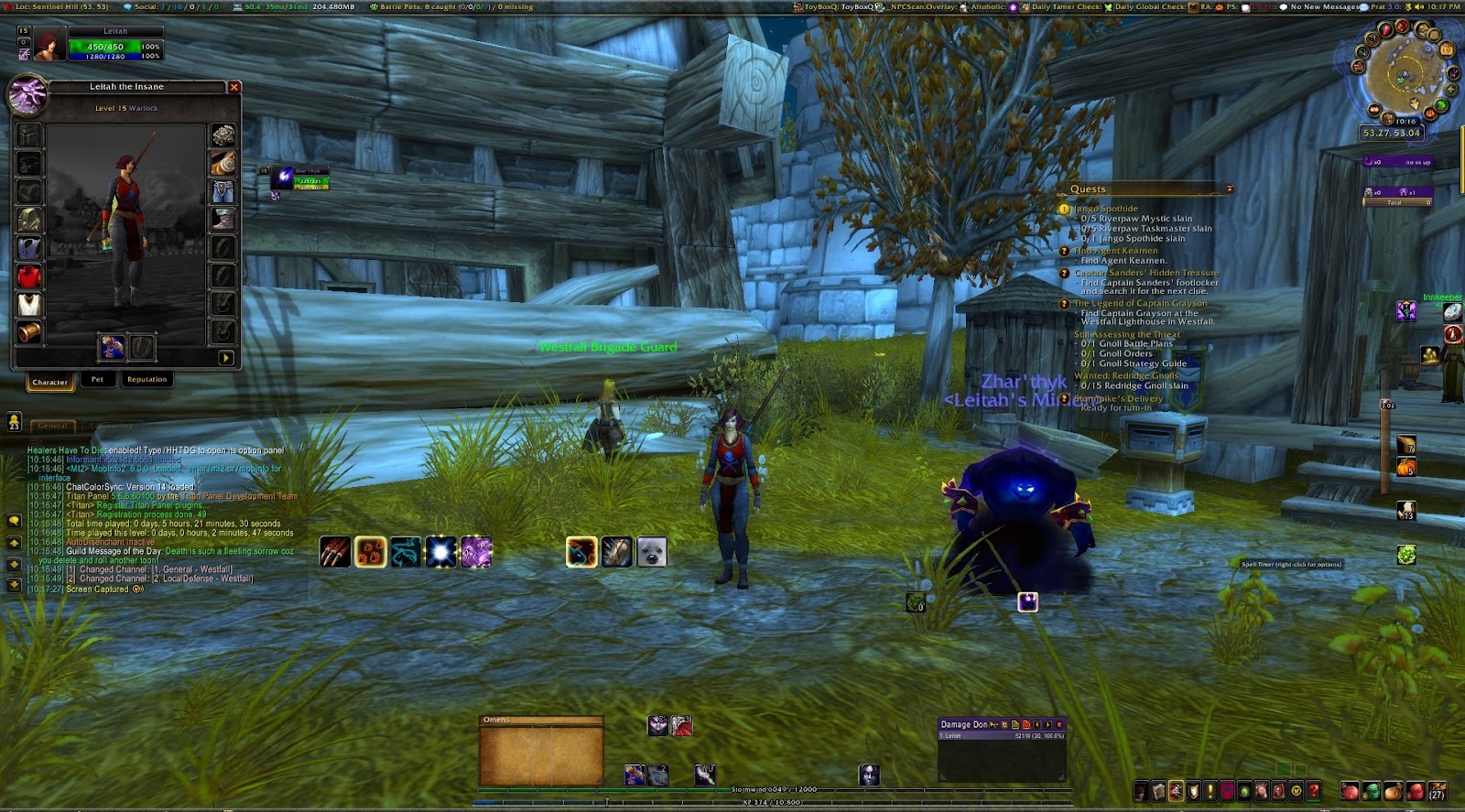 Ding Lvl15 - 5hrs 21mins time played!
And I had a mental moment… when I dinged Lvl12 I was thinking “Can’t wait until I get Immolate and Conflag! Surely I must be close to getting them!”
Yeah… Class Specialization… fail me!
So I have 2 spells as a Warlock -
a/ Corruption which is instant cast
and
b/ Shadow Bolt which is a 2.5 sec cast
At that moment I decided to role a Iron Hunter 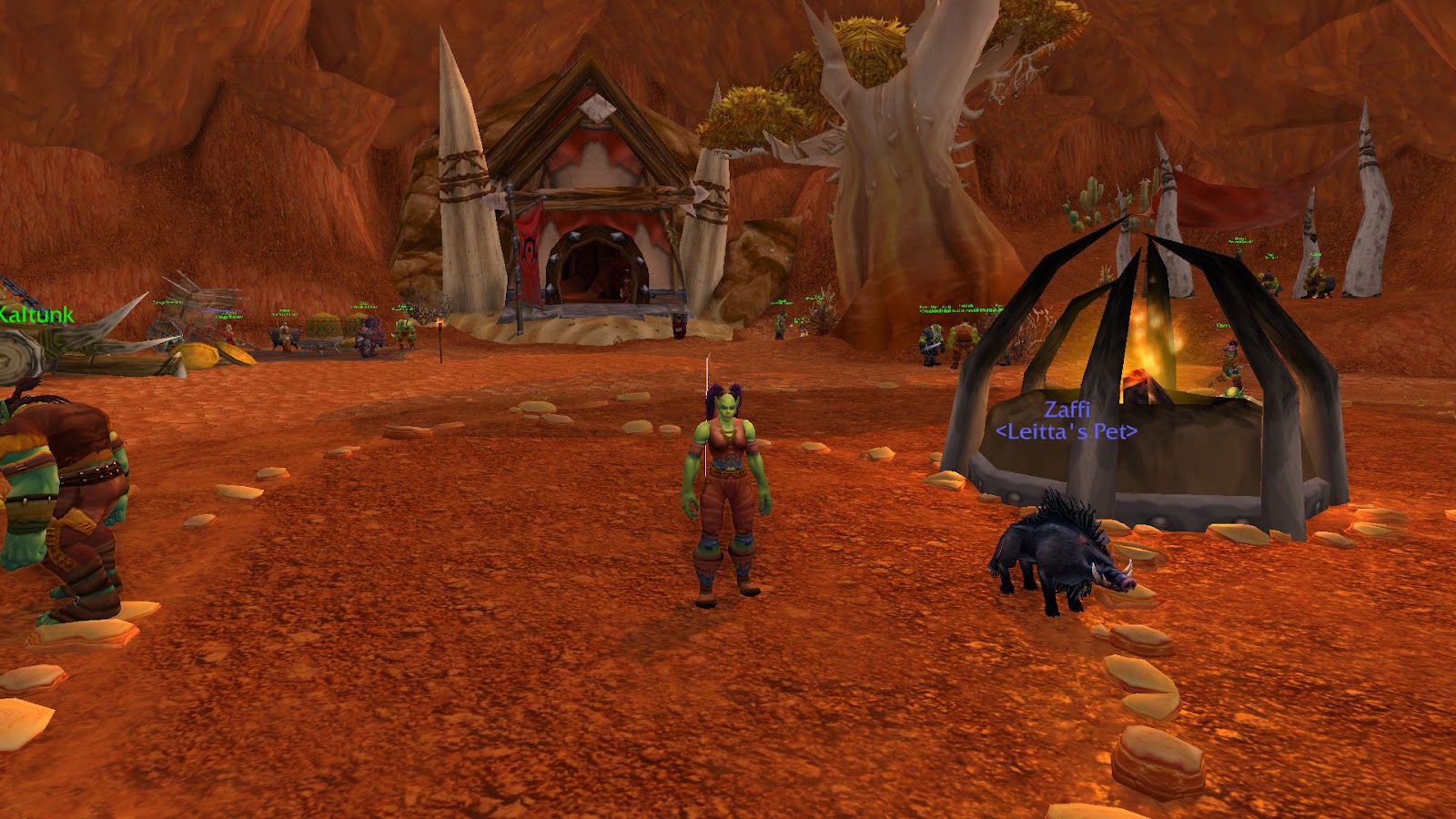 Iron Leitta is born!
Questing has taken me from Durotar over to Northern Barrens and now I am in Mulgore.
Being more picky about quests - if my gut says don’t do it then I drop the quest! 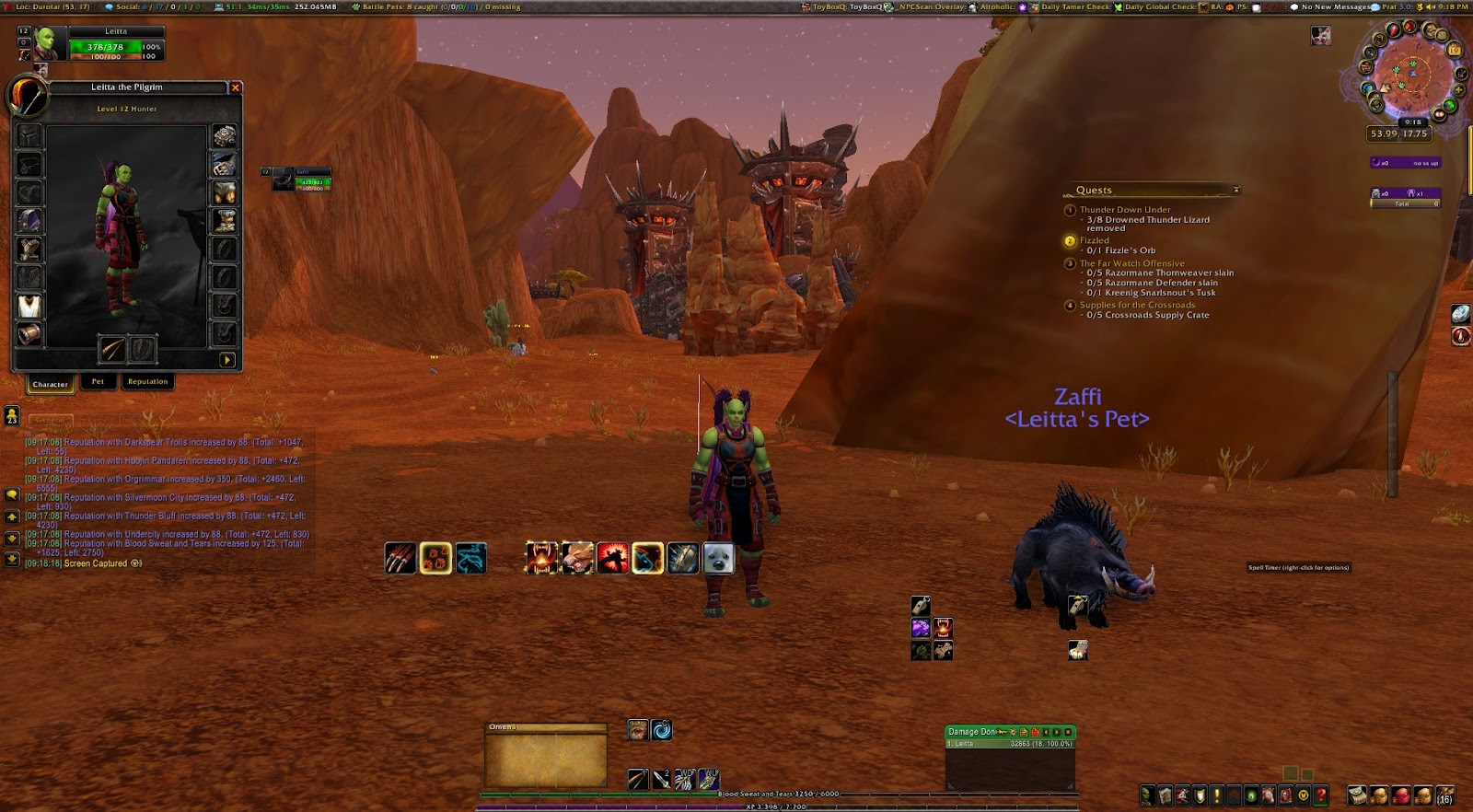 
7/ Heroes of the Storm
I am going to totally blame Amijade for this… “Just come play with us and have a go!” He says.
So I go and do a team thing (technical term) against the AI - Amijade, Nevermore, Lanc and Spree!
Played  the Tank, then tried Malfurion and finally Brightwing.
I mashed lots of buttons… and it was fun! :D 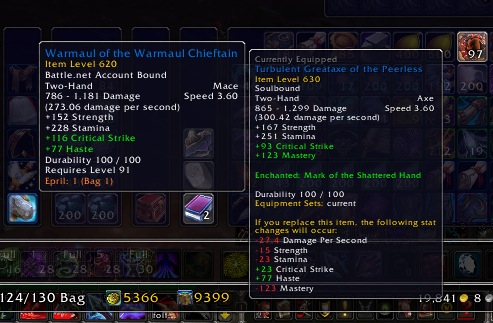 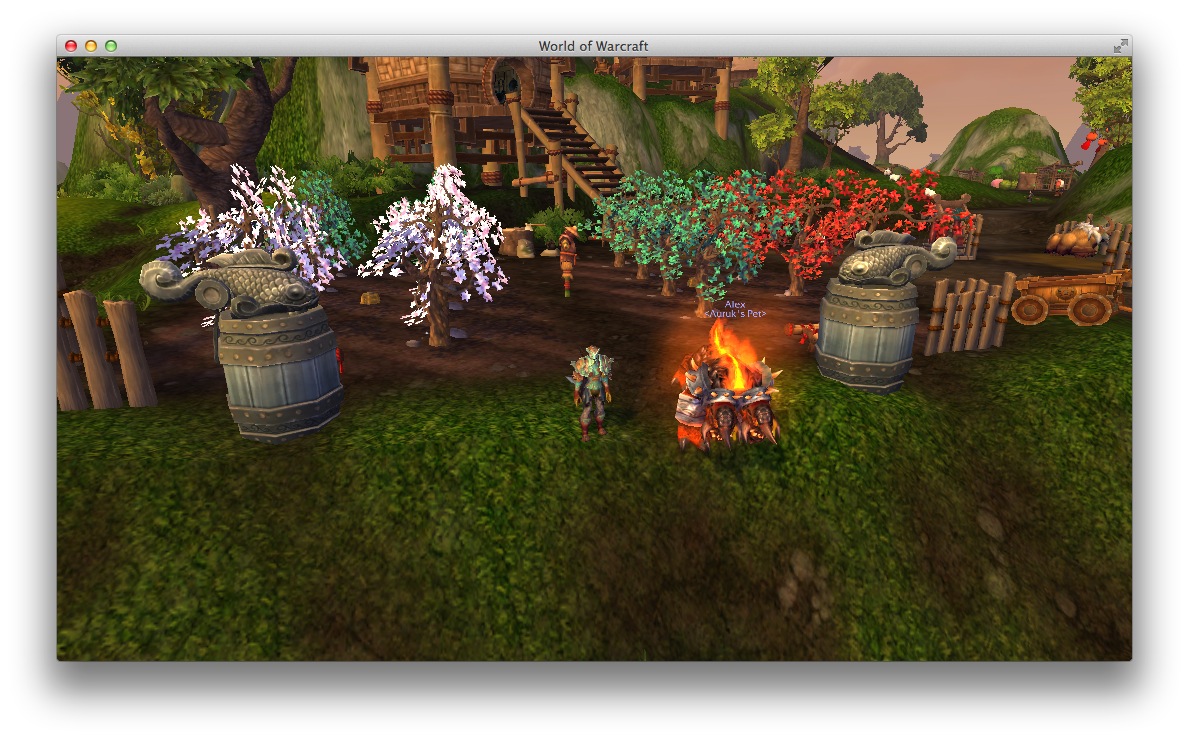 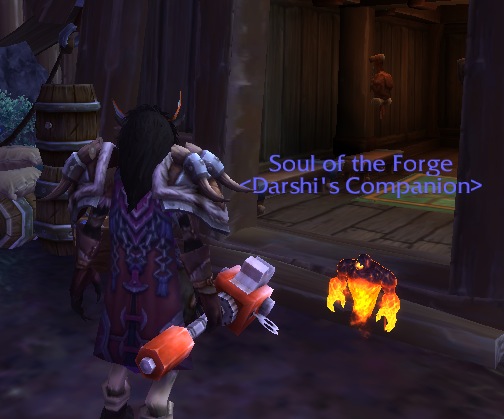 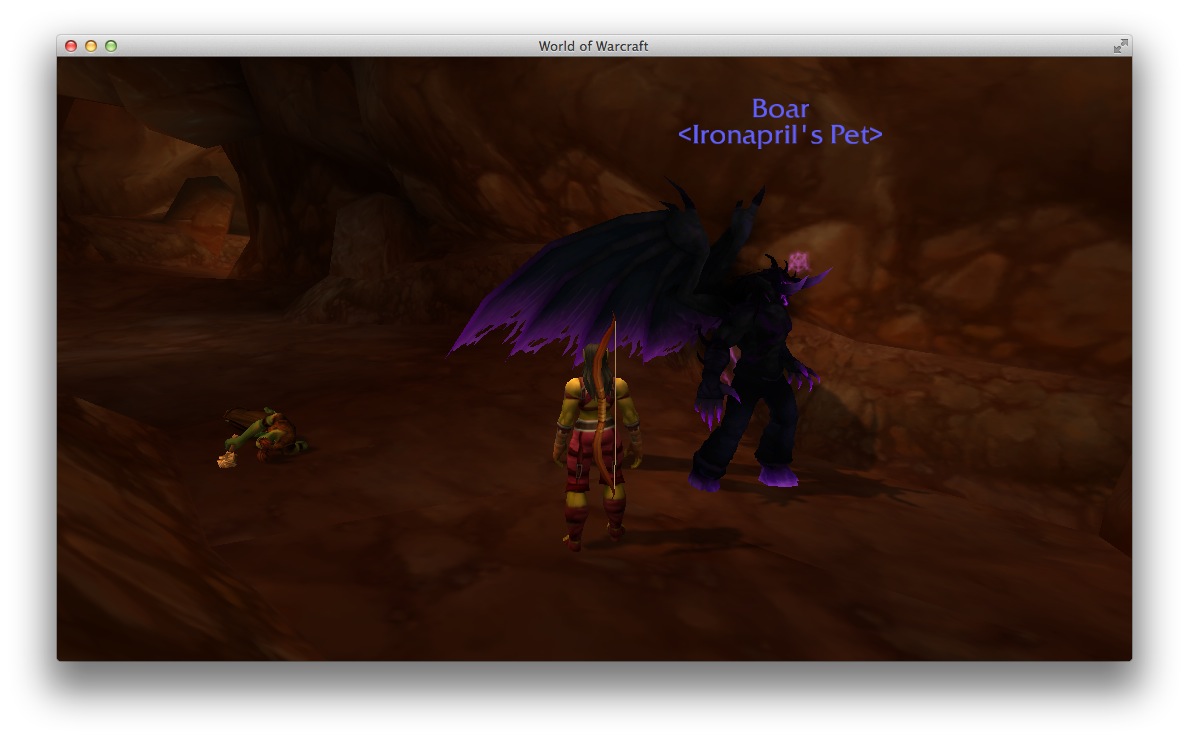 
Original Vrishna invites Leeta & Marzana !!!
and forgets ……….. IronVrishna.  And logs out.
So, speaking of IronMaiden …
dinged 13, sorry to all the triskaidekaphobiacs !
Collection quests. Keep thinking I have to collect on my other toons, OHHH WAIT ! There are none !! Boy, does monoboxing take the edge off that !

Hi there - I've attached my two segments. The Rogueslayer segment is set up to be kicked off by the usual, "Rogueslayer, what have you been up to this week," kind of thing.


Also, the show notes weren't up, and since I've never created them, I didn't want to take a chance that I'd hose them and then be on the highway somewhere unable to fix them. Instead, here are my notes for my segment and the CoD Guild Updates: 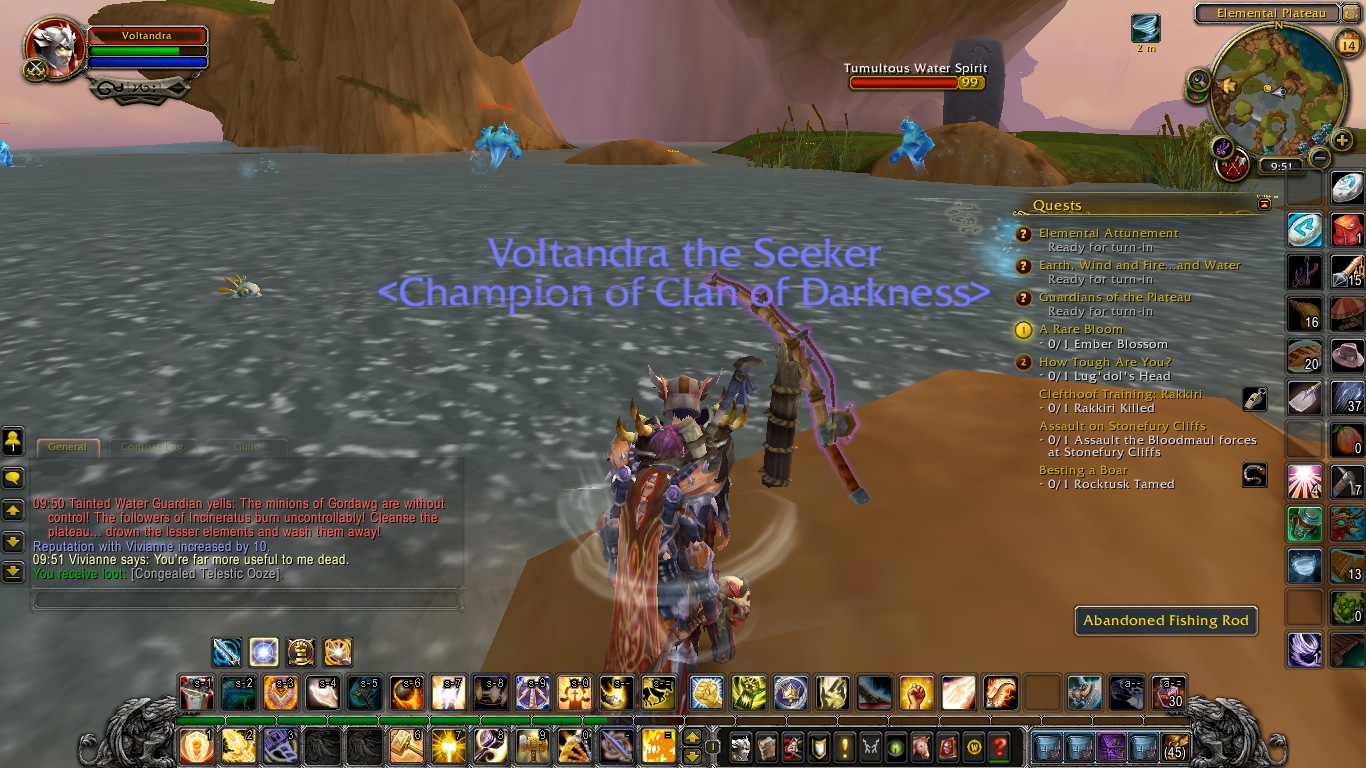 Kristen's audio
Hi CaW crew!
Here’s my audio this week. This means 2 weeks in a row. Woot!
Hugs to all,
Kristen
P.S. I apologize for the heavy breathing in this one. L


CAW question
Since I contributed to one of the longest episodes in a while I thought I'd do something on the opposite side of the spectrum.


Hi,
I think you're all great. Keep up the great work.
Thanks for having me on.
Cheers!
Stone
WoW Challenges - http://wowchallenges.com


Attached is my audio for this week.


I really should say more in this written part of the email but I tell all in the audio so...


For the Horde,
For th Alliance
For my first Ironman toon.


Still no audio
Sorry no audio again this week sad face but it was a busy start to the week and the last was just as hectic no game time this weeks as for last week I managed to get my arse to dark more fair. So that was nice got in some more HoTs time and gained a few levels if you find me in your team I am truly sorry for I lack the team spirit. Basicly I get bored of the group and wander off to solo towers or mercs it's not the best strategy as it tends to get me killed a lot. Plus the people tend to have such great things to say like (this section had to be edited for the clean tag). Then the stuff about my heritage just plain rude but I choose to be the bigger troll and basically start rolling my face on the keyboard yes people that insult me in HoTs. If you think I was a noob and sucked before I assure you I was at least trying before then after I reach that point I just face roll sometimes quite literally. As the people on the book face will know I got the ink the other day for my nephew for as I have come to understand I knew little of him in life so in death I shall make sure I never forget him. For as I have said in the past I shall carry him forever more by my side tears face. Well that got depressing fast must think happy thoughts as I lose site of the iPad screen threw the tears mum sent me to feed the chickens today at my brothers farm she gave me a bucket of food scraps and everything. Little did I know that by chickens she meant super evolved velociraptors and by feed she meant be the food I am not a small man but I have found that about 30 of them will manage to take me down and then after getting the bucket turn on me and try to eat the large idiot that has wandered inside their cage. It was humbling trying to crawl to their wheat drum to fill their bowls as they actively try to eat your face.


Wow that was long winded hopefully I will have a audio next week.


And for Constrax who I believe will be on GGW as to Patchworkgirl who is also heading on over at some stage.


P.S I know Patchworkgirl has a real name but I will be buggered if I know how to spell let alone try and mangle it with my vocals.


P.P.S For Rigarmorty getting whatever the hell he missed out on Facebook this week seriously it's like he speaks a different language or something


P.P.P.S yes this is the last part I promise


I'm constraxxone (pronounced Konstraks) a moderate altaholic and pet collector, I doubt there is a cure for either of those but therapy sounds like fun.


I have been playing for 6 years now and I'm really grateful you explained where to go for the pathfinder progress  tool on www.wowhead.com  I checked it out and it happens I only have 47 treasures to find to be all caught up on the current possible progress for that.


I've been talking with Raven from the Girls Gone WoW podcast and I will be fortunate to guest with them this coming Sunday to talk about support Roles when we play the game.  I really like their interviews and have been listening to them since episode 98, they are currently on episode 182.


Leeta guested with them a few times and I had so much fun hearing Big G's submissions, he truly is a man of mystery with tales that add vast depth to his character.  I heard Aprillian mention that she wanted a syd the squid, I looted a spare one after 1 year of farming that, so I sent it for the Draw, I think Aprillian should do the /roll and see if she gets lucky on the chatroom giveaway.  I also mailed a Sky fry, both pets are in Leeta's mailbox (warlock main)


Have an awesome show, I really look forward to hearing all the stories.

Posted by Aprillian at 7:32 PM