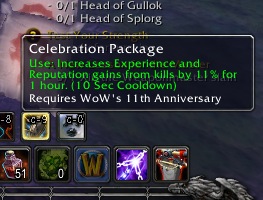 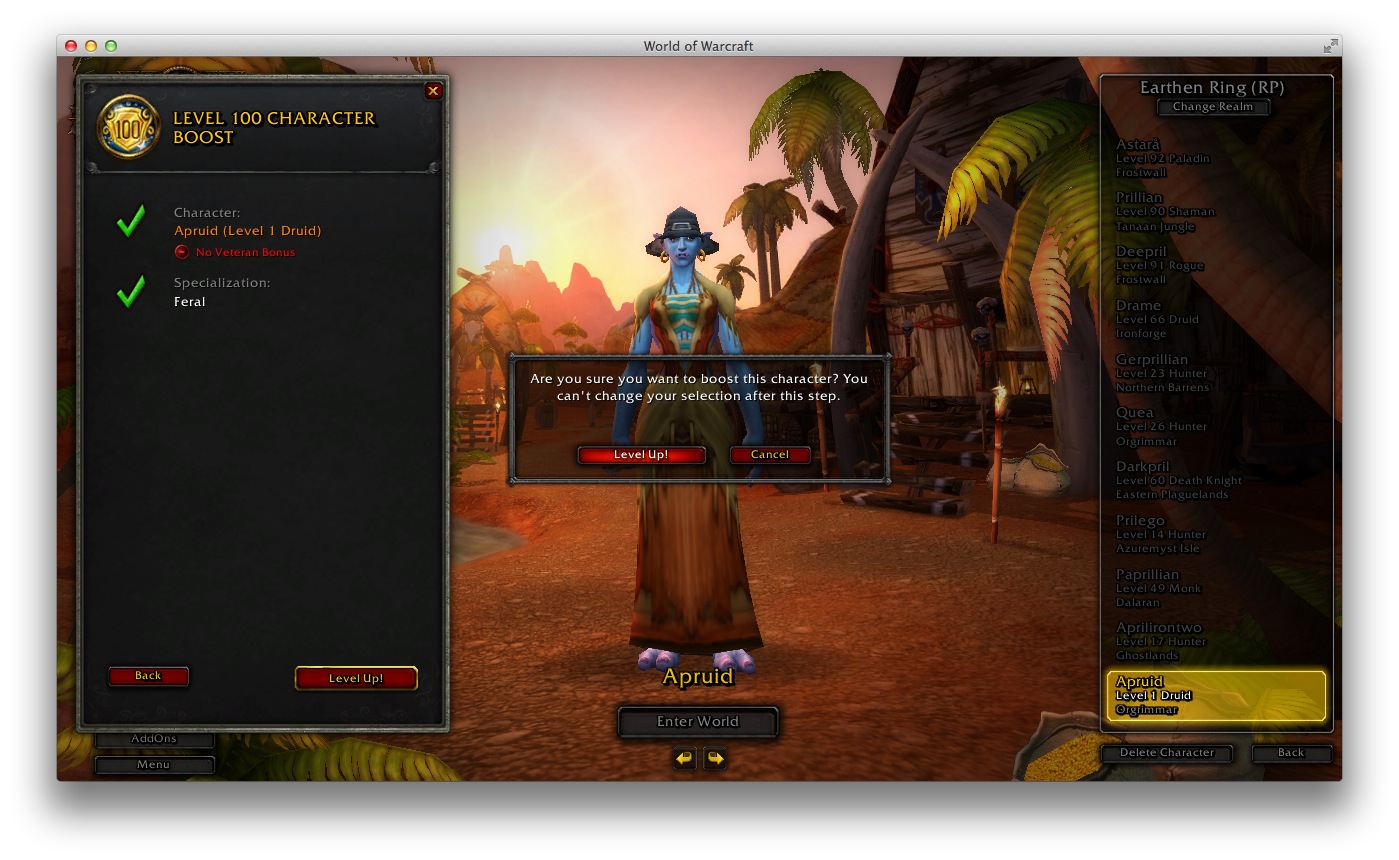 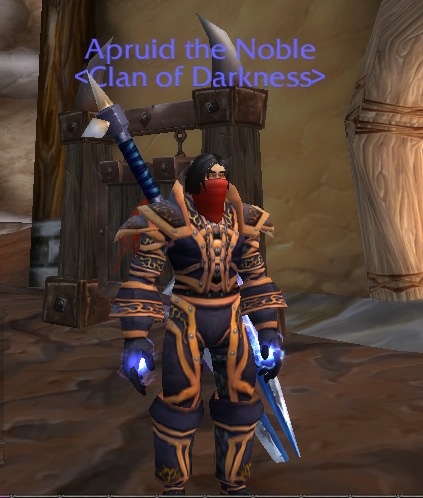 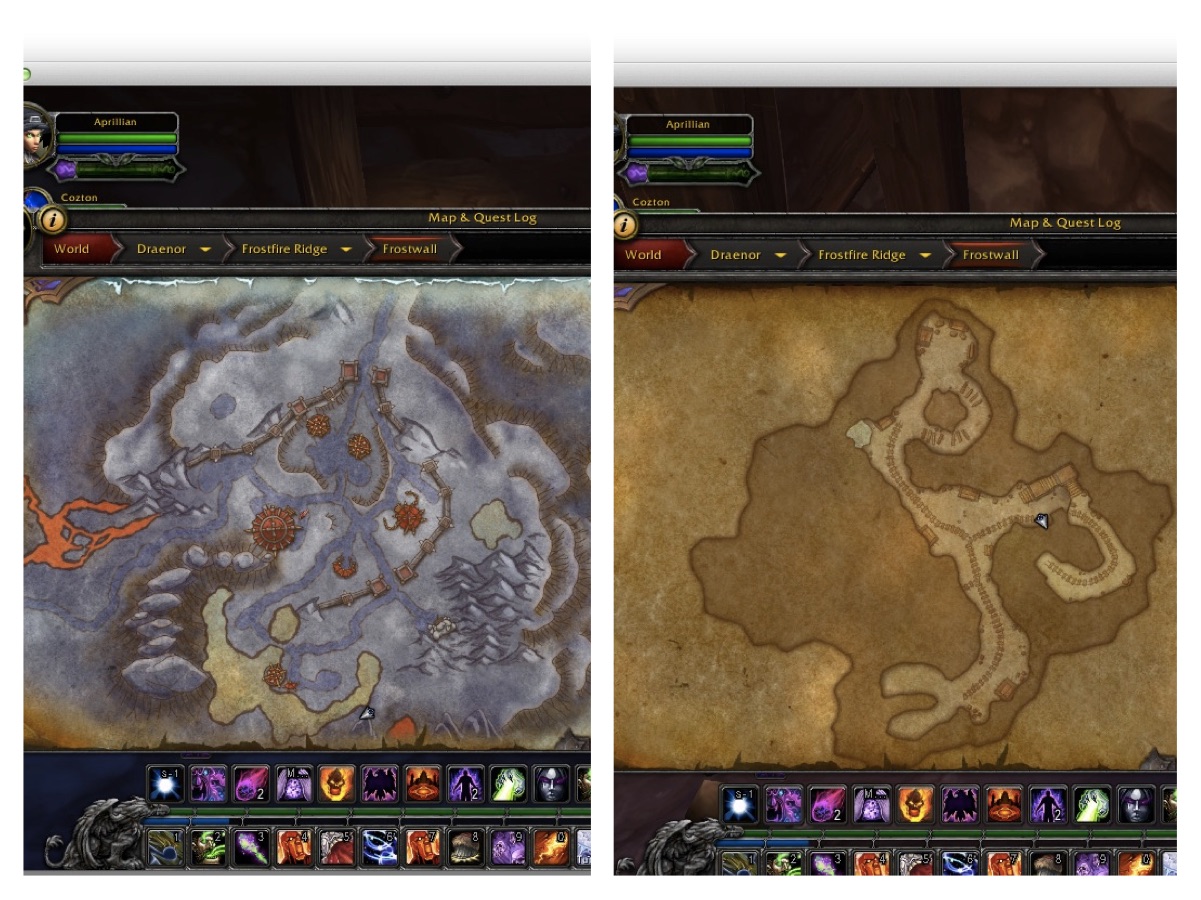 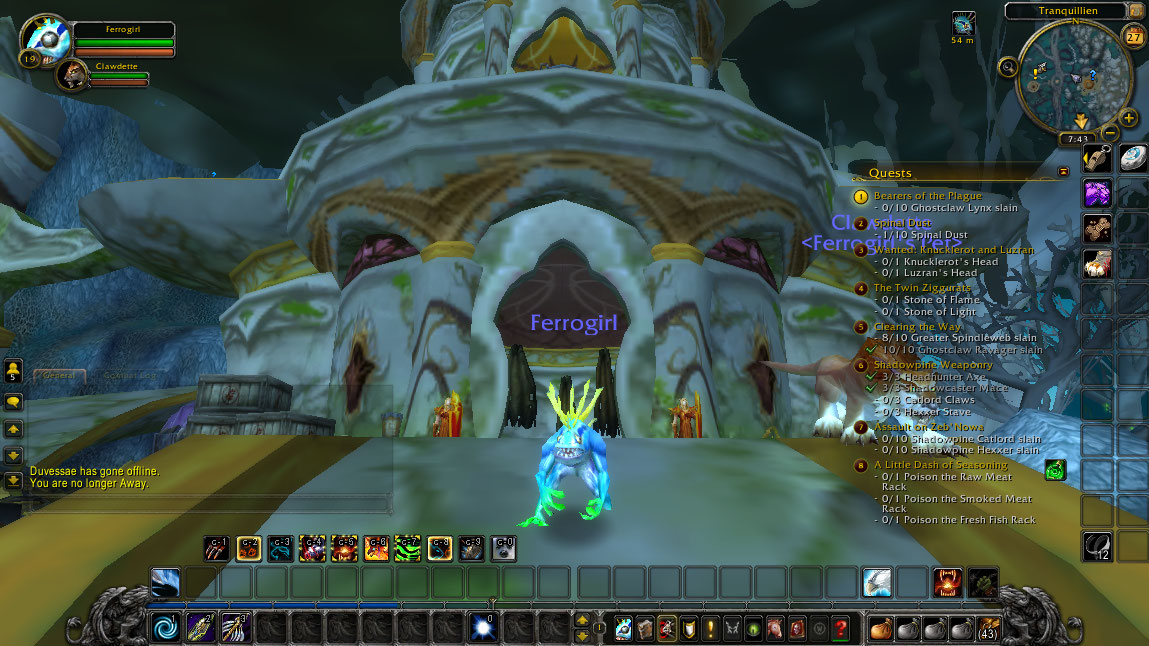 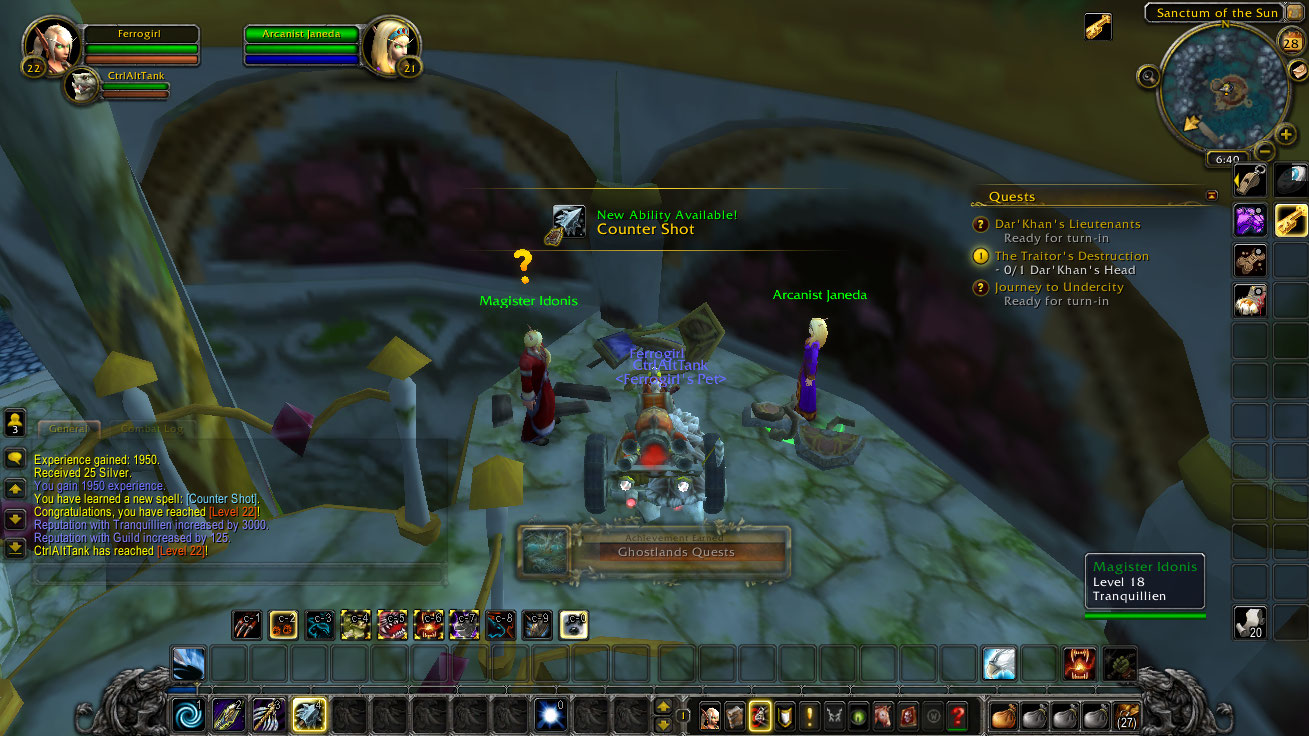 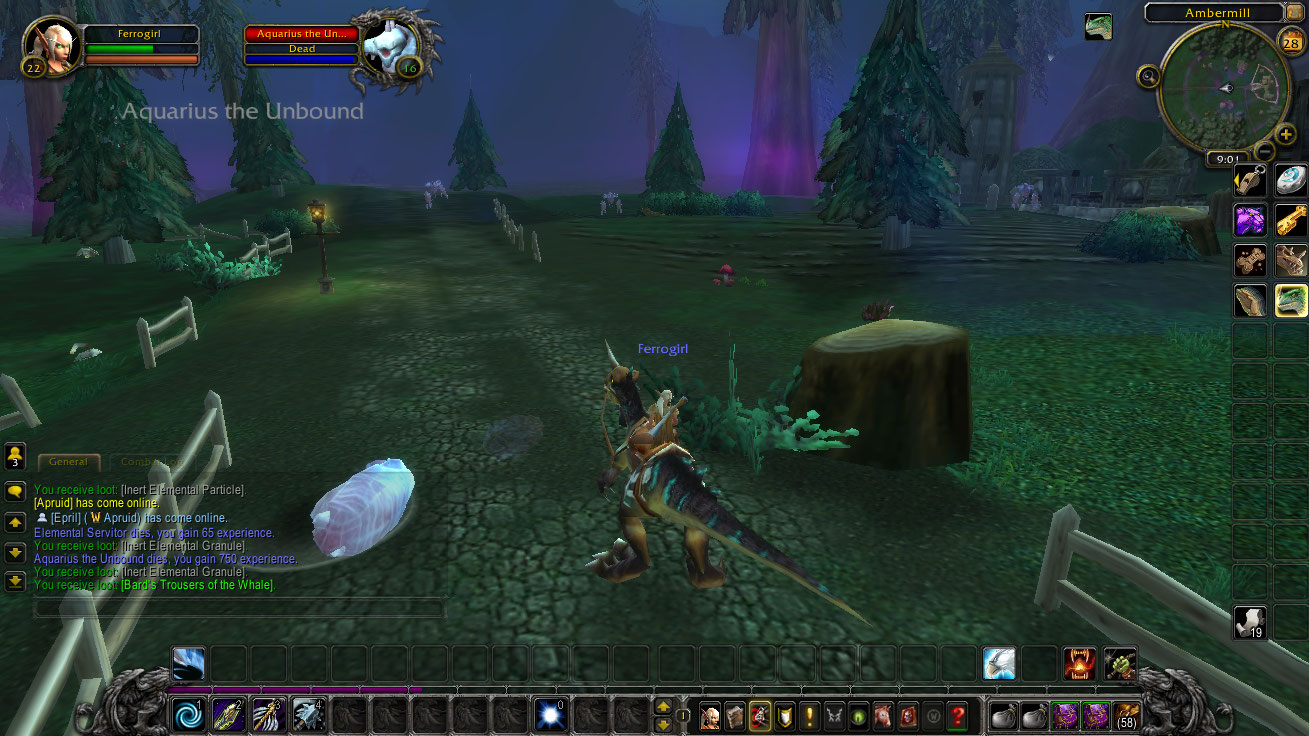 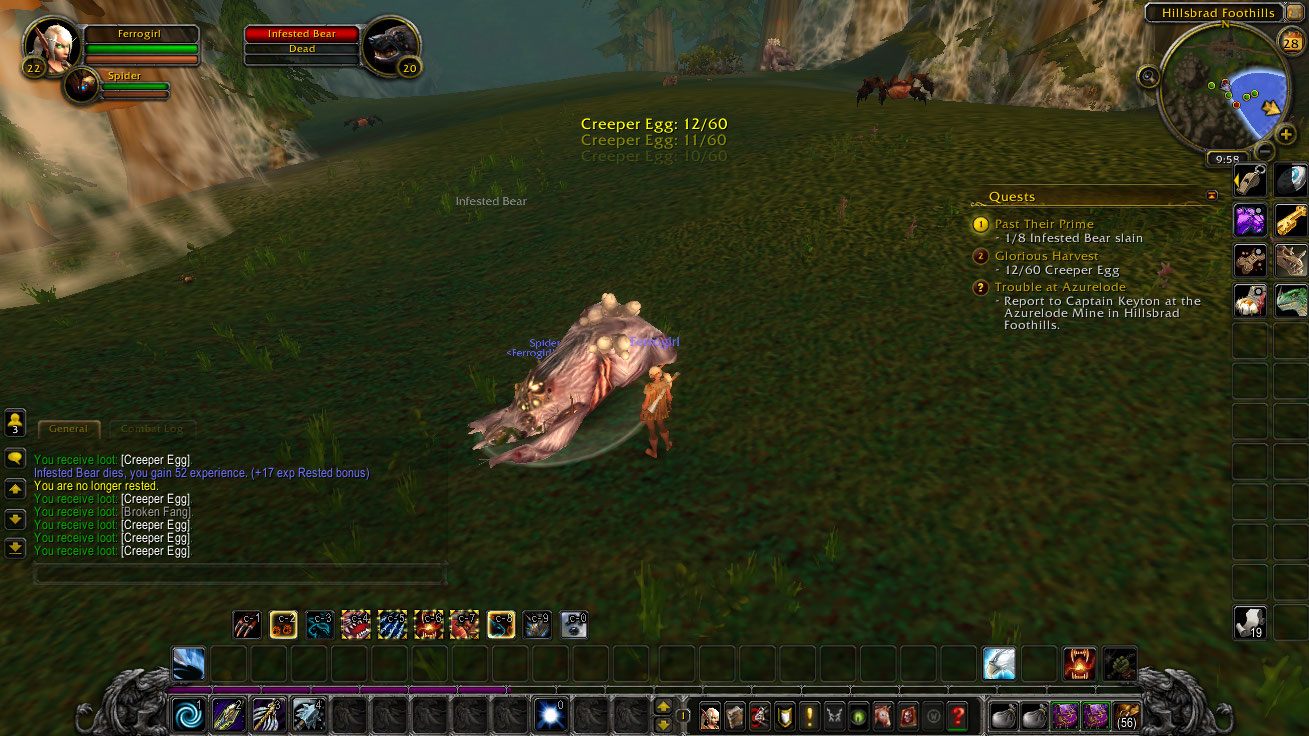 What up wit dat ? 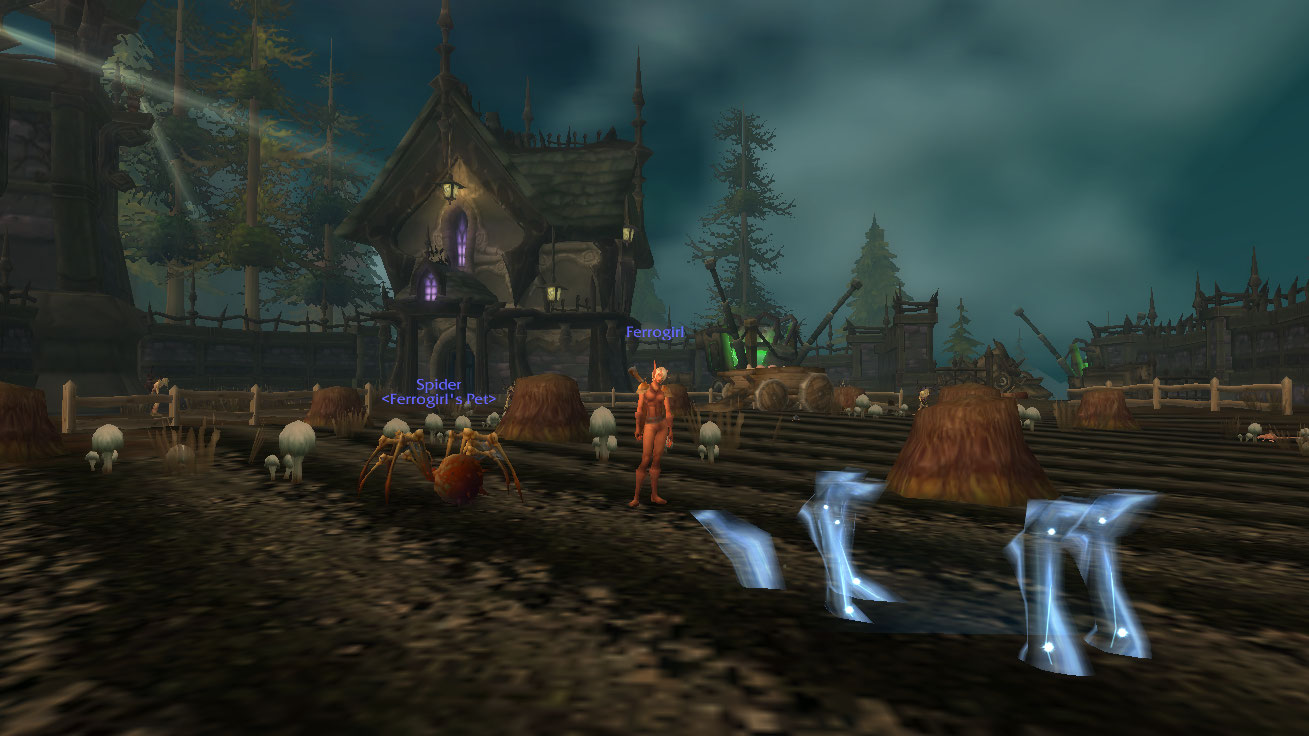 Nice views of the Ruins of Southshore ! 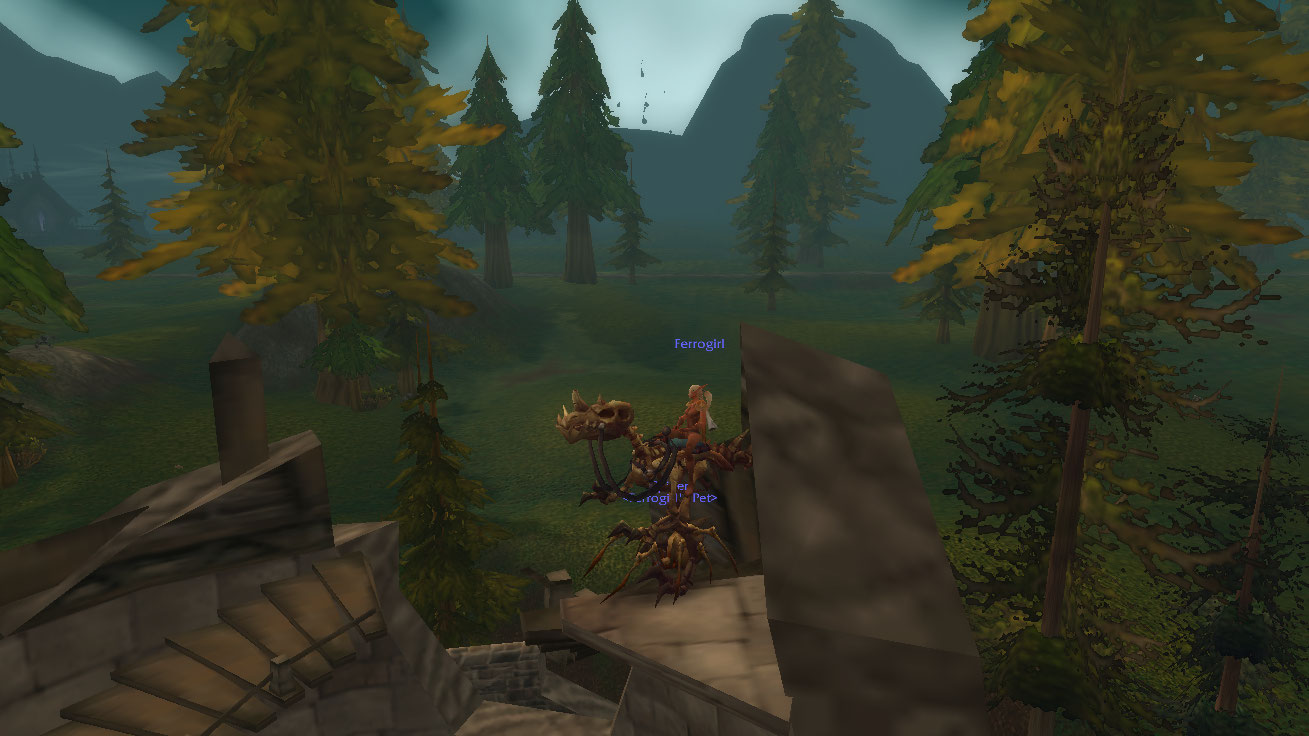 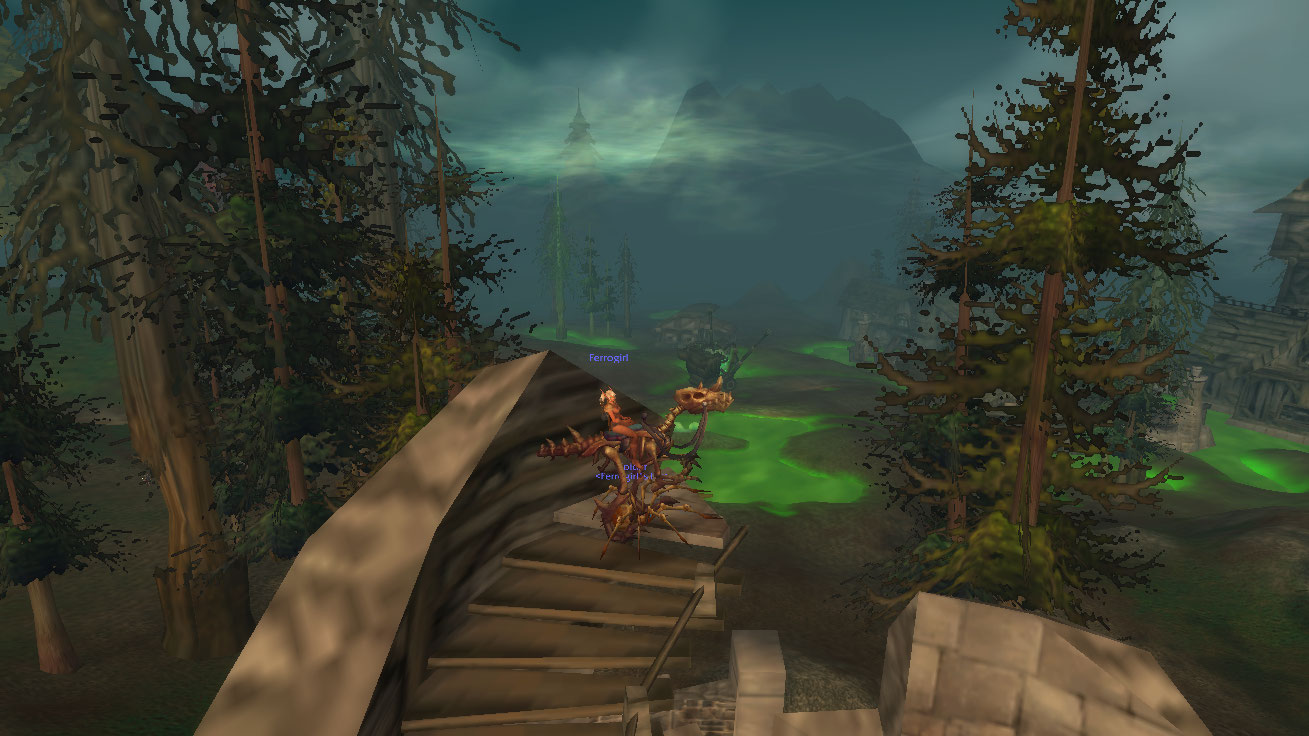 Yeah, he SLIMED me !
This one was CLOSE ! 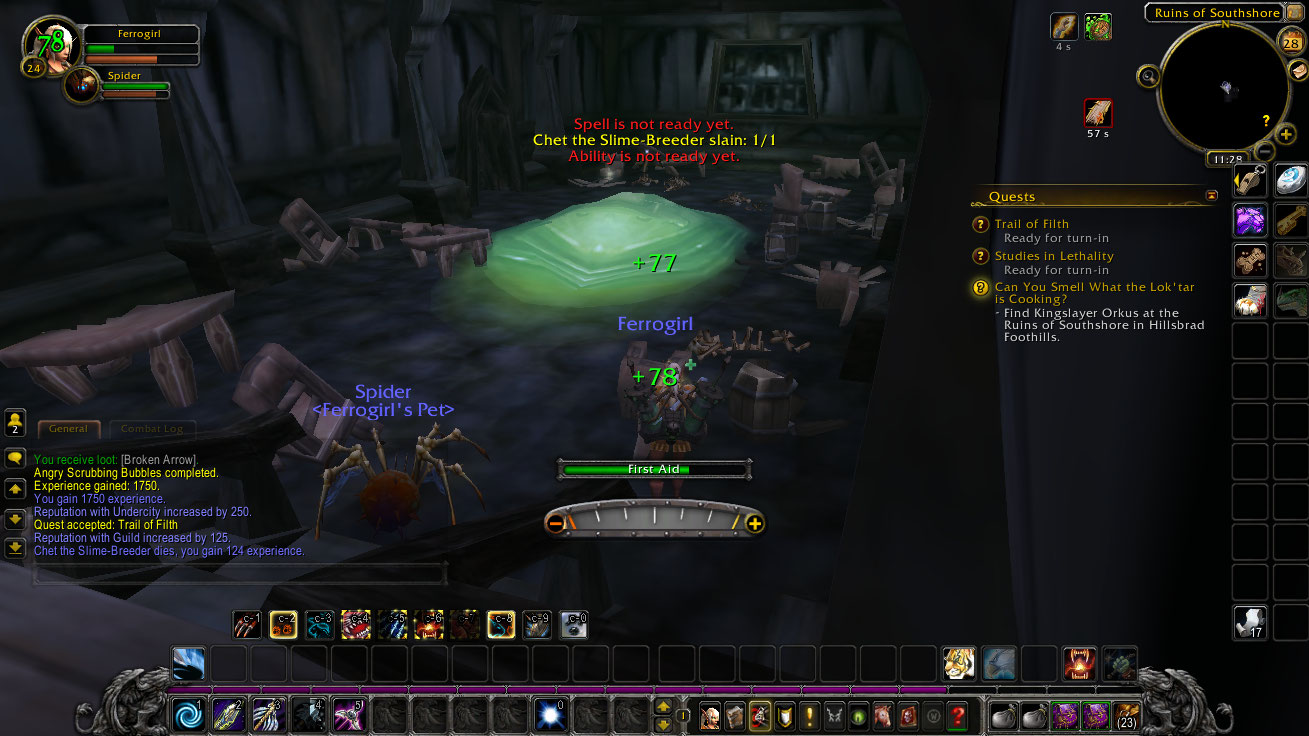 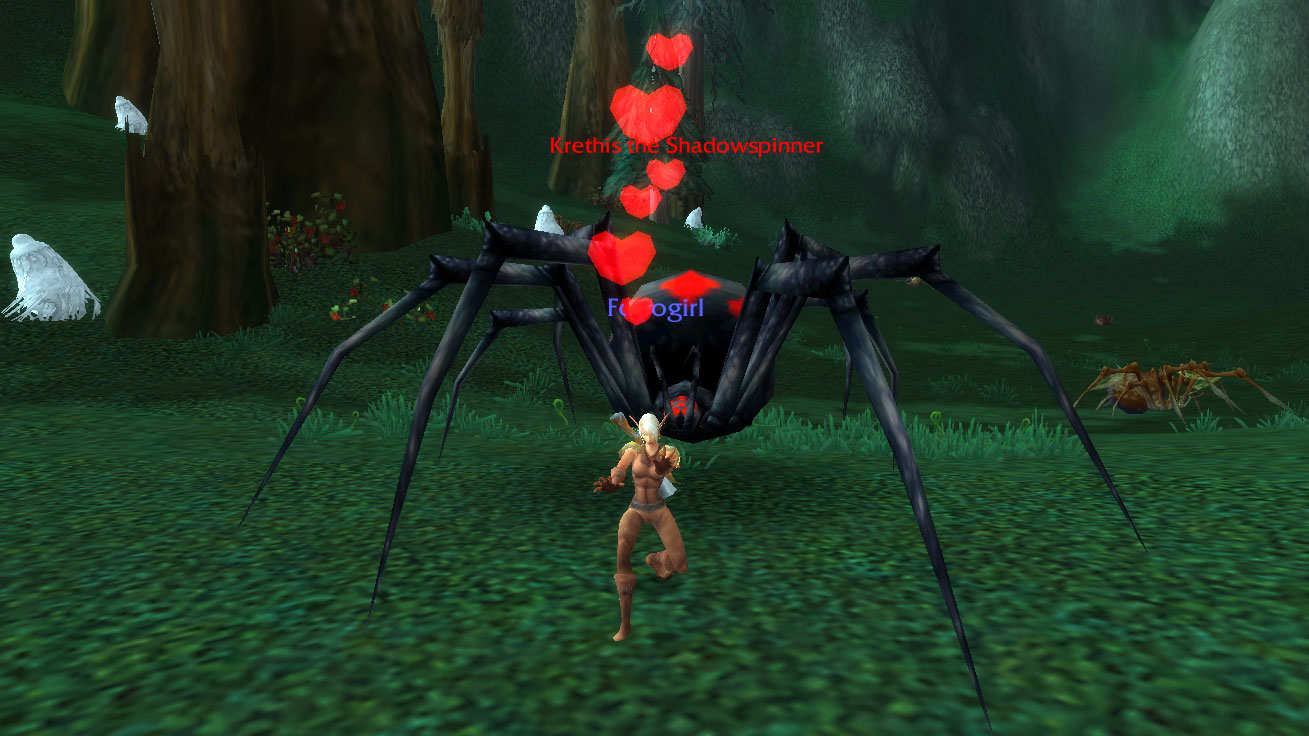 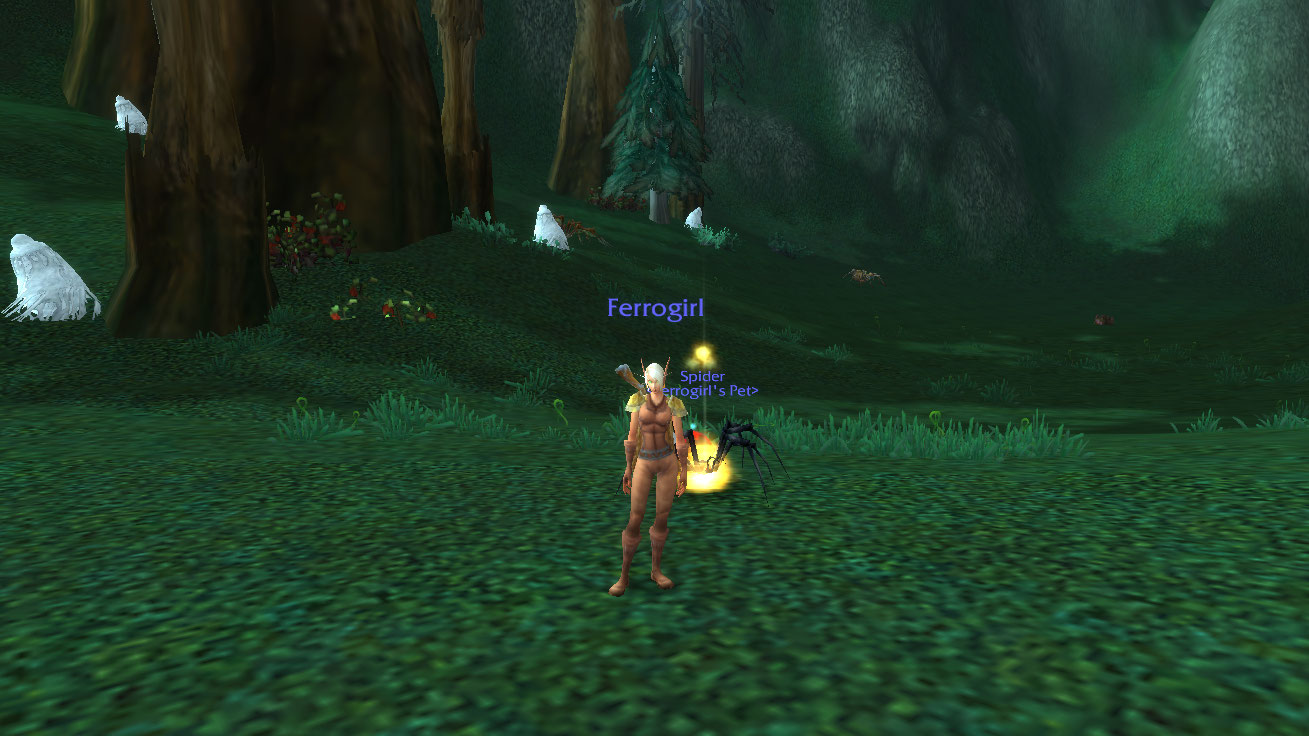 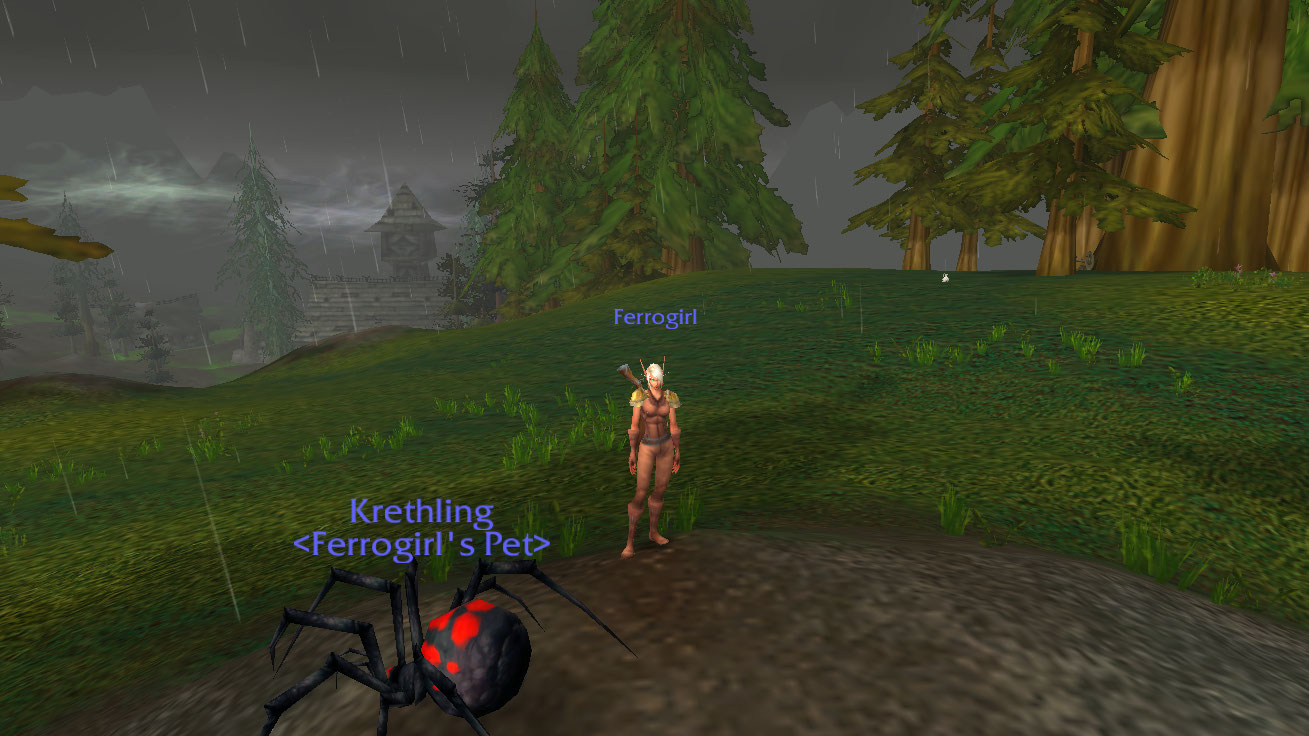 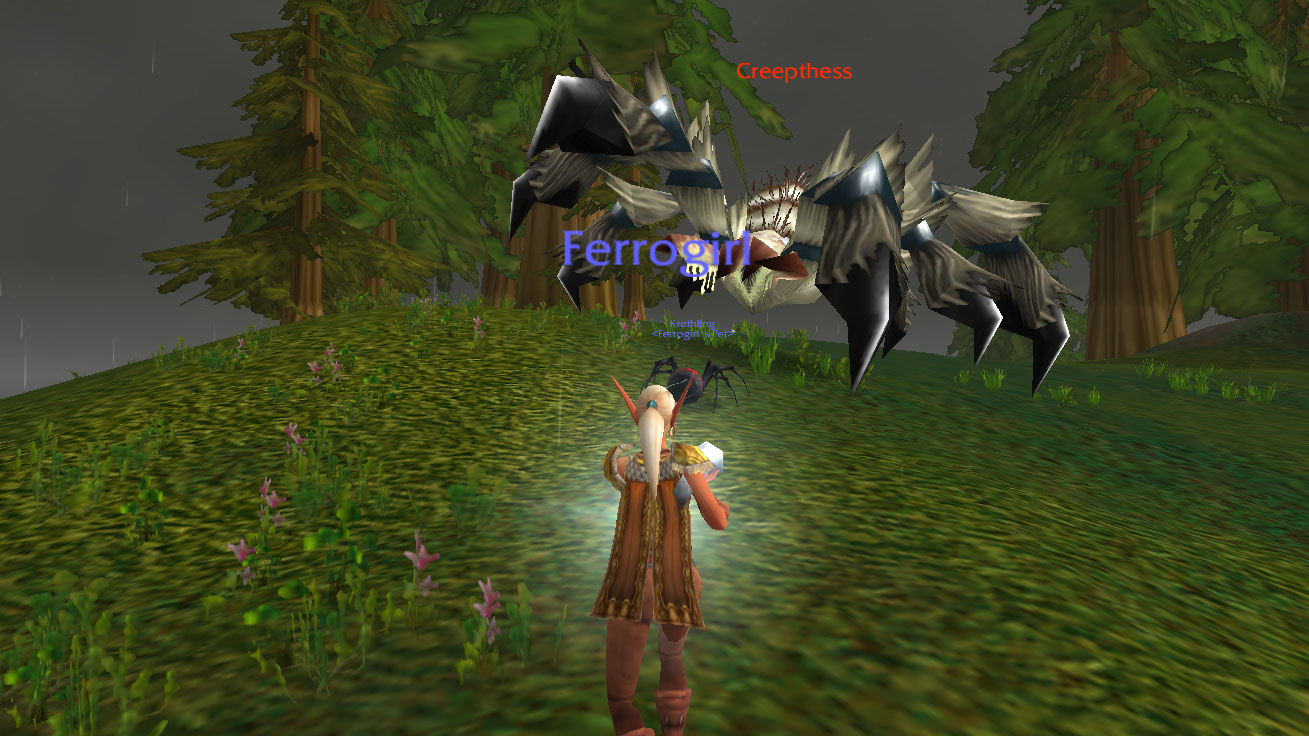 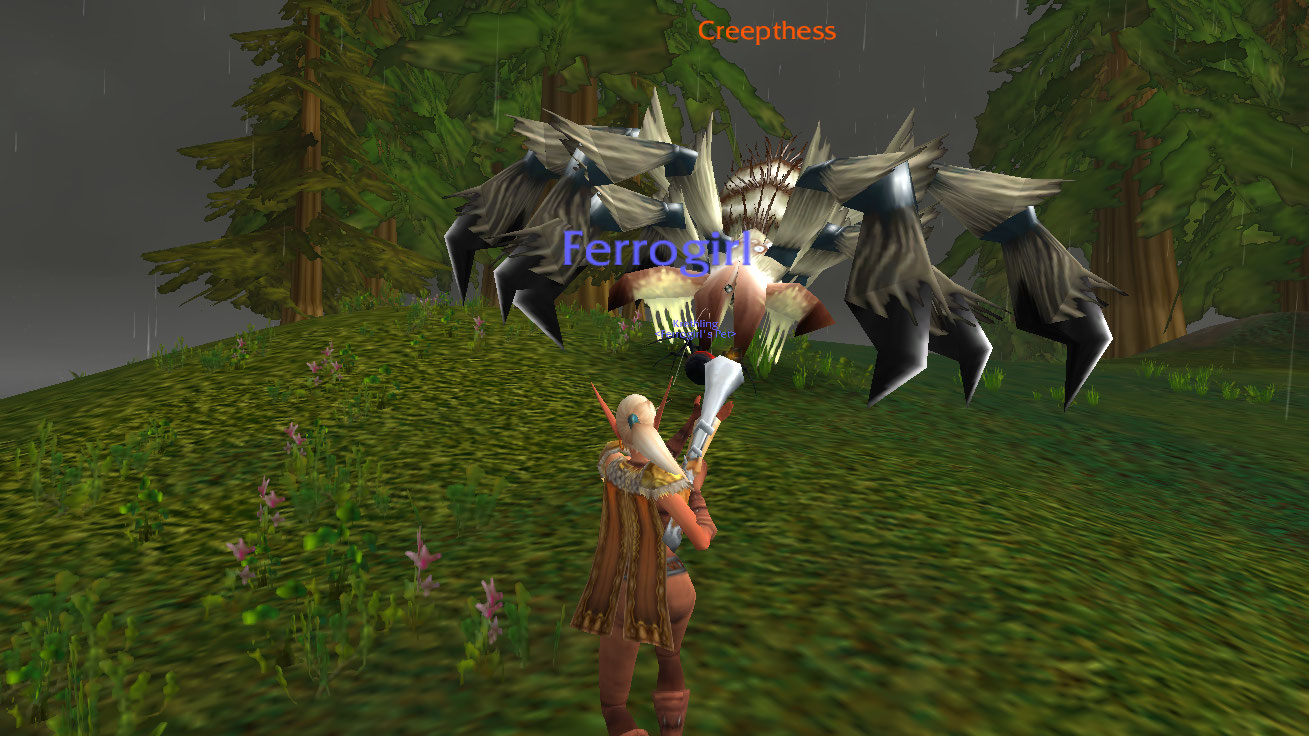 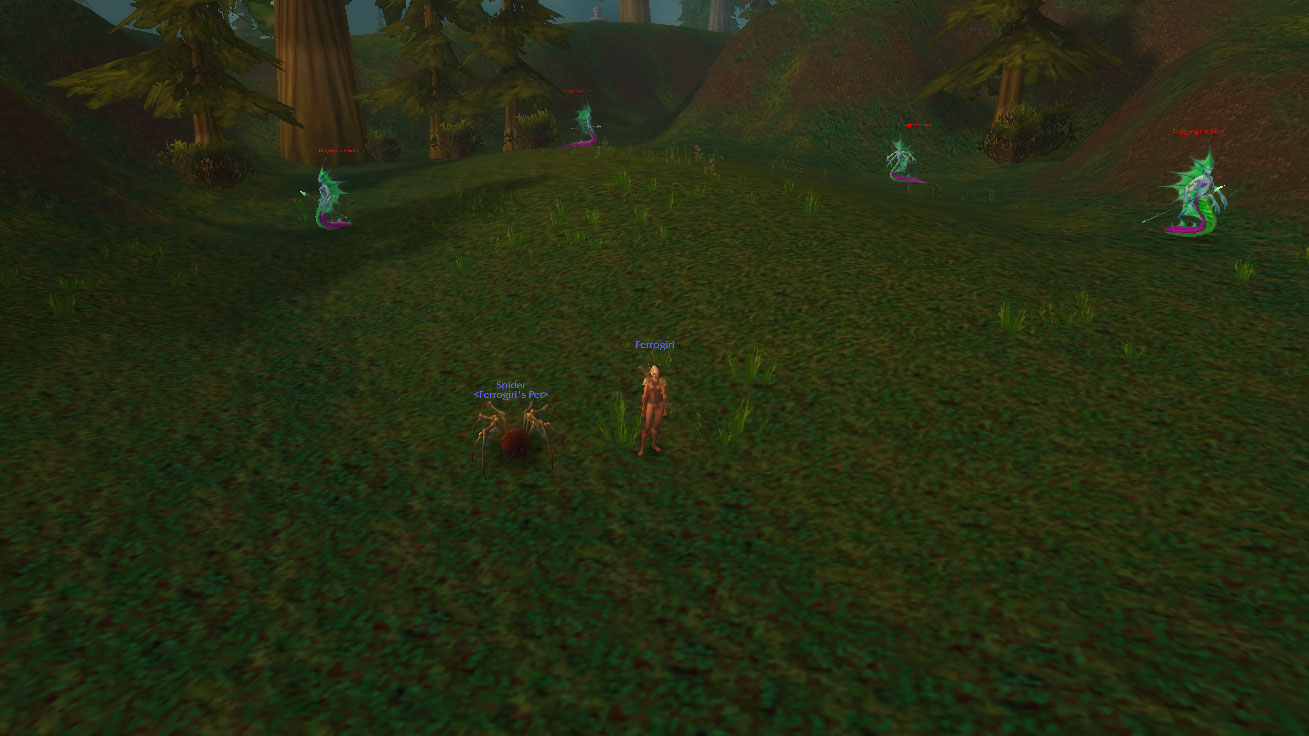 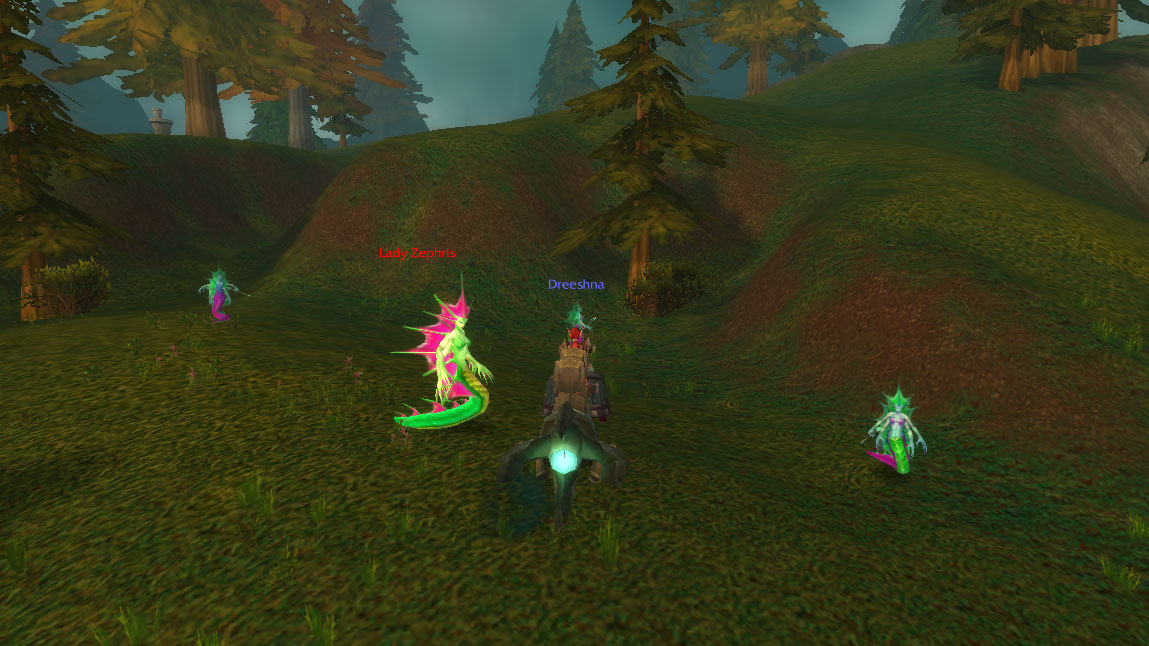 Sky-Bo, just too cool to not get a screenshot 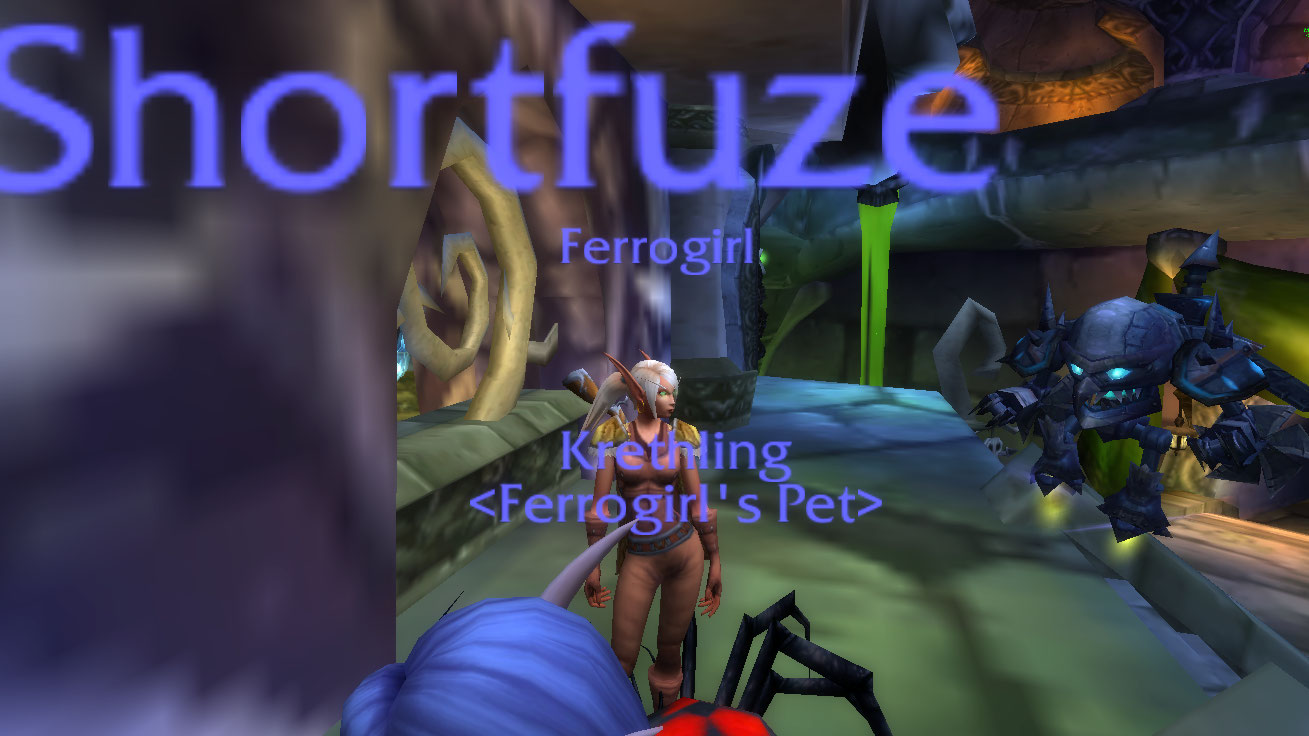 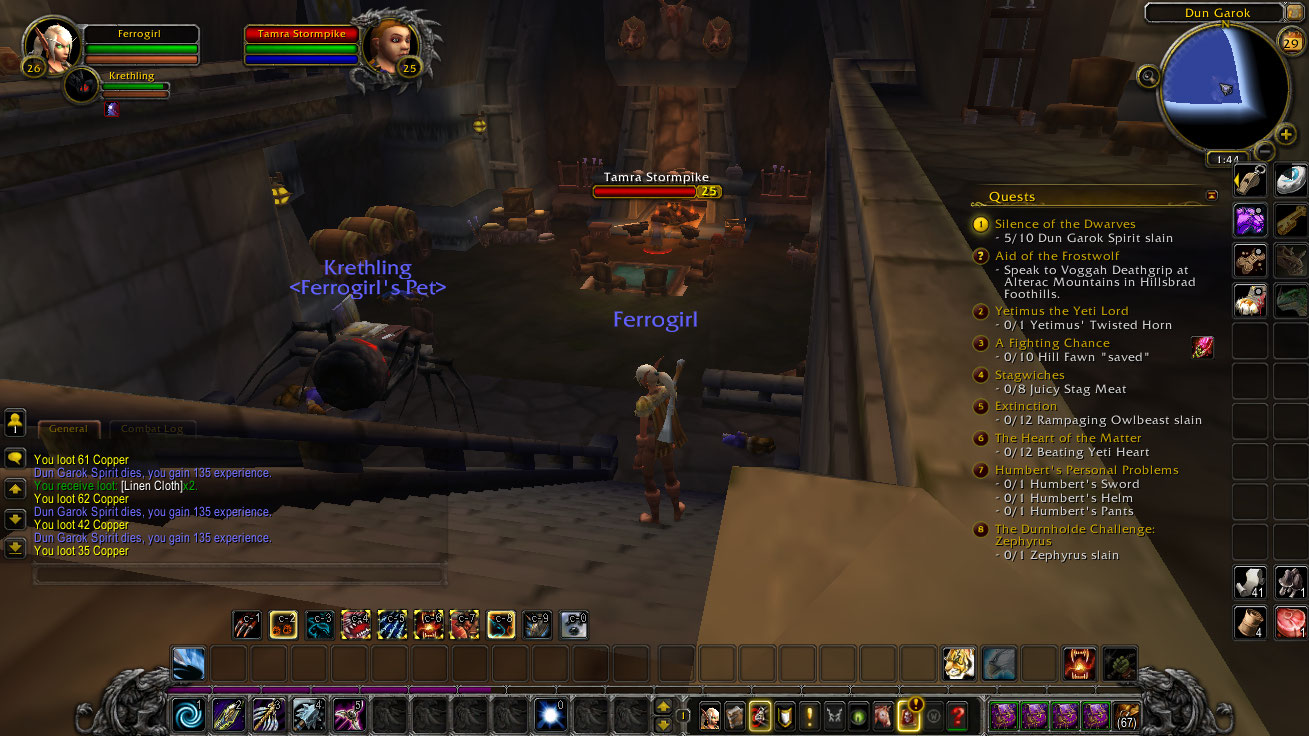 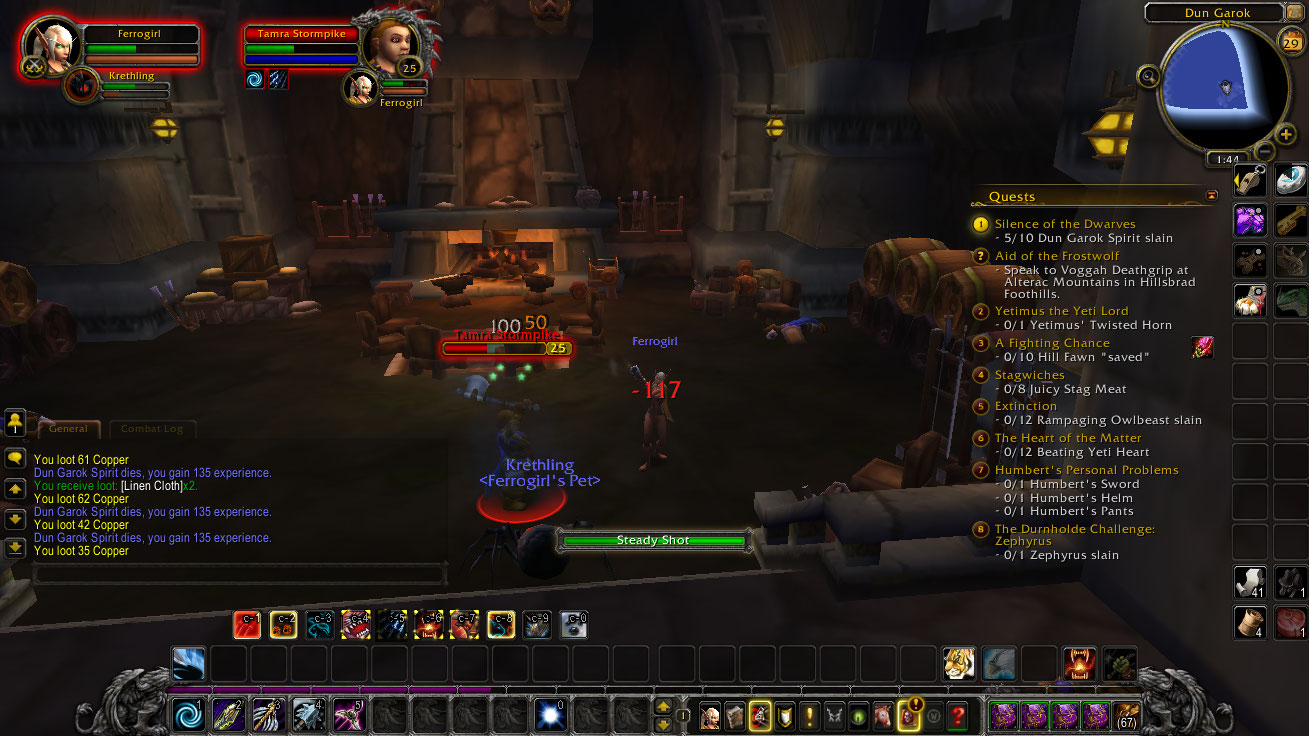 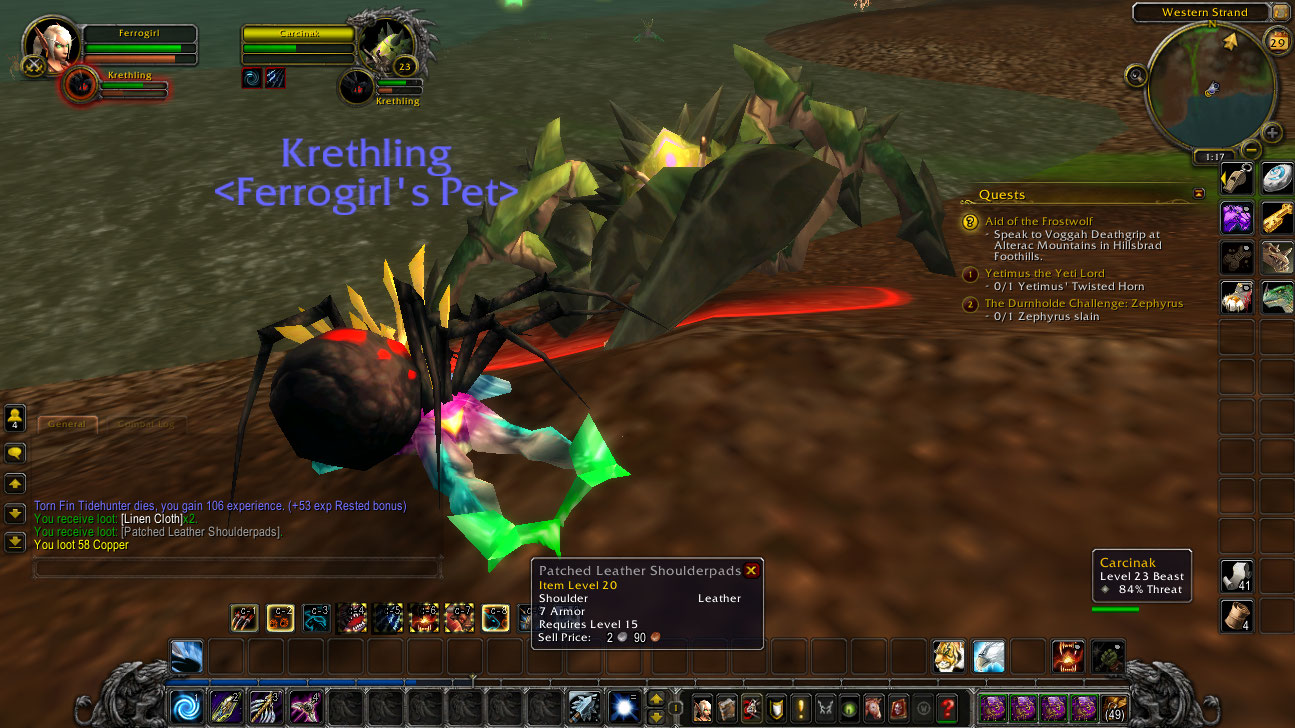 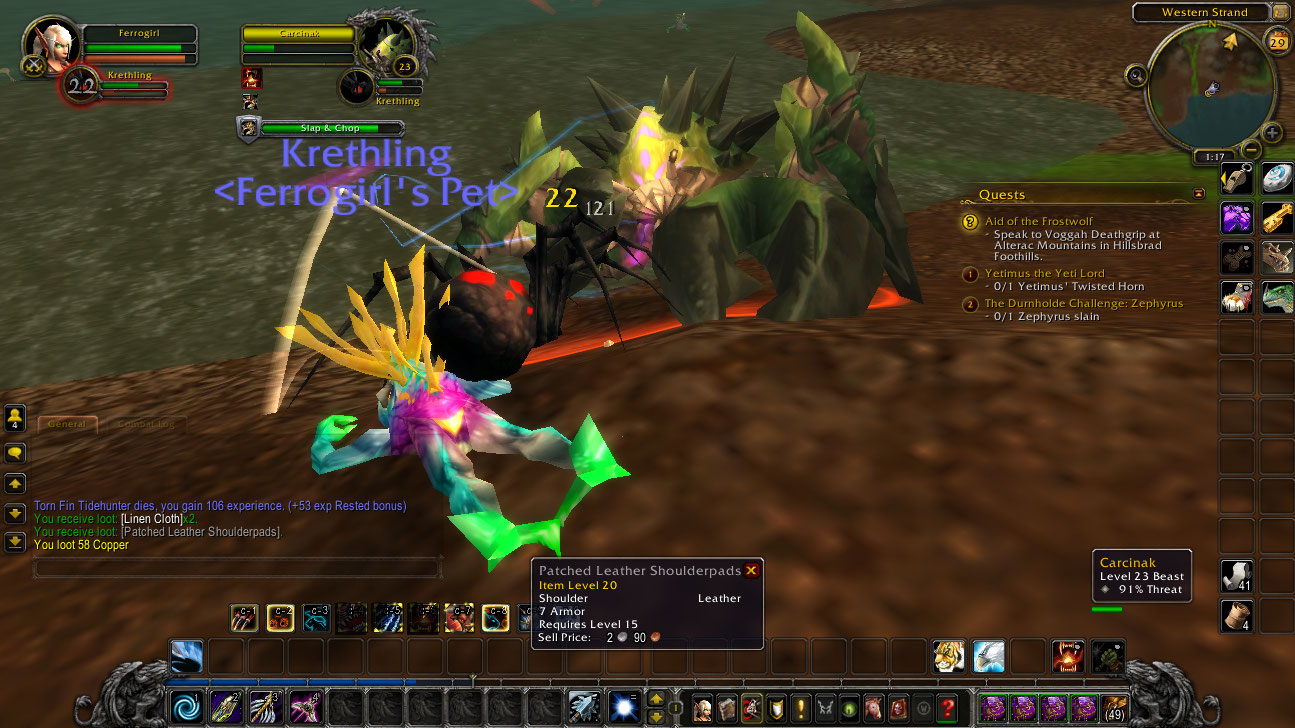 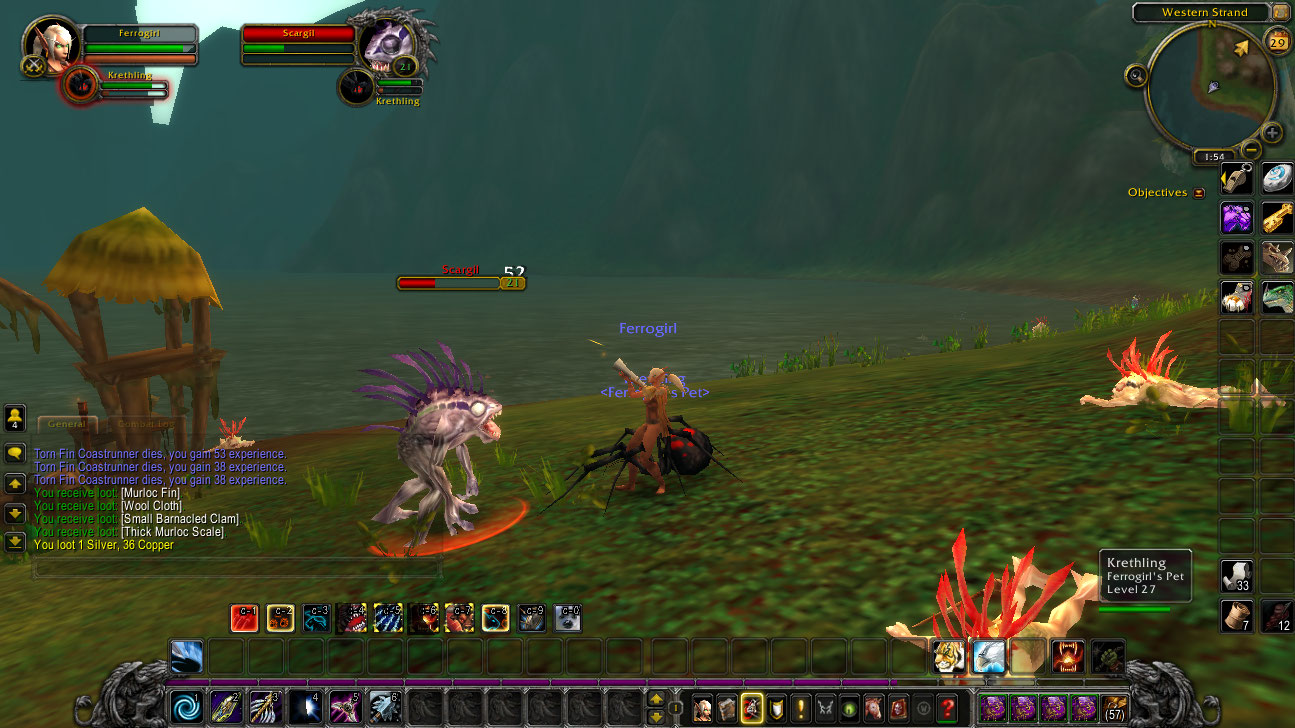 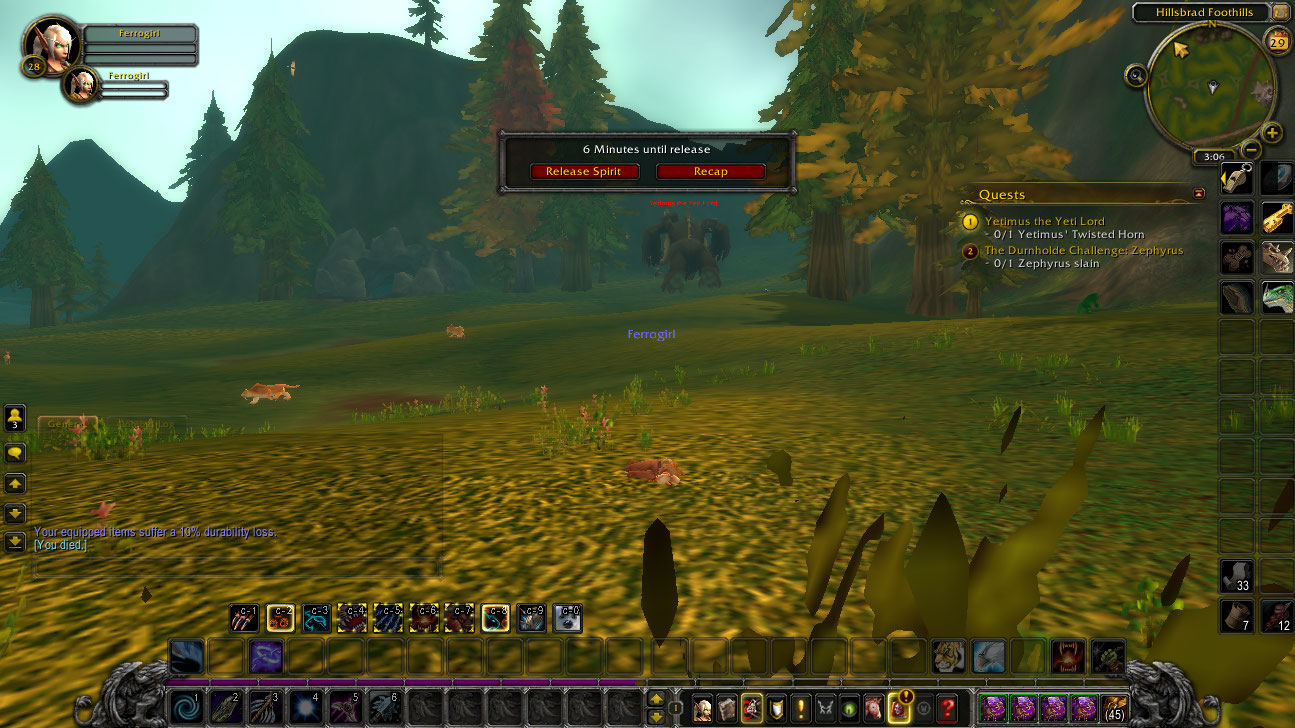 Another week
From Alisaunder
I did finish season 1 of Doctor Who with Capaldi but didn't care for it very much. Clara dates a fellow teacher and although they both keep saying they love each other, they bring out the very worst in each other.
She becomes a habitual liar and adrenaline junkie. He turns into an angry spiteful jerk. It wasn't pleasant.
But do watch the last episode.  It has the best writing of the season and although I still can't tell you anything about his Doctor, well, I'll stop there because spoilers.
Heroes of the Storm is pretty fun actually and perfect for a few minutes of play. The characters look so much better here than in WoW and being reduced to a few abilities and buttons instead of the standard 5 bars on my screen, is kind of liberating.
I find myself wishing WoW was a little more like Heroes, but with quests.  Simpler, cleaner, no hour long queus.
I didn't get in my WoW time, I ended up buying the Heroes Winterveil Jaina set and if she isn't the cutest thing.
I watched several people playing the WoW alpha though on Twitch.
First there was the demon hunter starting zone. Mild spoilers coming.
Standard stuff. Kill ten of these five of those and keep questing your way up the road through s gray barren rock scape with splatters of fel green. There are some interesting moments for Lore people but nothing really new other than Illidan has an immortal demon soul and if you choose right on a quest, so do you.
Also the Shivarra demonesses are apparently quite happy killing other demons while working for Illidan.  Makes me wonder if we might not command our own demon army by the time we end the expansion.
Apparently all we need do is kill the demons the demons are sworn to, then have them swear to us. Imagine that as a warlock, let alone a priest.
A few days later, the class alpha testing began and I watched Anne Stickney of Blizzard Watch roll through a scenario for rogues to get her Artifact blades.
I liked it. I liked it a lot. You team up with a pirate, tracking down Eliza Goreblade and battling various enemies and a minor boss or two with some good mechanics before you fight Eliza. Eliza has no real history in the game so isn't a major figure like Tirion.
The story continued a bit as you return to your sewer under Dalaran,  and it's still a sewer under Dalaran rogues. Sorry.
But what happens when you get there is pretty interesting.  Then the server crashed.
Dalaran looks just the same, same npcs and everything except at Krasus Landing there is damage like a rock elemental tried to smash onto the edge of the landing. I think the Arthas fountain might also be missing. And there's a new stage magician standing on the Raise Your Eyes To The Skies platform doing magic tricks for the crowd.
For me, I've caught a nasty cold so did some streaming on Twitch chatting with people and nothing really.
Finally seeing bits of Legion is great, even though all of it is bound to change. It's making me excited to see more, even though I'm going to try to avoid the bigger spoilers.
Happy Star Wars Movie everyone.


Greetings CAW Crew,
Since last I wrote, I have finished leveling all my 90's up to 100.  With the boost from the pre-purchase of Legion, that makes an even 20, all with level 3 garrisons.  But wait! There's more.  I decided I should level one of each class to 100 before Legion.  Unfortunately, the only classes left are melee combat, which I don't like very much. I still need to level Monk, Death Knight and Warrior
Other than leveling, I am working on setting up my garrisons for max gold production.  Each garrison gets a level 2 Inn, Salvage Yard and War Mill, and a Trading Post.  Each week I get a new follower with the Treasure Hunting trait. The Salvage Yard and the War Mill gives me armor for the followers.  Then when gold missions come up, I get at least double the reward.  For the Blingtron's Vault mission, you can get 4000 gold.
Once the garrisons are set, I need to work on opening up the Shipyard and Tanaan Jungle outpost.
That should keep me busy for a little while :-)
For the Horde! And for Brightpaw (so cute)!


Dead man Leveling
Here's my audio for this week in hind sight i should have record a comp entry for the 9 years of CaW is it or 8 its been one of those weeks I have to listen and record one before the due date well here my audio Big G.


P.S Had a major coughing fit right after I stop recording it was epic


Sorry for the last minute email and lack of audio this week. It's been a busy one and i slept in this morning.


So, Wow wise, i created a couple of alts this week. i created a troll enhancement shammy called Rigar Te Morty and just started a frost mage called Pryd for some PVP. The shammy is currently level 17 and the frost mage is level 7 so far.


i also created a Orc Demo lock in honor of Aprillian called Ayleriana and she's level 12 so far. Apart from that i've popped on various toons, barely touched my ironman and have been sleeping in far too much this week to get much of any Wow done.


I did do a few Periscope vids since the last show and took Rogue Slayer virtual shopping with me so a big hello to her and Razuris who and the others who toon in :D


Big huggles to Leeta and i hope you have had a great week!


**The winner will get to choose the prize they would like, 2nd place will then choose a prize and 3rd place will get the last prize.
The competition is as follows:-
1/ Submit an entry - describe what CAW means to you!
2/ Write an email or record an audio and send it in before or on CAW’s 9th Anniversary show!
3/ The winner will be announced on CAW’s 9th Anniversary Show - Ep453.
4/ Please make sure that you have a toon in HORDE SIDE - Clan of Darkness on Earthern Ring US - to make it easier for your prize to be given out.
5/ Please put CAW 9th Anniversary Competition in the subject line.