Ctrl Alt WoW Episode 454 - This Will Be An Everlasting Game!

Sorry I was in a bit of a hurry doing this because Tabi was here and just left, hehe...we went bowling last night! Any who, I loves you & hope you are all doing GREAT!!

1/ Iron Leitta - Orc Hunter Lvl52-55
Questing in Tanaris at Lvl52-53
Headed to Felwood Lvl53-54
And then went to Winterspring Lvl54-55
Main focus has been to keep mobs about 5 levels below my level! 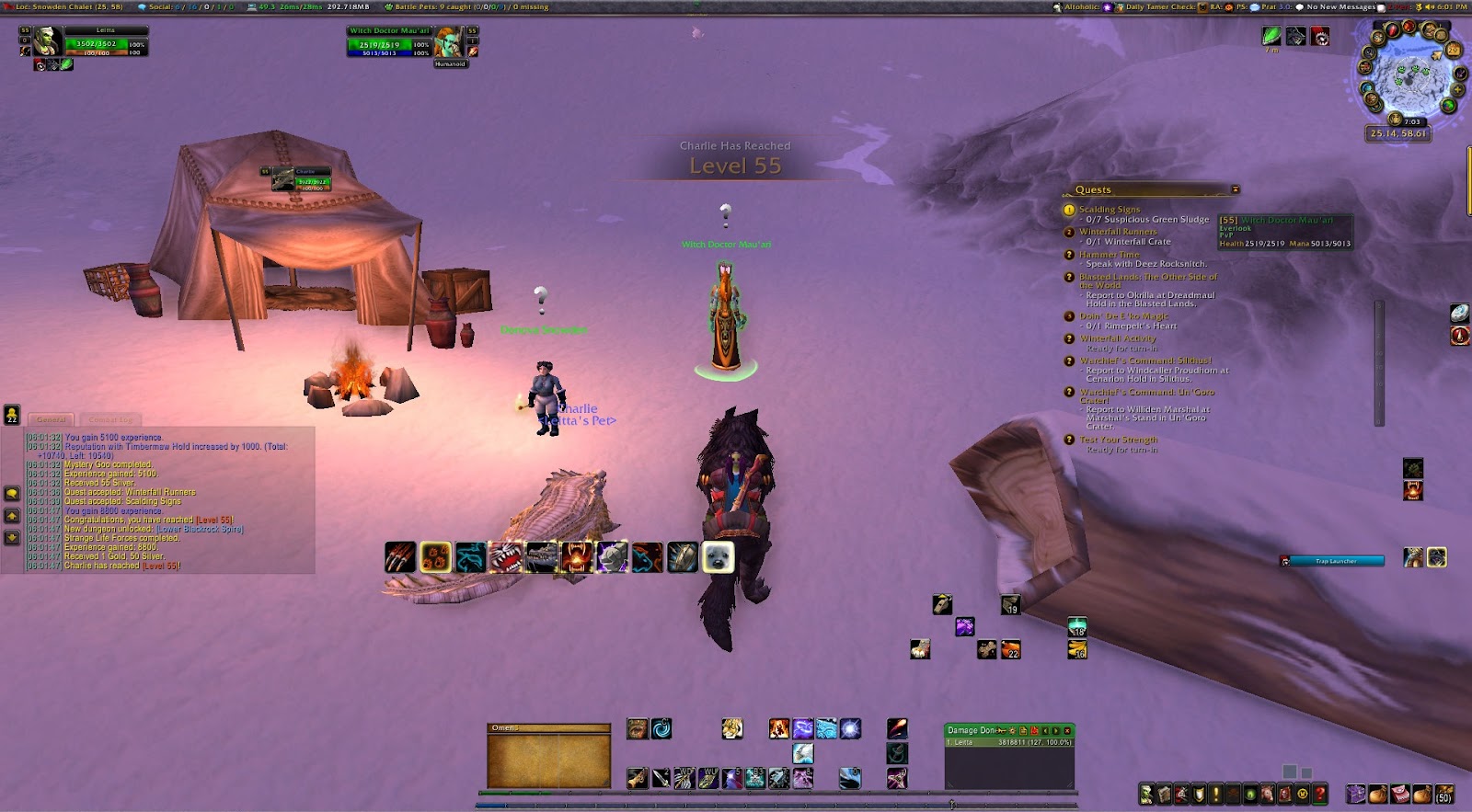 2/ Alli Warlock - Aerie Peak
Opened up shipyard and Tanaan.
Tanaan is very hard to solo quests with an undergeared Lvl100!

3/ Archy
Working on Pandaria Achievements - little bit at a time!

4/ Grumpy Gumps
My new name for the Grumpus dailies!
Still trying to run on all Lvl100’s each day!

5/ QuickQuest addon
My new favourite addon!!
OH MY GOSH WHY DID I NOT KNOW ABOUT THIS!!!
Thanks to Mel for putting me onto it!
http://www.curse.com/addons/wow/quickquest

6/ Pet Battling Week
Pandaren Tamers and Spirit Tamers.
Levelling my Alliance Mage Lvl92 - less then 2 bubbles in!
Started with 317 pets at Lvl25!
After an hour and half of doing the Tamers now at 329 Lvl25’s!
Mage is over half way through Lvl92!
http://www.wowhead.com/guide=2092/a-pet-battlers-guide-to-defeating-the-pandaren-battle-pet-dailies 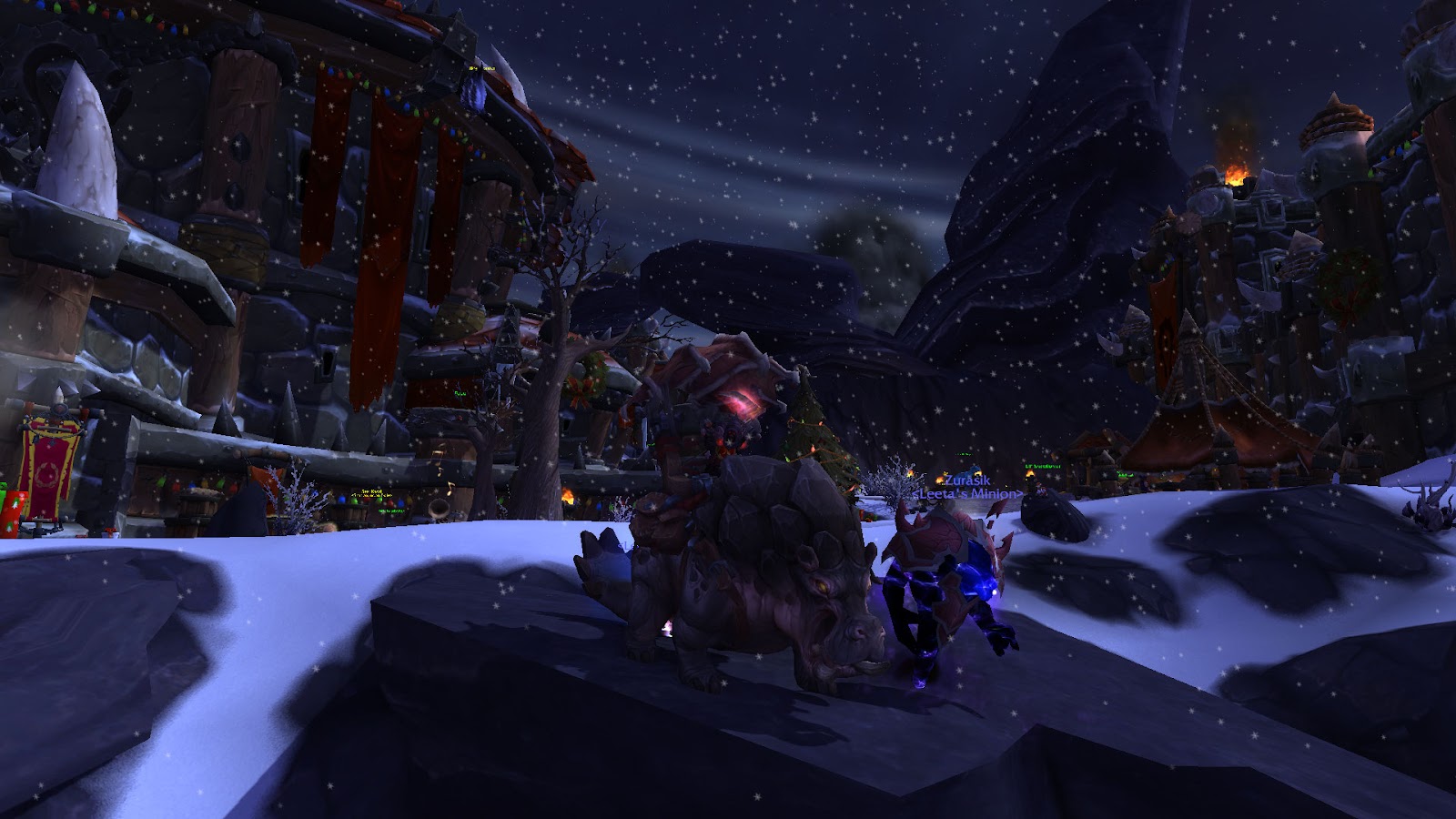 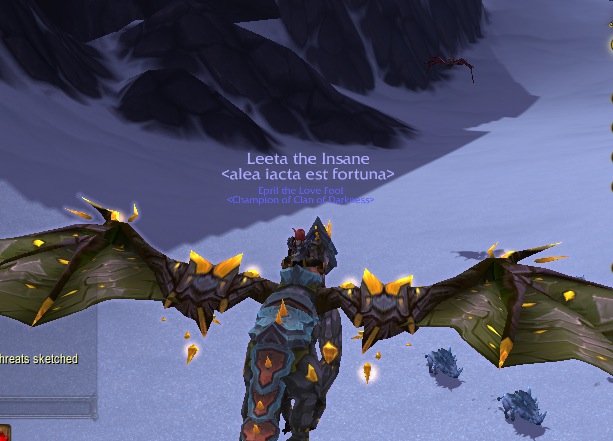 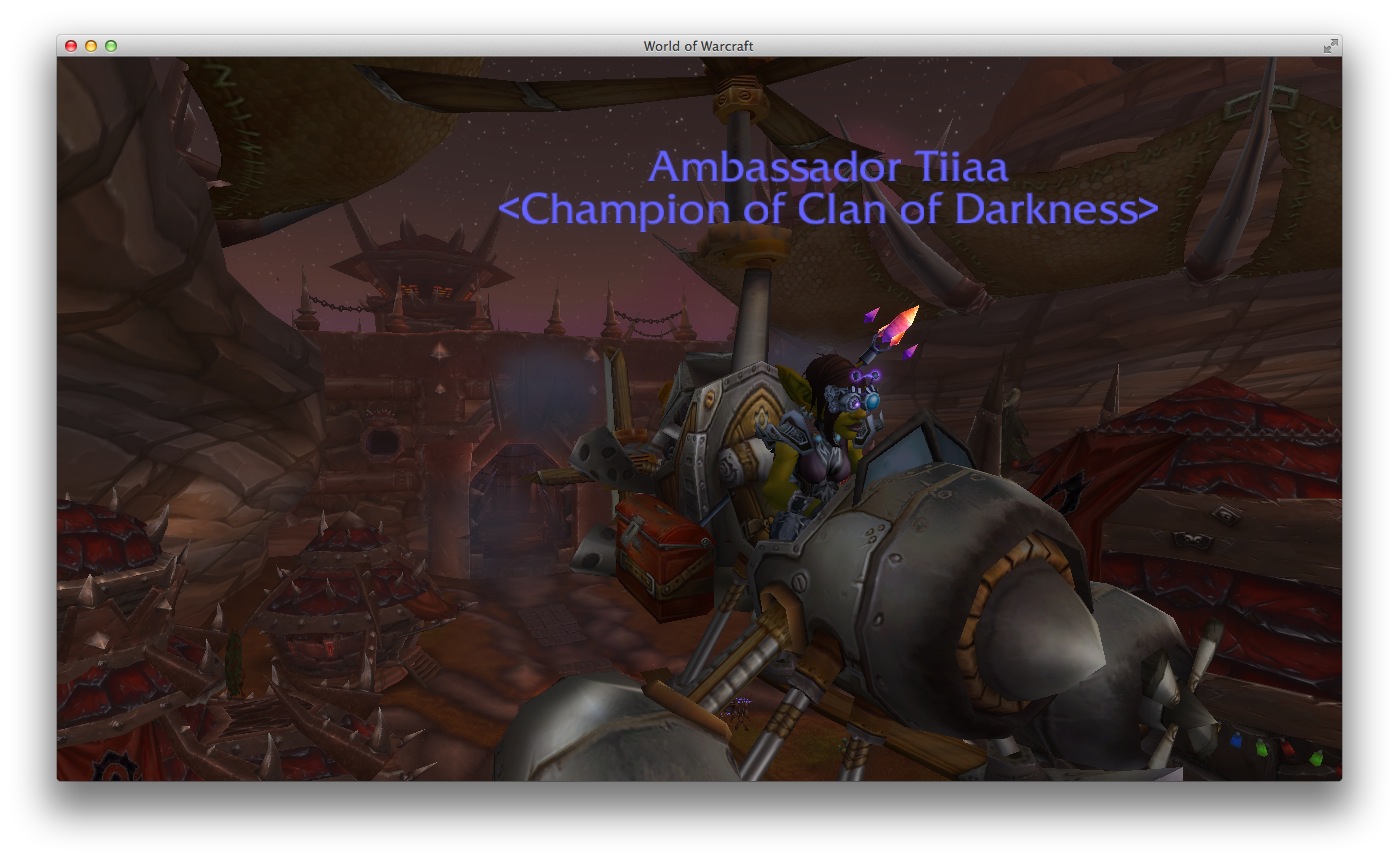 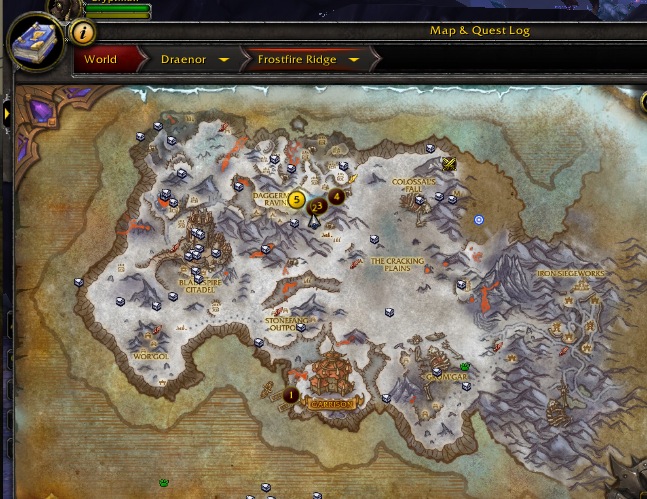 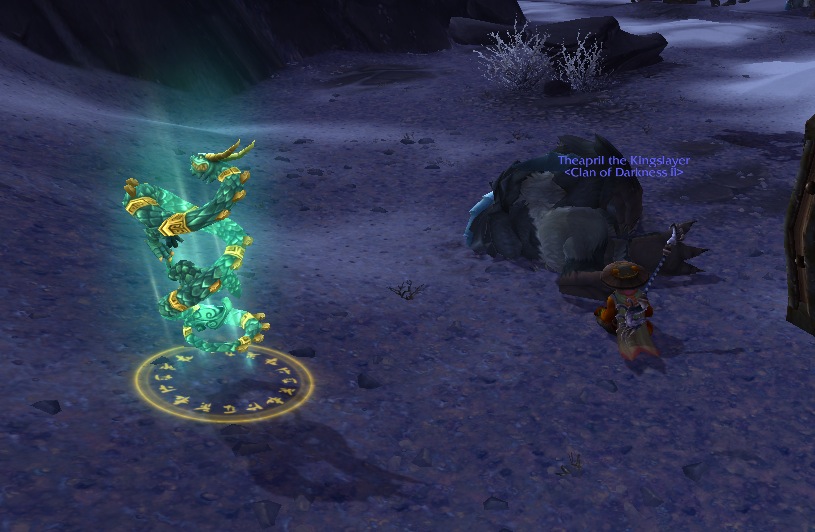 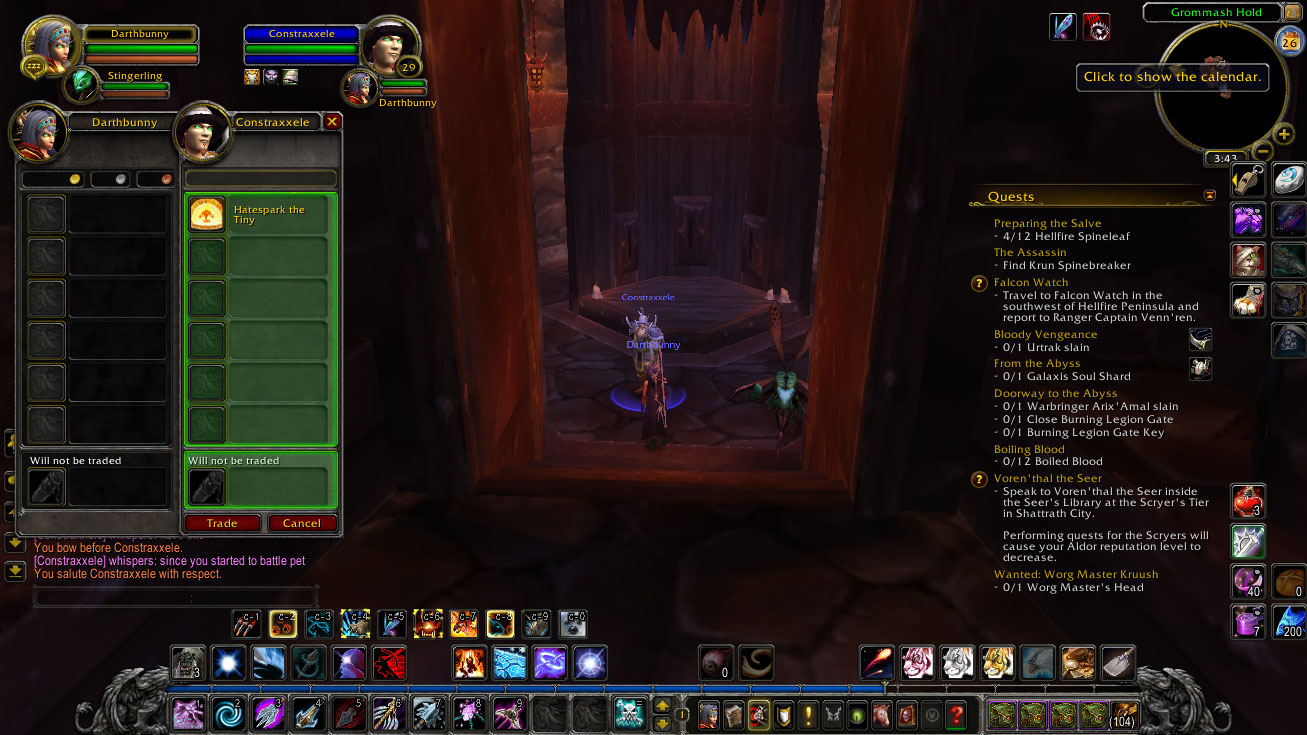 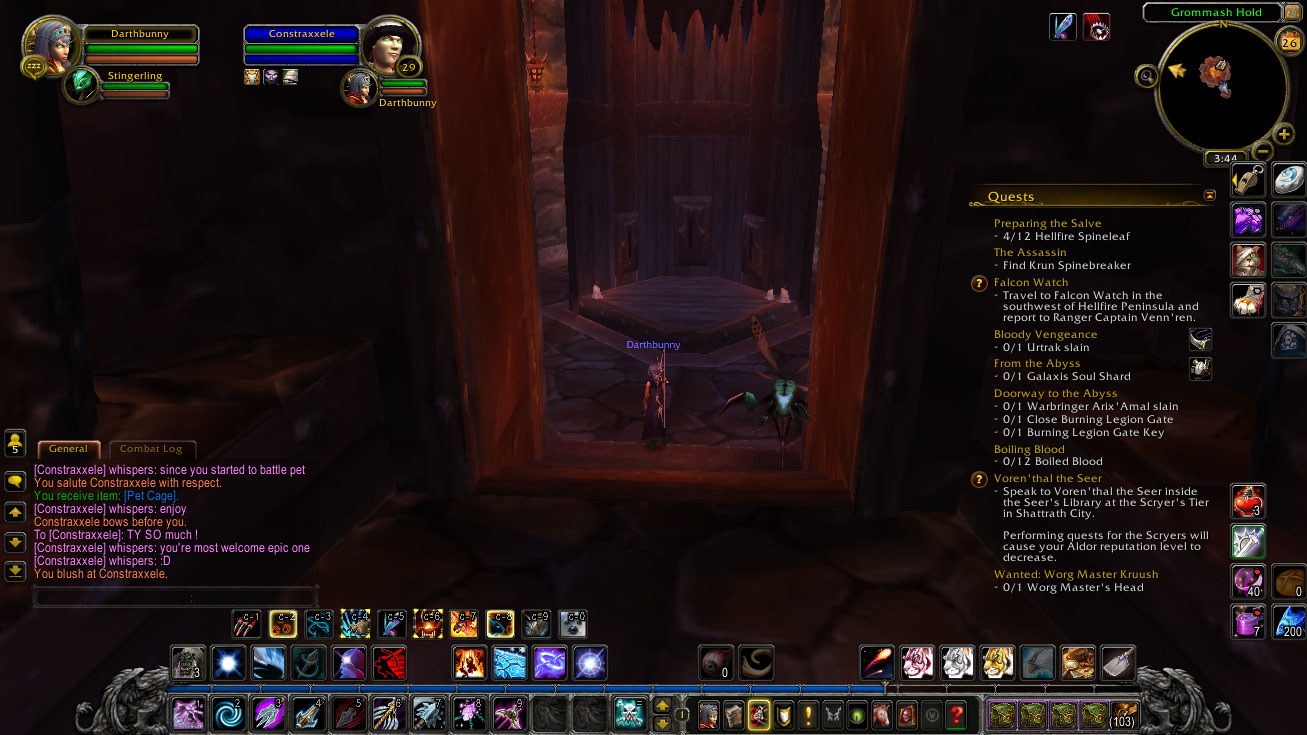 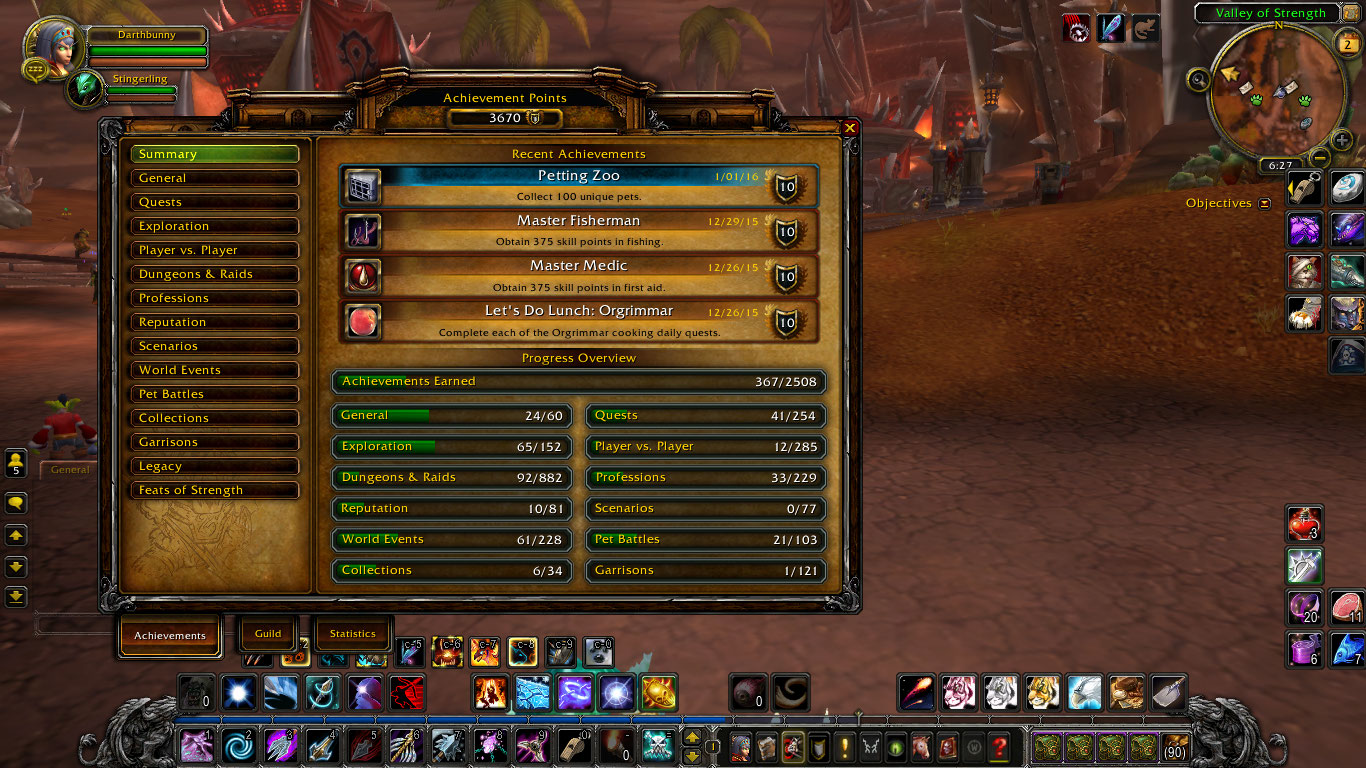 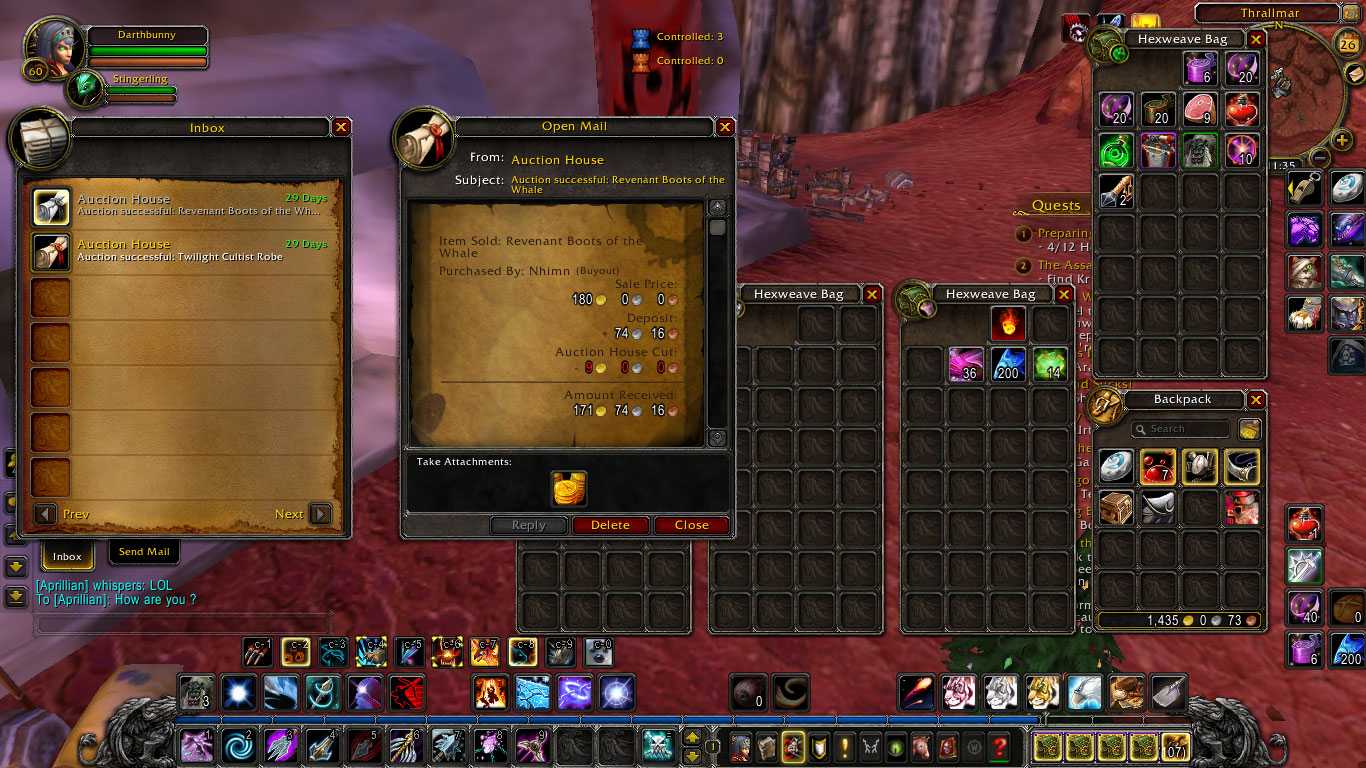 
Sorry no audio this week as I have just been working my arse off the post Christmas rush has been draining then New Year's Eve just added to the madness. Don't think I really earned the win last week the others beat me hands down having said that Syd is mine and I shall hug him and squeeze him and call him George. Haven't had much time in game got in for about 30 minutes this week and ran around to click on presents played some hearthstone this week always a blast. Well this week I start the fun times of moving again staying same town just headed to a cheaper area to rent so I am thinking game time will be shorten due to lack of internet I suspect the gears of industries will turn slowly to get it back on so until I chat at you again seeya G out.

Attached is an audio update from me. It's been a hectic one and i didn't get any wow time but at least this audio features one of my cats called Primrose begging for turkey hehe.

Thanks guys for taking part and enjoy your prizes!

1/ Submit an entry about your best fishing stories in Azeroth. It can be a true in-game fishing story or a tall tale!
2/ Write an email or record an audio and send it into CAW before or on Ep460.
3/ The winner will be announced on CAW’s Ep460!
4/ Please make sure that you have a toon in Clan of Darkness on Earthern Ring US - to make it easier for your prize to be given out.
5/ Please put CAW Fishing Competition in the subject line.

Trying a 24/7 chat app for guildies to join and just keep in contact and have chats with during IRL :) Also has a voice channel!