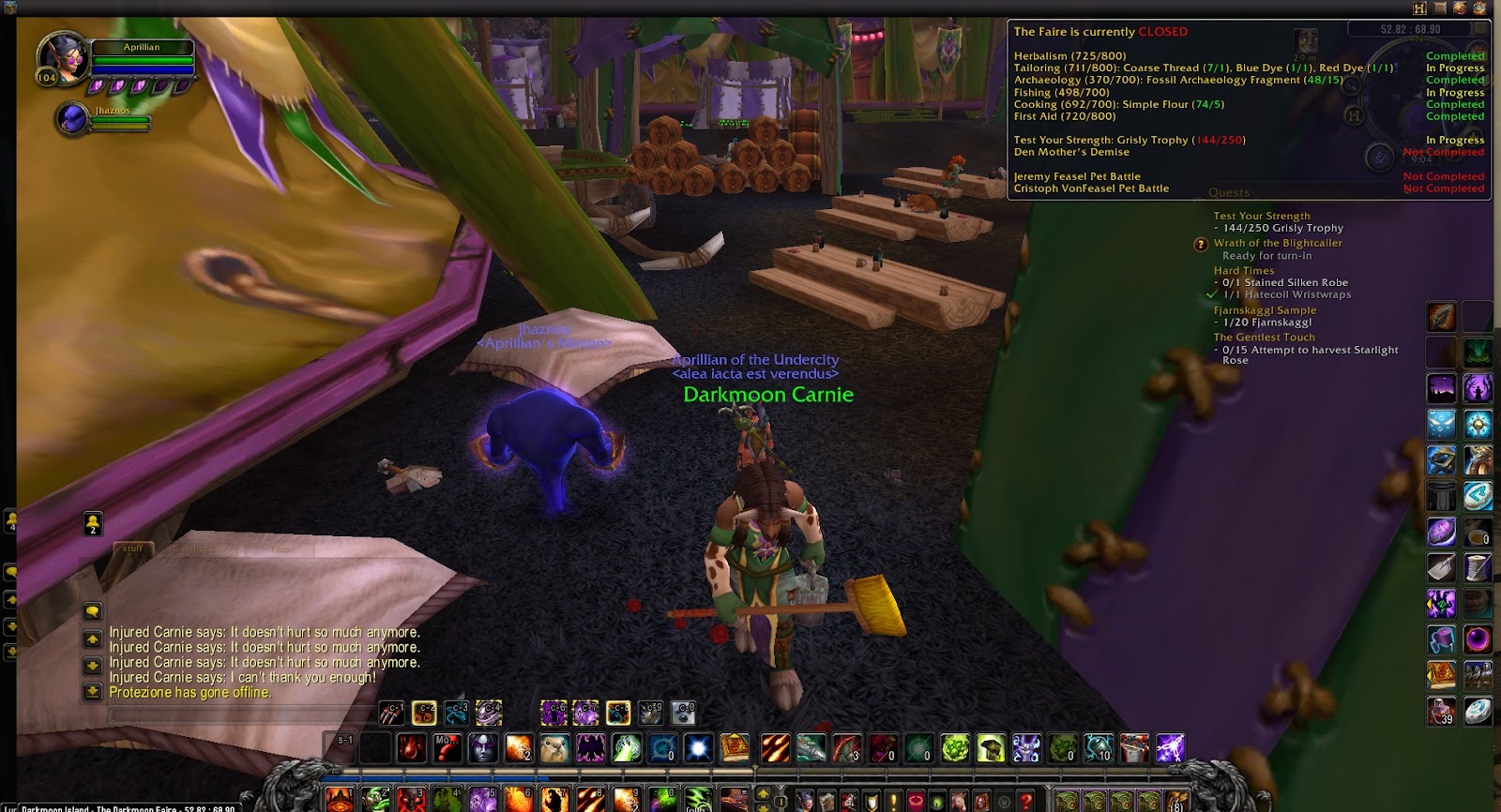 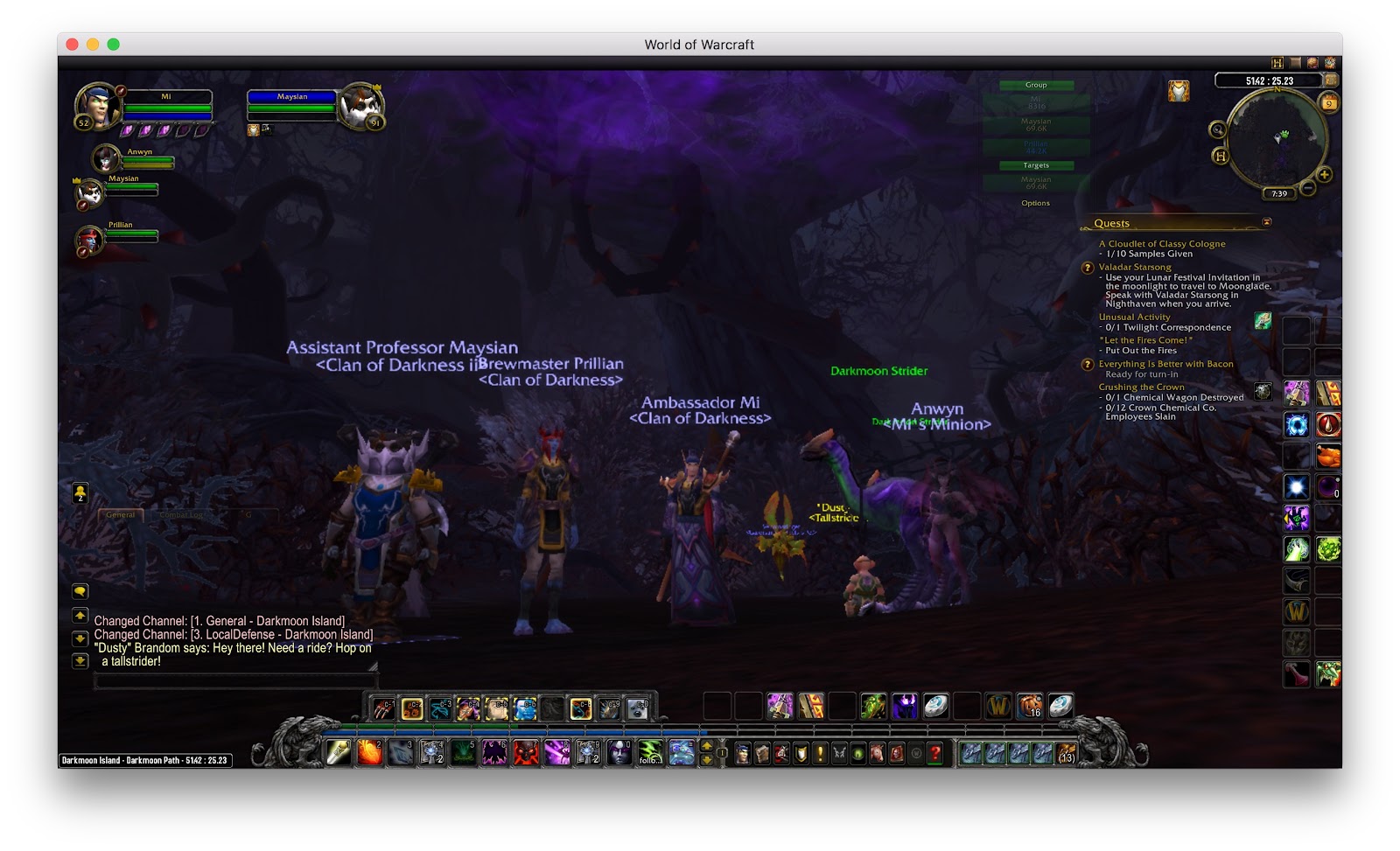 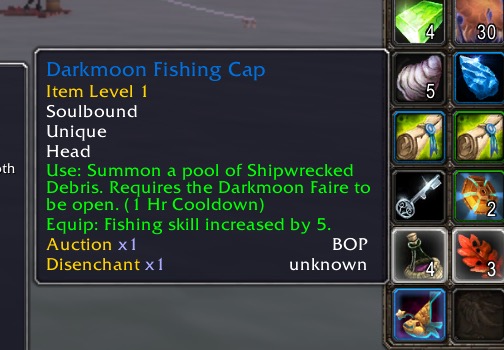 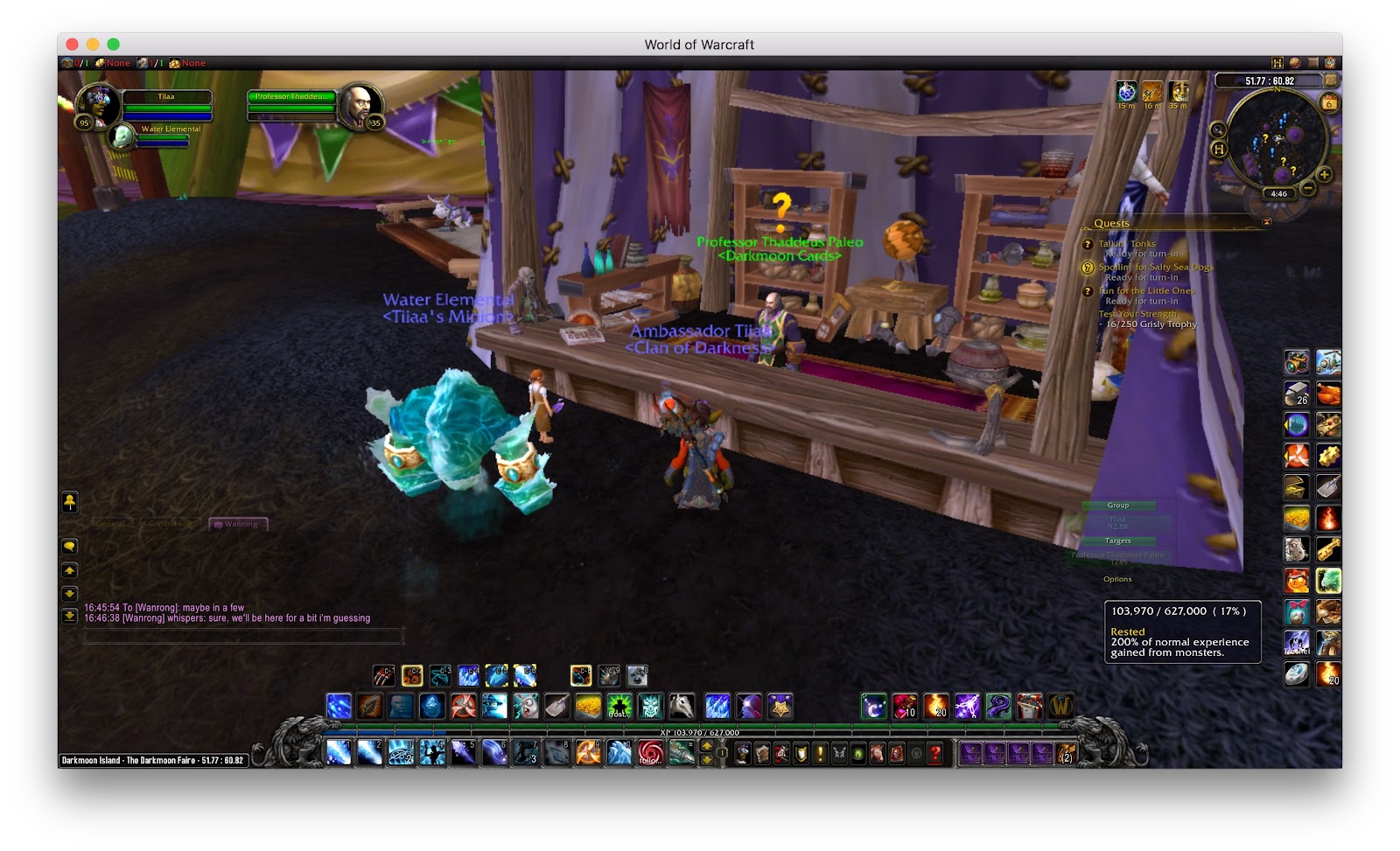 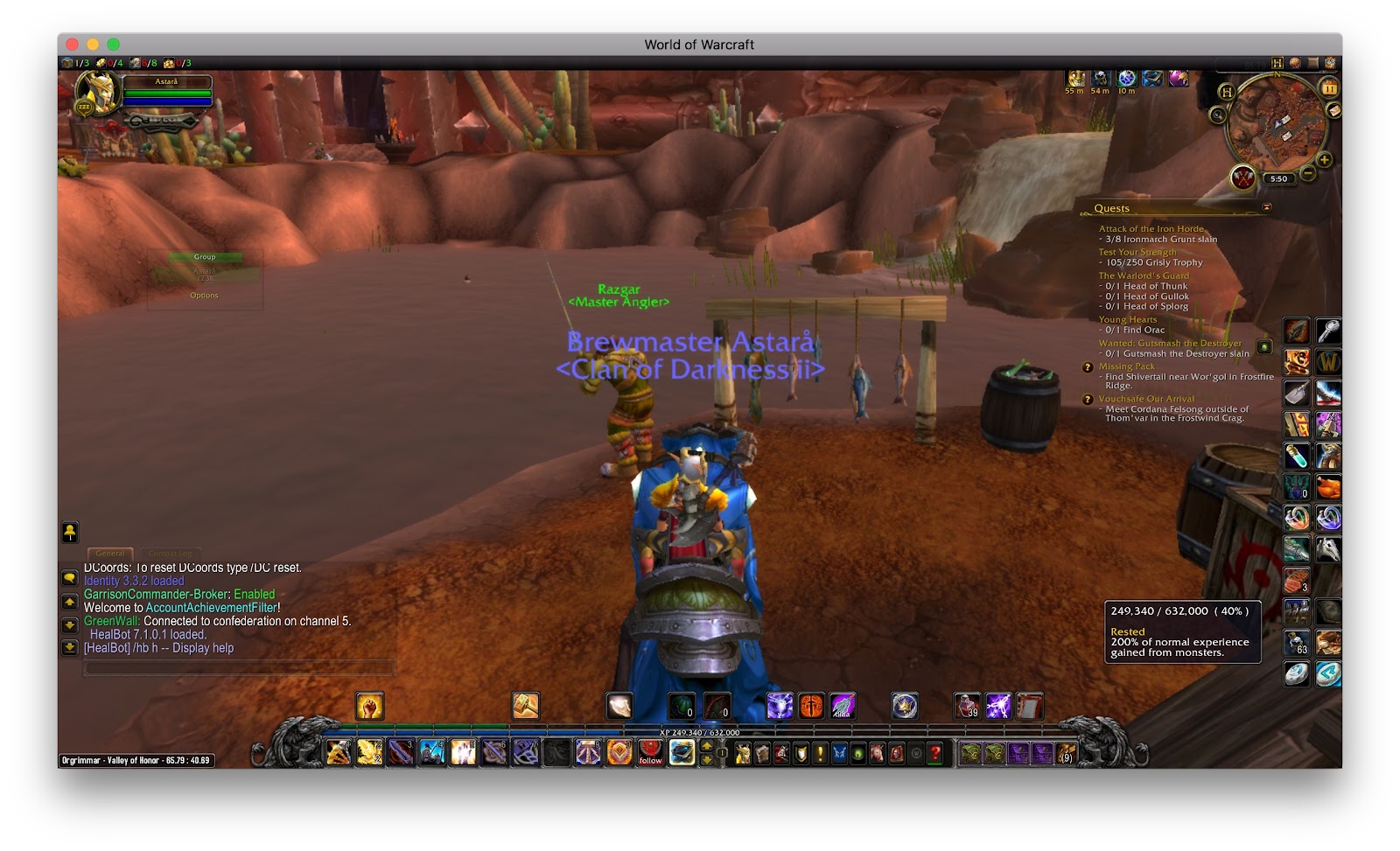 Transmog runs with Grand Nagus, weapons, Leather, Plate gear…
No pets, two falcosaur mounts, two honor mounts on horde side.
Tons of Free-for-all in Val’Sharah.  My troll Druid just hit 85, about a minute before the show started.  My Blood elf hunter on earthen Ring Hit level 80 yesterday, planning to level mining to 525 so I can smelt my own pyrium bars and not have to beg in trade chat for a miner to help me all the time, the ore is much cheaper than the bars on the auction house by like 90% of the price.


Guested on The Goblin Goldcast Podcast this week and they gave us an opportunity to pimp the show and the guild, which is very very nice of them.


It’s been a slow week on the Auction house, i’ve been mostly leveling and selling mounts and a few pets on another server where i Started a level 1 troll druid, she got kicked from a guild so I just joined another guild.  Helped 5 people get their heroes of the storm mount this week, not done yet, if anyone need help on twitter I’m at @constraxxone, you still have until Monday to get that all finished up. Big shout out to Grand Nagus for winging with me for a few matches.


Started a Worgen Mage on Earthen ring, hoping i can get it in an Alliance guild along with the gnome DK


Collecting all the grisly trophies for the Test your Strength quest from Darkmoon Fair on 3 Max level characters while doing “all the emissary quest on all the zones”, two artifact research are maxed out at level 25 for 24900% more Artifact power on DK and Rogue, the warlock is 5 days away from being at Max Artifact Research. 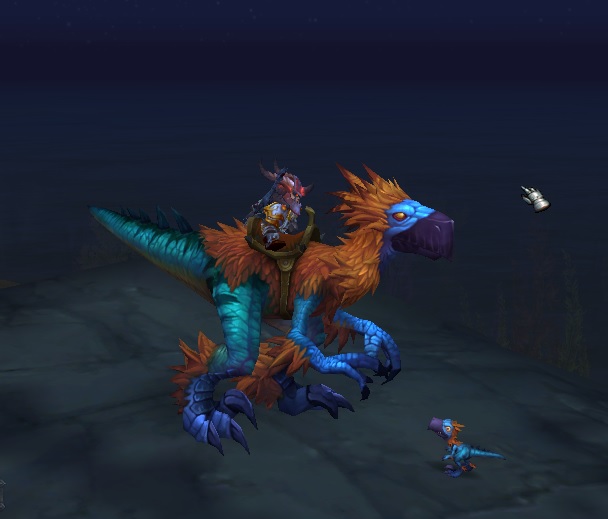 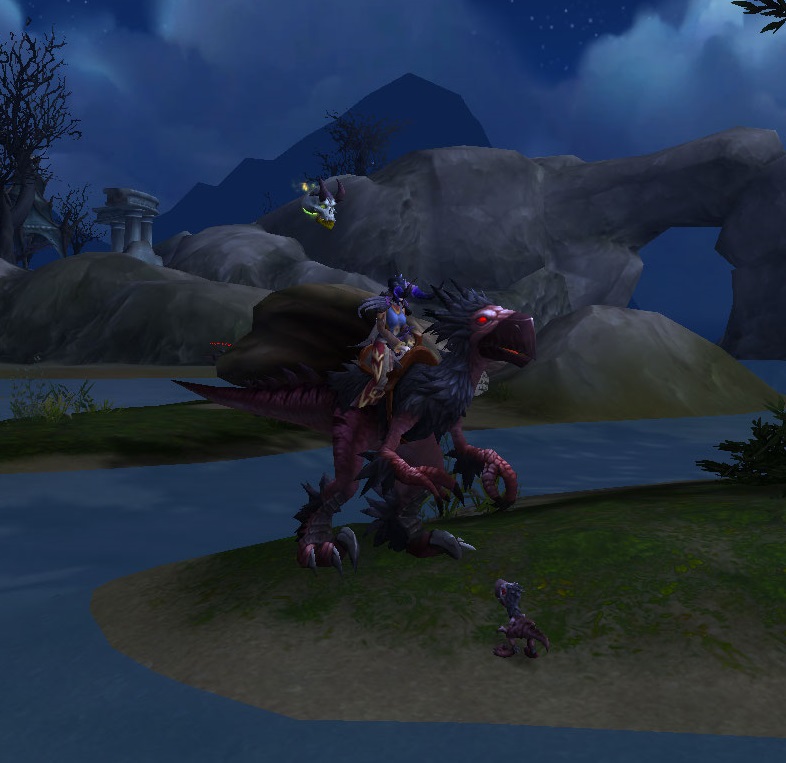 Another week of great RNG luck, mount wise.
First i got the Blue Drake from Malygos’ Eye of Eternity (25man). 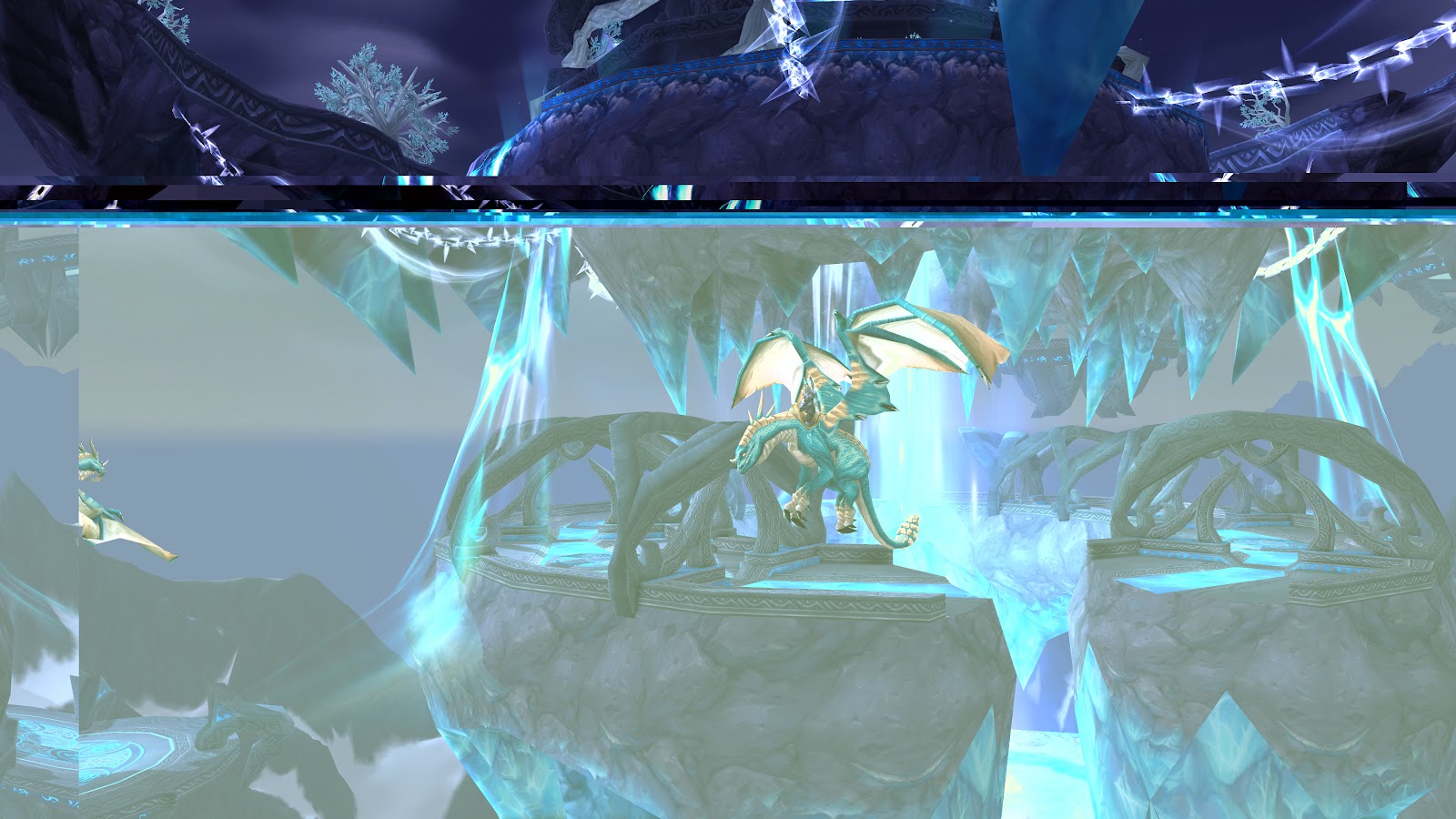 Then this morning i got the Infinete Timereaver mount from the Timewalking version of Mogu’shan Palace. 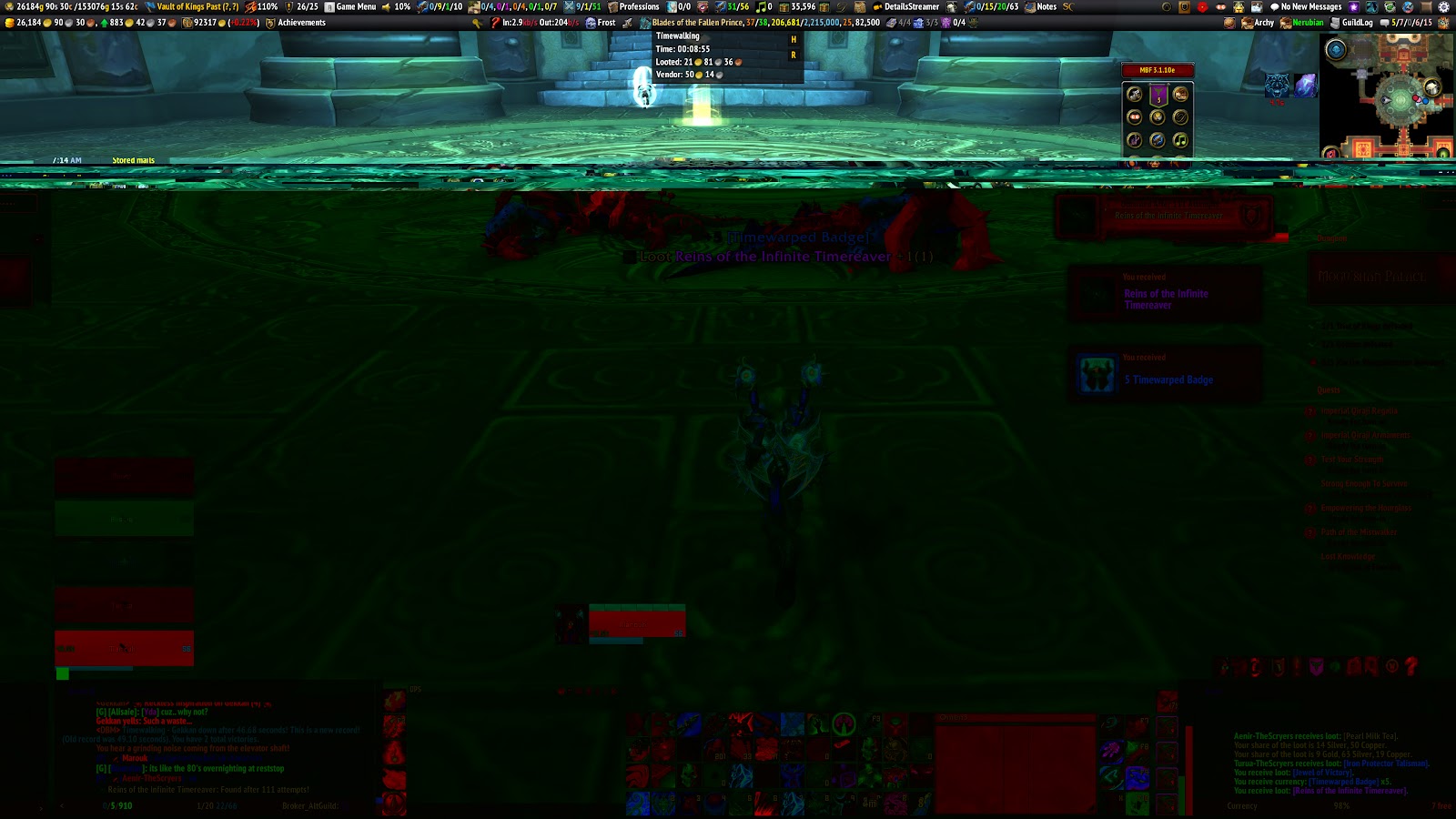 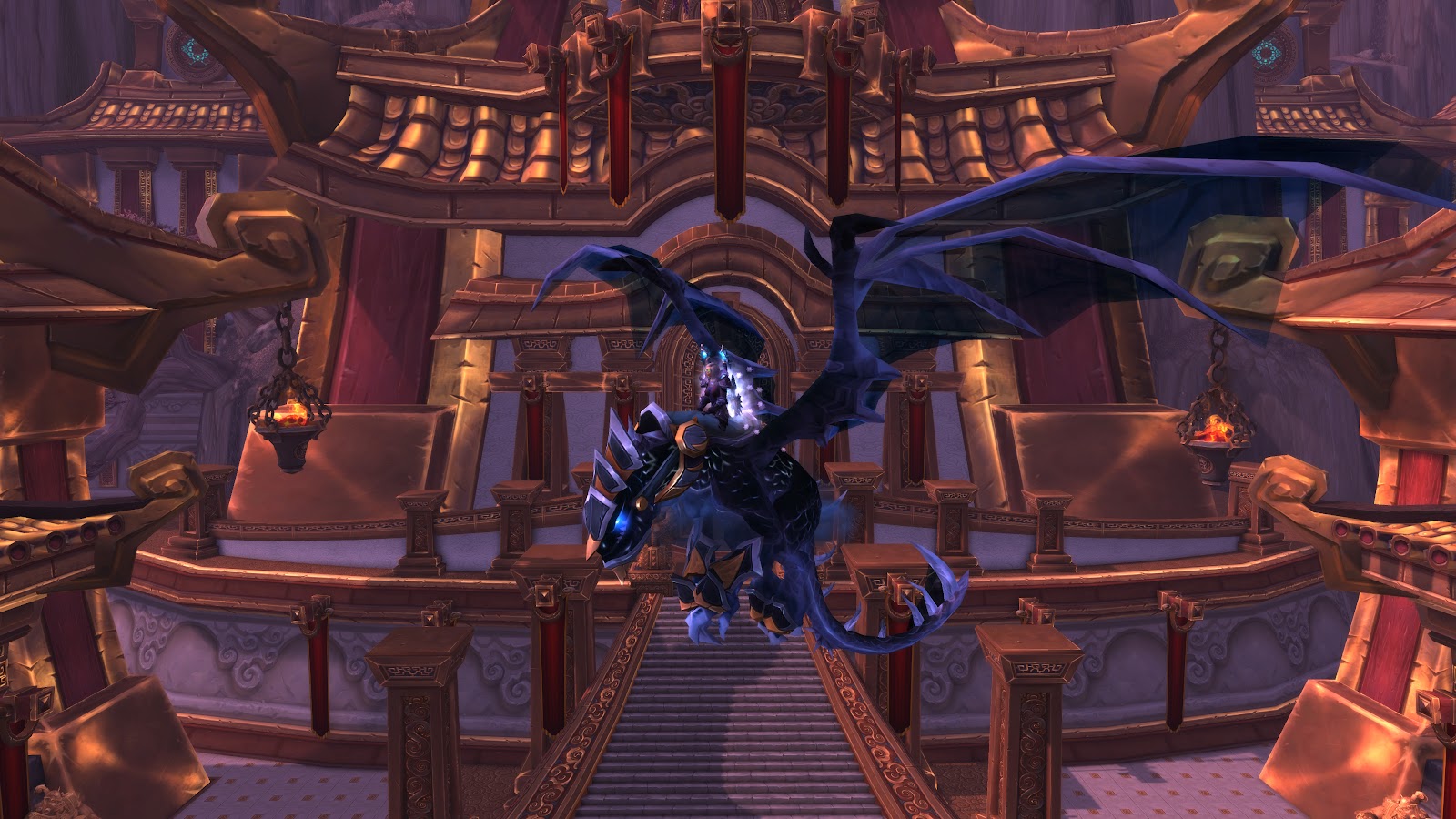 And to close it all off, i got the Grand Black War Mammoth from Toravon the Ice Watcher when running  Vault of Archavon (25man). 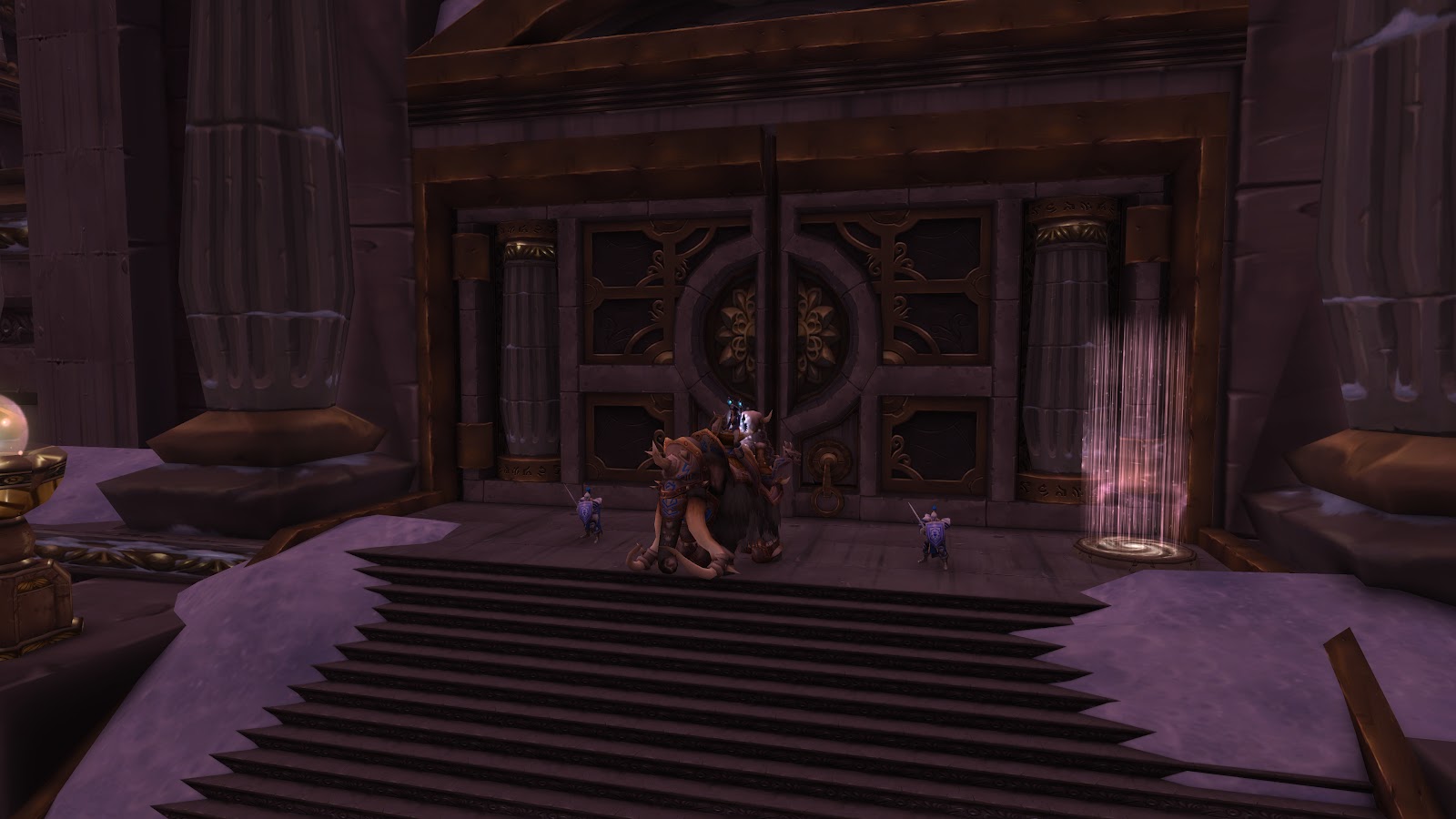 Thank you for being fun to listen to. :) I enjoy the clip flashbacks and the banter of the hosts. Keep on being awesome!
Loved the Hallows’s End flashback, I was laughing in my car on my way home.


Please include me in the Vrishna Scholarship. i'd love to get some time on the US servers too :D


Rigarmorty here for another update. Got a fair bit of Wow play done this past week and really enjoying my now two new alts Valeryana (blood elf pally) and Avrilphena (orc demo lock).


For the Horde,
For finding Wow time
For finding time to do proper audios with sound effects
and for remembering addons.


P.S. One of the ones i was thinking of was Quartz but I still can't recall what other addon i used to used but it's been years so who knows lol.


Good day Ctrl Alt WoW crew, hope you are all well? Kep here!
Well its been a little while since I wrote in, however I have been listening to the podcast and participating in the chat room as much as possible! Real life took over for a while. I have finally finished my degree and I am now a fully qualified Operating Theatre Practitioner; and working in my local hospital. Still A LOT to learn though!


Sadly no love rocket this year. I started running the dungeon with 25+ characters and ended up running with 68 characters, daily! It turned into some sort of crazy obsession! I was rolling new chars nearly everyday and re-subbing old accounts etc. I was quite glad it was all over! ha-ha
However, Mimiron’s Head dropped for me a few weeks ago, so I’m VERY happy with that! I also dug-up the bones and got my Ghost Moose! I am still working on the Fire Cat from HotS – I NEVER want to play that game ever again!!! 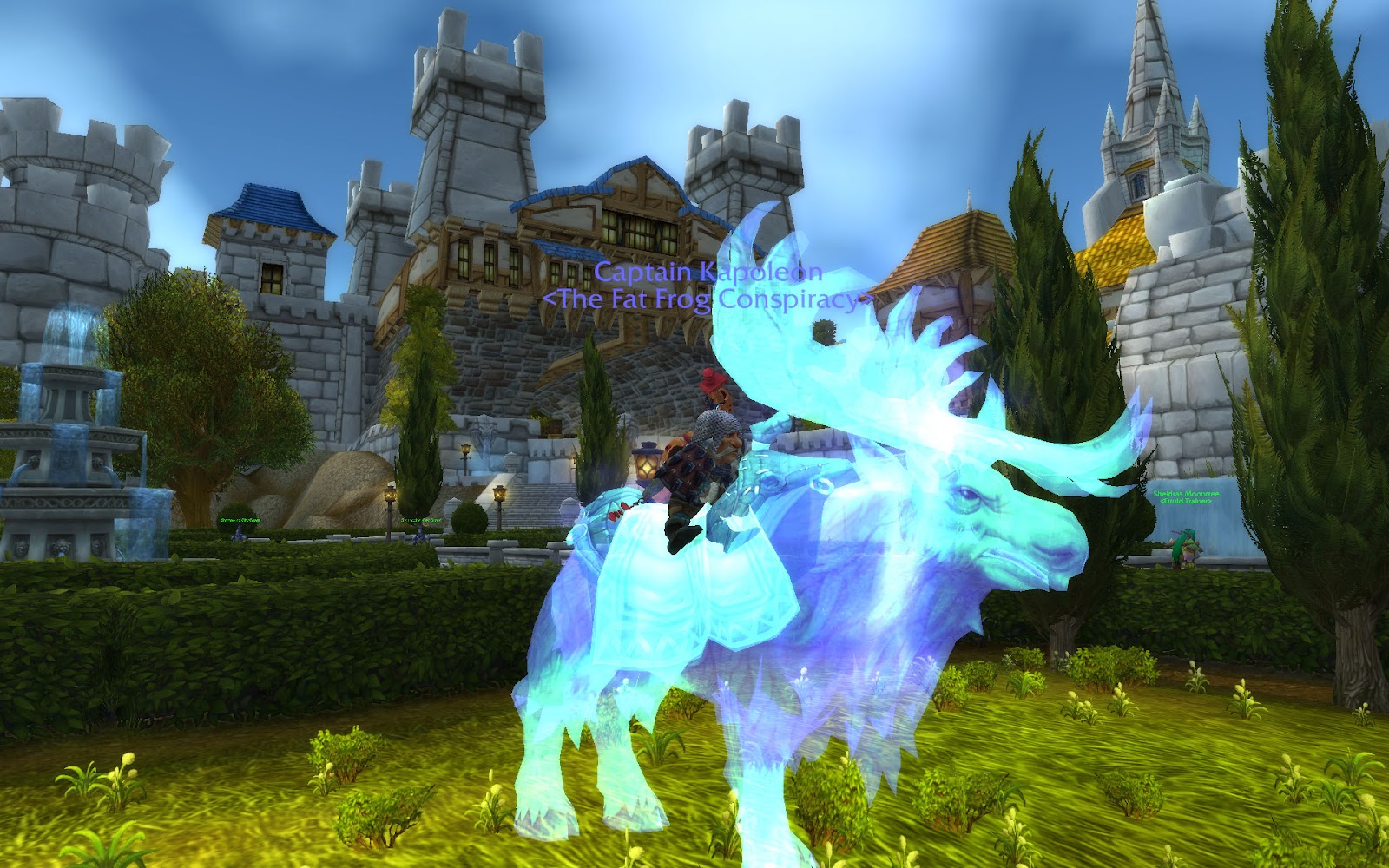 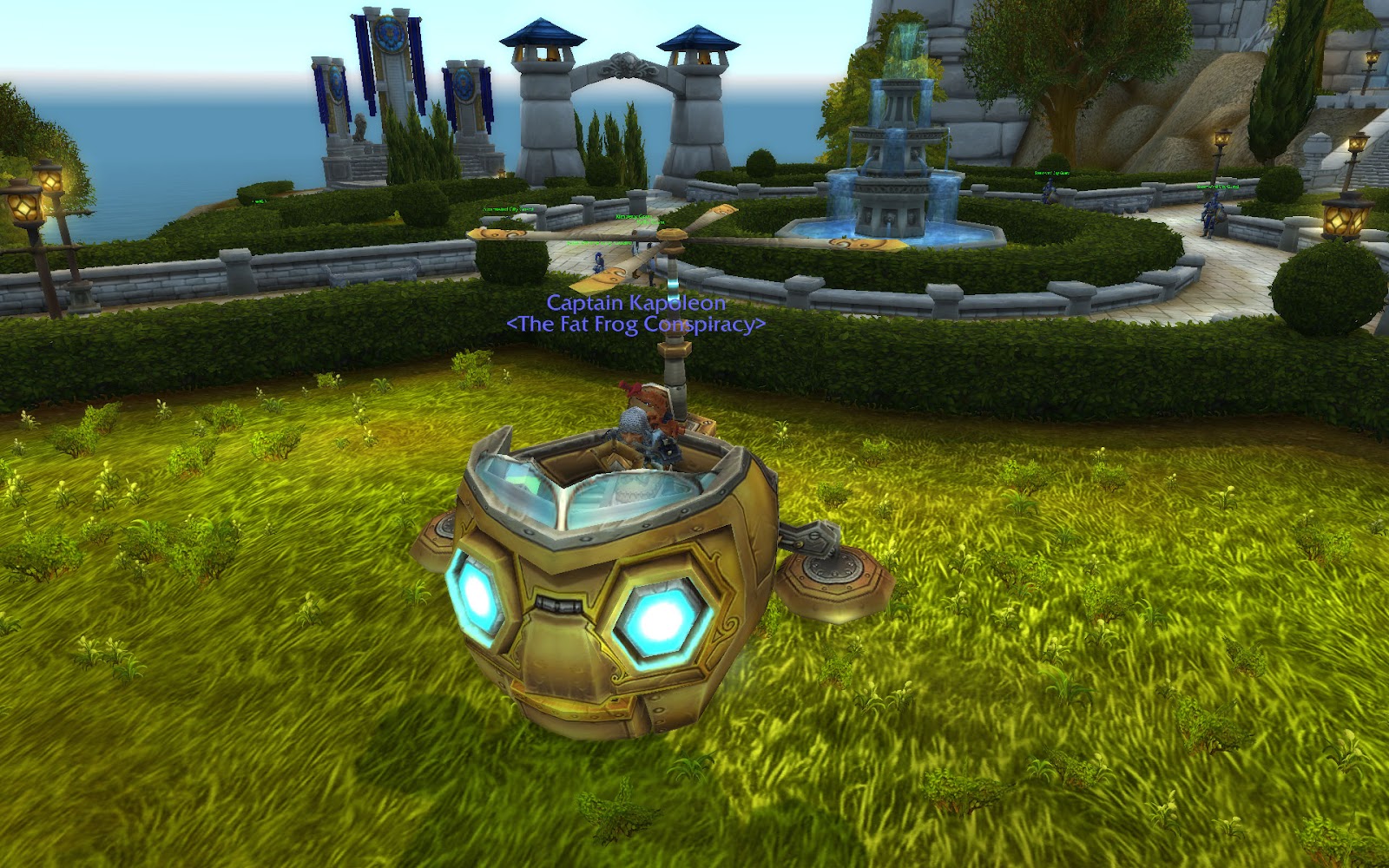 
Did you know that there is GRASS in the game?  I finally got to tinker around with the game on my newish computer, and while in the Barrens on a low-level character I saw stalks of grass for the first time.  As someone who has never played WoW above the lowest level graphics settings, it was a level of detail that I really appreciated.  I even was able to see Orgrimmar from that watch tower in Razor Hill in Durotar.   These things may seem small and insignificant for most, or people may not even have realized it was possible to not see these things, but for me it was a first.  It really improves the whole world immersion experience.


I have a few clips from episode 292 enclosed, I hope you enjoy!

Frazley Sparkspan had a  AddOn Spotlight submission via the CAW Discord “CAW-Podcast-Submissions” channel. The Addon is:

Masquerade Gear Solid
It plays the MGS sound when you get noticed by a NPC in Suramar that can detect your Masquerade. Easy nice and simple, i like it, thanks Frazley.

Hi everyone - Such weather we're having! Yesterday I had the sunroof open while driving home from my boxing class, and this morning I nearly turned into an ice cube bringing in the trash cans! Spring is coming, spring is coming... Know what else is coming? Guild updates! Here they are - enjoy!