Aprillian, Constrax, Vrishna, Grand Nagus and guest hosts discuss another week of playing World of Warcraft, Blizzard's greatest MMORPG. The show features audio segments and email submissions from our lovely listeners. Guild Round up from Rogueslayer
If you want to join the conversations on the show, we have a live chatroom with in-game giveaways moderated by chatroom-guru Constraxx. We record Live on our Twitch.tv page twitch.tv/ctrlaltwowpodcast
We also have an ongoing contest. Send an email to ctrlaltwow@gmail.com telling us how you play WoW, either as an altoholic or dealing with it in your family life to being placed in a drawing for a WoW Pet or an Authenticator.

Kyle filling in while Constrax gets better (tons of healthy vibes and thoughts your way!!)

Finally got stuff set up, new hardware and a BfA Alpha invite.
Defeated Aggramaar on Heroic today, one more boss to go to reach Ahead of the curve.
Created a Gnome Monk today

Hope you all have had a great week!  I have a quick audio to talk about mine :)

Today's Blast from the Past comes to you from episode 330.  Here's a link to the show notes for episode 330 if anyone wants to see the Necronomicon pictures:

Finally, there was a request a few weeks ago for a particular episode to use as a Blast from the Past.  I attached a picture as a teaser :) This one should be starting next week. 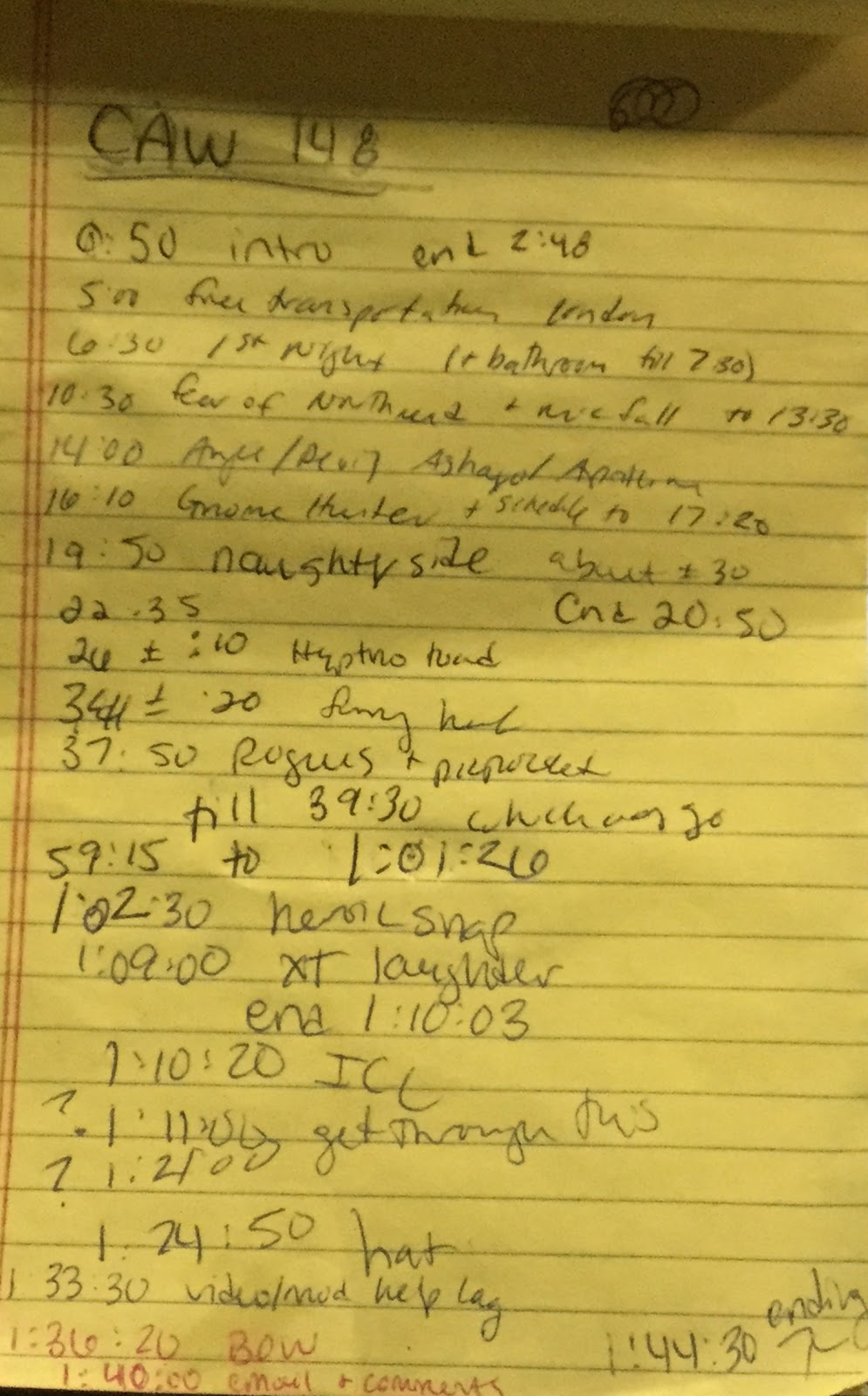 Addon of the week: Minimap Button Frame, a addon i’ve been using for years, have talked about on previous shows and that got a update after 3 years earlier this week
If you don’t want to use a bar addon and you think your minmap is overflowing with addon icons, this addon is ideal for you, it collects all the addon buttons and puts them into a frame that can be made to close if you need the space.
You can find GrandNagus on Twitter @GrandNagus1, or by email at towerofcommerce@gmail.com

Posted by Aprillian at 6:54 PM