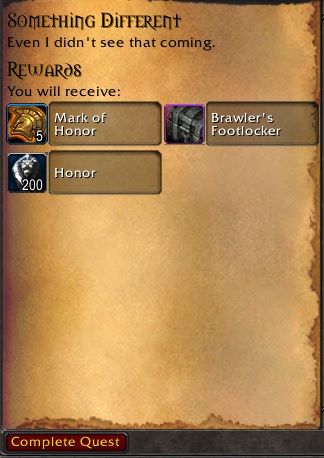 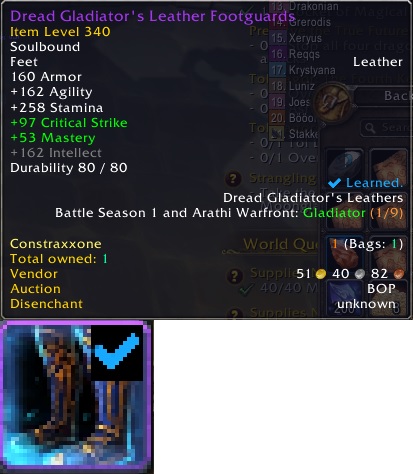 New Rep to revered 7th Legion. Champions of Azeroth just shy.
Warfront campaing completed, it required for last quest to have 7th Legion Rep tick over to revered, so it is gated by rep to some degree.


Crafted a bunch of daggers with Storm Steel Ore. Bought 2 of the 3 Star Patterns since I sold a medallion of the Legion for 9k.


Massive World Quests : all Emissaries, the prime ones I needed on Saturday, completed Tortollan, 7th Legion & Champions of Azeroth.


Here is this week's Blast from the Past coming to you from episode 354.  No audio from me this week unfortunately, internet decided to be a dink when I had some free time and started behaving again when was too late to really do anything :(


Addon of the Week: HandyNotes_Hallow’sEnd

Posted by Aprillian at 1:03 PM