Aprillian, Constrax, Vrishna, Grand Nagus and guest hosts discuss another week of playing World of Warcraft, Blizzard's greatest MMORPG. The show features audio segments and email submissions from our lovely listeners. Guild Round up with Constraxx!
If you want to join the conversations on the show, we have a live chatroom with in-game giveaways moderated by chatroom-guru Constraxx. We record Live on our Twitch.tv page twitch.tv/ctrlaltwowpodcast
We also have an ongoing contest. Send an email to ctrlaltwow@gmail.com telling us how you play WoW, either as an altoholic or dealing with it in your family life to being placed in a drawing for a WoW Pet or an Authenticator.


We’re underway with the deployment of our first build of WoW 8.1.5 to our Public Test Realms. We expect it to be playable soon, and we want to start discussions about the features of the update that we’ll be testing:


Our testing in this first build will be primarily technical, so some 8.1.5 features will be locked/unavailable for the first few days while we work on initial concerns:


Additionally, you may see some features referenced in this PTR (such as Ashran as an Epic Battleground) that are not part of 8.1.5, but may be introduced in a later update. We’ll keep an eye out for such things and make sure to let you know what we aren’t testing in this PTR.


As always, thank you for your testing and feedback. 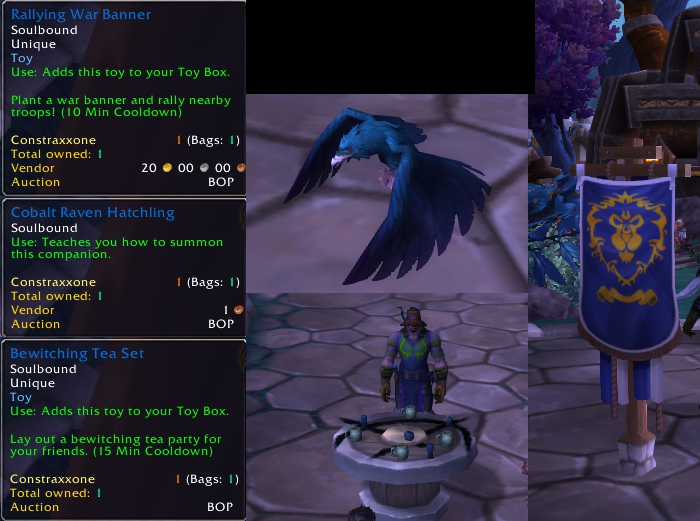 
Grinding reps on All 3 Alts for 3 star recipes at revered. Incursions save my bacon...


Leveled a Goblin mage to 20 then boosted to farm rare mounts. 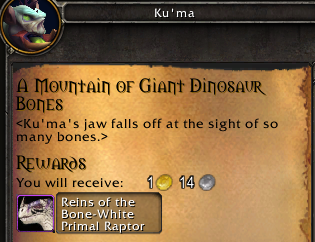 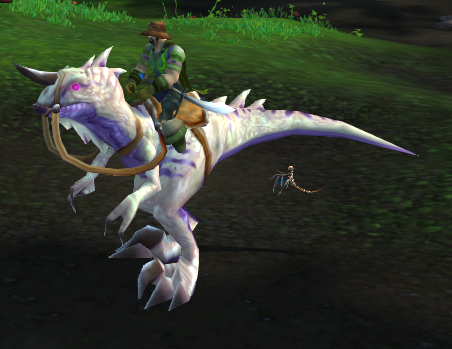 Timewalking x 5 = 12 leather transmogs, nice run, time walking badges as well. No Add-on, No meter, No vote Kick… 45 minute queue :(  Usual pull shinanigans, Rogue sap broken on every pull, no recorded death on the 5 dungeon run, I still know my class. The quick and the dead, new tanks, same mechanics, who’s got the healer’s back, why is no one using battle rez? Tanking a mob away from the party to avoid the wipe.  Nobody got kicked, yay!


3 star recipes for all enchanting… lucky on the rep grind this week.  4 quest double for incursion and line up to during 5 days, super super lucky, 7500 rep each time.


Crash and burn on 370 rewards, every slot from armor rewards from Emissary except
Rings…


Cooking to 125 to free up a bag slot, the 2 star recipe and 3 star recipe for sanguine feast.

Important change that not everyone might have picked up on with 8.1:
The profession quests on DMF island now give skill points with the highest expansion you have learned.
Secrets of Skettis Discover the Arakkoa artifacts listed.
New Gnome Warlock is lvl 75, just before the show started.
Need to level Archaeology, because she’s a alchemist, it’s the only profession that’s (still) not separated into expansions. (Addon Spotlight)
Finished Silithus, Howling Fjord, Icecrown is next


Hope you all have had a great week.  Here are my audios. This week I thought it would be appropriate to look into the very first anniversary of CAW for our Blast from the Past.  Enjoy!


Congratulations on your 600th episode!


You constant, enthusiastic, affirming, entertaining presence has been a true blessing to the WoW community.


Especially you Aprillian - you've been through so much over the years but you somehow find a way to put a smile on your face and share your goodness, and the joy of playing WoW, with everyone.


Thank you so much to you and to all of your awesome co-hosts :-)


Addon(s) of the week: Minimal Archaeology
Window to see progression on any type of artifact type.
Mouseover the entries in the list to see what the specific artifact is you are gonna solve currently.
History function of the addon is great to track the rare artifact completions.
TomTom integration with a button to create a waypoint to the nearest digsite. 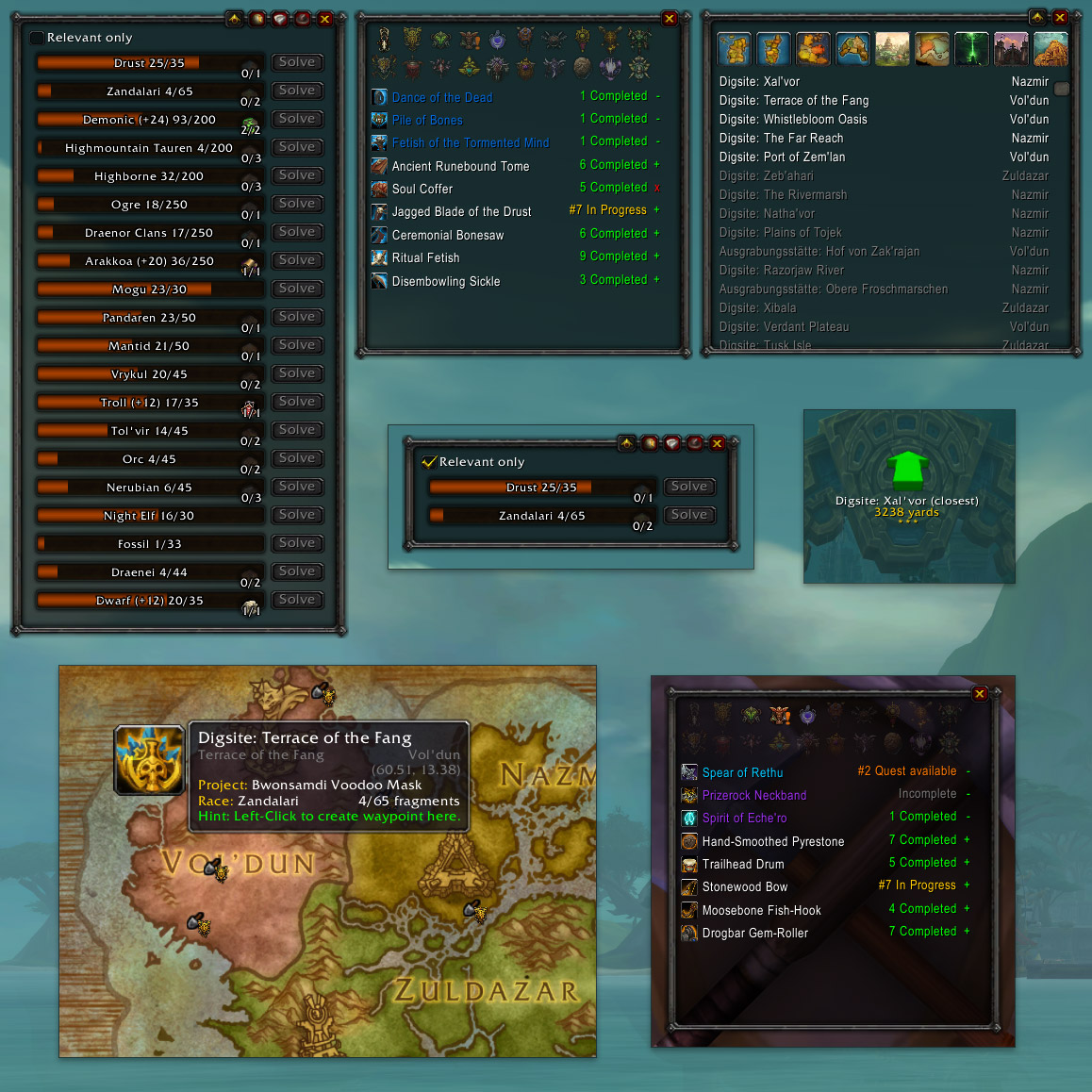 Posted by Aprillian at 9:58 PM