It looks like we will see TBCC release as v. 2.5.1, one number above the latest retail TBC version, 2.4, same as we have Vanilla Classic currently as 1.13.7 after the last retail Vanilla version was 1.12.

Instant Mail Between Characters in TBCC

Guild Banks will be available in a „later patch“ of TBCC

As we approach the moment when WoW Classic players will make the choice to move on to The Burning Crusade Classic (version 2.5.1) or stick with Classic Era (version 1.13.7), we will be connecting many Classic Era realms during maintenance on Tuesday, May 18. 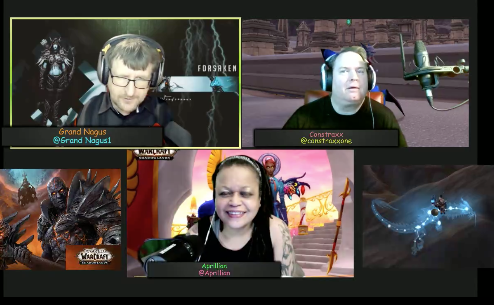 Gnomeregan pet battle dungeon entrance with mini spider tank pet earned. Got all the pets from Deadmines.  Still after 1 pet in Wailing Critters.  Sold 2 vials of the Sands.  Currently sitting at 1.5 million on my main.

Too hot to play during the day, I sit around 9:00 pm to start and finish around midnight, The Air Conditioning had to get started this morning, too hot to do anything but sleep during the day.

When I drive the vehicle the Air Conditioning comes on as soon as I start the vehicle, it’s very hot in the day.

I streamed for 8 hours, Matahorn dropped by and said hello.

I just didn’t play much WoW last week, i had to get rid of some anger and frustration about some of the things going on in the WoW world atm, i think that’s the best way to describe it.

So I dove into Path of Exile and Elder Scrolls Online a little, more the former then the latter.

I really love PoE for the game mechanics, but i think i mentioned this about a million times already.

People that play toons on both WoWClassic type servers, we will have to see how it all works out with addons.

The problem with two server types and one client, if that’s how they are going with it, will be an interesting concept.