I just dropped out audio in the drop box for ya...and I am SO early this week...YAY!!! Hehe!  We hope everyone is doing GREAT, and have attached some screen shots that Pixie got of our recent fun...big birthday shoutouts to Tedra and Aprillian, hope Jeppy is back, and that Ashayo is staying cool in the hot Australian summer! 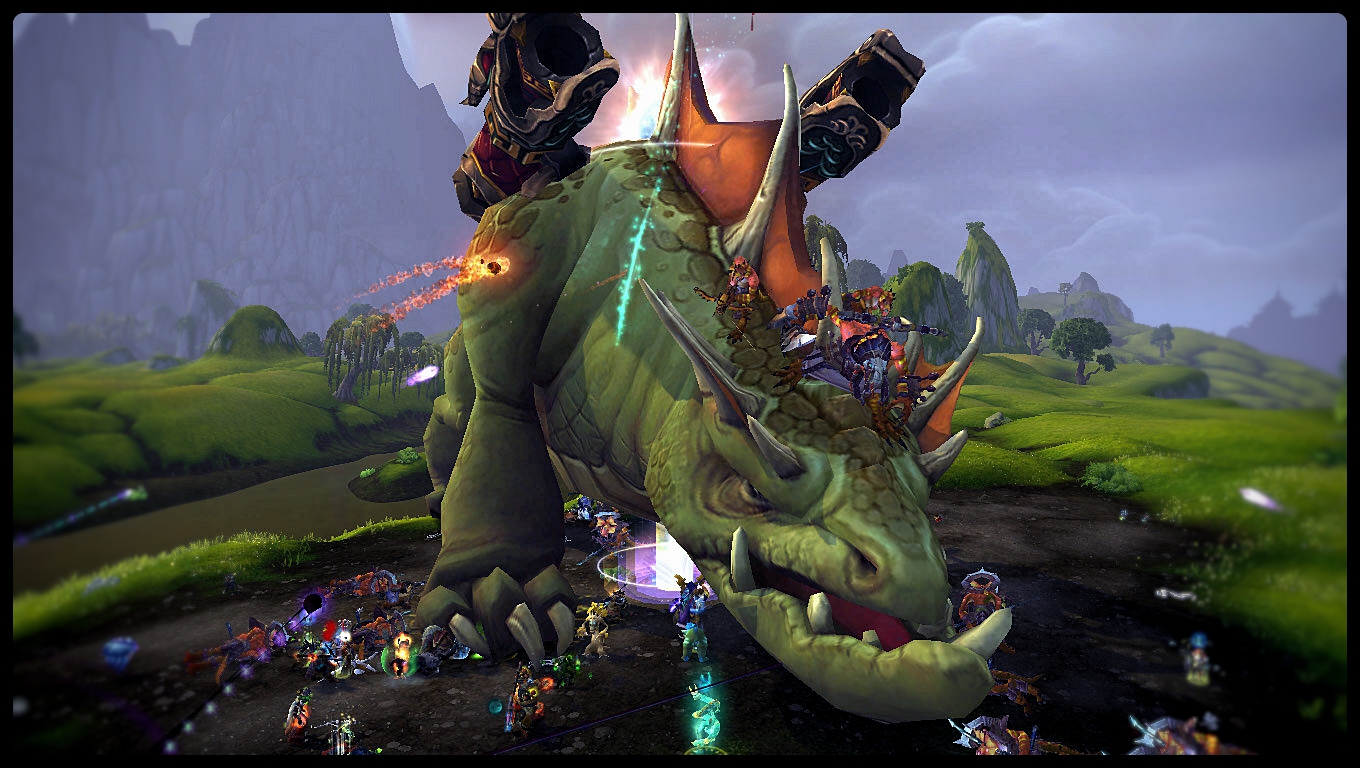 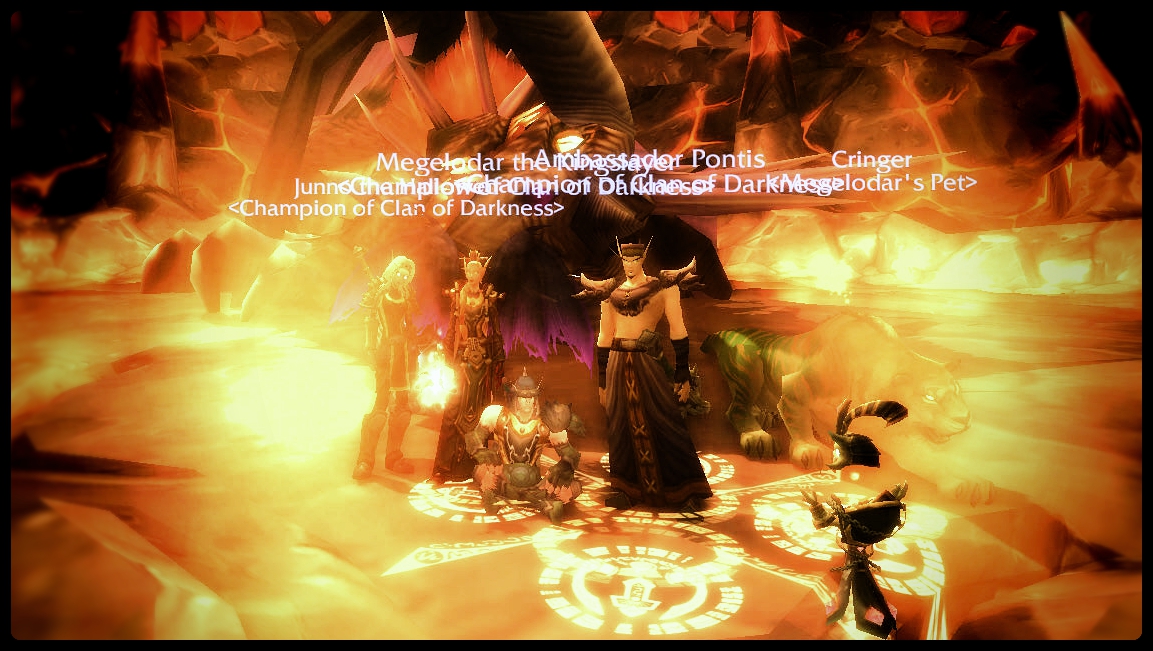 Got 3 Lovely Apples in a Row 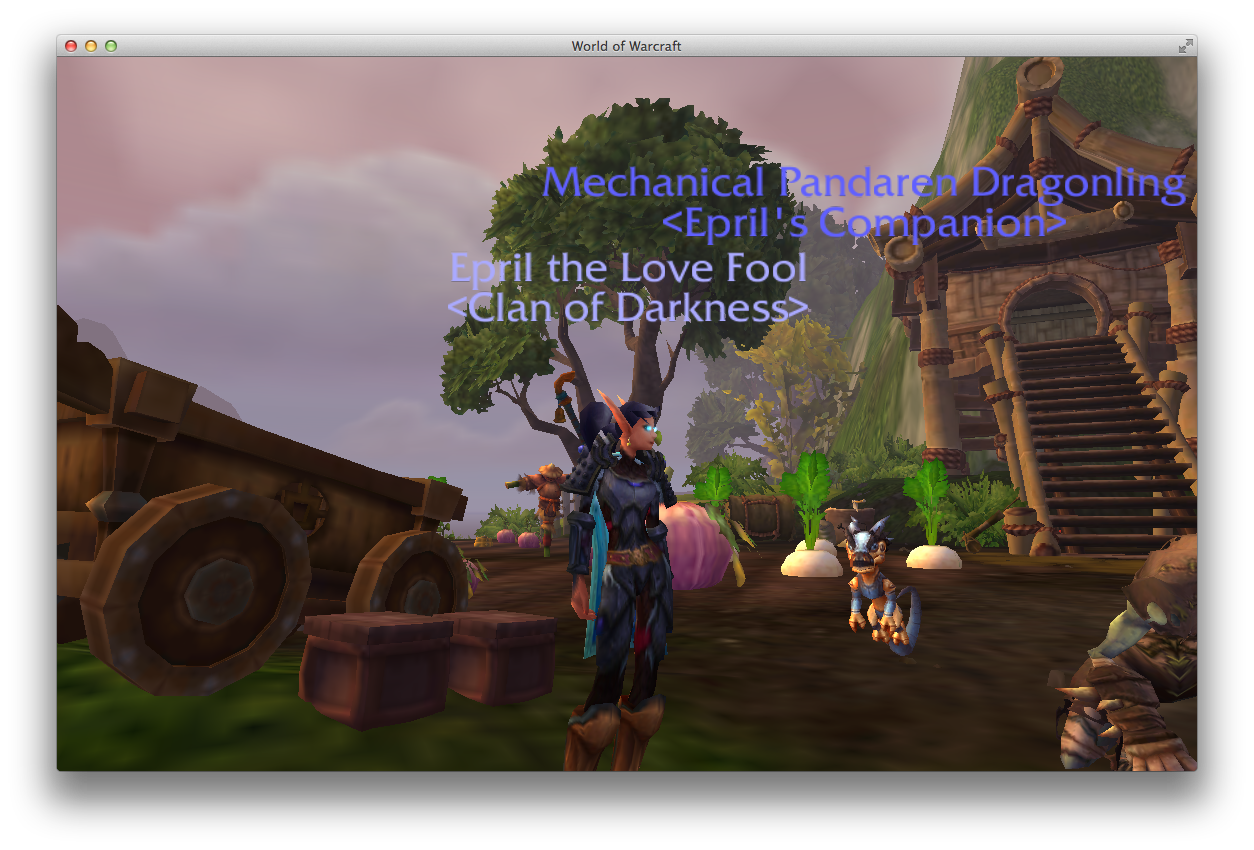 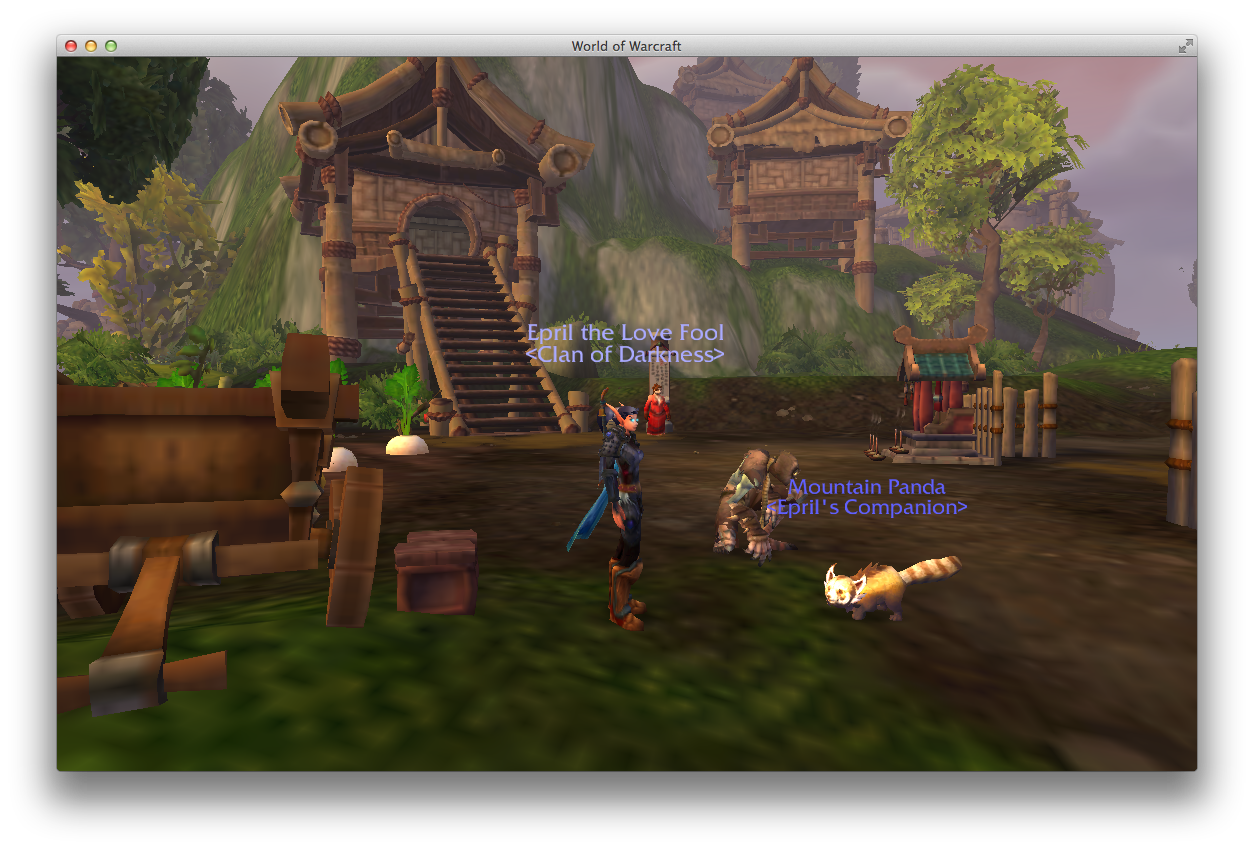 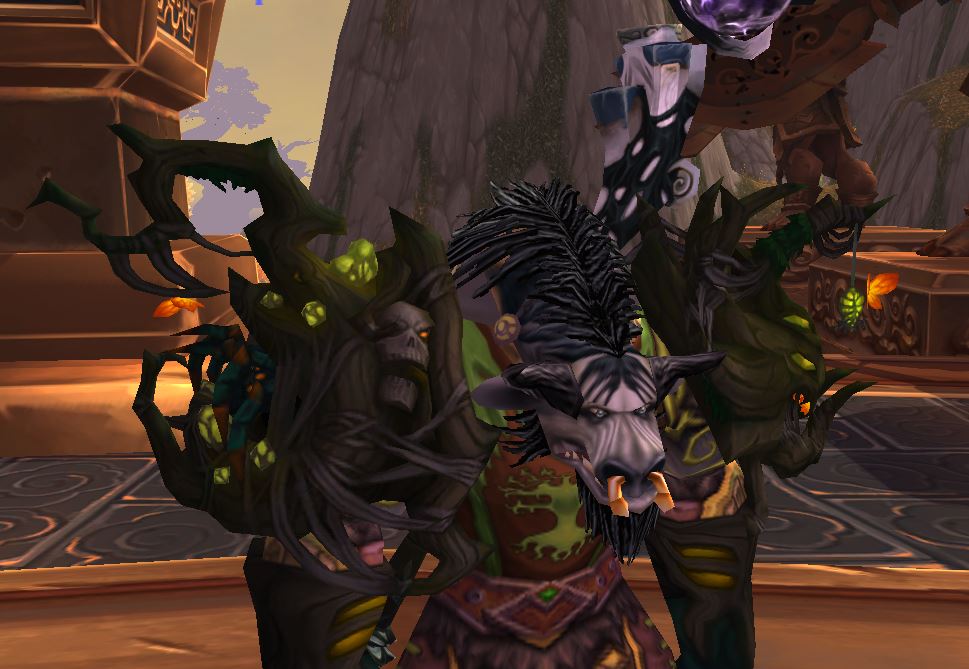 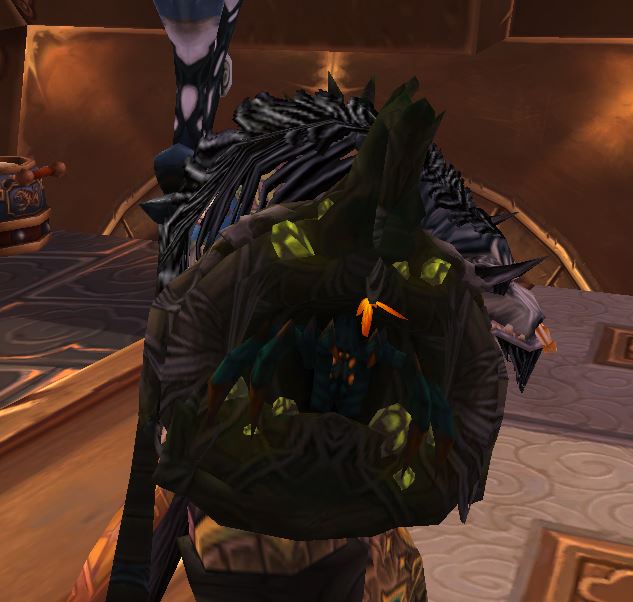 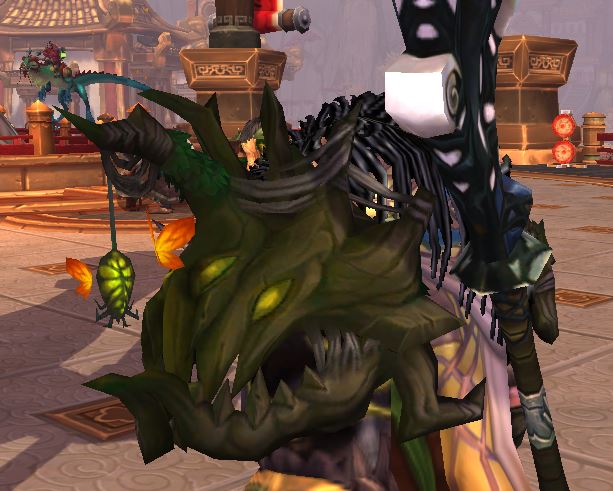 World bosses- doing Oondasta with less in the raid each week ; all about the pull.

Jekle - Terrible ToT LFR, but won shoulder upgrade off Horradin. Tank was deliberately trying to get boss to swipe on raid, and tier gloves on council

Hit 88 on Pally. Noticed after 15 mins that I'm not in the queue Wouldn't let me queue for random - needed 393, was 380. Why not queue me for the two I do meet! Went to visit the Adventuring Supplies guy on the wall where you start Dread Wastes and got up to 407.

Figured out why hunter had trouble finding rares that are targeted...

Working on 3rd toon to get Shado-Pan Assault rep. Save me! 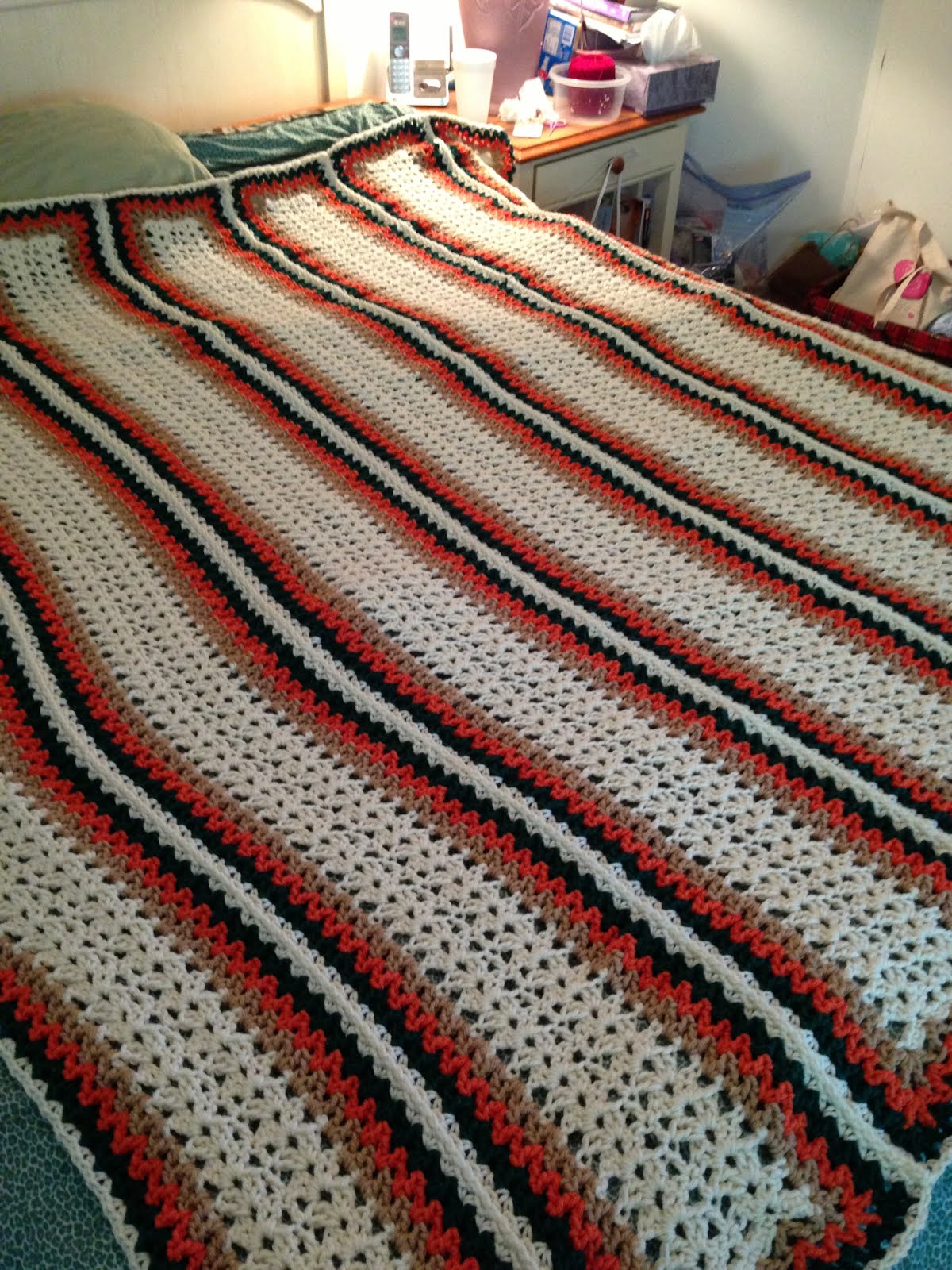 In defense of the noob

OK, I just listened to last weeks podcast and have to defend myself about having no $$ in game, hehe.  So what had happened was, I keep all my money on whatever toon I am playing at the moment.  So when Diz invited me to go kill Galleon I forgot to send my money to Pontis before switching over to him.  I didn't realize it until I was already in Pandaland and thought it would just be easier if Diz summoned me to Galleon rather than logging off and back on to send money and then off and on again to get back to Pontis.  But, I usually only have a couple hundred gold on my toons over here because I'm spending loads of money on the guild heirlooms for my alts.  So while I am a noob, I'm not that big of a noob, hahaha.  I sure am having fun though.  I have spent time with so many different people since I came over and have had more fun in the game than I have had in years.  Thanks for having me.

Greetings and Salutations, people of CAW!

I love the abbreviation, CAW... makes me think of crows. They are my favorite bird, and one of the world's most intelligent animals. (Also, how rad is it that a flock is called a murder of crows... that might be the real reason I love them. lol)  Anyhow, I made a baby priest on Earthen Ring for the sole purpose of joining your fantastic guild, Clan of Darkness.  (If you'll have me!)  I love your podcast, and I listen faithfully every week.  Thanks for being brilliant, and I hope to see you people (you people!?) in-game sometime in the near future. ^.^

P.S. I wasn't sure exactly what to say here.  I'm a little email shy, which is probably why it took me so long to write one.  I hope you'll keep this one secret and safe; I'm well aware that I come off sounding like an idiot more often than not... lol

When this week's show is being recorded, I'll be in New Orleans at my niece's wedding. After that, Julie and I are off for a Sedona - Grand Canyon - Las Vegas vacation!  I'll have my Macbook Air, but I don't know how much game time I'll actually get in. I'll be thinking of you all, though, and I'm sure I'll have a busy twitter feed!

In game news, we're in the midst of the Feast of Noblegarden, and my stalwart toons are a bit perplexed by the whole thing. The attached audio features their efforts to work it all out. Enjoy!

Its your pals the Necronomicon's sorry no audio this week its been very busy at work preparing for this years Carnival at the Venetian.

While I was leveling Squeaks I accidentally started a wild pet battle, the next thing I knew two hours had passed, I had a dozen new pets and just as many new achievements and I'm now officially addicted to pet battles. They really are a lot of fun. The pet I've been looking forward to getting is the Tiny Tirisfal Bat. The trouble I've been having is that every time I get it trapped there is another pet waiting behind it that I need to fight, it kicks my butt and I lose the Bat. I know I'll trap him and keep him eventually its just gonna take a little bit more training.

If anyone could recommend a web site I can consult to help with choosing pet teams and strategies I'd greatly appreciate it. Oh, and how do I get pet bandages?

I did a dungeon run with some guildies, helped Matahorn with the Northrend Arena quest and mastered all forms of Pandaren cooking to earn the title "Master of Pandaren Cooking" not to mention I got to use all the food I had stored in my mailbox.

Thats about all I can remember doing this week friends. Many thanks for your sublime podcast, you really are the best of the best.

and remember Undead love is forever…

PS
Tell Aprillian she's a fantastic interviewer. I really enjoyed myself and can't wait to do it again :D 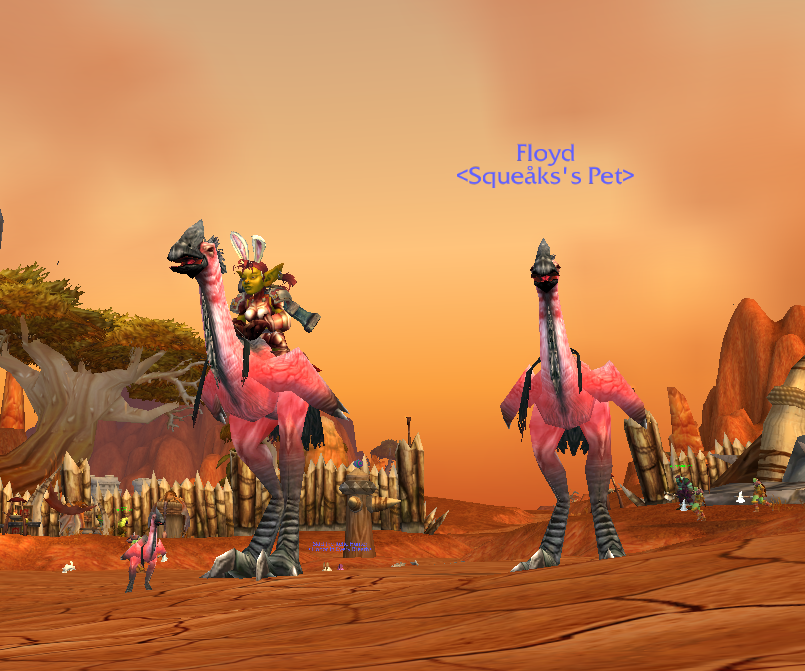 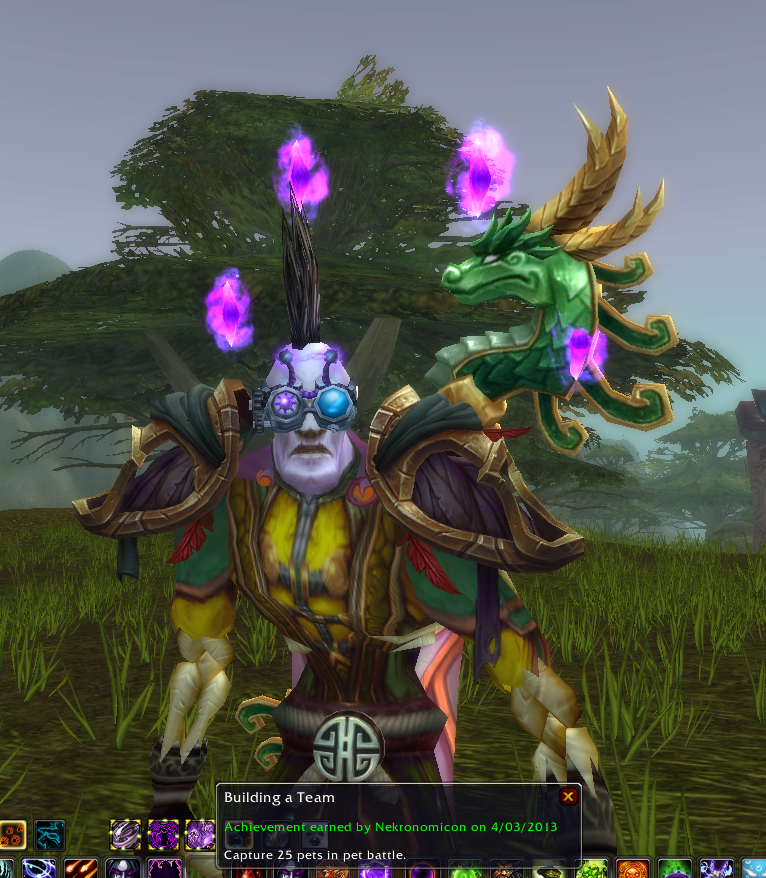 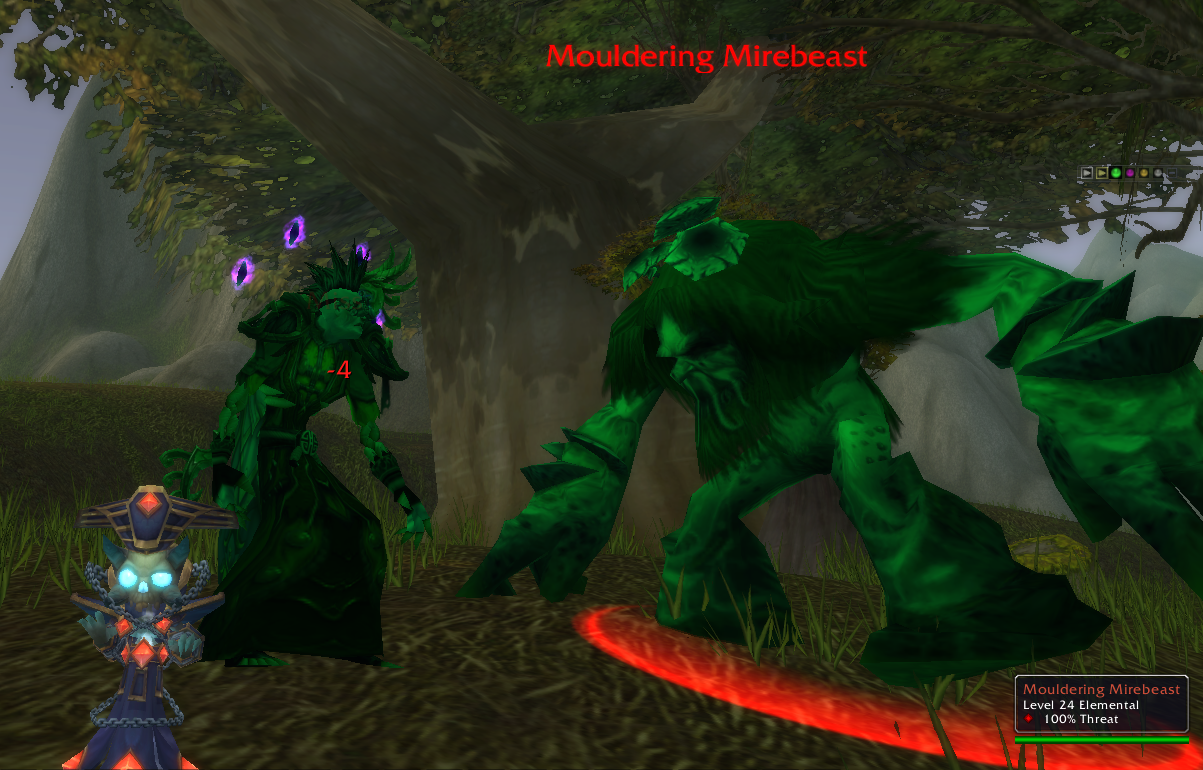 Not much to report this week as I have been playing a lot of bio shock infinity lately beat it yesterday. And traded it in today had a awesome twist ending and will happily pony up for the sequel. Basicly spent the rest of the week on my worgen warlock properly should leave the old world and head to panda land but just can't shake the old world blues.

And for haveing something more exciting to report next week or at least a audio.
Big G


Hello to Aprillian, Ashayo, Jeppy and Tedra!  So here I am 4 years later.  Palisaz's side kick, or better known to you as Dizinee!  After 4 years of hearing me moan about his excessive play time, he finally..... quietly but intently lured me into the World.....of....... Warcraft. Ooooooooooooo! To my surprise I'm finding this adventure quite enjoyable. Just as long as  he doesn't make it not fun!!!  Lol ask him about that.        Knowing my husband and how INTENSELY he gets into things, I knew it was only a matter of time before he would put the hammer to me.  I'm surprised it took him this long, but I think he was waiting for the confidence and ability to be my PA.  As in everything we do, I can always count on my PA.  It can, at times, be very stressful for him I'm sure, but that doesn't stop me from allowing it to exist!  Lol
He put your podcast on the radio on our way to the casino (lure, lure, lure), and you guys are too funny with your banter.  Keep up the good times.
Anyway, he asked that I drop-in, to say "Hello" and introduce myself.   So there it is in all it's glory.  Hope to further our relationship in the near future.  See yas!

a quick update before the show begins.

My lvl 90 DK really has her foot into raiding, actually both feet by now , we are starting to
get together as a group and are starting on Heart of Fear next week.
Besides that, she got the Reins of the Slate Primordial Direhorn from killing the rare-spawning
Zandalari Warbringers in the costal zones of Pandaria. She got exalted with the Kirin Tor Offensive
and honored with the Shado-Pan Assult. I haven't had the chance of going into the 3rd wing of ToT
yet, but i hope to do so tomorrow. Weekly kills of Sha/Galleon and Oondasta got me 3x double gold .

My new CoD DK is up 60 now, she will be tanking, on this note, thanks to Necrobob for inviting her
into CoD.

As for our favorite grind in WoW, Nobel Garden, i started on that after all, to see, if i can get the mount.
the pet i got as a drop from one of the eggs, so that saved me some chocolades.

That's pretty much all for now, cya all ingame.

P.S.: Best wishes to Jeppy, we continue to look forward to your return to the show, buddy.


Clan of Darkness
Interview with Necronomicon
Hey gang!!...I heard on the Instance Scott Johnson say "hey gang" sounds like a "dad" type of greeting. So.....to all my children out there....here is this weeks audio!!! ;-)
Take care,
Donnie
Posted by Aprillian at 8:48 AM