Hello CAW darlings! This is a shortie...I wanted to say hi though, hehe...hope you're all doing great!!! 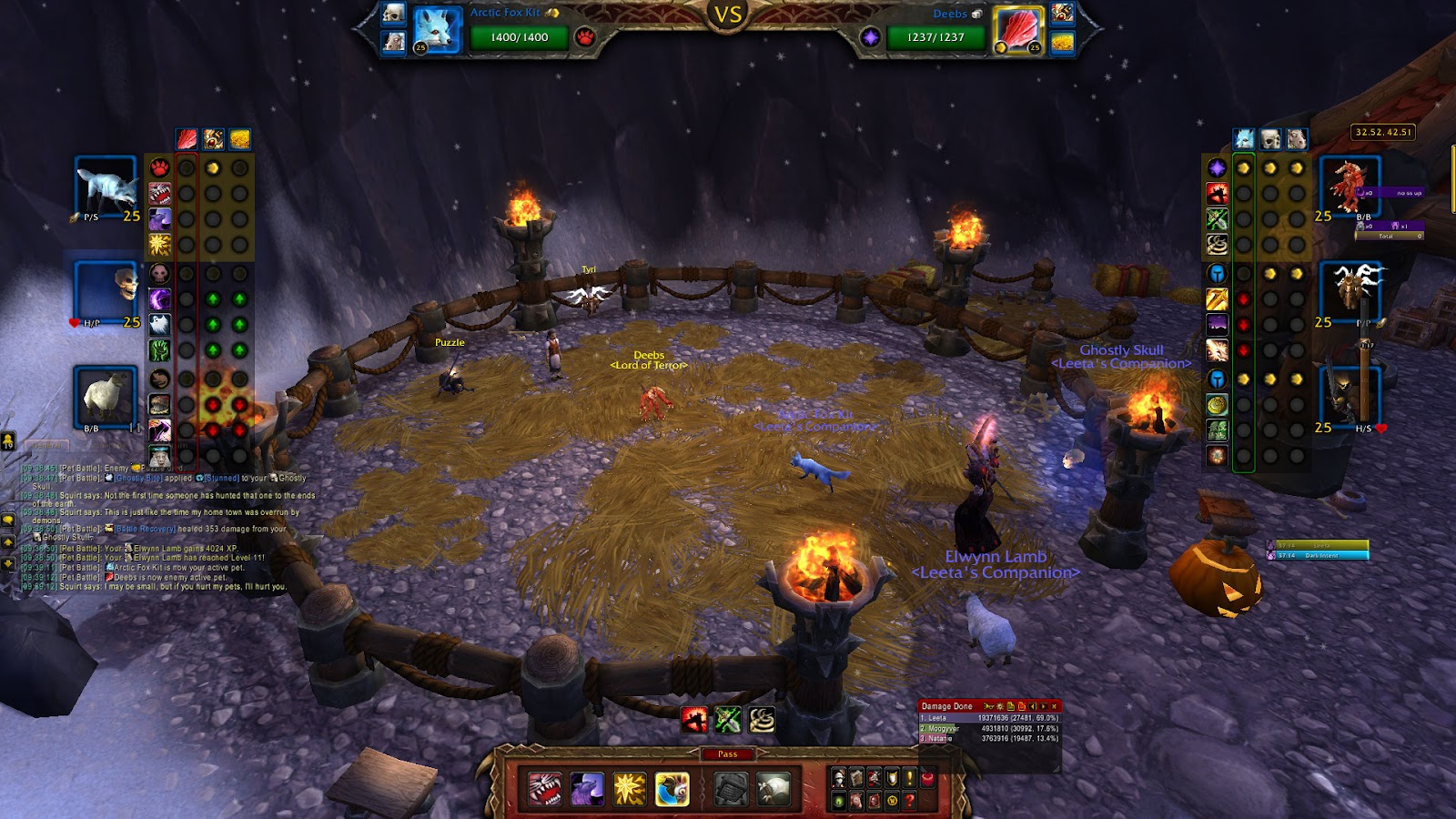 
Stats
Looking at this before and after I will admit I'm very happy with what I got done! 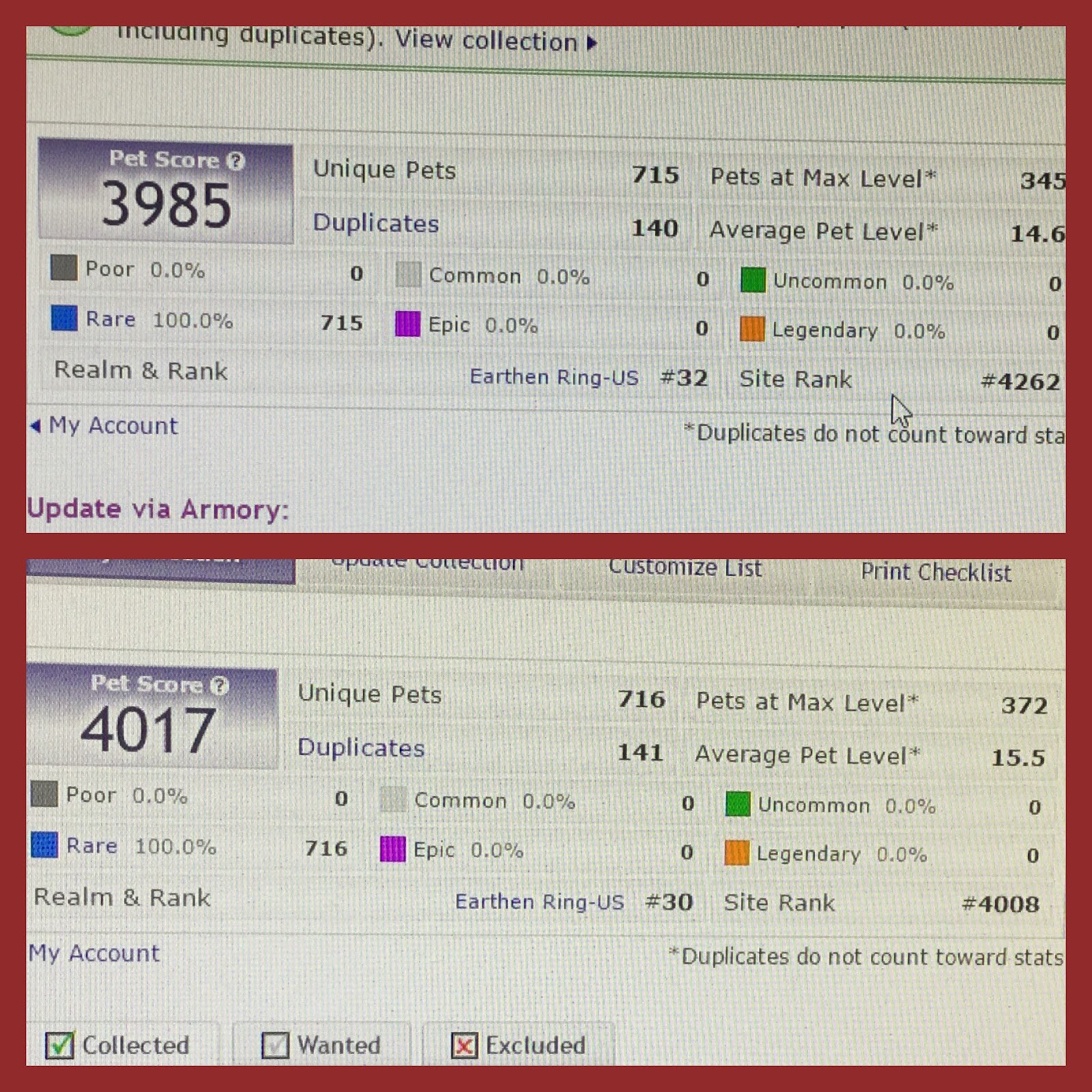 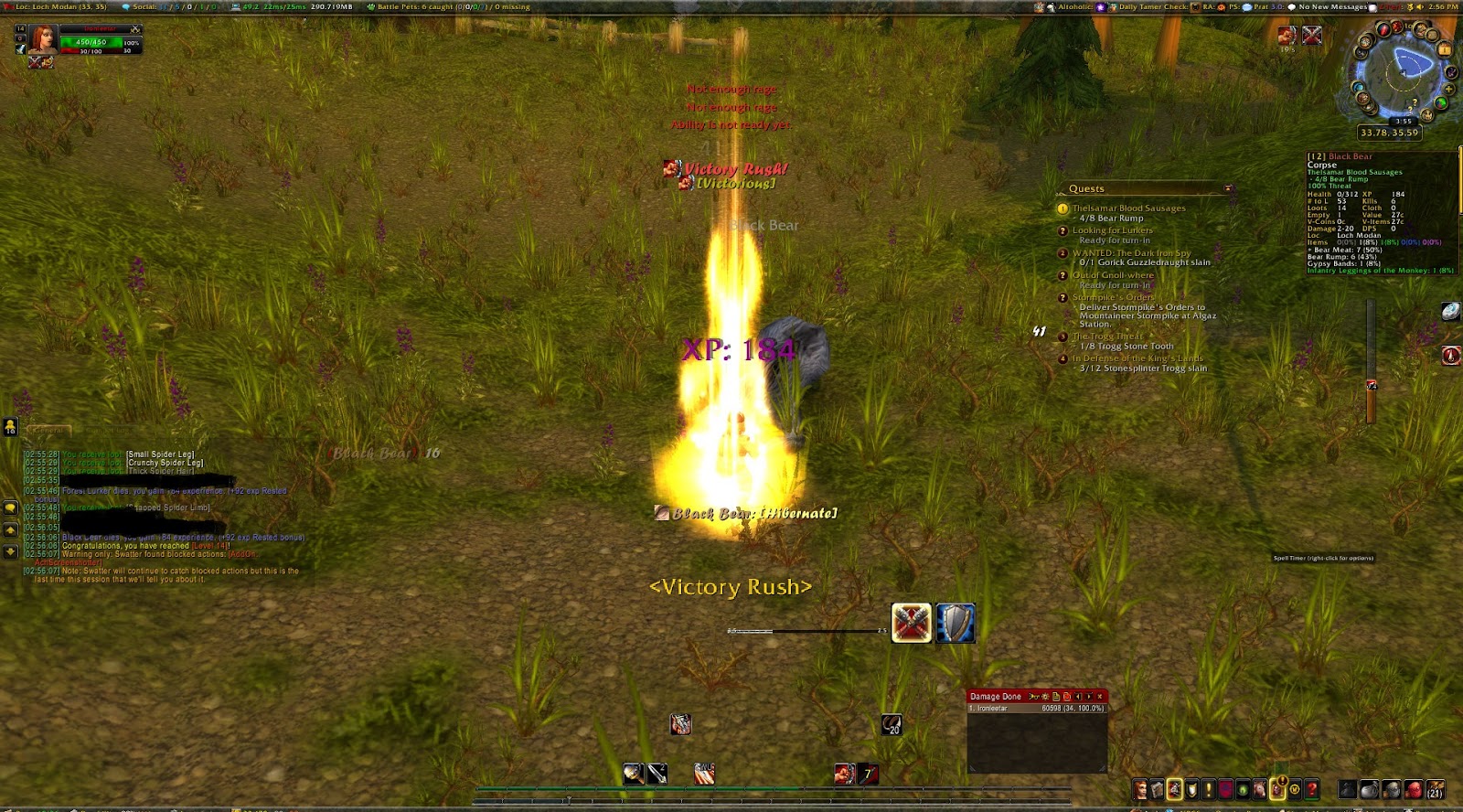 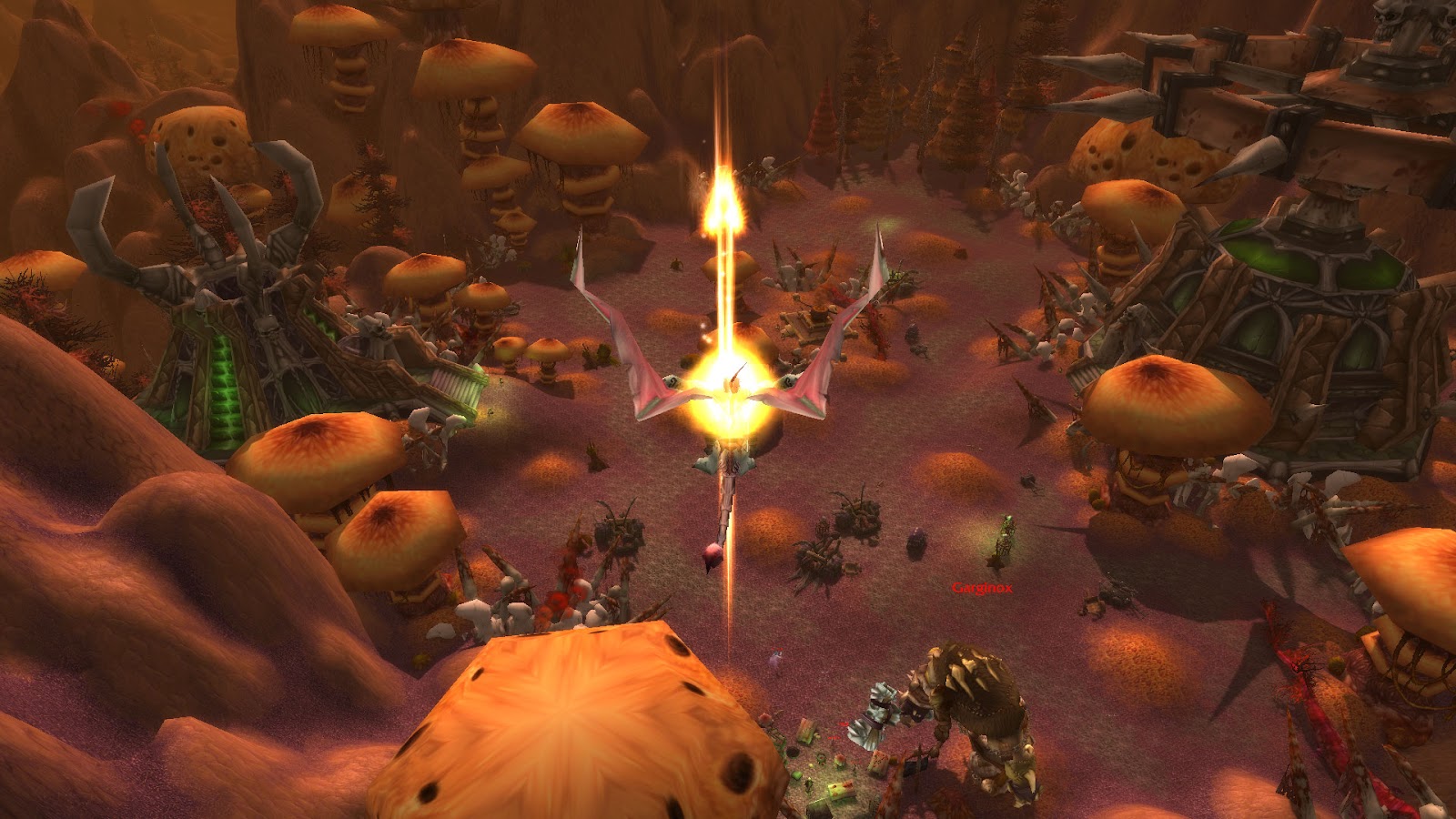 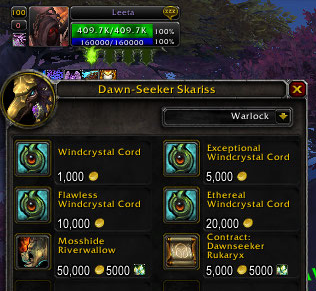 It Shall Be Mine! 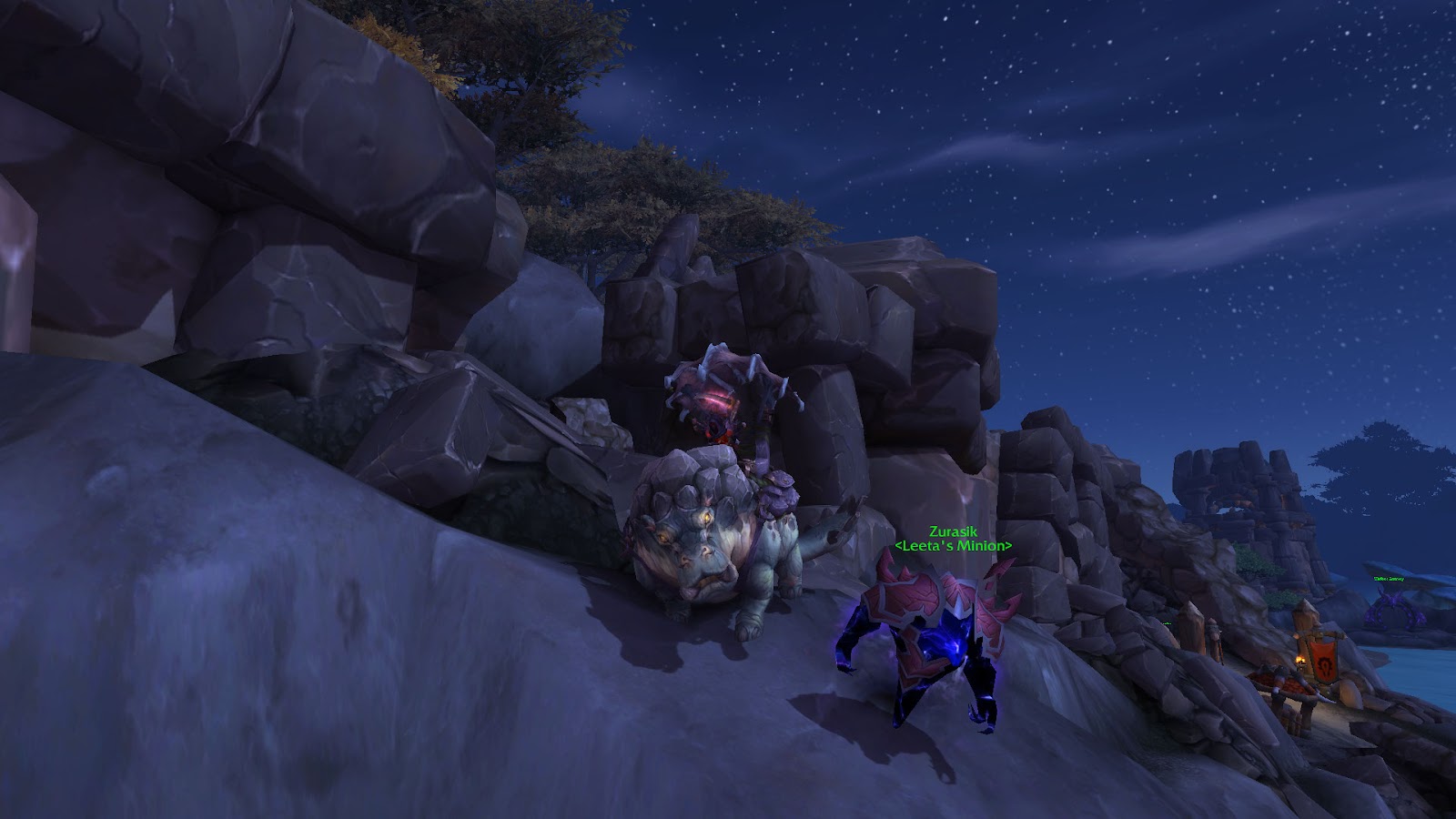 
5/ PvP - Ashran!
Woah!!! Yes I really did PvP this week!
Ashran is way more complex then I realised… starting off!


So far have 17 pieces of PvP gear 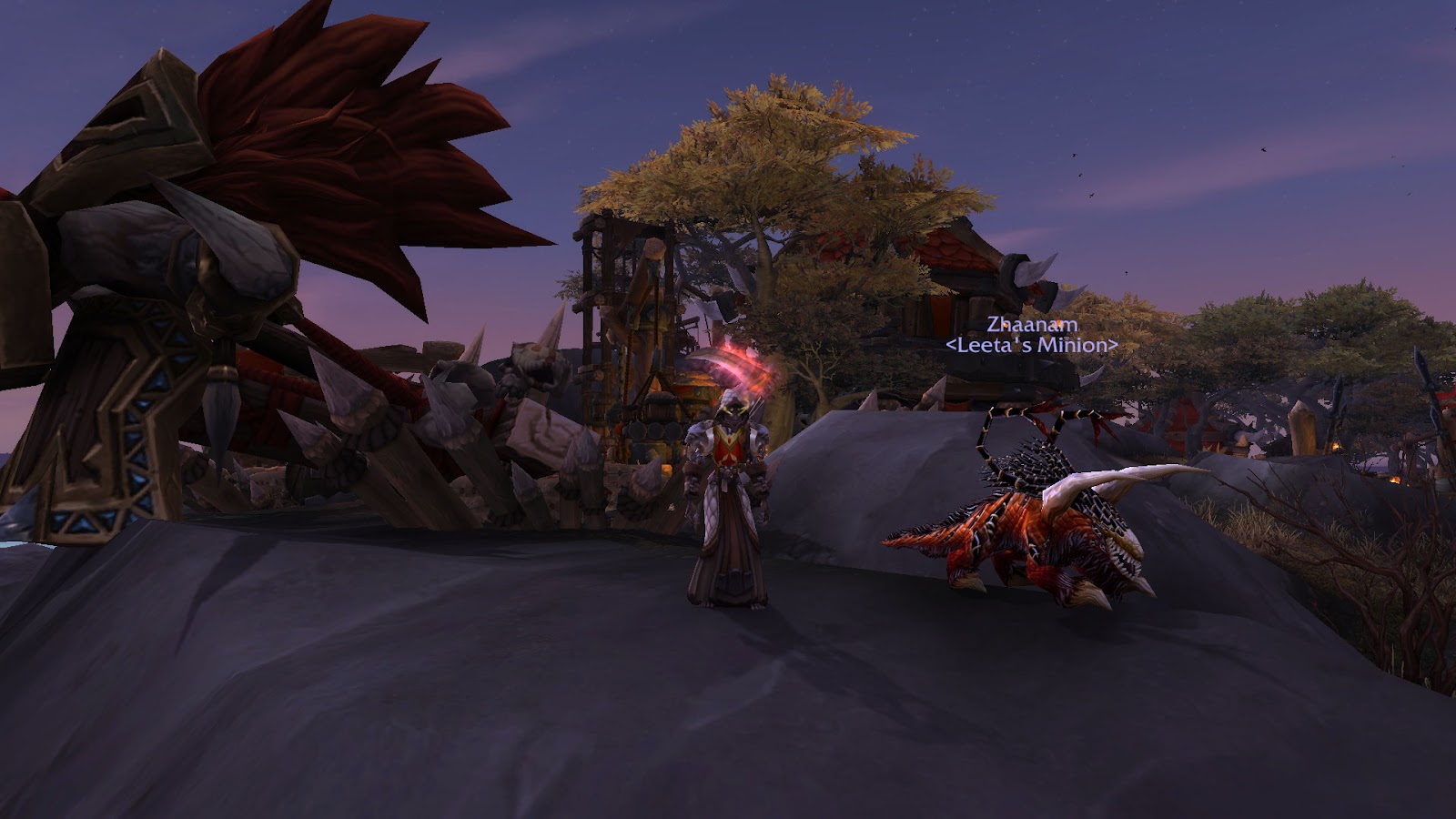 
Finally got Exalted with Vol’jin’s Spear!! 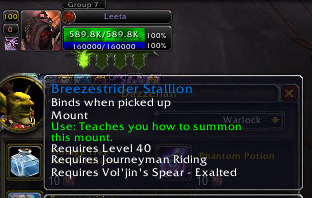 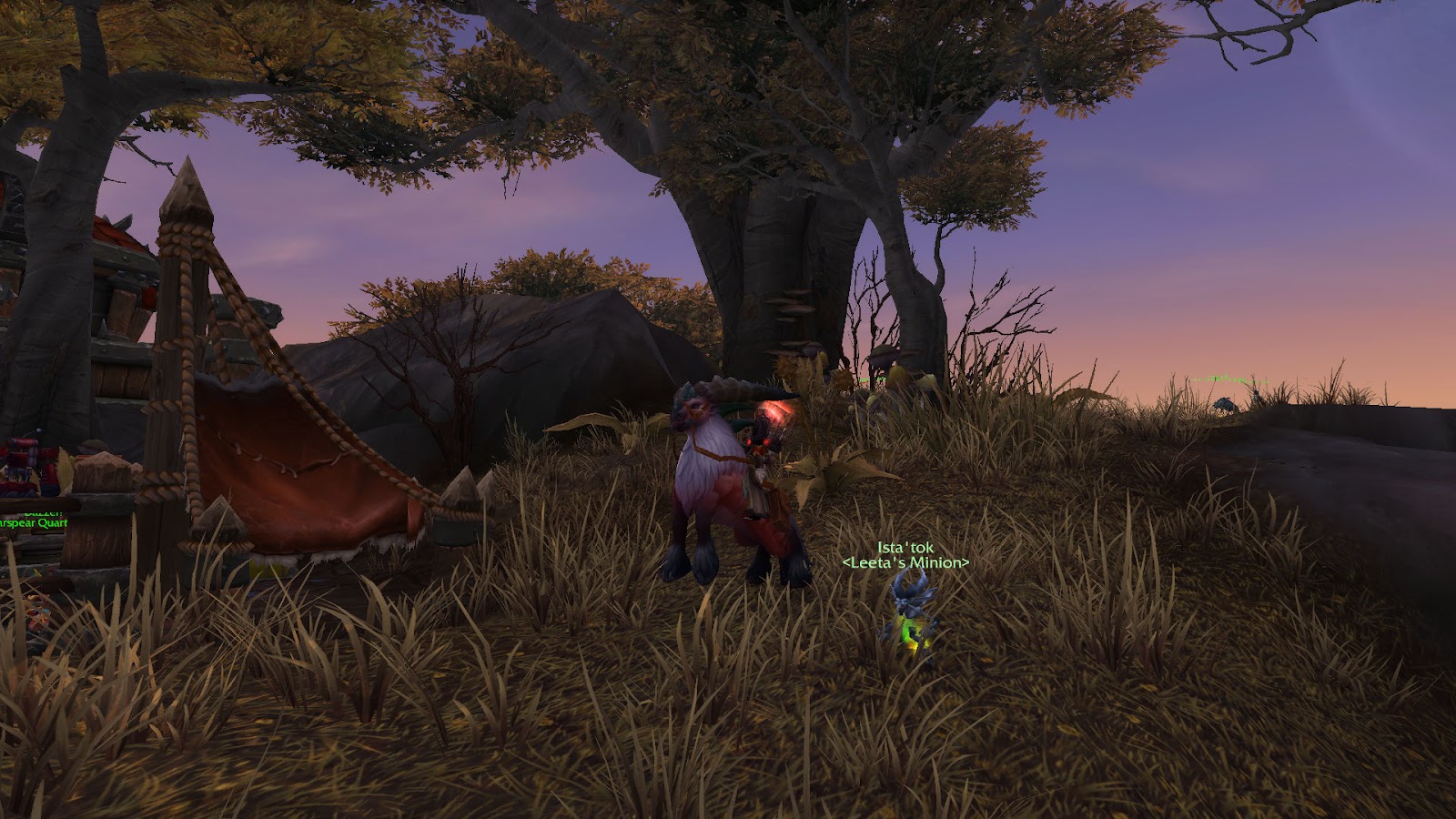 
Exalted with ALL Warlords of Draenor Reps! 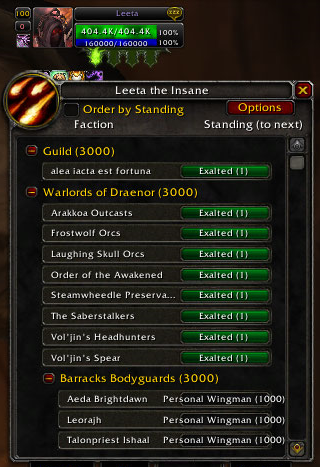 
Had 22 coins already in Leeta’s bank!
Did all Elders except dungeon ones!
75 coins and got myself http://www.wowhead.com/item=122340/timeworn-heirloom-armor-casing 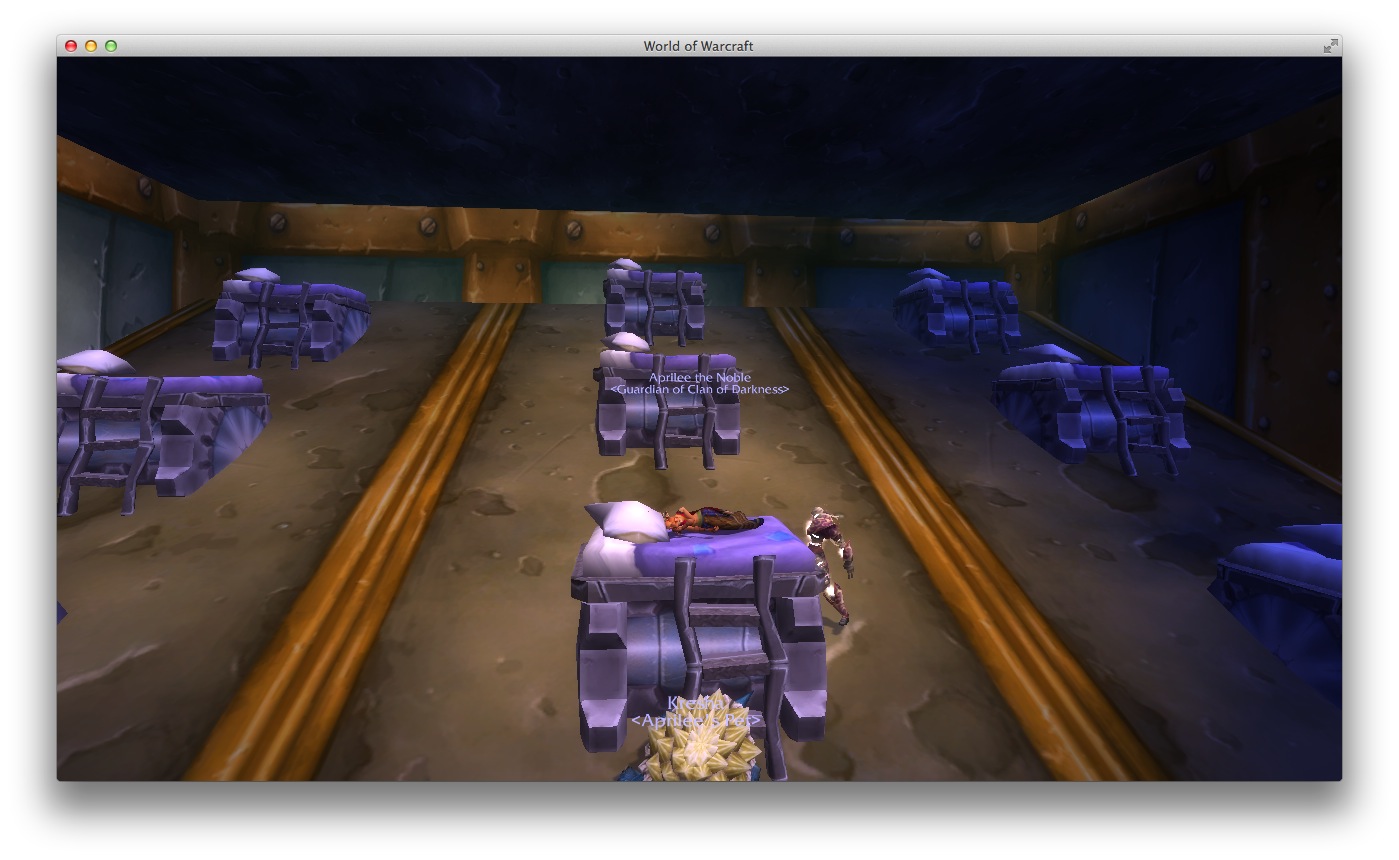 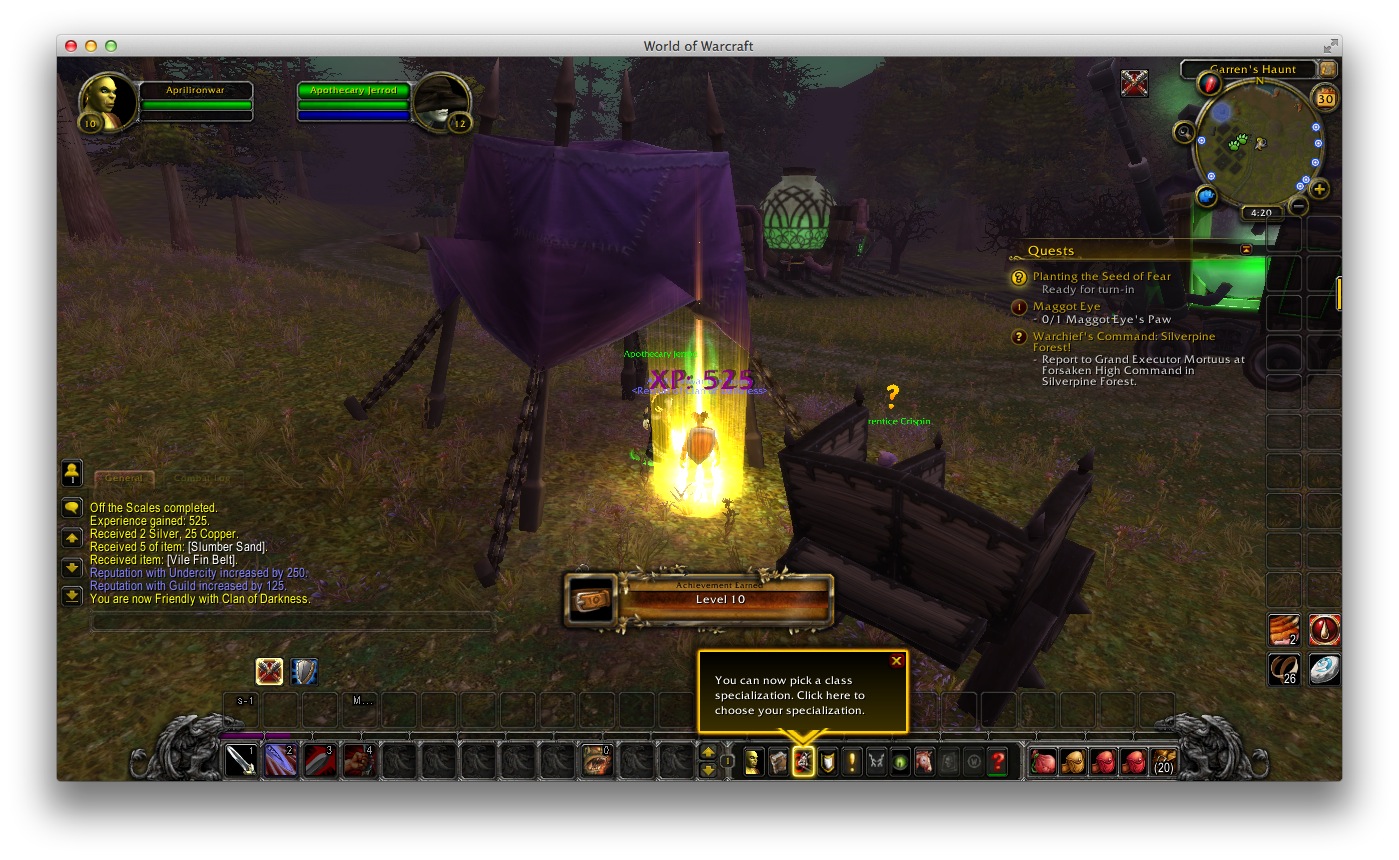 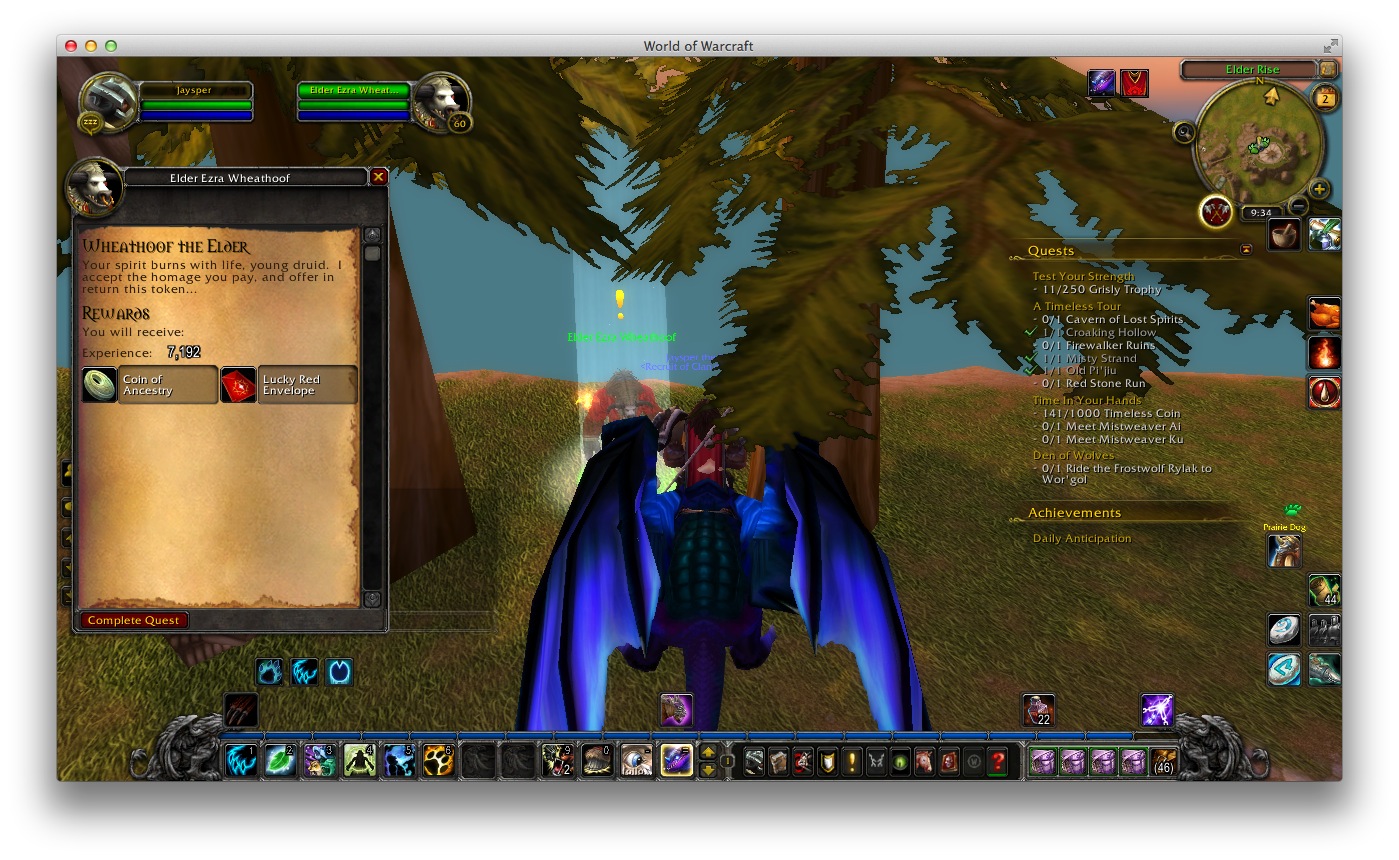 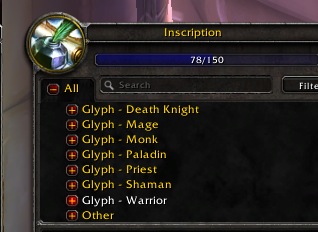 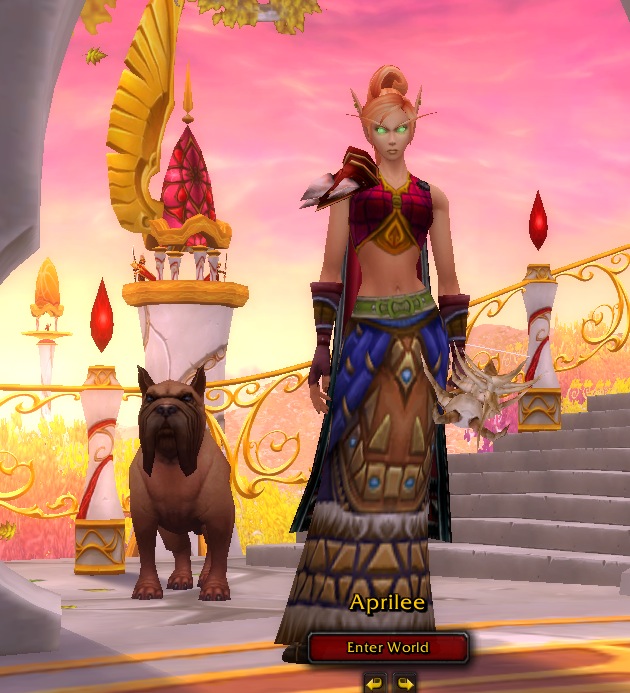 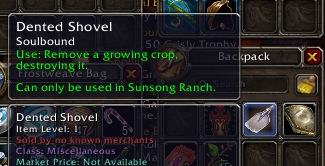 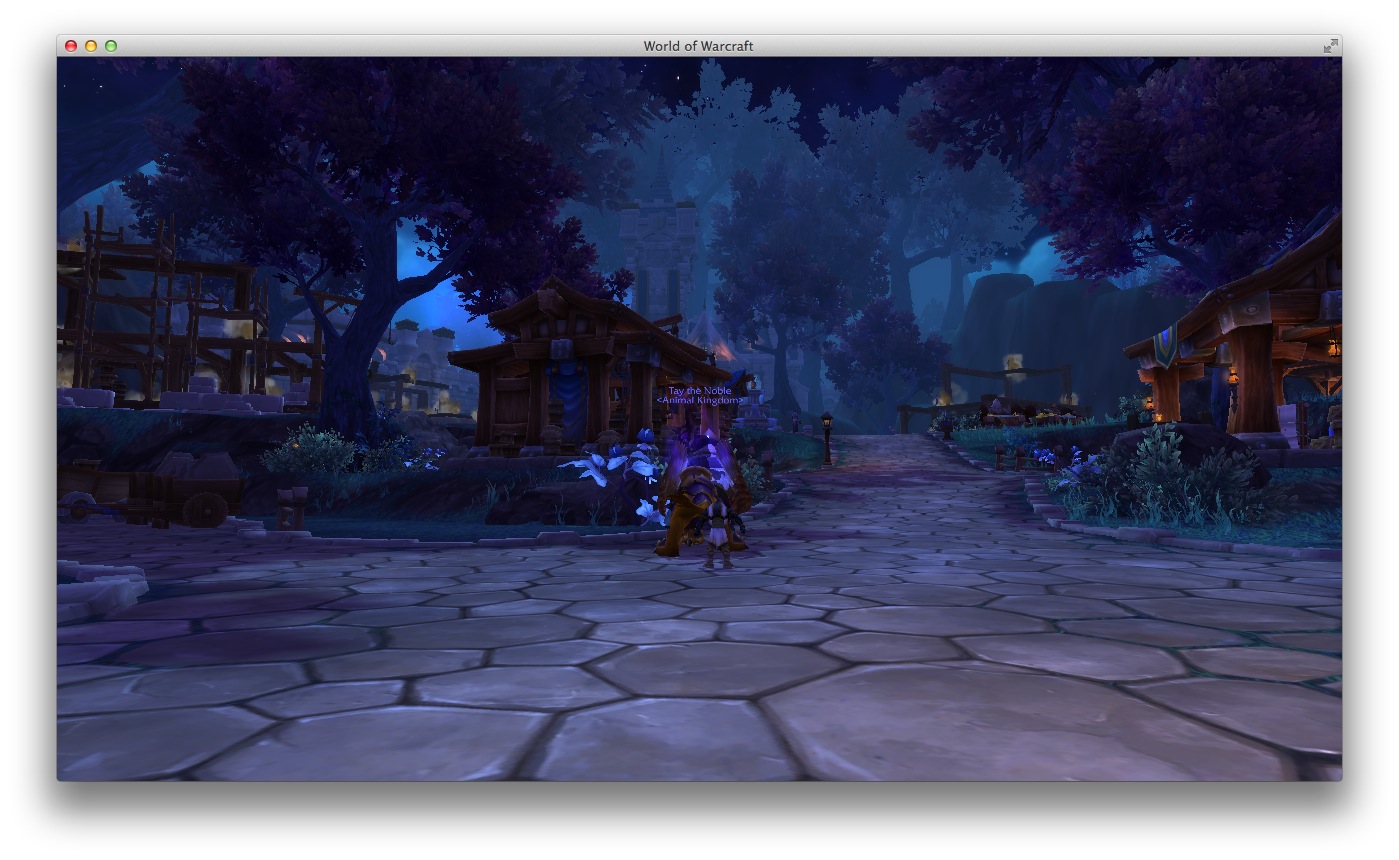 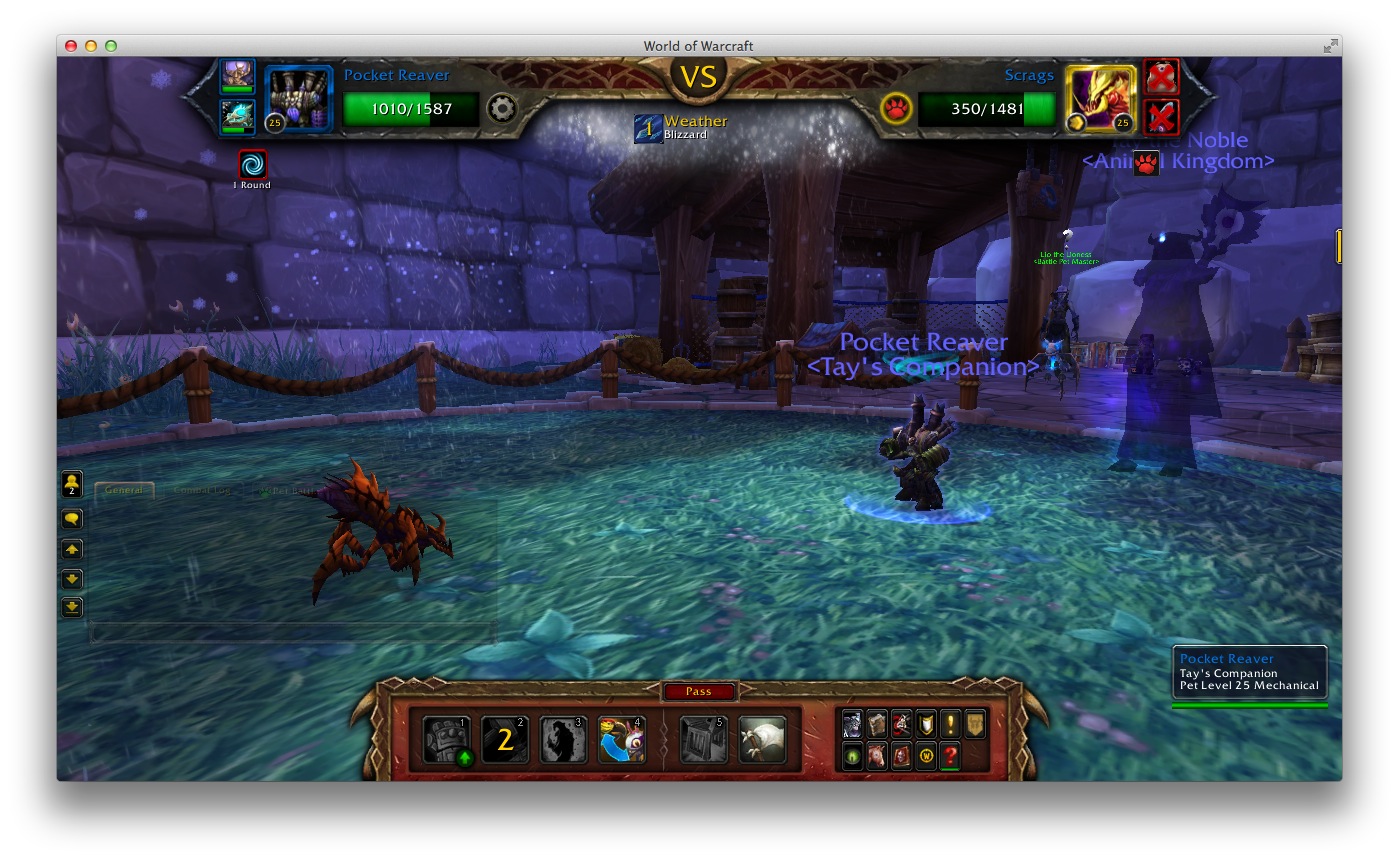 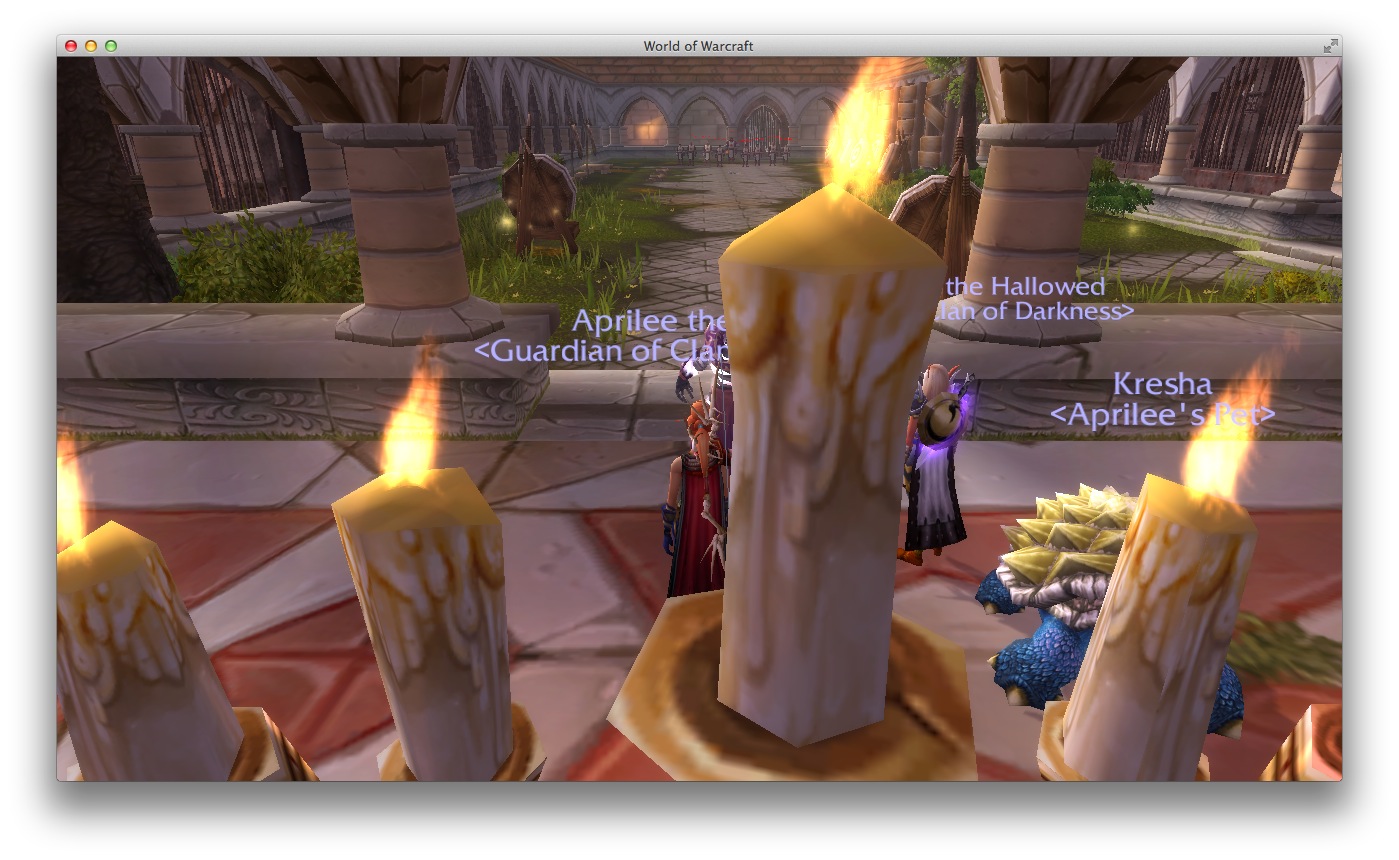 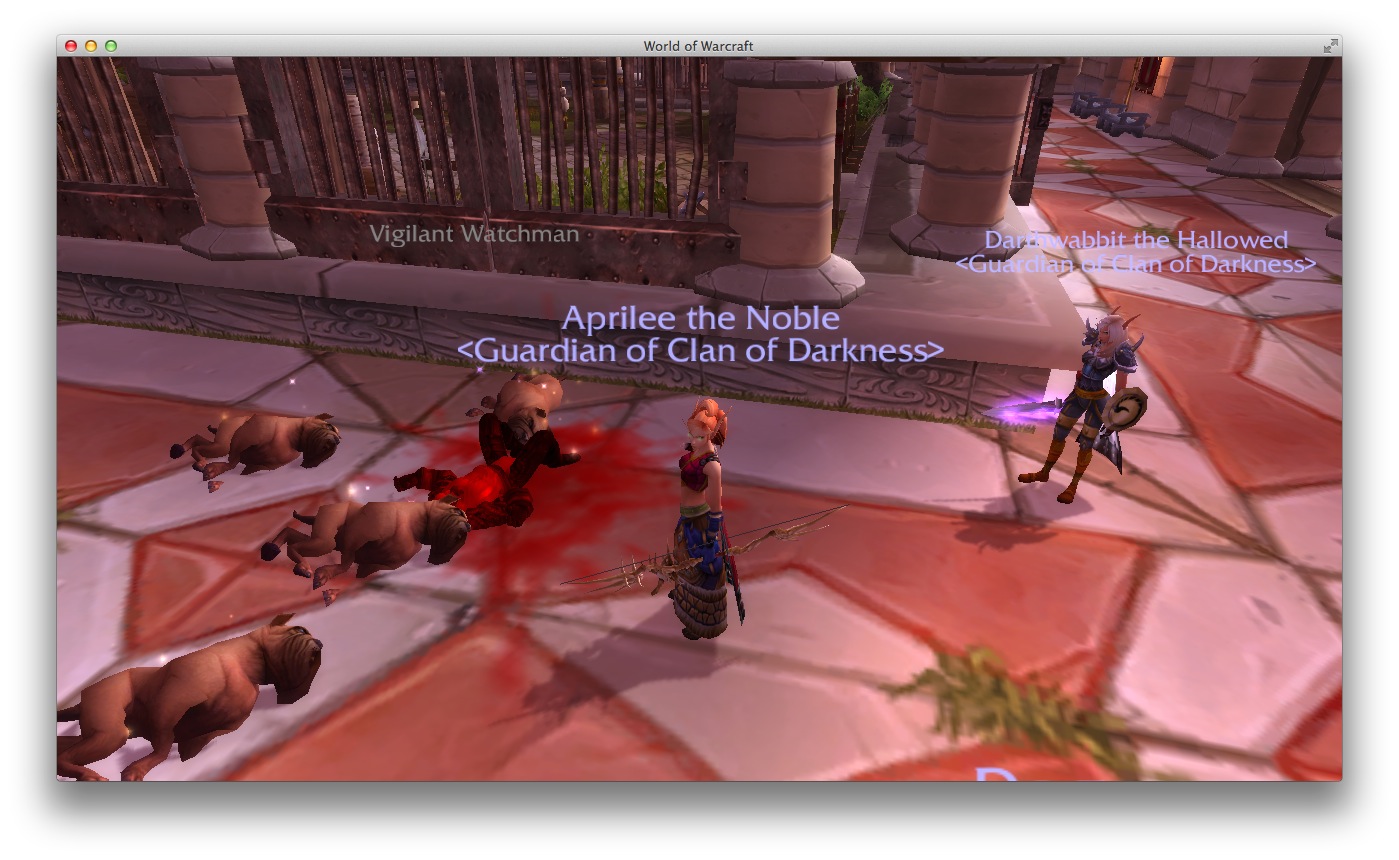 On our way to Scarlet Monastery via a little discovery and a death by cliff jumping. 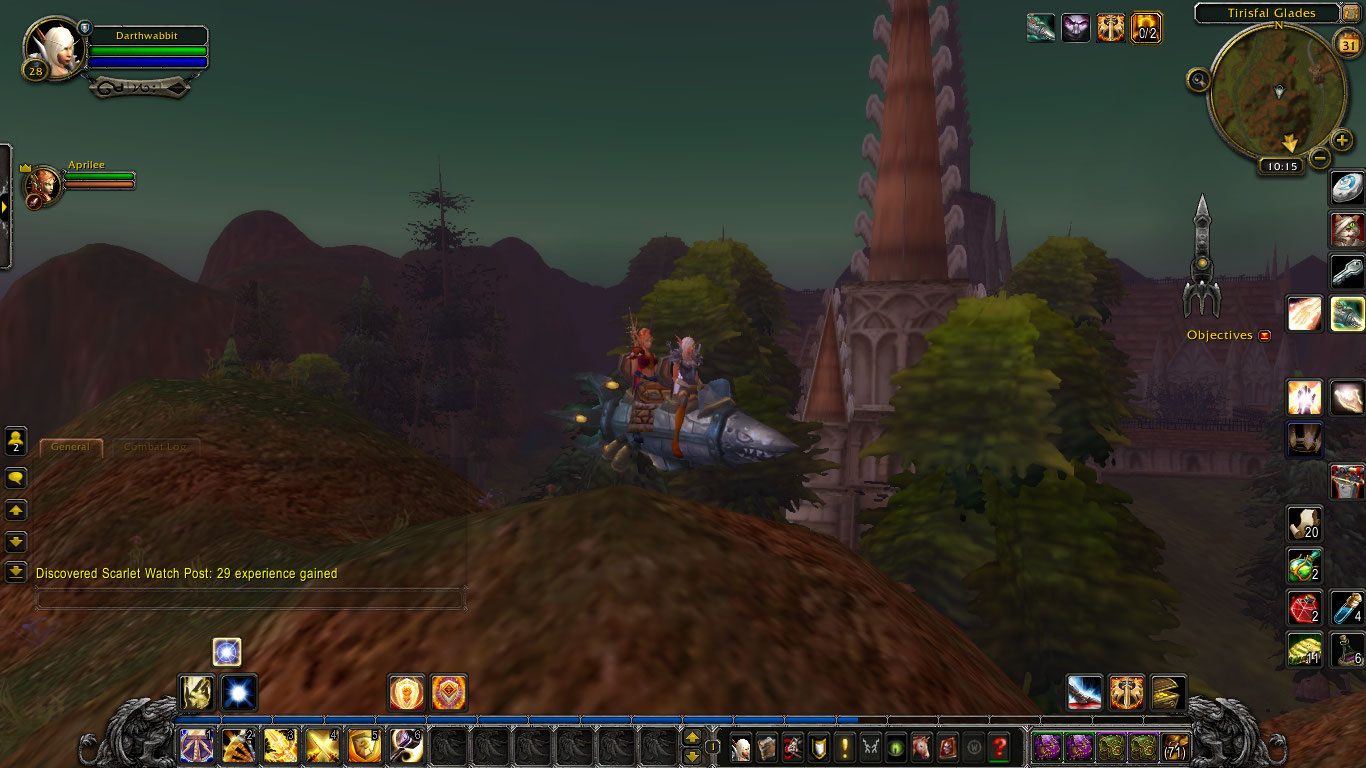 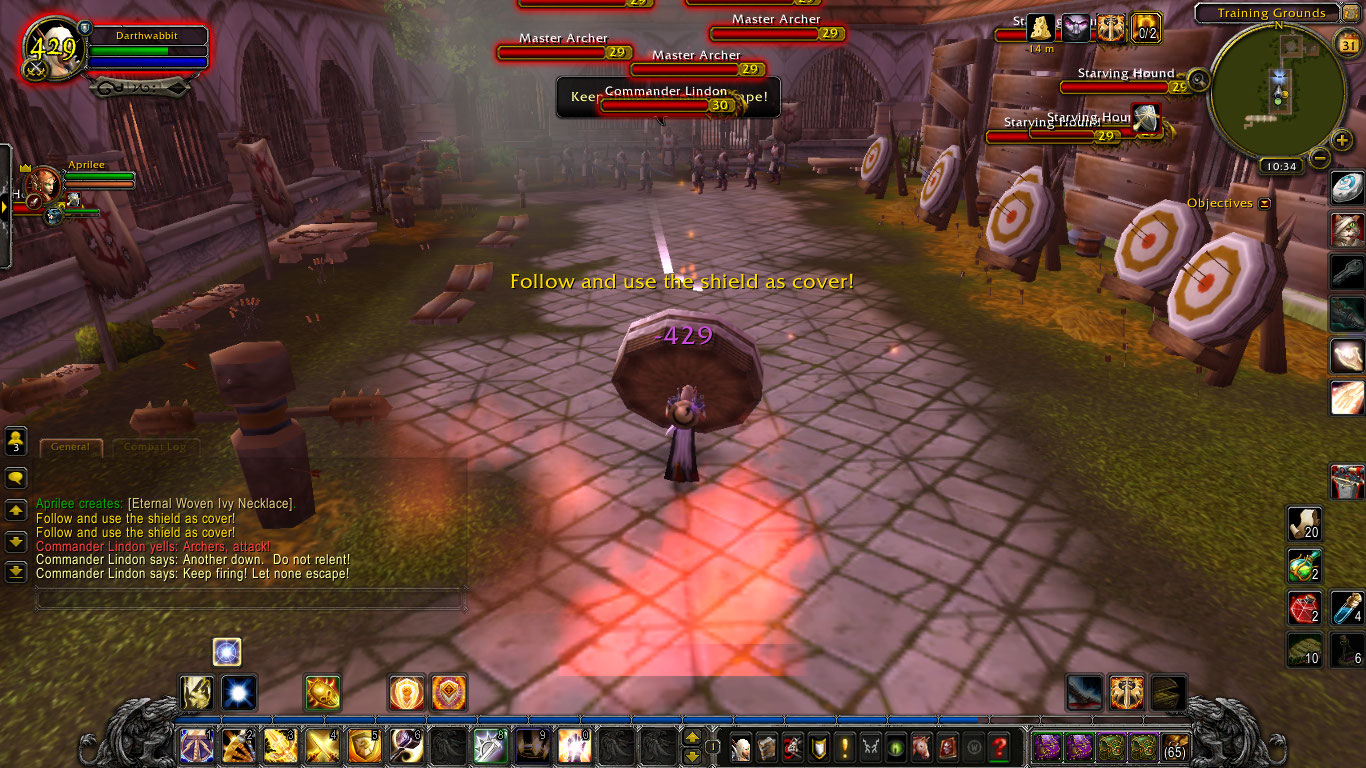 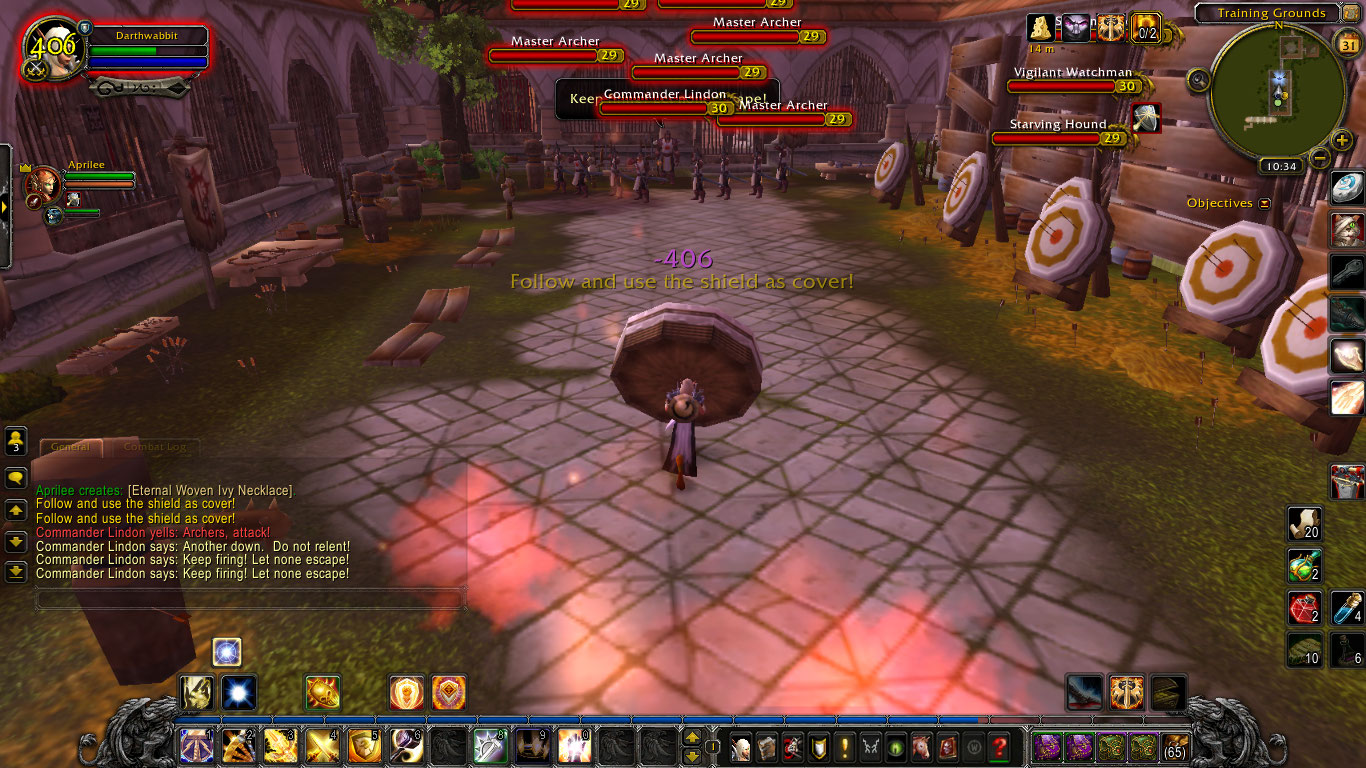 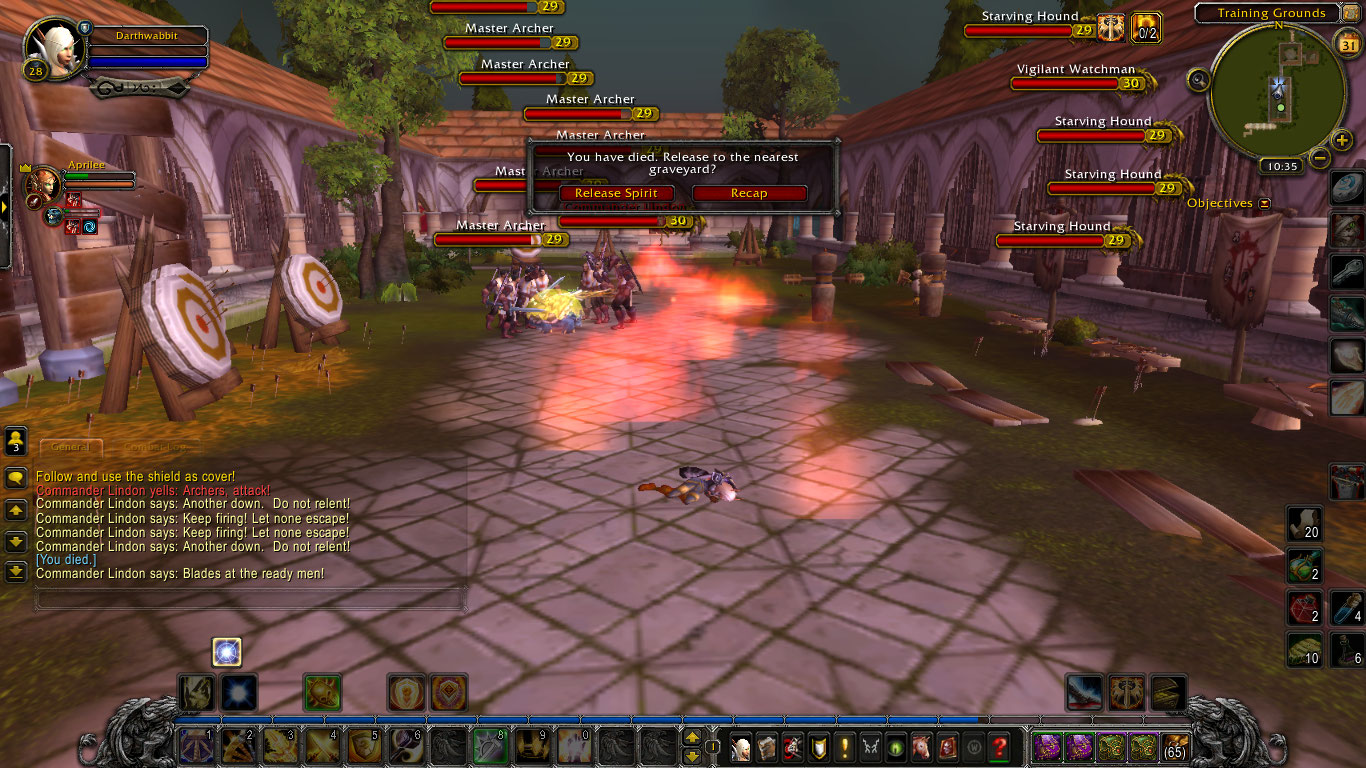 So, after fleeing for our lives, Gnomeregan it is ! And 4 levels each ! 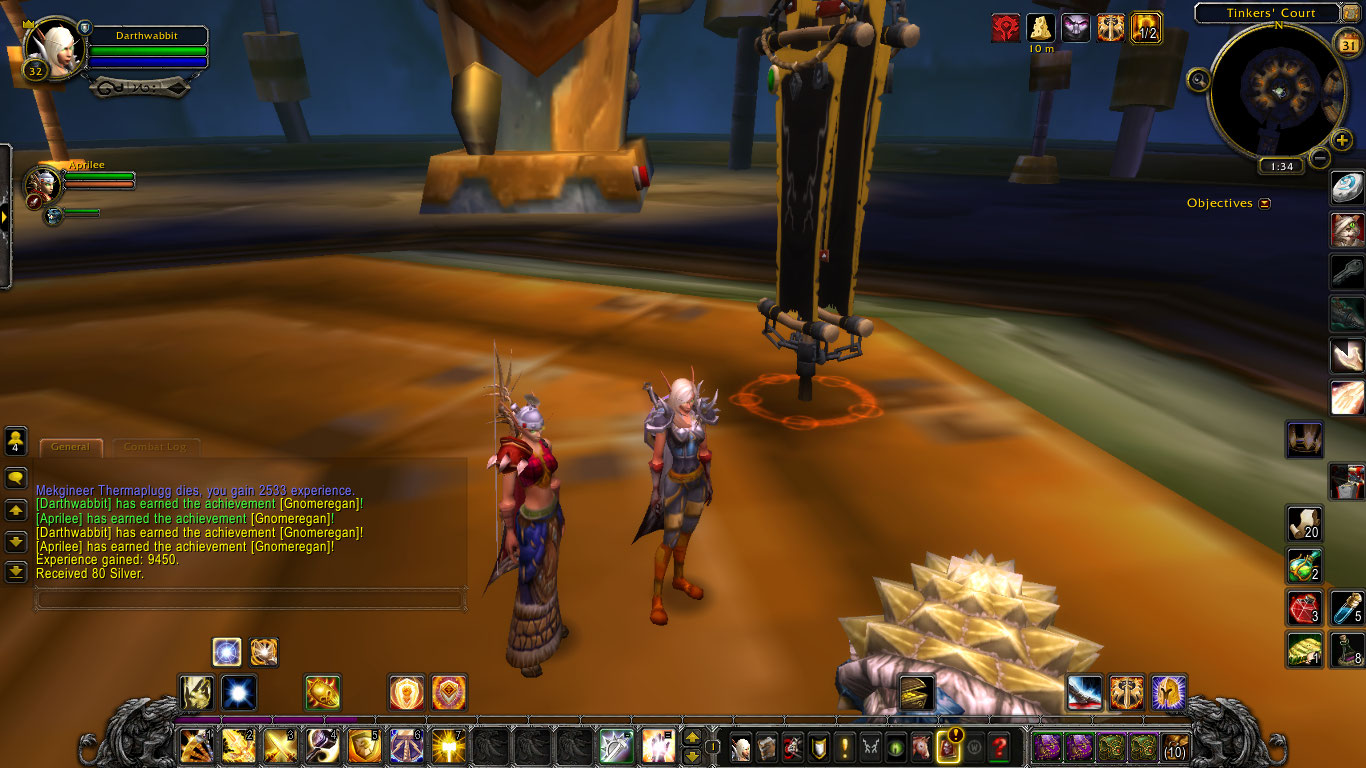 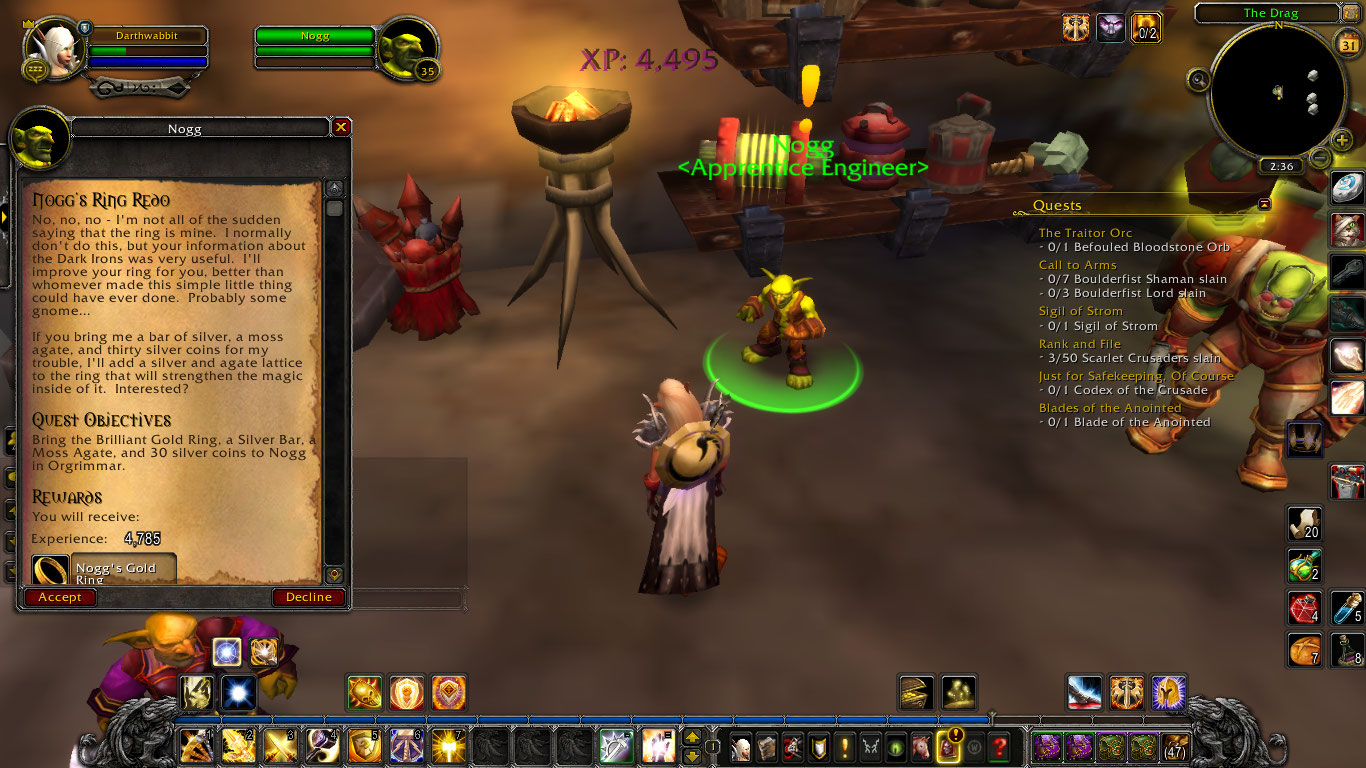 Back to the Monastery ! (so THAT’s what those buckets do !) 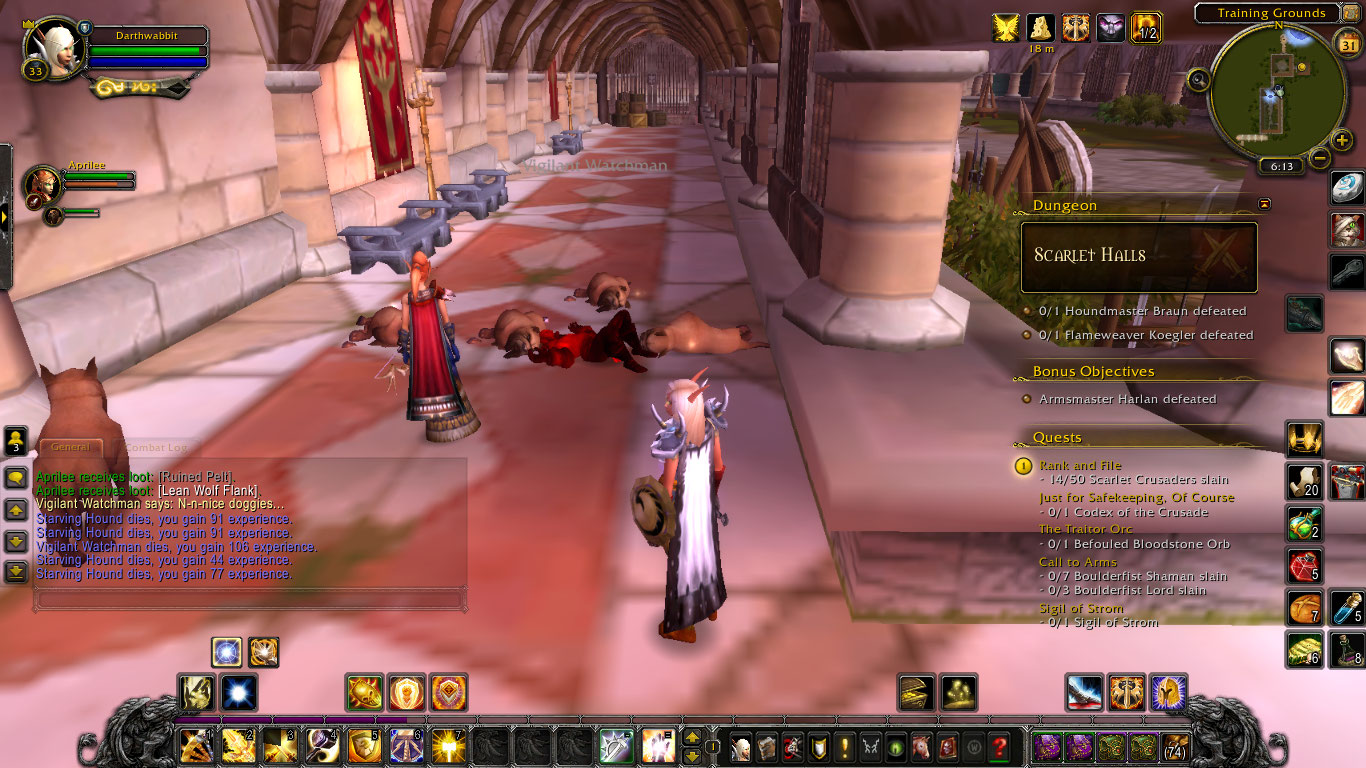 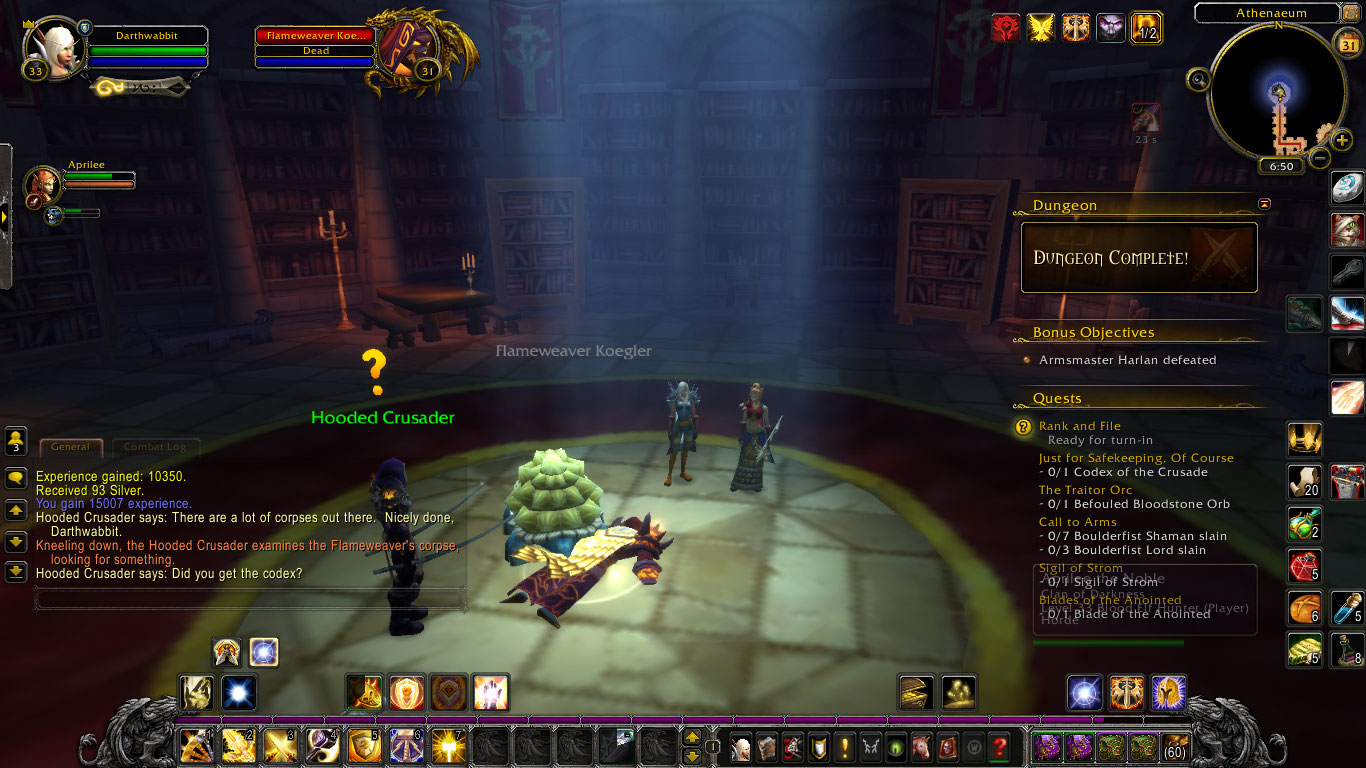 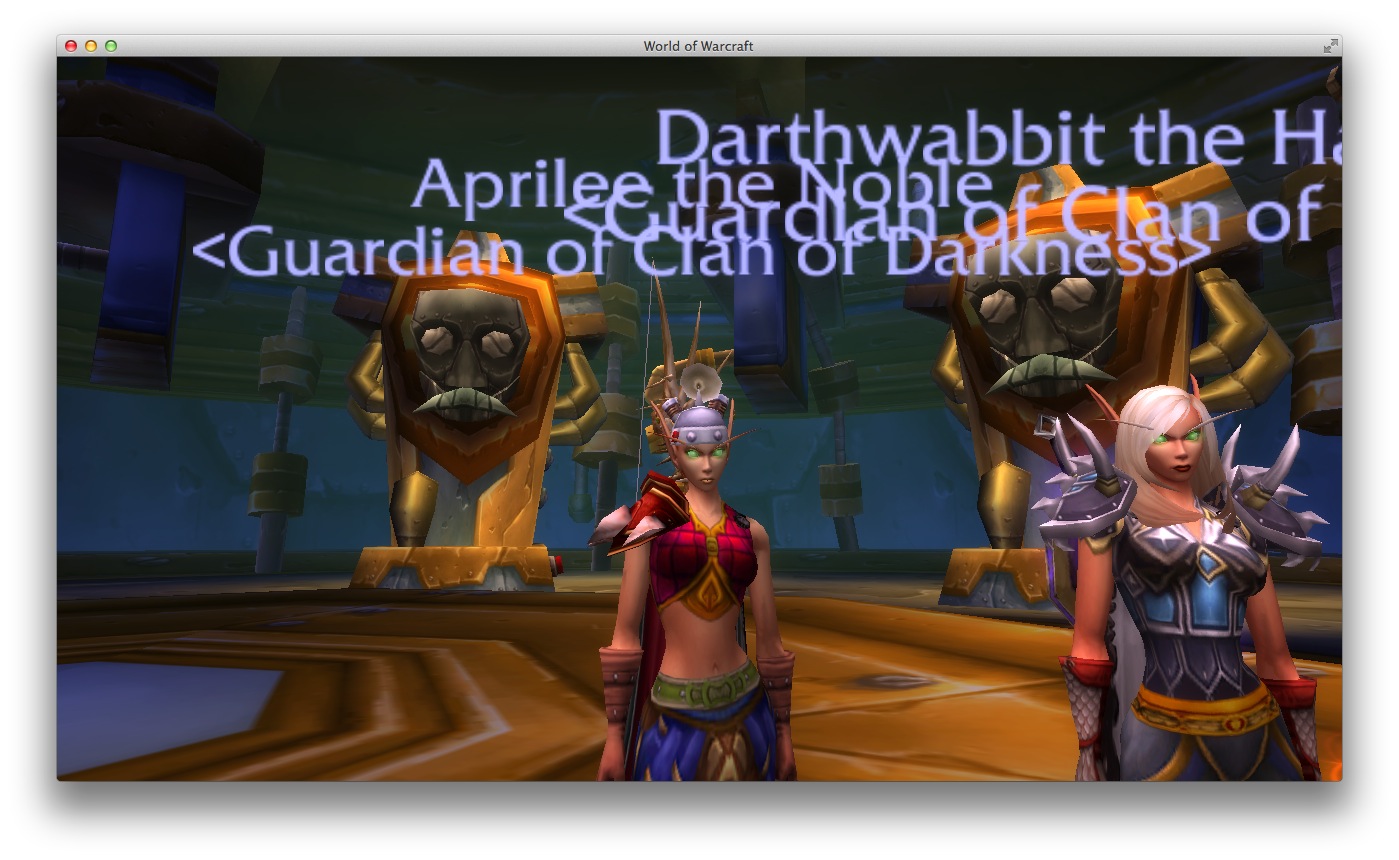 
I hope you've had a fun week, I had a real nasty flu for the last 3 weeks so no e-mail, the doctor gave me some tablets to help with nausea so much better this week.


So this week I went adventuring into Battlegrounds and with some sound advice from SpankyHunter I decided to try PvP on an alt, my shadow priest to see what all the fuss was about on healing in battlegrounds.  I figured out some of the not too complex mechanics and fell into a few exploits that I will detail in second half of the e-mail.


My rogue had an epic battle on twin peaks, battle tied at 1 flag each, horde will win with less than 4 minutes on the clock so I rallied the troups and told them they have 4 minutes to cap or it becomes a horde victory since they got the tie flag in last.  A gnome mage grabs the flag and he ran with it, I'm thought they were going to 1 shot him but he made it up the ramp with 10% health... I'm was in hot pursuit to try and protect him, meanwhile I killed 3 players in the process and I came round the corner to face this massive DK with a lot of health on him, I figured just like the Big G, this guy was going to 1 or 2 shot me cuz I burned all my CD, the mage was very nearly dead and if he dropped the flag it's would be over: there was 44 seconds left on the clock.  So I blinded the DK and he began dancing in circles with his army of the dead in a big circle dancing around him, 6 alliance came round the corner, the mage got away and the DK died in about 2 seconds from all the AoE.  We capped, the day was won!  This time anyway.


So happy with that victory I switch to my Holy Priest I figure why not give BG's a go on this alt even though the only piece of pvp gear I own is bracers.  Stun-silence-die.  Rinse and repeat, most of the time without being able to get a cast off, usually 2 to 4 stealth characters focus my healer down, well I get why the "Healers Have to Die" addon is a thing.  So I requeue this time on my off-spec Shadow Priest, seems the addon doesn't paint a sign over my head cuz everyone is ignoring me for the entire BG, zero deaths.  Temple of Kotmogu, we only have 1 geared player on the team, a human hunter, so I stay 2 steps behind her, occasionally a rogue pops up and I put shadow word pain DoT on the rogue so the vanishing trick doesn't work, and I start to notice how people are slacking off.  They don't bandage when hurt, They don't eat food, they stay at the very edge of the healer's range, they wait for the healer to be attacked before putting out AoE, and after they die, nobody buffs.  I'm thinking to myself that the action can not seriously be that complicated!  So I buff people 5 times to remind them they should just push the buff button when they spawn yay we're winning.  The horde team has 4 healers but their damage output is low, so I can spot heal in shadow spec even though I run out of mana sometimes... I open my bags and notice I didn't bring food, "what a dummy!" I think to myself : have to wait for mana bar to fill back up.


Even my poorly geared shadow priest is getting some epic wins, when trouble starts I cast mass dispel or the Healing Nova talent spell, usually fixes the problem right there.


I don't know what to do when I see an exploit, I think there are some genuine flukes, but at times people abuse unreported problems, here are a few examples :


-Yesterday after, I fought against a Tauren druid with 800,000 health, I don't care how much PvP gear you put on at this point in the expansion, there is no way you should be able to buff yourself to 1,000,000 hit points with your druid and fight off 7 attackers while immune to all stuns, obviously he came from a buffed Ashran and the stacking buff did  not tick off when he entered the BG.  Ancient Artifact in Ashran doubles your damage and has that kind of a buffing effect on the player holding it.


-A friend of mine and I were attacking a hunter + shadow priest in an arena 2's.  my friend 2 shot the priest, the hunter 2 shot my friend, and I tought oh awesome 1 v 1 rogue vs. hunter this will be fun.  When I got the hunter to 30% health, the priest popped back up after being dead and 2 shot me.  It found it unpleasant that he somehow used a toy or a warlock soulstone to get back into a game after his sudden death, I cant report him, I don't even know his name or what server the worgen was from.


-My hunter friend I just mentioned went 1v1 vs another hunter after I died and the other hunter's buddy died.  It was epic, they just steamrolled at each other, popping deterrence, feigning death disengaging, blinding shots, just very very murderous gameplay... the match ended in a tie.  I've never seen a tie in arena 2's, and I've been doing arenas for about 3 years.


0-I did silvershard mines on my shadow priest, just when the tied of battle turned in our favor I got disconnecting after casting a mind control, you might think oh how unfortunate, the problem with that particular bg is that we had zero healers, so every body counts, and we got the banner + shield buff that grants extra honor, letting you know that 2 or more people have left the BG, seriously, if a team score is starting to tick up to balance the scale, it's not a good time to disconnect as someone who can spot heal... I had my authenticator neaby and I know my password by heart, so I was back in the BG in 8 seconds before the server boots me and gives me a 30 min deserter debuff, we won that BG by a single cart.


-When I go into battleground I bring, Agility flasks, I bring healing tonic, I bring antiseptic bandages, and I bring goblin glider kits... I use and abuse every advantage my professions grant me because it's like high end raiding, if your team is geared, you can 1 or 2 shot people, just a matter of how tenacious you are.  You can use up all of those items in the space of 30 seconds just to stay alive and keep fighting.  Rogueslayer ironman stories kinda prepped me for having less than 5% health, cheating death and getting back in the fight to score the kill at the very edge of dying to whichever player can get 1 more hasty hit in.


-Yes glider Kits are annoying when the other team has a good angle on using them against your team, just remember everything is subject to change in The Legion, so use all the tools in your utility belt while the belt is still attached to your body and not floating away from your severed spine.


-There will be no combat rogues after the launch of Legion, I figure patch 7.0 will have an introduction to the Outlaw Spec, I understand that Demon Hunter startup PvP play would be tuned wrong if Combat Rogue could 2 shot them with a Killing Spree when they fly up into the air and try to Kite away from them... Just so you know, my future outlaw Spec will have a few tricks up the sleeve for the Demon Hunters who think they've seen it all, I promise.  I used to fear monks, that is no longer the case :D


If you're never tried tanking or Healing in a Battleground I approve that you give it a go, you will look at your role differently after the experience, or try it on a different faction, you will see why the map favors a different order to things than what you are used to !!!


That's all for this week,


48 hours and counting
Still no internet but it's close so close and not a moment too soon what I have spent on pre paid internet is just scary. Well I played a lot of Hearthstone again this week on got Xcom 2 today so that ate up most of my Friday shout out to el jelly hopefully his run though is better than mine.


Sorry for the lack of an audio last week. It was too late to send it by the time i remembered. i should be online a lot this Sunday so see you in game or possibly the chat room tonight.


1/ Submit an entry about your best fishing stories in Azeroth. It can be a true in-game fishing story or a tall tale!
2/ Write an email or record an audio and send it into CAW before or on Ep460.
3/ The winner will be announced on CAW’s Ep460!
4/ Please make sure that you have a toon in Clan of Darkness on Earthen Ring US - to make it easier for your prize to be given out.
5/ Please put CAW Fishing Competition in the subject line.