Hello CAW darlings! I hope you're all doing great! I am sick...so tired and coughing, coughing, coughing! So I'm not doing audio today, but wanted to say hi! We had an absolute BLAST on our heavy metal cruise, even though we were sick the whole time. So now it's just recuperating time, I guess. I hope to chill & play some WoW this weekend! And can I just say......JEPPY!!!! Jeppy Jeppy Jeppy!!! So great to hear Jeppy on CAW again! Please don't let him escape! Hehehe!

1/ Last week I was living it up on the Gold Coast! Having a girls weekend with Natanie! :D *Audio* 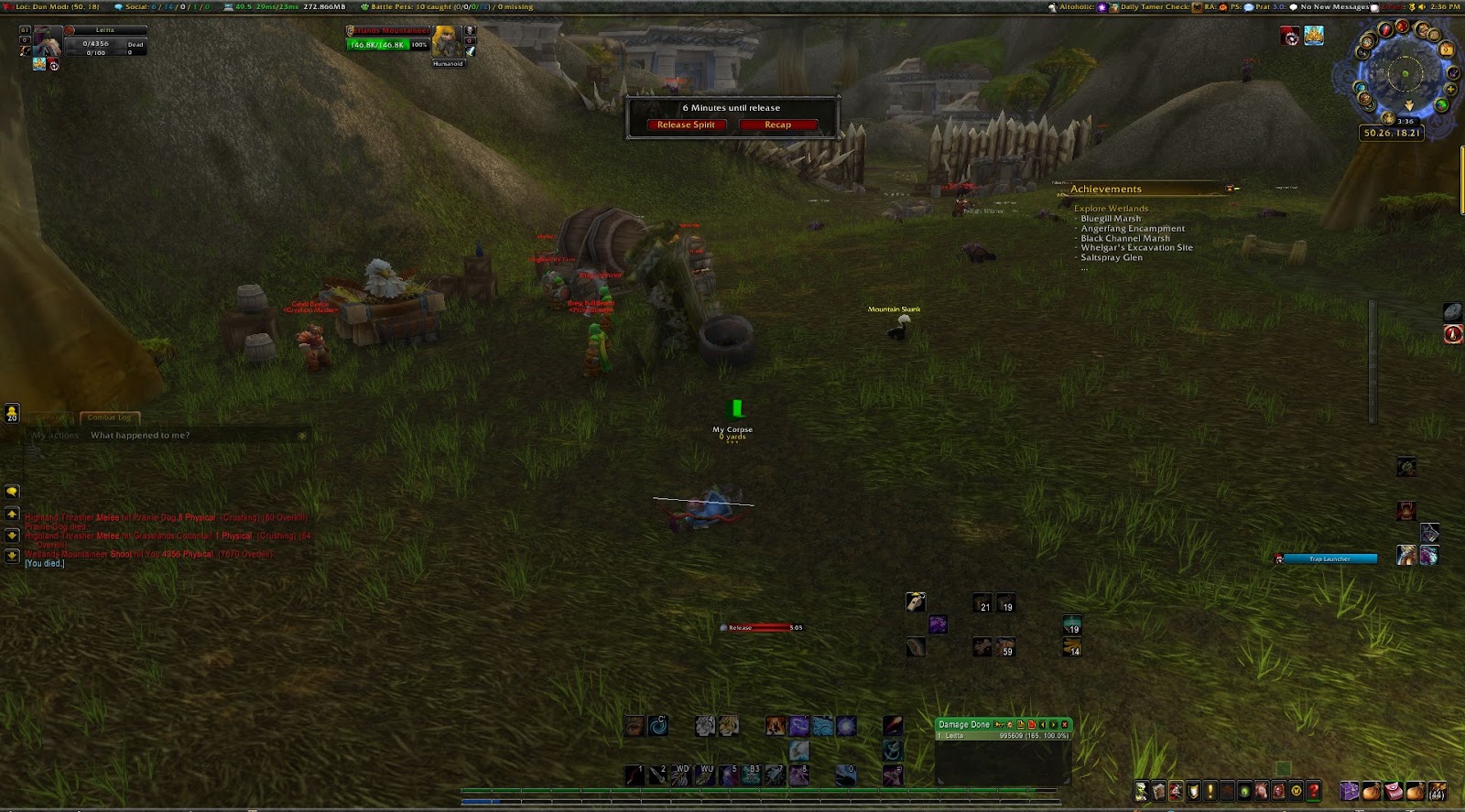 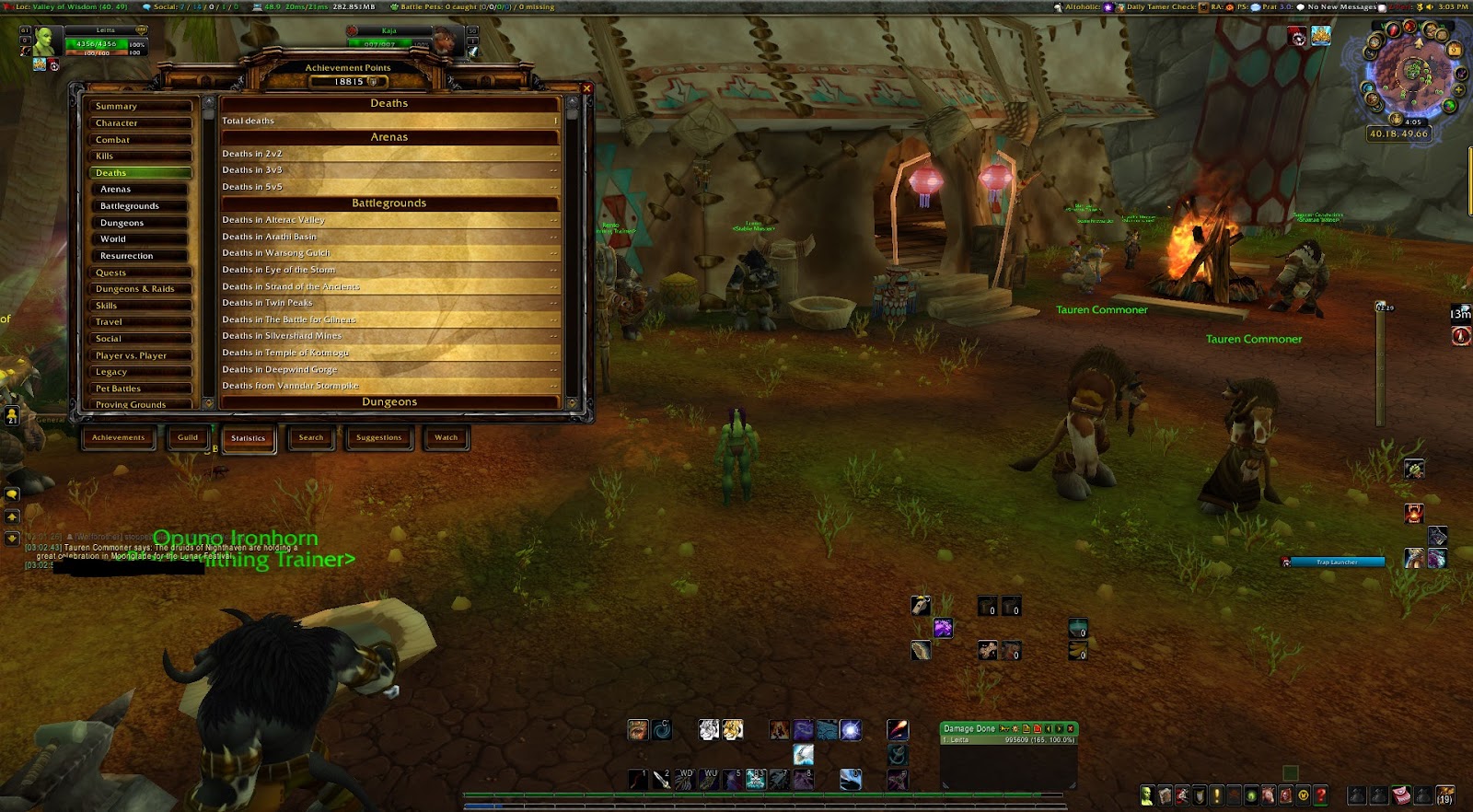 3/ Warrior - Goblin - Lvl96 - 100
Rapid Mind Elixirs and treasures = 4 levels in less then 45mins!
4/ Alliance Leeta - Exodar rep!
Found I was 2 mounts short of my Alliance so decided to fix that issue! Had all the other Exodar mounts so seemed was weird I was missing these 2!
Debated as to rolling new toon or take my 100 to do it!

5/ Ashran
Nemesis - Night Elves - 261/500
Get so many honor points I decided to get some PvP Transmog items! 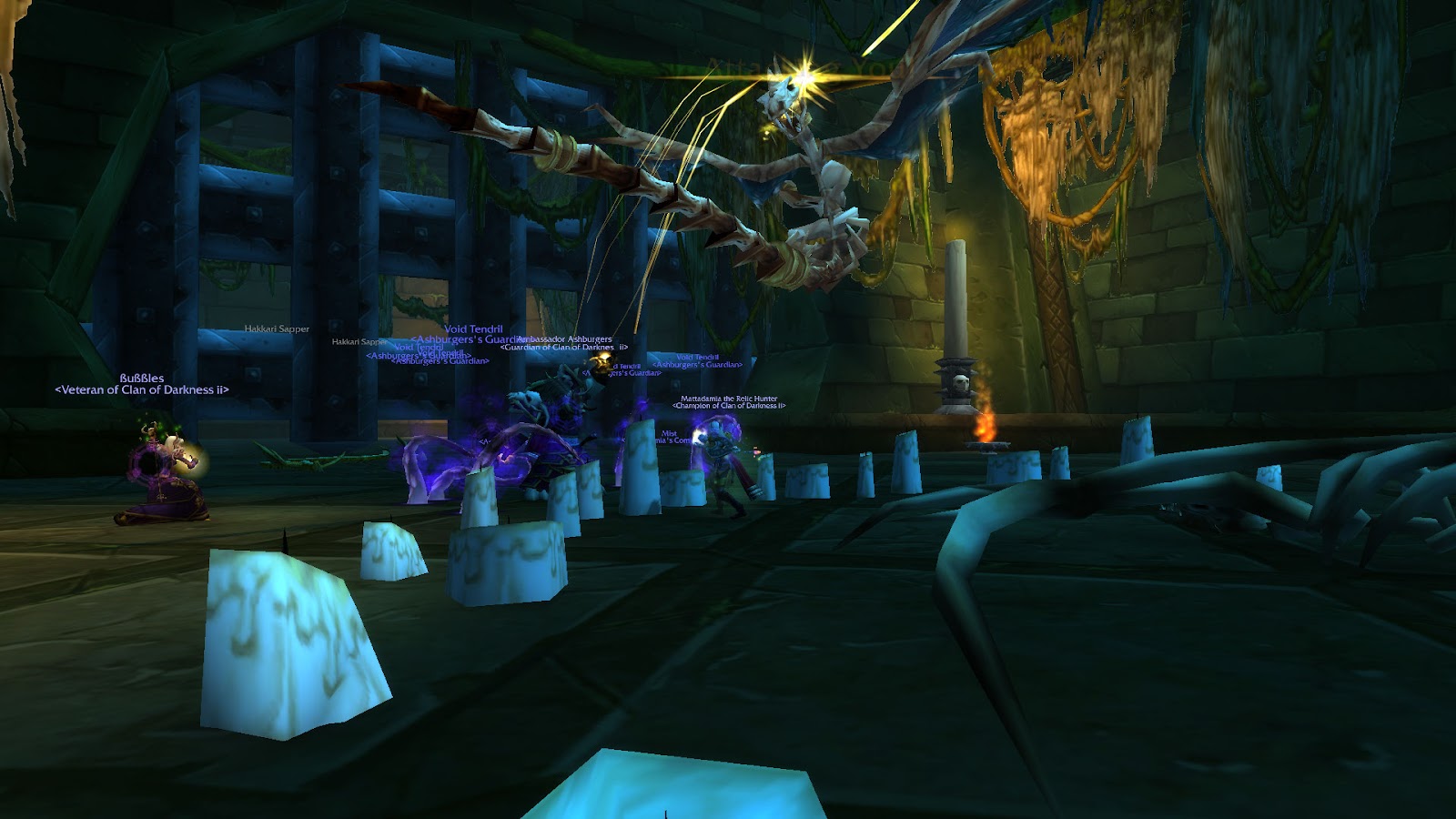 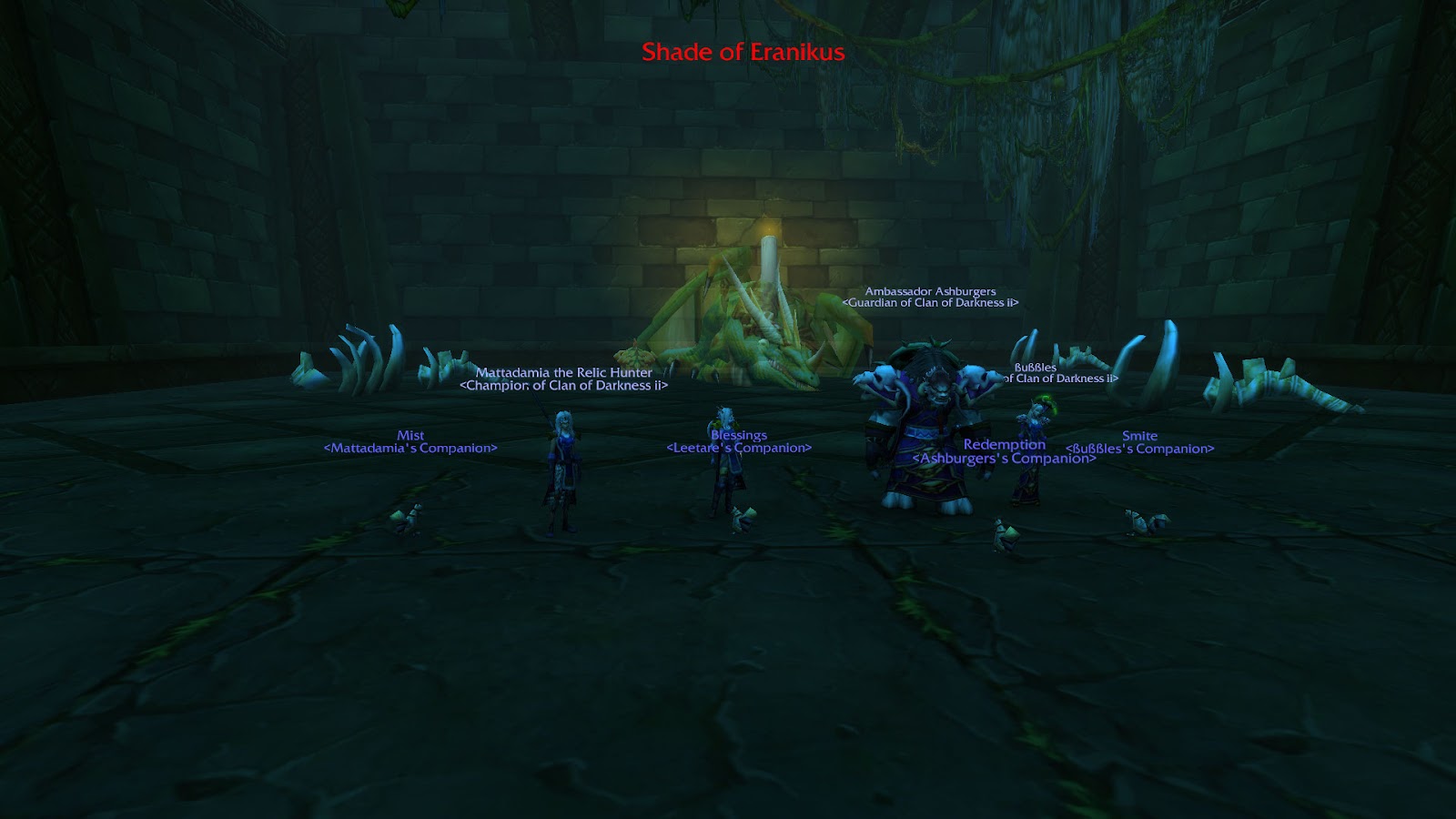 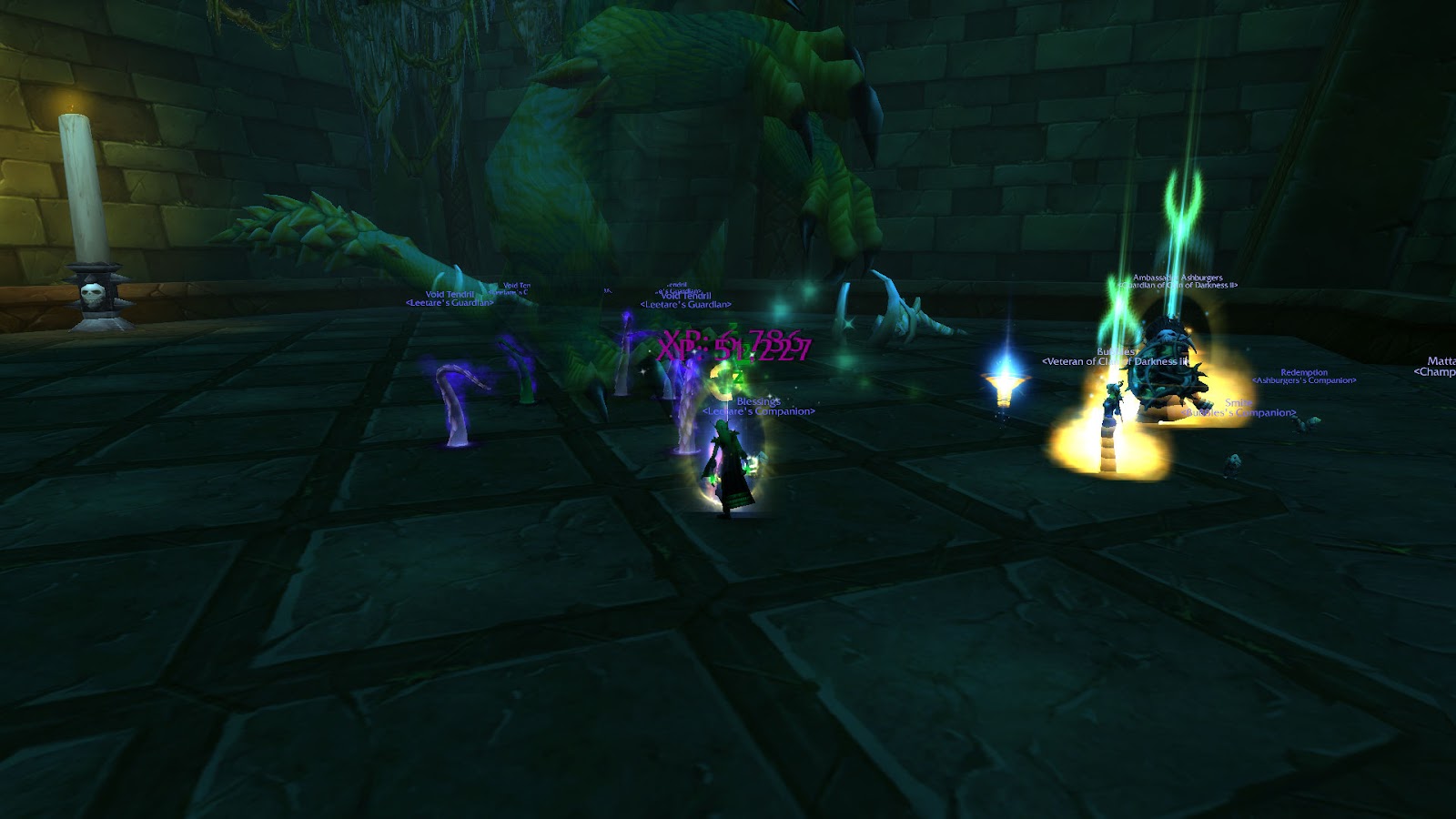 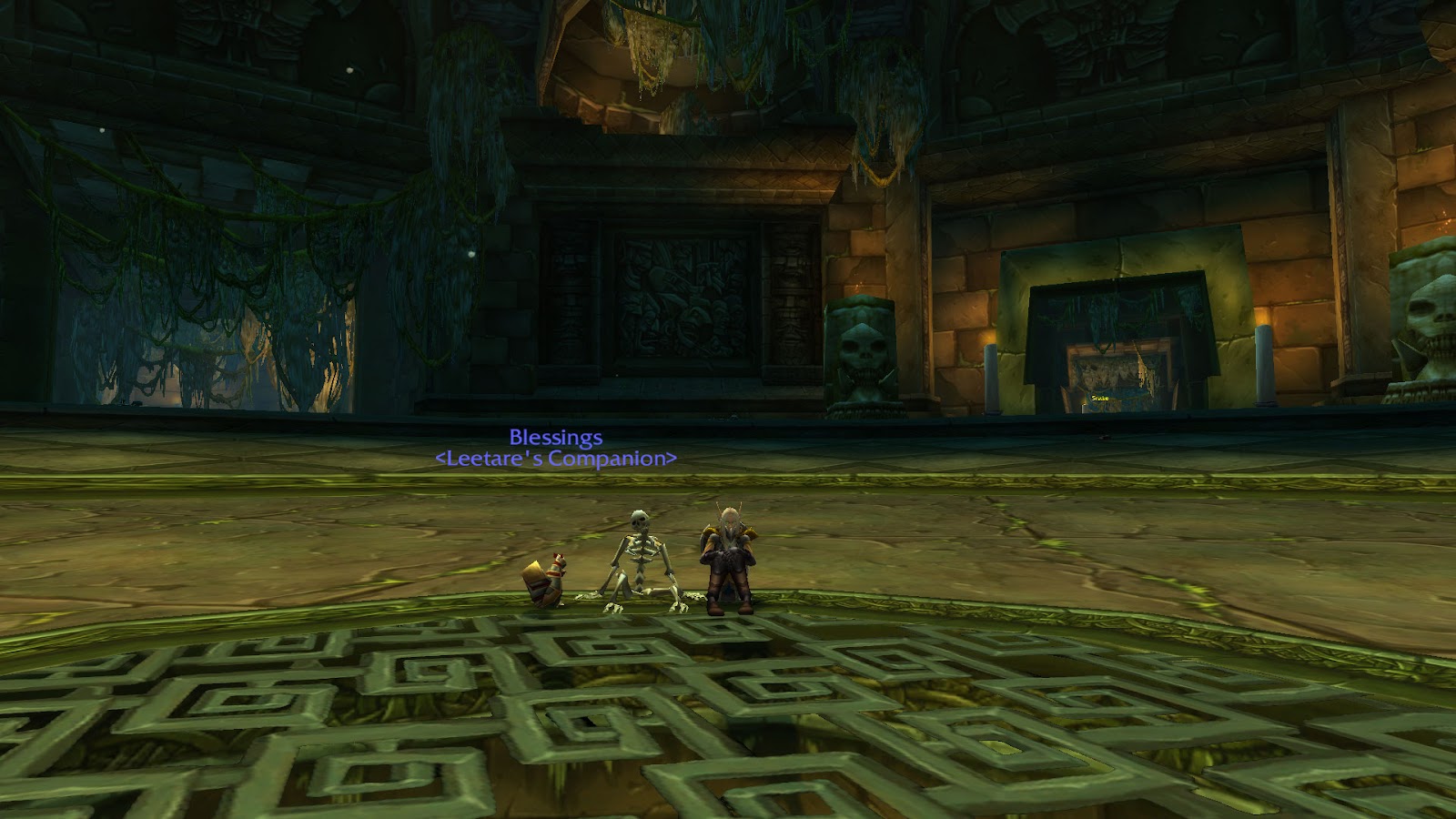 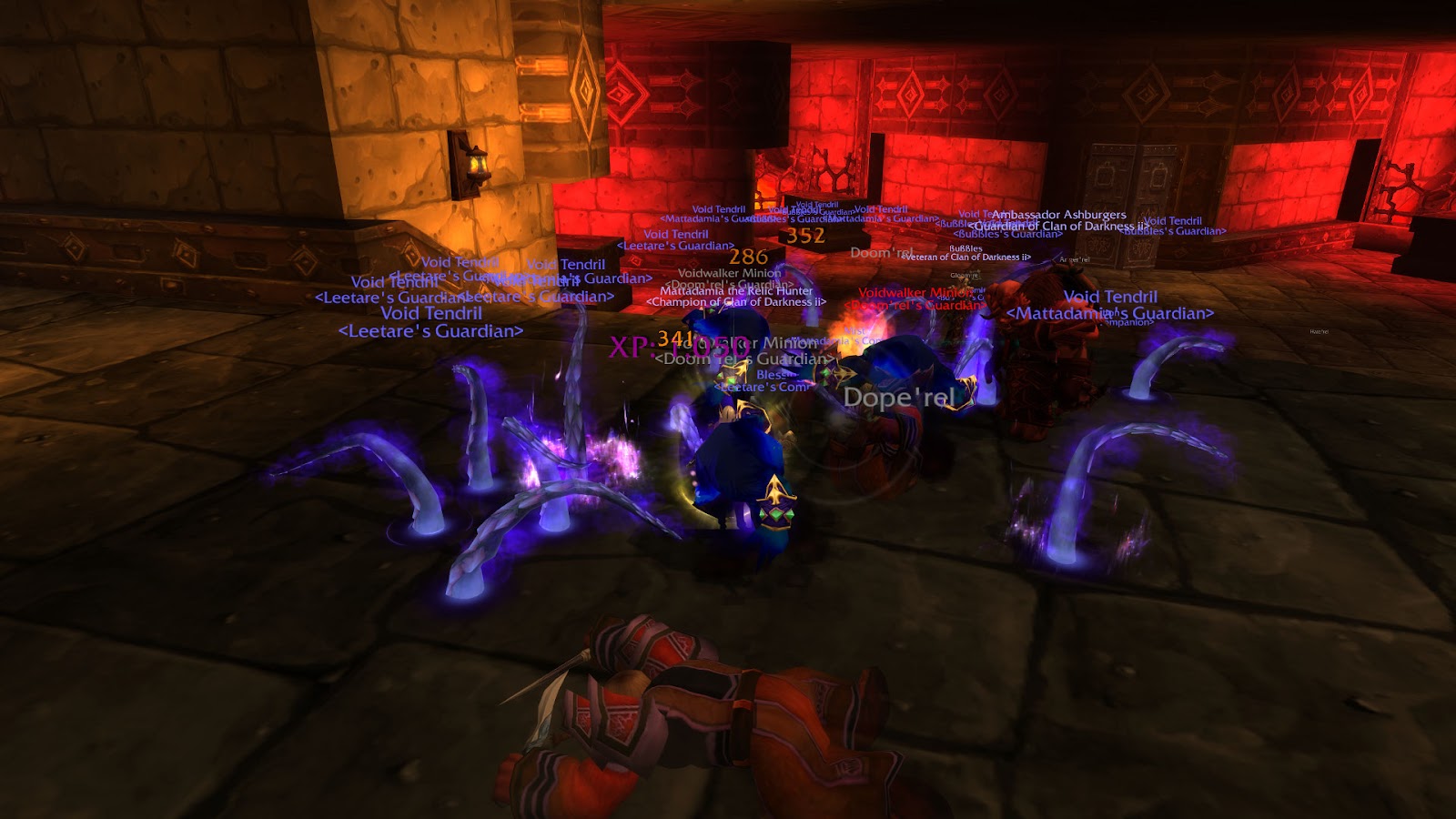 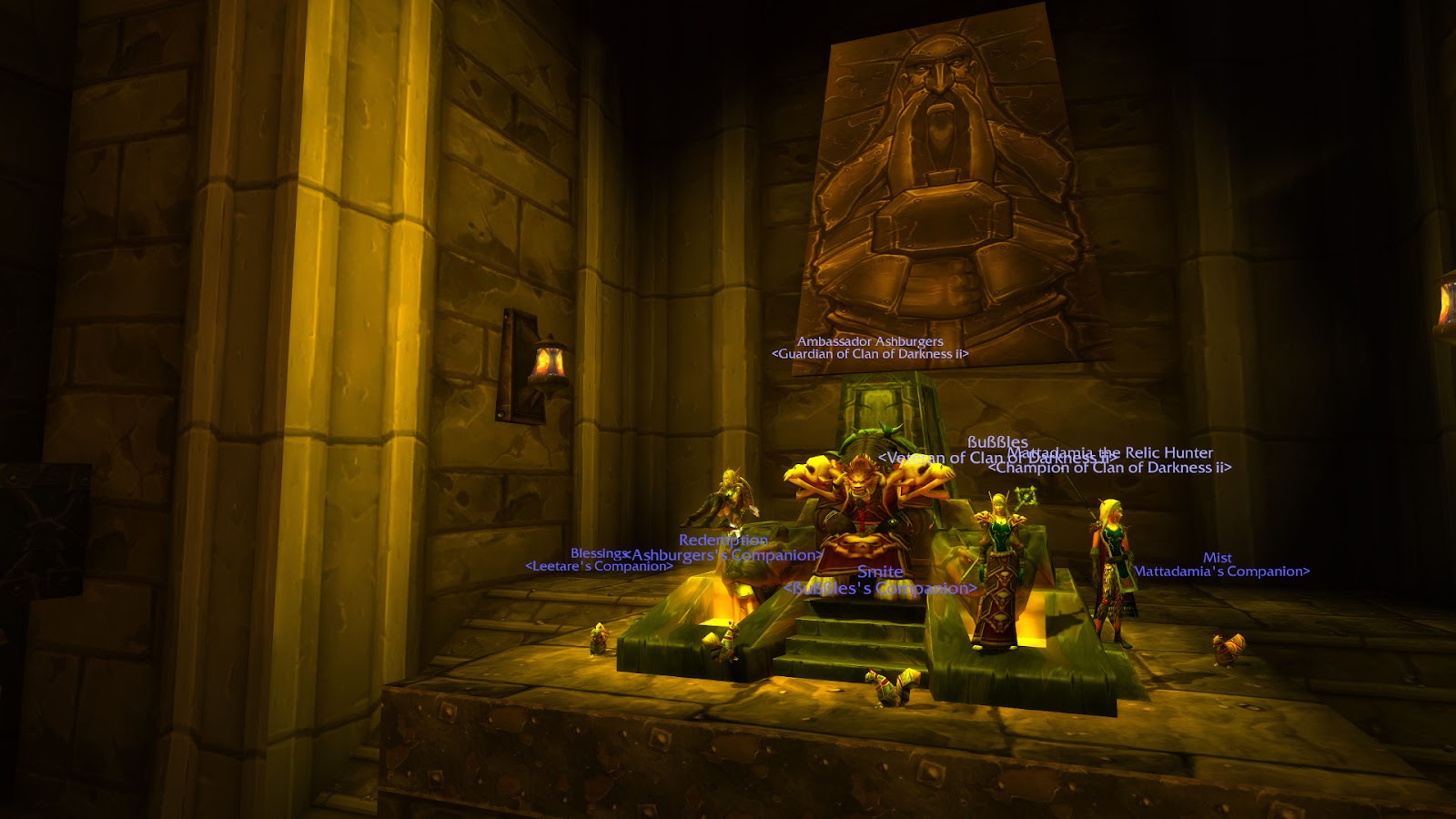 Heirs To The Throne? 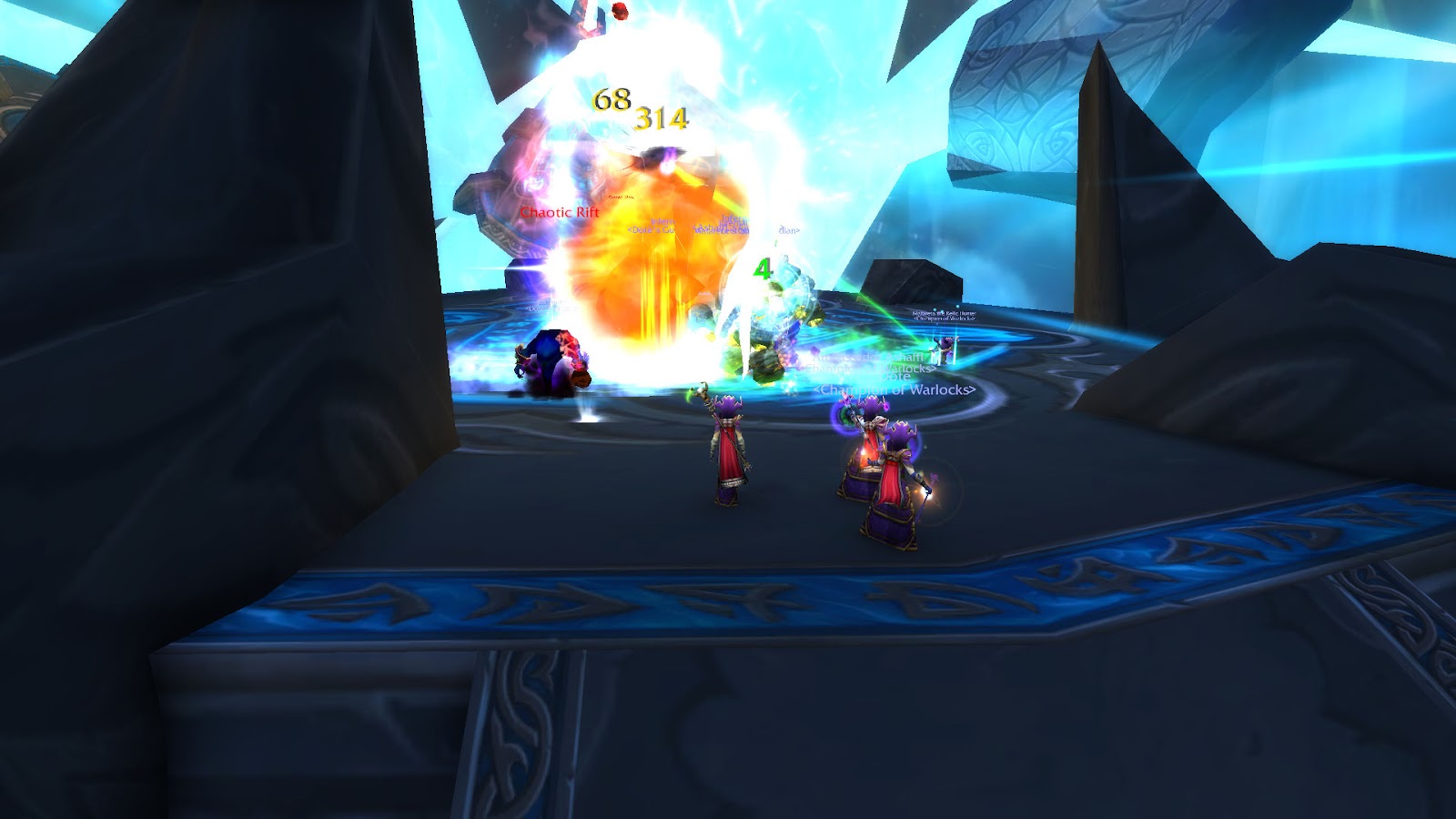 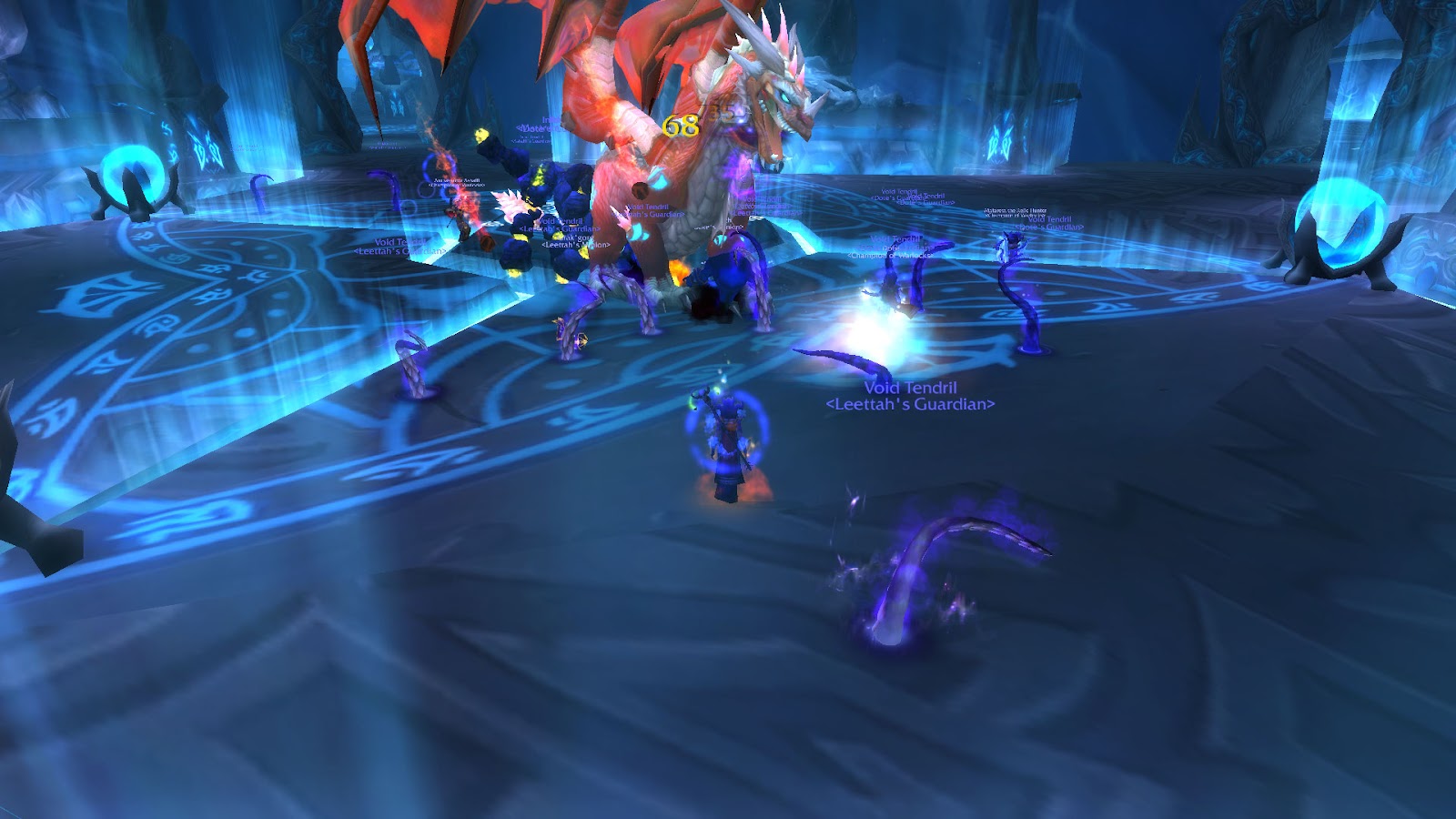 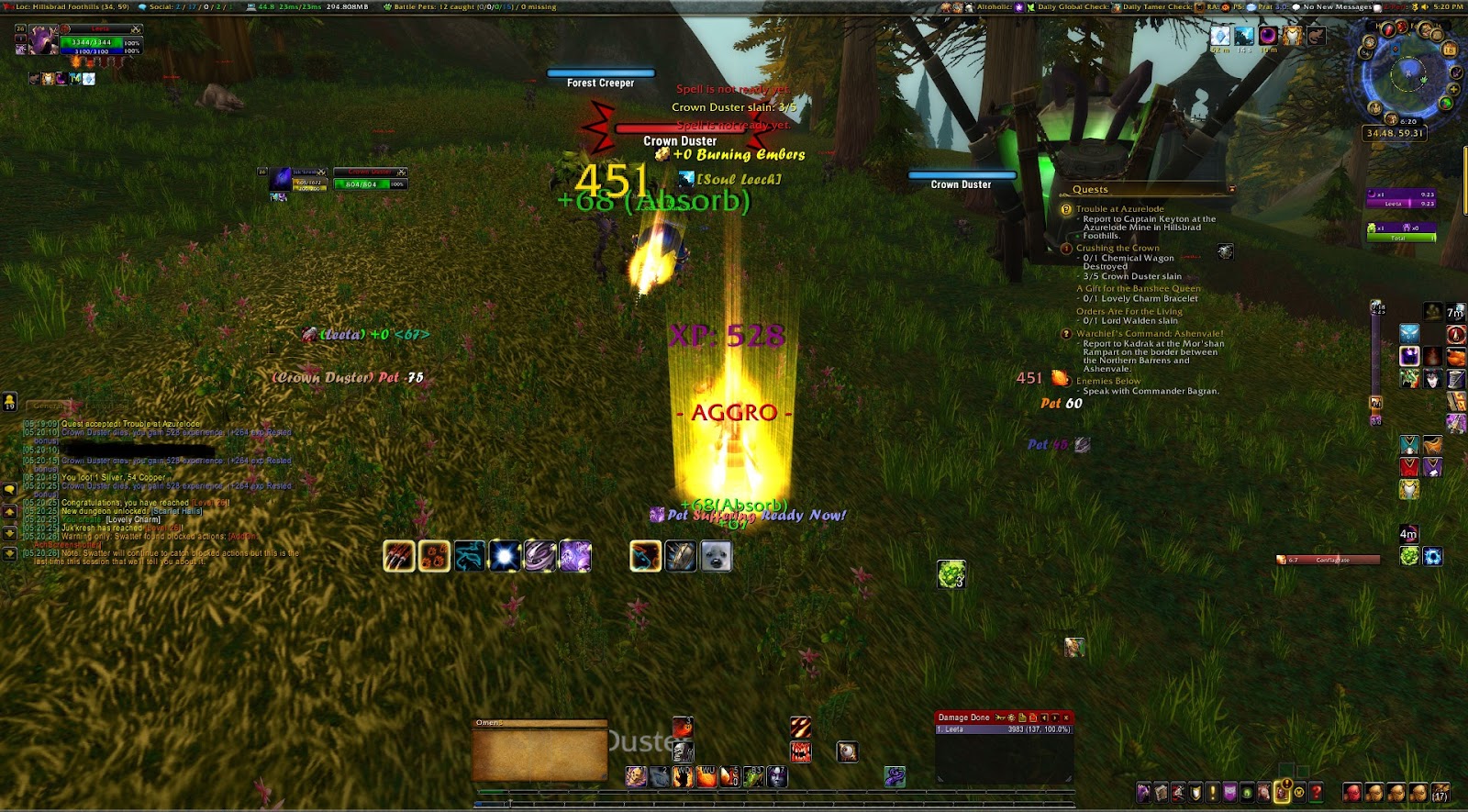 9/ Love Is In The Air!
Ruinning 8 Lvl100’s through Love Dungeon… not seen one mount drop yet… 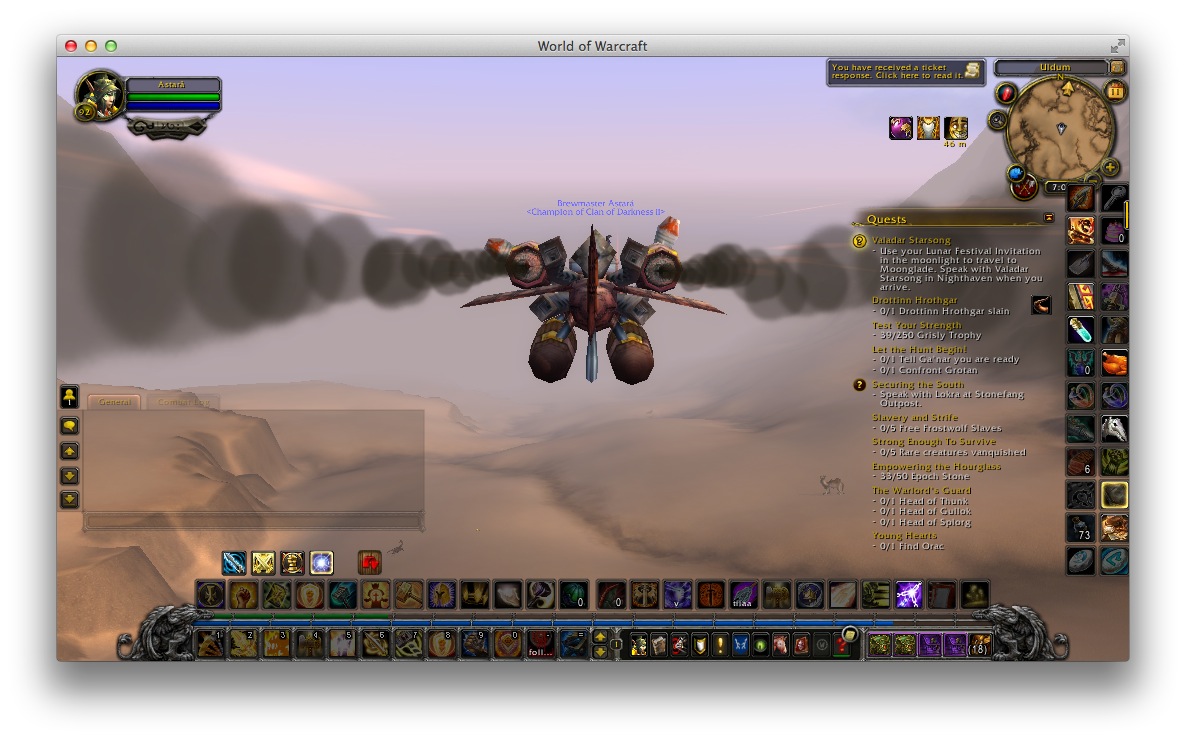 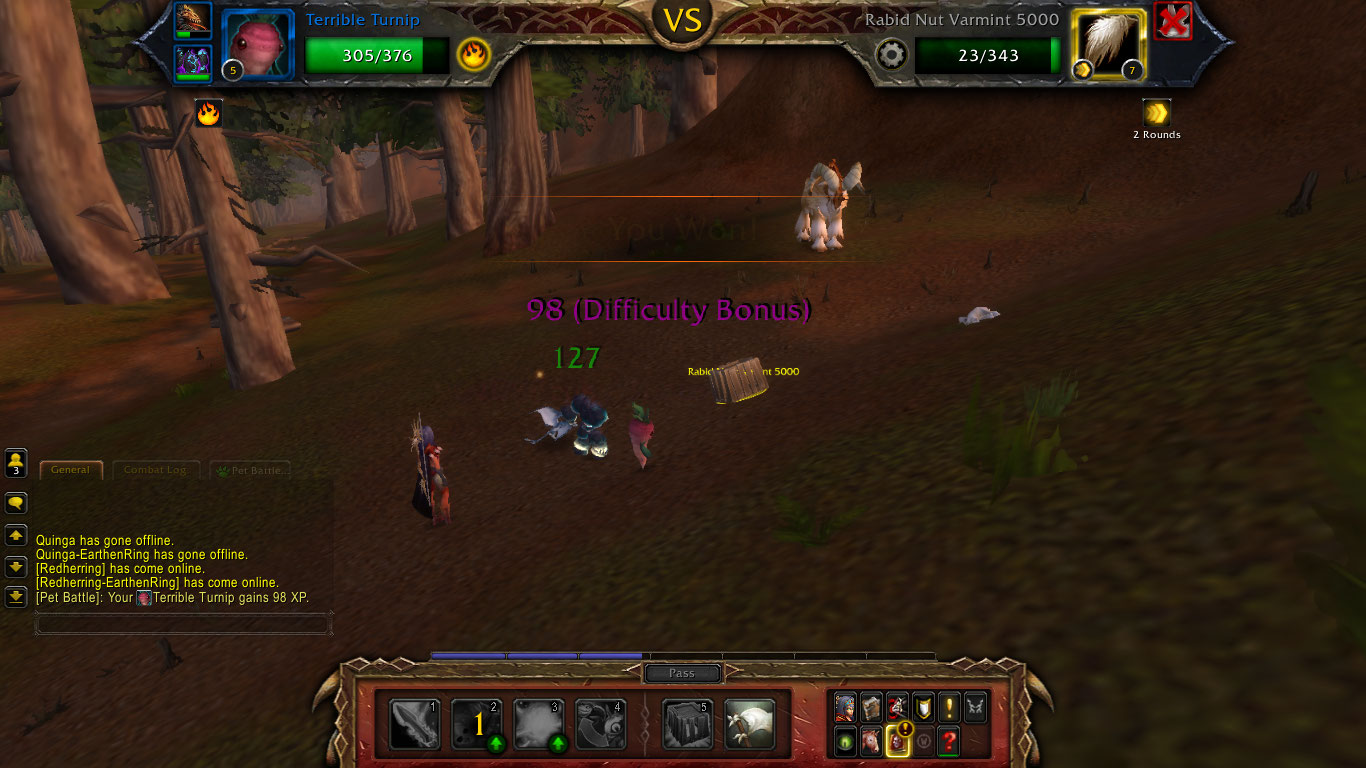 Guess how long it took me to figure out I had to use the axe to kill the damn Pygmies ?!?! 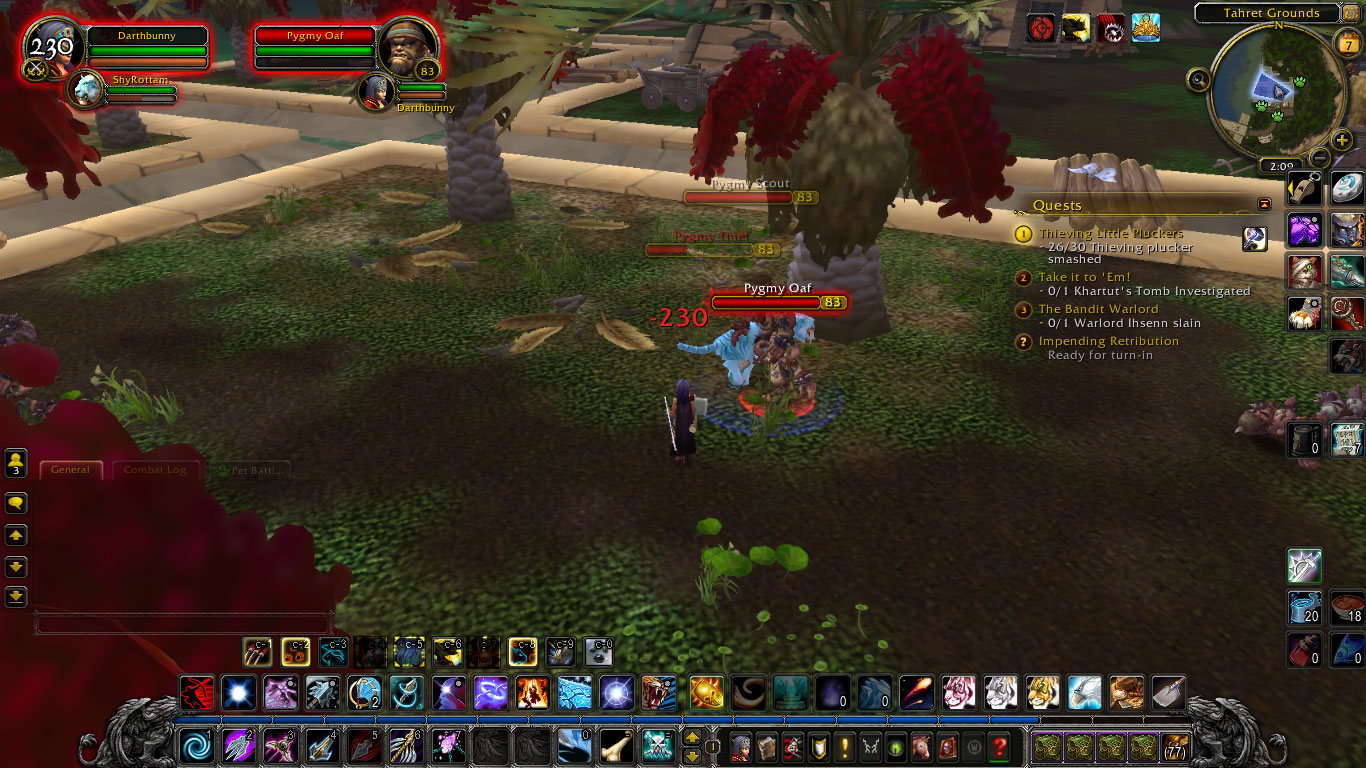 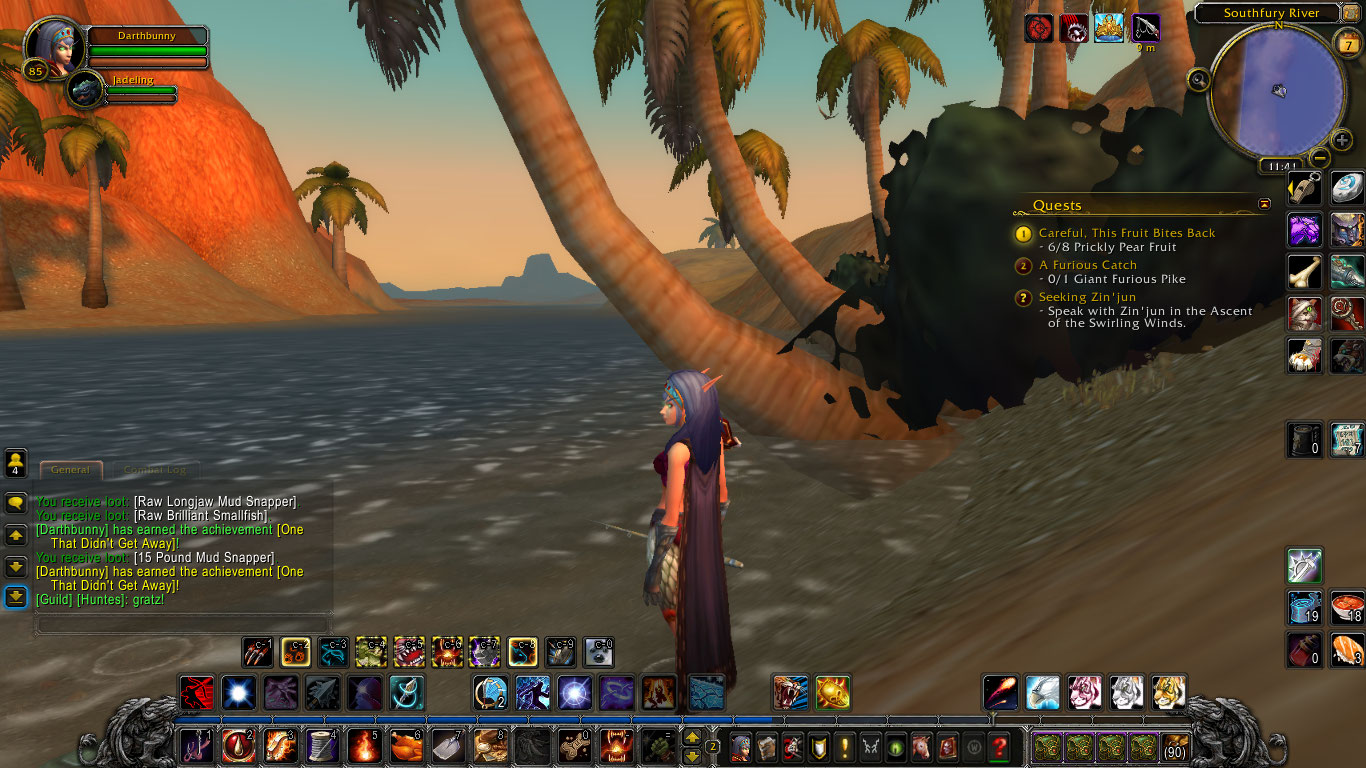 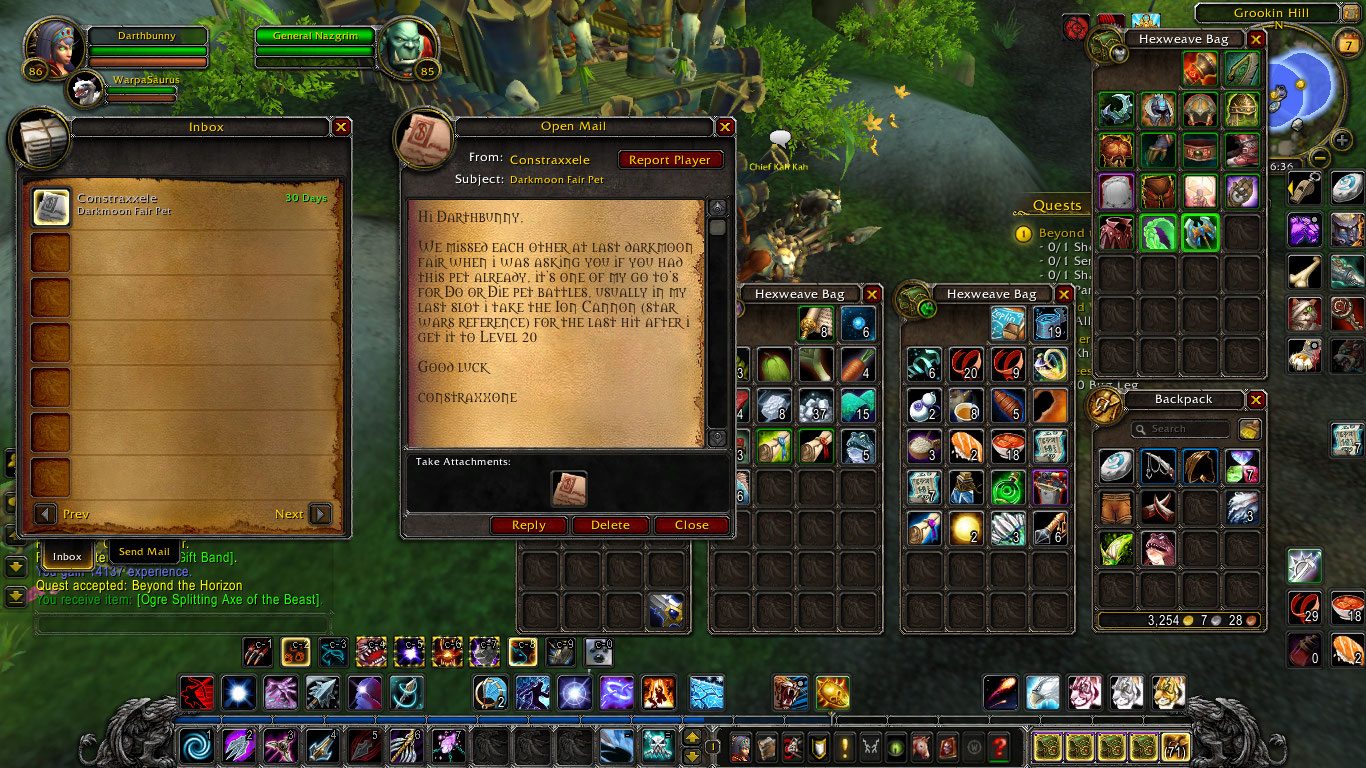 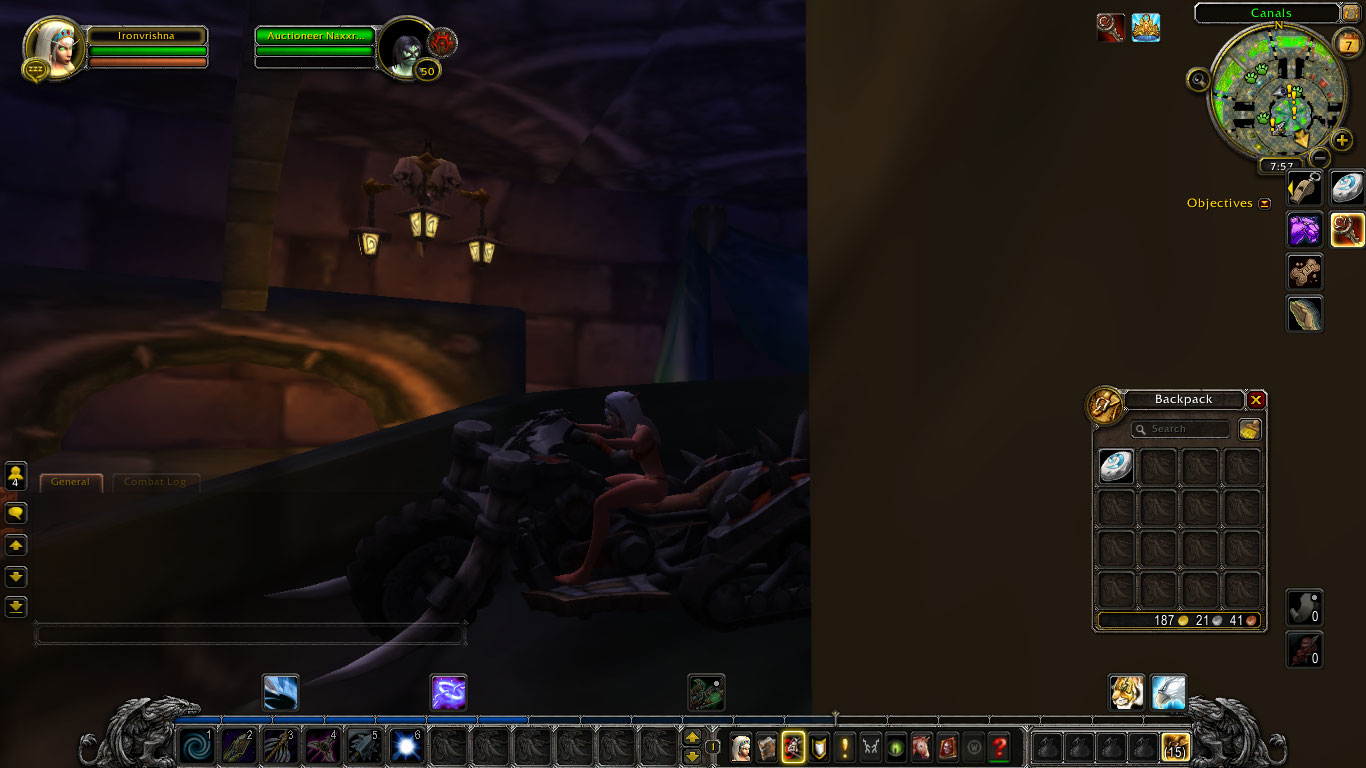 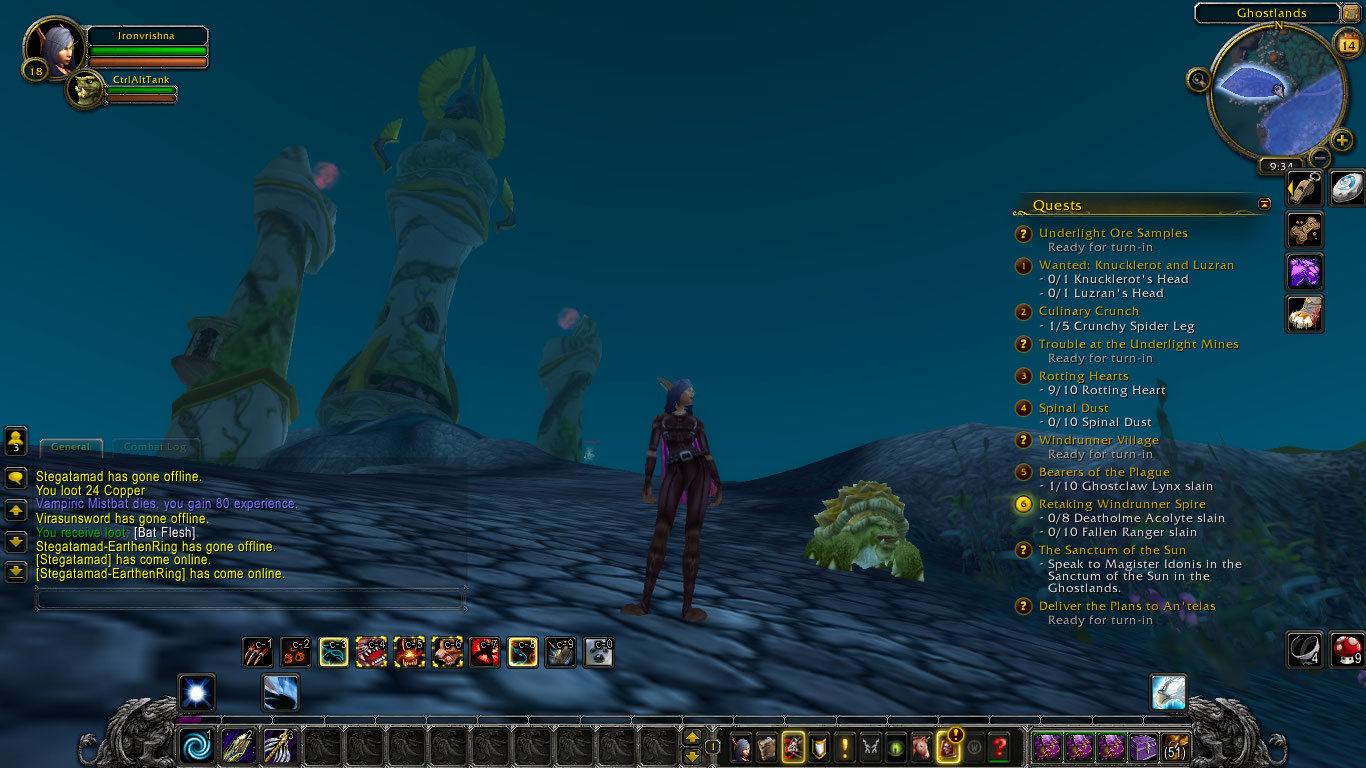 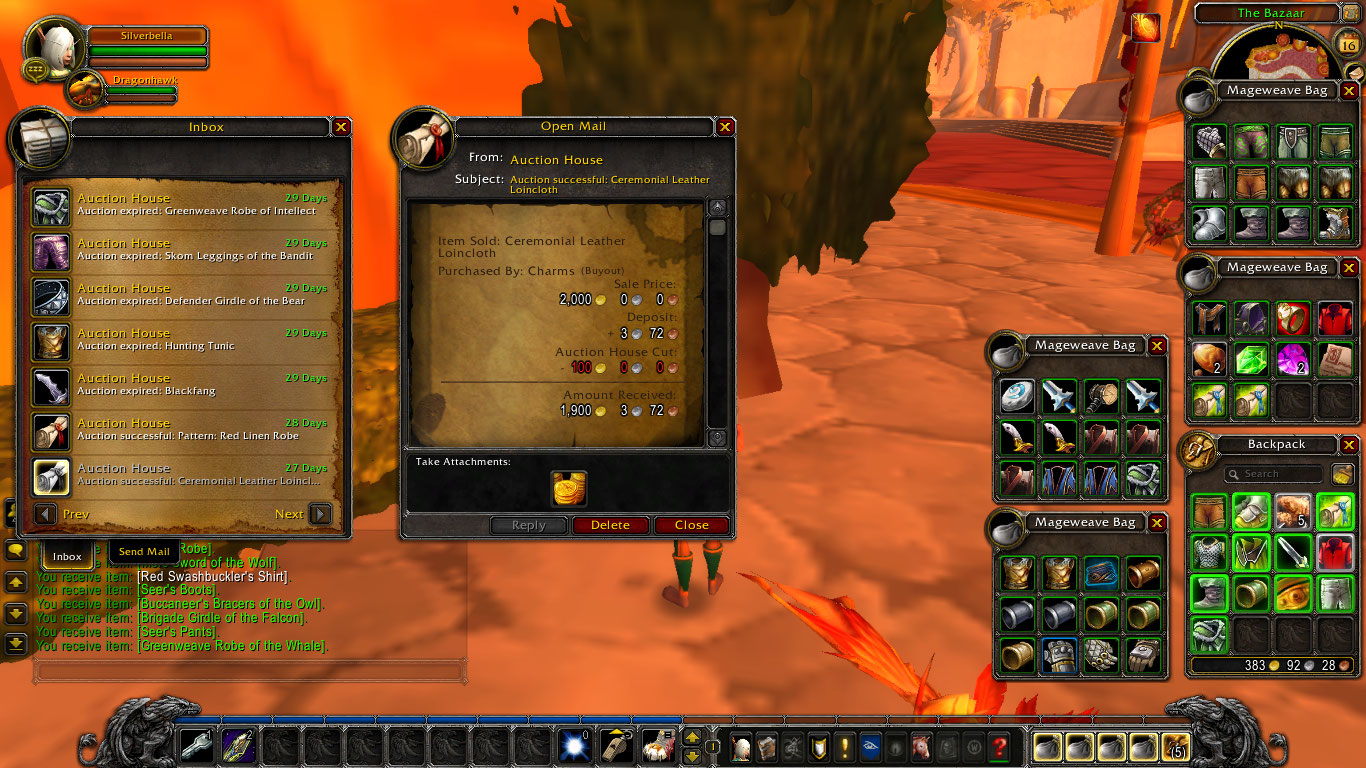 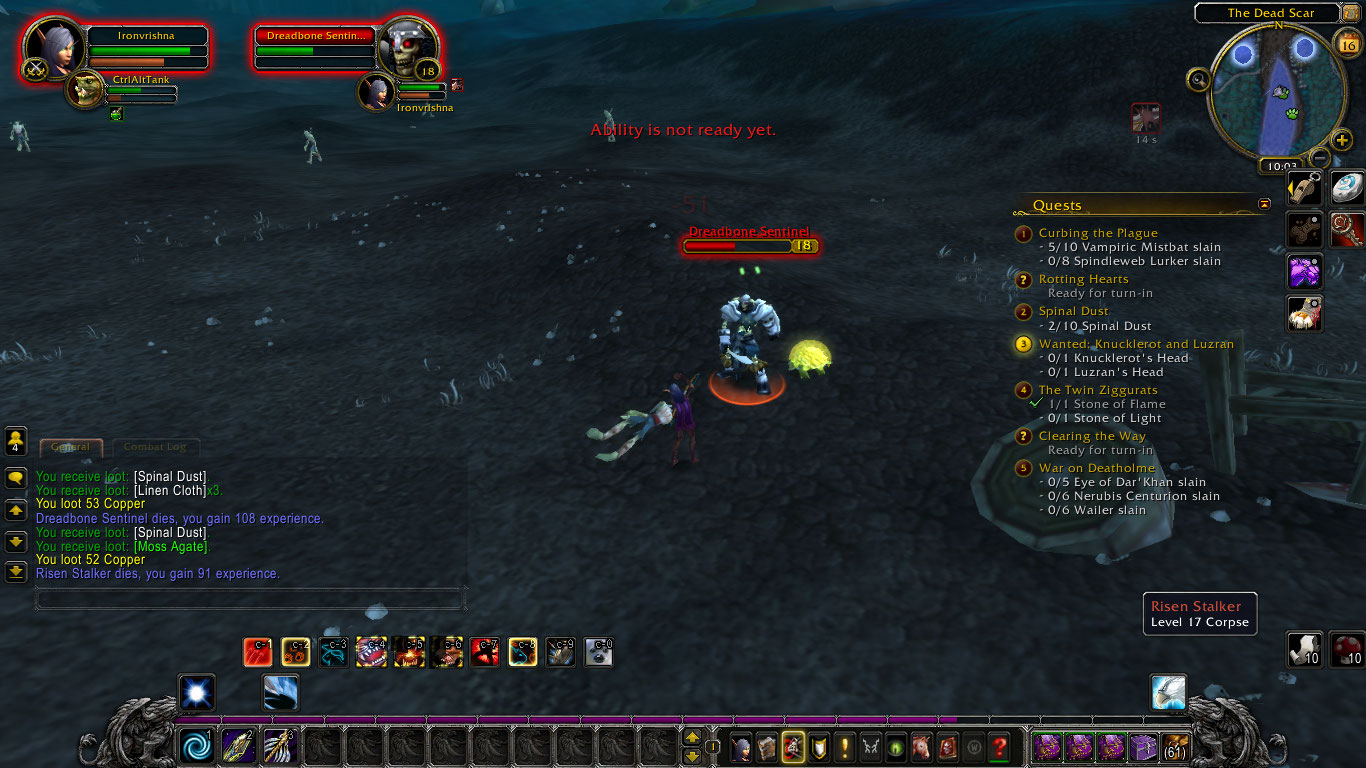 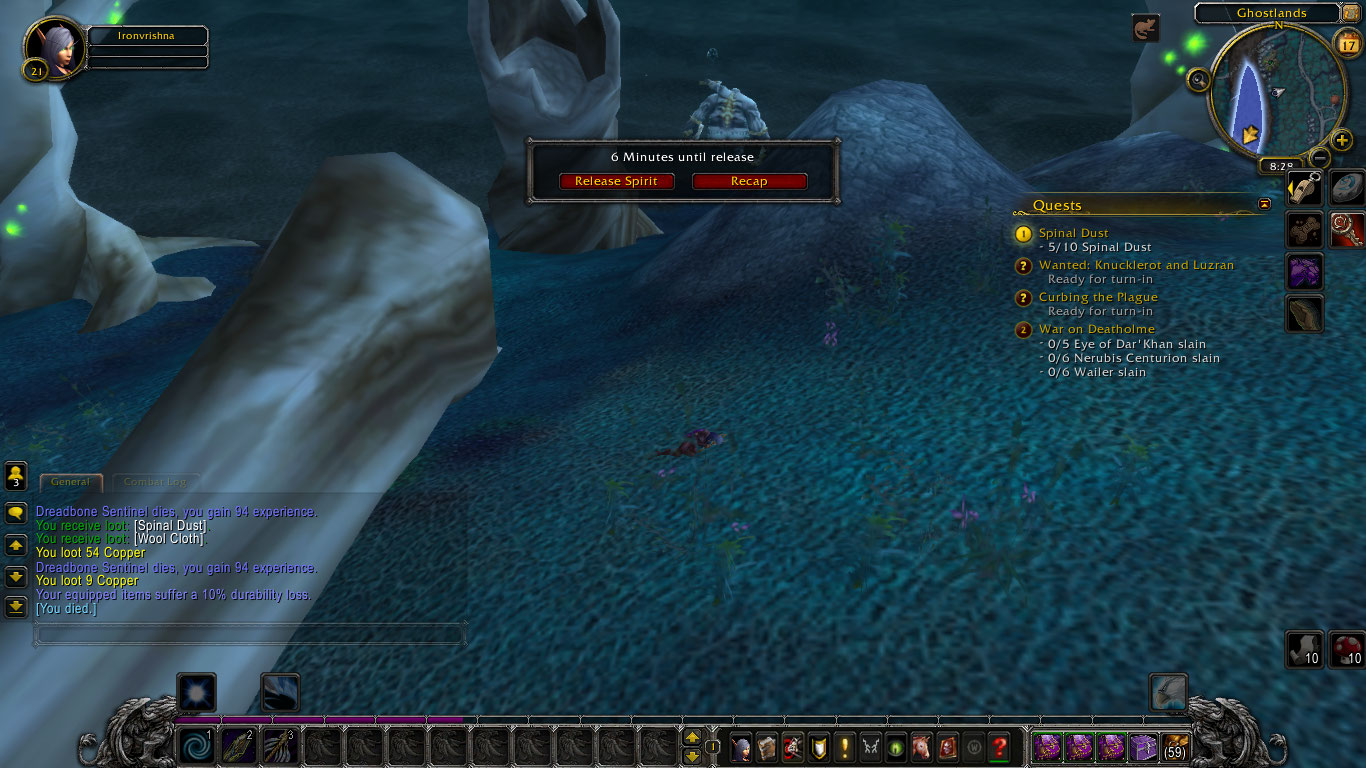 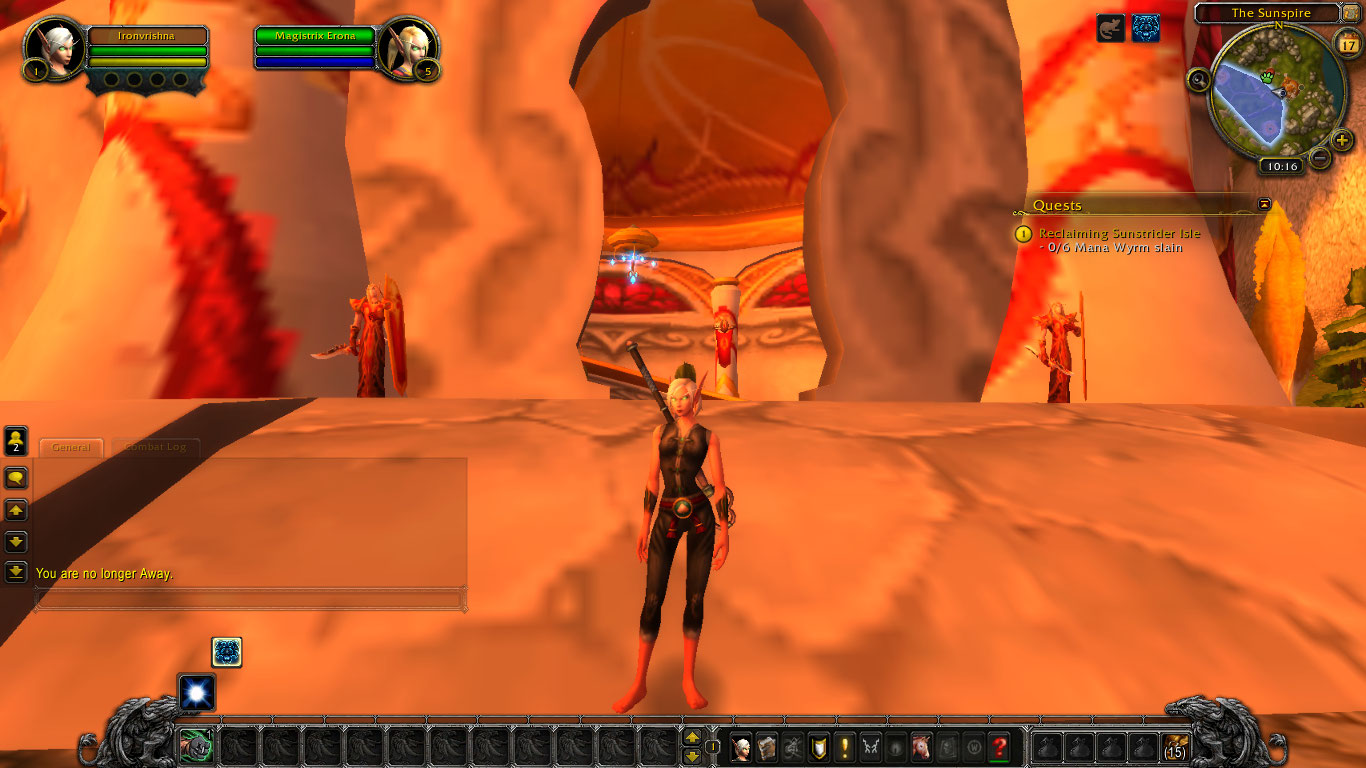 Adventures on vacation :D
I was much entertained on my rogue this week since I'm on vacation, I did not spend as much time leveling alts during Darkmoon Fair as I Had planned, and I only got 1 coin from the Elders this year, my heart was not into it.

On the other hand I've had fantastic time in PvP land, my rogue was having no luck in BG's so I thought I would try Ashran for an hour or two, turns out I capped my conquest very quickly, we had a group with a very experienced raid leader, he explained all the fights and we steam rolled the Horde  on every event and killed their leader 3 times, I got 750 conquest for a quest turn in, so I think rewards for Ashran have been buffed.

Then I turned my attention to my holy priest, I was having no luck in Ashran so I thought I would try to random battlegrounds for a few hours.  I ended up playing all night and winning 75% of the maps, everyone was very friendly and I knew just what to do to help our rogues and slow down their plate warriors just enough to turn victory slightly in our favor on almost all the maps except for twin peaks.  I purchased a set helm and 1 hour 20 minutes later the same helm dropped in one of the lockboxes, with some quick thinking I sold the helm back to the vendor, got my 2250 honor back and purchased the chestpiece to complete the set since you have 2 hours in which you can vendor the item back for a full refund.

My Night elf Priest now has full honor gear and 3 slots with conquest  gear, It's been much easier to do battlegrounds when I can grip a player who is nearly dead or save a tank from dying when he's fighting a boss on alterac valley or what not :D

I hope the Big G has fully recovered his internet and that I get a chance to bump into him in Clan of Darkness, I did not loot any epic pets this week to giveaway but with some tips from Jeppy I Hit the 1 million gold mark on my account, I'm really a novice goldmaker compared to him!

I wish you all a great time, I look forward to your show and usually listen to it 2 or 3 times to try and get all the inside jokes I miss on the first pass!

Your friend from Canada,


Fishing Story comp entry
Greeting and well meet fallow adventurer if you are reading this then the damm goblin mage has managed to get this letter out of this damn fish you have been informed no doubt of our lord and masters lack of what he calls the Internets. Or his lack of them as the reason you have not seen me the Mighty Moo Knight au and the rest of our lil horde clan in the world of Asaroth this is a lie as we have merely been trapped in side the damn sea beast that lurks off the coast of the timeless island. Lets go fishing the blasted blood elf say it will be fun she says so we are all out on a lil raft when I get a tug on the line I try and real it in only to be swallowed with my fallow Horde members so if you see our mighty lord around be sure to tell him where we are and make sure he gets us out of this damm fish already. Seafood is great and all but not when you have had nothing but it for over a month so please if you are reading this missive know that we are Horde so get us out of here.


I have returned
I am back hello listens hello pod casters hello internet ooh yes daddy missed his sweet sweet internet access did the internet miss daddy oh I hope you did and now I have probably made you all really uncomfortable here is my audio.

P.S Go see Deadpool right now stop this podcast and run don't walk and watch it yes there are many jokes yes a lot of them in bad taste and yes its violent but hey never has a super hero movie summed me up so well as this one has. Now where is my super suit daddy needs to express some rage.
Big G

Attached is my audio for this week. It's been another chaotic one.

When last I wrote, I was working on setting up my garrison's for gold harvesting through the missions.  Since that time, all my 100's are set up for gold harvesting, and have opened up Tanaan Jungle. As well, I was working on getting all classes to 100.  My Death Knight Clarad is now 100.  I still need Monk and Warrior.  At the time of this writing, my Monk Uriel is 41.  Not sure how long that will last, as the enlightenment buff lets them zoom.  My Warrior Maethil is now 35.  I have been using the Dark Moon Faire Whee! buff as often as possible to speed up the process.

After I started leveling the classes, I decided I should have all the races leveled as well.  I would have been helpful if I had decided earlier, since I could have combined class and race leveling, but I am too far into leveling now.  I have done all the races except Pandaren, Human, Dward and Gnome.  Yes, the Alliance is woefully under represented.  I actually had all the races at very low levels, so I am working at getting them a few levels up while DMF is on.  My Pandaren Chrysanthmun is currently 53, Human Prudellia is 57, Dwarf Ingride is 60 and my little pink haired
Gnome Orchidae is 22 now.

Last night, in the midst of leveling, I was once again bitten by the transmog bug, as frequently happens.  So I am currently blasting through the Outlands in search of transmog gear.  I am looking for a cloth set, a leather set, and three sets of plate.  God help me.  I have lots of mail sets, and have included some screen shots of transmogs I have completed.  Please note that the Darkmoon Faire tribute is not serious, as it turns out that that much purple and green together is a little too gaudy for my taste.

For the Horde, and transmog, 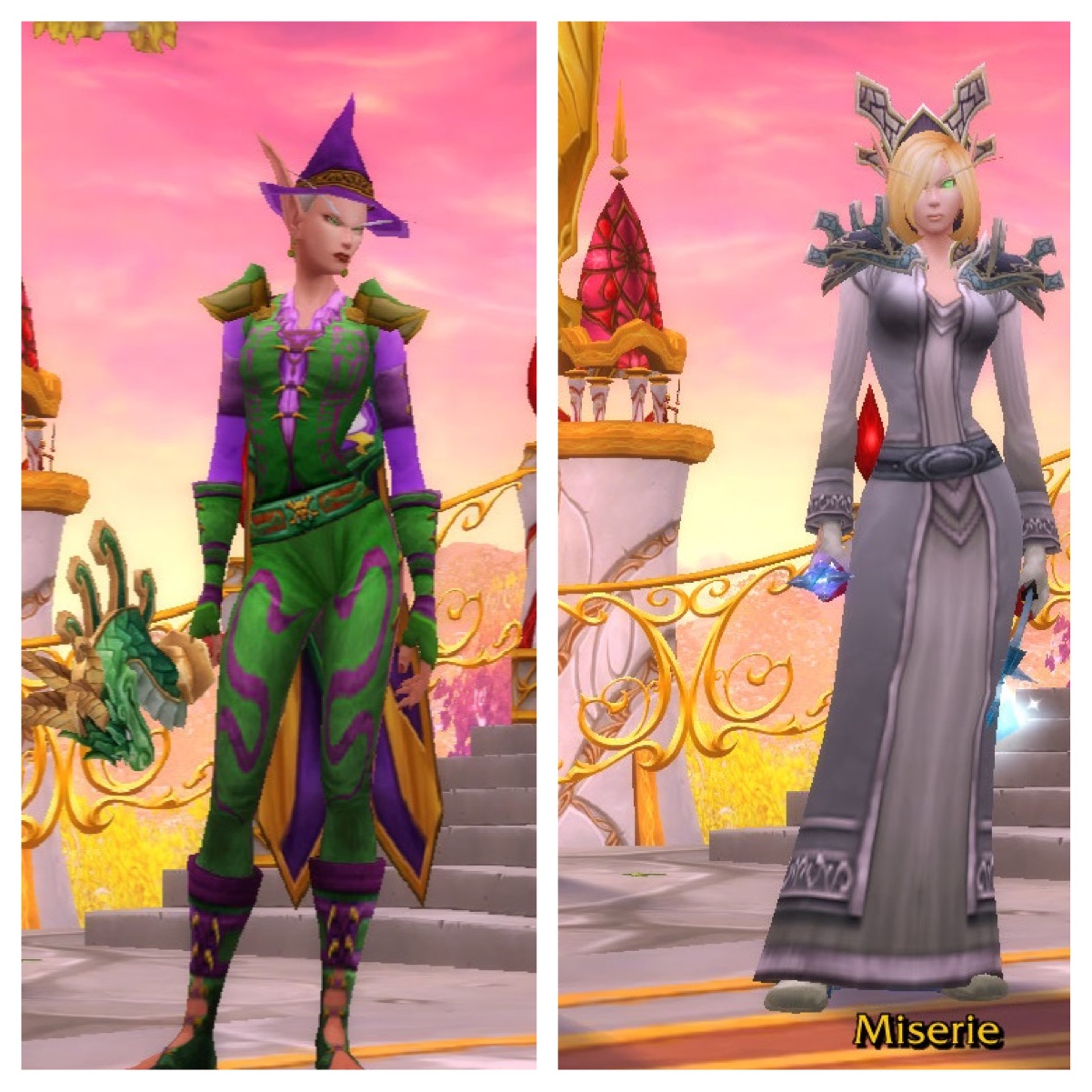 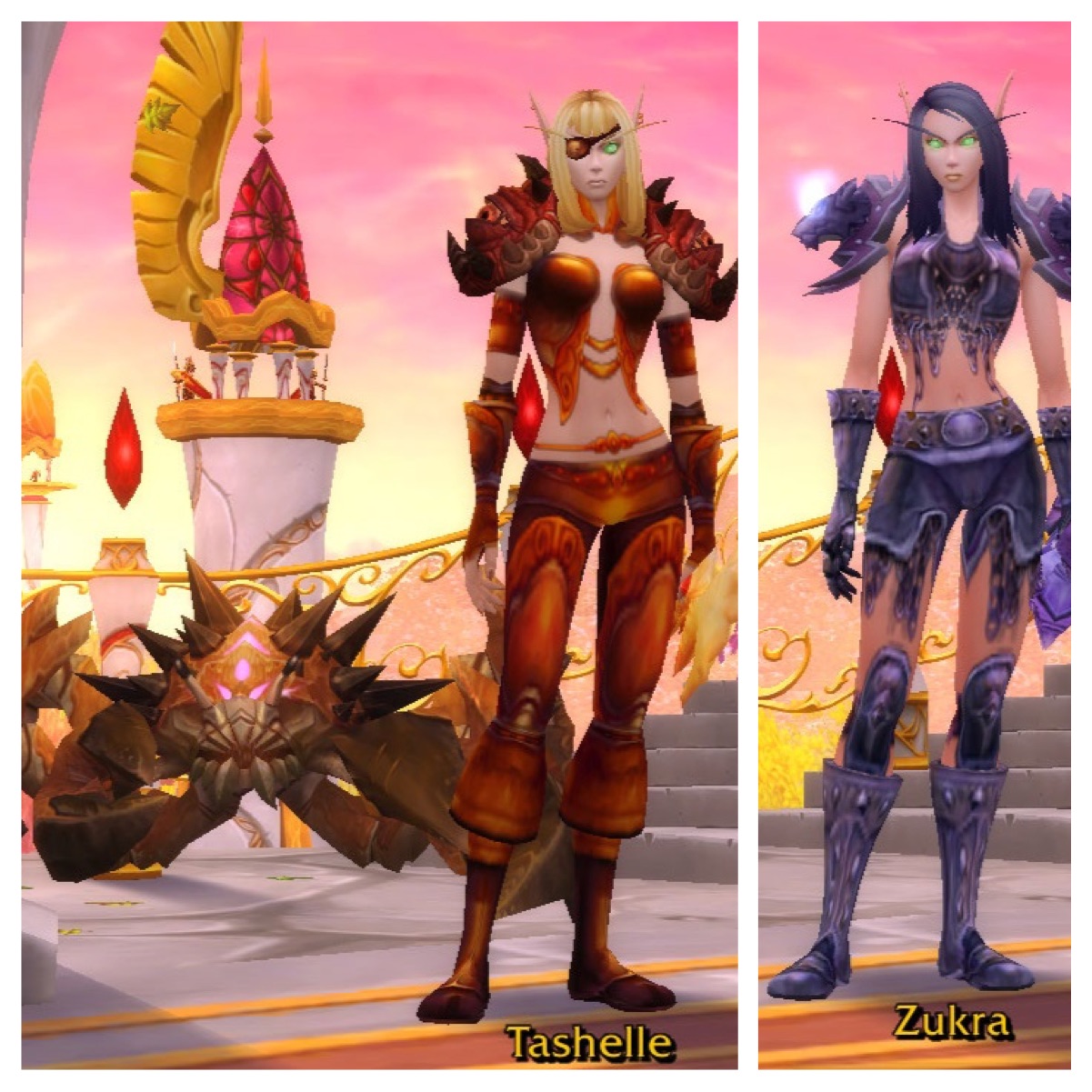 if you are reading this email during the show it means I couldn't keep my eyes open to physically be present for the recording :(

My week in WoW was short but eventful. Leveled all my 5 alts to level 100 and finally got Draenor Flying. YAY! After earning the achievement I had a slight feeling of having been punished by Blizzard and this was what I had to go through to learn my lesson….anyway flying is sooooo amazing!

Unlocked my garrison pet menagerie after taking Jeppy’s and Leeta’s advice. I had 3 ultimate pet battle stones but none of the fancy pets to used them on. So I went to the AH to try my luck.
The only affordable pet I found, was a level 1 Mechanical Pandaren Dragonling for 200g. Bought that one and used a stone to instantly level it to 25. Leeta mentioned that you also need a dragon in your team to be able to face the battle pets in the menagerie. So I scrolled through my list of pets again and used the two remaining stones on a Netherwhelp and the Onixyian Whelping.
And Ta-da! My team of 3 level 25 pets was ready to face the garrison battles. The enthusiasm didn’t last long…doing pet battles on 5 characters is simply not my thing :P and my pets died after a few rounds :) 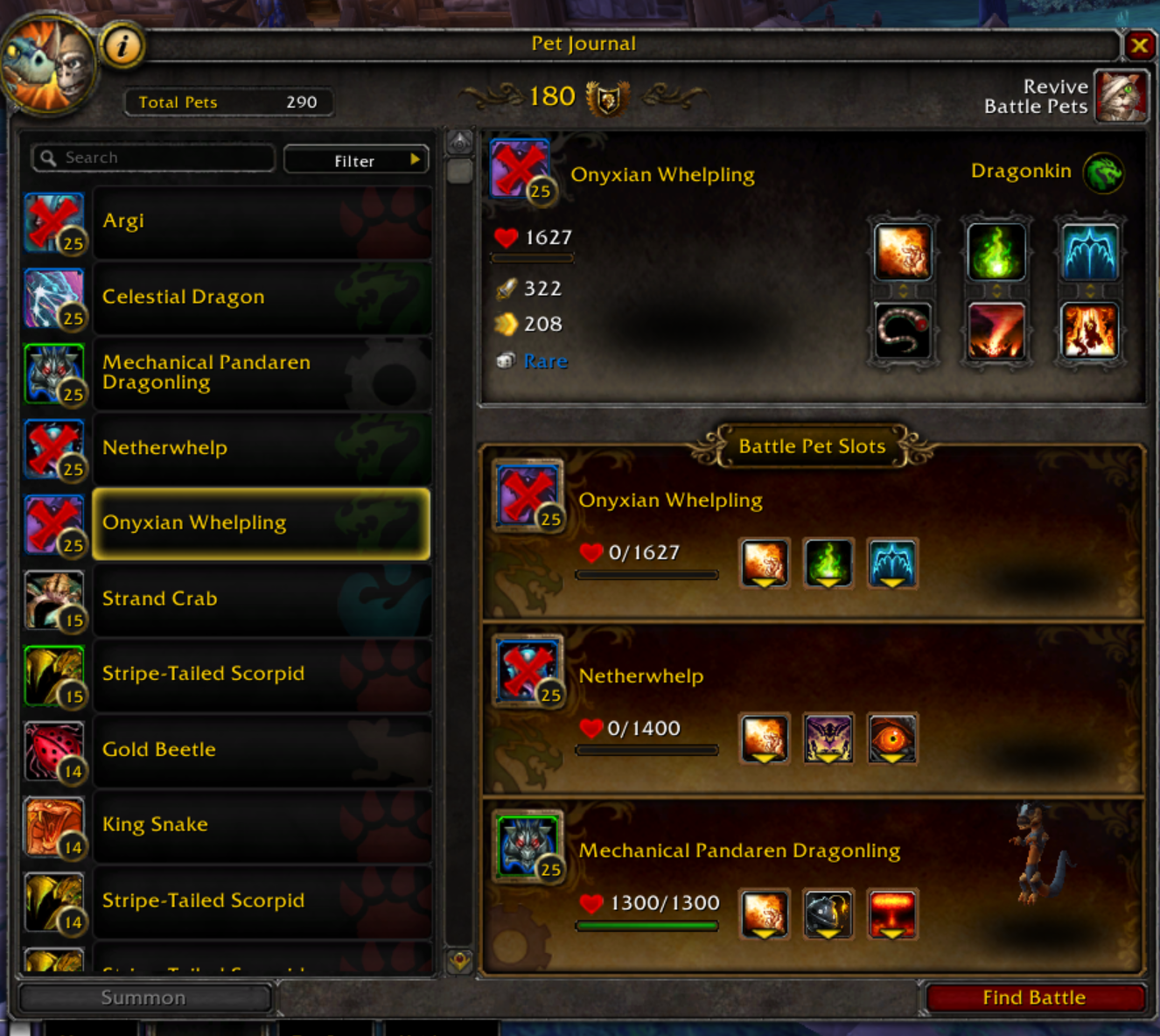 Another career I have ended quickly. Well this was my week in WoW.

Greetings to all the lovely listeners and to those present in the chatroom!

Have a nice Sunday. Until next time,


P.S. Aprillian, how is the gaming experience on the new iMac?

I have listened to the podcast for quite sometime now and finally decided to create a character on Earthen Ring.

Just wondering if I can join the Clan of Darkness.

My Character name is Battlepets.

My lvl100 Main chars are on Illidan (Horde) and Stormrage (Alliance).

I have been into gold making lately, so I going to see if I can make some gold on Earthen Ring.

Thanks for your consideration.
Forgot to include my Battletag. Cameleon#1834