Recorded Saturday, December 3, 2016 1300
Aprillian, Constrax, Vrishna, Rain and guest hosts discuss another week of playing World of Warcraft, Blizzard's greatest MMORPG. The show features audio segments and email submissions from our lovely listeners.
If you want to join the conversations on the show, we have a live chatroom with in-game giveaways moderated by chatroom-chick Tedrah. We record every Saturday at 6 p.m. EST / 8 a.m. (Sun. Australia’s time), on our Ustream page! http://www.ustream.tv/channel/ctrl-alt-wow-world-of-warcraft-podcast
We also have an ongoing contest. Send an email to ctrlaltwow@gmail.com telling us how you play WoW, either as an altoholic or dealing with it in your family life to being placed in a drawing for a WoW Pet or an Authenticator. 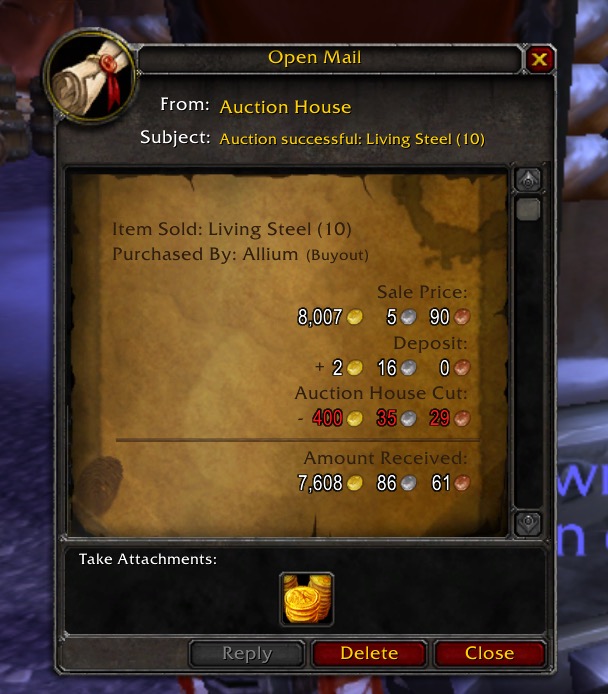 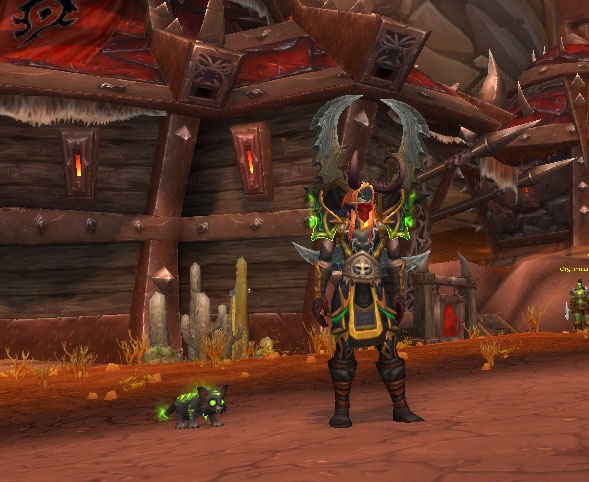 My DK dinged 110 finally, the first Alliance toon to do so. 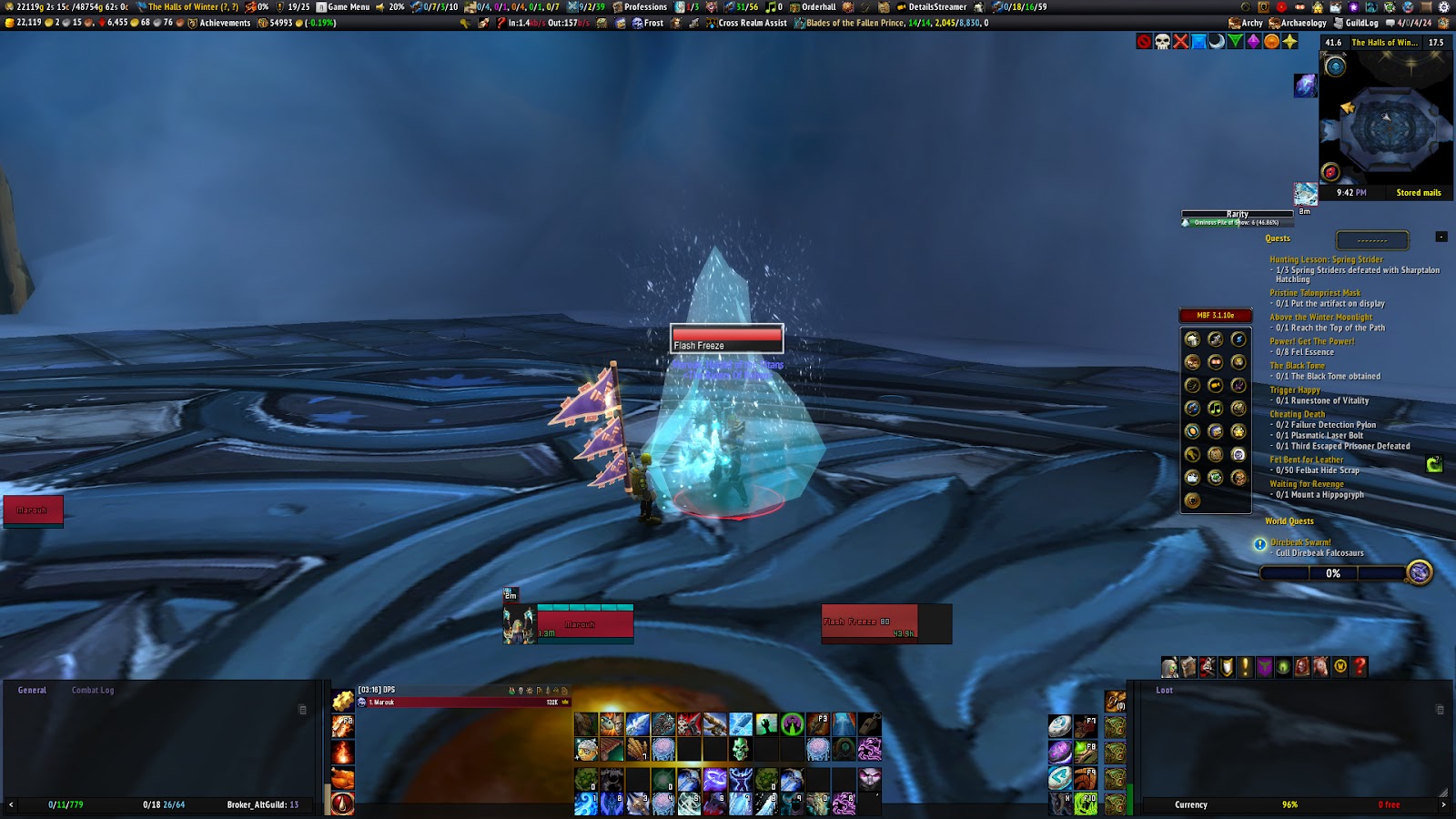 Stuck in the ice AFTER the fight against Hodir in Ulduar.

Love listening to the show, although I've only been listening for a few months it feels much longer than that.
Regarding my play, I usually get about an hour or two most nights, but with a heavily pregnant fiancé, dog to walk and long hours in the office I don't get to play as much as I'd like.
If Grand Nagus or someone else has a some time to discuss how you unlock the other appearances for your artifact weapons. Perhaps a little guide or a small segment on the show would be great.
Many thanks
Alex
Aka Izgar (Undead Warlock) Twisting Nether - EU

Congratulation on 500 episodes.  I have sent you a little audio separately, hope it works.

It has been a few weeks since I have written.  I hope to be in the chat room for the 500th episode, but may have to travel.

I missed a few days of the daily quest for the 12th anniversary, but once I noticed that not only did you get the timewalking tokens for a few seconds time invested, you also got 61 gold for level 100's.  Once I noticed, I cycled all of my characters through every day.  I calculated that just for the level 100 characters, I would receive over nine thousand gold every five days. Along with that, several of my level 100's made it to 101 from the XP that you got.

I took a few low level characters through the cooking for Harvest Festival so they can get the cooking points from Darkmoon Faire, but otherwise did not do much for the Festival.

I took advantage of the 12th anniversary buff to level my very first character I ever made up to 110.  I always make Delreithe the 2nd I level to max out of sentimentality.  She is a Night Elf Druid. Yes, my first character was Alliance.

I finally got the Lich King to drop the two pets he was bogarting to finish up the Raiding With Leashes, and got Stardust the bunny.

I have all the Falcosaurs leveled up to 25, and am starting their quests.  So far they have sent me to the capital cities, and demanded that they participate in pet battles.  Now they want to see me do World Quests.  They are cheeky little buggers, but awfully cute.

For the Horde, and 500 more episodes.

Duvessae
This is the first time I have recorded audio, so I hope it works.

Woo, 500th episode!!  Congratulations on continuing to produce such an awesome podcast for such a long time!  You have all been doing such a great job, and I wish I were poetic enough with my words to express just how much your podcast means to me.  Thank you!

My WoW time has pretty much been spent doing my class quests in my order hall and doing the daily world quests thing.  My rogue has been calling to me lately, I may have to start spending some time leveling that character again.  Not much else new in Wow-land.

This week's blast from the past comes from episode 283.   I have also included a clip I had sent many months ago from episode 254.  I think of all the clips so far the one from episode 254 is still my number one favorite clip and seemed appropriate for this episode.   I hope you enjoy!
Kyle

Happy 500! What an amazing achievement!
Aprillian you are truly an inspiration <3
Thank you for all your hard work!

Attached a little audio for you :)

Have a wonderful show and congrats again!

So glad you made it


So as for my game time a little Starcraft 2 and some hearthstone and a sampling of Mobil games. Real life it's been busy and now onto the meat and potatoes of this email. Happy 500 eps of awesome awesomeness you have been a part of my life almost as long as WoW has thanks to your show I met many new people. Some that still don't regret that and rest I stalk better and it goes without saying that your show has impacted my life and it would be a much darker place without your show and hosts. So if you ever feel like you don't make a difference in this world know you do with your words and giggles and sometimes even your tears you have brought light to many a dark day. So I thank you again all tho it seems so lil to say for someone who has given so much.

And for Aprillian may she podcast for another 500 eps and if she falls may the Dark lady raise her so she can do it forever.
Big G


Wow 500 episodes
Hey Ctrl Alt Wow people's,
I just thought I had to write in and Congratulate you on a huge milestone of doing 500 episodes. It has been a long enjoyable ride and I hope you can keep going. Your show is my main wow podcast and it would feel alien if it wasn't on my list of updated podcasts each week.
Anyway I better get back to work. I hope you are all doing well.
Love Matahorn
Sent from my iPhone


(from Tiber) Greetings CTRLALTWOW
Congratulations, and Thank You on 500 episodes.  What an amazing, and enjoyable achievement!

I hope everyone has been healthy, and happy in, and out of game.

I've had a pretty good year in game, and real life.  I was able to attend Blizzcon again this year, and it was really cool to be able to meet Grand Nagus in person.  That was definitely one of my Blizzcon highlights, along with meeting Stone, Donnie, Lisa, and Jason once again.

At the start of this year I rolled a paladin on the Arygos server, and joined Donnie, and Lisa's guild there.  I've been able to go raiding with them, which is a first for me.  So I've been able to experience a whole new facet of this game we've all been playing so long.  It's kind of funny, for the first time, I have a "raid night".  It's been a lot of fun, and we raided in Warlords until the beginning of Legion.  I'm forward to being able to raid in this expansion, right from the start.

My Alts have been pretty neglected in Legion so far, but they all had to come out for the 12th anniversary achievements.  The daily gave great experience, and I had them all lined up to answer the historian each day.  I got to know the questions so well that only needed to read the answers, not the questions.

I'd better send this before I miss the show.

Thank you so much for all the shows, and I'm looking forward to many more in the future!

For the newbie raiders,  Tiber

Each week Grand Nagus takes a closer look at some of the most useful World of Warcraft addons out there.

You can find Grand Nagus on Twitter @GrandNagus1, or by email at towerofcommerce@gmail.com

Posted by Aprillian at 6:18 PM