Played my demon hunter. Went into Crown Chemical with one and with Epril, Aprillian 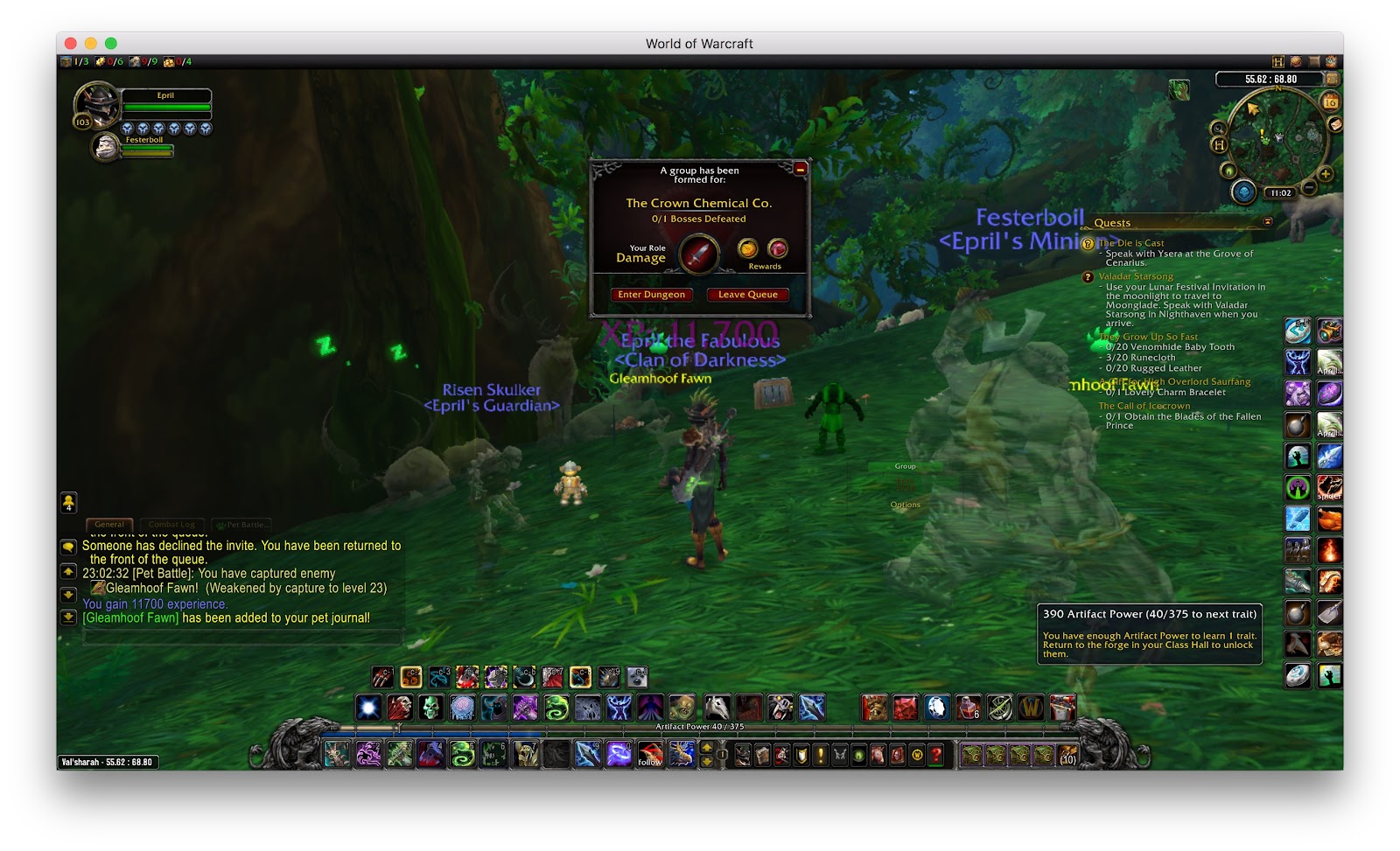 11 hours of work everyday, Mrs. constraxx very sick this week, limited to 20 minutes or less everyday.
Remote AH is down, but fear not the Legion companion is up and my Holy priest is leveling with the 3 champion mission, now at level 105
Sold 4 vials of the sands last weekend, price just keeps on creeping up :D
Played heroes of the storm for an hour and a half 6 wins currently vs the AI on easy mode, free mount offer expires March 13th
Got Saddle Sore Achievement from doing the Free for All battles in the broken isles, 2 out of 4 done on the meta achievement, getting Glory of the melee frequently on my rogue, artifact research is capped at the current max level of 25 research.

Hello Ctrl Alt Wow crew,
Well I feel I have been on a 1 month adventure with our friend Vrishna. I know you are all looking at me weirdly so let me explain.
It all started on Friday the 13th of January or Saturday the 14th if you were in Australia. We all started new toons to run a special tribute to Vrishna. My Blood Elf Hunter was called Matarishna. That way I felt the character was half me and the other half was Vrishna. I found out that Vrishna had never made it to the new level cap so before the tribute run I decided that Matarishna would be my next 110 character.
To stay in the spirit of my character I listened to a lot of old episodes of Ctrl Alt Wow when Vrishna was on it. I actually started on the New Years episode where Aprillian was drunk, fantastic episode. I could sometimes feel I had Vrishna next to me while I played.
So as of Thursday afternoon on the 16th of February my new Character Matarishna finally Dinged 110. I have decided that this will be my first toon I level up in all future expansions that way I feel that Vrishna will be part of the game in the future.
Anyway I hope to see you in game.
For the Bunnies! (See I am still channeling Vrishna)
From Matahorn


Not much to report, but I do have another set of clips for your amusement.  Enjoy!

Hi everyone - Love is in the air and snow is on the ground, but it's melting fast this weekend! And now, like the product of a fine-tuned machine, are this week's guild updates - enjoy!