PvP Brawl and 4 Random Battlegrounds.
Punishment worth The ReWards. Lag, increased Damage, mashing buttons, Healing that is appropriate and fitting, the downside of the pity locker, Arathi Blizzard is a fair fight for the most part.


Auction house Woes, the winners and Loosers this weekend.  Cloth is good, Enchanting is bad, Plates is So-So; Weapons are always a winner.


Incursions, Meh, 28k Exp at level 113 insufficient to make much of a dent in leveling. 20% buff nerfed to 10% shortly after starting to kill things.


Reactivating second account soon, hoping for sale on upgrade to Battle for Azeroth.


Is there a 32 slot bag in the game? Drop from Naga near Seeker’s Vista in Stormsong Valley. 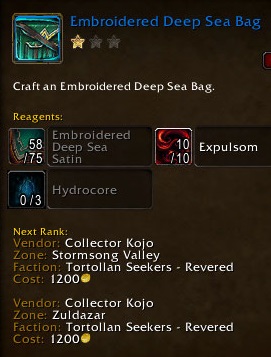 
Finally got Zandalari Cook, 150 skill points in the Zandalari cooking category.
80 Exalted Reputations
Meat Marauder Owner of the Meat Wagon mount from the Warcraft III: Reforged promotion.
Finished some Island expeditions achievements:
Give Me The Energy Heroic: Dread Chain Jorundall and Heroic: Jorundall
Finished 3 Island Expeditions to finish up my weekly Azerite bar to get the new item
Mysterious Treasure Map, a item that starts a (random) lucrative treasure map mission on your mission table. Mine is Treasure Map: Under the Ruins, and it rewards some currency.
On other, non-Blizzard news, i’ve been playing some House Flipper. Really like the game, it’s casual and you don’t have to farm stuff, just renovate a house as a job for the owners or buy one, then renovate it, and sell it for a profit.


Here are my audios for the week.  This week my Blast from the Past machine did a timey-whimy thing and brought us an episode from way back when - episode 44.  Enjoy!


Addon(s) of the week: HandyNotes: WorldMapButton
This Addon was created to work with the "Default" Woldmap but i've tested with the following AddOns to work with:
It also might work with all other Addons that does not significantly change the Worldmap itself. 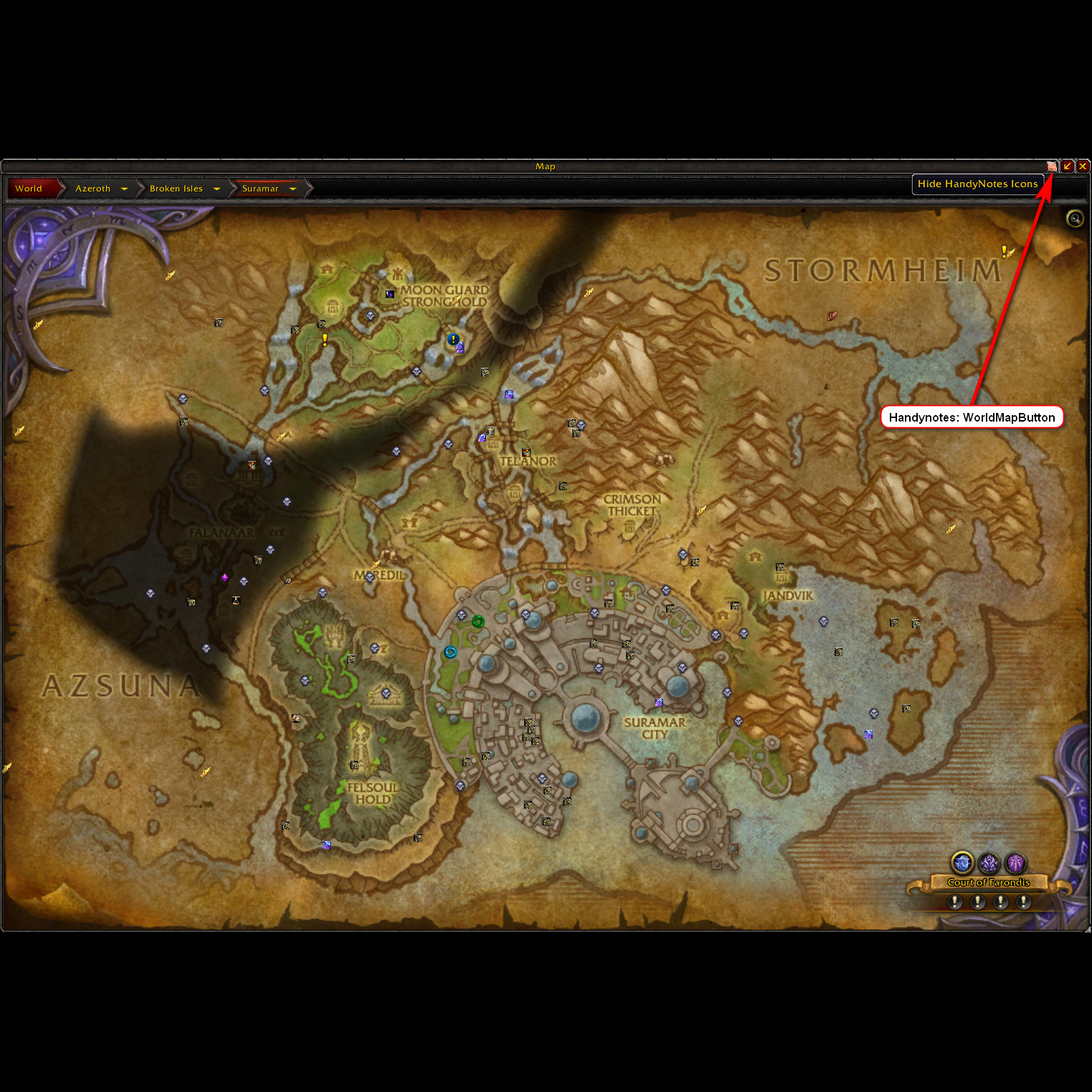 Posted by Aprillian at 2:54 PM