BEGINS Tuesday (reset): PvP Brawl Temple of Hotmogu Begins (8 am)
: Hatching of the Hippogryphs (next Sunday 23rd, All Day)

Dishna Hunter on Guild Master Wyrmrest Accord Dethroned, 9 months inactive. Level 10 Hunter will be leveled up for Alchemy transmute and play time with Chromie, I pull a Jeppy on Aprillian cuz i Can’t get her to log in alliance side…  Keep your friends close, keep your enemies closer. Since I have 4 subbed accounts I now understand better the complexities of guild management on that level. Dishna was level 1.


On Hordeside Wyrmrest Accord Aprils level 8 warlock is doing a fantastic job and I’m glad to be of service there.  I will level my undead warlock to level 10 after Love is in the Air, you can never have too many forsaken warlocks…


The Pandaren Rogue on EU is now level 11, about 60% through the starting experience, current purse stands at 88 silver 3 copper, may end up buying a token to get my gold making operation started over there since I dont have any pets to sell at the moment or any knowledge of the goldmaking EU side.


My long time friend Chaos has returned after being absent from the game since the end of Warlords, he is currently 4 levels into Legion content and restarting Azuna over and over on his profession Characters, I played about 4 hours with his hunter to get his leatherworking off the ground, this is beneficial for me as I still have not capped legion Letherworking in Legion Master of All, also need to finish Legion Jewelcrafting.  It has been a long time since I was able to put a good progress on any Zone in Legion, my friend’s DPS on his hunter is uber, we are both skinners so we make short kills of quests, mobs, corpses and use passenger flying mount to grab the flight points on his alts. I gifted him, 30k alliance side, a vial of the sands, a sky golem, 15 hexweave bags and several profession bags (engineering, mining, herbalism, enchanting). Since he can craft his own gear I did not give him any gear as quest gear will most likely replace anything I can offer.  I did request him to make a blood elf to help me out with stay classy hordeside, he was agreable and made a blood elf priest, I joined him in the starting area until level 5 then ported the 2 of us to Dalaran (North Rend) I offered him 3 hexweave bags, and 2 Herbalism bags for his alchemy, I also gave him 8000 gold which will take care of his flying upon reaching level 70. I don’t expect him to boost anything, that is not the style with which he plays, rather I expect him to cap at level 110 or 120 and wait a few months to buy Shadowlands, his income can be slow So it’s all a matter of slowing down with him and finding content that i can party sync with so we can bunny hop the quests and I get gear reward and excellent source of Experience to level with Hunter or any class for that matter.


I sent myself a Recruit-A-Friend on Hearhstone for EU, still missing 3 emails to join for my Shaman Portrait reward, it was a simple process once I figured out the email part when logged on the game.  I also purchased the solo Adventure for Descent of Dragons, there are cards in there which are either not available or very difficult to craft if you don’t have a lot of dust, the league of E.V.I.L has set decks and special powers and the League of Explorers has the counters for those decks, moves etc.  It’s very much like playing chess, you get to practice with a fixed deck and then you get to play against that same deck with the counter to it and try to win both versions of the same fight. Interesting Artwork, Interesting Moves, Interesting Mechanics, very much like chess, Fatigue and Cunning both play a heavy part in the game.  I played a game after the 6 practice intro and 3 wins against random opponent, My EU mage vs My US priest, Mage did remarkably well until turn 9, then ran out of DPS to keep burting down minions, wrong draw meant the overpowered 16 attack 16 health legendary dragon my priest buffed was cleaning up in turn 10. 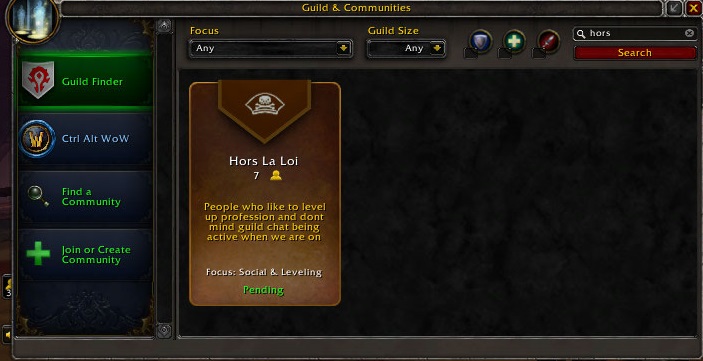 Guild inviting myself and what that looks like when the GM sets up recruitment advertising for 30 days in guild finder.  On thorium Brotherhood, pet battlers and profession junkies alike welcome. 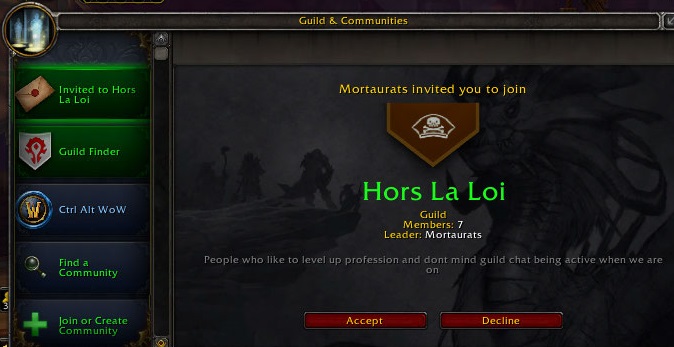 
It's been quite busy lately between parent teacher conferences and our First Robotics team putting in some overtime trying to get our robot ready for a week zero practice match.  No time for playing yet, but the old and new episodes help keep me in the game.


Here are some clips from episode 399.  This also includes a clip from a different episode that seemed appropriate for this time of year.  Enjoy!