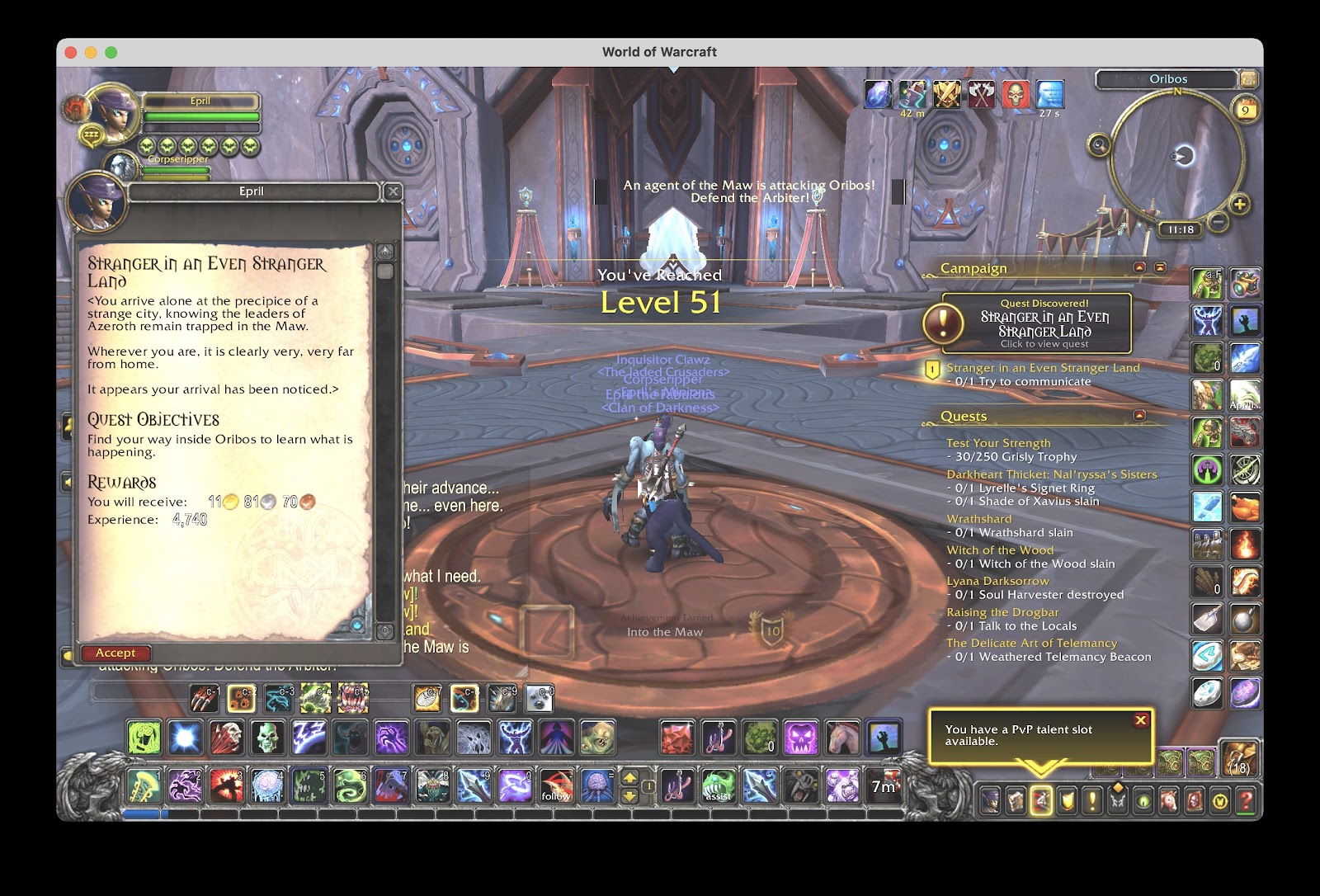 More of the farming stuff, more of the auction house, less of the Maw 2 shot dead rogue on the floor.

I finally have enough followers with my Warlock that i can run two missions at the same time.

I suppose I should pay more attention to the twitter to catch show times -.-

Attached are my audio and this week's Blast from the Past the second part to episode 430.  Enjoy!