We've put our audio in the drop box, yay!! SO very, very, very sorry we missed last week, it was all Juuno's fault and she felt absolutely horrible when she realized she missed it...sorry!!  There are two links listed below reference some of the news and we hope everyone is doing just fabulous this week!

AIE Remembrance Day.
Battle.Net client - got an invite on the other account after complaining last week. Sadly, no support for two installs of the game.
Grand Master Pet Battler - win 1000 battles
Rooky Pet Crew - 30 level 10
Crossed alot of “must level” off my list this week. Up to 36 25’s. Notably
Working on Raiding with Leashes II. This week, got
Netherspace Abyssal, Lesser Voidcaller, Fiendish Imp

Ding 90 on Mage. Pretty much entirely on Pet Battles. Pales in comparisons to Jeppy’s efforts, but happy nonetheless. So enthralled by that, didn't even pick a talent!

Realised I need to get cracking on legendary chain, but can't decide what toon.

Did LFR. Folks now bypass trash on Ji Kun by jumping off ledge while logging off and you get carried up to the platform. However, "noobs" that couldnt do it got kicked :(
Stuck around anyway and won tier pants - not an upgrade
No other loot except for offspec belt in the bag

Hello dear friends of the intrepid Clan of Darkness Aprillian, Ashayo, El Jeppy, and Tedra, (and maybe a special guest or two)its your long lost palls the Nekronomicons. We hope everyone is well and happy both in and out of game.
We're back from a brief hiatus from adventuring in Azeroth. Work and life got to be a little too much over the last few months leaving us with no time to play our favorite game.
Between touring through China with the DreamWorks cast (as Shrek) and installing the new DW character program at the Sands hotel we have been absolutely swamped with work. Things have finally calmed down and I hope to have some time to play a little wow this weekend and catch-up with our much missed friends and podcasters.
I have included a few pictures of the some of the things we built, a link to a short video of the opening day of our character parade and an audio submission for this weeks show. We hope you will forgive us for vanishing for a wee bit.

Cheers and many thanks for your wonderful podcast we missed you all so much. 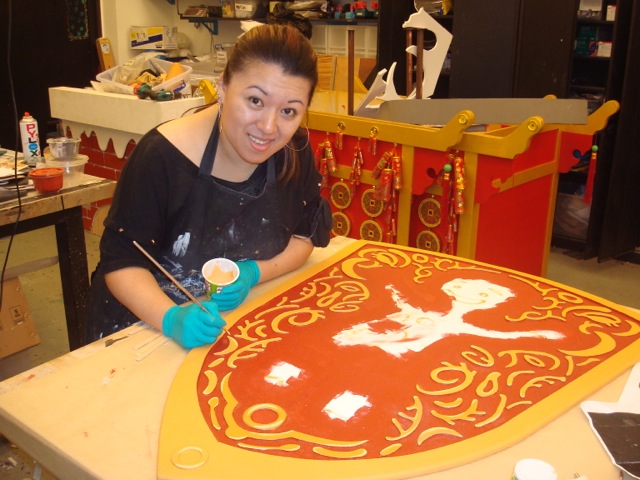 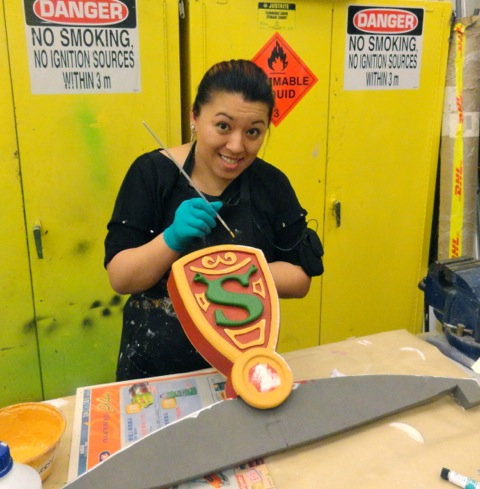 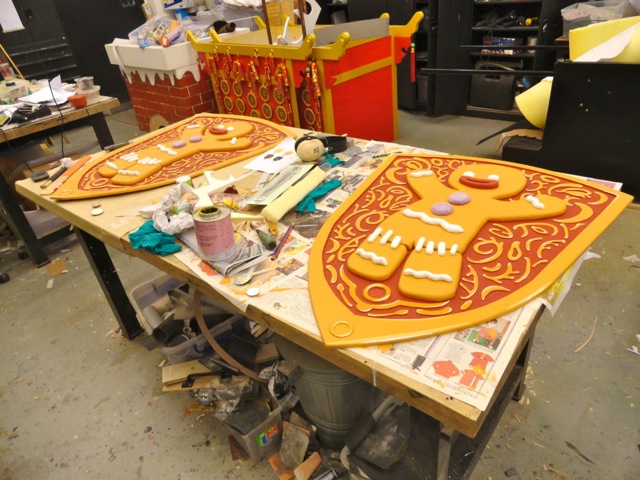 All ready for the big parade 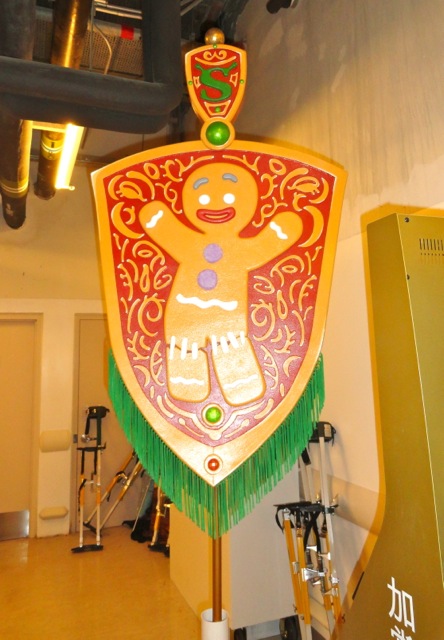 Making an Axe of myself 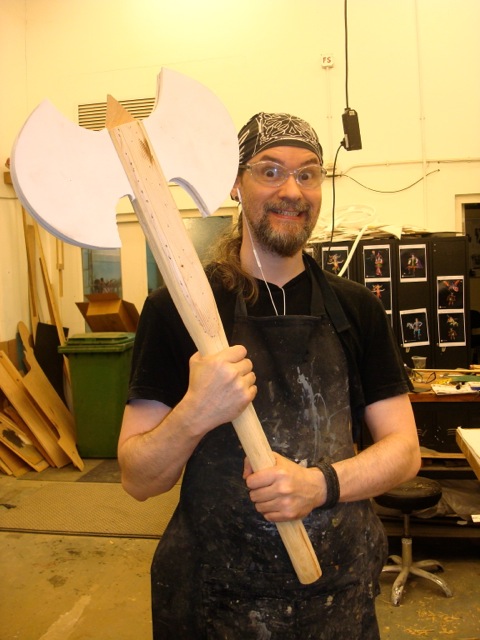 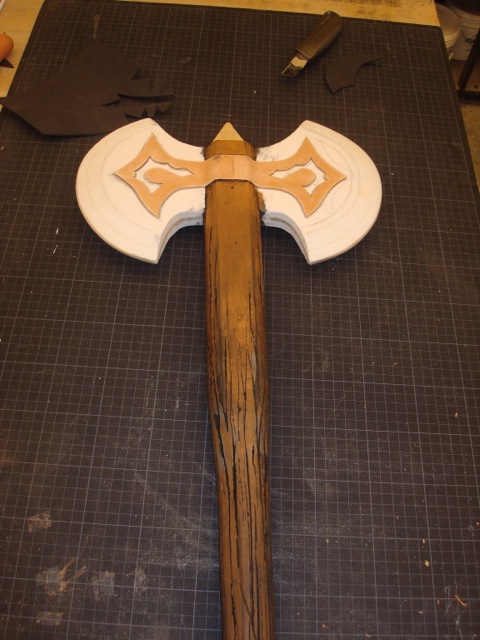 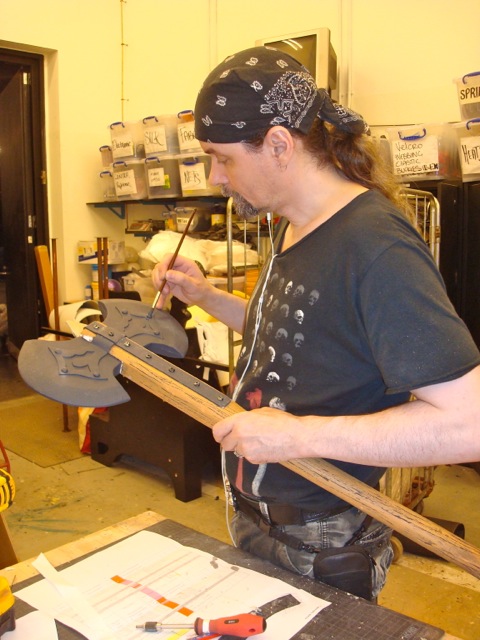 And a shield with mad stat bonuses 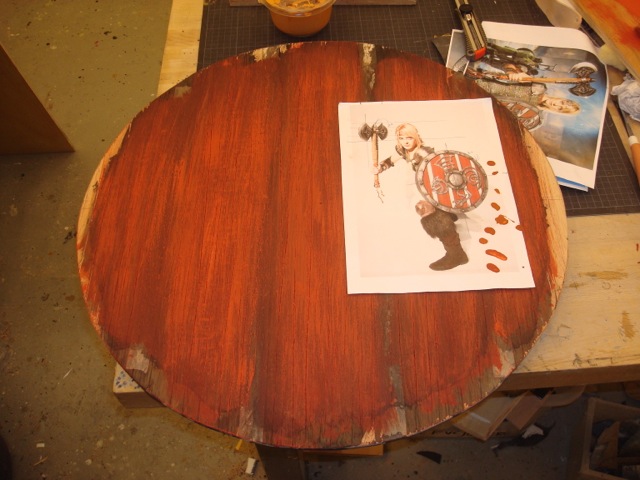 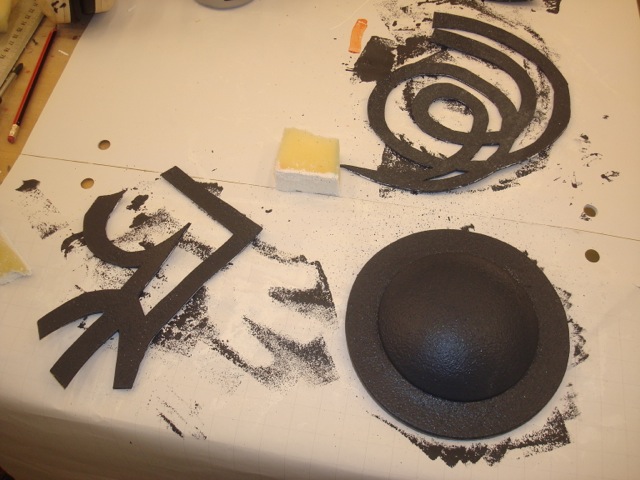 Ready to tank the boss 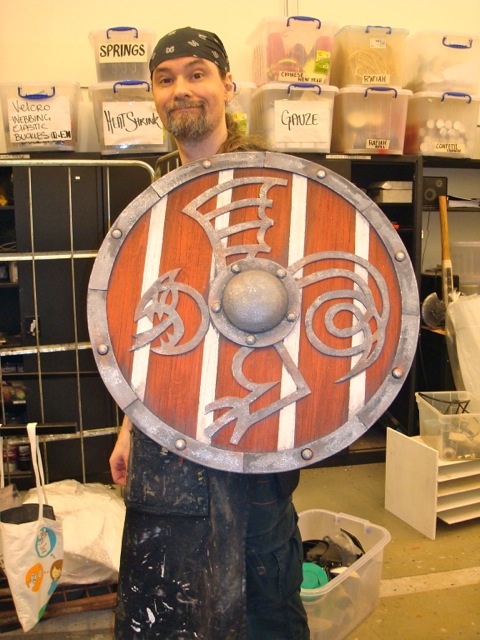 All finished and ready for battle 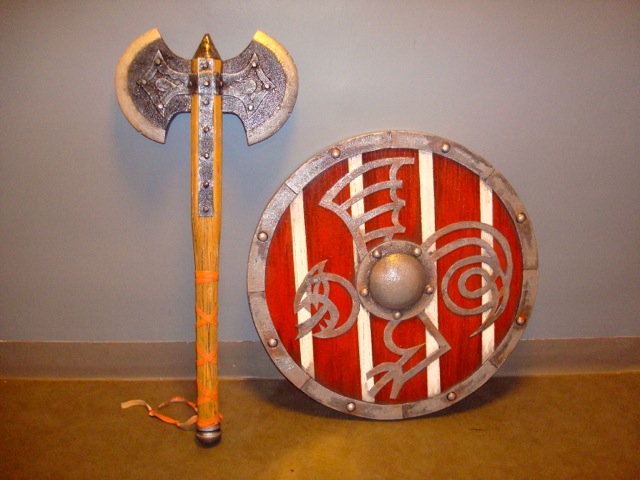 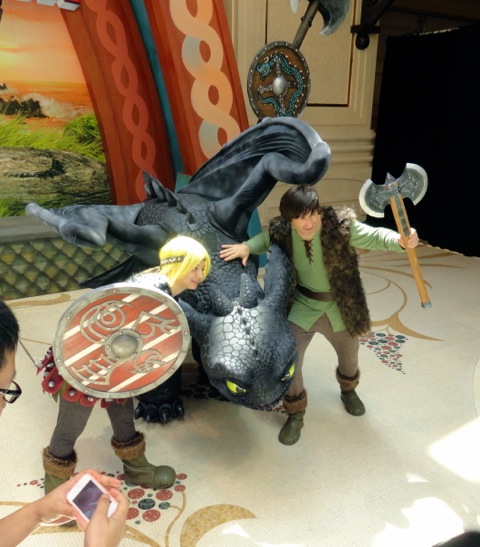 Sorry another week without audio I blame shadow run returns the walking dead and the fact that I am pretty sure my graphics card has packed it in I will know more when I can afford to get it looked at. Well hopefully everyone is going well and everyone have fun raiding I may not be able to play anytime soon but I will be there in spirt.

And for my computer not being a total wreck.

It's been a couple weeks since my last email so I figure I'd send in a quick update to my adventure in horde land. My troll rogue has made it to level 68 and is ready to leave Outlands. Even with the quests i haven't seen or plain just don't remember that area is really pretty boring. Thank goodness with the XP changes you can take the boat to Northrend after a few dungeons. Hopefully the great white north will be more fun, but somehow I doubt it.

Now to the embarrassing part of my email... I've been trying to upgrade my existing pets to rare (as a wise man once said "if its not blue, it's poo") and after battle 11,173 looking for a rare undercity rat i finally caught one!  Guess what happened next. Yeah... I kinda accidentally released it instead of the common one i had from earlier. Whoops... No worries, I did catch another one a few days later, but now I'm terrified to release any pets.

Before I go, I'd love to become a member of Clan of Darkness and i was wondering who i can contact to make it so. It's getting weird playing without a constant stream of green text in the corner of my screen =P


hello to the ppl that are in the recording that reads my e-mail, and to those who where doing their parts yesterday:)

here is my submission for CAW 330.

The Addon i am talking about can be found here:

Here's a little update from my side of the solar system. I've been playing a little more Wow these days. It's a very necessary stress relief, or just an escape, I suppose. Work sucks.

I read an interview on WoWinsider  with Bluemain, who has every slot on his WoW account filled with Level 85+ characters. Quite an altoholic. I wasn't sure if he was multiboxing or not.  Still a feat either way. I'd love to have that kind of versatility to do elder game on different servers with different groups with so many options. However, I think the process of leveling so many toons and having so many to choose from could wind up being a problem. *head explodes*

Well, have a great week everyone,


Hello Ctrl Alt Wow! Just wanted to send in a quick audio note and say hello! Hope to see you all in game soon!
Acefisher


Clan of Darkness
Had a blast Raiding with the gang Friday night!
Take care,
Donnie