made a little audio before getting ready for the convention. Enjoy


Cat form seems to be very good - killing things in 2 swipes
Moved over to Darkshore and been killing bears, cats, horde npcs (which just feels wrong!)
Staying away from stags as they like to hit hard, stun then you can’t heal so you end up dead… RIP my Blood Thirsty Shaman! 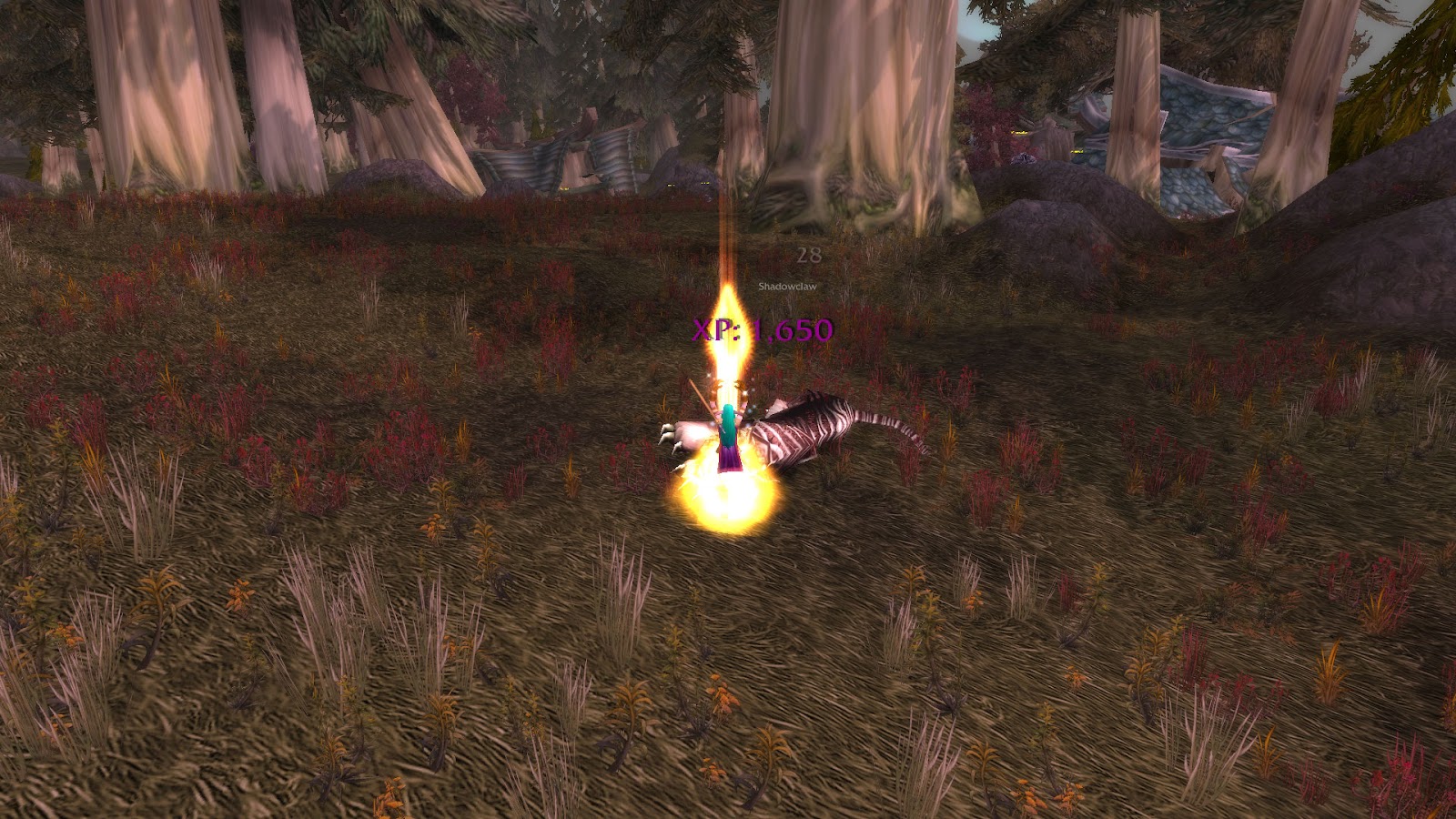 
Managed to move over to Silverwing Post in Ashenvale and feeling like i can move abit more freely.
Watching what quests i am picking up especially if they are vehicle ones.


Currently am down in Northern STV 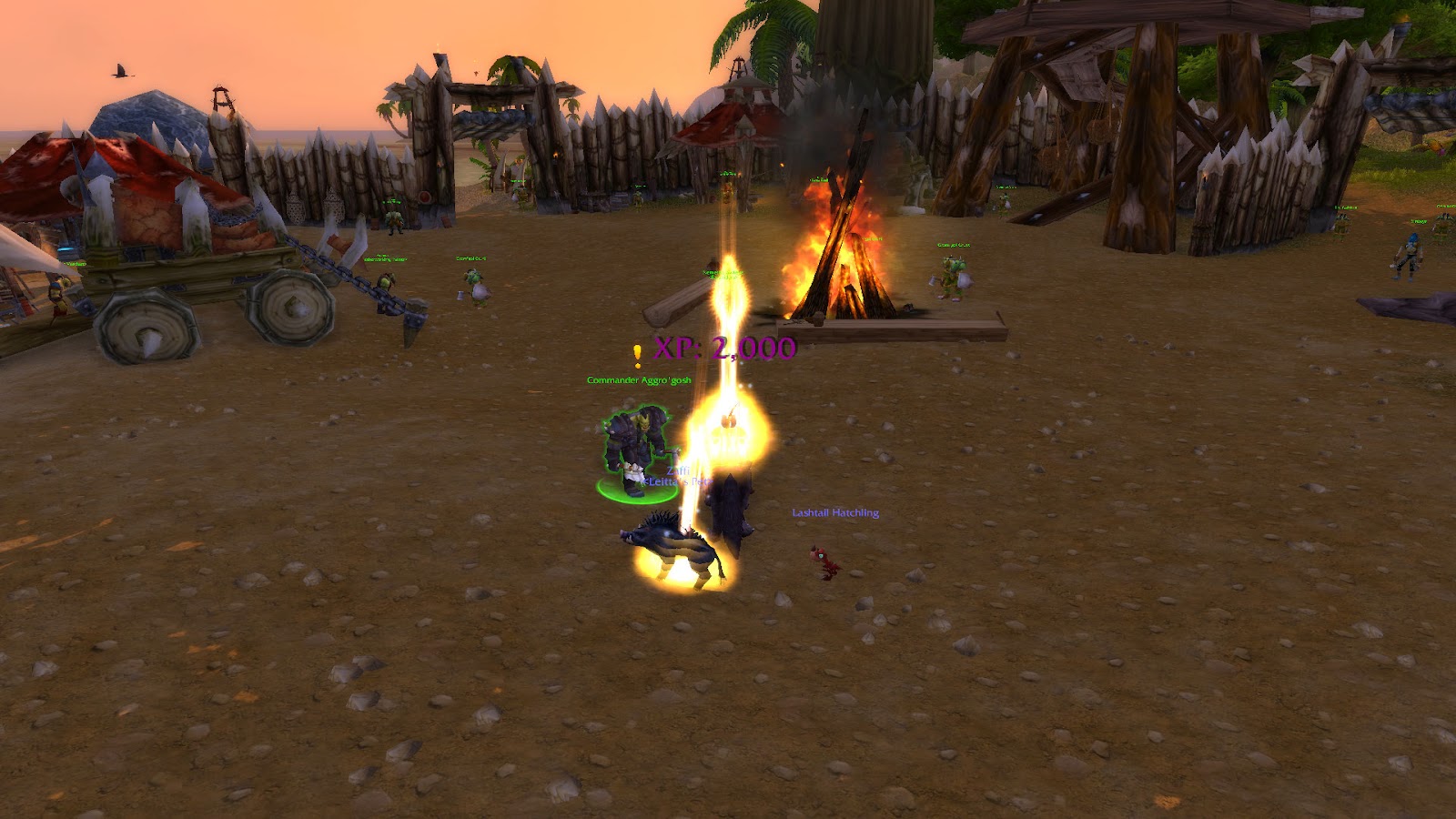 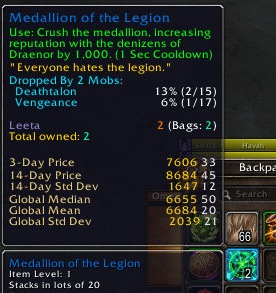 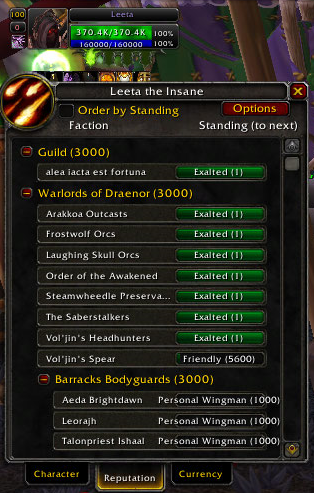 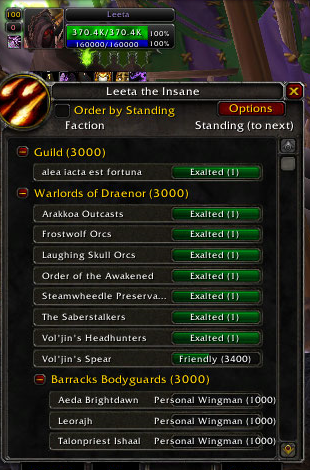 
TI has still not been kind! Jakur and Osu still have not dropped their items and as for Monstrous Spineclaw - only managed to get it to spawn once this week. 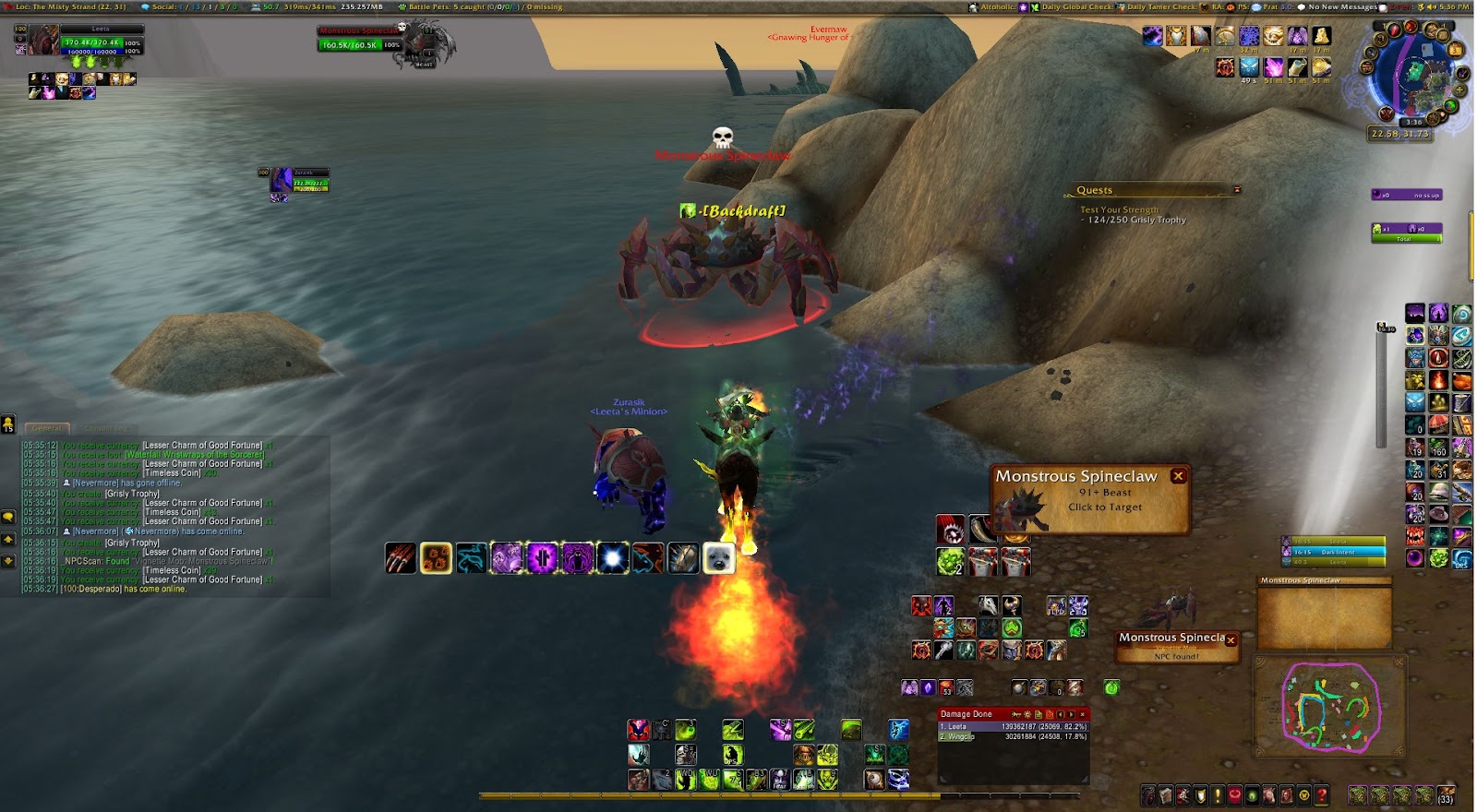 
Spending time waiting for the 4 World Bosses to spawn and hoping mounts will drop thou no luck this week however have managed to get 3 Medallion of the Legion.
Most of my week has been in Fang’rila chasing Blackfang Claws!
http://ptr.wowhead.com/guides/reputation/wod/the-saberstalkers-guide

Leeta of the Jungle!
http://ptr.wowhead.com/achievement=10265/rumble-in-the-jungle 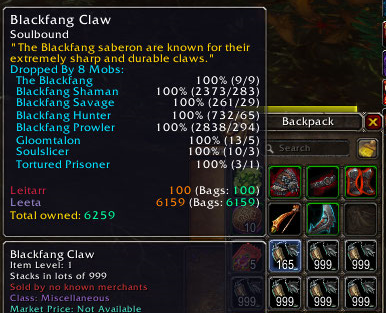 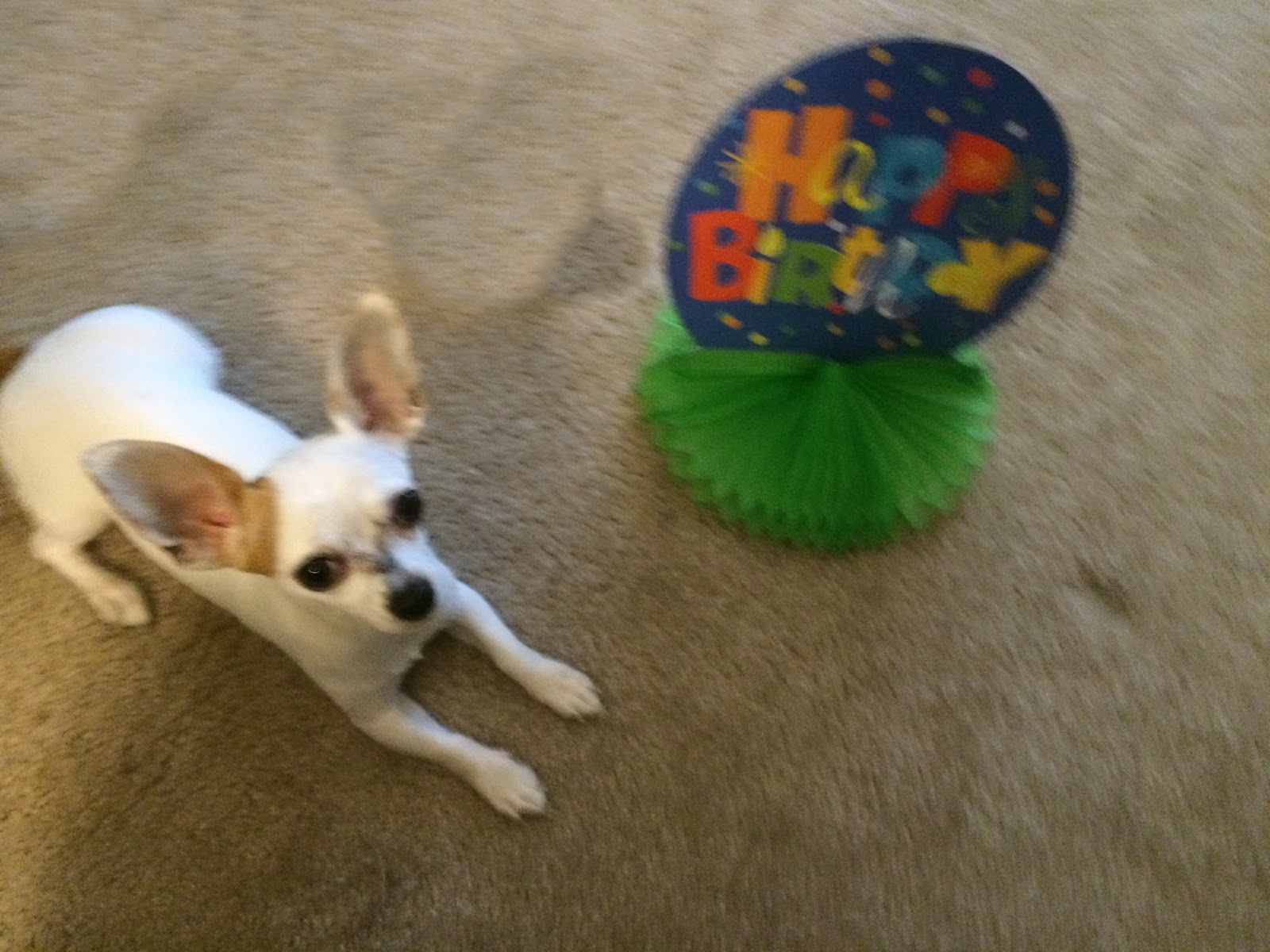 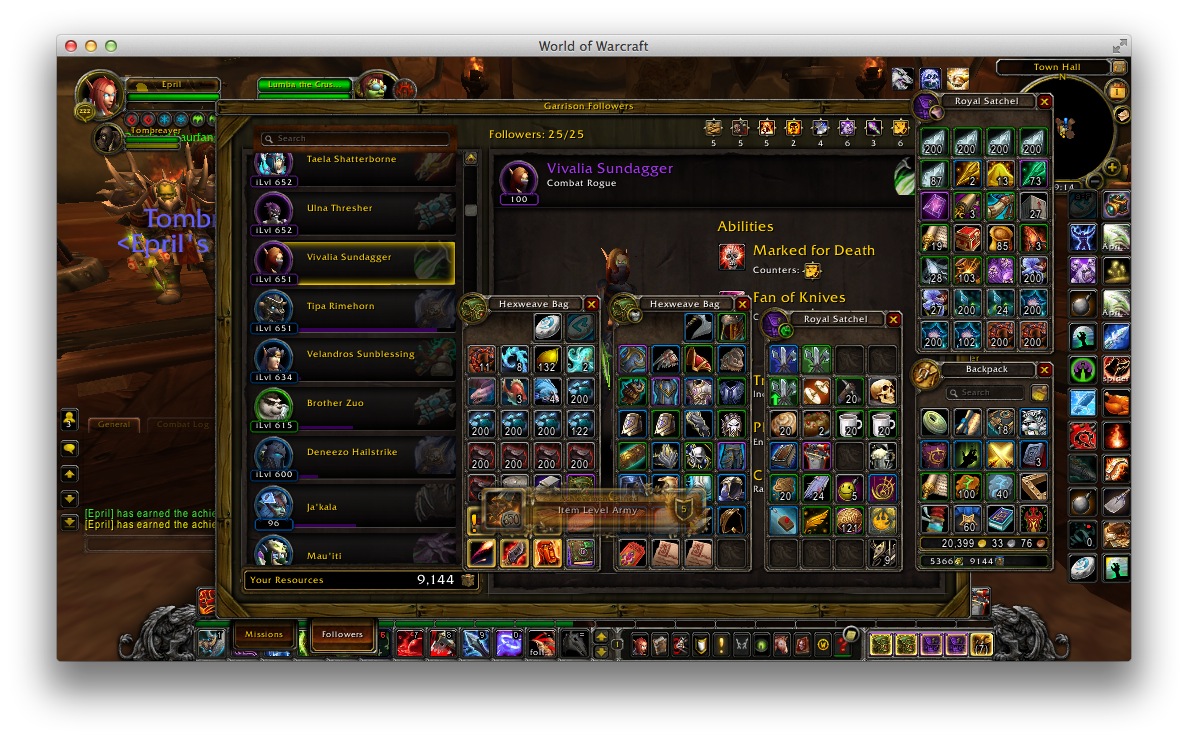 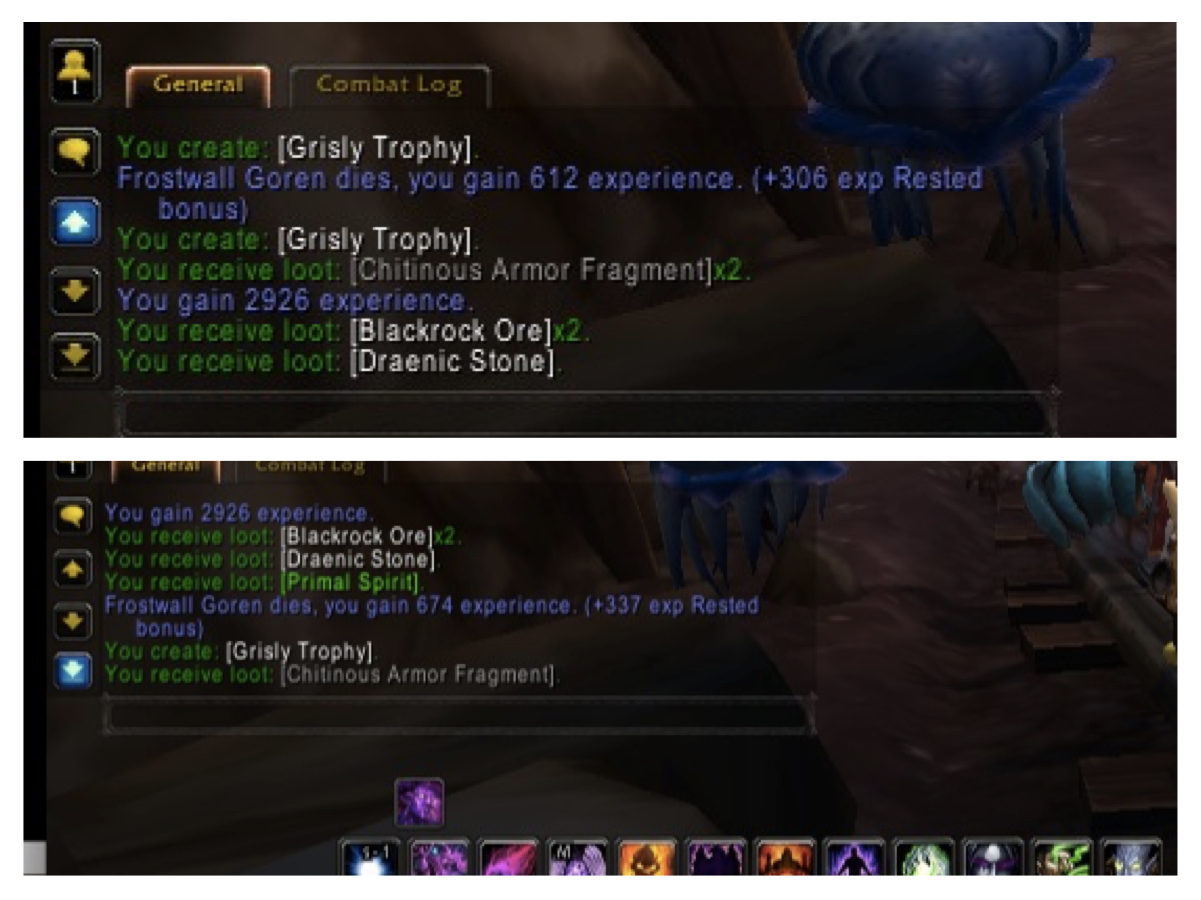 A simple re introduction
First up sorry no audio again this week as I have got family over and so I had a lack of game or record time on the plus side I have my brother near me so I may mock him as I see fit. Second reason well I am feeling rather smug at calling the new class if not expansion yay for the return of captain fancy pants who makes all the demon hunter girls go swoon. Thirdly I been listening to a lot of podcasts lately where the hosts have revealed hard truths about themselves or spoke of seeing people for help to deal with there own personal demons. I fully support them in there actions as it takes much strength of charter to admit these things and get help if needed. Personal I get along with all mine so no need to seek any aid but people new to the show may not know me so I thought I shall take this time to re introduce myself. I am called Big G here Juuno named me this for she found gravenau to much of a mouth full before that I was cyberwolf80 before that I was a youth named Garry but that was long and many fetishes ago. Right to the juicy parts I have never been convicted of a crime see how I said convicted that doesn't mean I am a angel far from it in the past I been accused of being a pedophile, cyber stalking, cyber rape ( yes kids it happens and it's just as screwed up as the real stuff) , credit card fraud (The joys of looking for love on the Internet) and theft. I have ran over in a car two people one a small child (technically they rode into me but my car was the winner) I don't like people as a whole I find most social interaction both boring and frightening (I'm really shy in real life and find it hard to make friends) in equal parts. I love animals and it's ok to love them just not love them in that way haveing said that I love my meat be in from the sea or land no vegan for me. I am a really honest person with lil empathy so I come across blunt and as subtle as a sledge hammer I also have lots of mercy very lil compassion thoe ( so I say how much I like you as I pull the plug). I approach most arguments logically if not with a great moral compass basicly I see no reason for bad people or really annoying people to stay breathing. Yes I know I am a hypocrite but I have many knives and such so I feel I am always in the right I not a really violent person I not one to pick random fights with strangers yet I am drawn to battle. If I am not fighting with someone or something I generally turn on myself and frankly that's just depressing I have contemplated suicide in the past and got really close a couple of times (again many knives place near my throat no wrists for this lil duck). All in all I am a truly flawed person now you may have heard this and it may change your mind of me you may not like me after hearing of this please know this should not cast blame on any others or the show. If you choose not to like me I fully support your choice but trust me on the fact that I honestly don't care ether way for if I was really worried about people thought of me I wouldn't be the person I am today life is to short to live with the views of others as your outlook. Massive stream of words is massive no idea why I am writing this pretty sure just needed to get it out as a form of support for the other podcasts I listen to a way of saying lol you thought you had issues. Well I should wrap this up soon I am not on medication I don't see anyone for my urges mostly because I see no reason to and the later because if you live in a world of wolves and sheep be a sheep dog so you can have the best of both worlds. Closing not into kids in a sexual way the rest guilty as charged plus the pedo thing was close a simple misunderstanding on my end a worried mother on the other end and laws not in place yet to convict someone on the other side of the planet.


And for the people still struggling stay strong because life is never easy rarely fair and doesn't care about kicking you while your down but know that everyday your above ground your pissing someone or something off and that makes you a badarse.


Attached is a short email update.