Ctrl Alt WoW Episode 621 - Killing Stuff And Having Fun!!
Aprillian, Constraxx, Vrishna, Grand Nagus and guest hosts discuss another week of playing World of Warcraft, Blizzard's greatest MMORPG. The show features audio segments and email submissions from our lovely listeners. Guild Round up from Constraxx.
If you want to join the conversations on the show, we have a live chatroom with in-game giveaways moderated by chatroom-guru Constraxx. We record Live on our Twitch.tv page twitch.tv/ctrlaltwowpodcast
We also have an ongoing contest. Send an email to ctrlaltwow@gmail.com telling us how you play WoW, either as an altoholic or dealing with it in your family life to being placed in a drawing for a WoW Pet or an Authenticator.


This week in WoW:
Darkmoon Faire is up and running.
The Eternal Palace Raid opens in Normal and Heroic mode
Pet Battle Bonus Week

There are two waterstriders, the first, and most common one, you get from The Anglers exalted rep, and you can get the other one by fishing in your Level 3 garrison with Nat Pagle as a follower assigned to your fishing shack.
Also you can use Timewarped Badges (Timewalking currency) to get the rep for The Anglers really fast. And since the 200% rep buff can be activated for the last leg (Revered → Exalted, it will be faster then non-Pandaria rep to grind.


Blizzard announced that WoWClassic in Europe will launch with french and german servers from day one, contrary to their original statement that said there would only be english language servers available in WoWClassic.


Changes to Mechagon include:
Chain Ignitercoil is no longer sold by vendors in Mechagon. 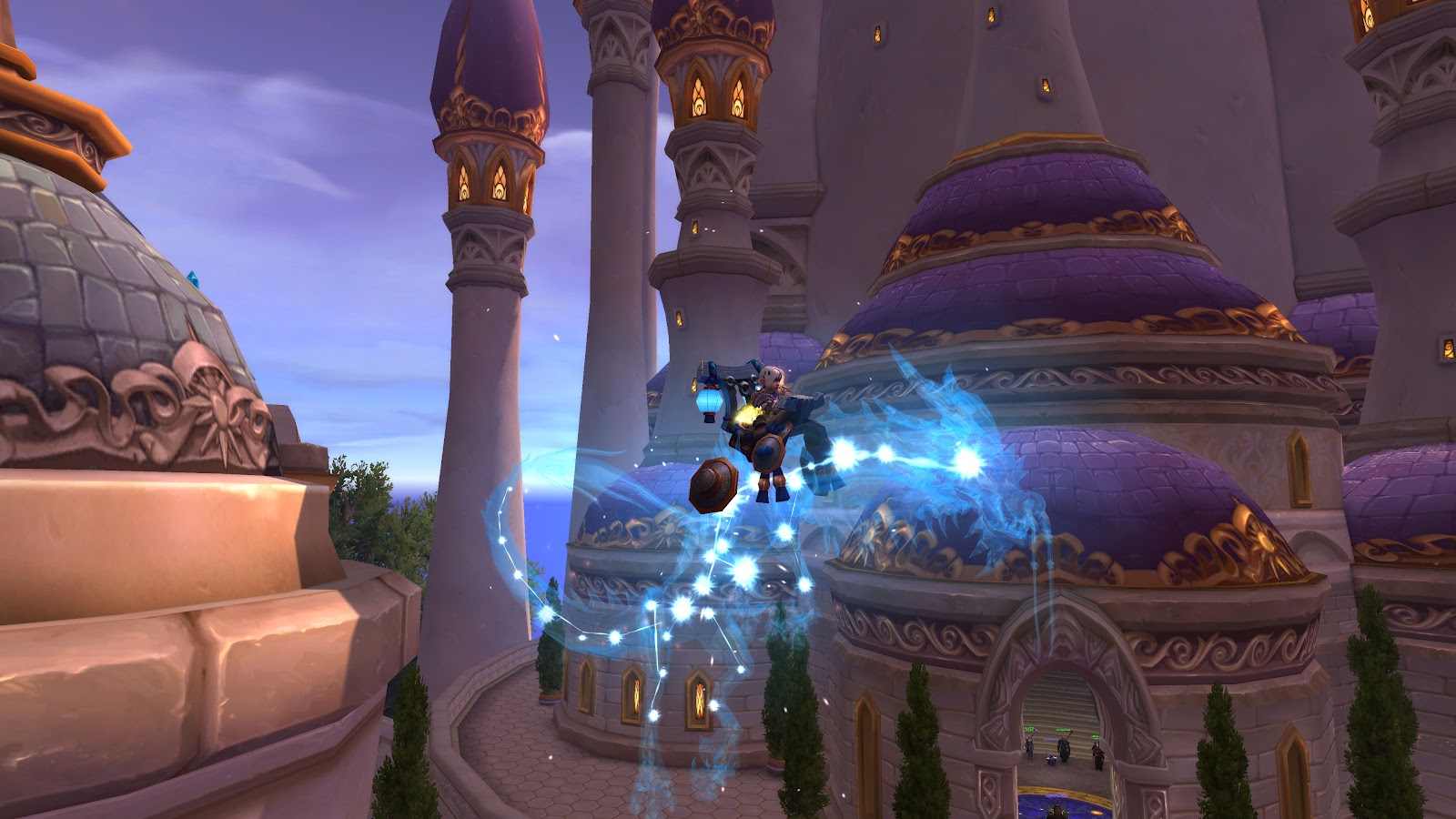 Started a Sin’dorei Hunter greenman. She reached level 21 earlier tonight in Ghostlands.
I did all of Eversong Forrest and all of Ghostlands up until the quests leading into Deathholme. Those i will not touch with a ten-foot pole. Way too risky. There is a reason it’s called Deathholme, you know.
Down to 1 item to complete the 25man Naxxramas transmog set for Rogues, Heroes' Bonescythe Battlegear only need the wrist piece to drop.


I nearly forgot to send this in!  Thankfully the twitch notification reminded me.


Nothing too new this week.  I did some world quests to gain reputation for the new factions in order to eventually unlock flying.  I also did some more leveling on my alliance toon so that I can earn that achievement and mount for having 120's on each faction.  There was also this game called Mario Maker 2 that came out last week, so that has taken up a lot of time as well.


This weeks Blast from the Past is from episode 377.  I hope you all enjoy it!