Aprillian, Constrax, Vrishna, Rain and guest hosts discuss another week of playing World of Warcraft, Blizzard's greatest MMORPG. The show features audio segments and email submissions from our lovely listeners.
If you want to join the conversations on the show, we have a live chatroom with in-game giveaways moderated by chatroom-chick Rain. We record every Saturday at 6 p.m. EST / 8 a.m. (Sun. Australia’s time), on our Ustream page! http://www.ustream.tv/channel/ctrl-alt-wow-world-of-warcraft-podcast
We also have an ongoing contest. Send an email to ctrlaltwow@gmail.com telling us how you play WoW, either as an altoholic or dealing with it in your family life to being placed in a drawing for a WoW Pet or an Authenticator.

I've had fun in game this week for about 2 or 3 hours, just running around my garrison mining and doing 2 warsong gulch and 1 Heroic, and 1 LFR, I'm gonna miss topping the Meter on trash pull with my MultiStrike going off the chart for the big big pulls.  I've been making gold an unconventional way this last 2 weeks I look for the LFR that rewards a satchel for DPS and queing for that, it rewards 4 to 6 baleful items for my alts and about 500 gold each run, I can't say if there is a mount or pet drop in the bag I have not seen one drop yet.
I will be at the Hospital this afternoon and I will make sure to listen to the podcast this coming week as the crazy hours of work will be forcing me to spend a lot of time driving and requires good sleep to manage this.

I've included a screenshot of tedrah's new mount, she mentioned in one of the episodes where she was doing the chatroom wanting it very badly and I was able to get a hold of her this morning to hand her some coin to buy it straight out.  She thanked me profusely and i'm glad I was able to hit a good item on her warlord's bucket list, here is an attached screenshot(s)

I hope you have a superfun week in WoW, I wll catch you on the flipside, 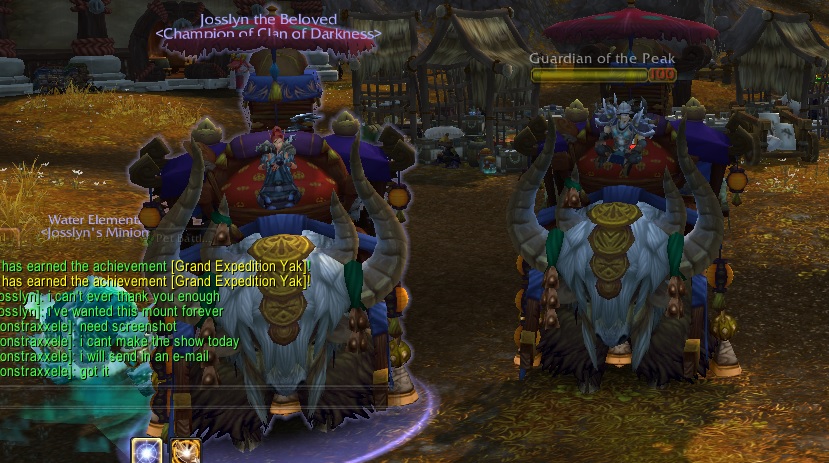 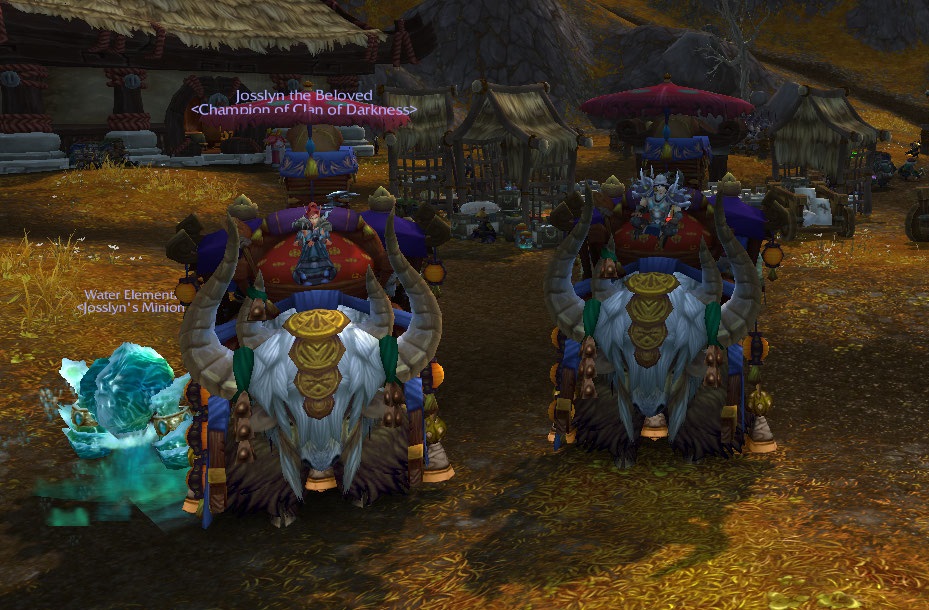 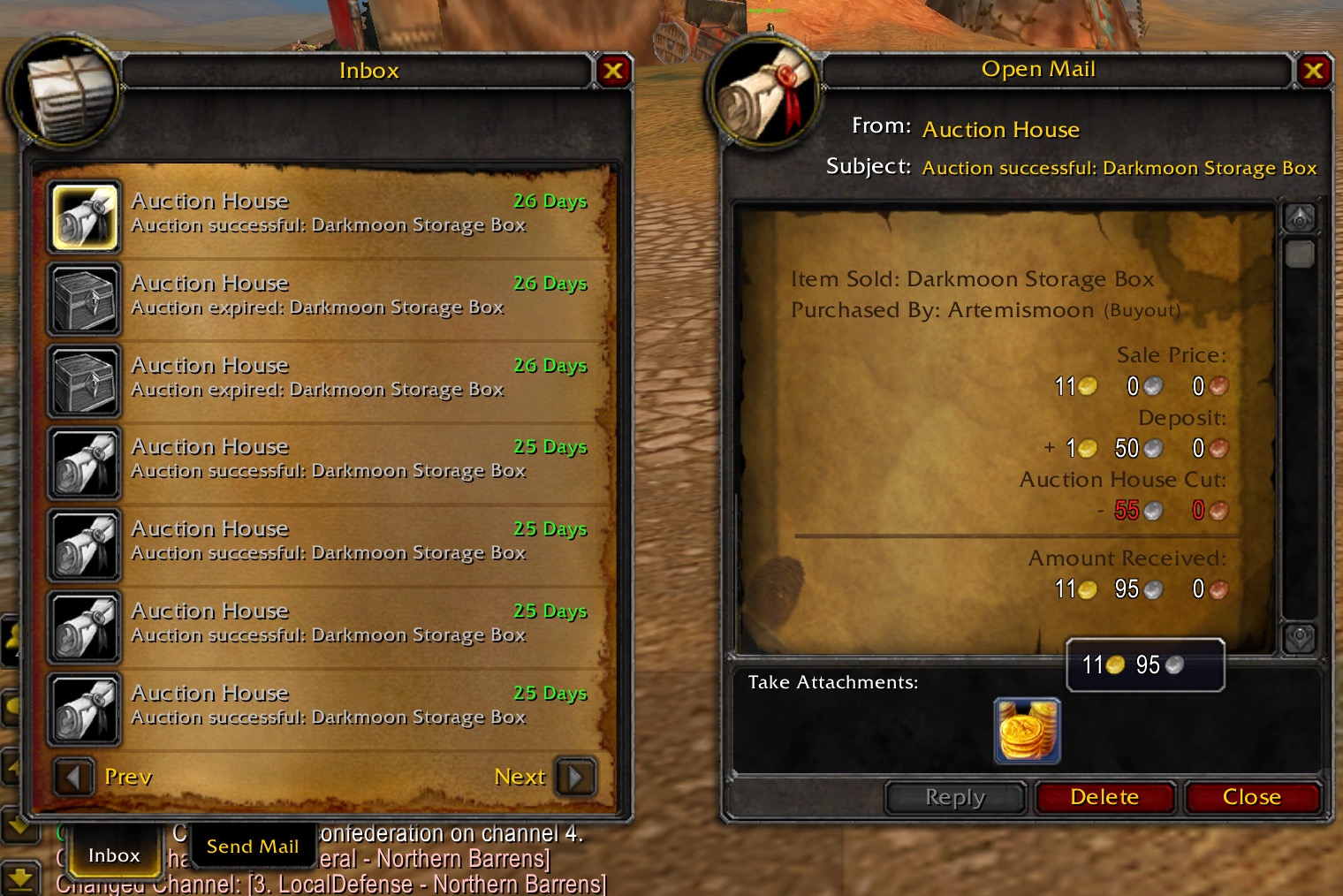 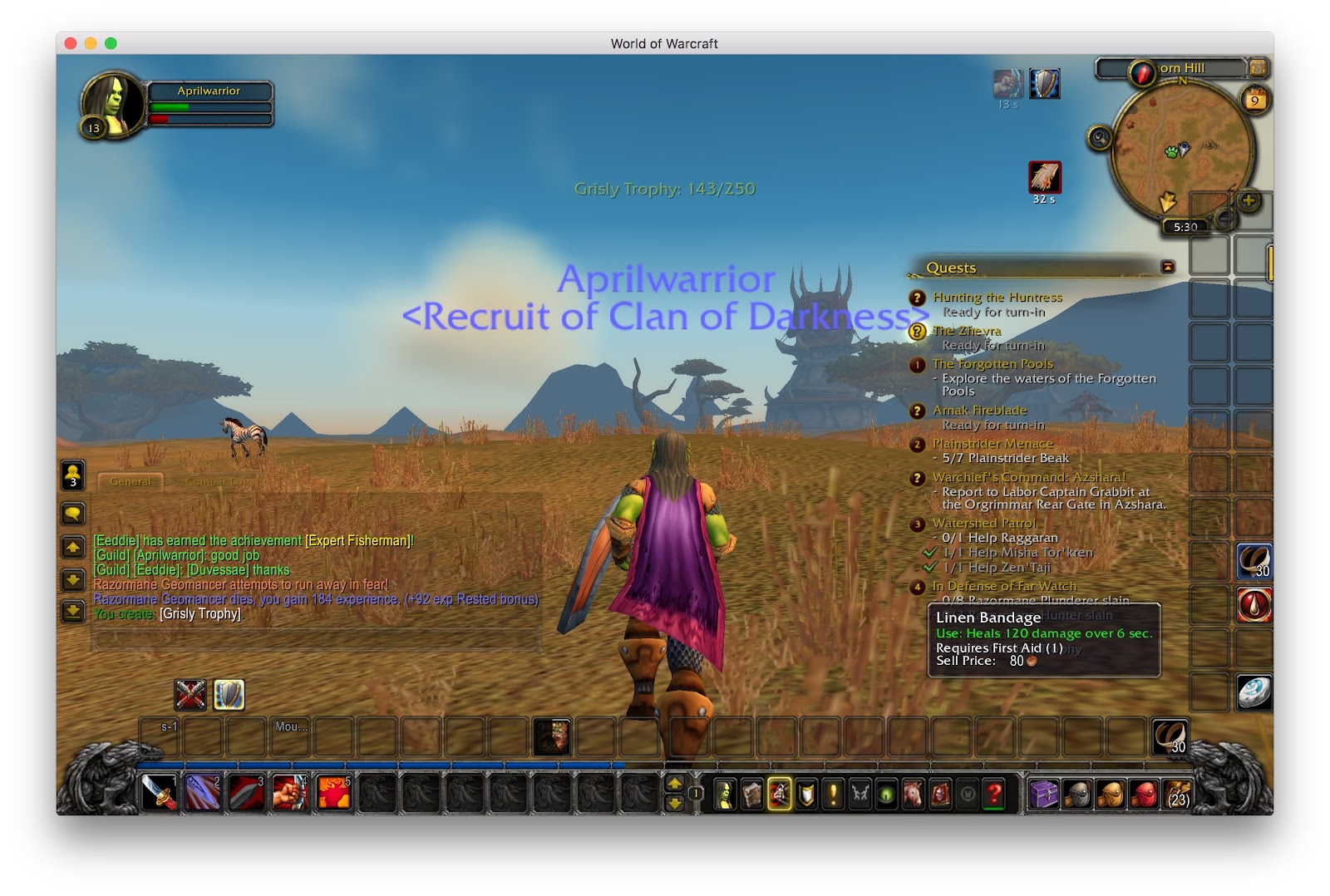 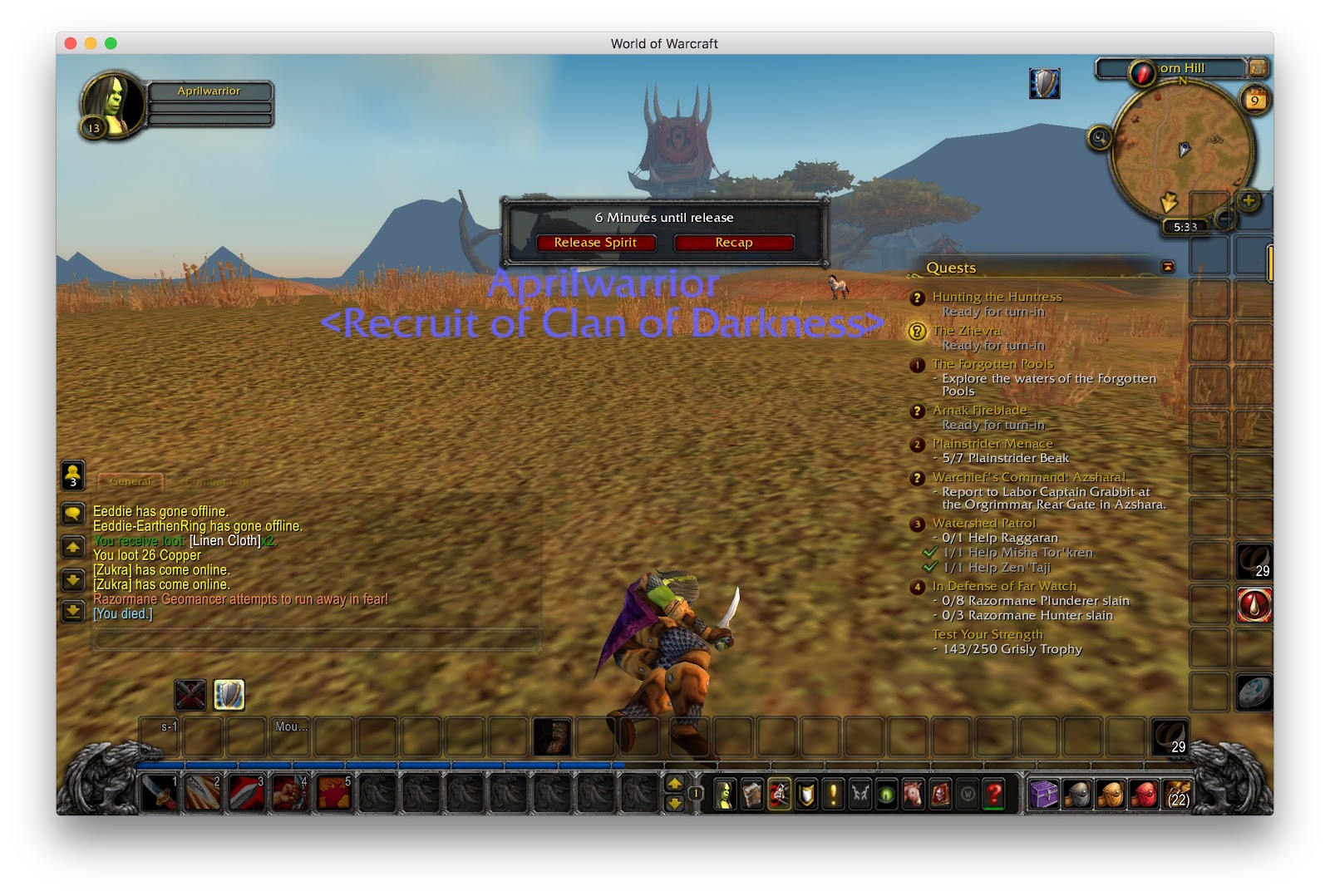 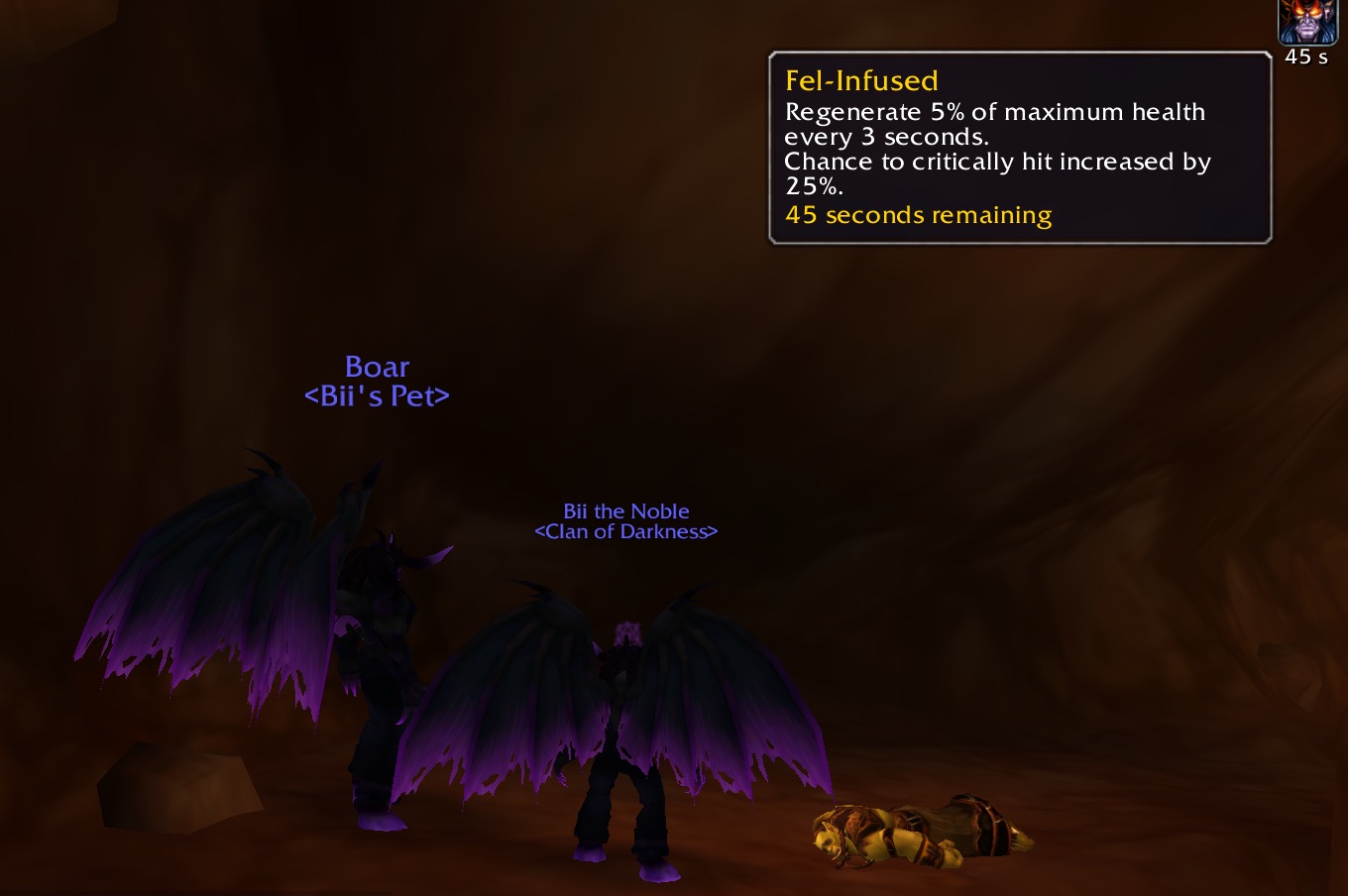 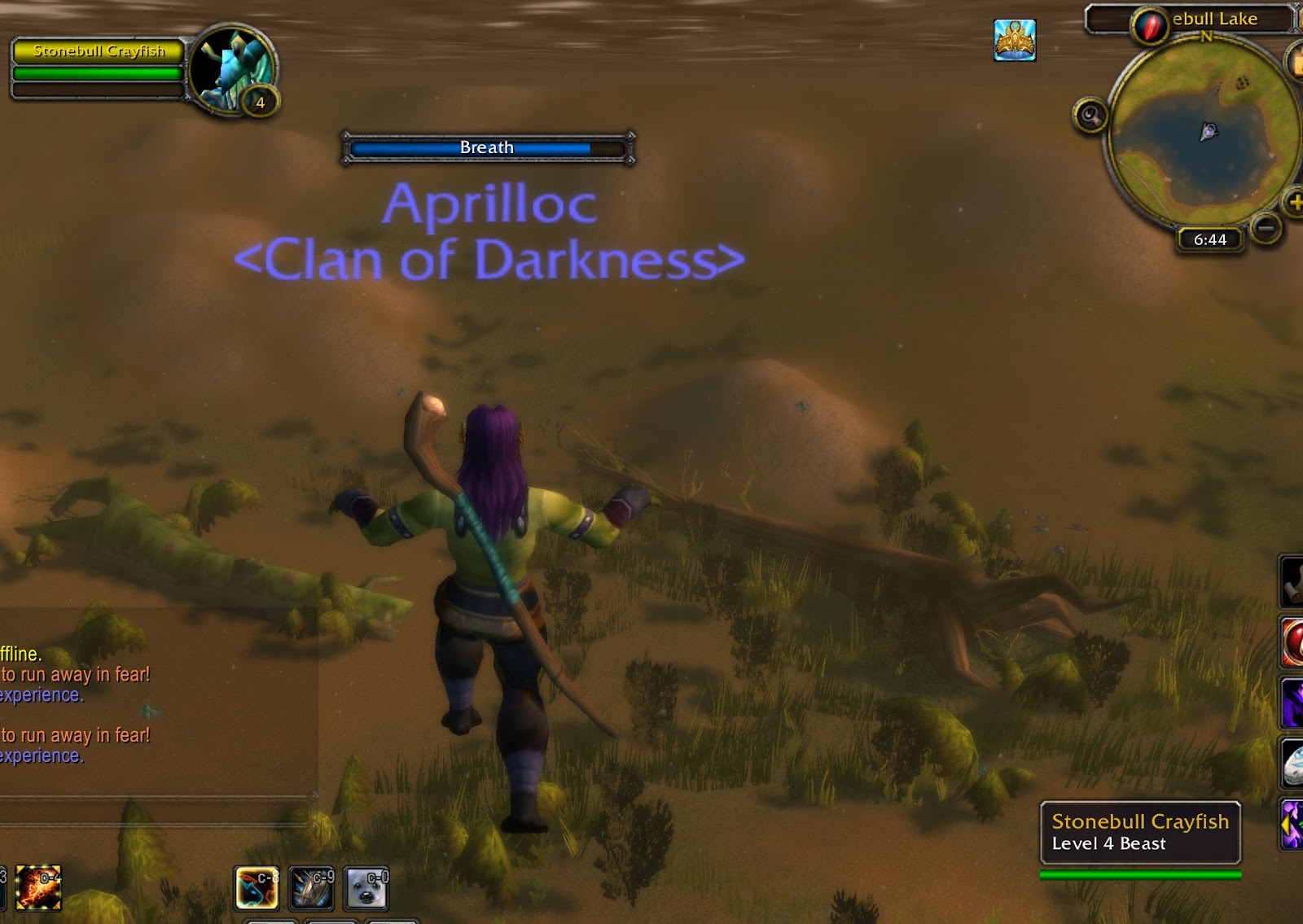 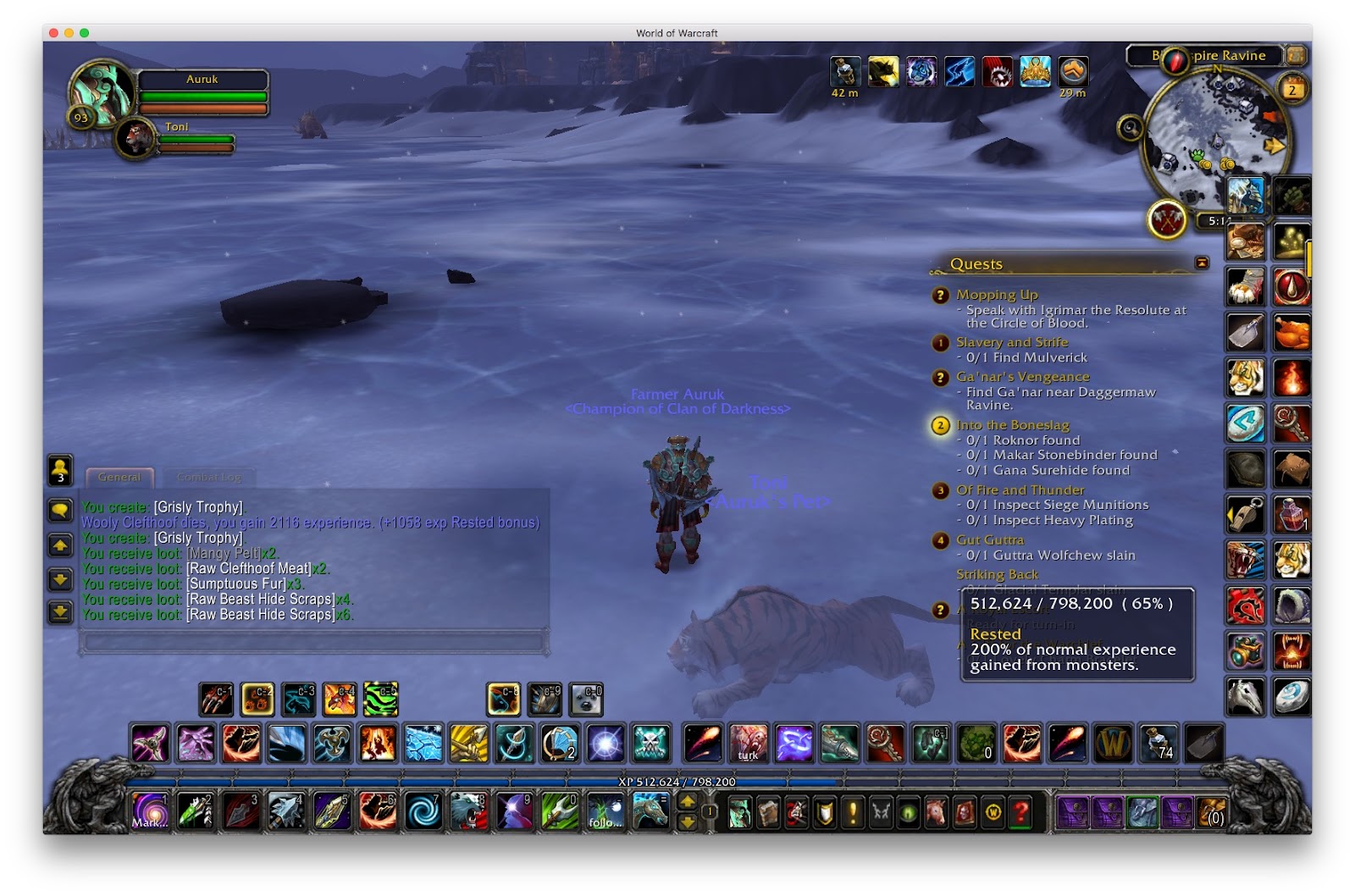 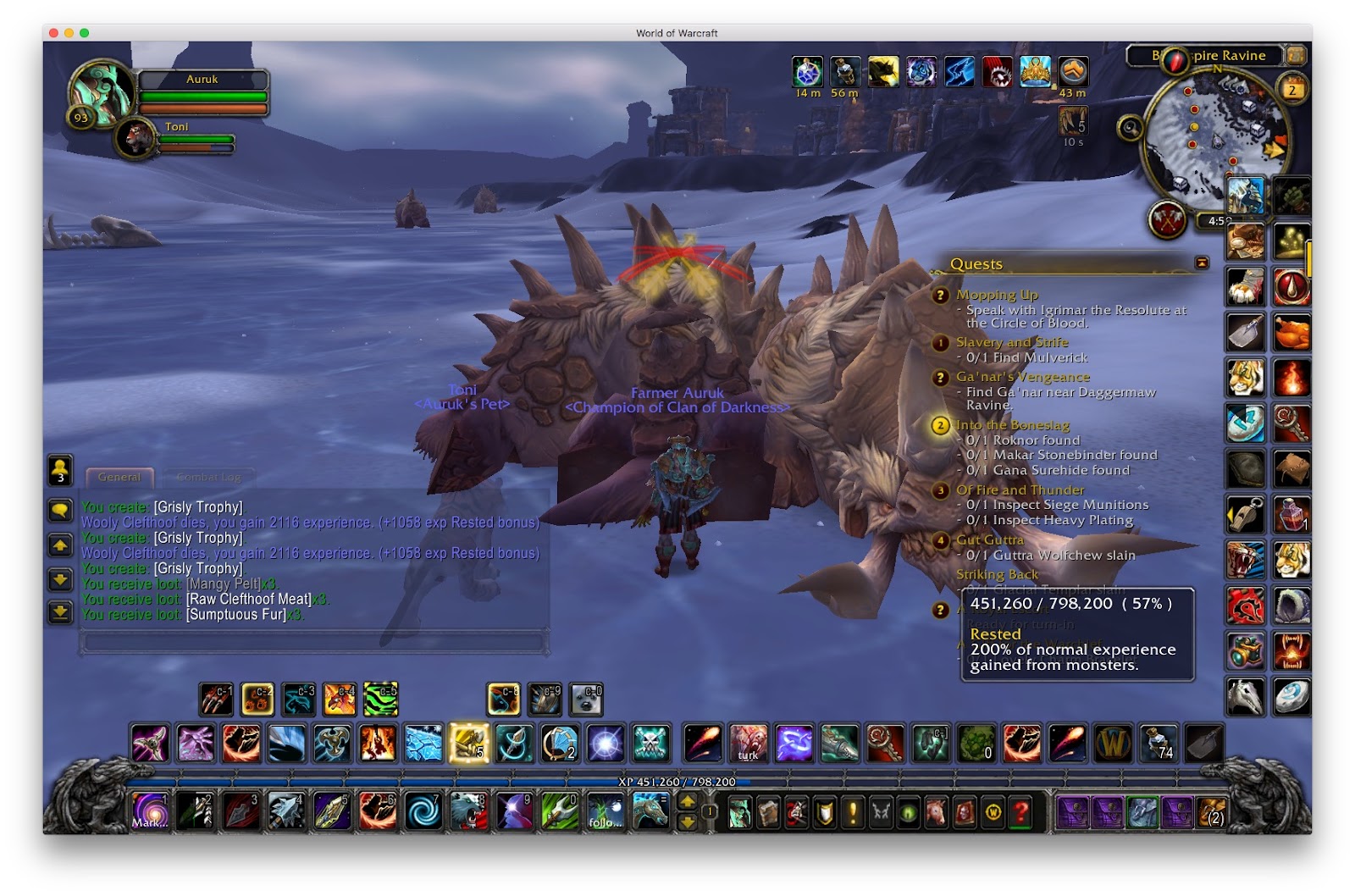 I have my OneNote ready for viewing.  Anyone can click the link and have it open, or you can download a copy of it and make your own changes.  As I update it with different things, the link will update as well.  Happy battling!

Noobs was kind of sparse this week, just Grand Nagus, Shinn, and myself.  We did Blackwing Lair again, still no drop for GN’s sword, but Shinn got the Untamed Hatchling pet from Razorgore. And we found out that Rogues can no longer disable the pylons with the slowing gas.  :/ 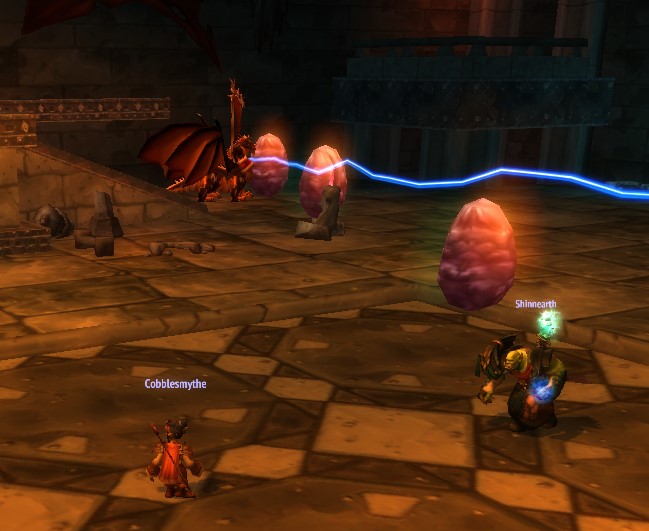 Grand Nagus and I then went to take out Onyxia.  Shortest.  Raid.  Ever. 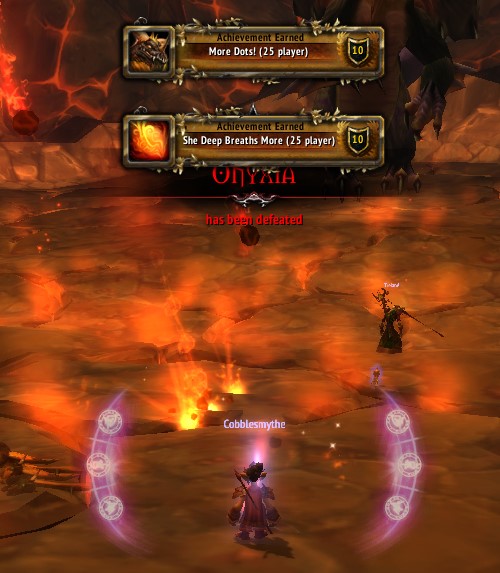 Then we did Throne of the Four Winds.  Second shortest raid ever.  ;) 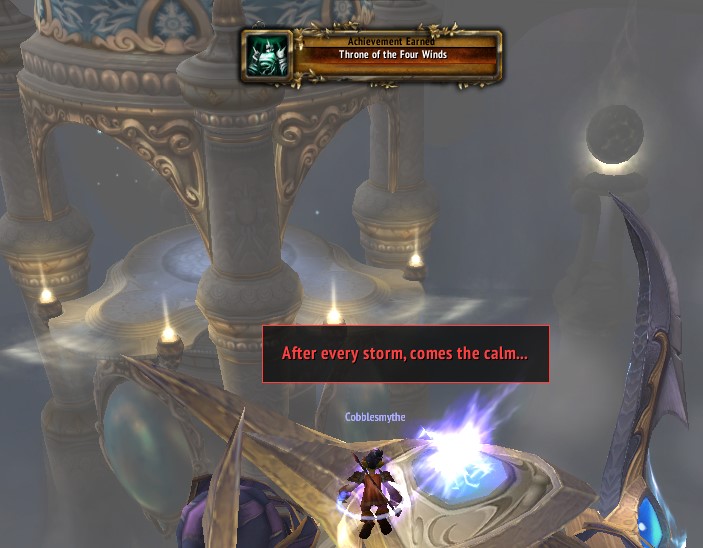 I then went a bit of dig-dig-digging in the old world.  My next creation from fossils is the Fossilized Hatchling!  Yay!  Finally!  Just need to go clear out the junk so some more fossil digsites appear.  Can’t wait to use my fossilized raptor mount with that pet!  #matching 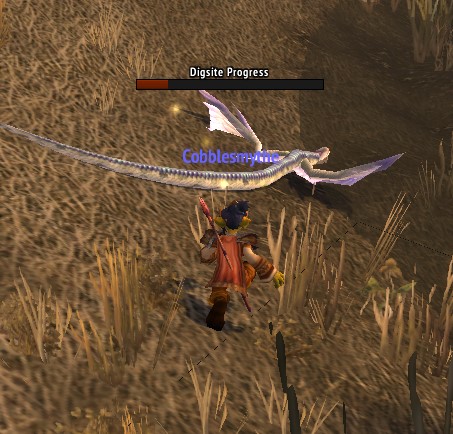 Ran AQ.  Again.  Nothing.  Again.  But I did set up for a pretty spectacular (IMHO) screenshot.  This is about three hallways worth of bugs, and two bosses.  :)  Took them all out with a single arcane explosion. 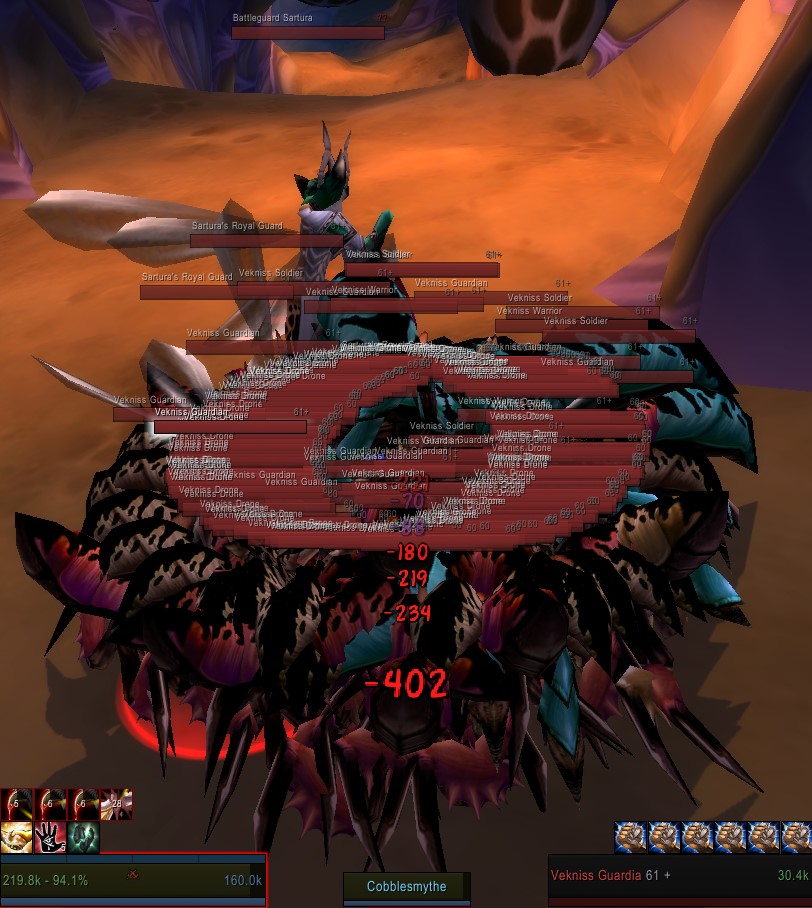 I ran Naxx, and as I was clearing up bag space (thank you, 8th guild bank tab!!!) I noticed that the Giant Bone Spider had dropped from Maexxna!  For a spider, it actually isn’t so bad.  Thankfully, it’s not actually *giant*! 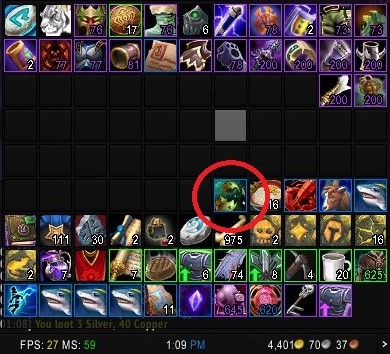 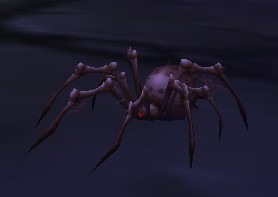 And I did it again!  Went outside the raid to sell the trash, and found the Blighted Spore in my bags!  Guess I was extra clueless that day. 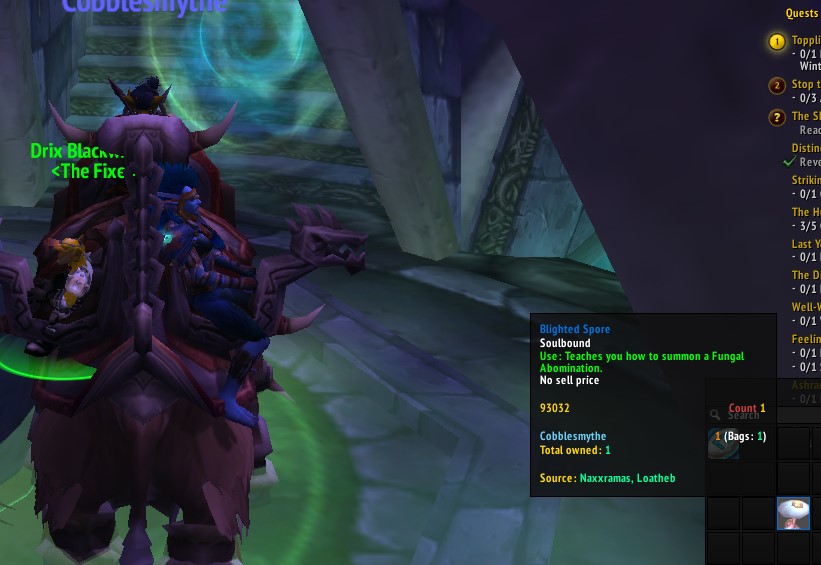 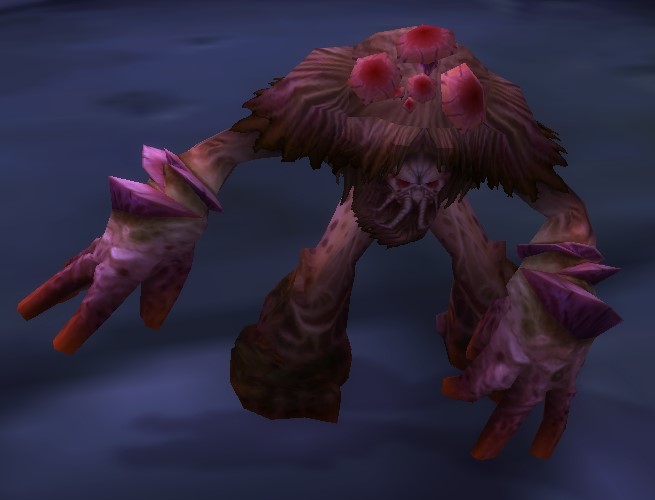 Signed in the next morning to mail.  Guildies are awesome, thank you soooooo much Duvessae!  And I’m glad the tip worked out for you!
(pets included are the Viscidus Globule, Mini Mindslayer, Phoenix Hawk Hatchling, Pocket Reaver, and the Ravasaur Hatchling.)  Now I only need the Stitched Pup to get Raiding with Leashes (the first!)  Though, this is me.  I’m still going to have to make them drop the pets for me.  ;) 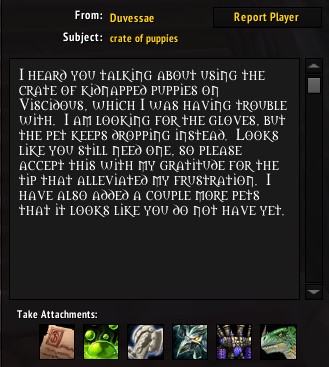 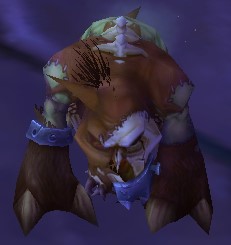 
Hello all.  Hope you enjoy this week's audio!


Good day Ctrl Alt WoW crew, hope you are all well? Kep here!
Well I’ve had a bit more time to play this week, due to my bad back and not being able to return to hospital placement! :(
Anyway, it been a mount palooza this week! Live on the show (last week) the Invincible reins dropped! (Or as Constraxx likes to call it ‘INVISIBLE’ reins).
I then decided to go on a bit of a mount buying spree! So I bought the Grand Ice Mammoth (a three seater mount from The Sons of Hodir), the reins of the Wooly Mammoth (from Dalaran), Rocktusk Battle Boar (from the garrison), Vial of the Sands, reins of the Crimson Deathcharger and the Grand Expedition Yak!
I thought my mount collecting was done (for now), however I decided to run through Zul’Gurub and the reins of the swift Zulian Panter dropped!! (which was awesome!). And to make things even better, whilst in Tannananan I tried the ‘hunter’s seeking crystal’ (a teleport stone) hoping for the teleport to face Xemirkol! The screen loaded, I knew I was going to be face to face with him any second! I buffed up, the adrenaline kicked in and I attacked! I timed it just right and slay him quite quickly! Giving me the feat of strength and the ‘THE PREDATOR’ title!!
I also attended a beach party in Tanaris – which was fun! I have been back to the Argent tournament grounds where I had forgotten how to joust! Been back to my farm everyday (to farm rep). Oh and 3 new level 100 alts! Pally, Priest and (another) Mage!
I also ran AQ and got all the different battle tank colours including the feat of strength ‘Why? Because it’s red’, giving me the red battle tank.
And to finish it all off; I finally got ‘The Seeker’ title (which has taken me years as I don’t really like questing!). And the ‘Field Photographer’ title – which was fun visiting all the places I hadn’t been for a long time!
It’s been a busy and awesome week!!
Anyway, Take care all
I’ll miss you!
Kep (and Kuhok) - Argent Dawn EU
P.S. Just to add to the tannan lunker talk from last week (in the chat room). The best place I have found to farm them is right near the Ogre waystone portal, as the pools re-spawn quite quickly and there are some mining nodes and herbs around for some extra cash.
P.P.S. I am already a big fan of the Grand Expedition Yak! Being able to transmog any place anywhere is awesome! I should have bought one AGES ago!
Bye! 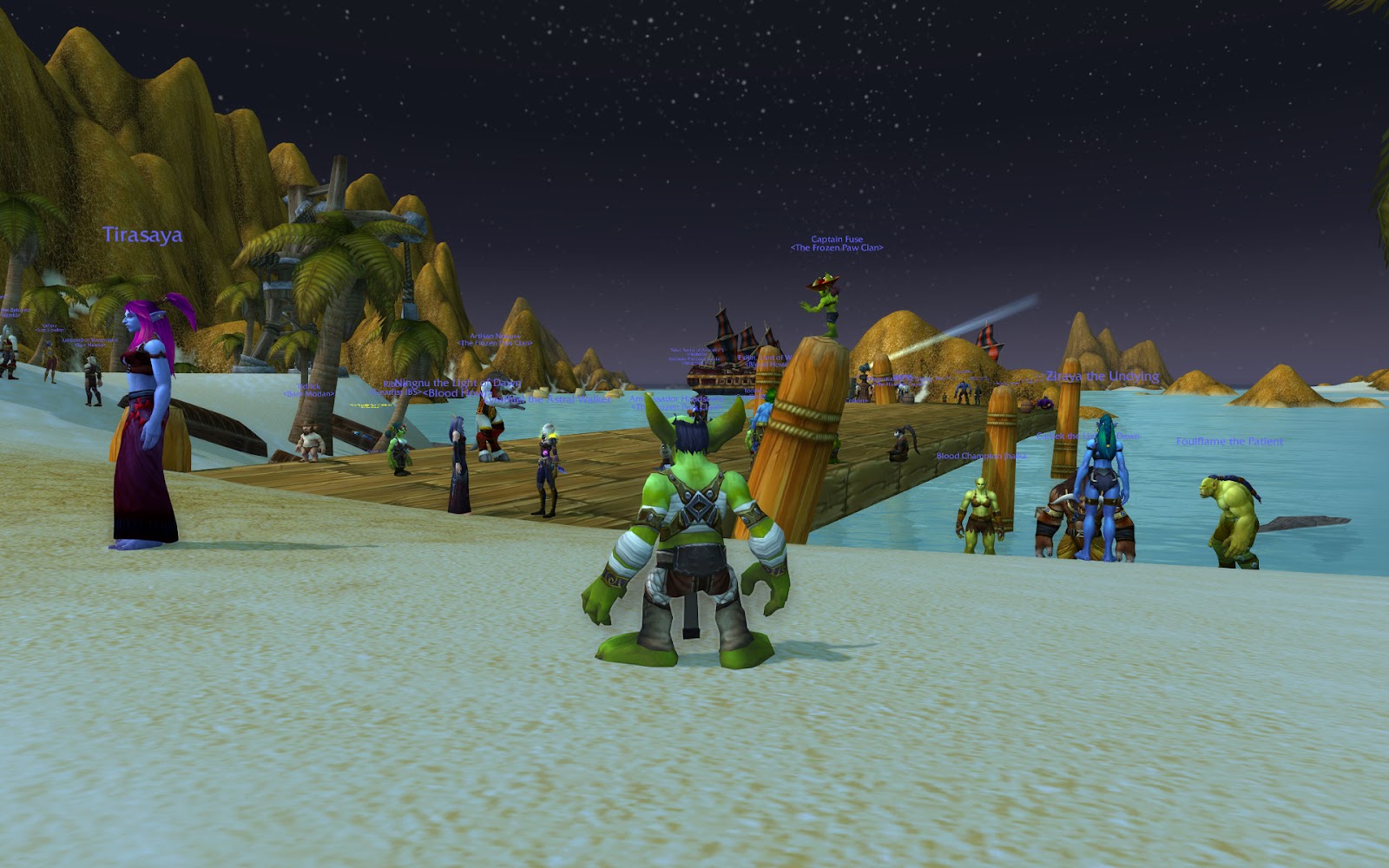 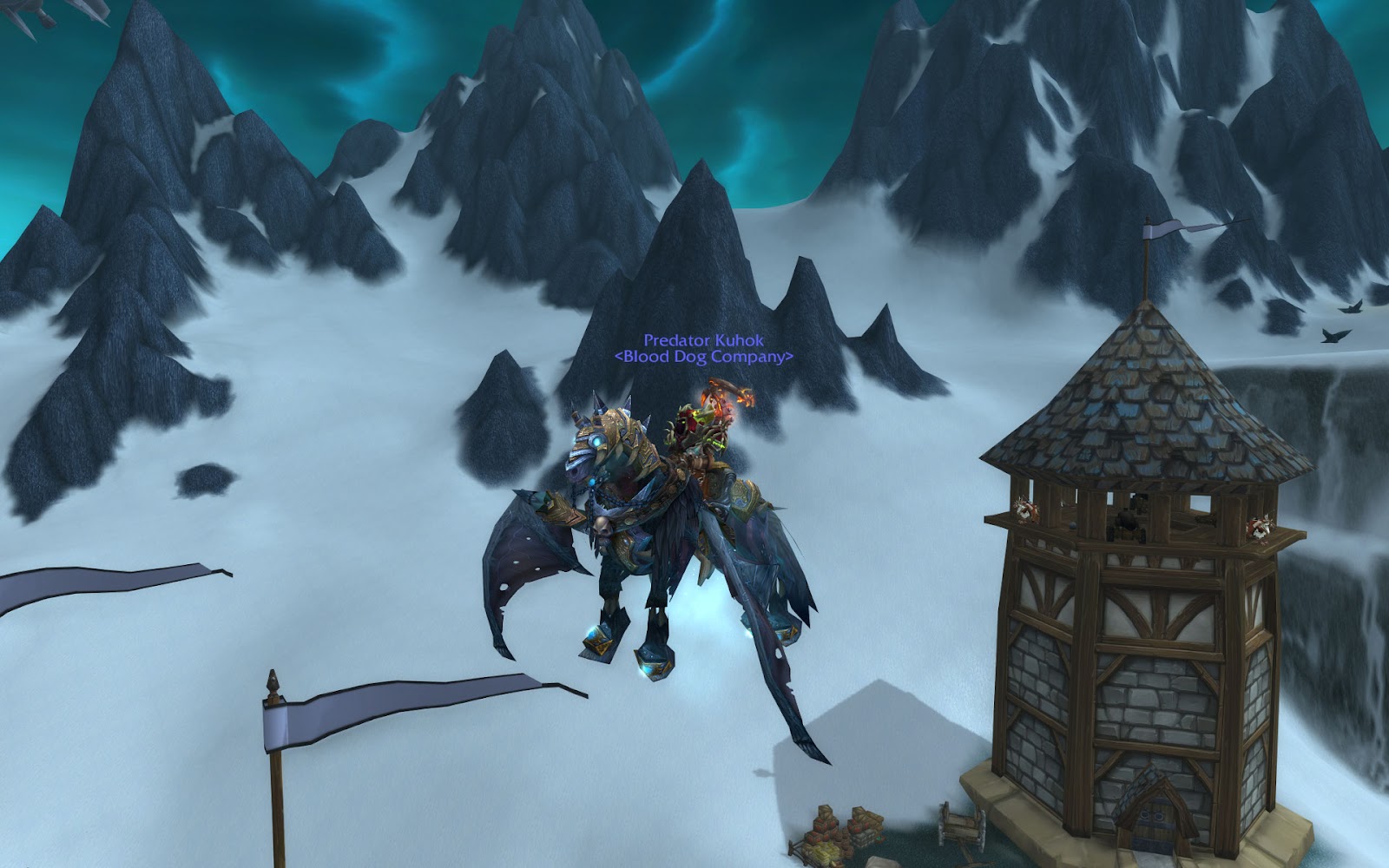 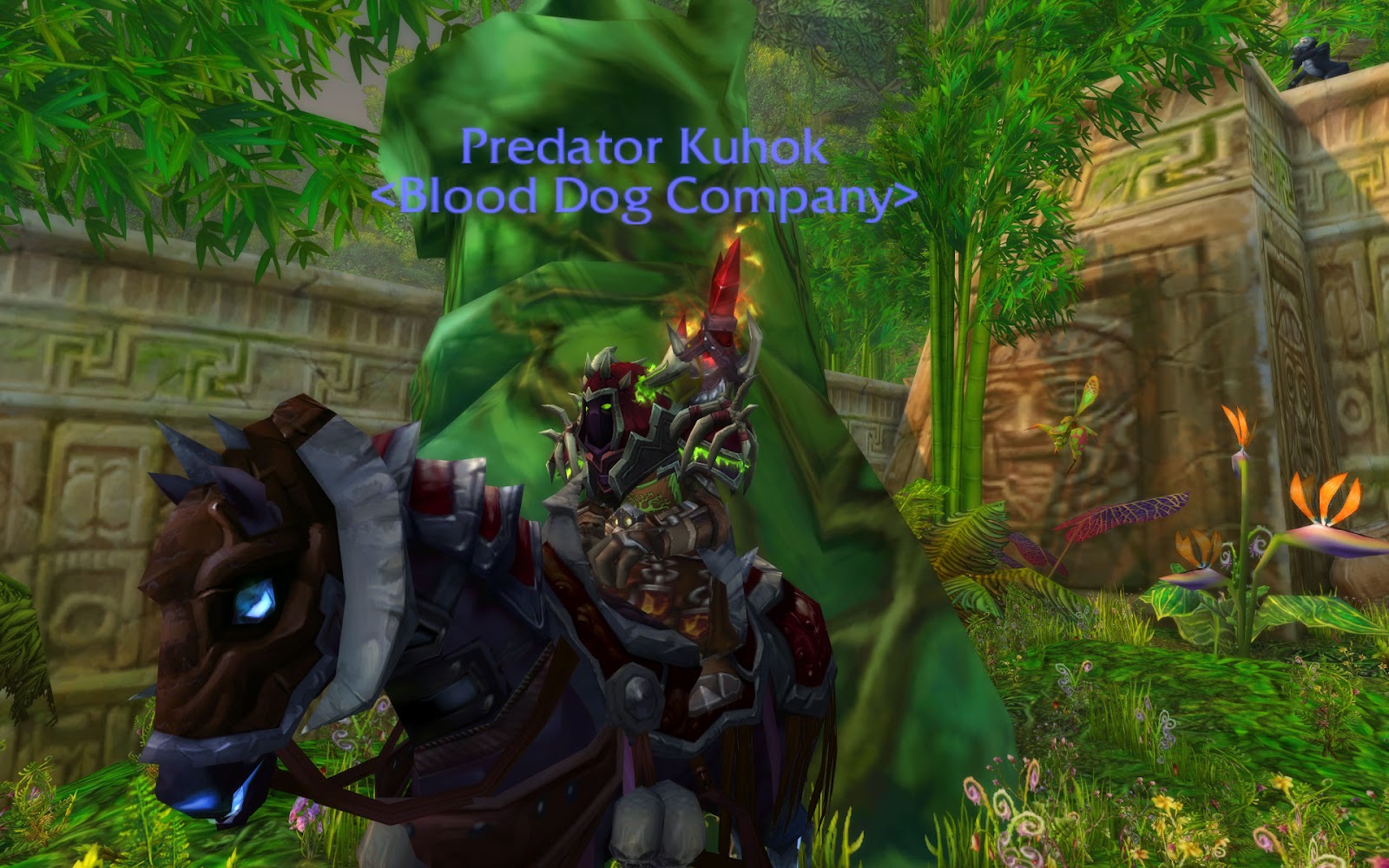 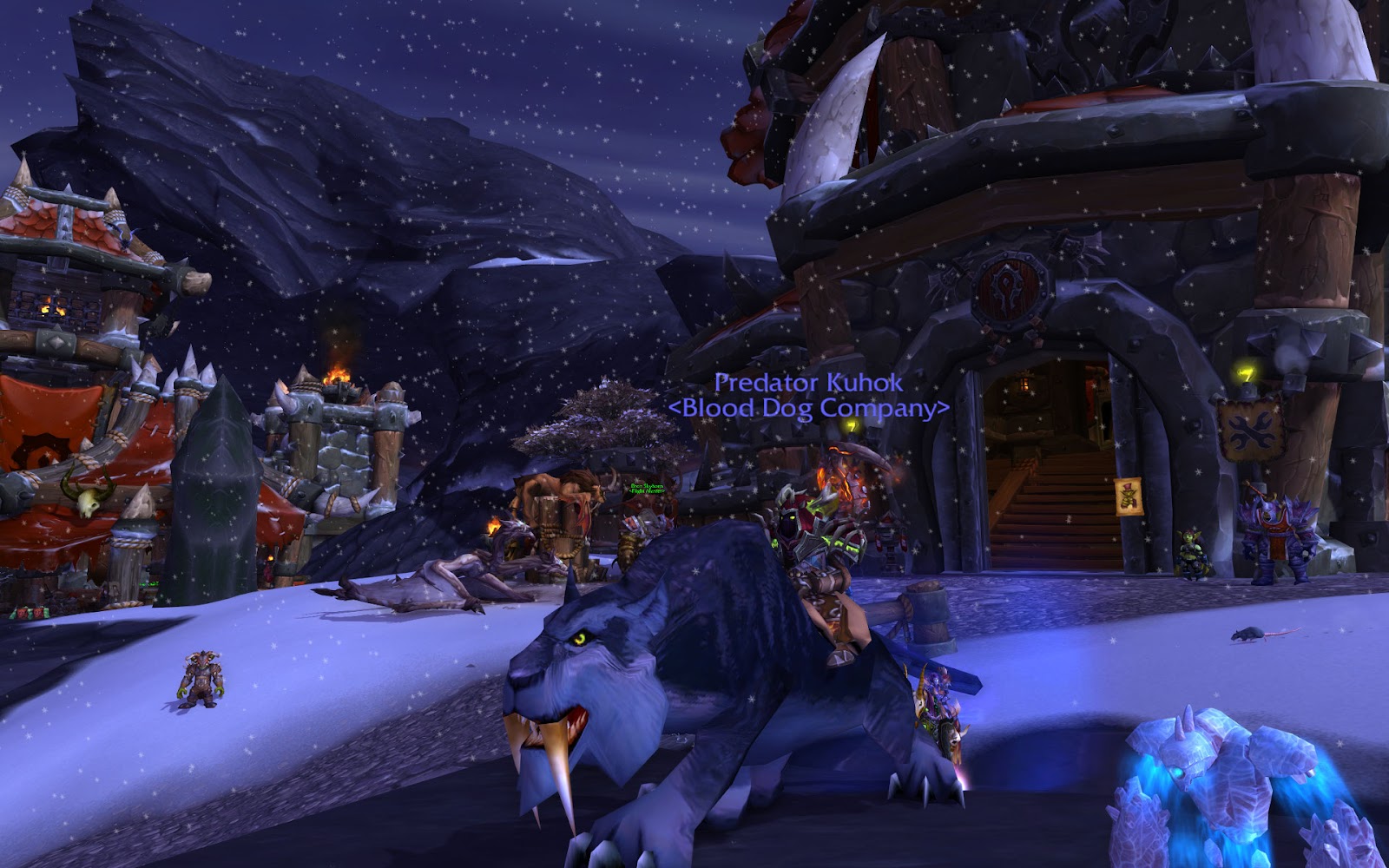 Hi everyone - For today's updates, I brought my macbook down to the shores of Tanaan Jungle (okay, South Yarmouth...) for the recording. I hope you enjoy the wind and the waves!