Hello Sweeties!
Here's my audio for this week! I do prattle on abit as I am very tired lol and after I finished recording I forgot I was going to mention and thank Rain for our lovely chat in Discord today! Hehe <3


Anyway off to sleep for me!


Have a great show! 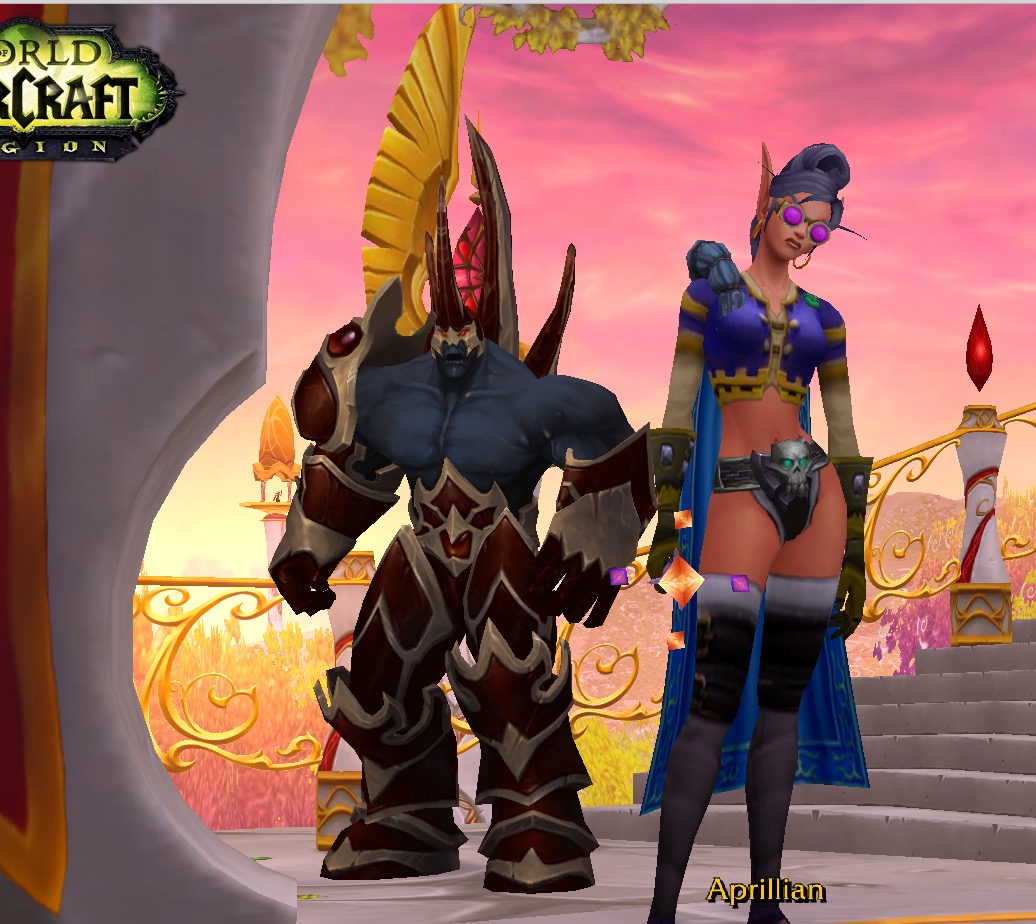 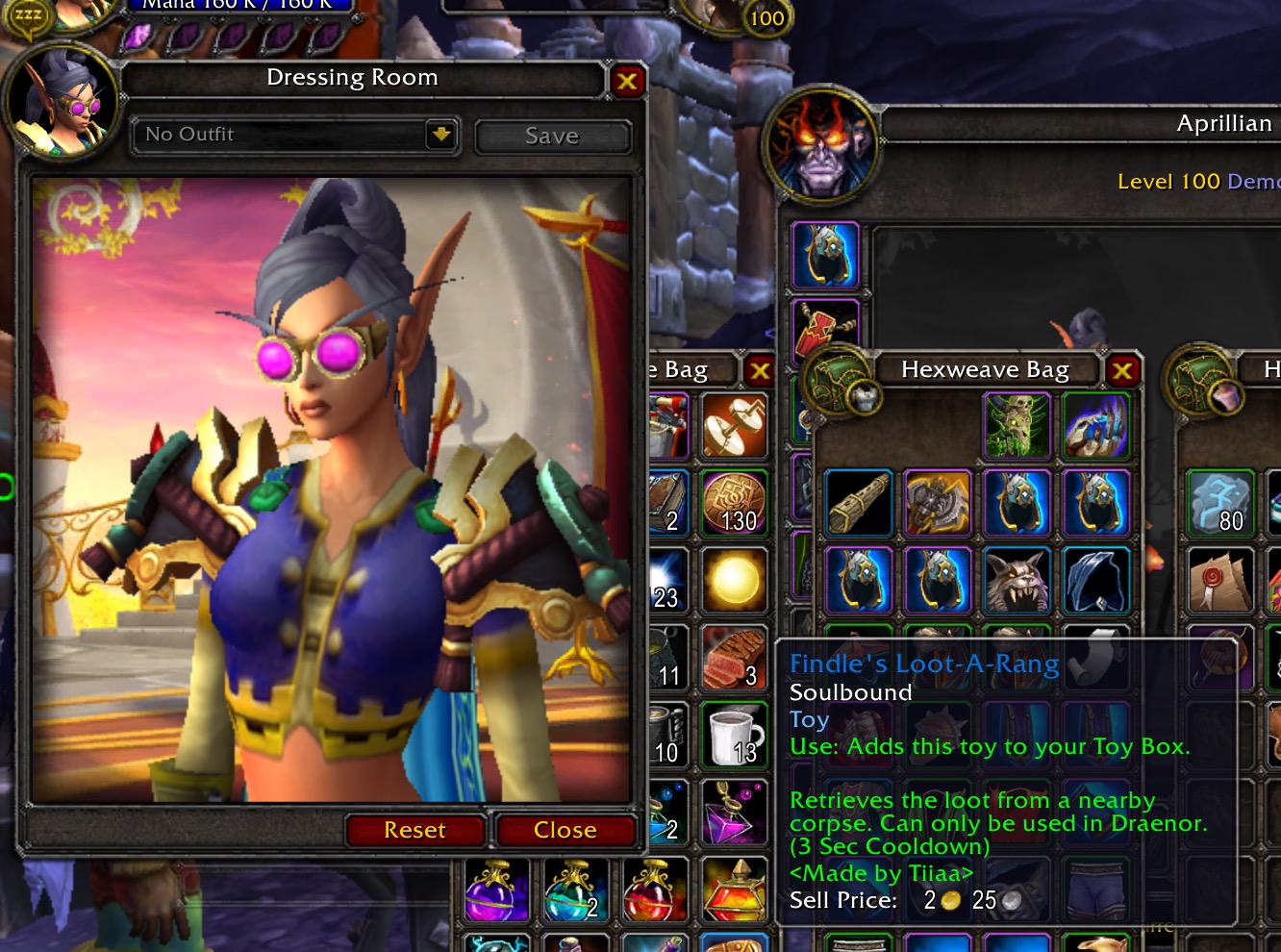 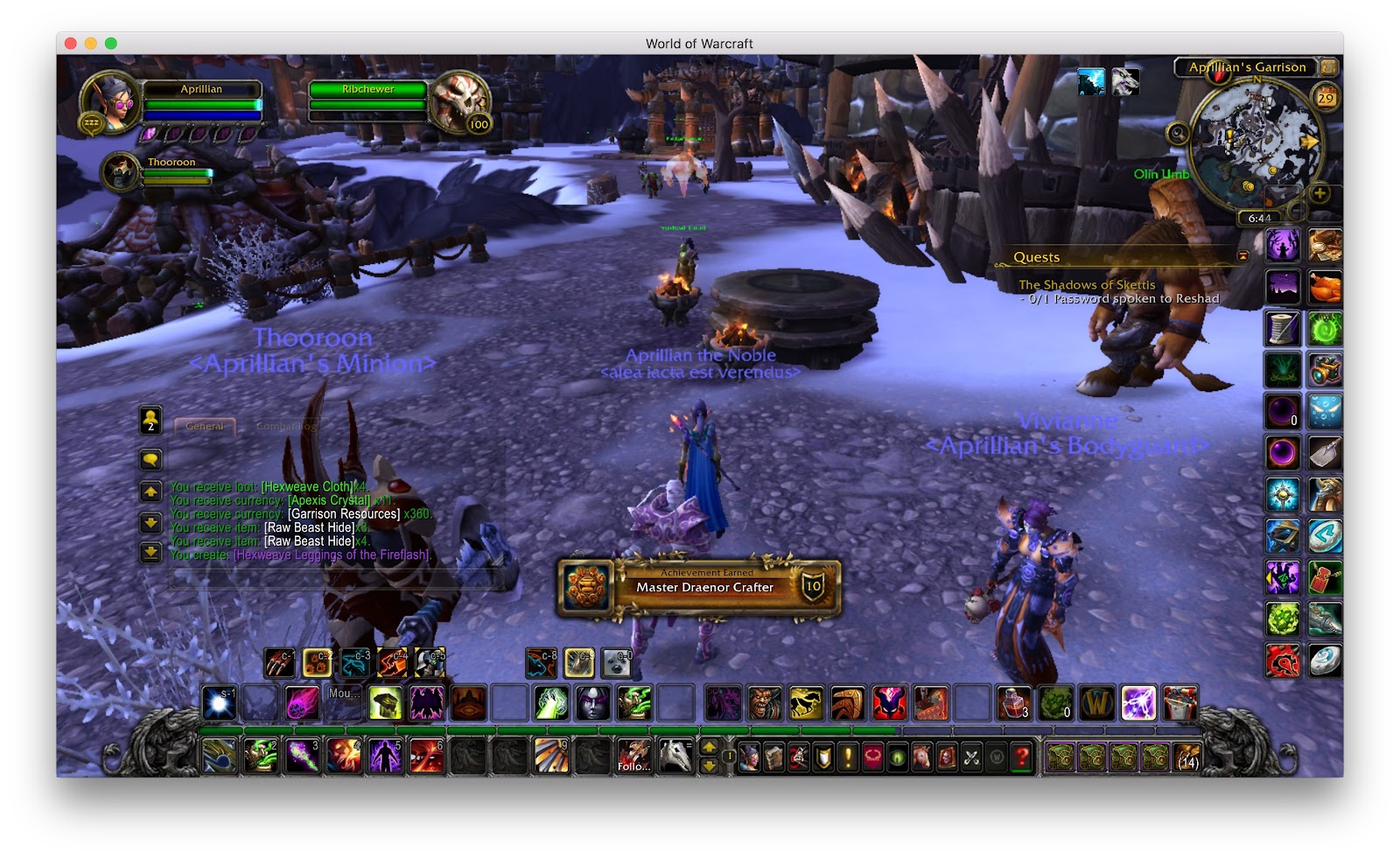 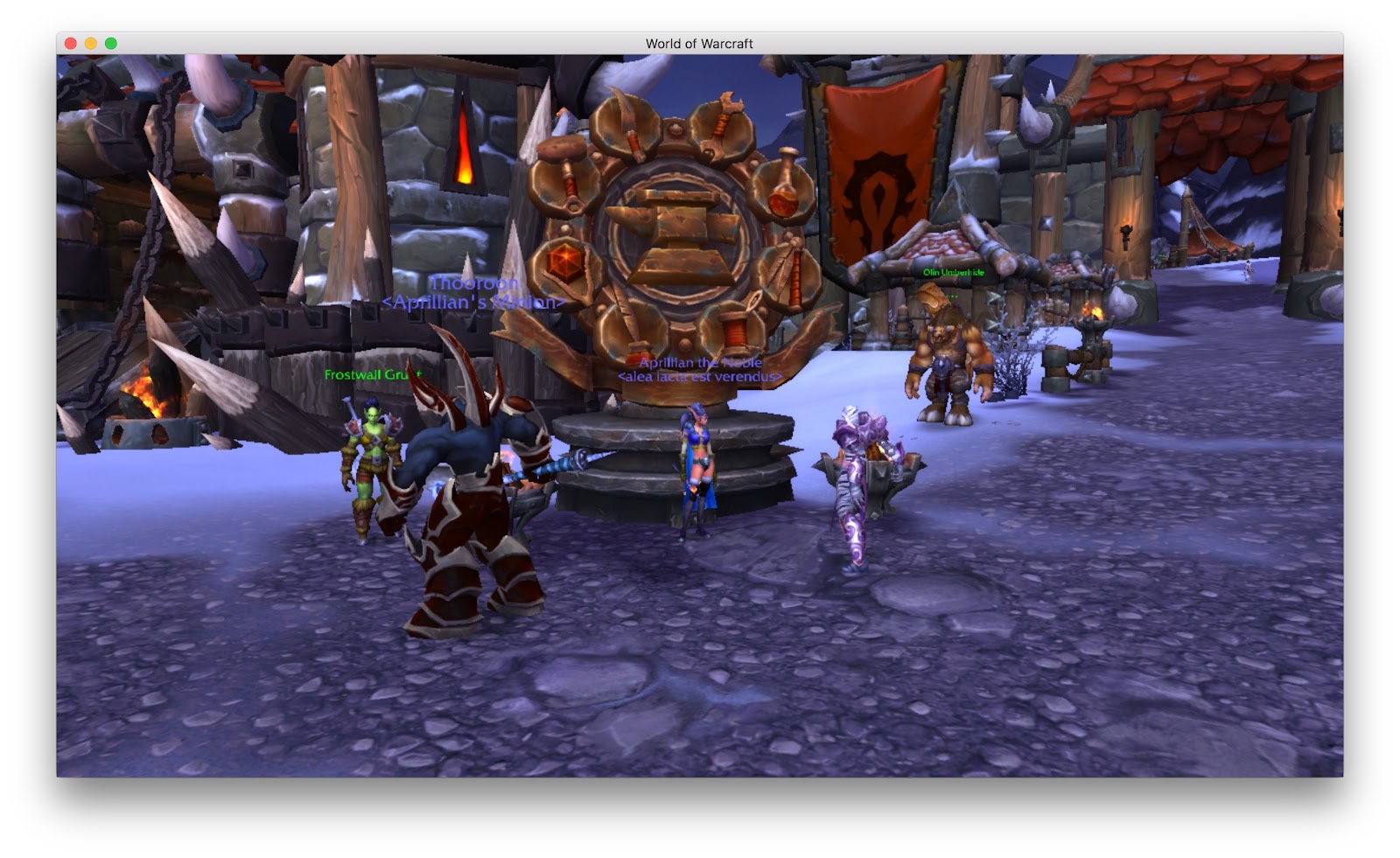 During the show last week, I got all the pamphlets from the Harbingers and got the

achievement!
So, I took my goblins into the mine and noticed something odd...did Blizz or the female goblins figure something out that we don’t know about mining picks? 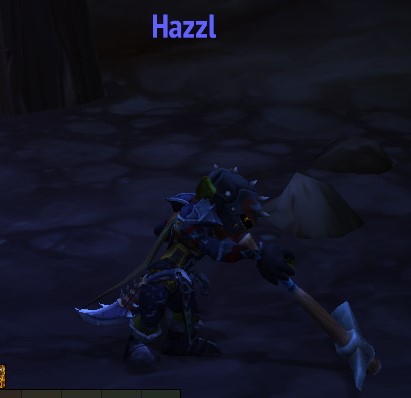 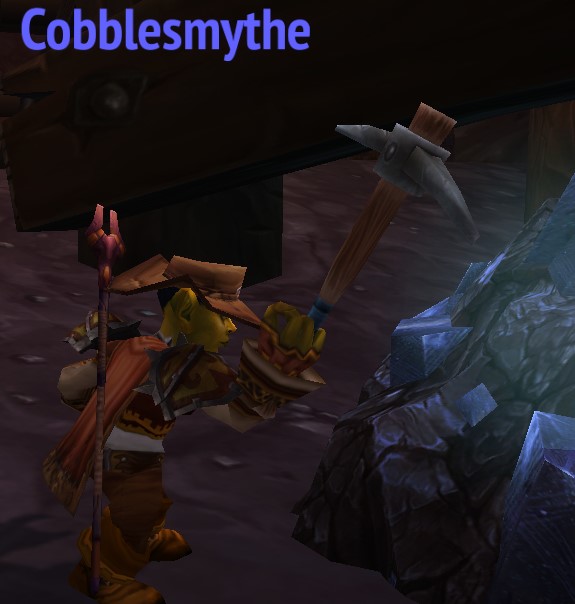 Went into Karazhan and they have finally changed the friendly NPCs into ghosts! 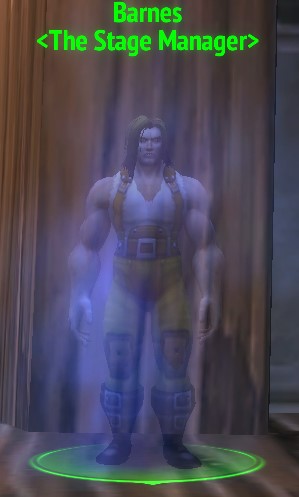 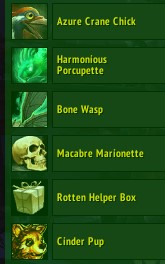 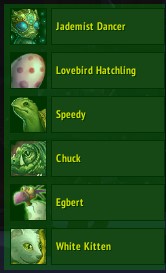 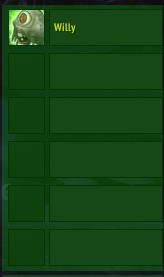 I did Tempest Keep and got two pet drops, the Pocket Reaver and the Lesser Voidcaller! 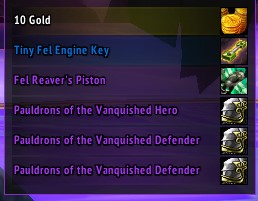 Last night I snuck into the new Karazhan Catacombs and it’s pretty!  Just tried to get back in to take screenshots but they made it so that you can’t ghostwalk in!  :( 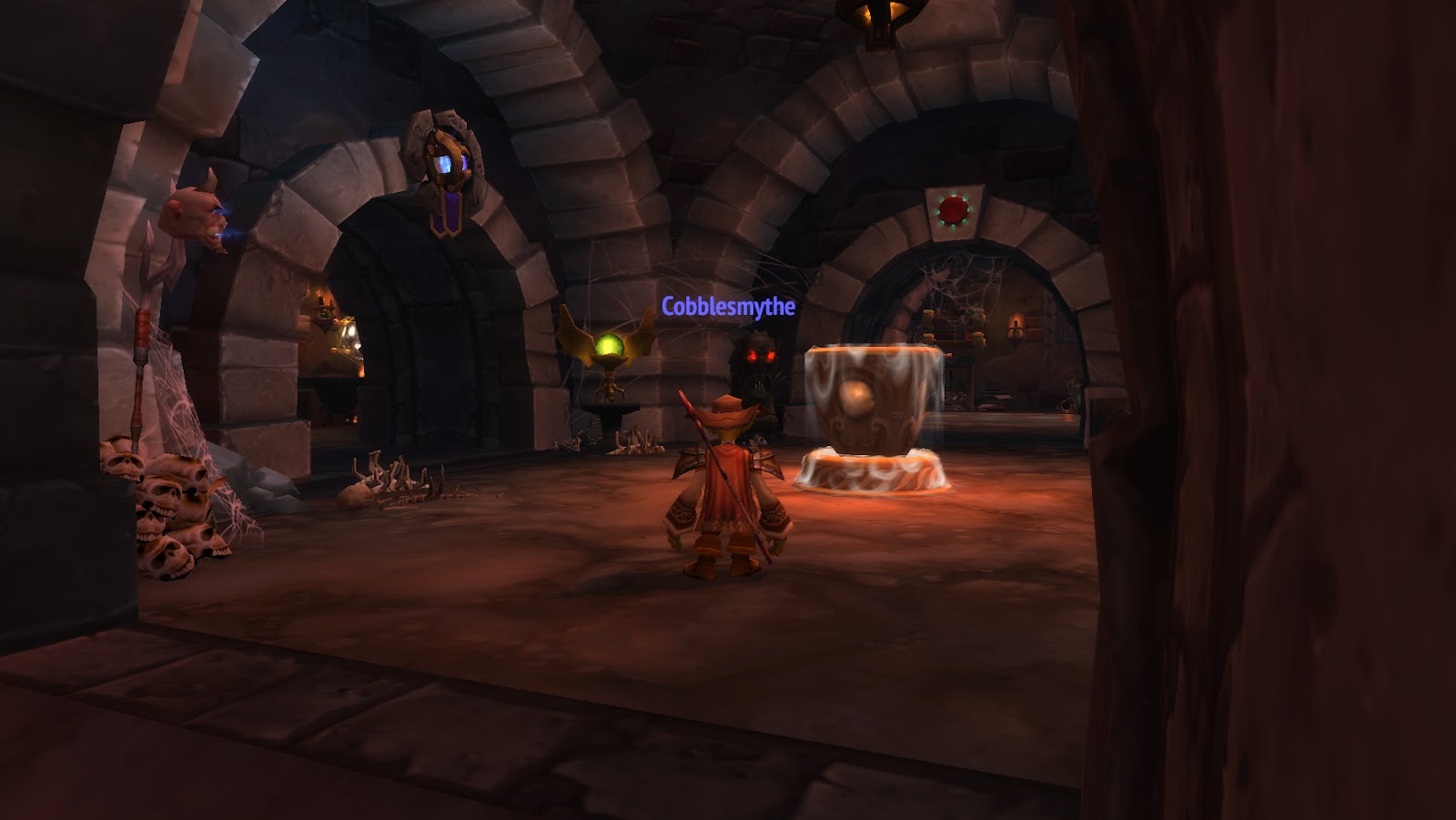 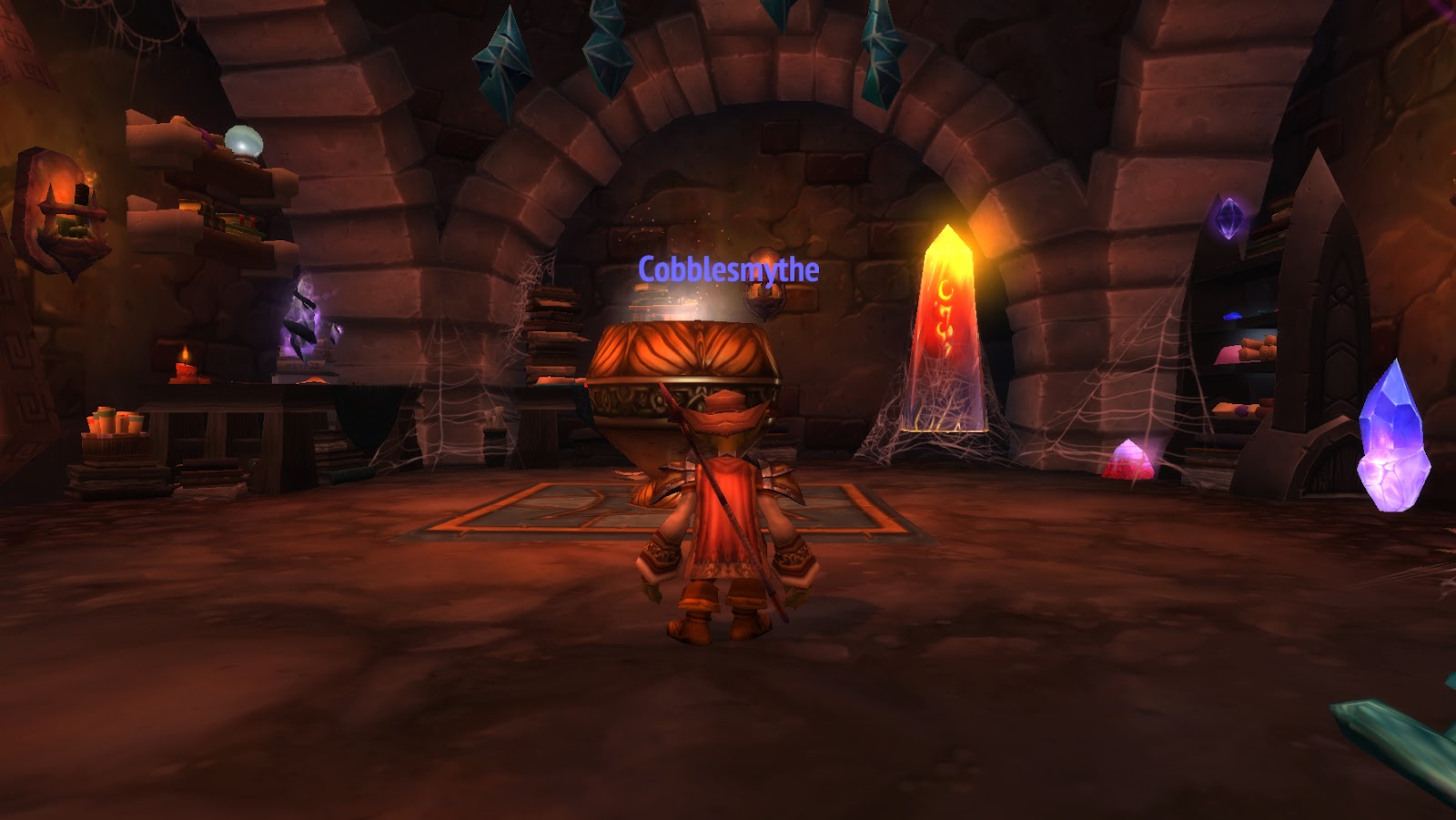 I did Serpentshrine before the show and didn’t get a single good drop.  :(


I’m finding double tap to be a bit annoying...especially in the mines.  It doesn’t go away after it’s been tapped which gets frustrating since I go looking for the node that I think is there when it’s only there for someone else.


But to end on a good note, I finally got


been listening for about 50 episodes and i real like how you do stuff... Alts the only way to play.


P.s Grand Nagus you are like a wise beacon of light. forever may you light shine down on us.


Sorry no audio from me, been one heck of a week and just haven't had time to play.  On the bright side this is the last week of summer classes so as soon as I get everything done that I need to get done I should have some free time to play again.  I'm afraid though, because when I do find time to play I'm going to be so incredibly overwhelmed trying to relearn how to play my characters and refigure my action bars and sort out my banks and open savage crates and move gear to characters that can equip it to update wardrobe and ... ...  I'm almost exhausted just thinking about it!


Hope you enjoy this clip from episode 271.  Aprillian, Jeppy, Ren, and Teedra were hosting, and the clip is pieces of Juuno and Pixie Girl's email.
Kyle


Good day Ctrl Alt WoW crew, hope you are all well? Kep here!
Well not too much to report this week! Been busy with a drug calculation exam and writing a 4000/6000-word assignment on Public Health!! /horrible
Only a few things week. Been collecting transmog for Kep and Kuhok [screen shots attached – you can find them at ctrlaltwow.blogspot.com :D ].
I’m not sure how much people are aware of this, but people are setting up big garrison fishing raids in an attempt to catch the turtles. I joined one the other day and its pretty crazy! Loot everywhere, including the Epic Riding Turtle which dropped for me after about an hour!! VERY happy with that!
You can also fish up coins for Nat Pagel, I got about 40/50 (an hour). But sadly no lunkers.
Anyway, tips if you’re going to try this:
1.       Create as much bag space as possible – you’ll need it!
2.       Buy the ‘Findle’s loot-a-rang’ [toy], this just makes it a lot quicker and you don’t have to move!
Take care all
I’ll miss you!
Kep 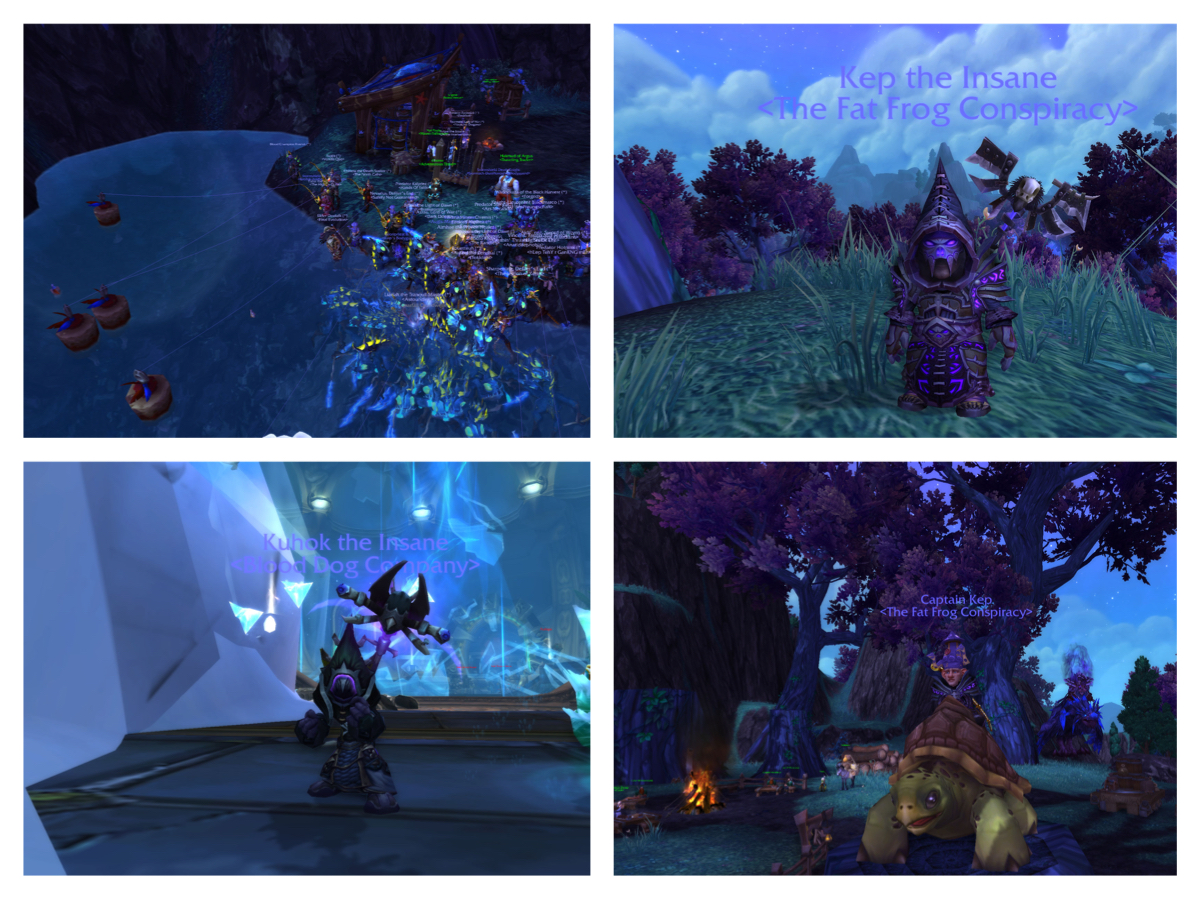 Sorry for the lack of audio this week but it's been another 6 day work week with junk mail and the like so my game time has been limited to say the least 5 day week coming up so hopefully get some WoW time this week. On the plus side I got my virtual ticket and goodie bag in a box as well now hers hoping a legion murloc this year.


And for grappling hook to the face mother F'er
Big G


Sae here with a loooooong overdue submission for you!


I've had quite the busy time since I last sent in anything, both in game and out. But in game is clearly the most important  here. :) So for my Clan of Darkness toons, I managed to hit 100 on my blood elf paladin! Very excited about that, and now he's looking very fine in his new transmog I stole from my human pally lol.


I also started a new challenge toon, named Punchy Mcface, and he's a Bloodthirsty who is going to literally punch his way to level cap. I decided Punchy is never going to leave the starting gear he's been given, and is going to simply punch mobs until he hits the top! But since I did almost for at level 5 already, I dont see that happening. :P


In other news, I've spent most of my time trying to get one room of every class to 100 before Legion drops. The only class I have left is warrior, with my little gnome sitting at 66 right now. So much work to do before the expansion! I'm very excited for all the prepatch craziness to begin, especially as I'm predominantly a roleplayer and the demon invasions are going to be wild for my characters to deal with from that standpoint.


I should be off now, but I just want to shoot a quick thank you to Grand Nagus because all his add-on suggestions and the like lately have been a huge boon for me in game! You're awesome, GN!


Catch you all in game when I begin my punching festivities on my bloodthirsty  later!


Here is how you unlock the controls for the addon ArkInventory, you can download it here:
https://mods.curse.com/addons/wow/ark-inventory
Now as for the unlock, this is how you do it:
Go to Config / Controls
Under Blueprint for Bags if it says [9999] * Default for Style, Layout and Category, change them to <[4 Numbers]><Character Name><Server>-Bag. Reload UI if your bags have not changed. Repeat steps for Bank, Guild Bank and so on. ex: <[4 Numbers]><Character Name><Server>-Bank, <[4 Numbers]>*<Character Name><Server>-Guild Bank.They really changed the addon’s config, not sure why they did it, but they must have had a reason, but with this you should be able to get the old functionality back, there might be some resets with regard to items assigned to categories, but that shouldn’t be to hard to fix, just re-assign the items the categories are not gone, you just might have to re-assign them, but to do that, you need to go thru the steps i put in red.
Hope this works for everyone.

Hey everybody - Here are this week's guild updates. There's a new level 10 with a name you may have heard before - Ironsillines. Yes, my level 43 undead warlock iron didn't have an easy go of it transitioning to the new spells, and about ten minutes in she lost the battle. But she's handed her moniker off to a new undead warlock iron, who can learn the modified ropes from the ground up. I hope everyone else is having a smoother sail, and a great week!
-Rogueslayer