Aprillian, Ashayo, Virshna and Jeppy discuss another week of playing World of Warcraft, Blizzard's great MMORPG. Contest Ongoing send an email to ctrlaltwow@gmail.com telling us how you play WoW, either as an altaholic or dealing with it in your family life to being placed in a drawing for a month free of WoW or a $10 iTunes Gift Card or an Authenticator. 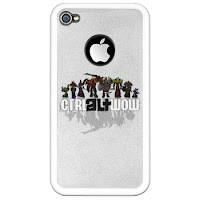 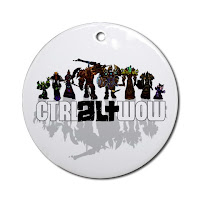 Hunter Trainer in Crossroads?
Deviate hides are lootable for everyone
Torn between getting my warlocks to 42
Monday morning, wow, IF is deserted
Maps inside the instances!!!!!!
Anyone can use the AH in Dal!!
Running my Level 36 warlock on WH through Uldaman with my level 68 Pally
Wasn't getting gnome rep, but then Tues evening started getting it.
Leaving my mages and some of my toons hearthed in dal
RAF summoning reduced to 30mins

Do you guys know about this addon called Altaholic? It's for tracking everything about all your alts. I haven't heard you talk about anything like it but it sure sounds like something you could all use. Here's a link: http://www.wowinterface.com/downloads/info8533-Altoholic.html

So I got into playing again, then recorded this. Hope you enjoy :)

2 side-notes:
1. Smack Vrishna (I sure hope that's spelled right) less. I cringe every time I hear that sound.
2. I heard on one of the shows that I listened to that you missed me. Awwwwwww.... I feel so loved :D

Posted by Aprillian at 3:38 PM